Come Face to Face with Destiny in Christine Larsen’s ORCS! #5 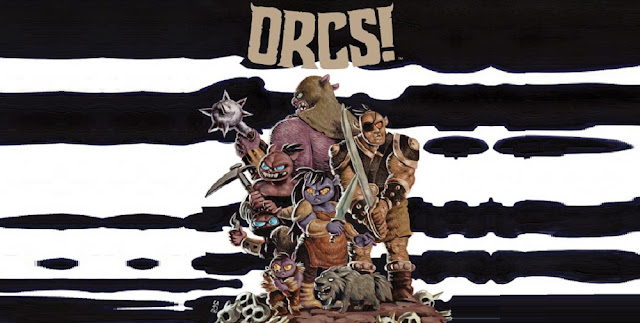 It's a secret to precisely no one that I'm a big lover of fantasy fiction. An avid player of Dungeons and Dragons, I keep myself clued up in magic and mystery, ghosts and goblins, and apparently Orcs! ORCS! is an ongoing title by BOOM! Studios. The independent company from Los Angeles California has a lot of pride for their whimsical art and high antics stories. 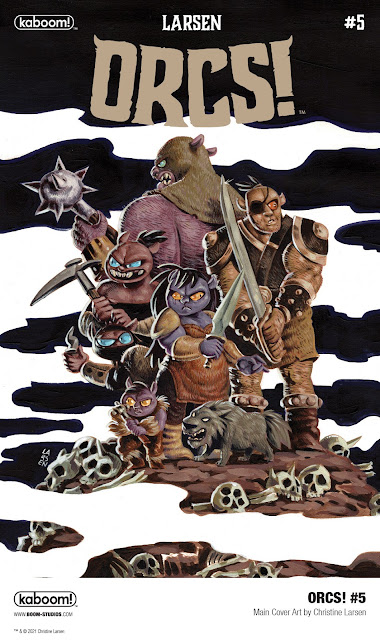 BOOM! Studios today revealed a first look at ORCS! #5, the next issue in the delightfully riveting original six-issue comic book series, by cartoonist Christine Larsen (Adventure Time, By Night), about a band of misfit Orcs who set off into the great, wide Known World in search of glory and gold, but find that the real treasures were the friends they made along the way.

Whew! As Bog, Pez, Zep, Gurh, and Utzu catch their breath from their hijinks and misadventures, the Orcs hatch a plan to get back home. Except that Pez and Zep aren’t sure it’s even worth trying to go back. But the debate may be moot as they are literally swept away and brought face-to-face with… destiny?!

Print copies of ORCS! #5 featuring main cover art by series artist Christine Larsen, as well as variant cover art by Sweeney Boo (Eat, And Love Yourself) and Andrew MacLean (Head Lopper), will be available for sale on June 9, 2021 exclusively at local comic book shops (use comicshoplocator.com to find the nearest one) or at the BOOM! Studios webstore. Digital copies can be purchased from content providers, including comiXology, iBooks, Google Play, and Kindle.

For continuing news on ORCS! and more from BOOM! Studios, stay tuned to www.boom-studios.com and follow @boomstudios on Twitter. 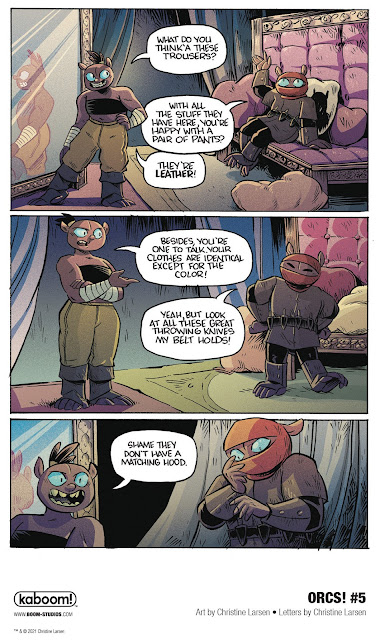 BOOM! Studios was founded by Ross Richie in 2005 with the singular focus of creating world-class comic book and graphic novel storytelling for all audiences. Through the development of four distinct imprints—BOOM! Studios, BOOM! Box, KaBOOM!, and Archaia—BOOM! has produced award-winning original work, including Lumberjanes, Once & Future, Something is Killing The Children, Giant Days, and Mouse Guard, while also breaking new ground with established licenses such as Buffy The Vampire Slayer, Firefly, WWE, Mighty Morphin Power Rangers, Cartoon Network, and The Jim Henson Company properties. BOOM! will also bring their original series to life through unique first-look relationships with 20th Television and with Netflix for TV. Please visit www.boom-studios.com for more information.

Exciting stuff indeed. I love this take on the genre, presented in titles like The Adventure Zone or All For 1 in live-action.