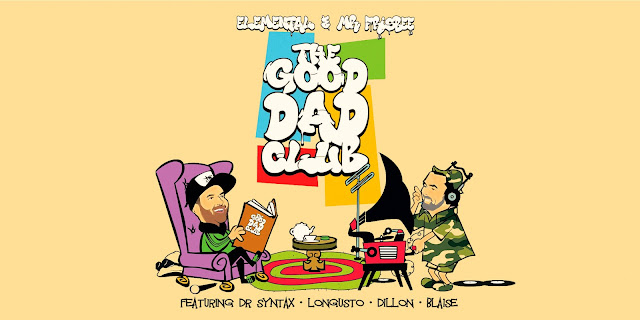 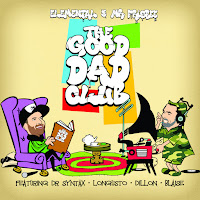 Review by Steve J. Ray
Receiving a new album by Paul Alborough and any of his amazing friends is always a welcome treat, so you can imagine my joy at finding an advance review copy of “The Good Dad Club” in my inbox this week.
I’ve had the album playing on a loop for the last four days, and it’s a keeper.
As you may have noticed from the title, this is NOT a Professor Elemental album. Instead, the loquacious Mr Alborough is simply credited as “Elemental”. Is this a factor in the content of the album? Absolutely. Does it hamper or affect the quality? Definitely not. “The Good Dad Club” is a more serious rap album than the works of Professor Elemental.
By serious, I don’t mean that we’re getting an overtly political album bemoaning climate change, deforestation, gun control, or Boris Johnson’s politics (ish). What I’m saying is that the Elemental one is flexing and extending his rap range a little more; freestyling, and revelling in exercising his musical muscles.
We still get all the humour, sarcasm, fun and frolics we love him for; just no talking swans, Orangutan butlers, or steampunk shenanigans. I love all of those things dearly, but it’s a refreshing change not to have them. With this release, I feel that some shackles may have been loosened, and creativity allowed to flow back into my favourite Emcee’s soul. Think of the early "Rebel Without Applause" years… but without the dodgy London accent.

The great thing is that we still get the list of usual suspects collaborating on the album. What’s magic about hearing Doctor Syntax, Mr Frisbee, and Nick Maxwell, is that we still get all the familiar feelings, but married to a fresh rap style. “The Good Dad Club” is as familiar and comfortable as our favourite pair of boxer shorts, but as exciting as wearing them over our trousers, to go out and fight crime.
The album also features guest appearances by Longusto, Dillon and Blaise, and – quite honestly – there isn’t a track on the release that I don’t like. The beats drop like ice-cold atom bombs, and the DJ cuts are sharper than an angry wife’s tongue. This is a great album with a 90s feel-good vibe, and it’s a celebration of fatherhood, too. What it also does hilariously, is dig at some of the men we know who aren’t great dads, or even decent human beings. It doesn’t name names, but we can all recognise who Paul and the gang are talking about. 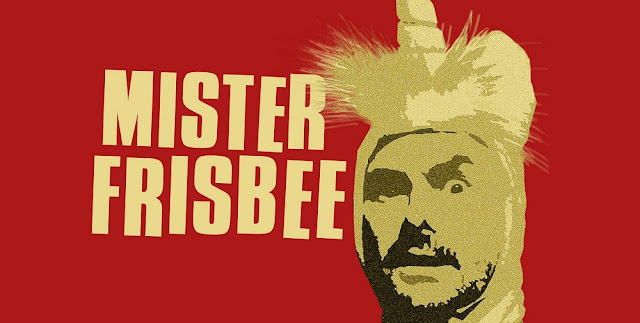 The standout tracks for me are “Beta Male”, and “Nothing Stays Cool”. The first track feels like it could almost have been written specifically about me, or some of my closest friends. Being a dad in his early 50s is cool, dammit! Anyone who’s a parent knows that it’s the hardest, most fun, exhilarating, and torturous job in the world. Paul gets that and expresses it perfectly. On the flip side, I also recognise the d!(#head in “Nothing Stays Cool”… I know that guy, and I’m sure that you do too.
“The Good Dad Club” is the kind of album you want to play out loud, in the sun. Get your friends around, throw some steaks on the barbecue, break out some cold drinks, eat, drink, and be merry. The music is great, funky, fun, and beautifully produced. It sounds incredible on headphones, and just as good pumping through 100-watt speakers.

This is the album I’ve been waiting for since I first heard “Rappers Delight and “The Message”. I’ve lived through my teenage rebel years, I’ve had my share of heartbreak, hard work, joy, pain, and everything in between. I’m old, but I’m not dead yet, b!+(#e$!
So, all you silver foxes, dad-joke daredevils, and Street Sounds Hip-Hop Electro album fans of the 80s: grab yourself a copy of “ The Good Dad Club”, play it free, play it loud, stand up and declare, “I’m a dad... and I’m proud”.

Music, Images and Video Content Courtesy of the Artists