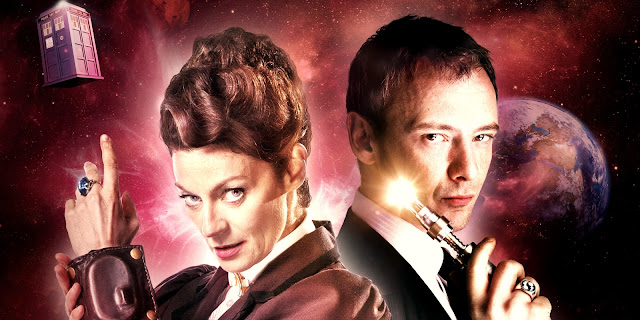 Doctor Who: Missy #3 delivers a trip through the BBC archives, as the wonderful creative team of Jody Houser, Roberta Ingranata, Enrica Angiolini and Comicraft visit the 70s, 80s, and 90s appearances of the master, before dropping us straight into the modern era. Every iteration of the nefarious villain gets a cameo, and it’s wonderful.

There are very few comics that are more “by fans, for fans” than Titans Comics’ Doctor Who. 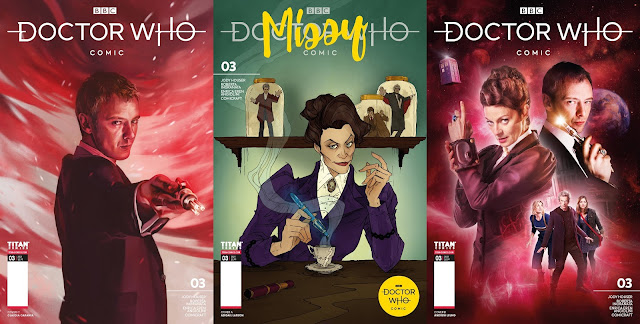 This series is proving to be doubly entertaining, not just because Jody Houser’s writing a great story, but also because she’s leaving readers more Easter Eggs than the most generous bunnies after a lottery win. I spotted glimpses of “Terror of the Autons” (1971), “The Deadly Assassin” (1976), “The Keeper of Traken” (1981), and “The Enemy Within” (A.K.A. The TV Movie) 1996, to name a few. After that, readers will recognise John Simms’ Master from “The End of Time” (2009/2010) and his latest (Sacha Dhawan) incarnation from Jodie Whittaker’s 2020 season.

As always, Roberta Ingranata and Enrica Angiolini have also done their homework, as their art matches the classic TV stories beautifully. It made me want to grab all my DVDs and start a Doctor Who vs The Master marathon. (My wife’s away on a business trip at the end of June, so I just might do that). 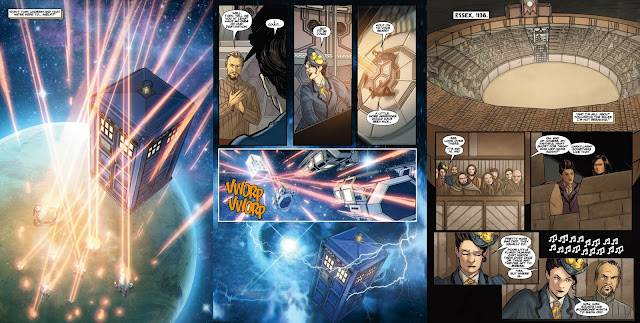 For me this has been the best issue of the series so far (that’s saying something) and I have nothing to complain about. Dialogue, characterization, art, colors, letters… everything about this story is top drawer, and each member of the creative team is going above and beyond the call of duty. 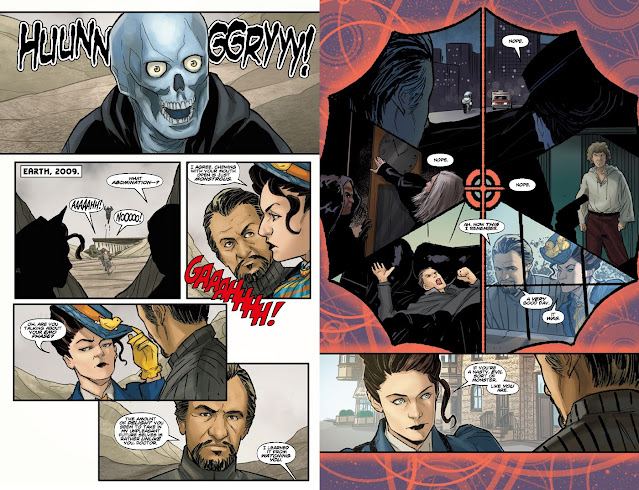 I am a huge Doctor Who fan, but many times over the decades I’ve read comics that, while invariably entertaining, haven’t felt quite right. They’ve lacked the spark of British eccentricity from the TV show. Not so with this series, or with this creative team. Doctor Who: Missy #3 was a joy from cover to cover.

Now, I’m suspecting that the Master is starting to guess that Missy isn’t Who she says she is (see what I did there?) and at the end of this issue he’s in a place and time period he’s very familiar with. I see issue #4 being very interesting indeed!