Review: X-Men: Curse Of The Man-Thing 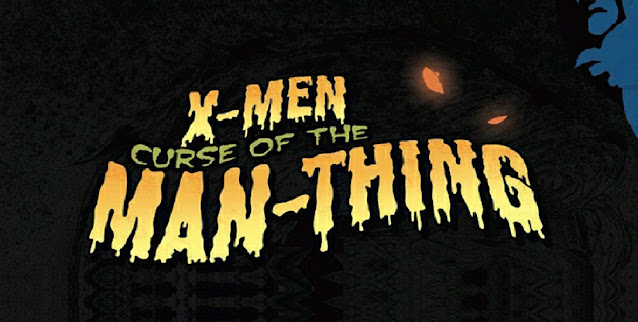 “X-Men: Curse of The Man-Thing”

The finale is here, and boy, does it deliver! X-Men: Curse of the Man-Thing closes off the swamp monster’s 50th anniversary epic in style.

Steve Orlando doesn’t just give us a satisfying conclusion, oh no, he sets up the future of Ted Sallis and his muck encrusted alter-ego and even manages to create a new team of X-Men in the process. That’s right, as the cover suggests, this issue introduces Magik’s very own Mutant militia: The Dark Riders. 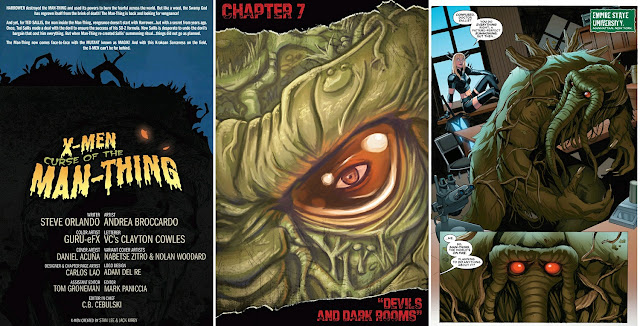 I love the way that a veritable cornucopia of Marvel mainstays has graced the pages of this three-issue epic, but Steve Orlando and his artistic collaborators have managed to give each of them their moment in the sun, while never losing sight that it’s Man-Thing who’s the real star of the show. Yes, the X-Men are in the title, and we see many of the top-tier members of that group, but the animalistic Dark Riders are the ones getting their hands dirty… quite literally. 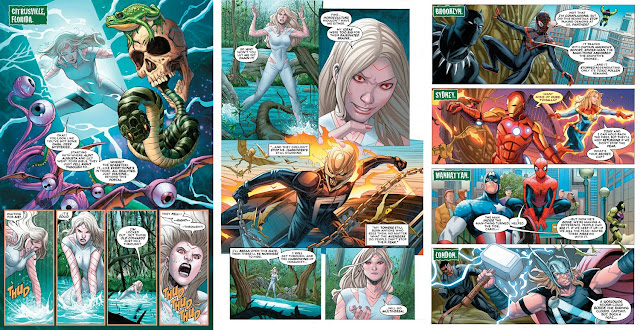 Art That Has The X-Factor

Andrea Brocardo and Guru-eFX deliver sterling work here. Once again, the art is comic-book gold, and while Andrea’s style is different from those of her predecessors, Guru’s colors flow from the work of the first two chapters and help make the story look and feel cohesive.

What I completely love about what all these fine creative talents have done is that they’ve given us an all-new Man-Thing. They’ve changed the character completely, but in a way that doesn’t negate five decades of stories. If anything, I feel that it’s actually enhanced them. I’ve always liked the character, but this deep dive into his origins and motivations has helped me love him all the more.

Oh… and we’ve also shared some action-packed moments with Marvel Comics’ all-time greats; The Avengers, Spidey, and the X-Men. Show me any comics fan that wouldn’t be happy with that! 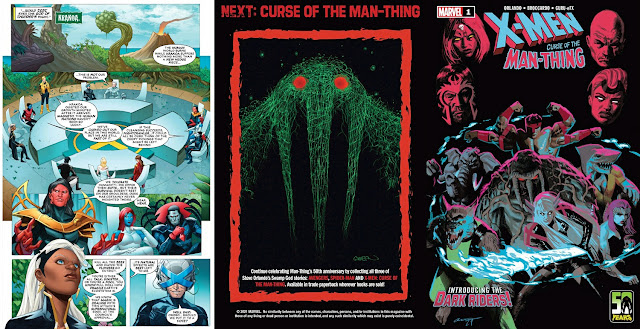 This trilogy has excelled on every front. X-Men: Curse of the Man-Thing is a very worthy and honorable first step on the swamp-god’s next 50-year journey. We’ve shared some amazing thrills with Marvel’s finest, met some great new villains, and had a real blast doing so.

If you missed this series, fear not! (You wouldn’t want to burn now, would you?), the entire Curse of the Man-Thing epic has been collected, and is available to buy right now! It’s highly recommended.