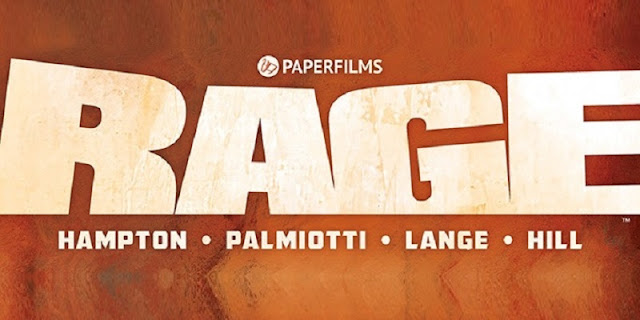 Any serious comics fan will know the name Jimmy Palmiotti. He's a 30 year comics veteran, acclaimed inker and writer, co-founder of Event Comics, co-creator of Ash and Painkiller Jane and, alongside his wife Amanda Conner, one of the most successful and admired Harley Quinn writers of all time. He's also a written scripts for numerous TV and film projects, including Random Acts of Violence, Dead Space: Downfall, and Marvel Renaissance. He's also amazing with fans on social media, and one the most approachable, friendly and all-round nicest people I've ever had the pleasure of meeting and interviewing.

Scott Hampton was one of the early pioneers of painted comics, and has delivered outstanding art for all the major comics companies. His works include, an issue of the original Books of Magic for DC, American Gods for Dark Horse (both with legendary writer Neil Gaiman), and Marvel Knights: Black Widow for Marvel. 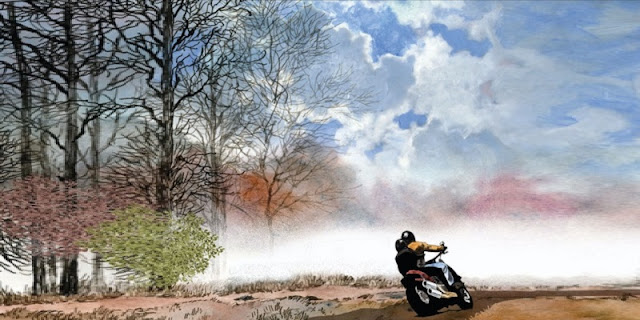 As you can imagine, hearing the news that these two creative giants, two personal favorites, have a Kickstarter comics project in the works together, really has me excited. Add to this the fact that legendary artist Bill Sienkiewicz, and fan-favorite Amanda Conner will be providing variant covers for the book, and this release is something every mature comics fan can jump for joy about. 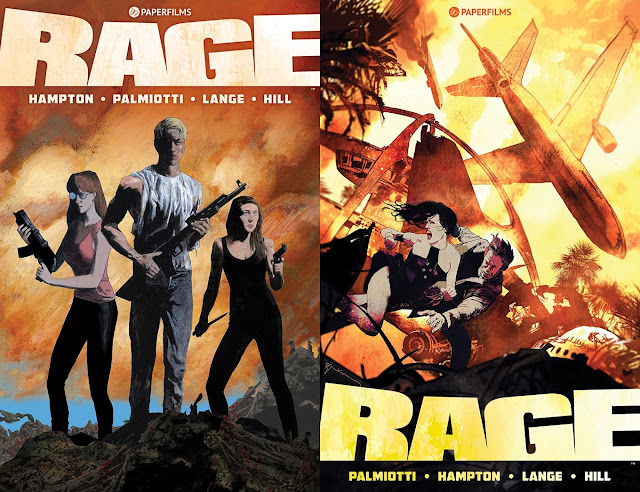 “RAGE is a full throttle, white knuckle thriller about a man with secrets in his past, who will do absolutely whatever it takes to save his daughter,” said Palmiotti. “It’s a story all about survival, which in this case means learning to live with what you’ve done - and what you’ve failed to do.”

In RAGE, Braden Radovick is a desperate man. He wakes up in a New York City holding cell to discover the world has changed overnight. Everywhere he goes, there are fires. The city is littered with corpses. People are losing their minds. The cops are so overwhelmed, they just let him walk out of the cell.

Braden’s journey is just beginning. He’s separated from his daughter Friday, who’s on the west coast, and absolutely nothing - not even a global disaster - will stop him from finding her. Before his cross country odyssey is over, Braden will be forced to use all his resources and skills to reunite with his daughter and save her. 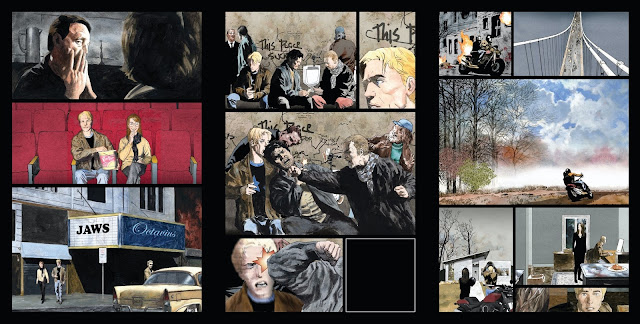 “Scott Hampton’s done an absolutely stunning job with the art and Amanda Conner and Bill Sienkiewicz have done jaw-dropping variant covers,” said Palmiotti. “Like most PaperFilms’ books, RAGE is a graphic novel with sex and violence and is for adults. We make comics for adults, by adults.”

RAGE is the 16th Kickstarter project for PaperFilms, the company Palmiotti co-founded with Amanda Conner. The project for the 68-page adult graphic novel is now live, CLICK HERE.

ABOUT PAPERFILMS: Jimmy Palmiotti launched PaperFilms in 2001 to create a company for creators skilled in world building, screenwriting, intellectual property development, video game development, illustration, editorial experience and much more, as part of their efforts to own and develop their own characters for various media, while also nurturing a community for like-minded comic book creators.

Images and Press Release Courtesy of PaperFilms and SuperFan Promotions