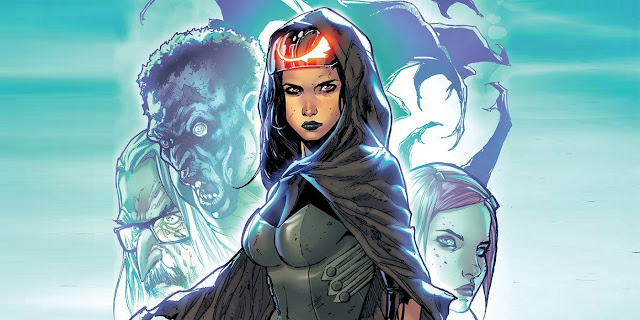 Val, Bailey, and Emory have made it to Lux, and safety. Doctor Augustus’ brother Tiberius has rescued the three travelers, though Em’s transformation into a Shade has almost run its course, and that’s not the only threat our lead protagonists are facing, in Nocterra #5. 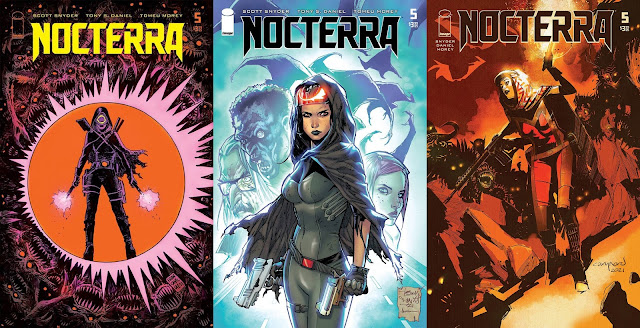 This series just gets better and better. Not only is Tony Daniel producing some gorgeous work, but Scott Snyder has returned to his horror roots and created a world full of possibilities. This dark new future is one of the freshest I’ve read in years, and the premise for this series is innovative, to say the least.

After the terrors we witnessed last month, witnessing the majesty of Doctor Tiberius' safe haven seems to be a true blessing. We know what happens to animals infected by the Dark, and have seen terrifying glimpses of human Shades too. The last four issues have shown that the infected have little chance of being cured, and Emory had almost completely turned by the time Val and Bailey got him to Tiberius’ stronghold. 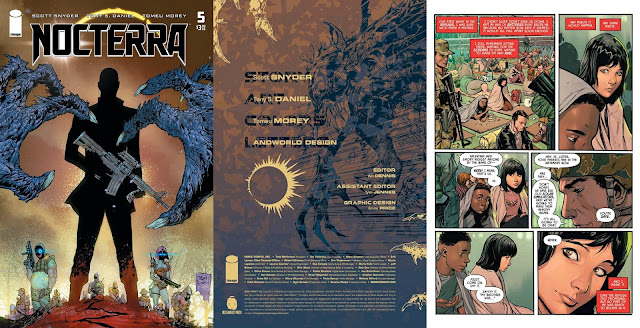 A Knock On The Door, In The Night

Tomeu Morey is a master of his craft. The way this superb color artist shows us the Shades, using cool dark blues, contrasted by his warming, bright light of healing is wonderful. His art is a true match for Tony Daniels’, and each talent makes the other look very good indeed. You can tell that these men have worked together before, and had a blast doing so.

Of course, when the story and the characters are this good, they’re probably inspired by every new script they get! 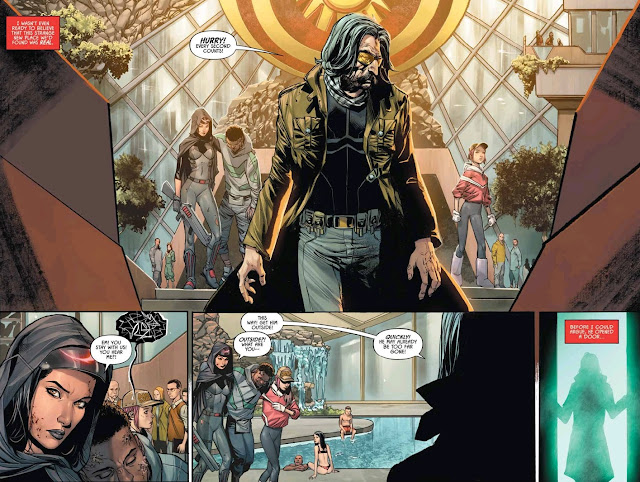 This series has a great way of making you stop, relax and catch your breath, before rapidly pulling the rug out from under you. Nocterra #5 is no exception. I’ve already mentioned how much I love (hate/am scared of) Blacktop Bill, but the creative team’s done a masterful job of keeping our minds occupied elsewhere, before using the greatest sleight of hand to literally slap us awake and remember… just when we least expect it. 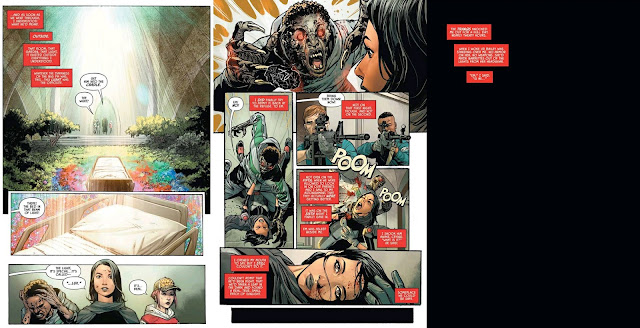 This issue delivers one of the most heartbreaking and gut-wrenching cliffhangers ever, and if you say you saw it coming, then you’re either way smarter than I am, or your pants are on fire. Man… the next four weeks are gonna be painful!