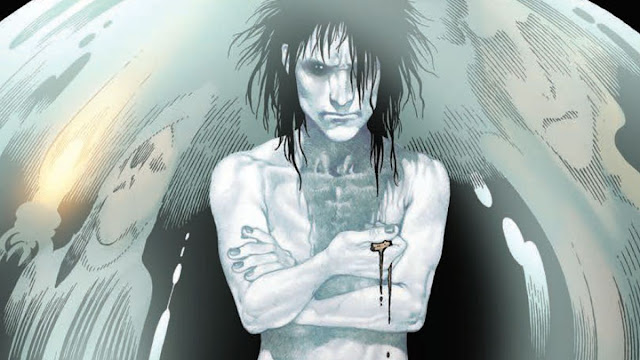 When it comes to comics that dwell in the realms of horror and dark fantasy, few titles are as well known or as well loved as Sandman, or Locke & Key. When talking about comics writers and novelists from those genres, few names are spoken about with more respect than Neil Gaiman or Joe Hill. So, as you can imagine, when I was asked if I could write a review about the three issue Sandman/Locke & Key: Hell & Gone crossover by IDW and DC Comics Black Label, I could barely contain my excitement. 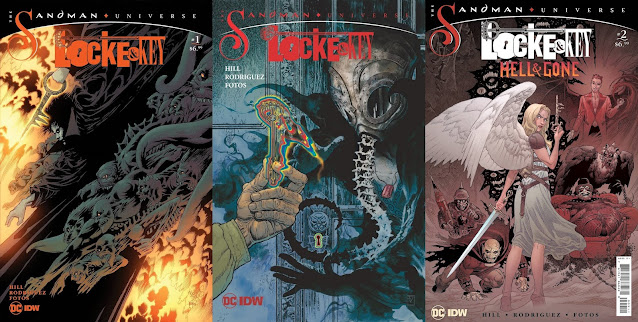 The beautiful part of this three-comic set is the fact that both publishers took into account that perhaps not everybody out there may have previously read any Sandman, or Locke & Key before, so they published an issue #0 to bring folks up to speed. Don’t panic if you missed this little gem, as the series can be read and enjoyed without it, but if you were lucky enough to pick it up you own a real treasure that will make the two new issues feel even better.

Where do I even begin? Joe Hill has written a story that will delight, terrify and entertain any new reader, but this is a tale that also acts as a love letter to fans of both these wonderful works of the imagination.

Issue #0 collects a vintage Locke & Key tale which is the perfect intro to the universe, as well as a wonderful look at some of the inter-dimensional keys that are the basis of the fantastic stories the series is based on. Then there’s a gorgeous excerpt of Sandman #1, which I still only own in single-issue form. It’s safe to say that I’ve fallen in love with it all over again, particularly as it’s been lovingly enhanced, updated, and remastered by the original creative team. There could be no better introduction to the two-issue extravaganza that follows. 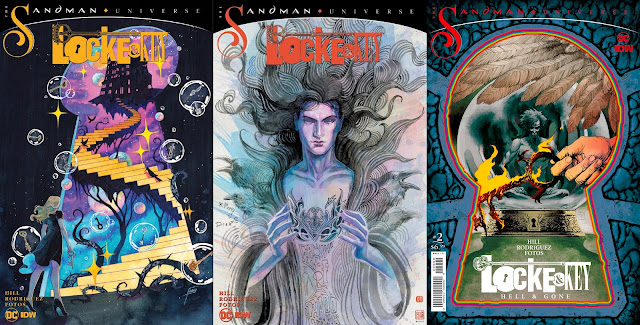 Dreams, Nightmares, and the Key to Hell’s Gates

“Two issues… is that all?” I hear you cry. Yes, but they’re more than double sized, and pack one hell of a punch. When collected (please let it be soon), particularly if issue #0 is also included there are over 100 pages of magic to enjoy.

Sandman/Locke & Key: Hell & Gone gives us a brand new adventure starring Mary Locke, in which her universe and the Sandman’s collide. The borders between the dimensions accessible by Mary’s keys, the realms of Dream and Nightmare, and the gates of Hell itself are all crossed. We finally learn when, and how, Brute & Glob, Gilbert, and The Corinthian made their escape from Morpheus’ realm and into the waking world. We also see Mary’s family finally earn a peace which has escaped them for decades.

Only the true key will allow you access to Lucifer’s Hell, and only Lucifer has possession of it. If there’s only one, then how can both the King of Hell and an interloper from Earth both have it at the same time? Hill writes the most brilliant, yet deceptively simple, explanation as to why Mary’s and Lucifer’s key are both the one true article. Quite honestly, it’s pure genius. 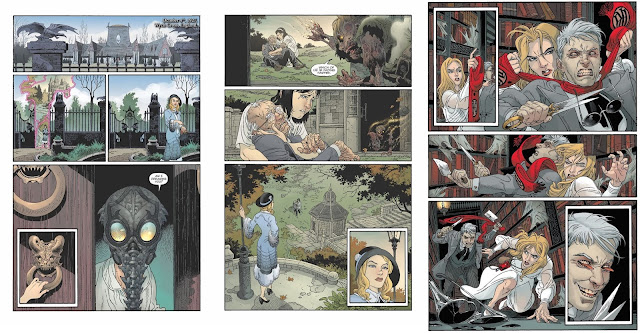 Not only do we get Sam Keith and Mike Dringenberg’s original, iconic Morpheus, but Gabriel Rodriguez and color artist Jay Fotos also deliver a Fiddler’s Green, Corinthian, Hell, and Dream that fit impeccably and seamlessly with the versions seen in the legendary original Sandman run, from 1989-1996. One of the benefits of also having issue #0 shows how much Rodriguez and Fotos talents, which were always great, have grown over the years.

If I have one, tiny complaint about this series, it’s that I would’ve liked to have seen a little more Morpheus. Having said that, there were entire issues of his own series where he didn’t make an appearance, so that’s actually nothing new. This is also made much easier to handle due to the sheer power of The Dreaming, the loving way in which the creative team has handled both universes, and seeing wonderful characters like Fiddler’s Green (the nicest place you could ever hope to meet) and other Sandman mainstays again, after all these years.

Sandman/Locke & Key: Hell & Gone is a perfect crossover because it feels like an organic continuation of both stories, rather than a cash in. The way that Joe Hill has expanded Neil Gaiman’s Sandman Universe in an organic and loving way is truly beautiful. I’m one of the three biggest Sandman fans I know, and this story is worthy of Mr. Gaiman himself. That’s the highest compliment I can give.

This is a crossover featuring comics icons, and it’s a tale over 30 years in the making. It’s so beautifully crafted that it can happily sit in your Sandman collection, your Locke & Key library, or both. It even deserves its place in Lucien’s library of dreams.