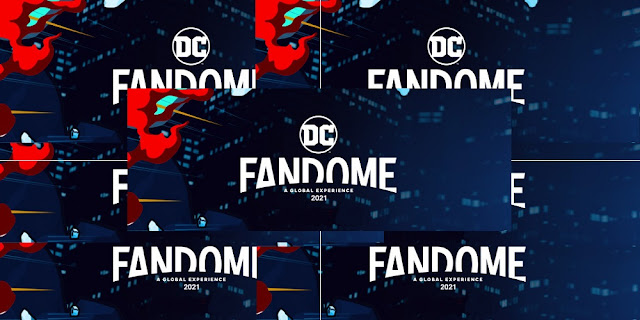 Did you miss this year's DC FanDome, the spectacular online Comic-Con? Worry not, dear readers, because Fantastic Universes, DC Comics News, and Fandom have your backs!

Fandom - the source for everything fan-related, in conjunction with BHImpact, has revealed the top 8 most viewed and searched for panels and pages from the event. On top of all that, DC Comics News' Editor in chief Josh Raynor, and I, hosted a live stream after the 4-hour extravaganza covering the whole event. We were also joined by Fantastic Universes and DC Comics News' Brad Filicky for the beginning of the coverage.

Trailers From Heaven That Are Hot As Hell

Fans also got fresh new trailers for Black Adam, The Flash, and Matt Reeves' The Batman... and here they are!

This film looks like it will be well worth the 12-year wait. I mean, come on... The Rock in his first comic-book movie?!? That alone will be worth the price of admission.

Two Barry Allens, a Supergirl, and Michael Keaton's Batman! Did you hear his voice, hear Danny Elfman's iconic score, and witness the 1989 Wayne manor? Plus, we all know what's under that tarp, right? Wow!Say what you like, but people who were screaming about Robert Pattinson's casting have now started raving. Everyone at Fantastic Universes is so excited for this film.
What about everyone out there? Please tell us about your FanDome favorites and let us know your thoughts about the content we've shared. Please, if this is stuff you hate keep your opinions to other like-minded sites and boards, we want to hear from the positive fans.
Images and video content  may be subject to copyright