Myth Reforged - Mythgard Back From the Brink 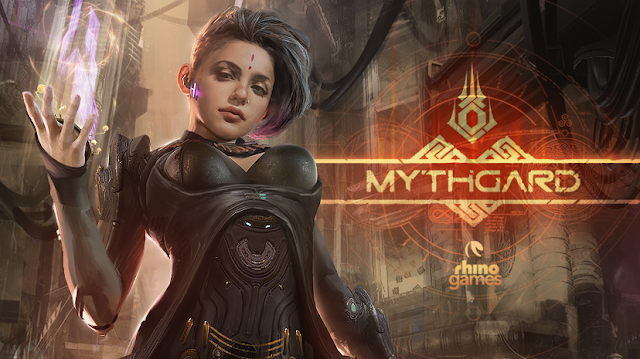 Greeterlings card gamers. The news I heard just a few short days ago is among some of the best news I've heard in a good time.

My online presence is largely built on card gaming. Magic the Gathering has been a driving force in my life for well over seven years, and I've tried my hand at a majority of card games under the sun. I actively play Magic Arena, Legends of Runeterra, Skyweaver, and Keyforge in paper. I've dabbled with such titles as Flesh and Blood, Kards, Glimpse of Luna, Gods Unchained, and Mythgard.

It was a sad state of affairs when the developers of Mythgard, Rhino Games, announced that the unlikely digital card game went into "Maintenance Mode" in July.

It was recently announced that the game will be making a come back, as Monumental Games have picked it up. This independent, Texas based developer have brought a real mixture of tone to mobile gaming, handling gritty fantasy in Storm Wars, pixel art in Looty Dungeon, and cutesy artwork in Little Alchemist. I have utmost confidence that they can give this ambitious, unique card game a real polish, and bring the game back from the brink.

As for Mythgard itself, it's unclear what will happen next. I suppose this new lease of life will bring artists and designers in to balance a new expansion, as there is currently 3 sets of Mythgard already available on the client. A new set as soon as the developers can swing it will be sorely needed and a big help to send out the clear message that the game is back.

Now we want to hear from you, will you be picking Mythgard back up now that the game's future is secure? I know I will.