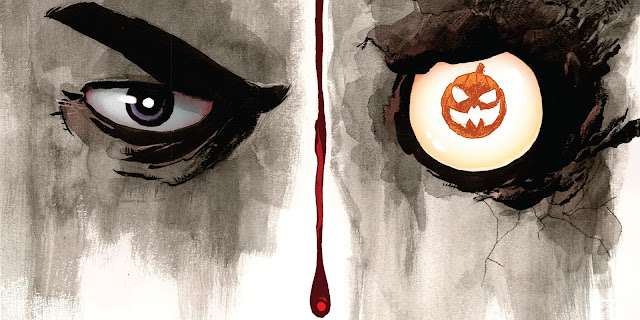 Batman: The Long Halloween Special offers fans of the original mini-series a fun, if ambiguous bookend to the Two-Face saga.

One thing that the one-shot course-corrects: giving the Calendar Man a more active role. In the original Long Halloween series, he's more of an amusing aside, but ultimately inconsequential to the plot. In the follow-up series Dark Victory, Calendar Man has a more active role, but it's still not relevant to the main narrative. Now we finally see the Calendar Man in his full-on criminal role. It's pretty great to see him actually propel the plot and how that intertwines with Two-Face and Gilda Dent. 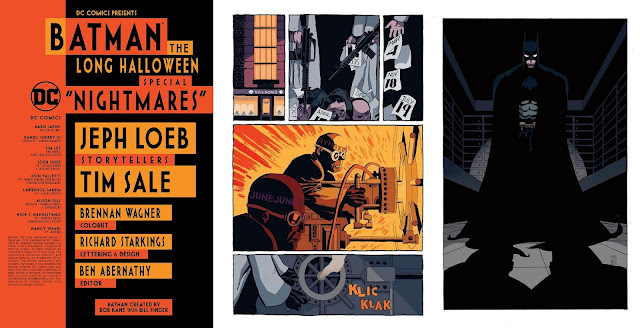 To be fair, the Calendar Man's actual crimes aren't that compelling, as it's a fairly standard kidnapping/extortion scheme. However, what's fun is how writer Jeph Loeb picks up on the Calendar Man's motivations from the previous series and takes them down a logical path. It's a lot of fun seeing how Calendar Man, Gilda, and Two-Face act as character foils for each other. Loeb spins an entire narrative out of the tension between the three people.

Speaking of the Gilda, TLH fans are probably wondering if Loeb confirms that hanging plot thread of whether she was truly the Holiday killer. It is sort of addressed here, but fans who are expecting conclusive answers may be a little disappointed. I personally think that Loeb handled it with the right amount of ambiguity. However, I can understand how it could come across as annoying to some. 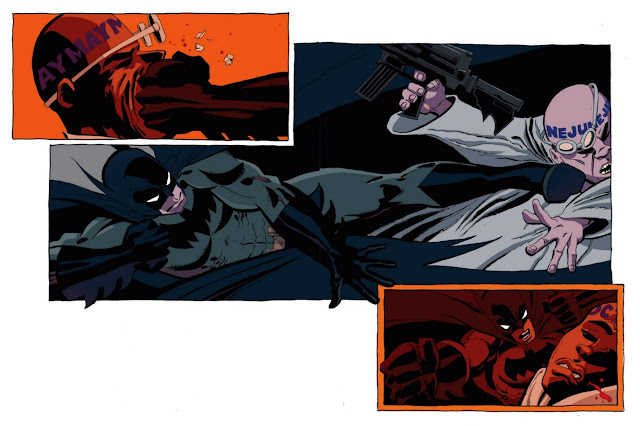 The other plot line is seeing how Batman is adjusting to having Robin as a new sidekick. If fans have read a lot of Robin or Nightwing comics, this doesn't tread any new storytelling ground. However, it is fun to see how much more Dick Grayson changes Batman's behavior. The Boy Wonder also provides some of the sweetest moments in the story too. It works well if fans look at this in the context of Batman's character arc from The Long Halloween and Dark Victory.

Artist Tim Sale slides right into his idiosyncratic style again for this special. The comic looks like a perfect visual companion to the other books. However, for me there's one nagging feeling of the odd compliments of highly rendered coloring on Sale's relatively simple line work.

Sale is an artist who lets the swathes of black shadowing define the characters. It would have been more appropriate to have the coloring in this book be more flat, or subdued. To see highly rendered shadows on a character's face makes it more overly-saturated, as if somebody put a photo filter on it. To be fair, this may just be personal taste, but I'd love to see a black and white edition of this one-shot. 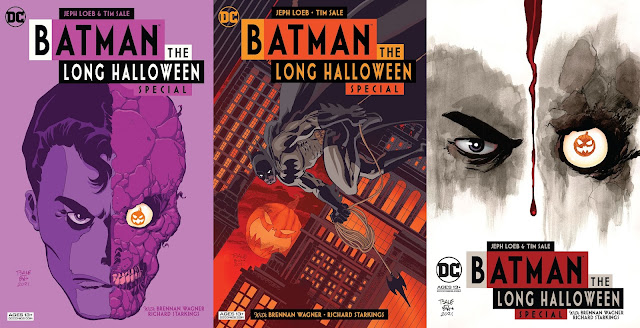 Loeb and Sale do an admirable job of recapturing the magic that was The Long Halloween. It has good character work, resurrects hanging plot threads, and features stellar art from Sale. However, some of the plot could feel like "old ground" to long-time fans and the modern coloring techniques sort of distracted me from the art. Still, the special succeeded in being an admirable follow-up to the three previous, seminal mini-series.

To read our in-depth analysis of The Long Halloween, click here.

To read our in-depth analysis of Dark Victory, click here.