Scouting for Thoma and Other Genshin Impact Thoughts 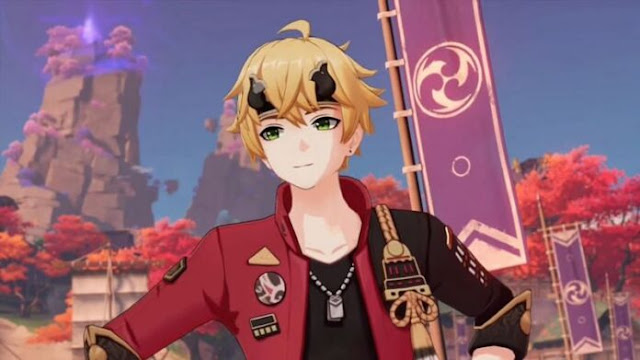 As regular readers here on the gaming section of Fantastic Universes knows, I am a consummate card gamer, with their efforts on competitive play. The world of gaming is far bigger than that, and the past few months have been sunk into the same fantasy-action RPG that has encapsulated our friends at No Ordinary Heroes. Genshin Impact.

There is a lot to be annoyed by but deeply love about this game. As someone who deeply loves Dungeons and Dragons, the intense fantasy flavor of swords and sorcery, with a deeply entrenched lore, and marvelous callbacks to Asian history and myth, there's little for me to dislike about the game. I choose to put the balance of endless grinding through dungeons and other fights with the wholesome revelation of real characters struggling through magical oppression. Y'know. The usual.

As of the time of publishing this article, Tartaglia is about to leave the Event Banner, and Hu Tao is about to come in. In a shocking turn of events, I do not care about either of those five-star characters. Instead the other, new Pyro spear user, Thoma.

In the story, Thoma has been the delightfully hunky helper of the traveler across the quest in Inazuma. He appears to strike fast and provided Pyro shields for those who need them. Critics have said that Thoma is viable on effectively any team.

Personally, I'm looking to build him to bring respectable Pyro damage, with two Crimson Witch Artifacts, with a reasonable smattering of Gladiator's Finale for Physical Damage to supplement the fire. If the rolls are with me, the Artifacts that improve Shield Strength or the stat that influences his shield will also be there.

In any case, I encourage any player of this game to pursue characters they're interested in.