Music Review: Will of the People by Muse 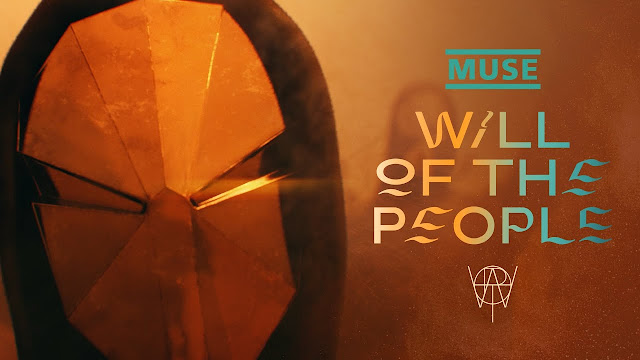 Every now and then, an ingot of new media comes along that makes me stop, think, and go wow. Me, being a collector, I take it in and move on somewhat. This includes music too, not something I'm here to talk about on Fantastic Universes very much.

The strength of Will of the People by legendary English band, Muse, has made me stand up and think. We could always count on a band such as this to deliver with each release, but this drop has been a perfect showing of what master musicians can do when they pick up a genre, look it over, then put it back down saying "no thank you".

Will of the People

I respect and judge the tone of an album from its opening track. Will of the People is also the name of the album, and this song is quintessential Muse. It's the perfect mixture of the showy rock tones with Matt Bellamy's vocal range that we can expect from him each time. All wrapped up with their new revolutionary motif that could not be more relevant in our weird world.

Compliance is harkening back to their wonderful Drones album from 2015. The worries about indoctrination bringing in the weak of will is what's on show in this song. By complying, you don't have to worry or think. These themes are what they as a band have been warning us about for many years. All this is wrapped up in a song with amazing electric tonality and Dominic Howard's masterful drum work.

I spoke recently in a review on Dark Knight News that intertextual call backs can be distracting, but when they're done well, they show us the grand connections of literature or music. This track screams Queen to me, and I love that. The melodic and poetic lyrics with swirling harmony all undercut by understated and powerful piano reads like a Muse take on a classic band's sound.

We're several tracks in and we can still ask ourselves have these all been the same band? Each one's sound so wildly varies, but still sounds like their own work. This track in itself moves from the classic rock from Will of the People into modern rock or even metal in places with pop rock at the opening and verses of the song.

Ghosts (How Can I Move On)

We take a small break from the rock and political aggression for a relatable sound of heartbreak. It's an understated but emotional piece with just piano. Bellamy brings an emotional delivery of a very poignant, post-break up, ballad. I myself can relate to some of the familiarity of seeing your ex in things about your daily life. This is definitely a fireflies in the dark style track for whenever they next play live.

We jump back to the 1980s for this distinctly modern track. Of course there's too many tracks and too much detail for this to be truly an 80s track, but there's something so wonderfully nostalgic about the synths, the grand guitar solo, and the tone of the vocals. The lyrics themselves, about an imposing and neglectful partner are easy to miss among the overall track's sound - another great 80s trope. A track like this wouldn't be out of place over an episode of Stranger Things.

Kill or Be Killed

We sink back into their justifiably angry political stand point for Kill or Be Killed. The strong metal sound at the offset and even more masterful drum work carries us along. This song has the most original Muse sound. The low instrumentals with the higher vocals harken back to tracks like Hysteria or Supermassive Black Hole.

More love for the 80s and a stark contrast compared to Kill or Be Killed. The overall tone of the album, in tracks before and after this one, is that there's a real sense of a bleak and uncertain future. Even in the other 80s-esque track. This one is significantly more hopeful. It's the song that plays as the hero and the love interest drive a fancy car over a highway toward their future. This song makes us want to face that future.

There's such a strong mixture of tones and styles in this album. Their influences are all varied and wonderful to see. The retro electric tones with the lyrics of modern political dissonance perfectly sums up how far Muse have evolved.

We Are Fucking Fucked

Commenting on politics will usually come in the form of satire, and there's nothing more bleak and honest than the title, and phrase they chant consistently in the track: "we are fucking fucked". The elements of modern and contemporary rock, as well punk. It's hard to argue when the lyrics lay out all of the things to fear and be scared of.

Will of the People is a new classic for any Muse fan. They bring their classic sound alongside retro tones and something entirely new. All this works to bring home their motivated political message in a way that feels relatable and less aggressive than Drones. Listen to Will of the People by Muse in your local music store or streaming service right now.
Adam B Ray Adam Ray Music Review