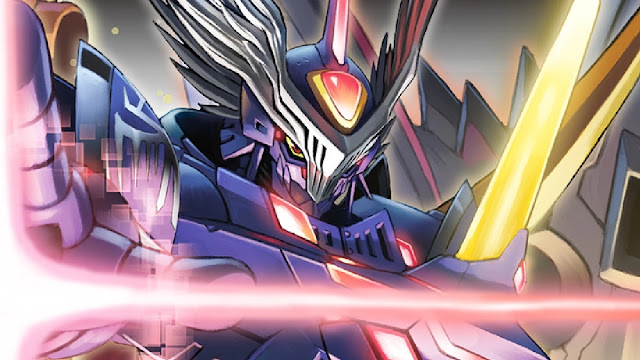 Digimon is a card game that has seen remarkable growth and expanse in its last year of existence. With its rocky start during the covid years it has truly grown into a mainstay TCG that continues to shine through its unique mechanics and in the form of the Memory Resource and the gameplay tension of "Play" and "Digivolve". There are so many new ways to play within the game for avid fans of all Digimon.

I speak of this beginning because today we are going to talk about one of Digimons newest releases, as well as a throwback to the first English released set. Today we talk about ST-13, the RagnarLoardmon structure deck and the deck we would construct from two of them.

So who is RagnarLoardmon? Well to be honest and in true tragic fashion, there is not much known about them. They have not appeared in any video game, manga, or anime, and have only appeared in reference books. However we do know that they are one of the most unique digimon in existence because of how they came to be. RagnarLoardmon is difficult to describe as a singular Digimon like most other DNA digivolutions as unlike Mastemon and co. RagnarLoardmon holds the consciousness of Durandamon within its blade, BryweLudramon within its shield and itself within the main body fully showcasing the ideal of a knight and their companions of battle. It came this way as Durandamon and BryweLudramon felt compelled to each other due to an evil force within the Dark Area, and as their Digicores fused together the ideal knight to wield them held steadfast in their minds and so RagnarLoardmon was born brandishing them. 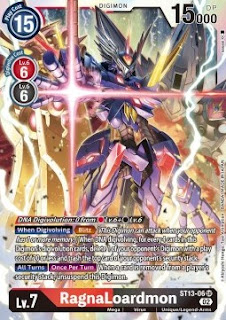 Brandishing Our Weapons Of Choice

This is quite a unique deck choice to match its helmsman as it utilizes a mechanic we have not seen too much of within Digimon TCG, at least not within black and red. This new iteration of RagnarLoardmon plays out its Legend-Arms cards through a gacha mechanic. Throughout its supporting cast of Ludamon and Zubamon lines, they grow the digivolution sources of another Legend-Arms in play to then reveal cards from the top of the deck to, with a bit of luck, replace themselves with other Legend-Arms while gaining other benefits.

For example, ZubaEagermon upon play gains the ability to be placed into either a black or Legend-Arms digimons digivolution sources to delete an opposing digimon with 5000 or less DP! Eliminating early plays or pesky rookie and champion blockers for additional damage. This growing of the digivolution sources has always been a part of RagnarLoardmon’s identity, even within its original printing as it was the quintessential tower boss monster that was built to be indestructible and hard to deal with while it tried to win the game for you. The rookies Zubamon and Ludamon helping go wide while adding to this tower truly helped fix one of the original decks largest weaknesses of having difficulty rebuilding once its boss monster was dealt with.

The line up of efficient Digimon is supported by a couple powerful options in Legend-Arms Alliance and Direct Smasher. Legend-Arms Alliance is incredibly helpful in the early stages of the game as memory is typically in short supply and so the ability to set it up as well as bringing up to an Ultimate level Digimon into play for the cost of 4 memory is too good to pass up. The fact it then can be trashed later to look at four cards from the top of your deck and then arrange them for you gacha plays is incredibly helpful on top of just being able to send them to the bottom of the deck if they are not helpful in the coming turns. Direct Smasher is a much more blunt and less nuanced card, as it is the decks form of Gaia Force, removal for whatever may be the biggest threat your opponent may have, including pesky Jesmons. It helps to cost one less than Gaia Force for the lack of flexibility but that is also a special number for some security control decks within the current meta. 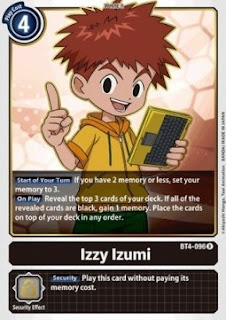 This is the list I would personally run from purchasing two of starter deck ST-13. It's a great start point into the deck to then go into future purchases of the older support and yet still packs quite the punch!

We focus heavily on getting those rookies in our hand and into play as we need to get the ball rolling with this deck as it has a tendency to get a bit clunky when not doing so.

To discuss a couple of the choices and to answer the question of: But where did the Izzy Izumi’s come from? Well they may not appear directly on the deck list on the back of the box, however! They do come as a set of tamers within each deck, and as this build is relying on two decks being purchased we are guaranteed two copies of it and it is perfect for this deck. Its ability to rearrange the top three cards of your deck is vital for smoothing out draws and gacha plays with Ludamon and Zubamon and its ability to set the memory to three at start of turn helps mitigate any memory denial your opponent may attempt. It is the perfect tamer we could ask for in this initial build. 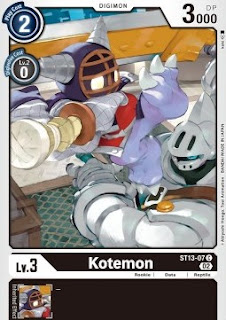 Another choice to be made was Chikurimon vs Kotemon within the rookie slot as a four of. I went with Kotemon in this list for a couple reasons. It has a play cost of 2, a much cheaper rate than most that allows it to be played as part of a rush strategy into some games and also it feels completely fine to digivolve over unlike Chikurimon, a Digimon that would much prefer to be played and then left alone for its passive effect to slowly accrue value in the game. Plus I have had a soft spot for Kotemon ever since Digimon World DS.

We only run three of each of the lvl 6’s because they can become very clogged in hand if our digivolve lines get messed with, they are difficult to play out by themselves even more so than other level 6’s within the game as they have such a reliance on their digivolution sources and how they can contribute to RagnarLoardmon. There is however a caveat to this in that when one of them is already in play, say Durandamon and it has acquired some amount of digivolution sources, just playing out a BryweLudramon may seem counterintuitive. On the contrary it allows you to have a massive DNA digivolution turn that can even OTK (one turn kill) an opponent with the right line up.

Well that wraps up my first ever article. I hope you have enjoyed it and look forward to the next one. This deck holds a dear place in my heart as the original RagnarLoardmon was also the first deck I started trying to brew after watching some gameplay of it on Youtube. I love the idea of building a massive stacked boss monster and pitting the world against it, and the gacha mechanic adds so much fun and randomness to the deck in a way that just begs for it to be played again and again. I for one shall be picking up my trusty sword Durandamon and my indestructible shield BryweLudramon when I next wade into the Digital Gate. 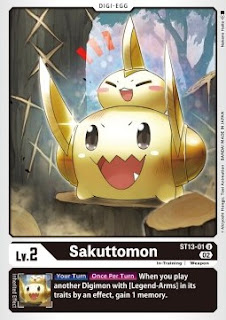