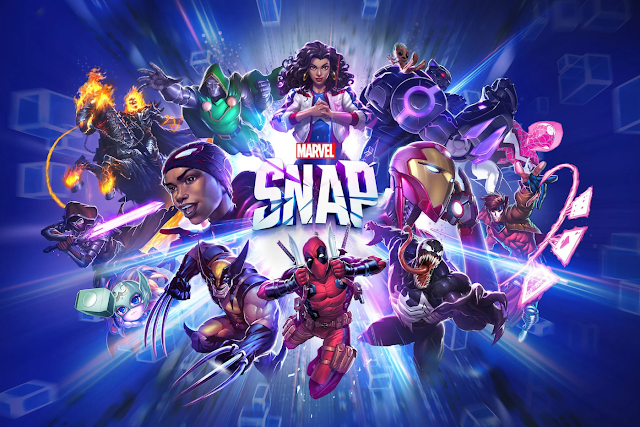 Now, I play a lot of card games. A lot of my internet and in person identity is tied up in the fact that I've played practically every trading and collectible card game under the sun. Even online card games are not safe from my grasp. So when I see a card game win Best Mobile Game at The Game Awards, I have to sit up and take interest.

Marvel Snap is the online collectible card game by those guys that make the comics, and mobile game developers Nuverse and Second Dinner. It has taken the fast paced online card game design ethos of Hearthstone, the rough game play of Artifact, (most of) the polish of Magic the Gathering Arena, but very shrewdly decided not to follow their predatory “free to play, pay to win model”.

It bothers me how good Marvel Snap is.

Your favourite Marvel characters have made it into a single collectible card each. Not like other card games where the same character gets a different epithet to count as a different card altogether. There is only one Iron Man, there is only one Captain America. That said, there's the strong distinction between Spider-Man and Miles Morales Spider-Man. This, plus the upgrade system that makes your cards progressively more shiny, gives the game equal parts the collector feel. It works very well alongside the simple but compelling gameplay.

Another strong point in Snap's favour is how clearly it's made by fans of the comic books. Yes the characters that have made it into the movies were put into the game first, and yes their artwork can have them looking a fair bit like Benedict Cumberbatch or have their voice lines given by actual Samuel L Jackson, but let's be honest, before you played this game, had you heard of Kazar either?

You play your cards by paying energy, and you gain one energy each turn. By “curving out” to borrow a turn from a different card game, one plays a cards of increasing costs, and increasing power level. Squirrel Girl as a one cost puts herself and two squirrels out to each location, but the five cost Blue Marvel is three power on his own, and gives all your other cards plus one power too. Some cards have effects that are “Ongoing”, that provide their effect for as long as they're in play. Playing the right characters and choosing which cards go in your deck is intensely important. 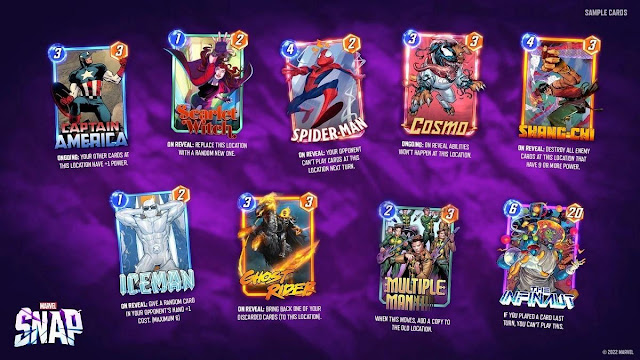 The locations themselves all feature key spots from the Marvel Universe. Each one has a unique effect that can wildly change the game and make each one all the more interesting. Some we recognise from the movies like the Triskelion, Shield's home base that fills your hand with random cards or Vormyr which destroys your first card played here to represent Thanos' sacrifice for the Soul Stone. There are also wildly out there locations like Necrosha which saps power from your cards or the deeply frustrating District X that replaces your deck with random cards. Managing the bases is just as important as playing your cards right.

As you build your deck, a deck of only twelve cards, one of each card, you tend to want a reasonable spread of many low cost cards into a few high cost ones. Being able to spread out your plays across all six turns adds up to a winning strategy, as no one card is likely to win games on its own.

The small decks and snappy six rounds of play makes Marvel Snap one of the quickest and casual games going for PC and mobile gamers. So, how do you get your cards? The mobile game model may reasonably make one nervous for micro transaction shake downs. While you can sink quite a bit of cash into Snap, it is very kind to free to play players.

You unlock cards by progressing your collector's level. You progress your collector level by upgrading the cards you have, making them more fancy and shiny. The in game currency to upgrade your cards, and which cards you can upgrade are all based on how much you actually play the game. Gone are the days where a pay to win player can down an immense amount to have the whole collection, building the best deck according to the metagame, and just playing what's 'good'. If you want your cards, you need to actually play the game, and the game rewards you for playing more.

As a jaded digital card gamer, this model is an absolute breath of fresh air. What money one could pump in does make upgrading things easier, and as of late, they have been selling bundles of new artwork “variants” of cards that you may not necessarily have. It's not a necessity to do so, and a lot of the game's actual progression comes from actually playing.

We're In the Endgame Now

Marvel Snap is an ambitious online card game that puts out new cards and new locations every week. A cluent that patches itself constantly is bound to have the odd bug here and there. It can't always be perfect, and bugs on certain cards and locations are bound to happen every now and again. The glitch on Vormyr is deeply annoying if the card has a destroy effect. However, the quality of the gameplay makes it very easy to ignore.

For fans of classic comic books, the subtle art of bluffing your opponent, and collecting the shiniest cards in the Marvel Universe, Marvel Snap is one I highly recommend. 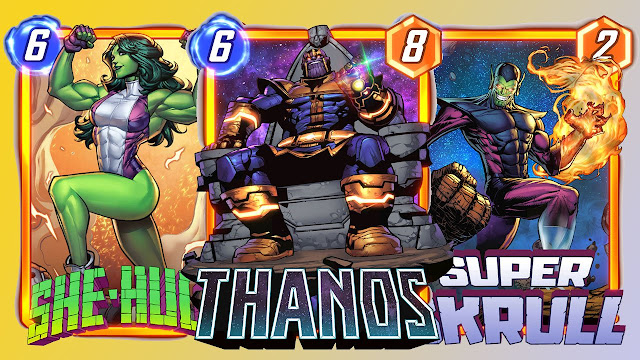