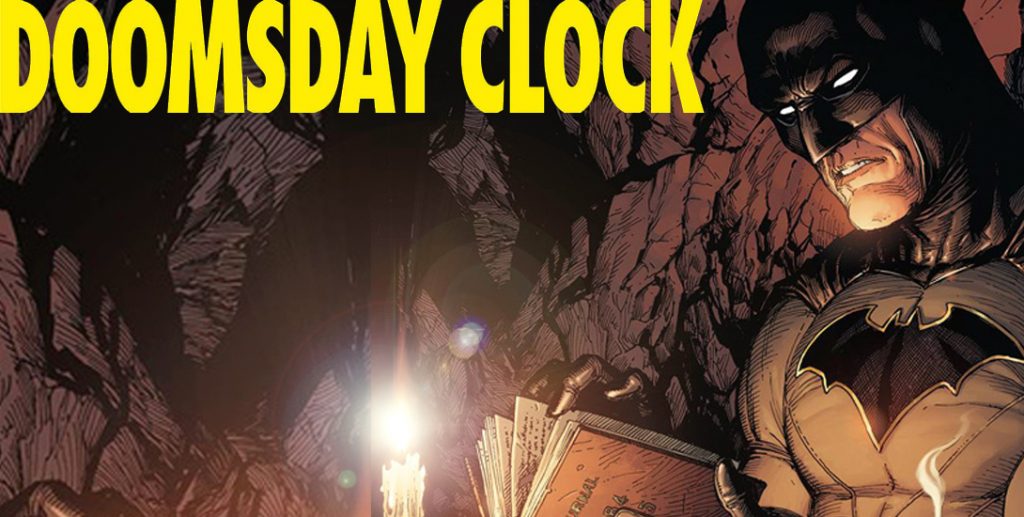 Chapter Three – “Not Victory Nor Defeat” 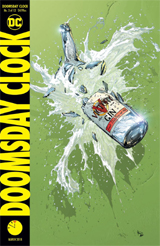 Review by Steven Conroy
WARNING: This review contains minor spoilers.
Following the events of Doomsday Clock #1 and 2 (You can read both those reviews by the amazing Steve J. Ray here and here) Rorschach has made his way into The Batcave and is confronted by the Dark Knight. Meanwhile, Ozymandias must fight to stay alive against The Comedian.

The Joker is quickly getting the attention of Marionette and Mime and we are introduced to an old man simply known (to his carers, at least) as Mr. Thunder.
Wow. Try doing a quick summary of this month’s issue you are happy with... I dare you.
We open with The Comedian v Ozymandias round two and it does not disappoint. The interplay between the two is perfect. The interesting part is that Eddie is aware of how everything played out after his ‘death’. He knows that Adrian followed through on his plan and succeeded, in the short term. Some nice callbacks to the original fight show love to the original book and it finishes in a very satisfying way. We know we haven’t seen the end of this feud.
The fact that The Comedian is pulled into the DCU just seconds before his iconic death begs the question;, what has he been doing in the DC Universe since Dr. Manhattan pulled him over, and how long has he been there for?
The first meeting between Batman and Rorschach is surprisingly low-key. There is no actual physical confrontation and Batman himself is surprisingly subdued in the presence of his Watchverse counterpart. It doesn’t exactly go the way you imagine and you have to wonder if the original Rorschach would have been quite so easily manipulated.
During this time, we see the new Rorschach without his mask and are shown what may be his final moments as a normal man. It appears that ‘Reggie’ was at ground zero when Adrian’s squid bomb hit New York. How did he escape? How did he become Rorschach? He mentions his “Mom and Dad”, will we discover his origin is connected to two legacy Watchmen characters as many fans believe?  These are just some of the questions we are waiting for Geoff Johns to answer.
Another of those questions is will we be seeing this old movie running through the narrative or was it just to introduce us to Johnny (Mr.)Thunder? The original Watchmen weaved a comic-book within the main story and we are introduced to a similar concept in this issue. It is a little more heavy handed and less subtle than The Black Freighter was but it served it purpose.
Johns has been hinting that the Doomsday Clock may see the return of the JSA to the DCU. It appears that Johnny Thunder may be our way in, or their way out. However, he doesn’t appear to be the man he used to be so it may not be a smooth ride home for the original super hero team. 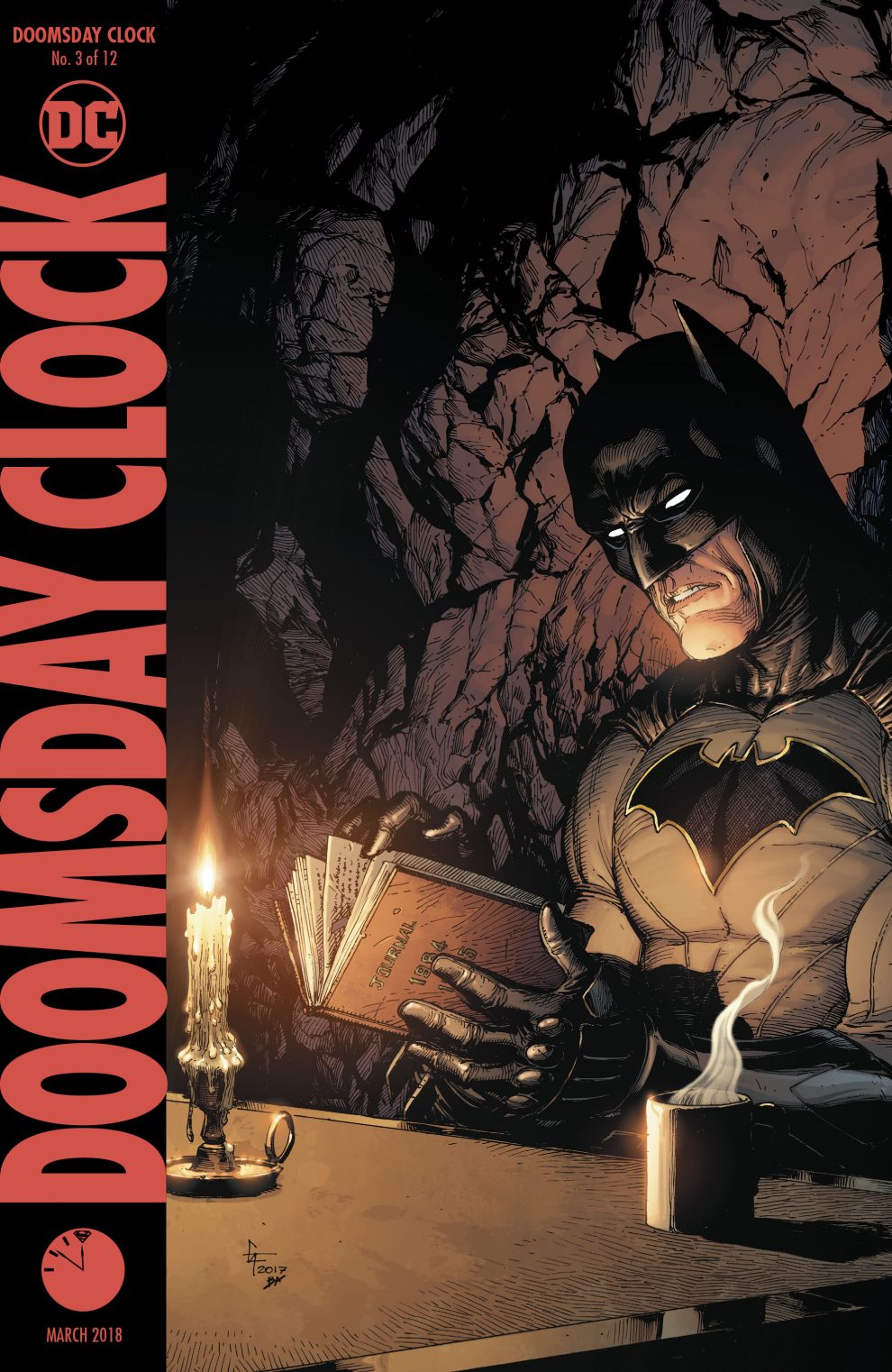 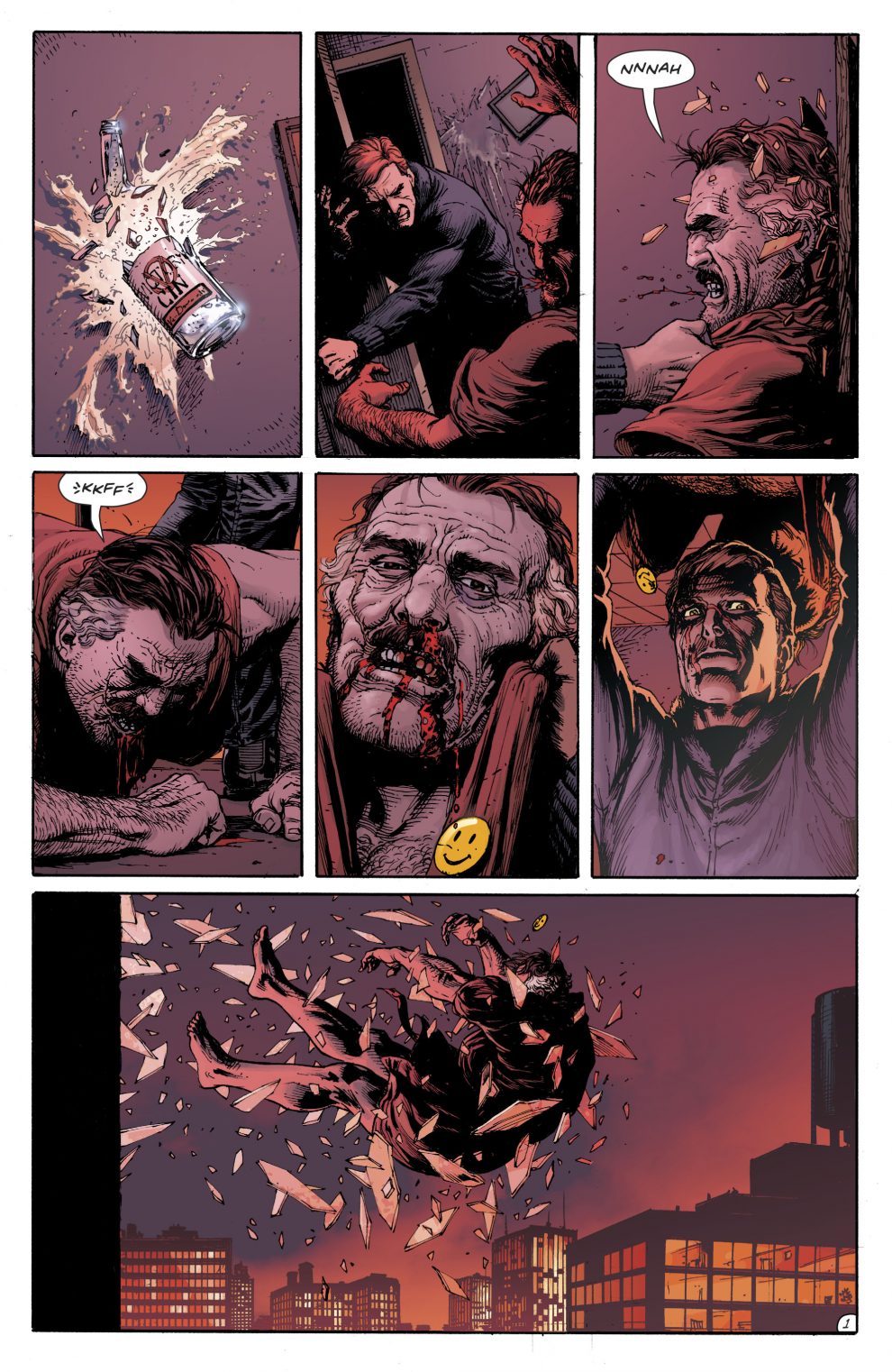 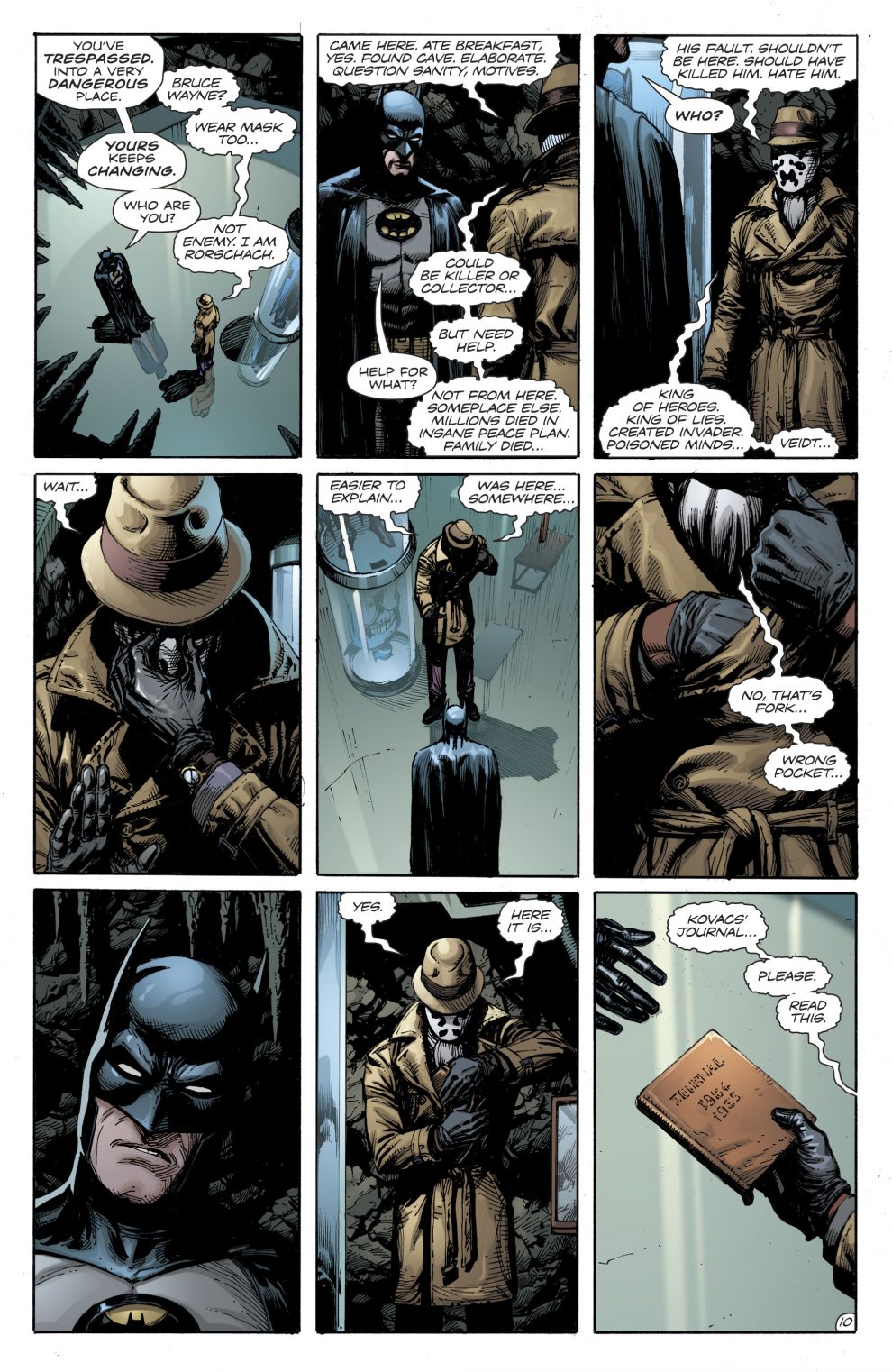 The team of Geoff Johns and Gary Frank continues to amaze. Both of them are creating some of the best work they have ever produced. Johns seems to be taking a very methodical approach to this story and it is working. The Watchmen shouldn’t be a whizzbang POW! CRACK! KER-SPLAT! comic-book. He is showing an great amount of respect for the source material both in style and tone.

Gary Frank has always been one with an eye for detail, yet his work on the Doomsday Clock is raising the bar even for him. Facial expressions, backgrounds, character movements even the angles he is coming from are all perfect for this book. I don’t have enough good things to say about this team.

Is The Doomsday Clock Counting Down To The Joker?

One of the most interesting build-ups is that, sooner or later, The Joker is going to be getting involved. However the question is in what capacity? We have seen visual clues such as the Killing Joke fairground, but we have yet to see the Clown Prince himself.
Marionette and Mime have decided that it will be a good time to seek out The Joker, unaware they are on a collision course with insanity. Once they find him, it is going to be chaos, in the best possible way.
Here is where I will throw out one of my own theories. We know that Marionette was pregnant at one stage and this captured the attention of Dr. Manhattan. Whatever became of that baby?
If Dr. Manhattan wanted to create darkness and chaos in the DCU, is that baby The Joker?

Once again Geoff Johns and Gary Frank have delivered a first class book. It both pays homage to and moves the story on from the original Watchmen. This issue does contain more set up for future events than the past two issues did and did feel a little to heavy in places. However, despite that, this book is outstanding. The amazing visuals of Gary Frank coupled with what is quickly becoming Geoff Johns best story ever makes this book a must read.