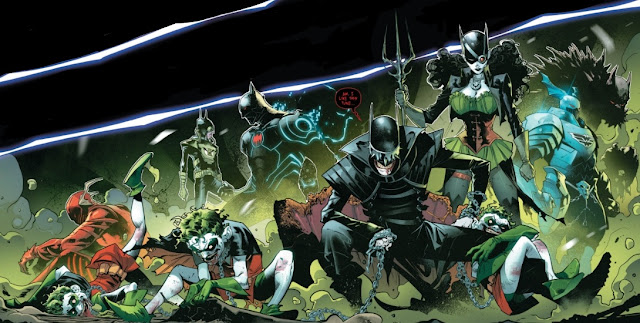 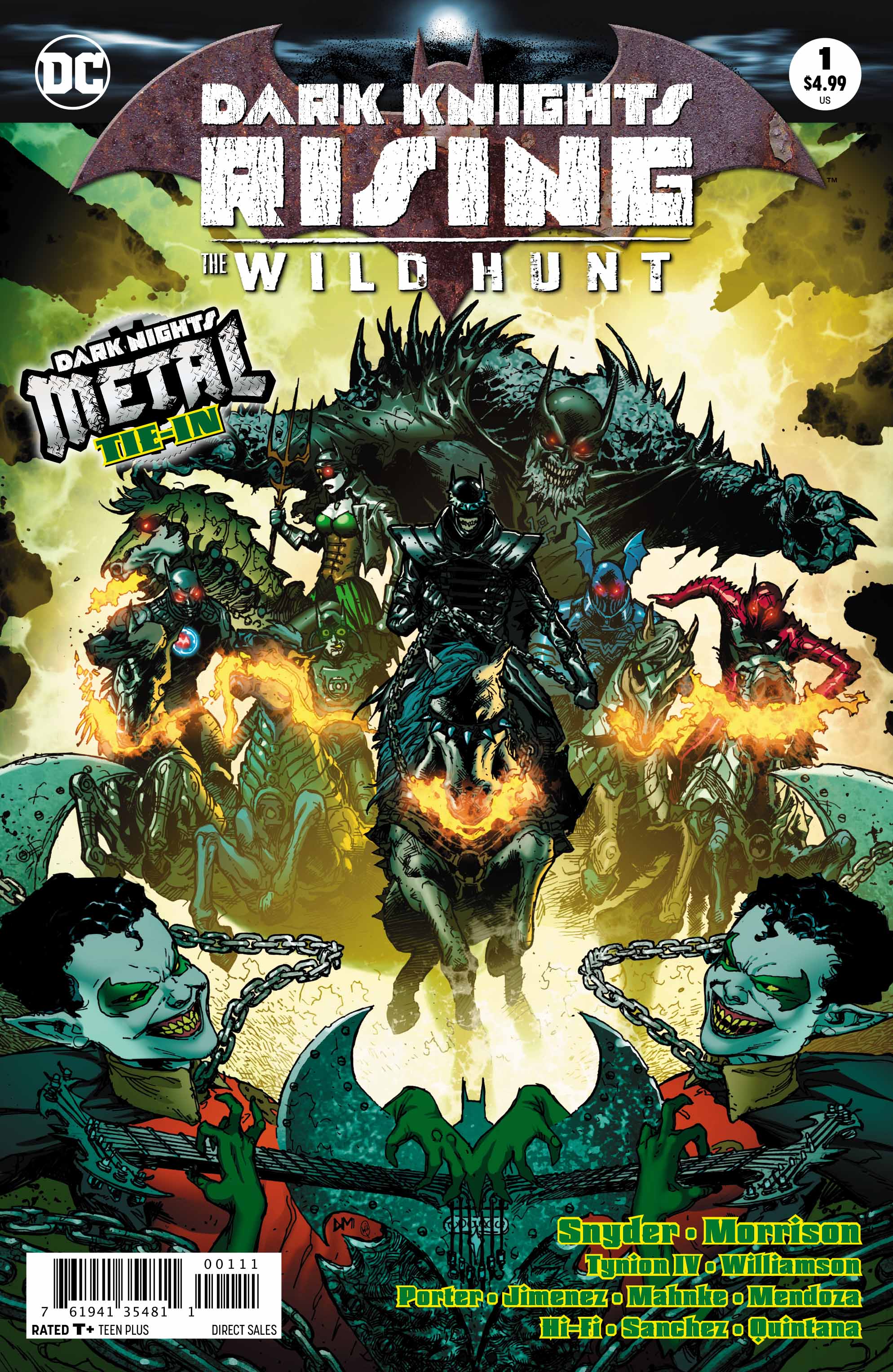 Writers: Scott Snyder, Grant Morrison, James Tynion IV and Josh Williamson
Artists: Howard Porter, Jorge Jimenez, Doug Mahnke and Jamie Mendoza
Review by Steve J. Ray
Now, the end is near… and this really could be curtains for the DC Multiverse! This week, I’ve read a comic grounded in heart, and humanity, and then gone to the furthest extremes of cosmic, mind-bending sci-fi fantasy. DC Comics are nothing, if not varied, and “Dark Knights Rising: The Wild Hunt” is a Metal tie-in of intergalactic proportions.
I’ve been loving the whole “Metal” storyline, with all the interstellar, and multi-dimensional chaos that it has wrought. This series, and the incredible “Doomsday Clock” are shaking the very foundations of the DC Universe.
This issue is no different.


Whenever I see a comic with Grant Morrison’s name on the cover, I get a little excited. When his name’s on the cover alongside those of Bat Legends Scott Snyder and James Tynion IV, I cannot help but squee with fanboy delight. This book is BONKERS!
Detective Chimp plays the accordion, the harmonics of the universe are out of whack, and the Dark Knights are out in full force… and that’s just the first seven pages! 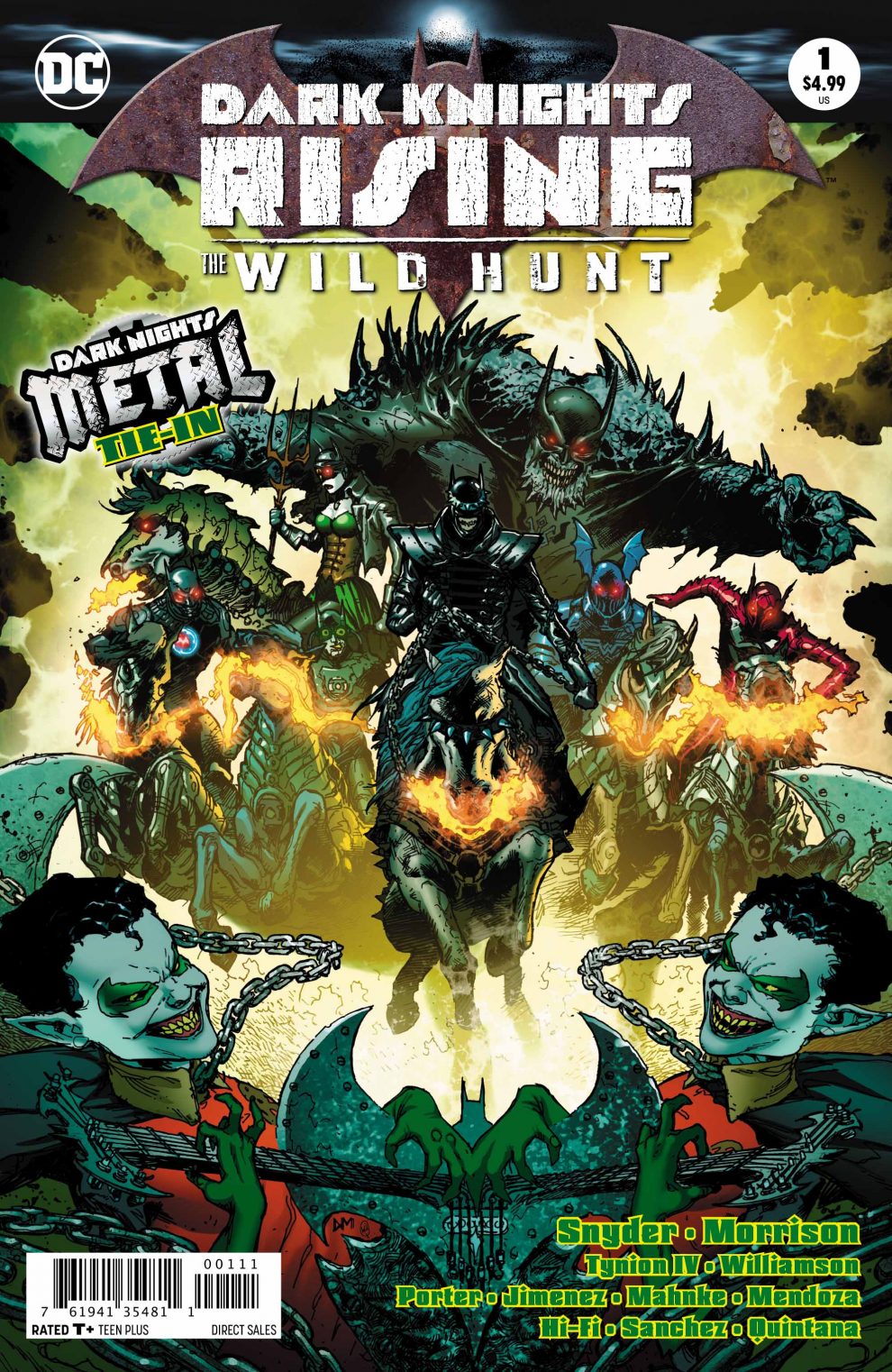 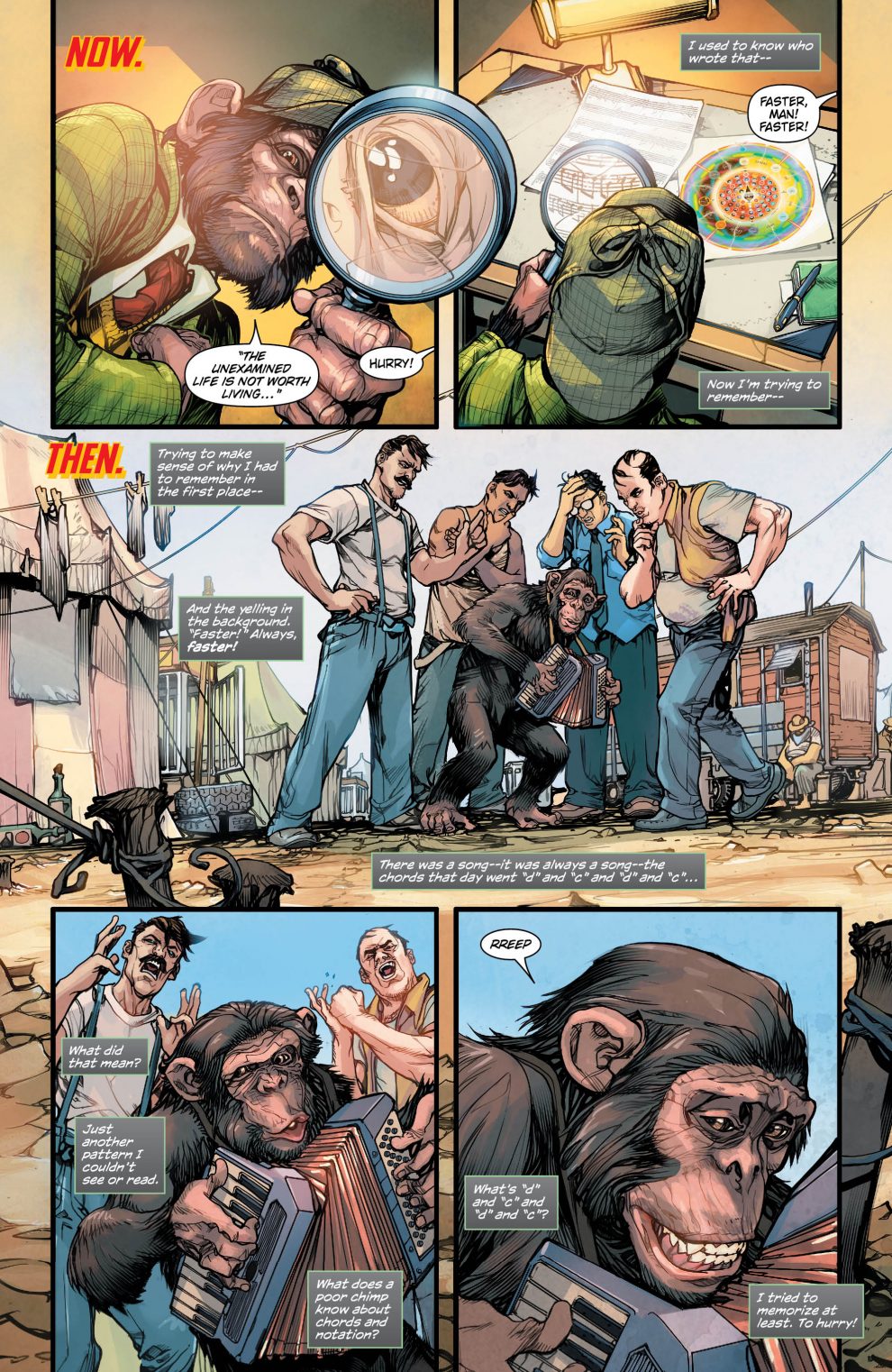 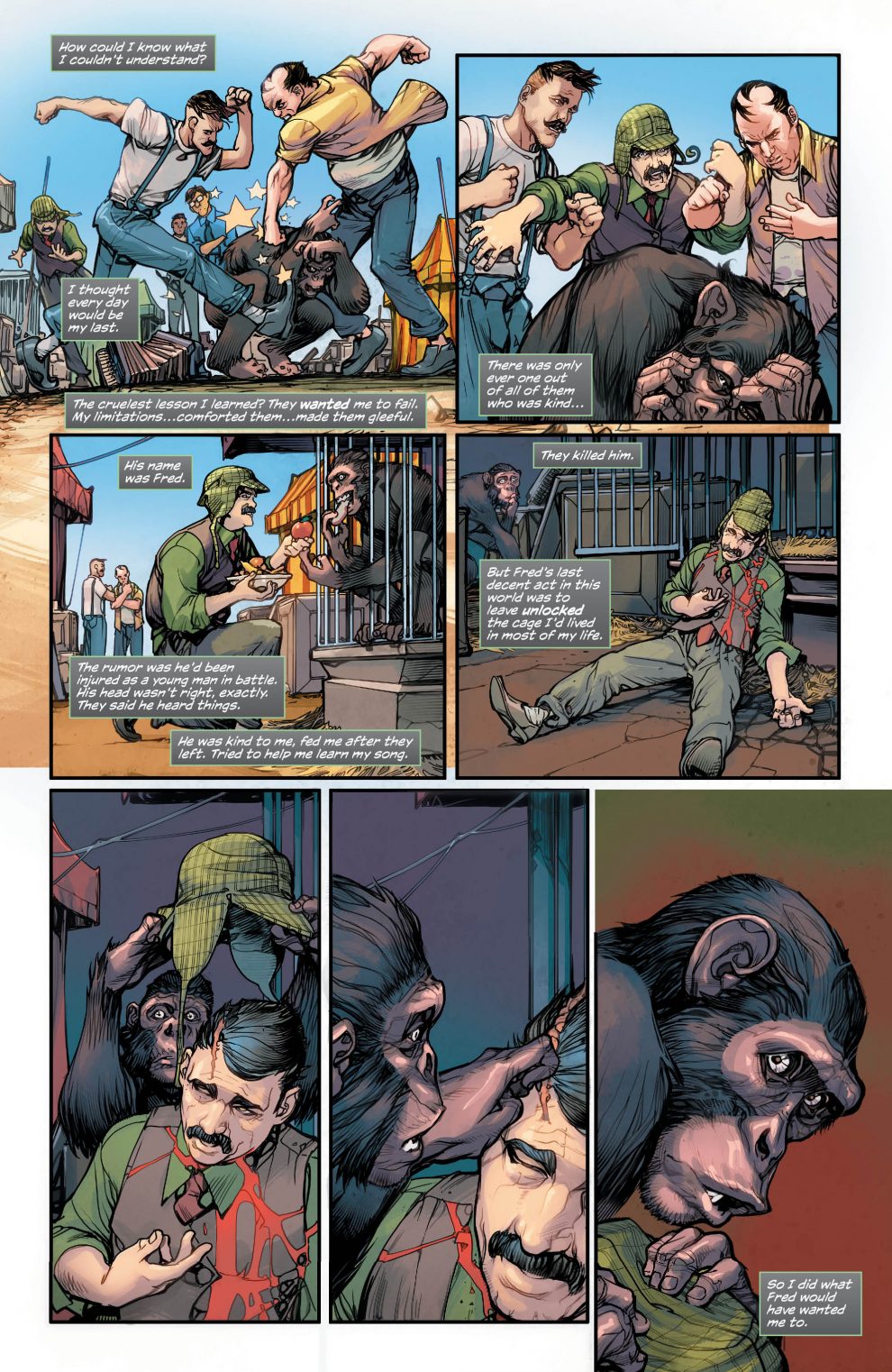 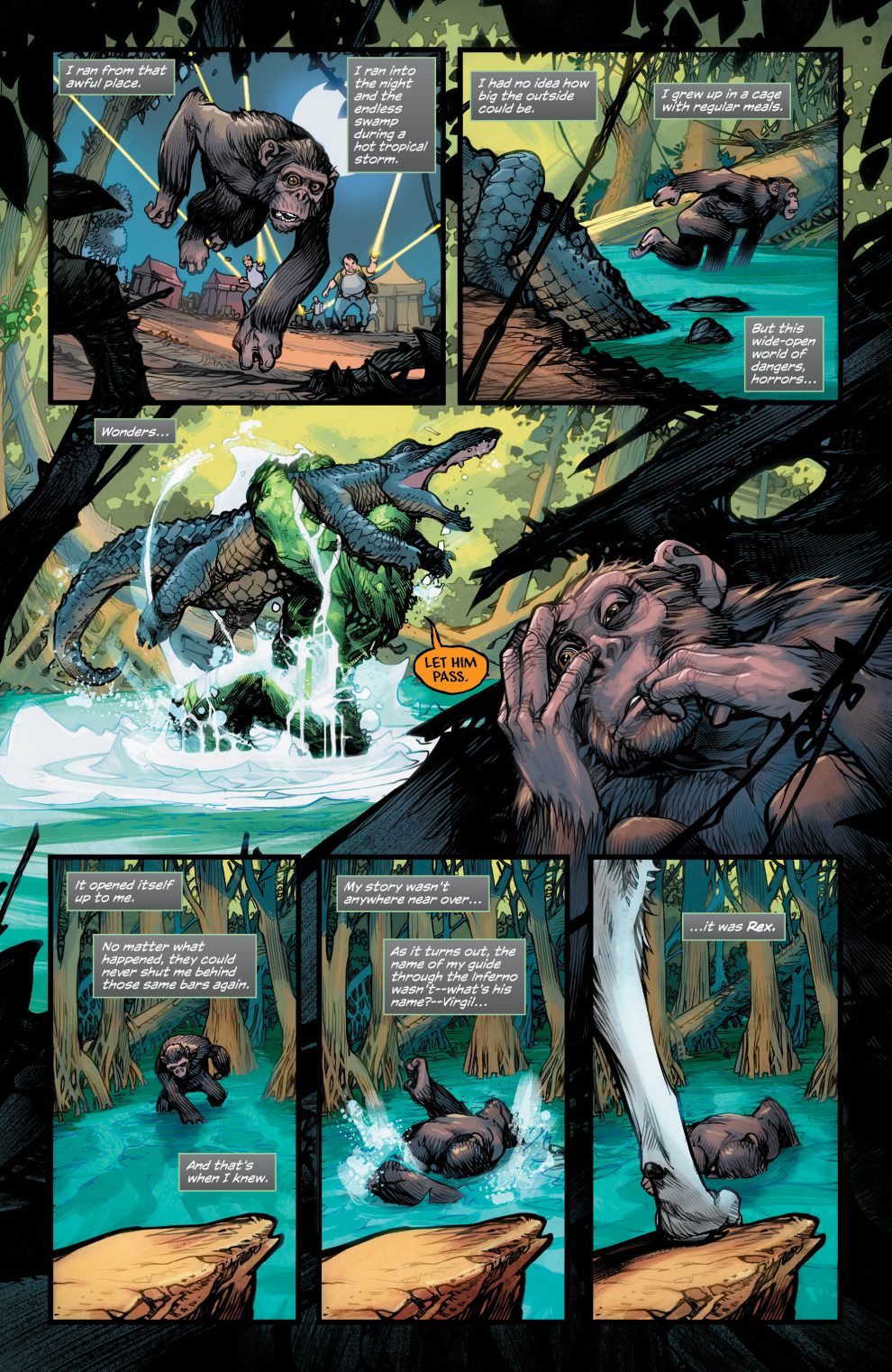 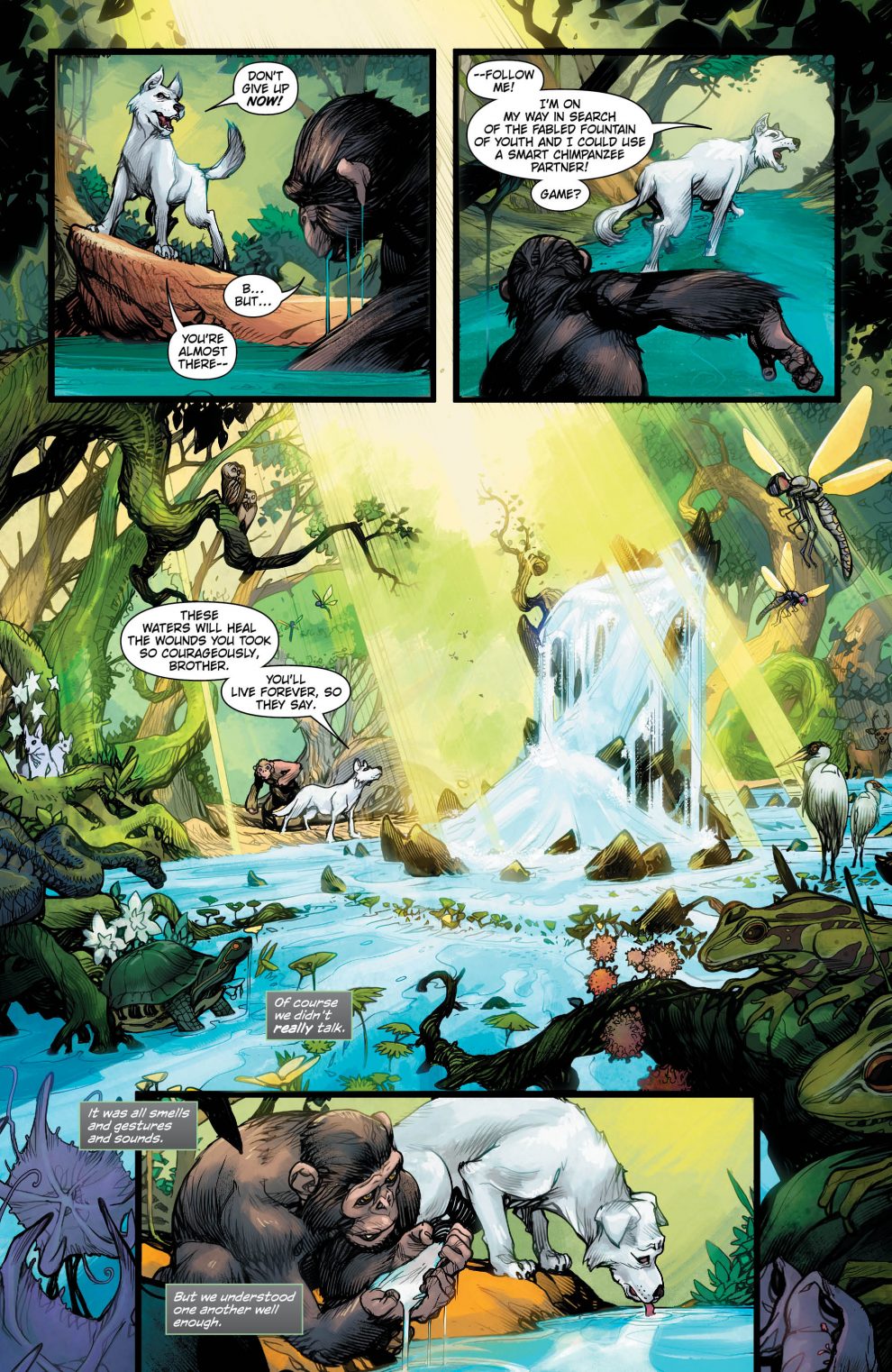 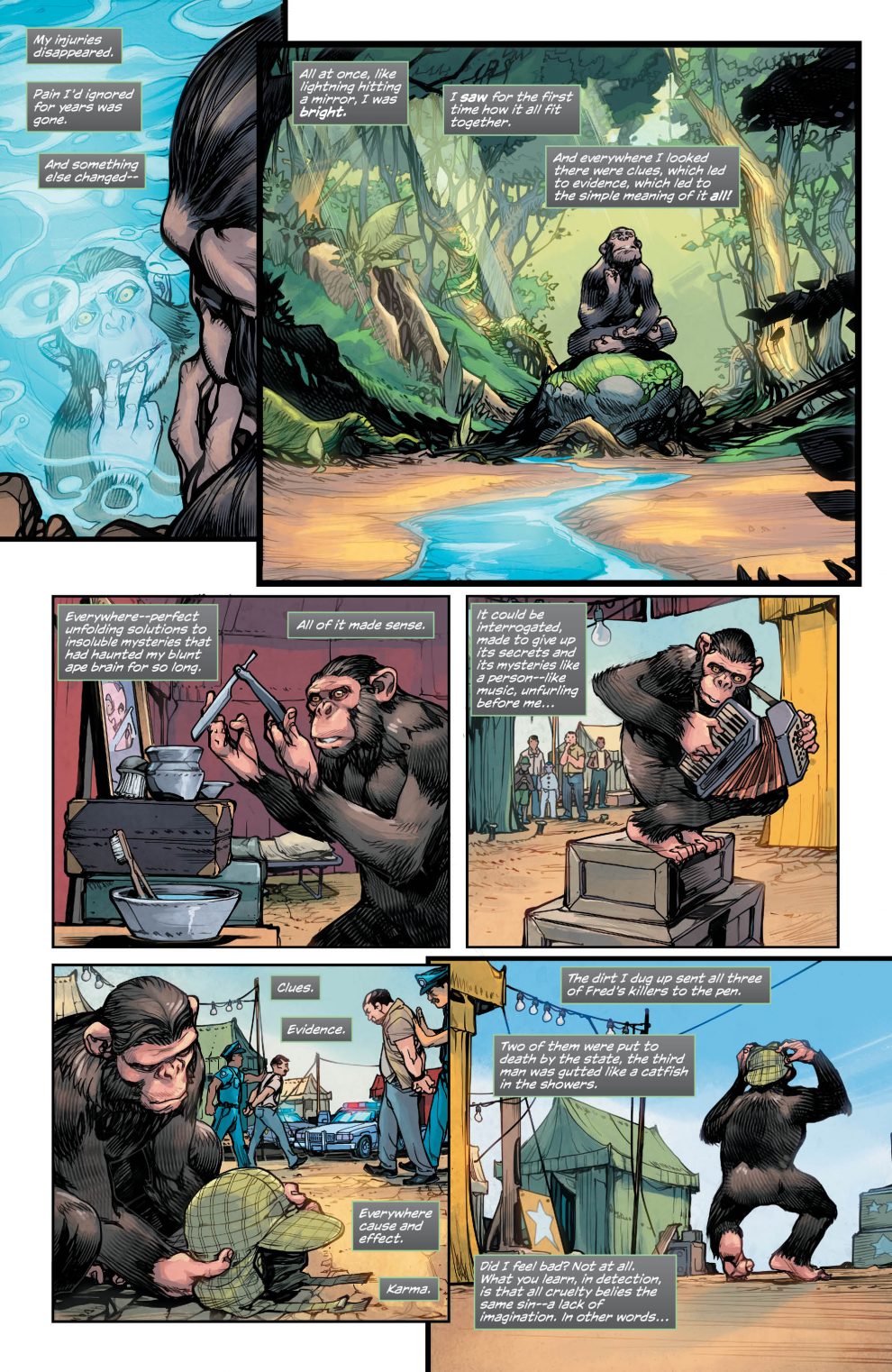 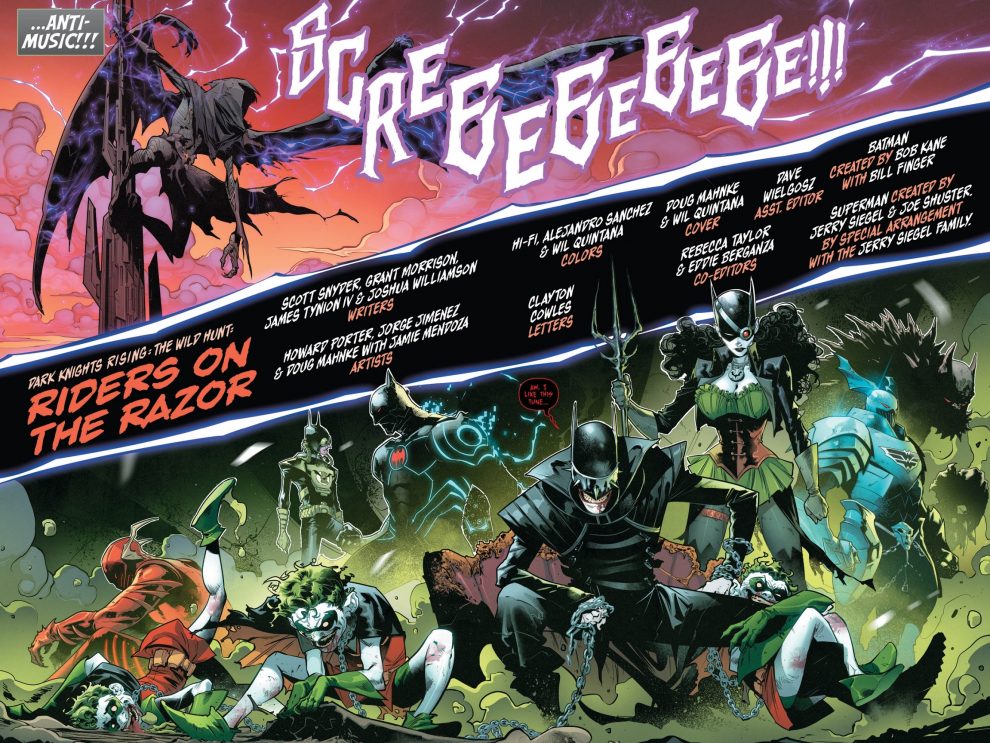 After the events of Dark Nights: Metal #5 things seem dire, indeed. The Forge at the centre of the universe has gone dark, and now the music that binds worlds together has grown discordant. But what does it all mean?
When a comic has four writers, four artists, and three colorists it would be safe to assume the end result would be an incoherent mess. I’m extremely pleased to report that this is not the case here. Over the course of Dark Nights: Metal, we have seen many strange things, and experienced every emotion. Snyder, Morrison, Tynion and the art team on this issue continue the trend.
I’ve always found characters like Detective Chimp and Gorilla Grodd frustrating. To me, they always embodied some of the most ridiculous, and childish aspects of comics. Throughout his career, Grant Morrison has made the ridiculous sublime. From his stellar run on Animal Man, to his cosmic, mid-bending Doom Patrol; this is the man who managed to tie in some of most over the top Batman stories of the 50s and 60s neatly into modern continuity. No mean feat!
Detective Chimp in this issue is probably my favorite character, and that’s a sentence I never thought I’d ever write. Nice work, team!
I am usually a stickler for having a consistent art team handling an entire issue. Again, I am eating my words. The different stories that unfold in this issue actually benefit from the variety in the art. The feel of Detective Chimp’s narrative is in complete contrast to the nightmarish story of the Dark Knights, and their quarry. Sometimes, it truly is a joy to be proven wrong.

This issue leads us squarely to the blockbuster finale. Next month will see the release of Metal #6. Will the Dark Knights and their master Barbatos extinguish all light from reality? Can Batman and Superman relight the Cosmic Forge? Will the rest of the Justice League be able to restore harmony to the multiverse? I can’t wait to find out! The last couple of pages show that there’s a ton of monkey business still to come.