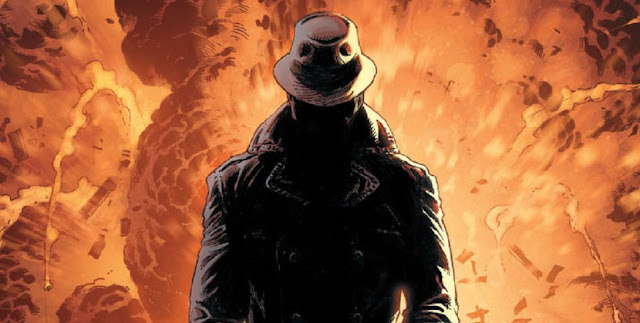 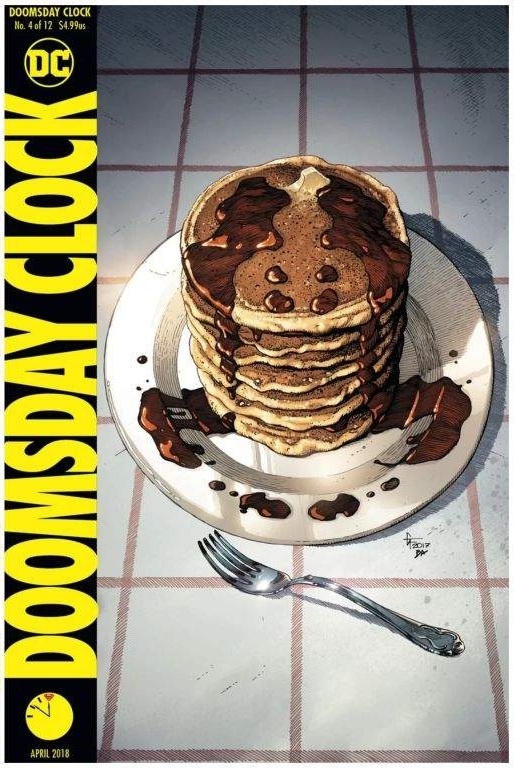 Review by Steve J. Ray
In this issue we finally learn the identity of the new Rorschach. I don’t want to give anything away to readers who haven’t picked up the book yet, but many fans were right… sort of. We now know WHO Rorschach is, but what Geoff Johns has achieved, above and beyond what any of us may have expected, is explaining WHY.
I thought that what broke the mind of Walter Kovaks was harrowing, but what the new wearer of the blotted mask has seen is truly horrific. Geoff Johns, you have a scary, and twisted mind, sir… keep it up.
Johns has written a truly harrowing, yet sympathetic origin for Rorschach; the tale weaves in and out of the character’s past, and present, after Batman left him locked in Arkham Asylum at the end of issue #3. His reasoning for Rorschach’s state of mind, and physical prowess is sound. Being trained by a former costumed hero, and by the world’s smartest man/greatest martial artist will make you a splotch faced badass.
Another beautiful part of the issue is how Mr. Johns handles Watchmen‘s Mothman, Byron Lewis. Poignant, sweet, tragic… and totally in character. 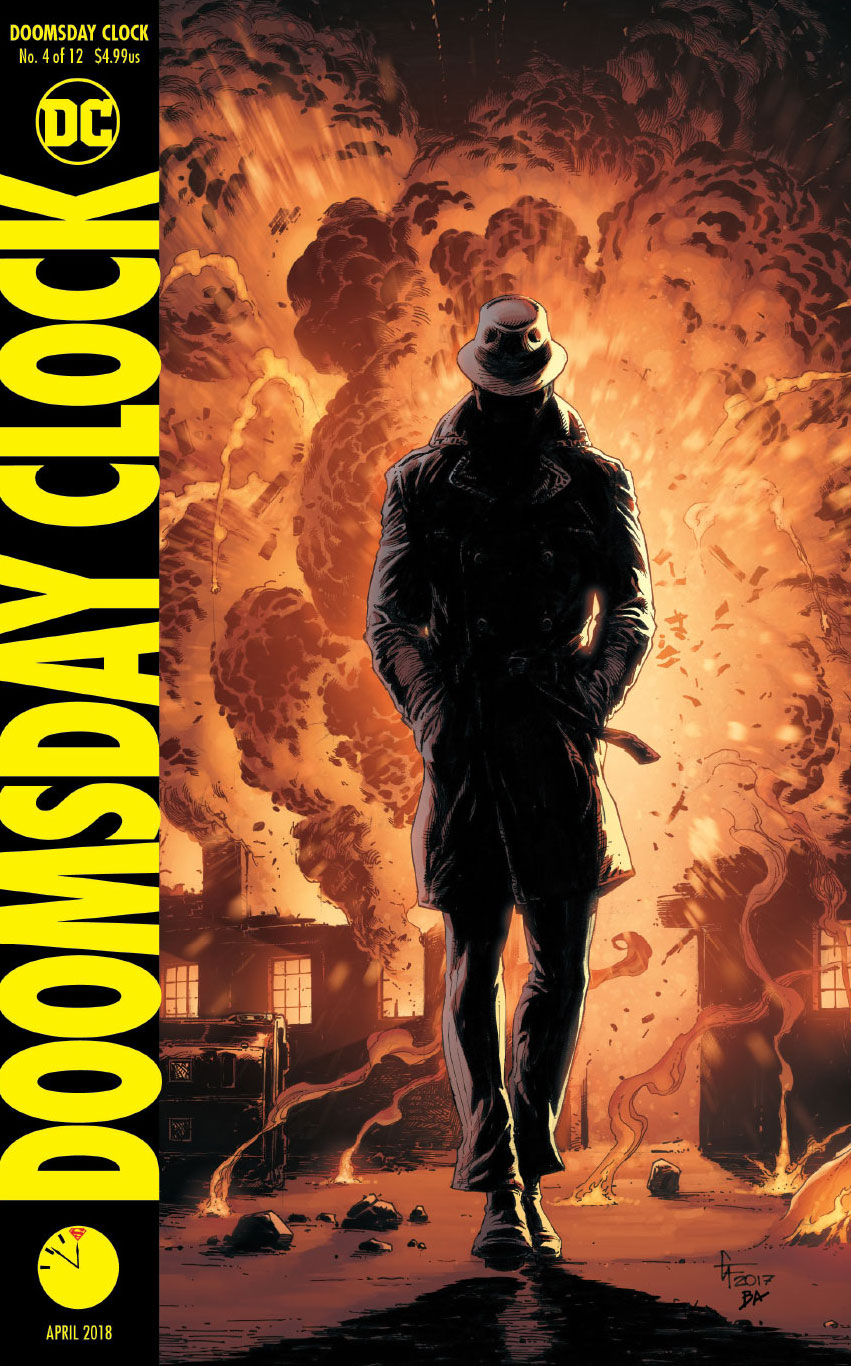 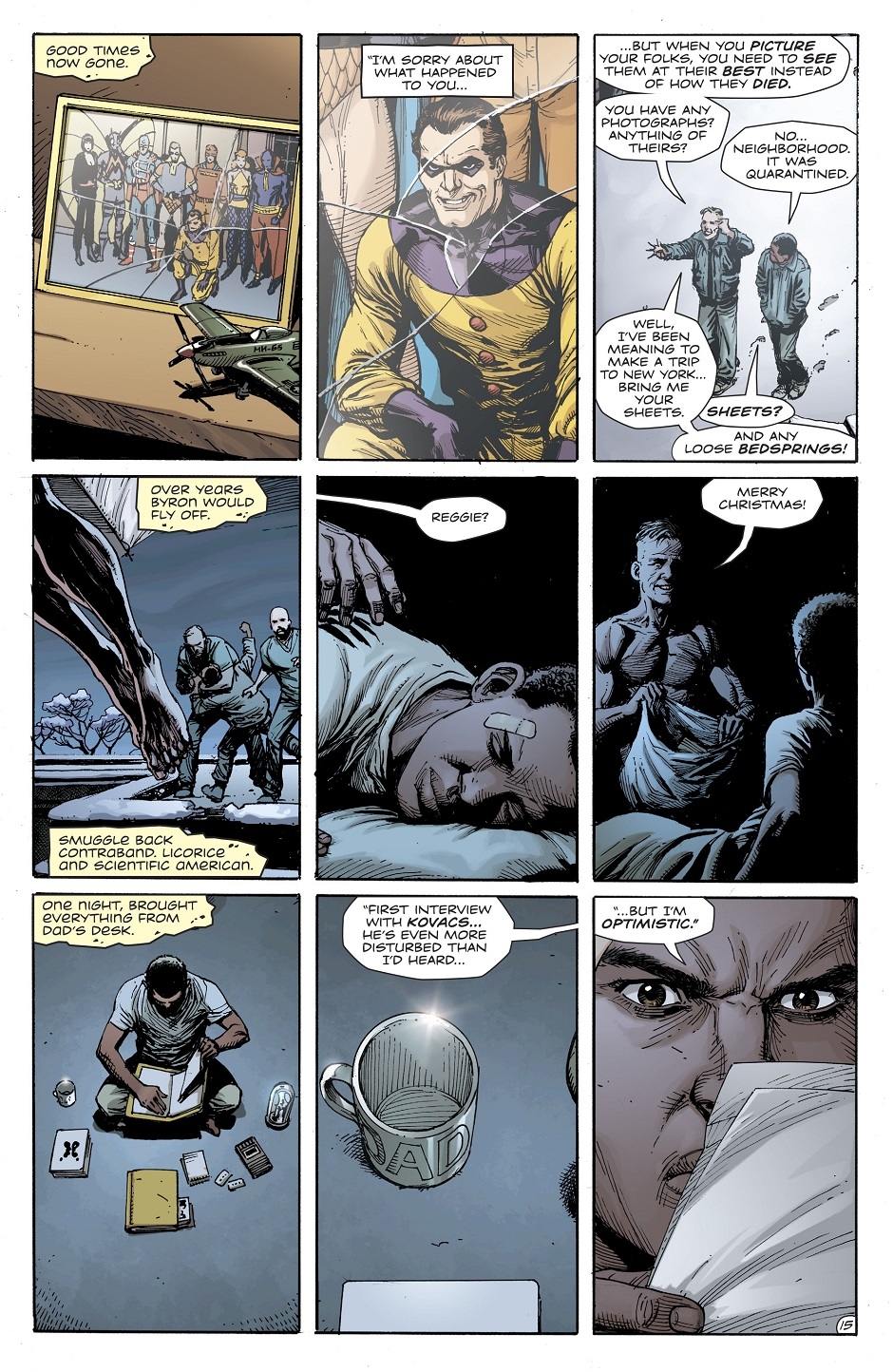 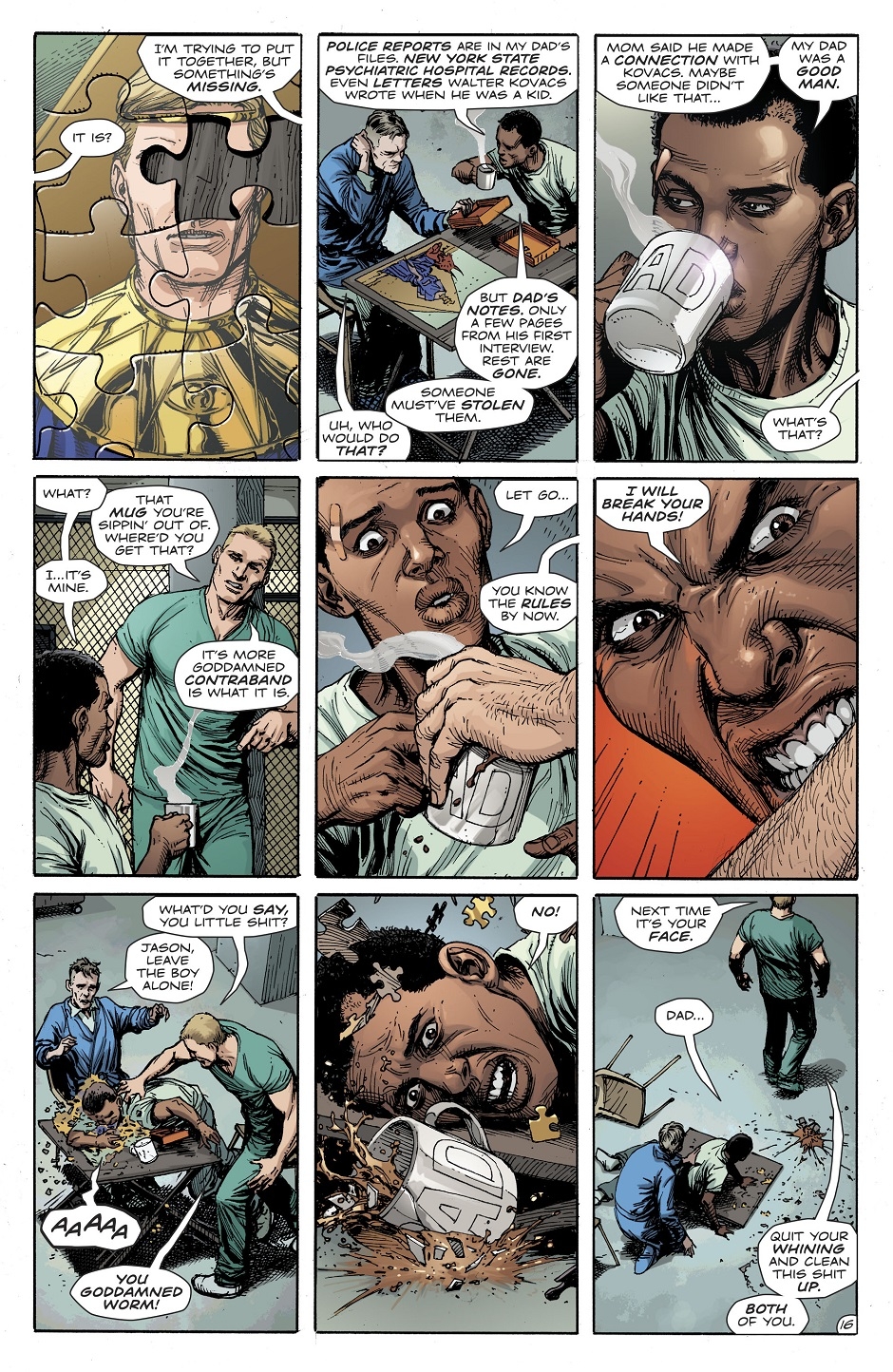 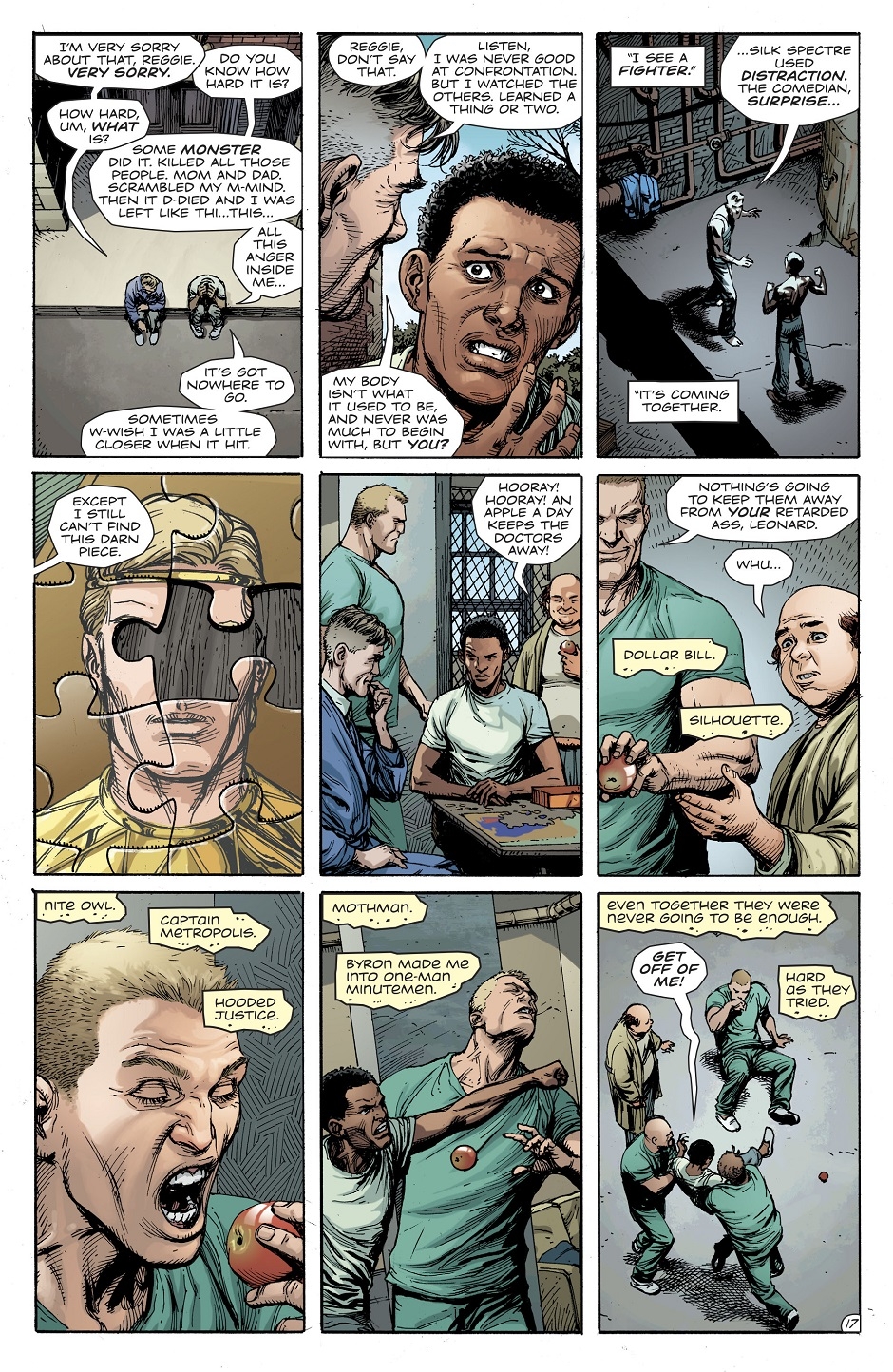 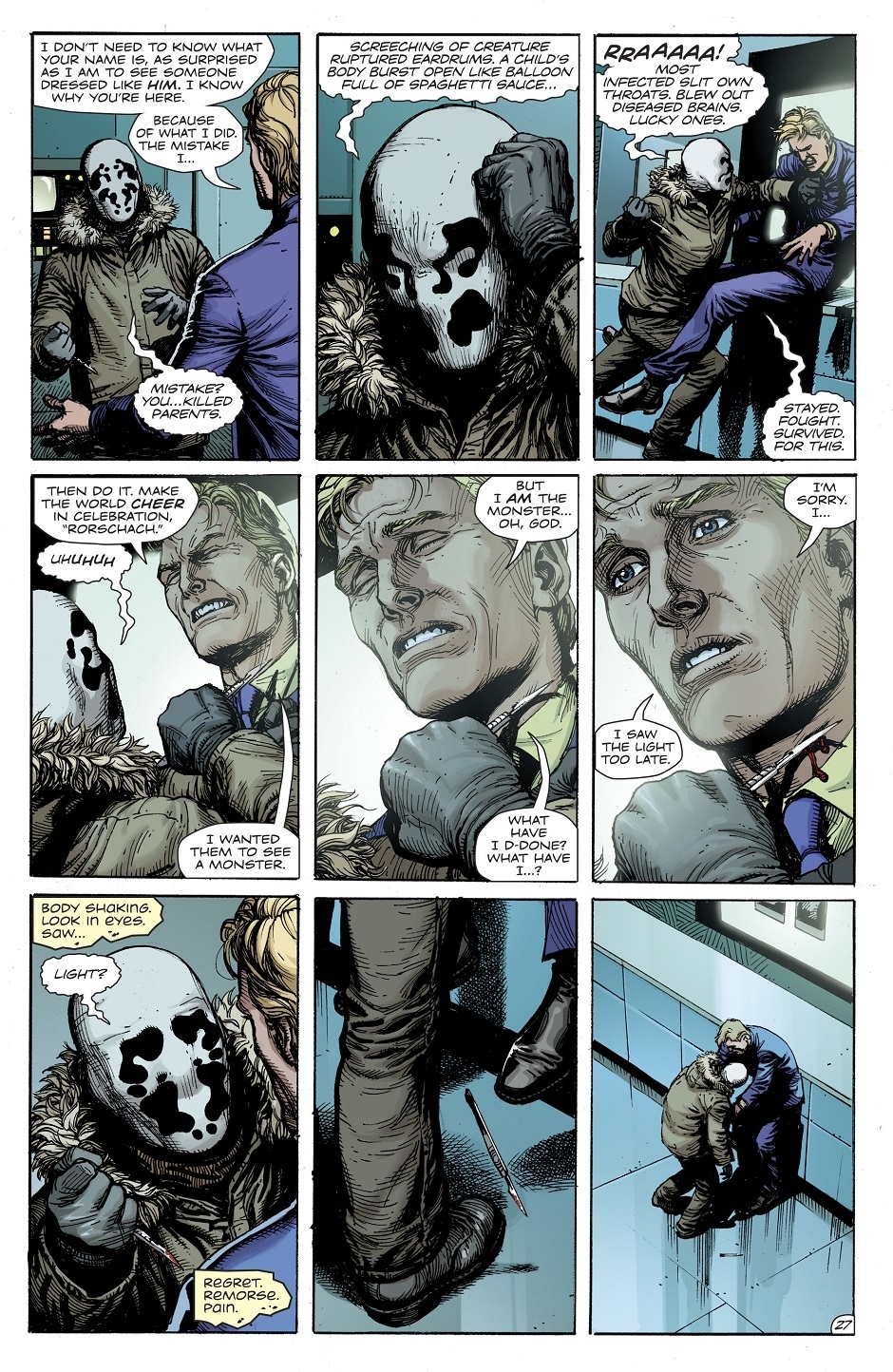 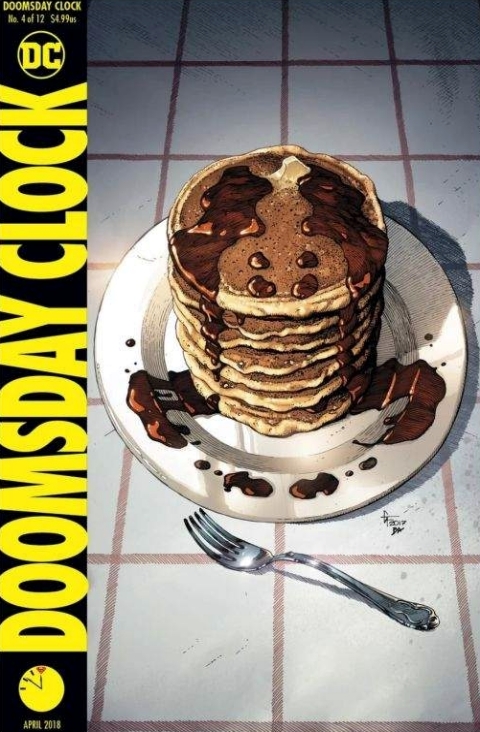 This issue draws some excellent parallels with Walter Kovaks’ origin tale from Watchmen. The psychiatrist, the mask, the blot tests… brilliant. The way Gary Frank draws the scenes is, as always, inspirational. The level of detail in Gary’s art is simply astounding. His use of light, his facial expressions, his action… all are sublime. When coupled with the color work of Brad Anderson these books are elevated to levels that I can only describe as heavenly. This. Is ART. I’m sure that Brad Anderson has rainbow control powers!
In a book that’s filled with highlights it’s hard to pick just one. Mothman’s naked night flight, Ozymandias’ reaction to the new Rorschach, and Byron Lewis’ final farewells are definitely amongst the best. Oh, and the little conversation between Mess’rs Wayne and Pennyworth was a nice touch, too. I can only hope that the next inmate our symmetrical sleuth encounters is a certain Mr. Thunder.

As an origin piece, and in the way it forwards the narrative, this issue is bordering on flawless. I say bordering, as it’s really just an observation and down to personal taste. While the Watchmen characters and our very own Dark Knight have all been handled very well, this series was touted as bringing two universes together, and involving a certain Man Of Steel to large effect. I’m sure that Mr. Johns, Mr. Frank, and Mr. Anderson are going to deliver, but that tease at the end of issue #1 has yet to bear fruit. I know I’m nitpicking, but it’s caused an itch that I can’t scratch.