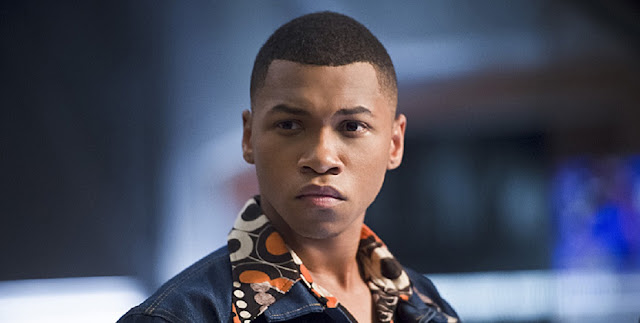 Interview by Steve J. Ray
Franz Drameh is a wonderful British actor (yes, you read that right… British). Though I would love to live on a planet without borders, or division, in a world that co-exists as one nation, seeing a young actor from the country I live in succeed, brings a warm glow to my heart.
Franz is a young man, and a new father (CONGRATS!!) who has achieved a great deal in his eight year acting career. His film debut was in Clint Eastwood’s Hereafter, which is impressive in and of itself. He’s also appeared in one of my favorite British Sci-Fi comedies Attack the Block and the futuristic thriller Edge of Tomorrow.
Readers of this website, however, will know him best as Jefferson Jackson/Firestorm. This character first appeared in The Flash before becoming one of the main players in DC’s Legends of Tomorrow.
Franz was one of the many great stars at this year’s second annual UK Heroes & Villains Fan Fest, in our home town of London. The event hosts and his agents were gracious enough to organise an interview with him for me. This conversation was so much fun!
What can I say about the impression Franz Drameh made on me? The one word that I think most adequately describes this young actor is real. If there was an Oxford visual dictionary, and I looked up the word, I would fully expect to see Franz’ face beaming back up at me with his trademarked huge, cheesy grin. The man is living proof that you can take the boy out of London, but you can’t take London out of the boy. 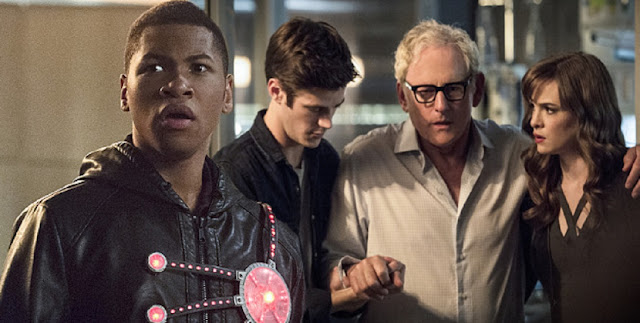 Steve J. Ray: OK. So here we are for DC Comics News with one of my favorite guys, Franz Drameh. Thank you for taking time out  to talk to us. Nice to be home?
Franz Drameh: Yeah, I’ve missed London. It’s my favorite city, and it’s home. So I’m getting to see all my friends and family and that. It’s nice.
SJR: We forget what a great city we live in.
FD: I know, for real. I feel like we only really appreciate it once you leave. When you’re from here it’s like, “Oh the weather… I just wanna get out of here.” [We both laugh] Then you get out, and it’s fun for the first couple of weeks, and then you’re like “Wait, you know what? This city, it’s actually a good city, it runs well.” So I’m glad to be back.
SJR: And it’s been a journey. You’ve gone from working with Clint Eastwood, Attack The Block, and obviously our readers know and love you from Flash and Legends Of Tomorrow. You’ve worked with some amazing talents, most closely of course with Victor Garber [Dr. Martin Stein in both Arrowverse series]. What’s it like working with him, and all your co-stars on these great shows?
FD: You know what? He’s amazing. We had a chemistry read before we started filming, and we literally just got on so well… we got on like a house on fire, pun intended! [We both laugh] Dad jokes, dad jokes. I’ve just become a new father, so there’s a lot of dad jokes flying around.
SJR: Yes!
FD: Yeah, we got on wicked, we got on super well. You know we tease each other just constantly, I speak in London slang to him… he has no idea what I’m talking about, which is amazing. We just became, really, really good friends. 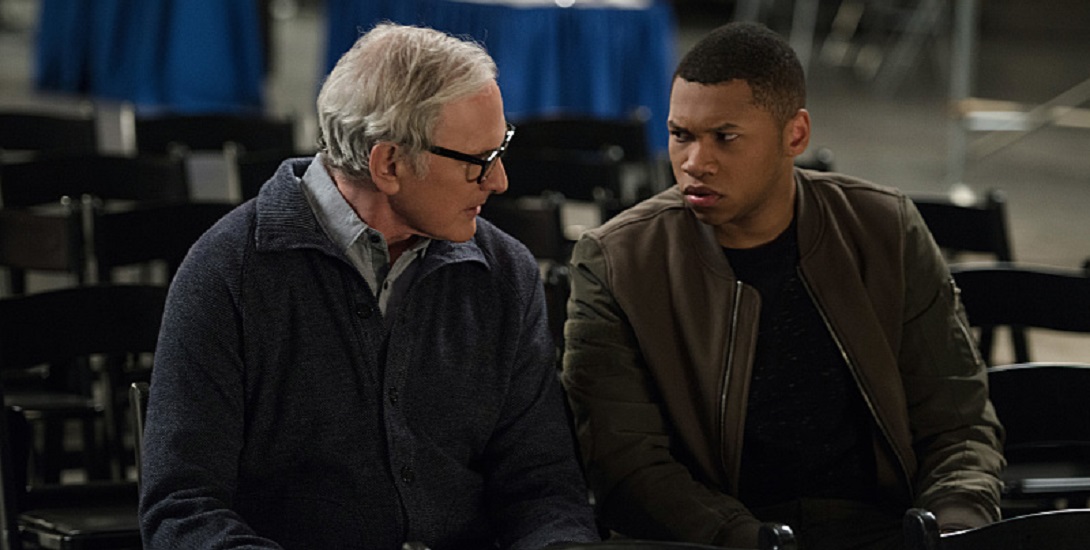 SJR: Awesome.
Well, it’s like you’re part of two casts. First you were part of team Flash… I interviewed Danielle [Panabaker] yesterday and she said she saw you recently.
FD: She’s lovely isn’t she?
SJR: An absolute sweetheart. She said that Tom Cavanagh’s the joker on the Flash set. So who’s the biggest joker on the Legends team? Or am I looking at him?
FD: Ummm… [Trying to look innocent] You know, it’s a hard one. I think… yeah, I pull the odd prank or two. Now and again. But, y’know, it’s hard. With Legends it’s very hard to joke about a lot, because it’s such a hard, tight schedule that we’re running on. Our show is arguably, in terms of production, and size, it’s like the biggest of that kind of the CW/Berlanti kind of DC comic-book universe.
SJR: I’m in total agreement. It’s huge!
FD: So we’re always rushing to get things done, so we have to be on point all the time. But, I’d definitely say I try and keep the energy light and keep spirits up.
SJR: Absolutely. 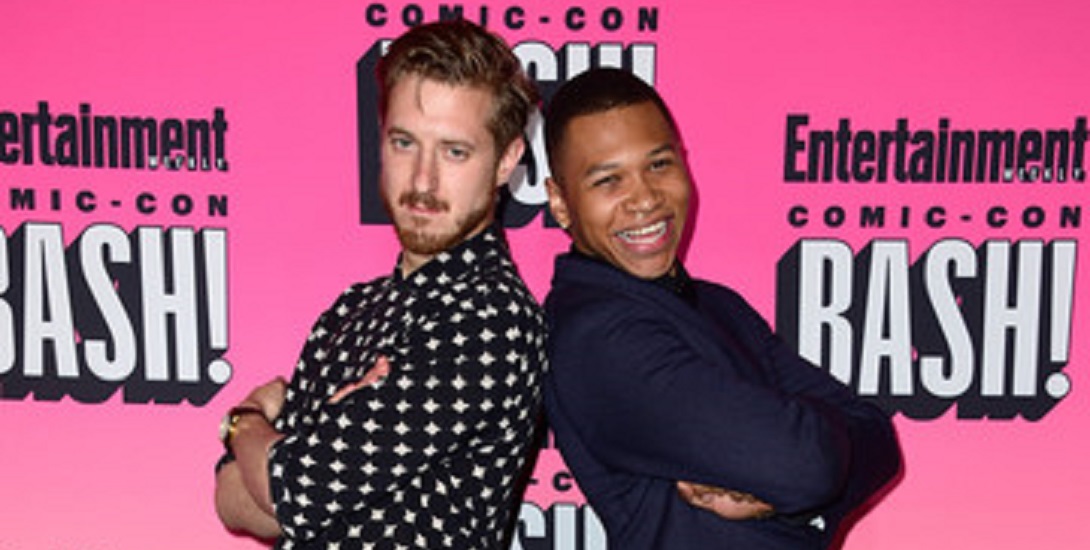 SJR: As we mentioned earlier, it’s great to see a local boy achieving success in the U.S. You’ve also worked with Arthur Darvill [Rip Hunter], another fellow Brit on the show.
FD: Nice. Yeah, it’s super refreshing. I love it when he’s around.
SJR: Yes, I don’t think we saw enough of either of you this season. Please tell us we’re going to see more of you next year.
FD: You know what? I’m not too sure. I haven’t had that conversation yet. But with these shows I feel like no-ones ever really gone permanently, or for too long. So there is that chance, and I’m always open to coming back. I have so much fun playing this character, and I love all the guys, I’m a big fan of the show.
I was a fan of The Flash even before I joined the whole thing. I’m a massive comic-book fan! I even have a Batman tattoo on my calf.
SJR: You’ve preempted my next question, great! So you are a fan of the comics too? I always like to ask the question of what your relationship with comics was like before working on the show, and after.
FD: I’ve always been a comic-book fan. My dad was a comic-book fan, so I kind of just grew up on comics and all the animated shows. Batman: The Animated Series was like my favorite! I used to watch it every morning before school. This built my love for Batman, he’s my favorite superhero. [He points to my T-shirt and his tatoo, as I wholeheartedly nod in agreement with his last few remarks]. We’re representing, for real!
SJR: So, why Batman?
FD: I just like the fact that, yeah he’s a super rich guy, but other than that he’s just a regular guy who, through hard work and training has reached the peak of fitness. He’s made himself the World’s Greatest Detective and to me it’s like, yeah… with hard work and determination you can achieve all your own goals. Even though he is like a psychopath, to a degree. He doesn’t deal with trauma well, I think we’ve established.
[We both laugh heartily] 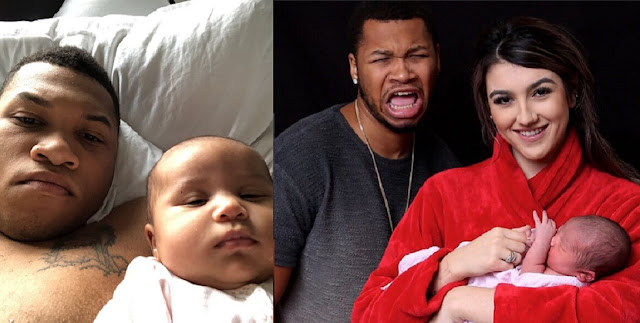 Think About The Future

SJR: What’s next for you? Can you say what else you’re working on?
FD: D’you know what? Right now I’m enjoying having a bit of a breather for this little period. Just while my kid’s still super, super young… she’s five months old. I’m kinda enjoying this special time with her. So, yeah… not too sure yet what’s on the horizon.
SJR: We’ll definitely keep an eye out, because obviously we love to see our home grown boys doing so well across the pond.
FD: Thanks, man.
SJR: Now, you’ve worked with some great talents, Clint Eastwood, Victor [Garber]… is there anyone you still have a dream of working with in the future?
FD: James McAvoy, he’s one of my faves. I just think he’s an absolutely amazing actor. I would just love, love to get the chance to work with him at some point.
Who do I also really admire? D’you know what, and funnily enough, it was a weird one because I technically did a film with him – Idris Elba. We did a film together, but the way that the film is, our characters never really interact, which is a bit of a bummer. So I’d like to get the chance to actually, properly work with him and get into some really meaty scenes and stuff.
SJR: That would be incredible. What great choices.
So, to finish up, I’d like to close with this one. You’ve been in the business close to a decade now, so you’ve probably been asked every question under the sun. Is there a question you wish you’d been asked but never where? What’s that question, and what’s the answer? What would you like our readers, your fans, to know about Franz Drameh?
FD: I was in the circus! For seven years!
SJR: Awesome!
FD: Yeah, random. From like age 7 to 14. I used to do like, flying trapeze, tight rope walking, acrobatics…
SJR: What?!? So you could do all your stunts and fight scenes easy! Who needs a stunt man?
FD: Mate, I’m like “Guys, listen… just get the insurance and let me do my thing, yo!” No, I’d probably be a bit terrible if I got on a flying trapeze now! It has been a while. So no, yeah… I was in the circus.
SJR: That’s amazing! Now that’s an answer. Any final message for our readers?
FD: Thanks for the support, keep following and watching the show, even though I’m not currently about, right this moment. But I’m sure you’ll see me again.
SJR: If there’s any justice, we’ll see you again.
FD: I like what you did there.
SJR: Thank you so much.
FD: Thank you, thank you. Cheers, guys. 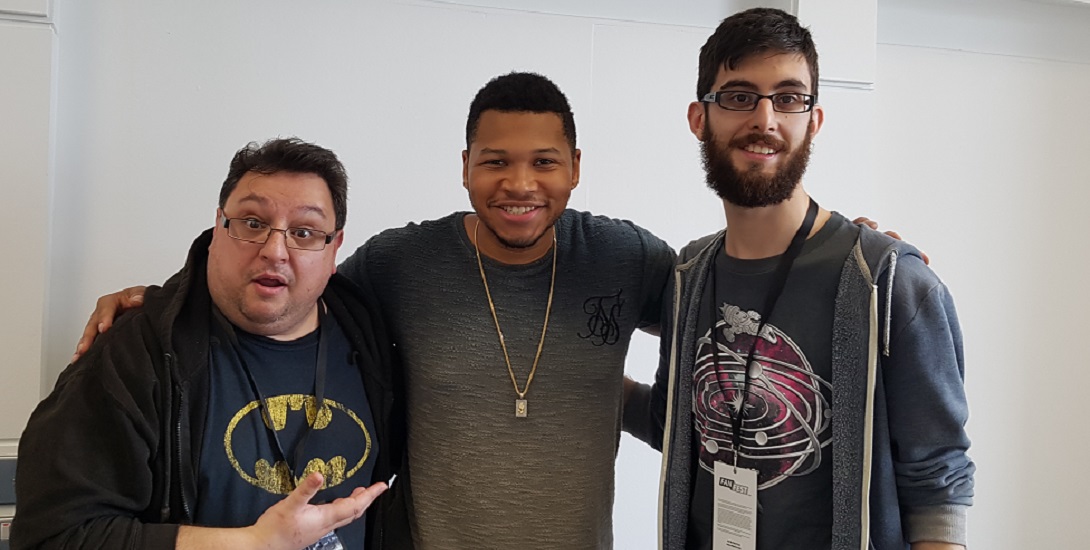 What a cool guy, and what incredible answers. Who’d have guessed that Firestorm would be a Batman fan, or that he followed in the footsteps of Dick Grayson?
Franz was so warm, and so giving in his interview. If you’re reading this, Mr. Drameh; please enjoy this special time with your “X-23.” Before you know it, she’ll be all grown up, and then you’ll be her mini-me! The photo above is living proof.
That’s another one in the can, DC TV fans. Be sure to look out for our interviews from Heroes & Villains 2018 with Danielle Panabaker, Kirk Acevedo, Drew Powell, Cory Michael Smith and Robin Lord Taylor, right here on Fantastic Universes too!
(This interview was originally published on the DC Comics News website on May 31st 2018)