Who Made Who? World Exclusive Interview With Chap-Hop Superstar Paul Alborough and Professor Elemental - Part Two 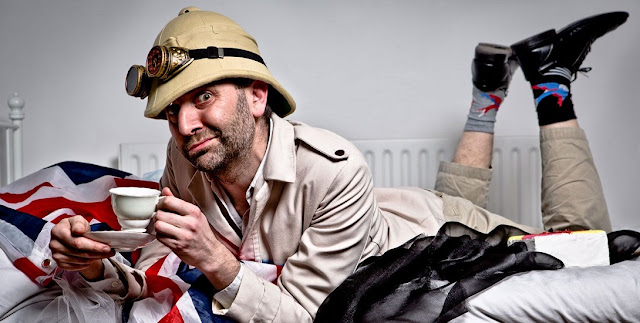 In part one of this interview, Fantastic Universes' resident music ninja got chance to talk to the Head of the "School of Whimsy" Paul Alborough. In the second half of the interview we talk to the Sherlock to his Watson, the Daryl Dixon to his Rick Grimes, Professor Elemental himself. We were lucky to catch him after his last escapade and early enough where he hadn't started drinking horse brandy (it was just after nine in the morning to be fair.......).

Professor Elemental: Hello Sir! Professor Elemental here; just putting the finishing touches to the 'Flying Susan'. I am hoping to open her up to offer flights to members of the public this weekend. Hopefully enough time has passed since that terrible accident with the primary school last year. I still maintain that while I am responsible for the crash, I shouldn't have been blamed for the subsequent and devastating fire.

PE: Oh, tip top and bang up to the elephant, thanks for asking!

SH: What was your most favourite escapade?

PE: It was when I successfully dug my way out of Ipswich using only cutlery. Oh I just see now that says escapade and not escape. Ah, well... they are much the same in this instance.

SH: How do you find all this Hip-Hop malarkey?

PE: It found me really. Cast your mind back to the ancient times, the prehistoric hip hop days when the mighty giants roamed the earth: Rakim, Public Enemy, Big Daddy Kane, Gunshot, Rodney P. These enormous beasts were impossible to miss and their effect on culture was devastating. Who wouldn't want a piece of the action?

SH: Which invention of yours have you most been proud of and why?

PE: I think my self answering interview reply robot. He writes all my interviews so that I can get on with the house work. And I think he's doing a marvellous job so far.

SH: And which one has caused the most heartbreak?

PE: My sweet sweet robot wife. Dear Sally. I miss your cold hard embrace and the chafe of your mechanical lips (see the song 'So Long Sally' from his album "Father of Invention" for the full tale). 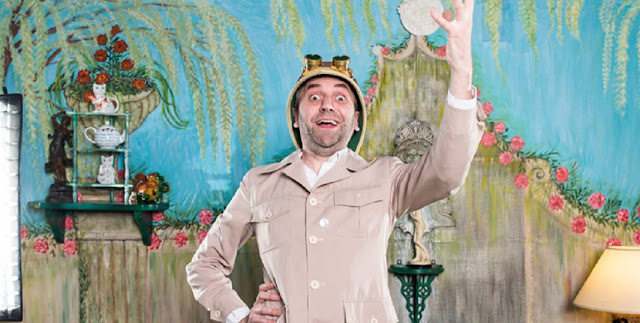 SH: What's your opinion of this Paul Alborough chap? Have you had to chase him from the grounds yet?

PE: Ah, yes...him. He's actually my next door neighbour. Grumpy sod. Constantly telling me to drink less and turn the music down, but - as I remind him - without me, his life wouldn't be half as much fun.

SH: How is Geoffrey and do you find yourself getting annoyed at people asking questions about your man servant?

PE: Gosh no, half the time it's a handy reminder that I actually *have* a man servant. He's locked in a cupboard at the moment for disobedience and throwing his business at the post man again. I haven't received a letter without incident in over 12 years.

SH: It seems like gin is a bit of a popular thing at the moment. Any plans on trying to make horse brandy take it's place?

PE: Horse brandy already has it's place and that's in Elemental Manor. I can't have every Tom, Dick and Sally stealing my invention. I keep it locked safely in the cabinet or inside my liver.

SH: What advice would you give to any would be inventors out there?

PE: Never stop. No matter how impractical or dangerous. In fact, if you are receiving warnings or 'cease and desist' letters from loved ones or the local authority, you are probably on the right track.

SH: What's next for you Professor?

PE: Everything. Anything. Whatever I can lay my hands on and take a huge bite out of.

SH: And, finally, over the years you've probably been asked all kinds of questions. Is there one you always wanted to be asked but never were? What is that question, and what's the answer?

PE: Yes, there certainly is and the answer is a most resounding "No!" 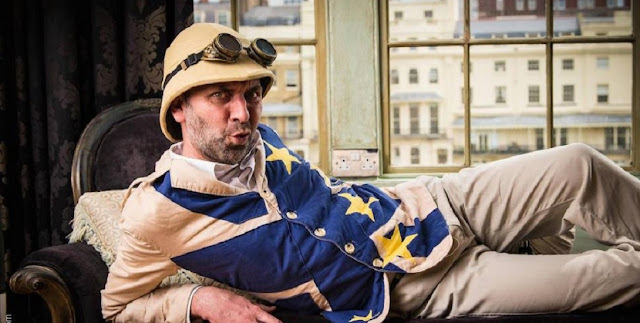 Super special thanks to Professor Elemental for taking the time to go through these questions and answer them for us.

If you'd like to know more you can head over to www.patreon.com/professorelemental to support him, get further insight into his work and get extra music.

The "School Of Whimsy" Album is out now at www.professorelemental.com (which you should really do yourself a favour and purchase) and you can follow him on that there Twitter: @prof_elemental