Review: The Brave And The Bold #6 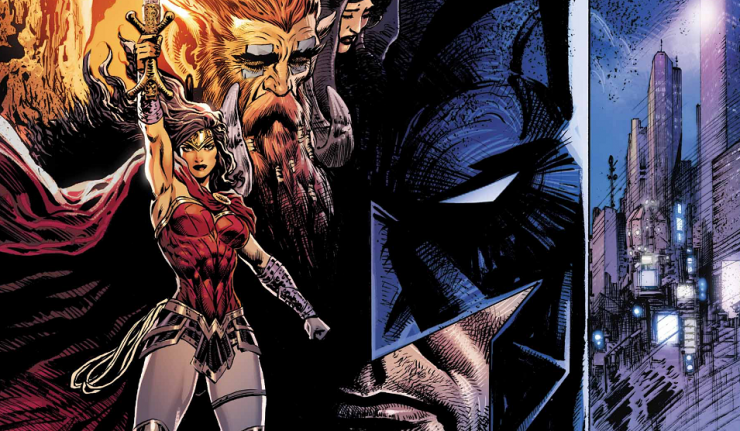 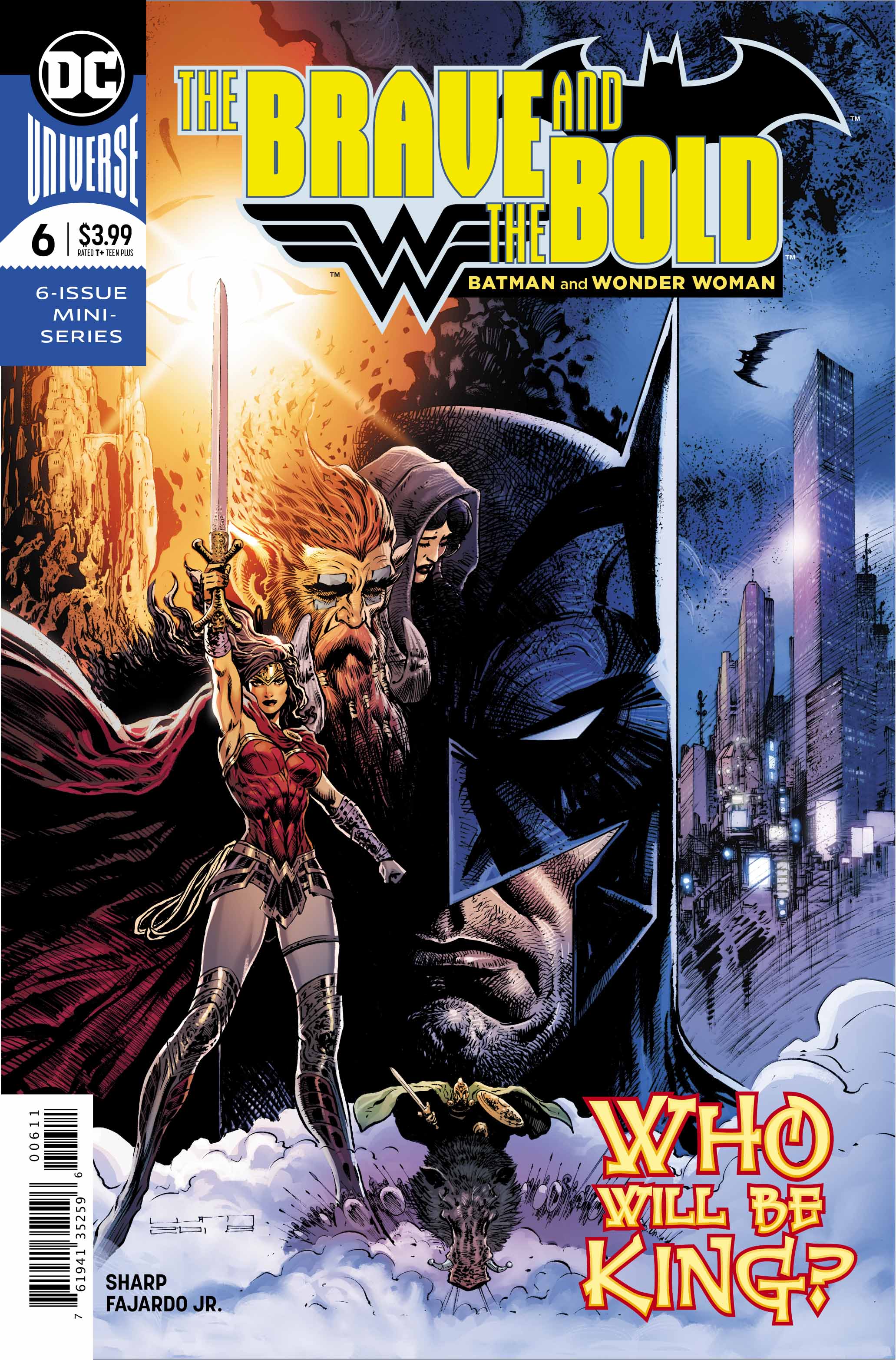 Our escape with Batman and Wonder Woman to the realm of Tir Na Nog has reached the epic conclusion we all wanted. We see the full power of the ancient evil lurking at the heart of this world. The return of an ancient king to combat this great evil shows the wonder and danger of this land, and both are here to stay.
The mini-series has all been leading up to this. I know a lot more about Celtic Myths than you would expect, and Mister Sharp knows more still. The looming presence of Balor, the demon at the edge of this realm has been the threat everyone in this world, and ours, should rightly fear. It’d take all the powers of a warrior princess from yet another world, just to hold him back. 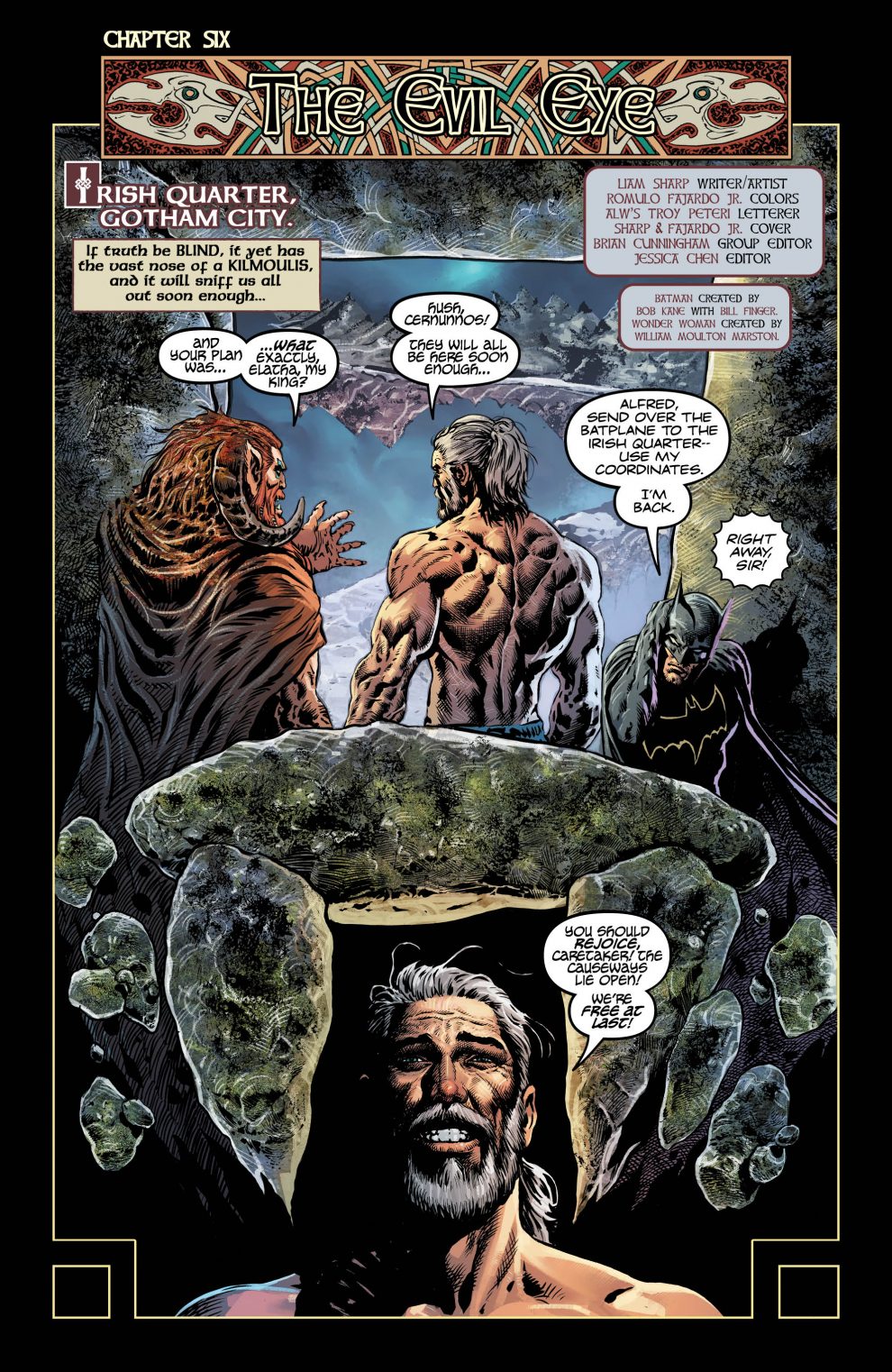 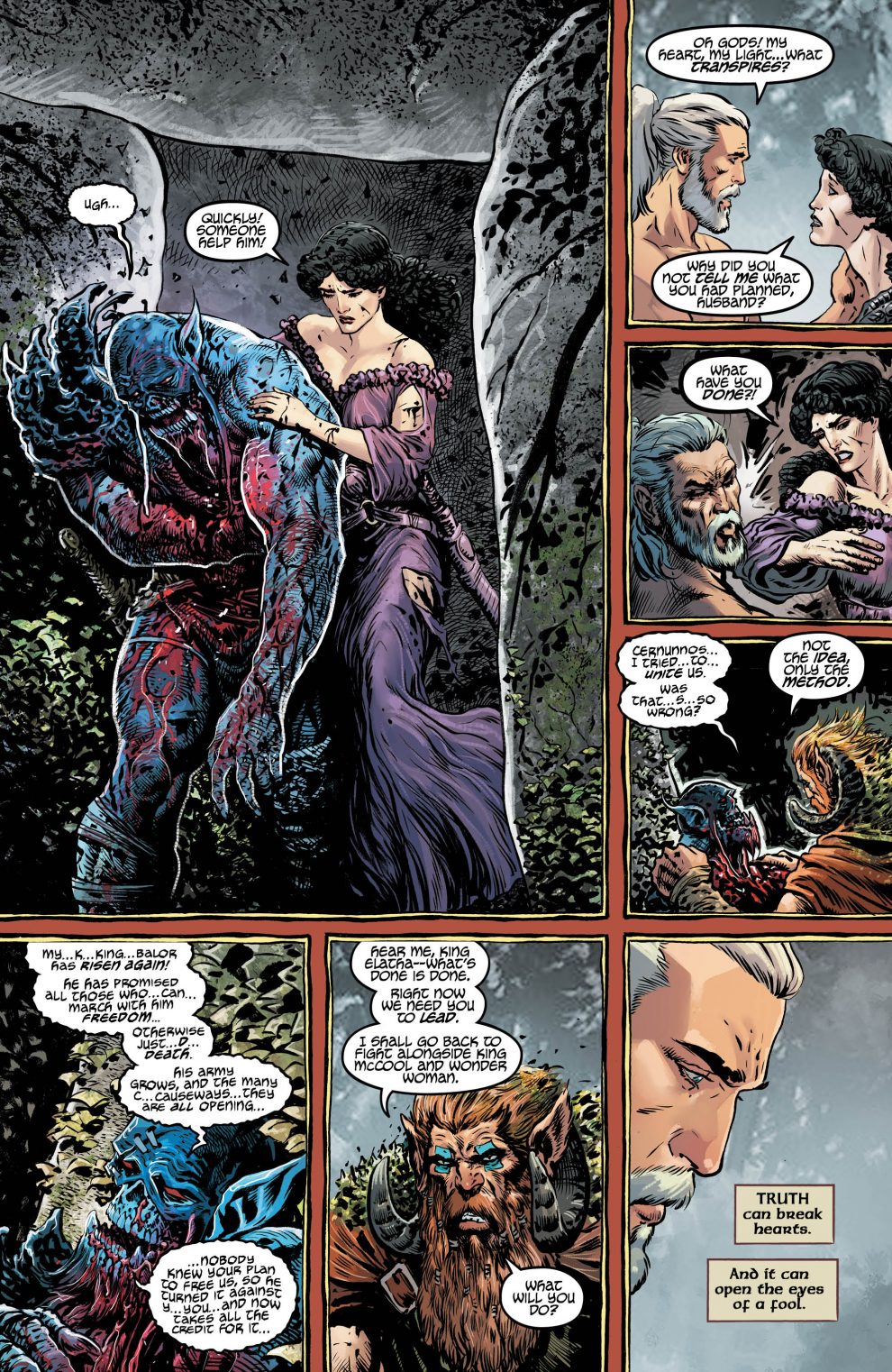 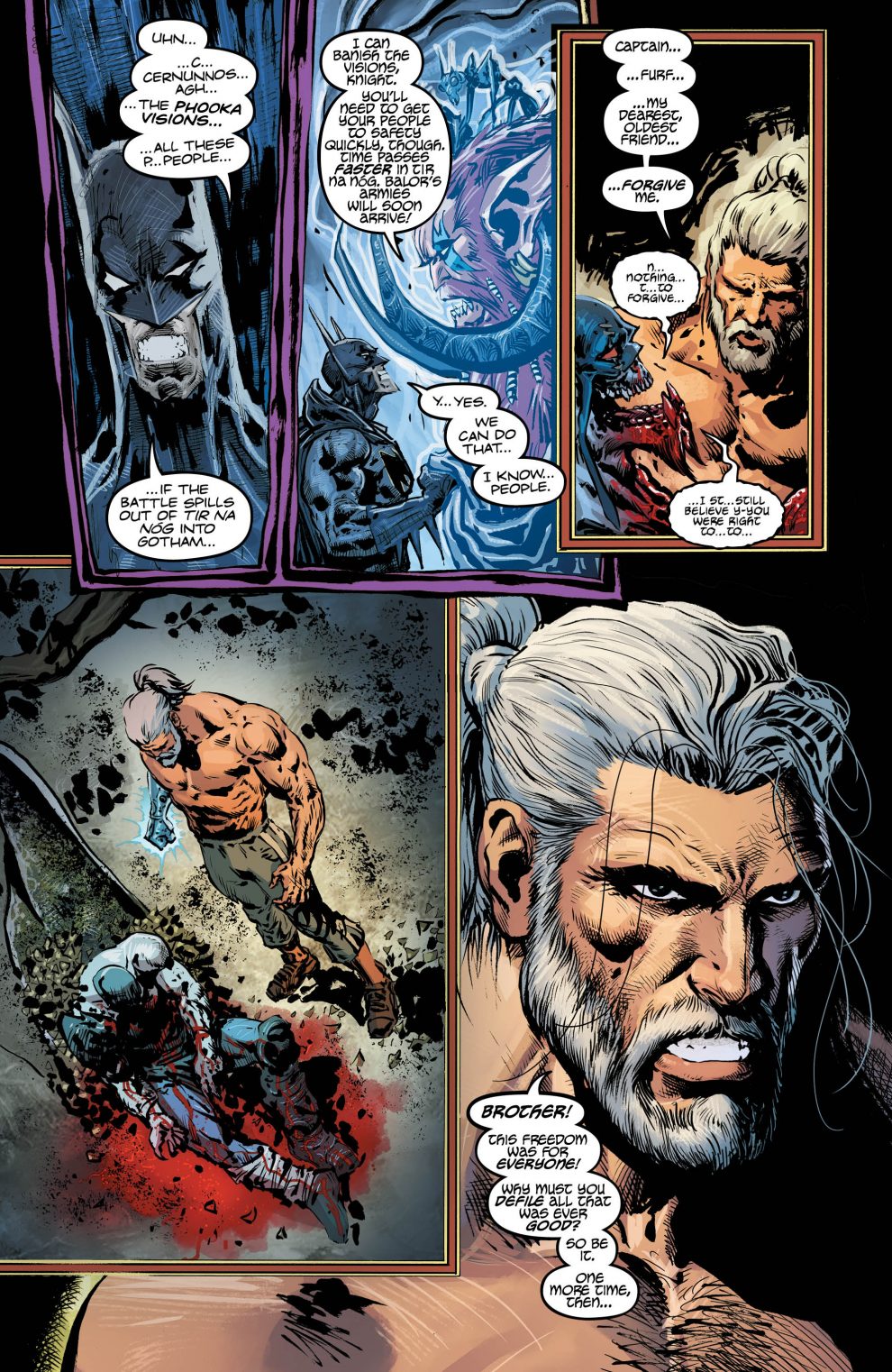 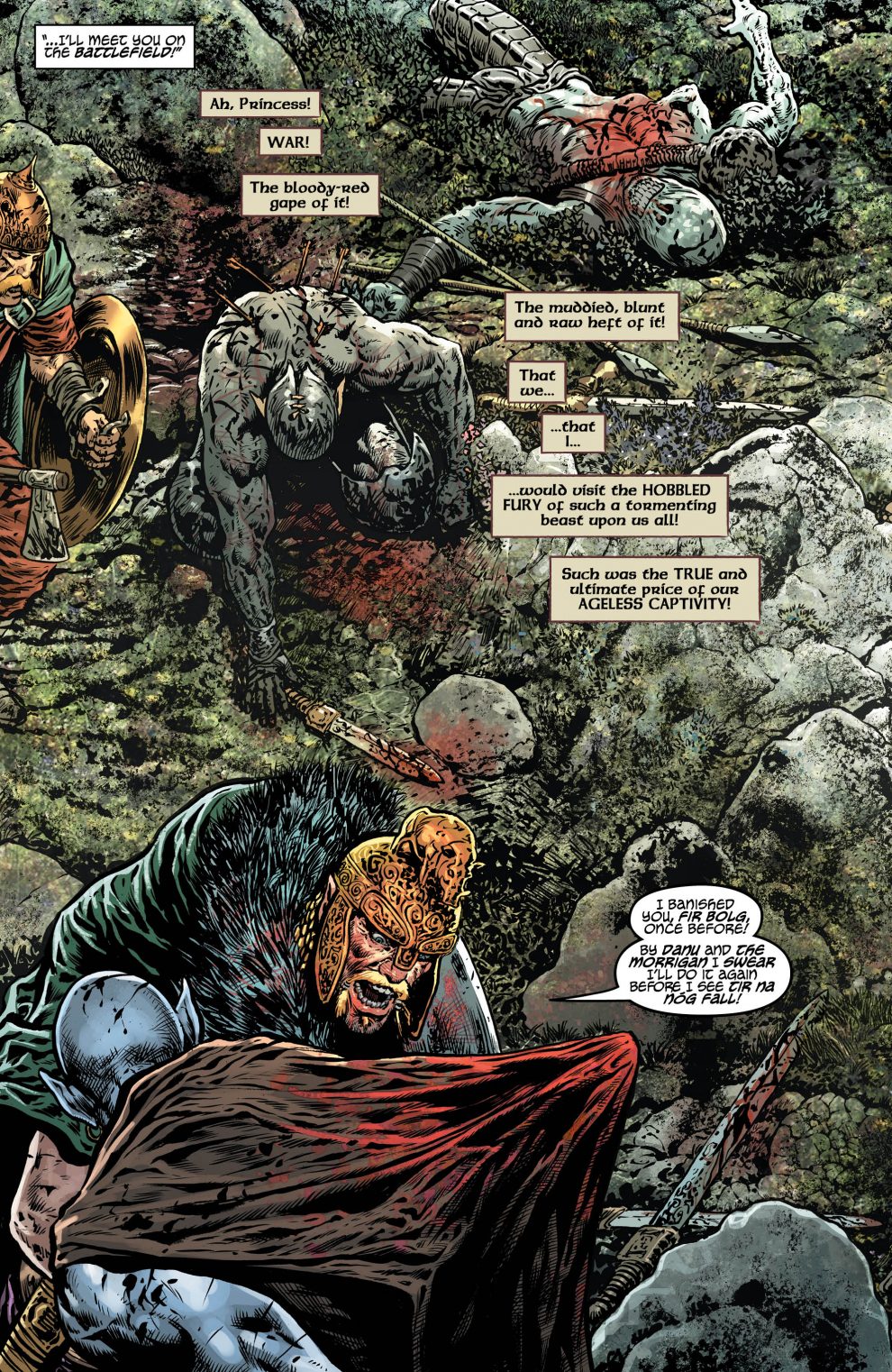 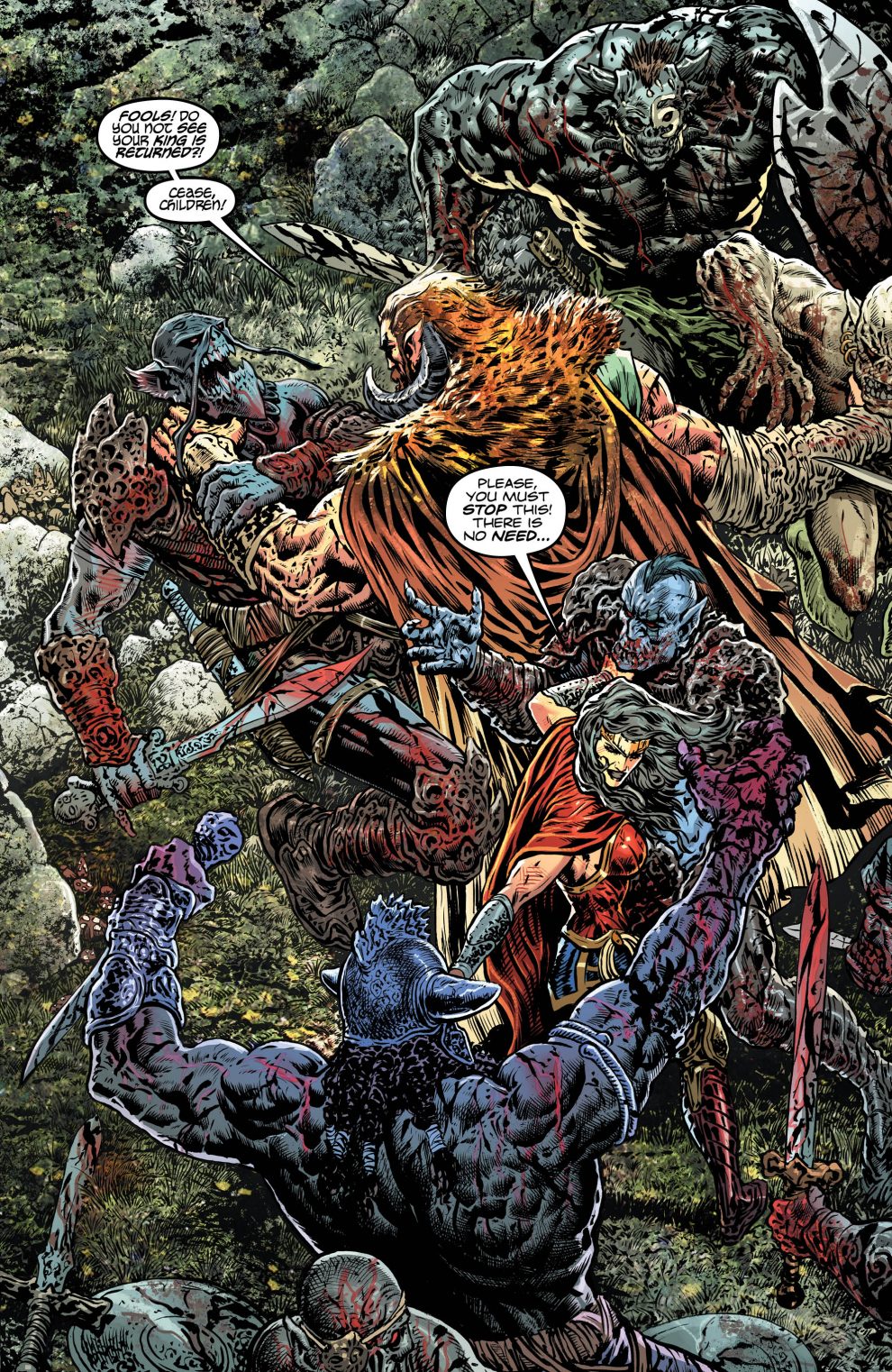 Sharp and Fajardo Jr have knocked it out of several parks on several worlds in this final chapter of The Brave and The Bold. The art in this one issue fills the eyes with wonder and tension. Just beautiful. The detail of the fighting in the pages DC have given me to show you are a complete contrast to the dreamy purple haze on just the next page. Then there’s the fire… Oh, the fire. In the final battle, there’s page after page of swirling flames. You can feel the heat bellowing from this issue. You can see it swirl around Wonder Woman and the King. It’s been a very long time since comics art has drawn me in like that.

Lovers of both comic book and fantasy genres were given an absolute treat in this series. Batman solving a mystery and foiling an escape in the realm of the faerie is an event, and it’s sad when it’s over… If it’s over. The ending is left wildly open. Four words left by Mister Sharp are there to excite all manner of collectors. Watch this space.