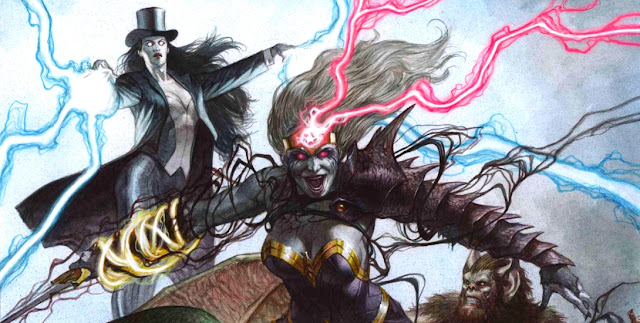 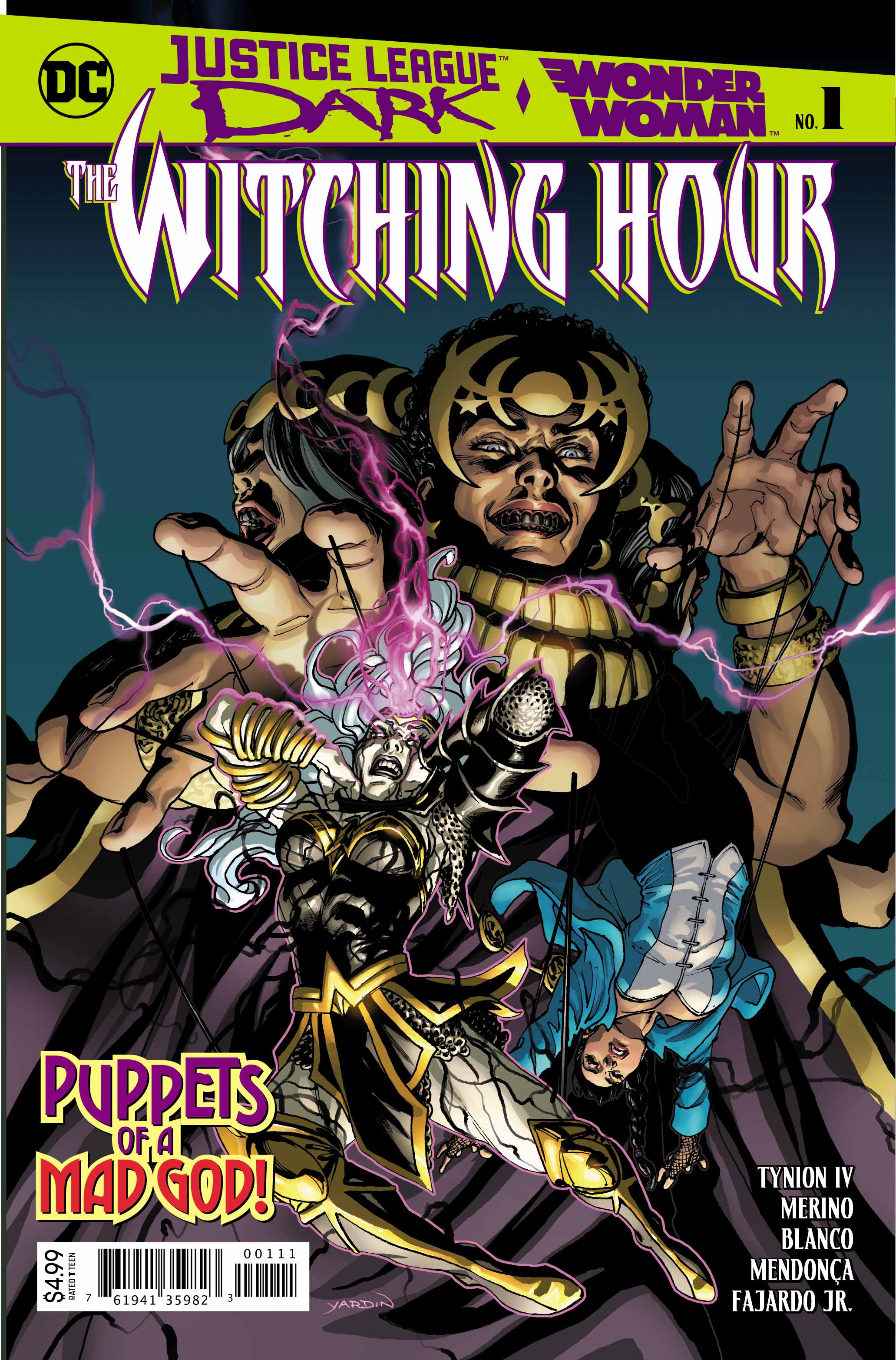 We left the story at the end of Wonder Woman #57 with Diana’s soul trapped in a realm of ancient sorcery. Hecate had stolen and possessed her body, filling it with dark magic to reshape the world to her own ends. The other women marked with the dark witch’s brand had all been released from Hecate’s thrall… did this mean that Diana was dead and cut off from her body forever? It’s the final chapter of “The Witching Hour”, and the world is dying.
This story has been pure adrenaline from the start, and Tynion’s foot has not come off the pedal. This boy can write! I’ve been gripped by the throat from the first page of Justice League Dark #1. The way the writer builds tension and terror is absolutely great. Have a read of the opening splash page for this issue and I’m sure you’ll agree:

High above the world, Nabu watches on with cold interest.
Waiting.
He had seen that the dark road he had charted might lead in this direction…
… But still he feels the Earth screaming, and he would be lying if he said the sound did not shake him to his core. 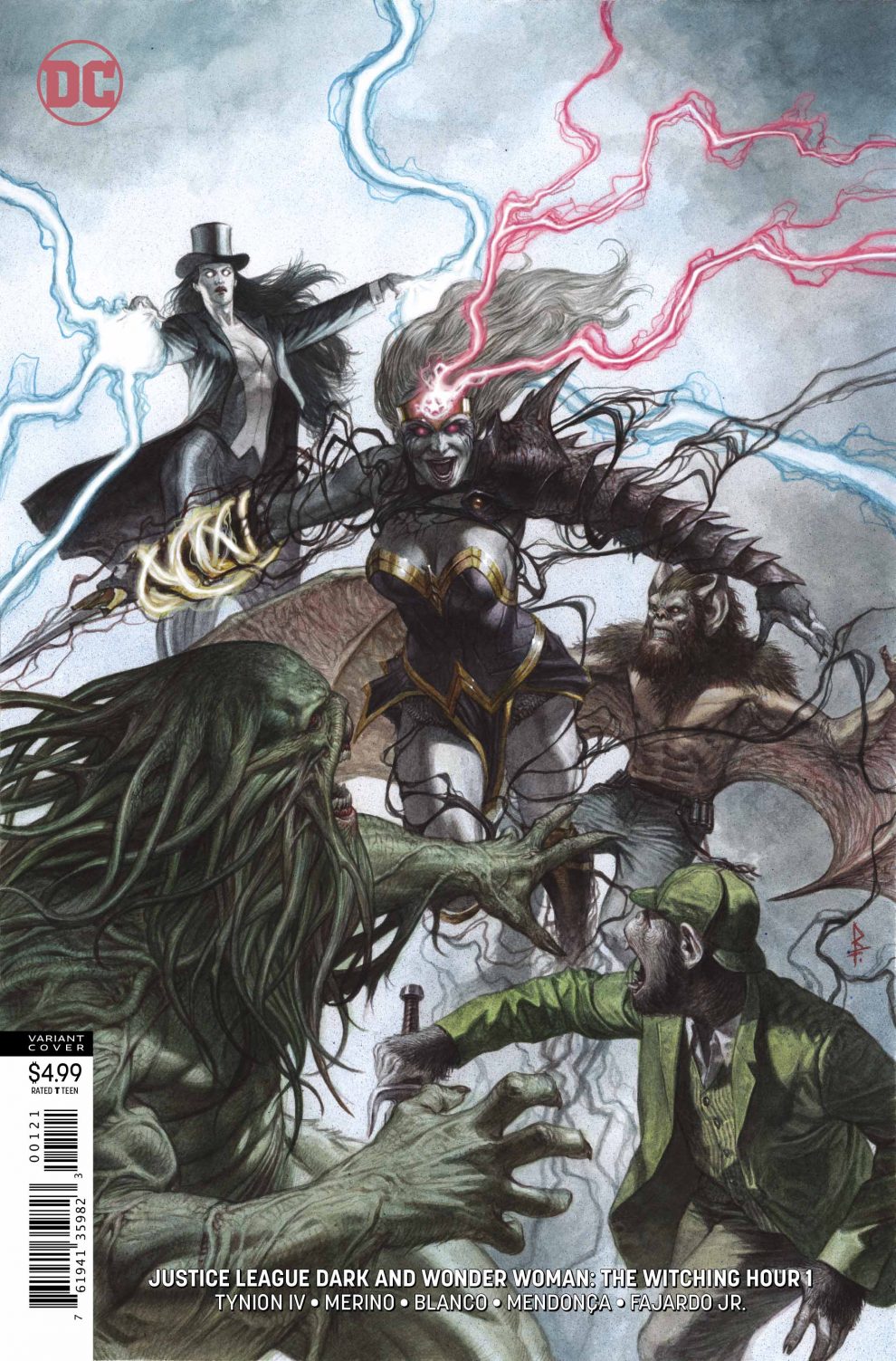 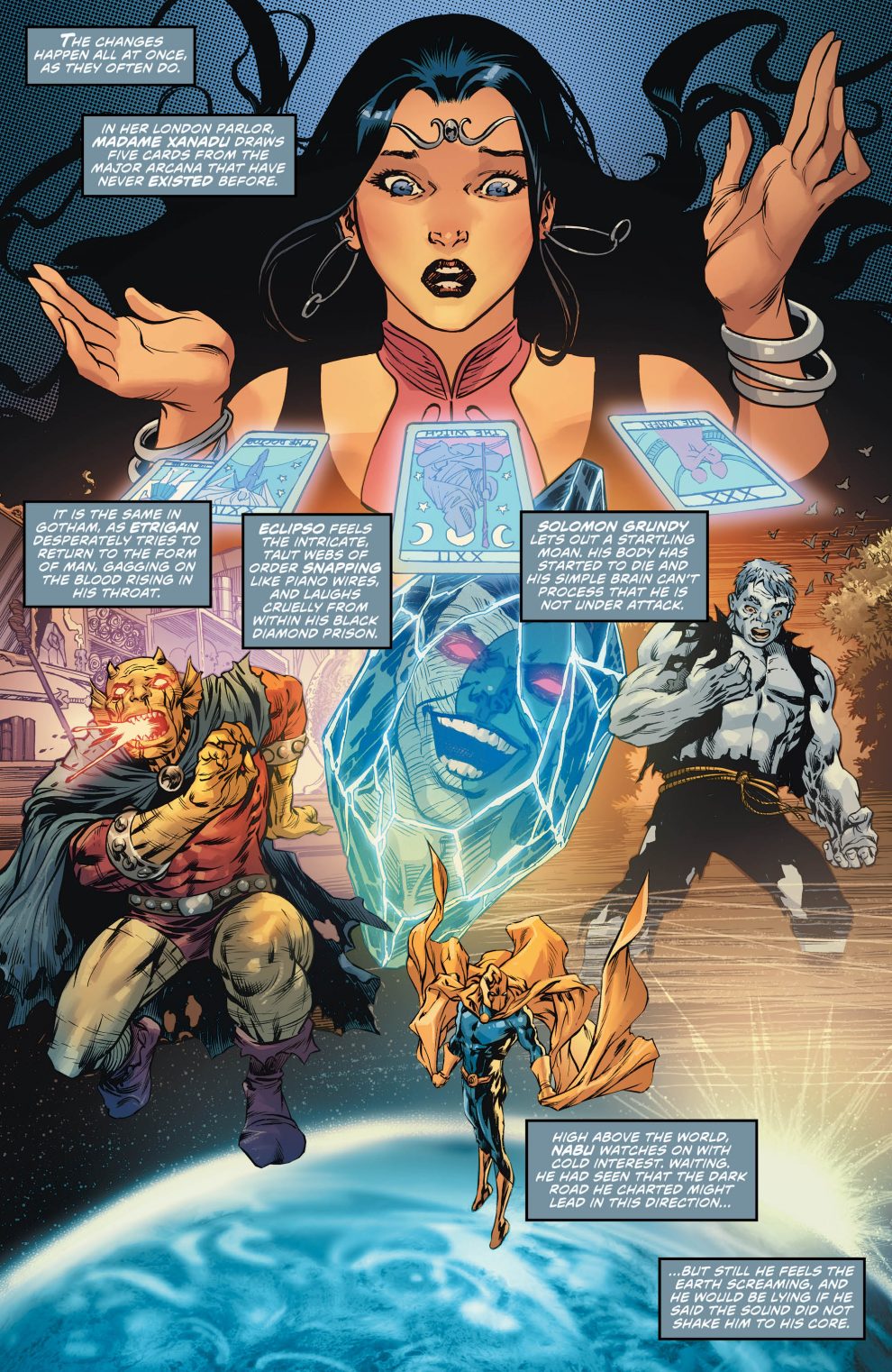 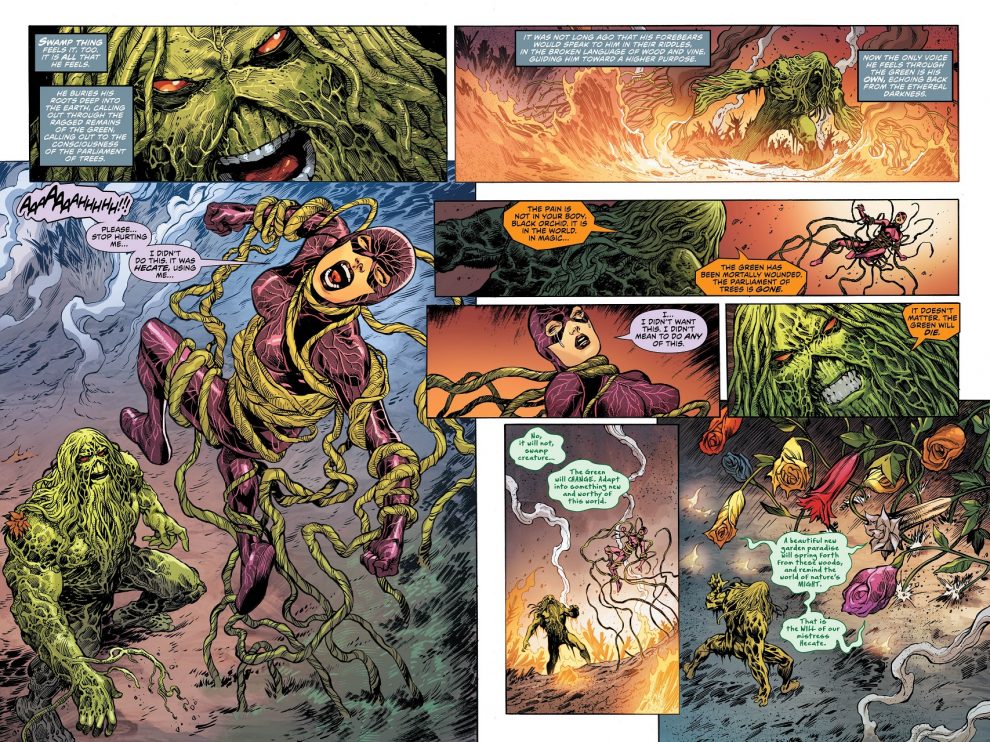 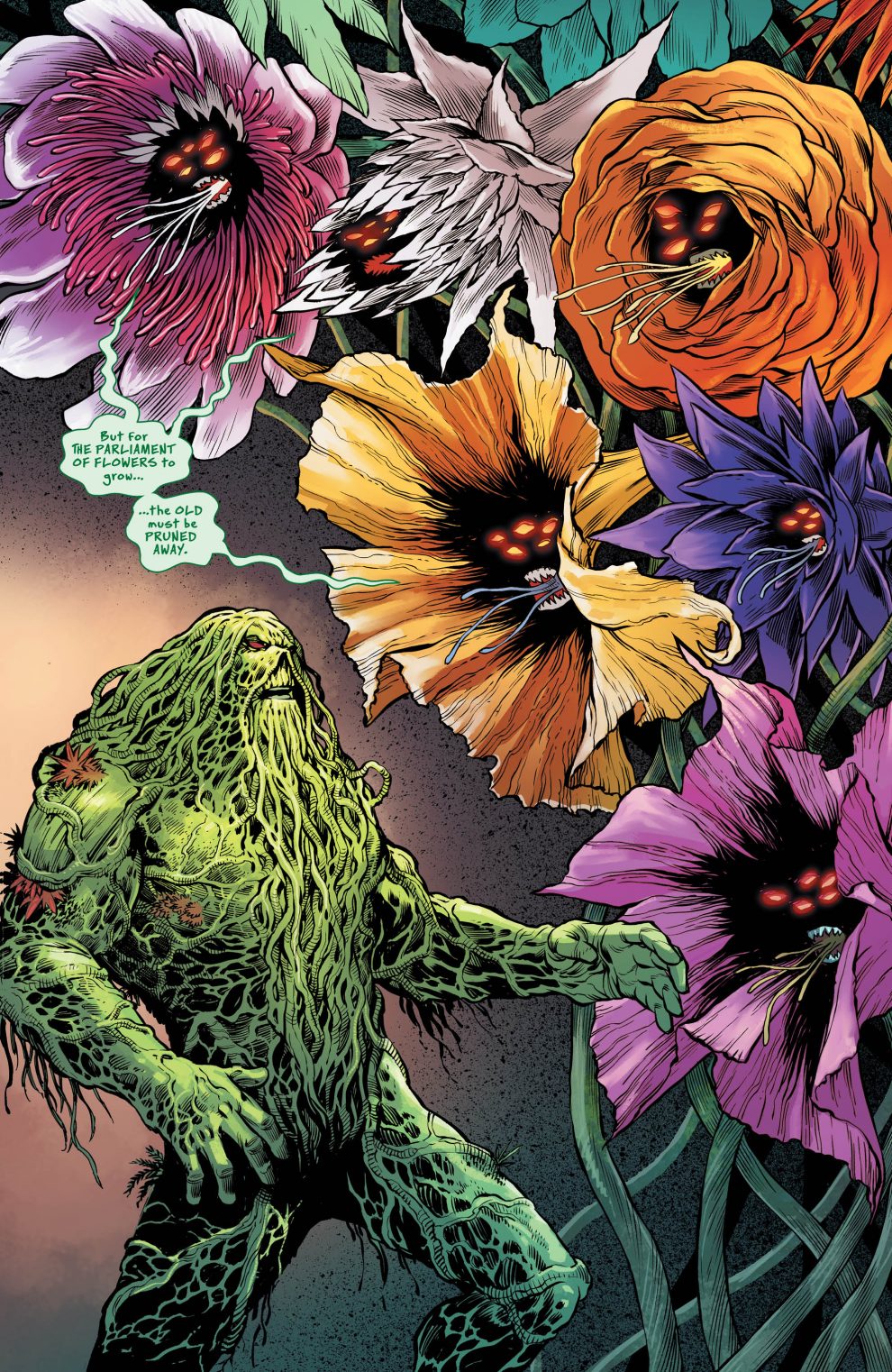 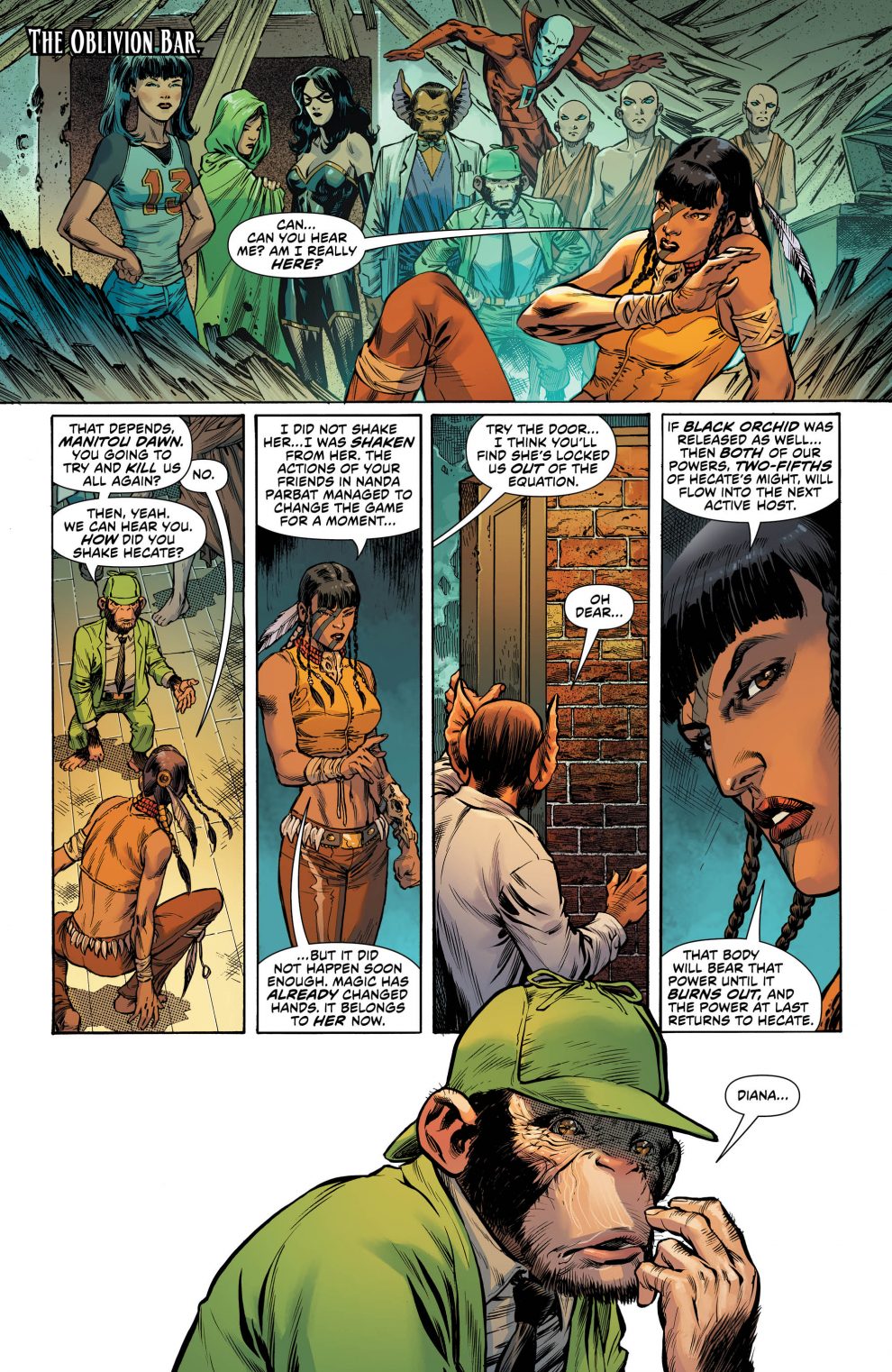 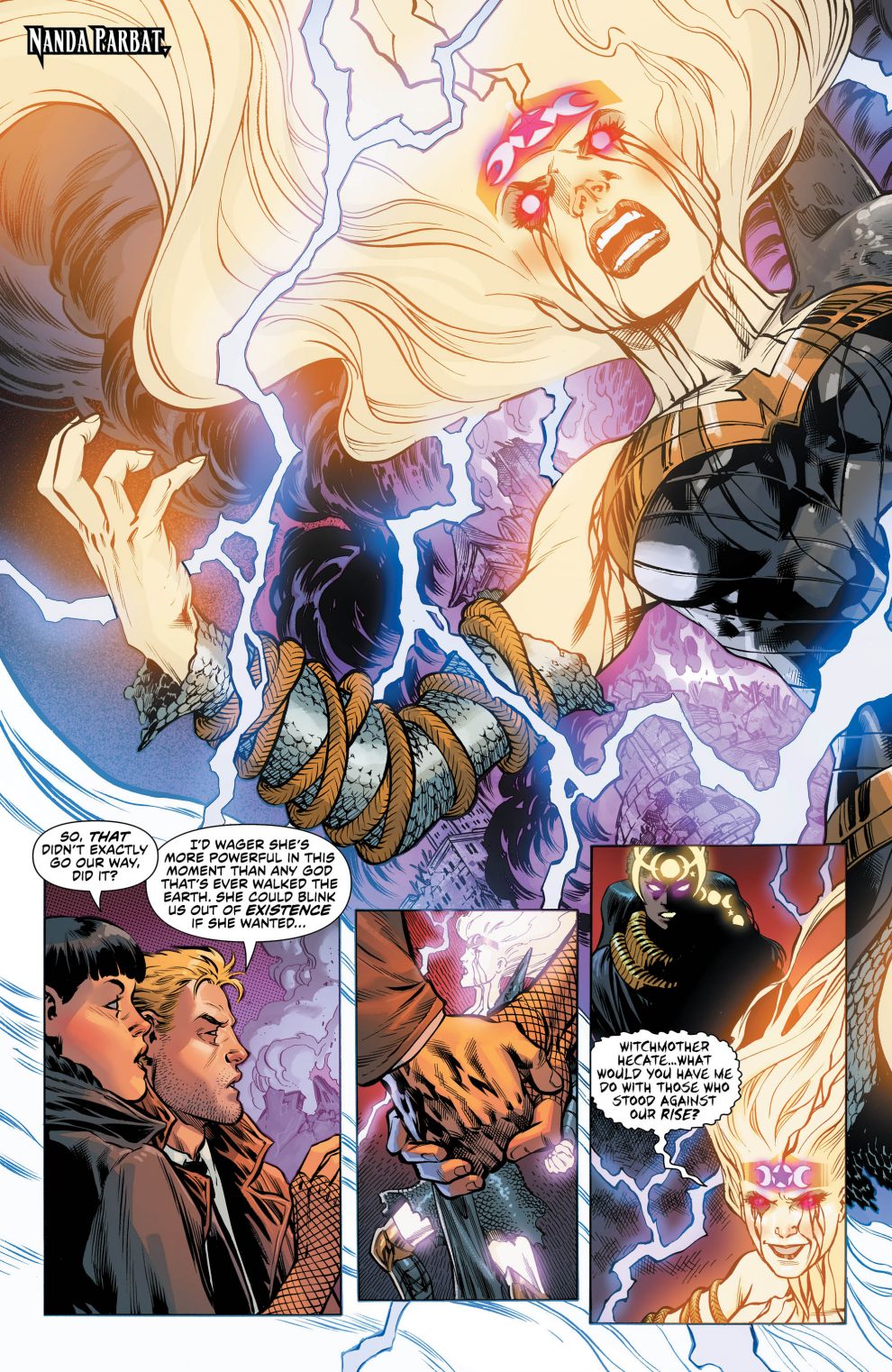 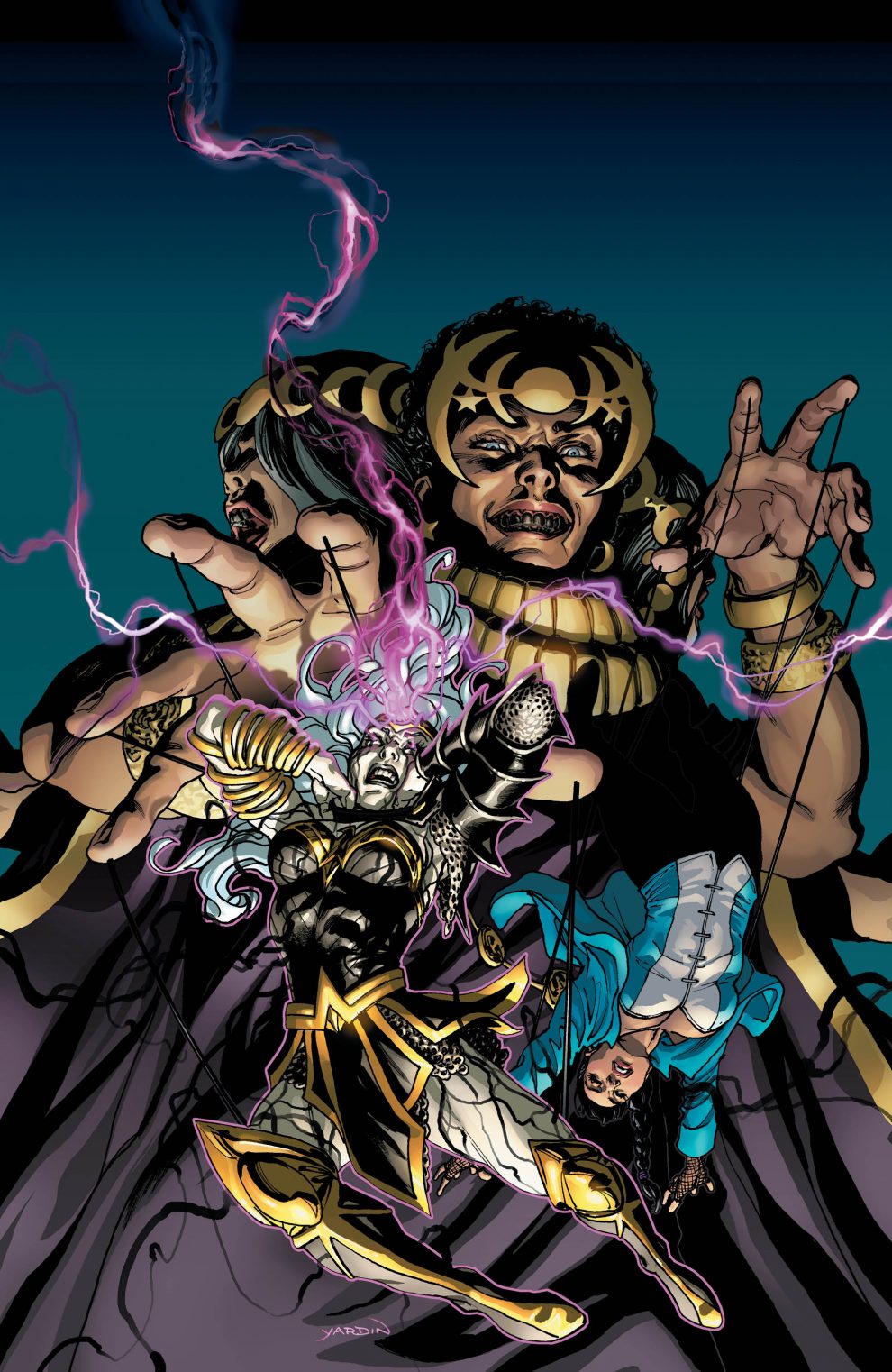 In The Witching Hour, I Cry “More, More More!”

A lot of the time comics, and comic-book based TV shows, isolate themselves. I can understand why, of course. Episodes of Arrow would be three minutes long if Oliver actually did the smart thing and got Flash to sort out the villain of the week. Bane would be in Blackgate in seconds if Batman just called Superman every time the loony luchador showed up. Yes, it’s a trope , and we suspend disbelief… but it’s been an itch that I could’t – or shouldn’t scratch – for years.
Then along comes James Tynion IV.
From the moment the magical attacks began, the JLD tried to involve Batman, Superman and the rest of the main League. A whisper from Hecate stopped them in their tracks, leaving the battle to be fought by the Earth’s magic users without assistance. Simple, elegant… perfect. “Encore”, I shout from the cheap seats.
Speaking of elegance and perfection.
This issue is soooooo pretty. The art by Jesús Merino, Fernando Blanco, Miguel Mendonça & Romulo Fajardo Jr. in this finale is lovely. Look at the six pages attached for a taster (thanks DC!). Justice League Dark and the crossover issues have contained some truly eyeball cuddling visuals from the start. This chapter keeps the quality super high. I perhaps would have preferred having just one penciller on the book, but that’s a minor niggle.
Romulo Fajardo Jr. and Rob Leigh complete a gorgeous looking issue with vibrant, exciting color art, and crisp, clean lettering and sound effects. The book is incredibly polished, and I’ll gladly pay for it, even though I’ve already read and absorbed it digitally.

Yes, this five part comic book clinic has closed its doors, but – as is the way with all great sequential art – every prologue is prelude. I urge every reader to pick up all five chapters of this terrific story, and Justice League Dark 1-3. If you crave comics that entertain, scare, thrill and look fantastic, then your search is over.