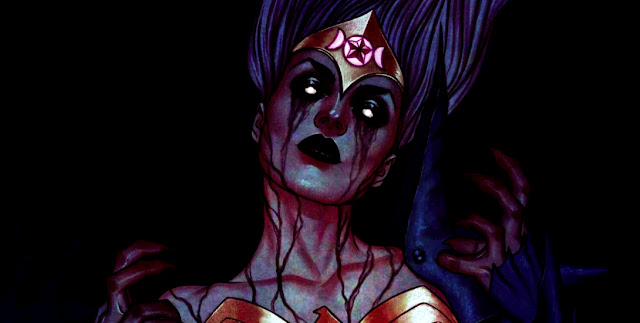 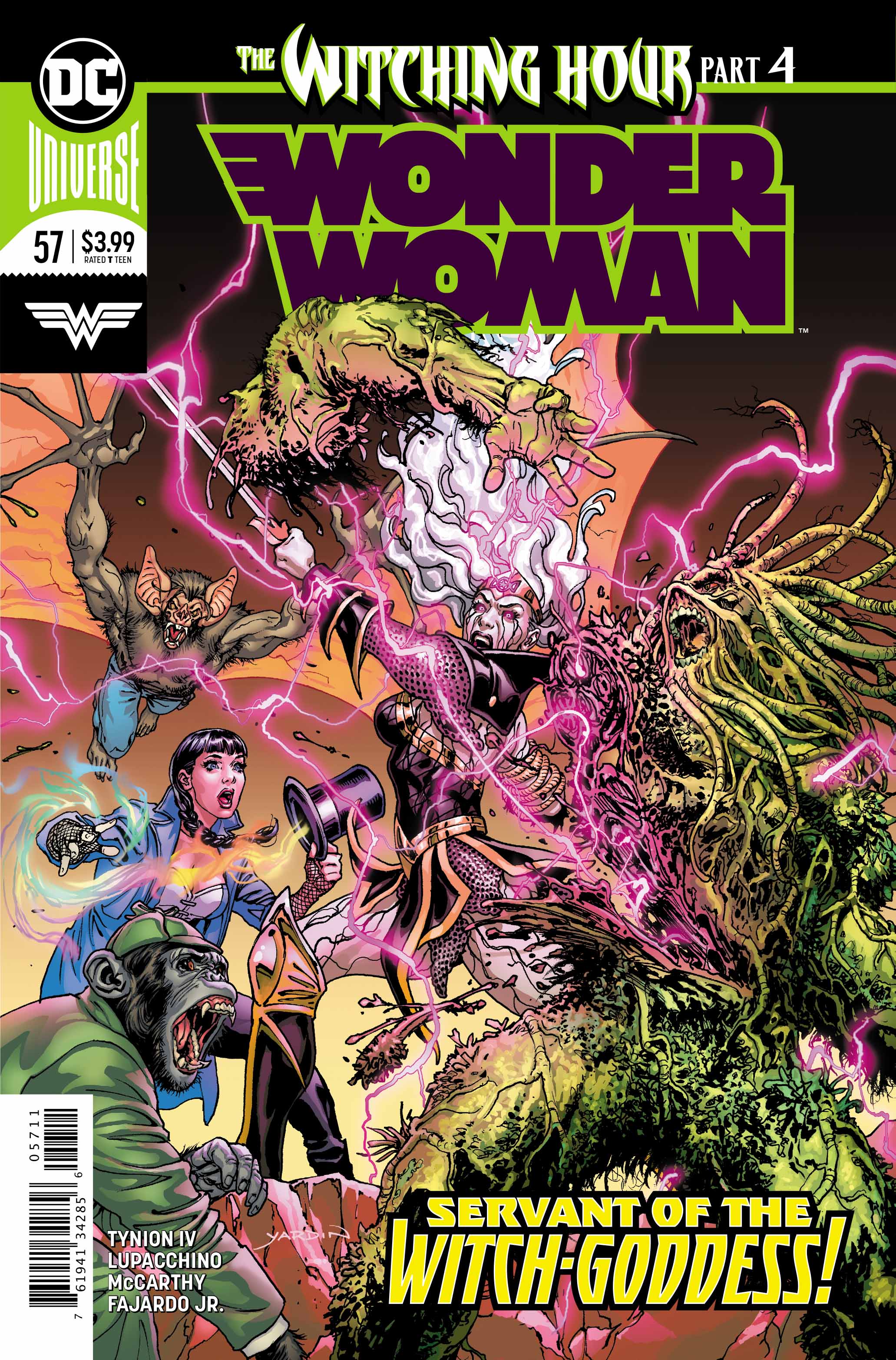 In Justice League Dark #4 (chapter three of “The Witching Hour”) Wonder Woman was possessed by Hecate, and exiled from her own body. The original witch mother is trying to rewrite the laws of magic, nature and physics. The team has been scattered and rendered defenceless. Can a magician with no power, a warlock with no faith, a chimp and a bat-winged chimera save Diana from herself? Can Swamp Thing stop Black Orchid from destroying the Parliament of Trees, and the natural order? The stakes have never been higher, and all of existence is at risk.
I love comics soooooo much!
This is the kind of story that this medium excels at. I know that there’s very little that can’t be achieved visually in movies these days, but it’s not always convincing. The great part of this tale, though, is that the story, characters and drama are every bit as thrilling and exciting as the art. 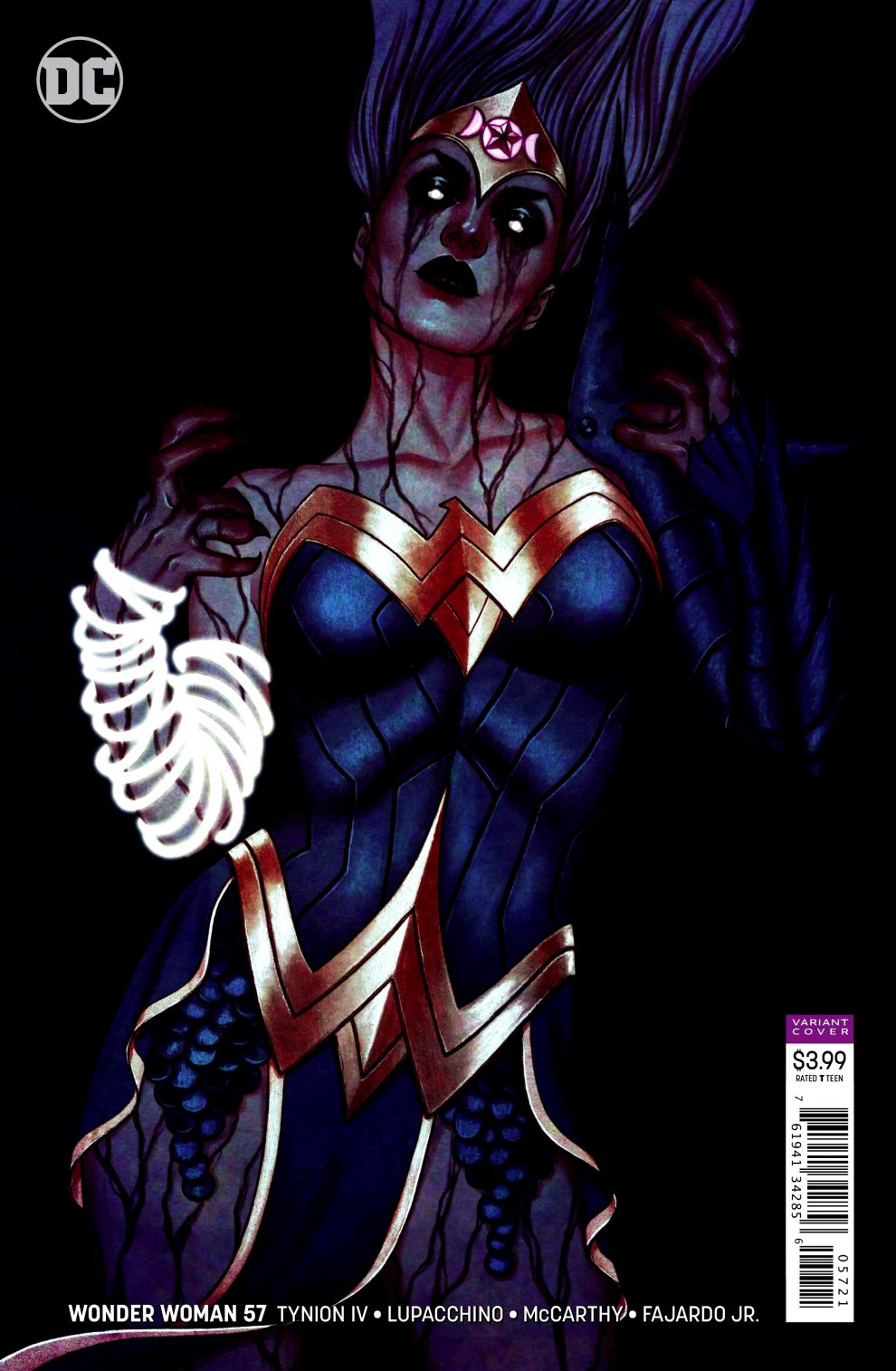 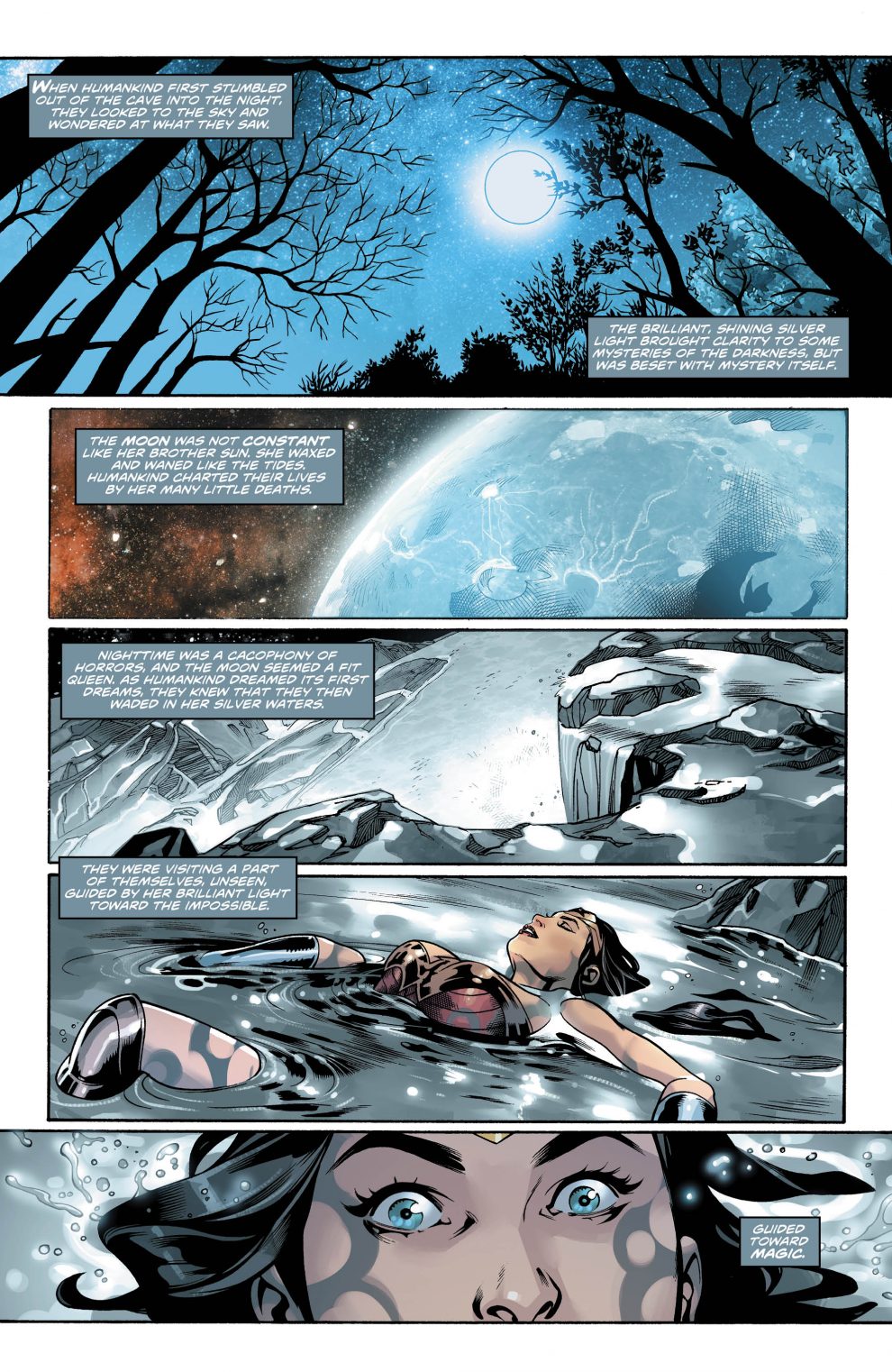 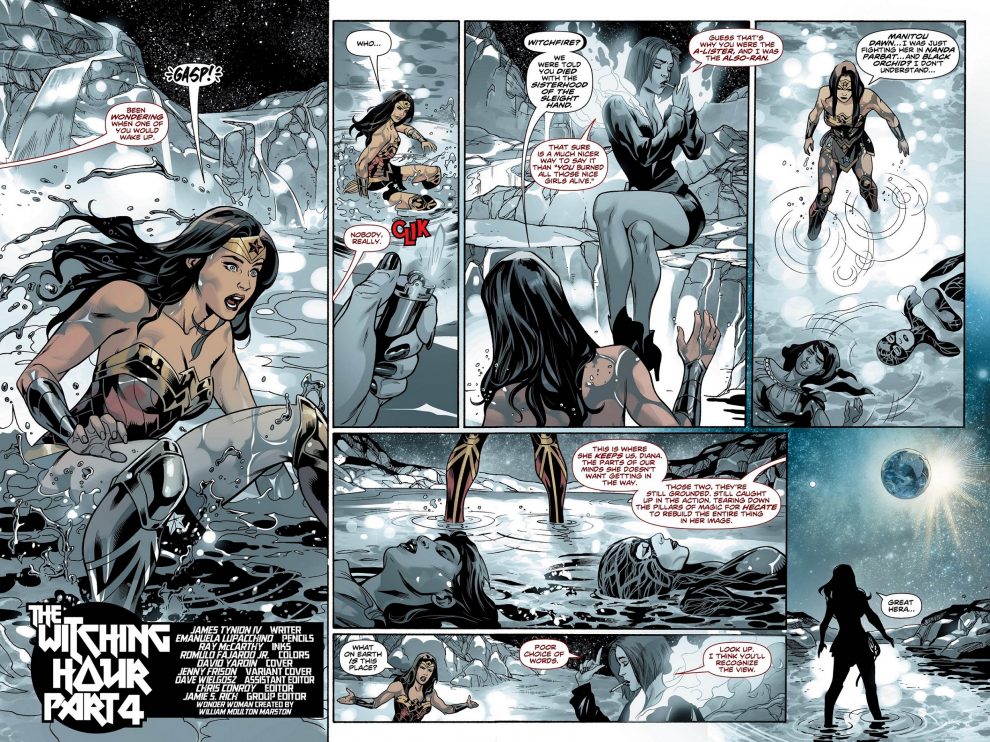 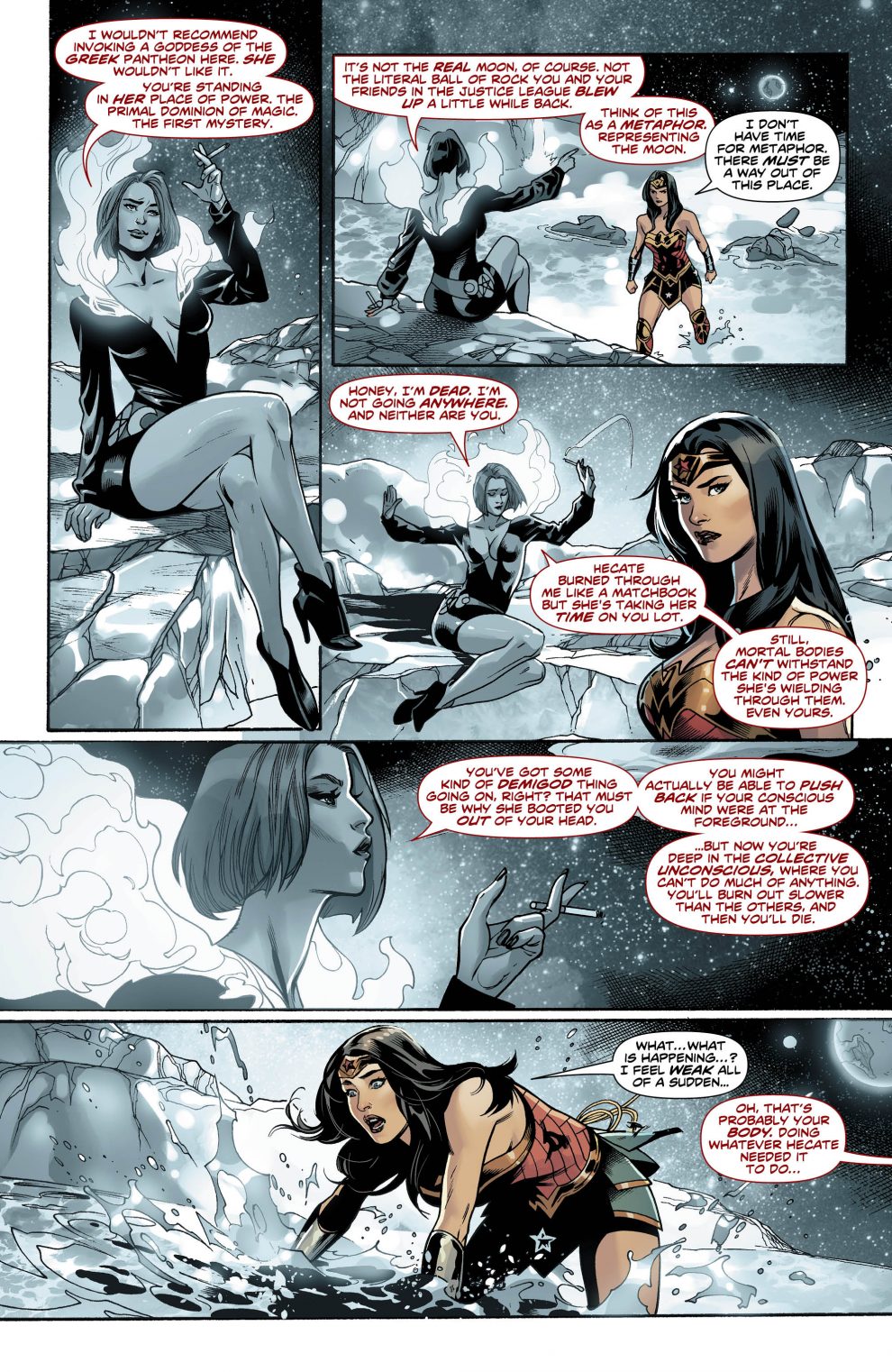 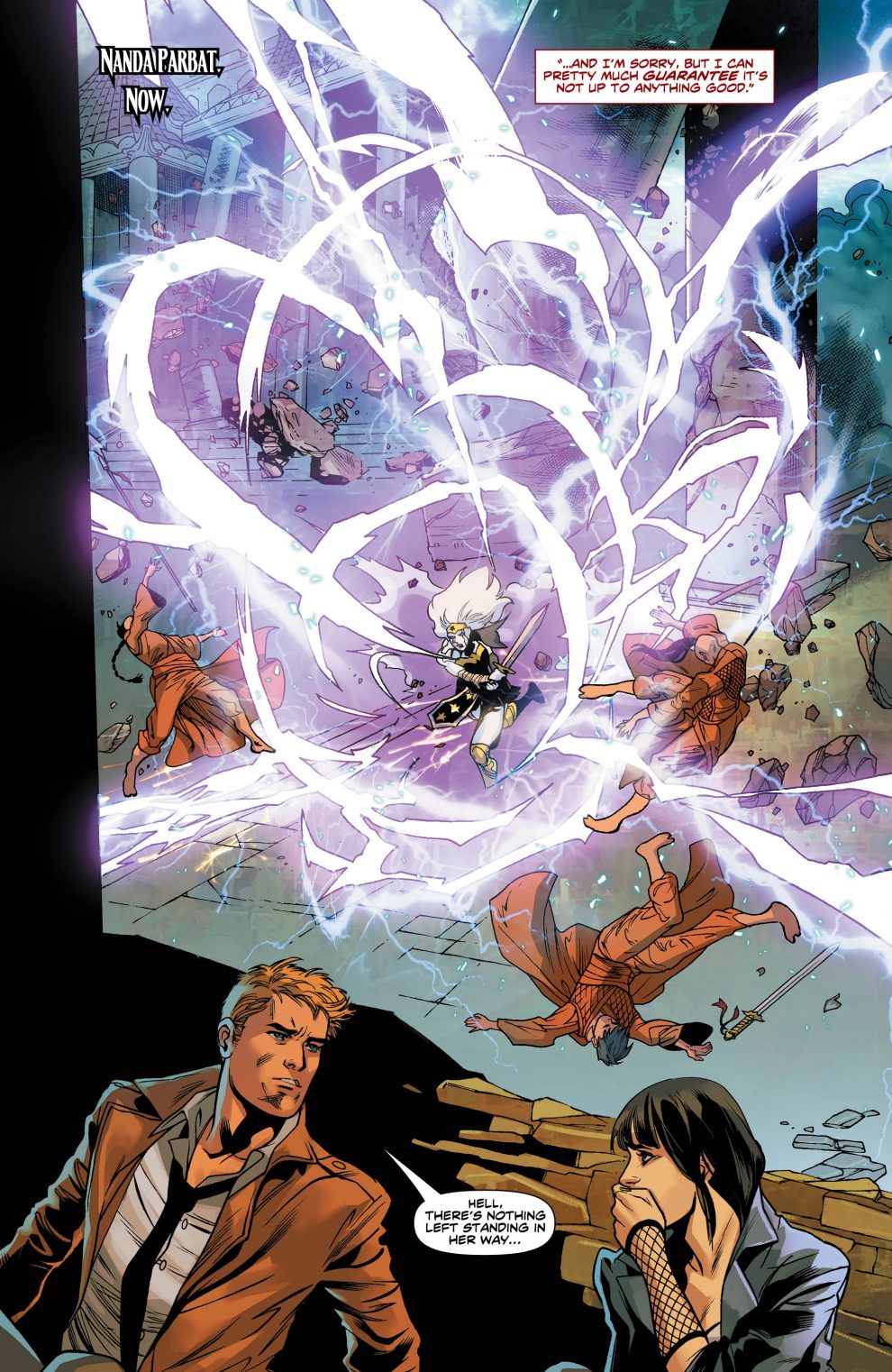 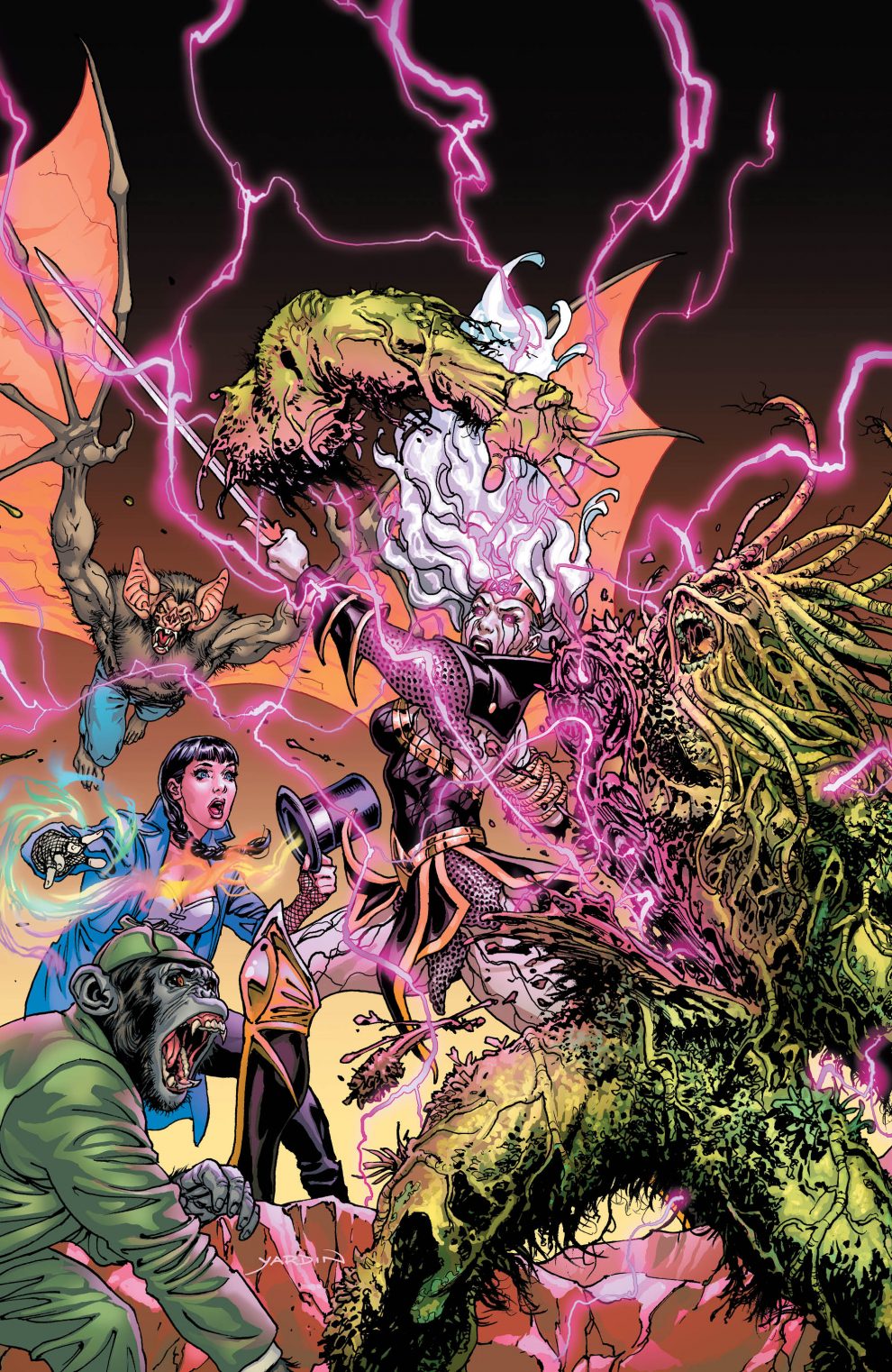 The Witching Hour Is Almost Over

This story has kicked into high gear with this issue. I’m not usually one to fall for the whole crossover ploy, but James Tynion’s writing is so strong that I’ve been picking up all the individual issues, and I’ll definitely be grabbing the collected edition too. Tynion is showing levels of research and knowledge of his characters that is blowing my mind. We’re getting direct quotes from Alan Moore’s Swamp Thing (and everyone who knows me, or reads my work knows how I feel about that particular comics run). There are so many returning magical characters that my head is spinning!
The art team of Emanuela Lupacchino, Ray McCarthy & Romulo Fajardo Jr. are no slouches either. The scenes on “The moon”, with their washed out silvery tones are gorgeous. Ray Fajardo Jr.’s color choices enhance the art perfectly. The effects of fire, magic and chaos throughout the issue burst out of the pages. Lupacchino and McCarthy render action, character expressions and body language beautifully. While I’m still not loving Ms. Lupacchino’s versions of Detective Chimp or Man-Bat, her human characters are perfect.
I’d like to praise the letterer on this issue, but no-one’s credited in the preview copy that DC Comics sent us.

Boy, oh boy, oh boy… I’m soooooo glad that the next instalment is an extended special, as I don’t know how this story could be wrapped up in 20 pages. What I’m also extremely pleased about is that it’s only one week away. That’s right folks, this story will reach its dramatic conclusion in the pages of Justice League Dark/Wonder Woman: The Witching Hour #1.
The special goes on sale in just seven day’s time. This is a blessed relief, as that cliffhanger’s an absolute killer!
I t’nac tiaw ot ees tahw sneppah txen!