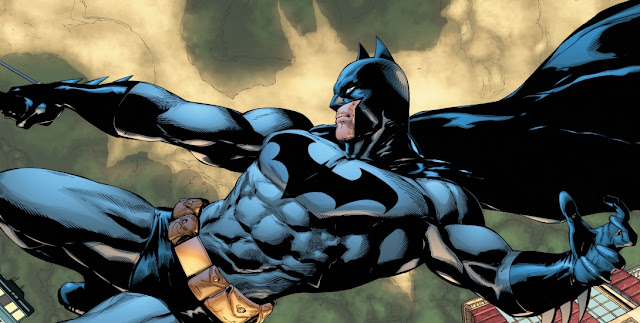 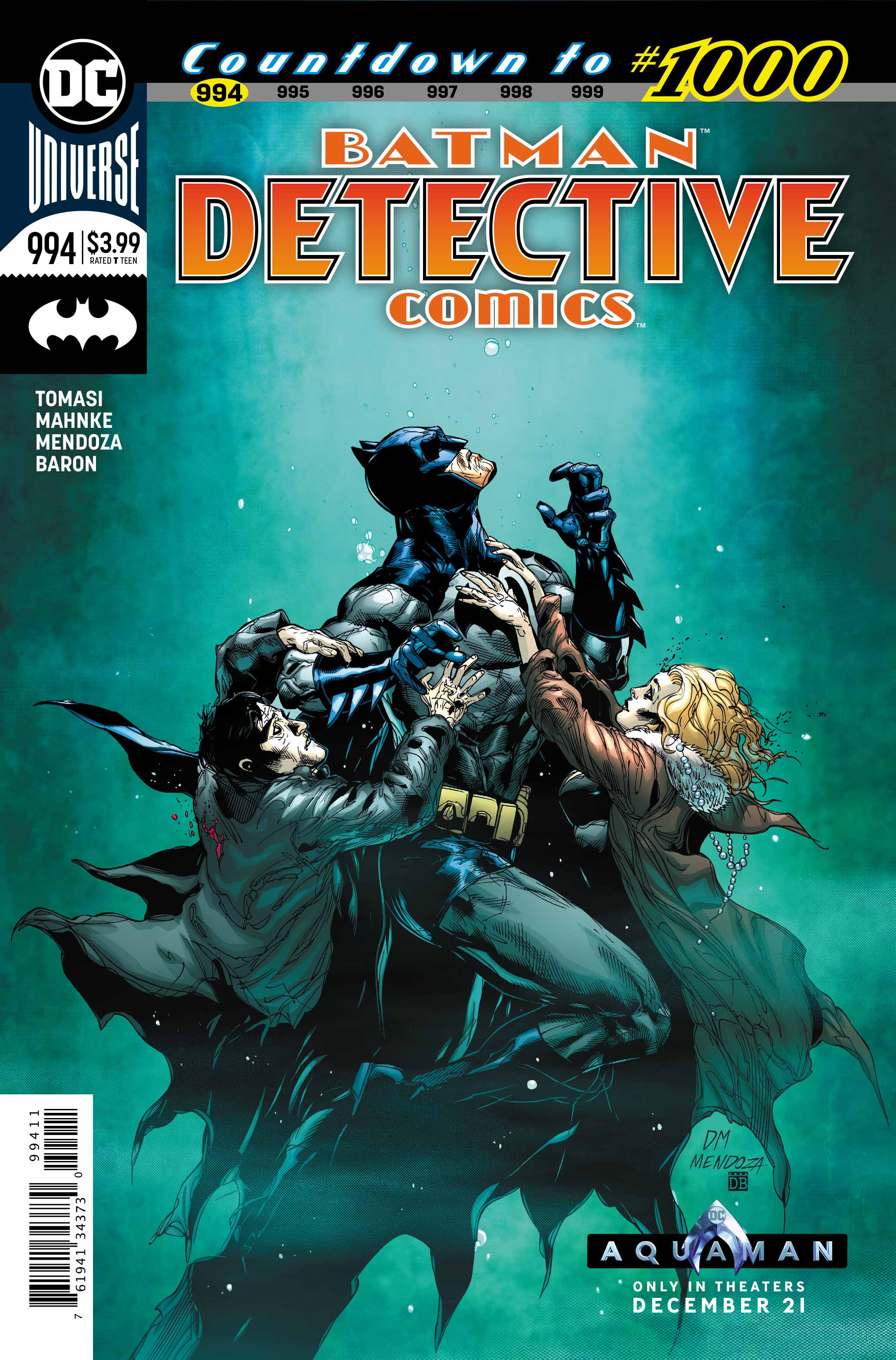 Double murder: a handsome man and a beautiful woman, both in formal dress, bow-tie and pearls. In their pockets used tickets from a screening of The Mark Of Zorro. The place? Gotham City. The date? Tonight.
Now that’s how to grab a reader’s attention! Ladies and gentlemen Peter J. Tomasi is writing Detective Comics!
This issue presents a very welcome return to form for one of the most important comics titles of them all. The script is tight, the characters well delineated and the events engaging. I’ve wanted to see Batman the detective again for the longest time, and this issue well and truly delivers.
As a reader I had a lump in my throat and an ache in my chest throughout the entire issue. One of the Dark Knight’s most remarkable traits is his legendary composure, even when facing scenes of murder and violence. In just a few sentences, when presented with a murder that precisely mirrors that of his parents, we see the mask slip… albeit for a fraction of a second.

Whoever killed these innocent people made sure they had the same foundational bone structure and ethnicity as my… Martha and Thomas Wayne.

Someone knows Batman’s secret, and the reason why he’s out there every night fighting crime. Gotham’s hero is under attack and he’s not the only one the killer has targeted. 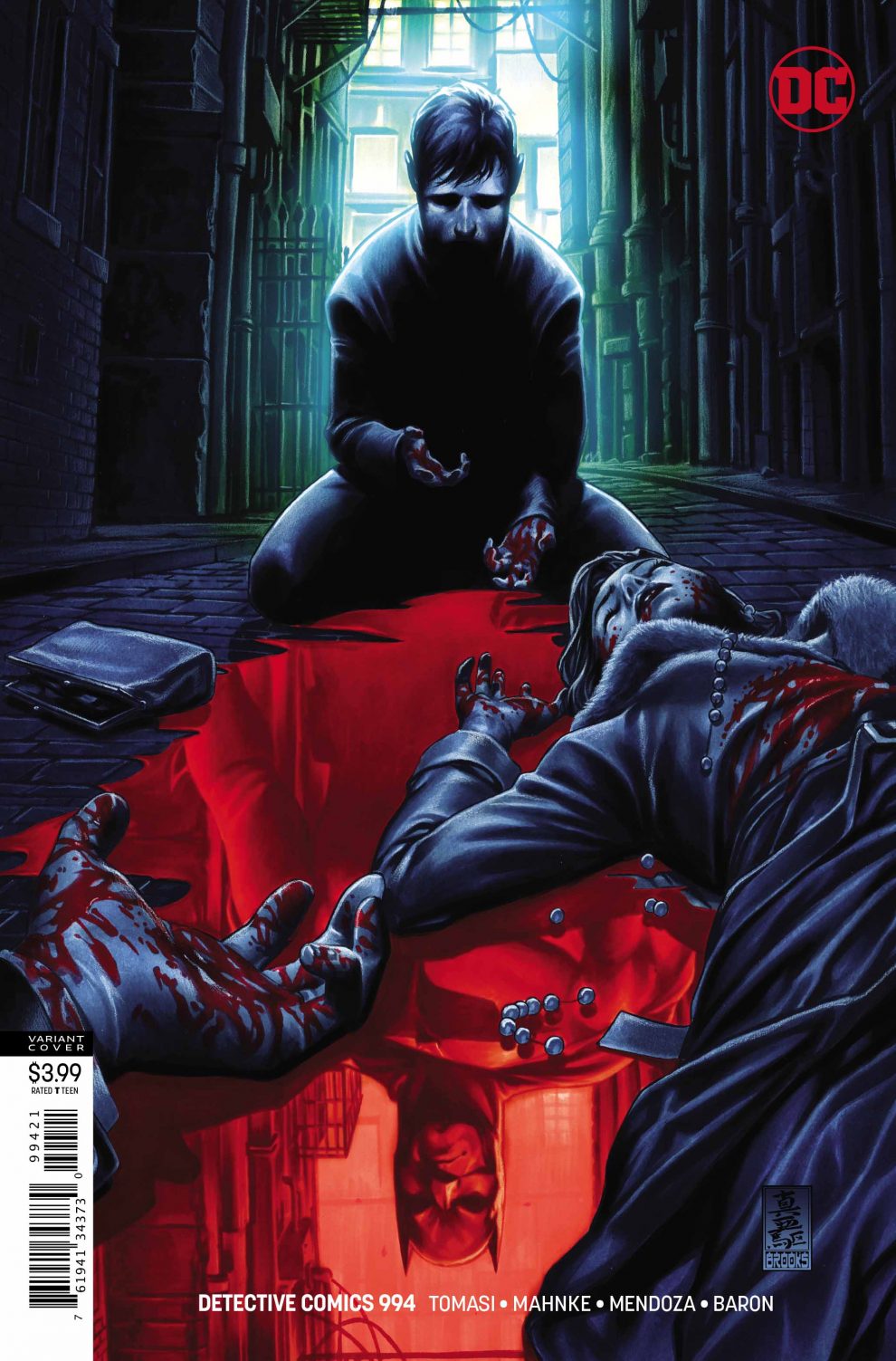 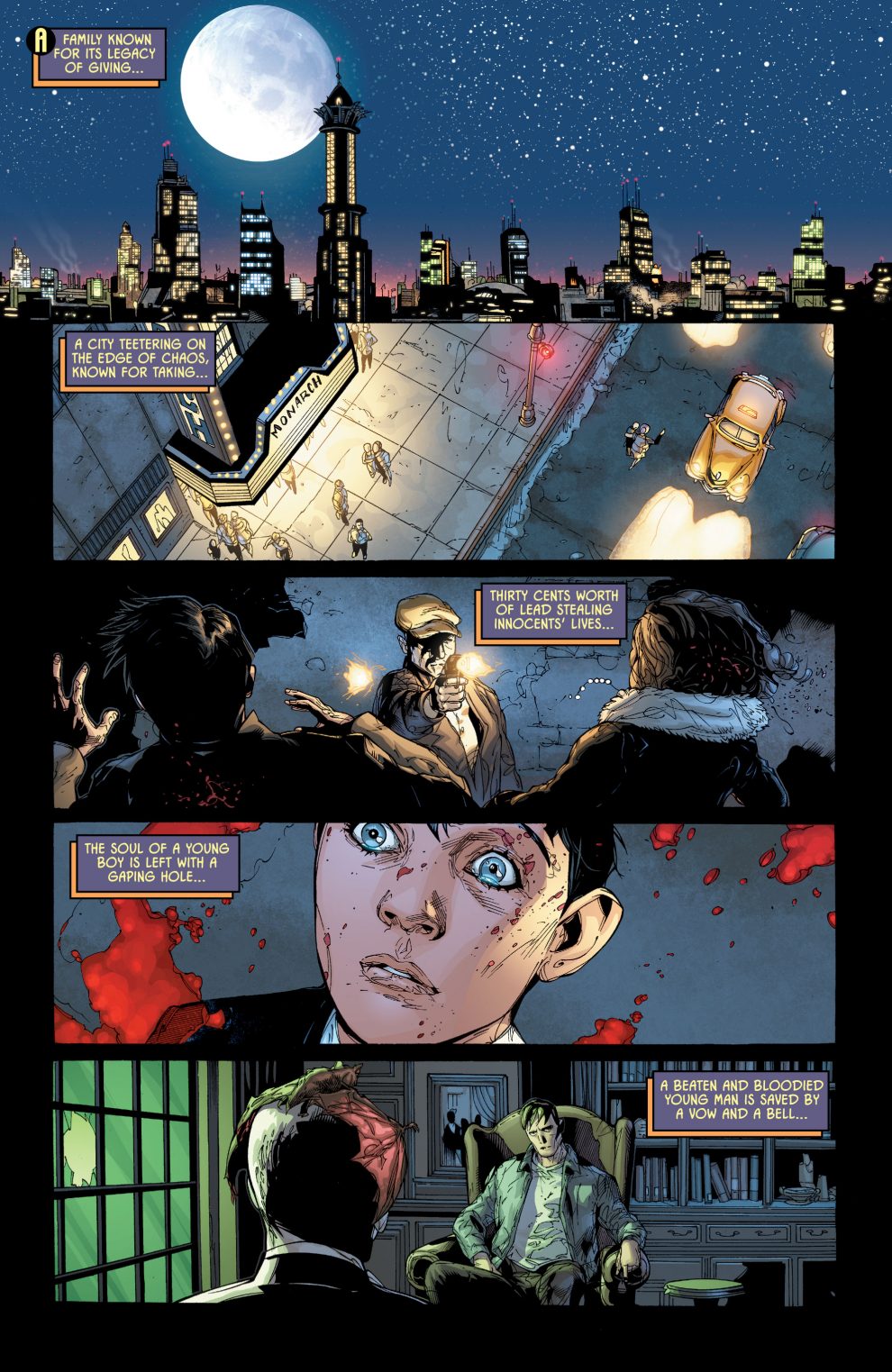 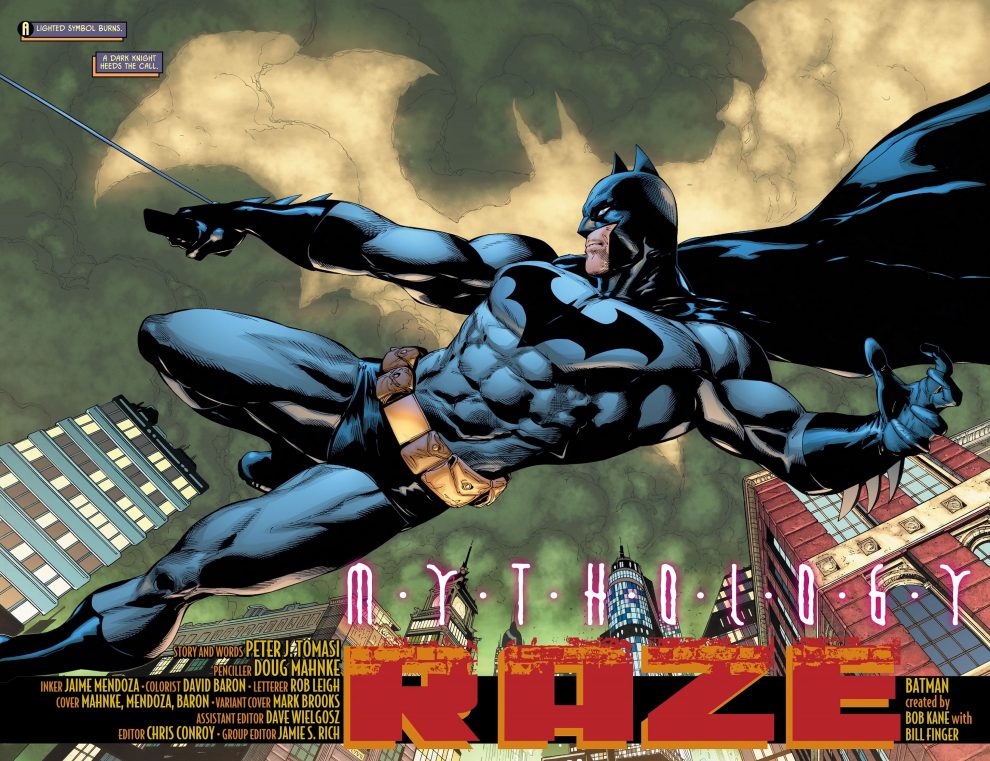 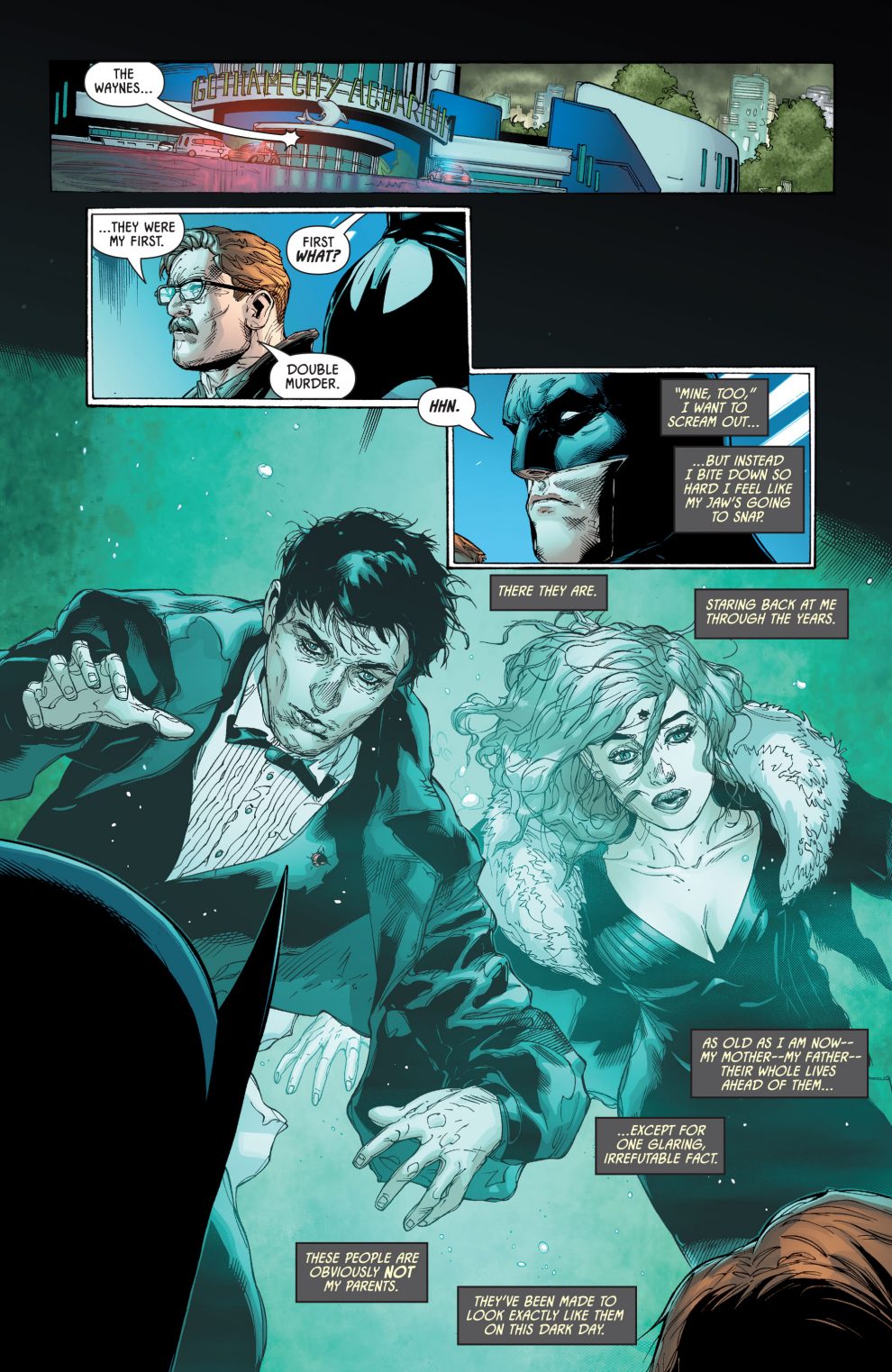 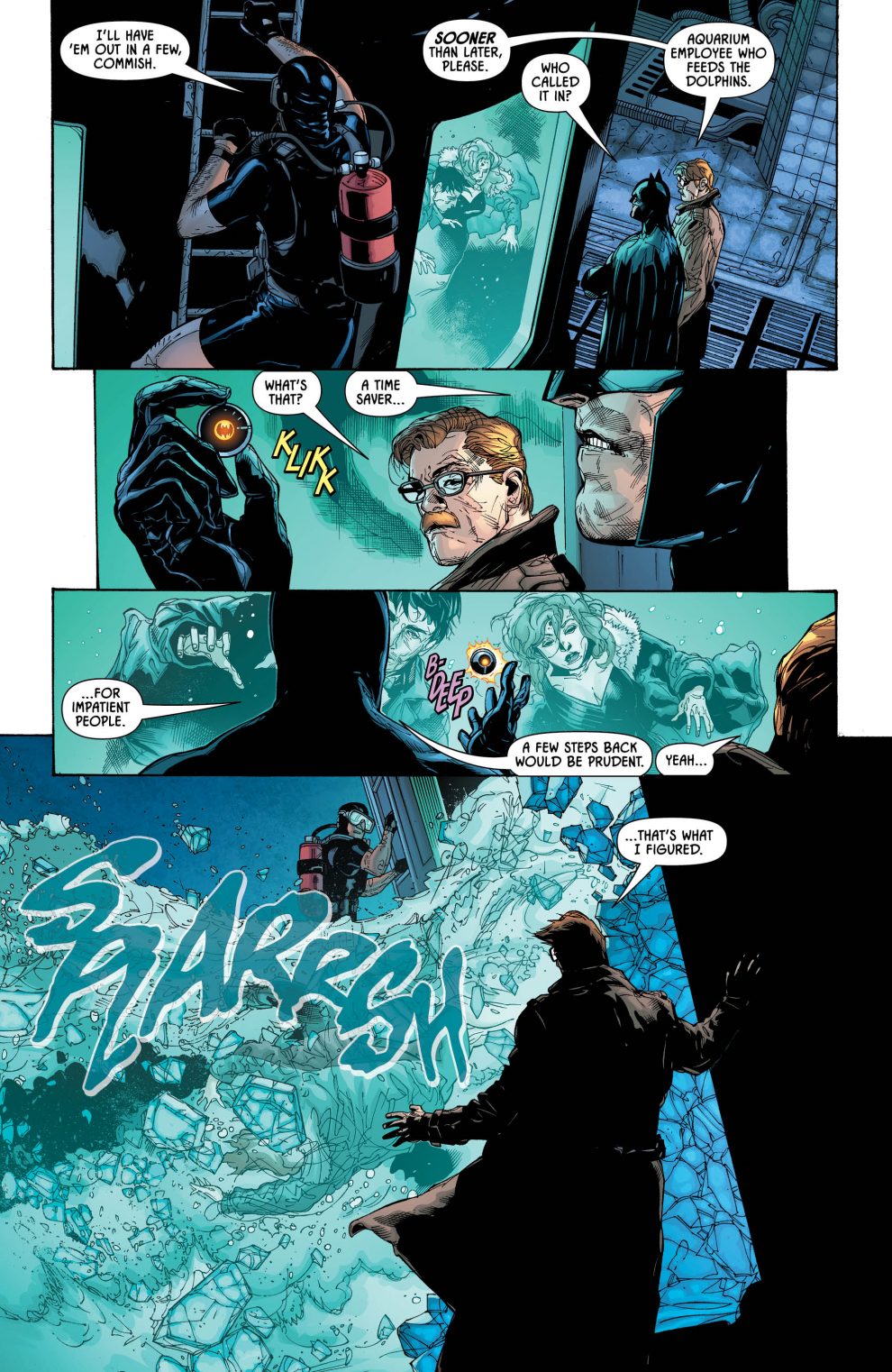 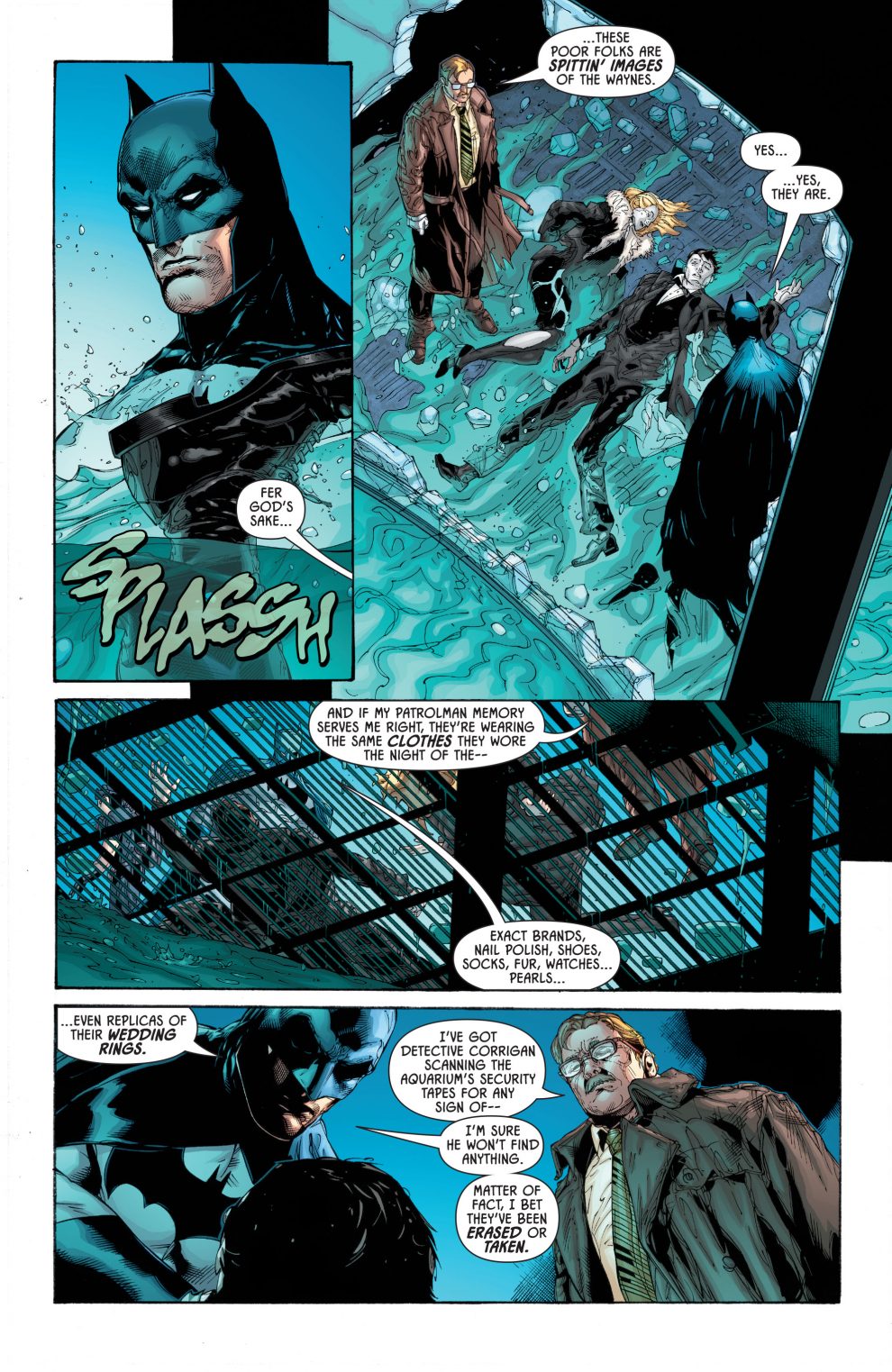 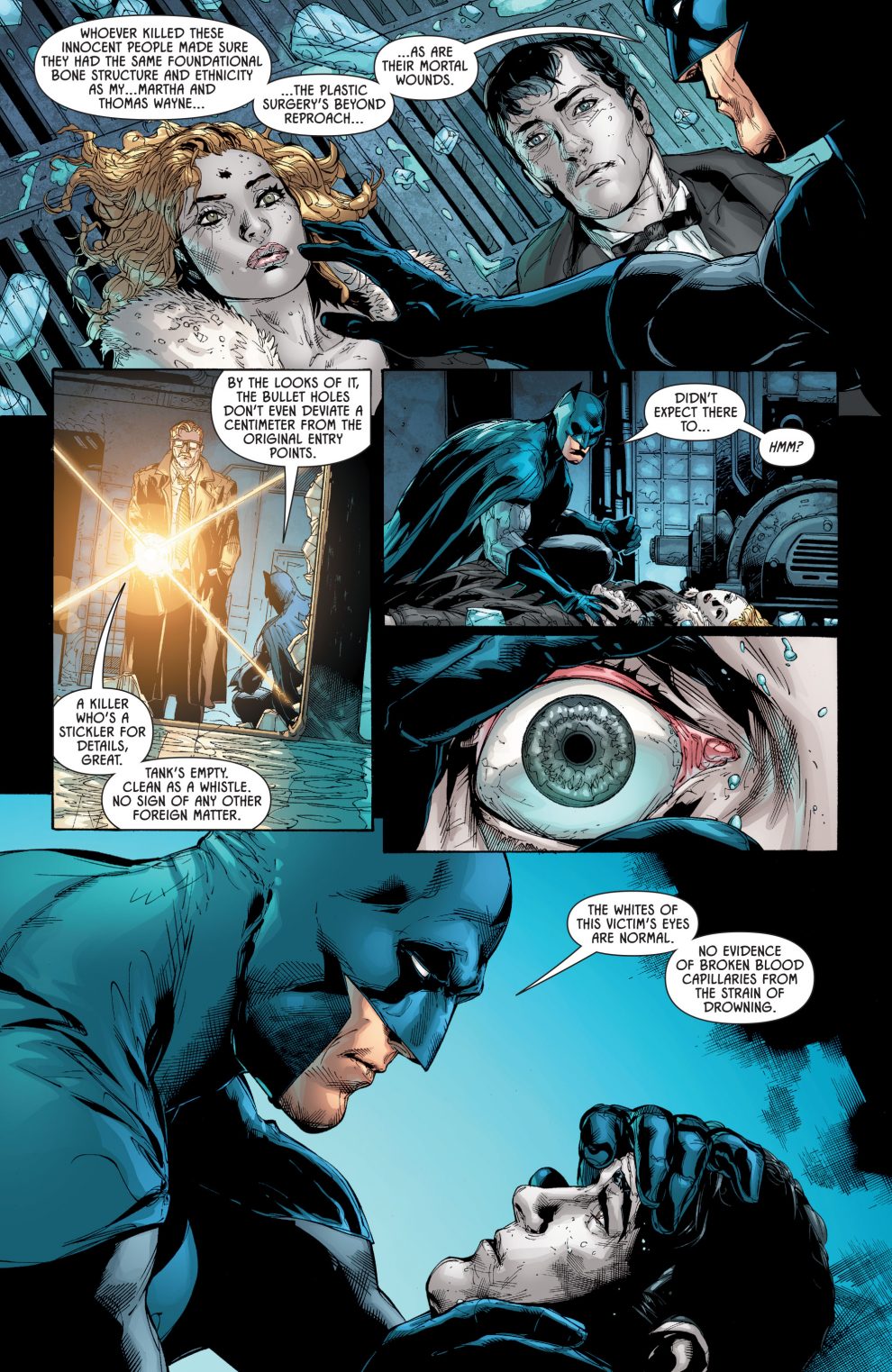 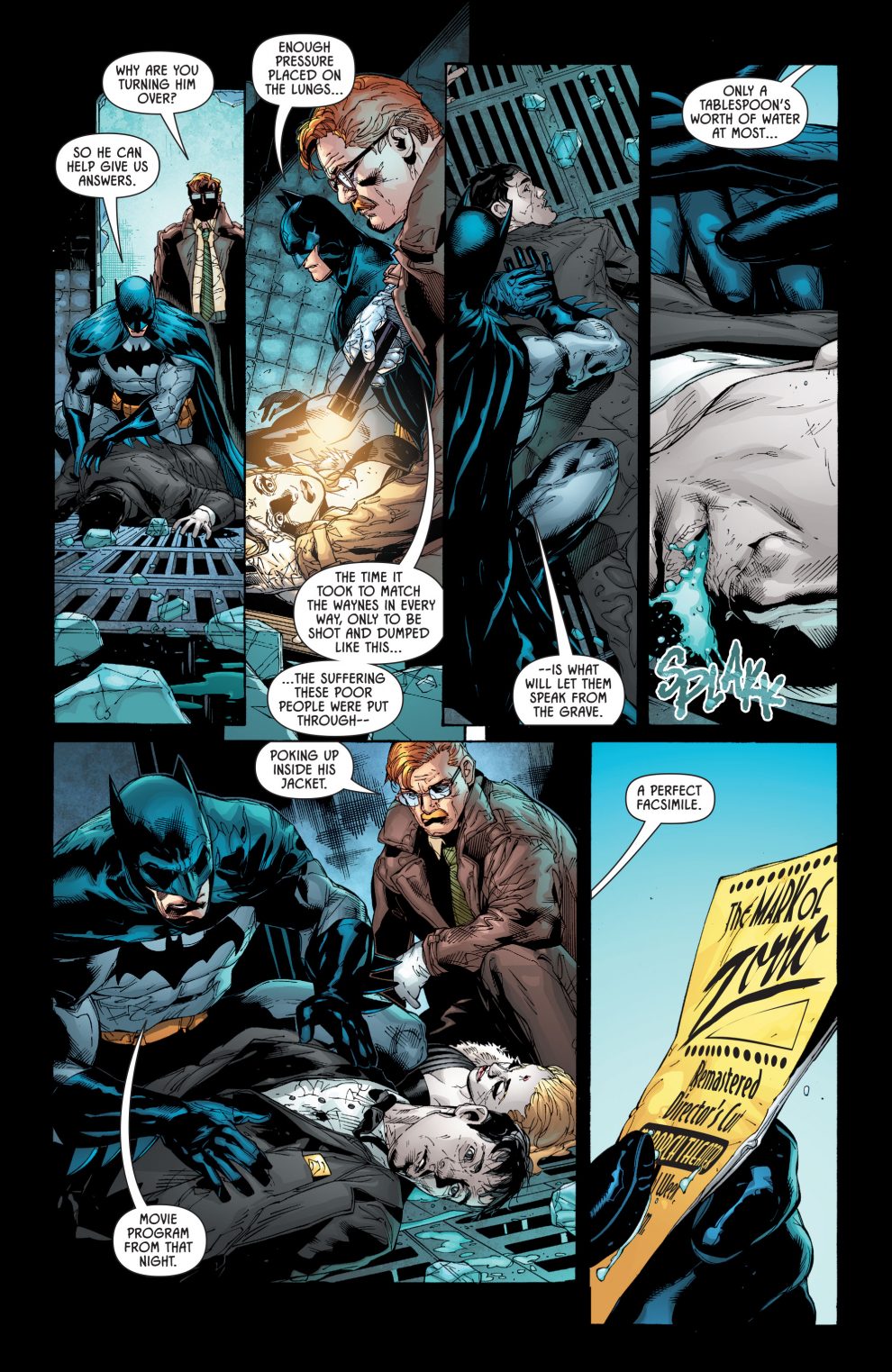 On seeing  the first page I initially though “Oh no, not again” when faced with the all too familiar Wayne murder. The double page spread on pages two and three, followed by the immediate reveal of the new victims allayed all my fears. I should’ve known better than to doubt these fine talents.
We finally have Doug Mahnke drawing a Batman book! The art in this issue is gorgeous. Mahnke, inker Jaime Mendoza and color artist David Baron are onto a winner. The city, the light and darkness, the crime, the victims… our Dark Knight. Every scene and every character look as good as they ever have, or as they ever could.
This run will lead directly into the monumental Detective Comics #1000, so getting this landmark event to tie in with the crime that created the Batman in the first place is a stroke of genius. When married to the gorgeous, almost classical art of Mahnke, Mendoza and Baron, this reader is well and truly hooked. Rob “Lettering Legend” Leigh is also on top form, providing some beautiful new titles, crisp dialogue balloons, captions and terrific sound effects.
Splarrsh… I need a towel.

Batman’s secret is out. Are his family and friends safe? How did the killer discover the truth? There are five more chapters to read before issue #1000, and if they’re all this good I’m going to be camping outside by LCBS!
Detective Comics is back.