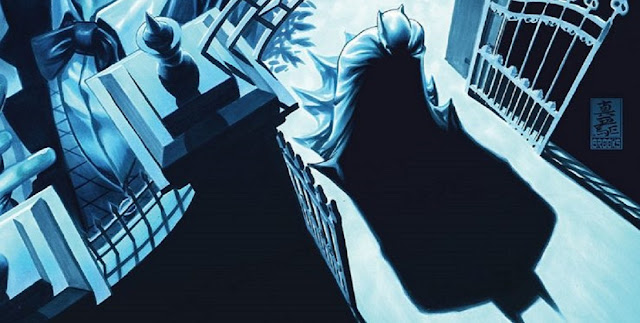 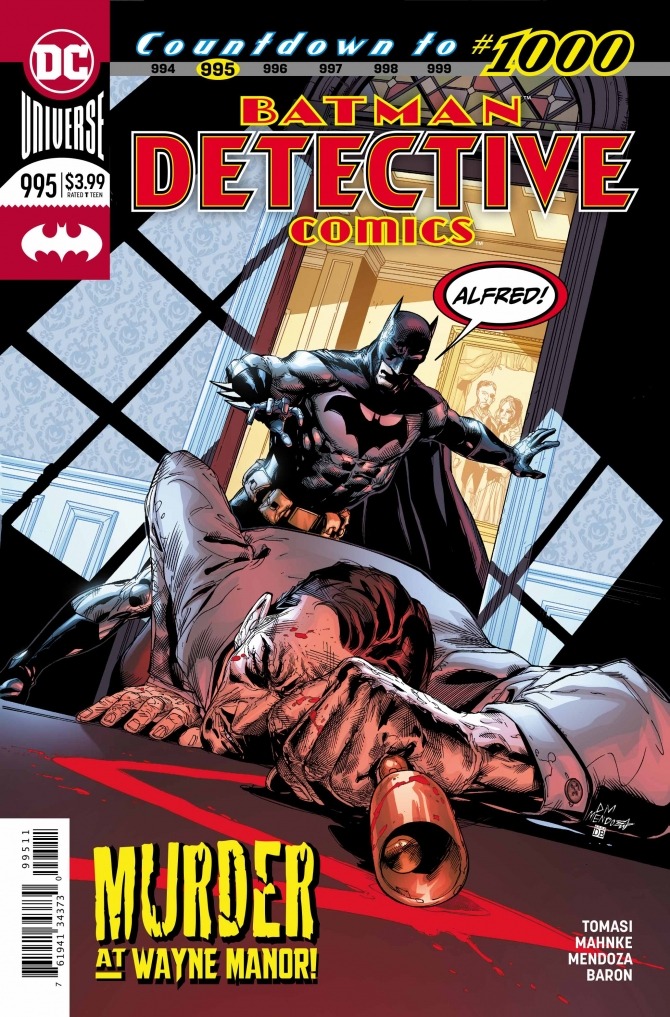 The second chapter of “Mythology” pulls no punches. After the shocking double homicide in Detective Comics #994, where a mystery assailant recreated the murder of Thomas and Martha Wayne, Leslie Thompkins was attacked and infected with Joker venom. Sadly it seems that this is just the beginning. Someone knows all of Bruce Wayne’s secrets, and is targeting his loved ones.
I’m not one for spoilers, but the cover and attached artwork will shock and amaze you. I cannot recommend this new run highly enough. Detective Comics is back with a bang on the road to issue #1000.

Peter J. Tomasi has really hit the ground running, as the plot and scripts for these two issues have been outstanding. This isn’t just shocks for shock’s sake, as we are clearly looking into Bruce’s life through the eyes of someone who wants to psychologically and emotionally torture him. Alfred’s assailant is absolutely the last character I would ever expect to see in a DC Comic!
Penciller Doug Mahnke and inker Jaime Mendoza are also on top form. The anguish is evident on the faces of both Bruce and Alfred as they try to save Leslie’s life. The way that the artists have managed to clearly show the agony on Leslie’s face, even though she’s smiling, is expertly handled. The images are harrowing. 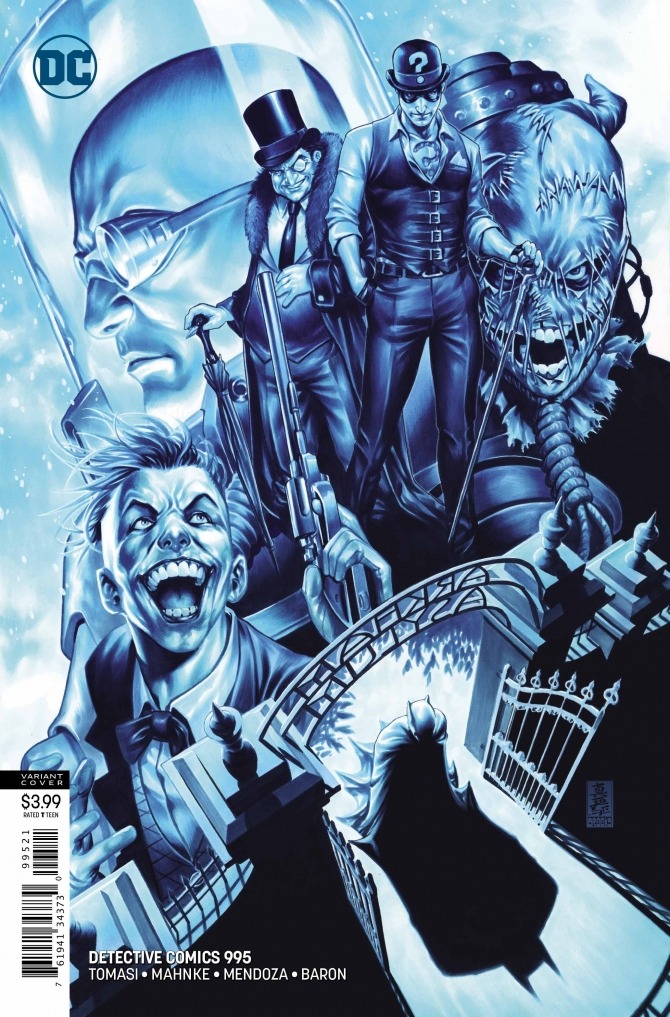 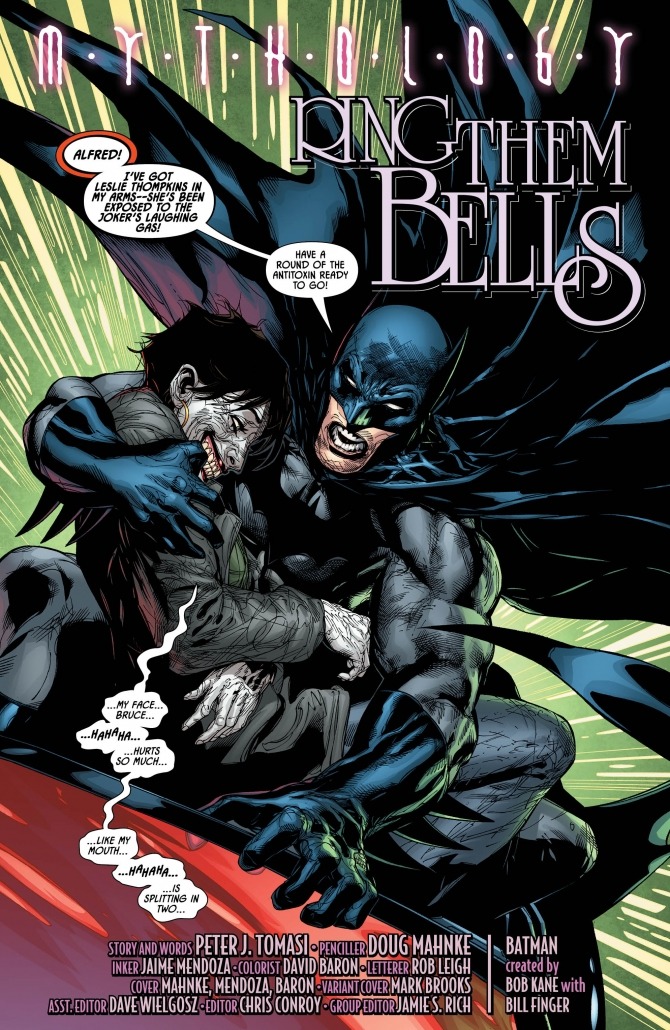 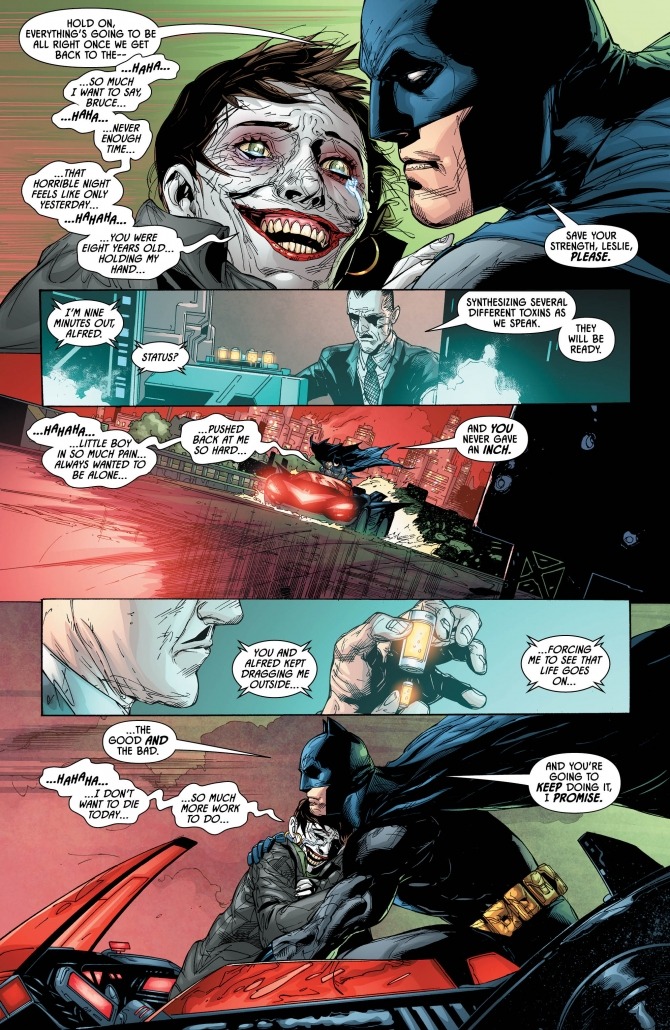 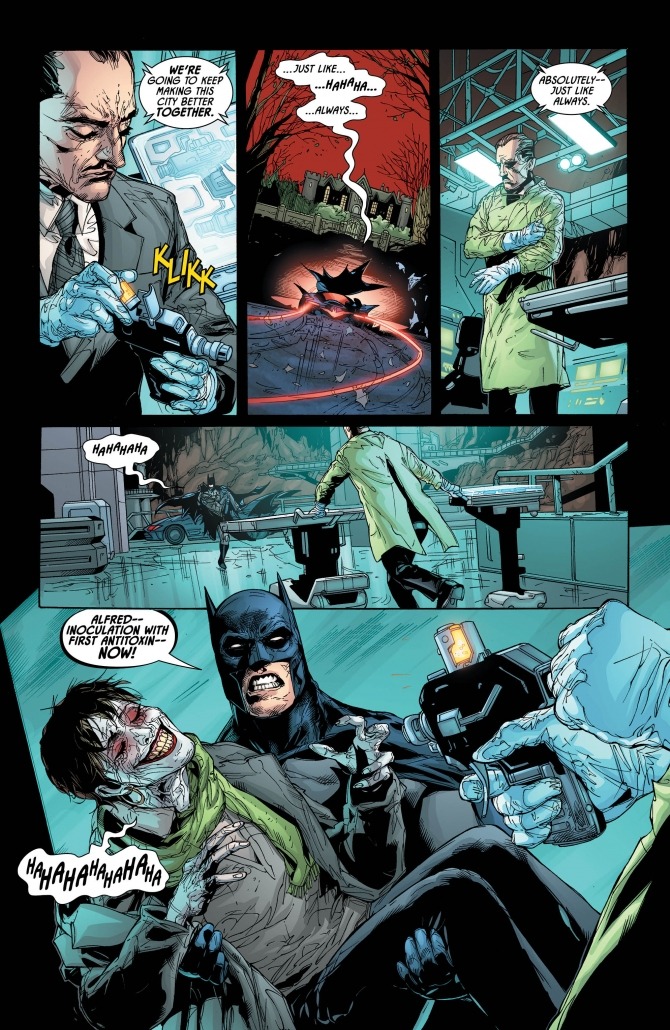 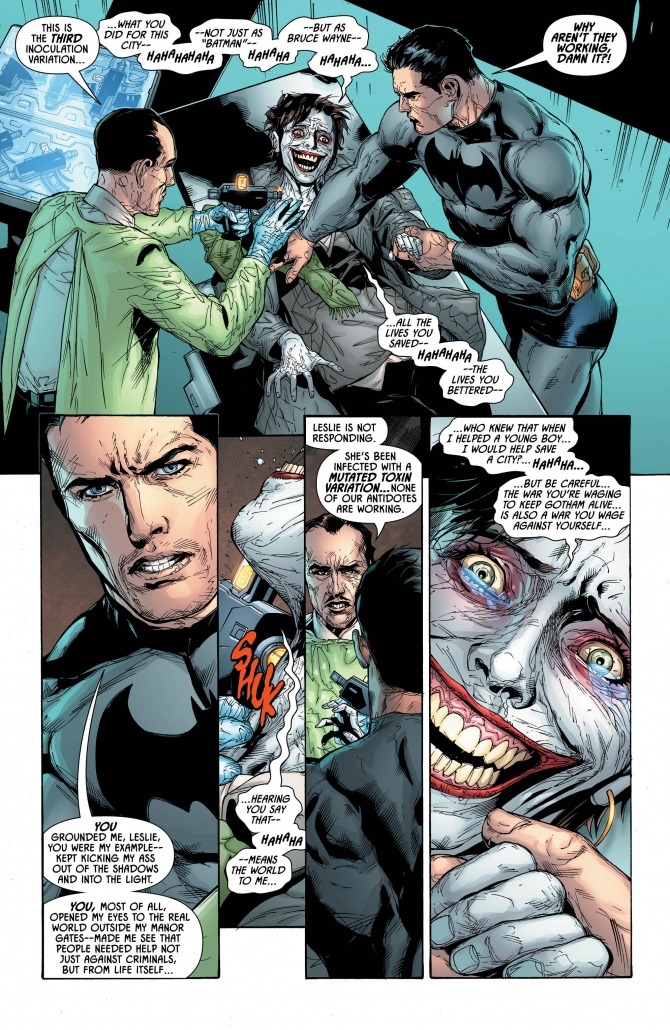 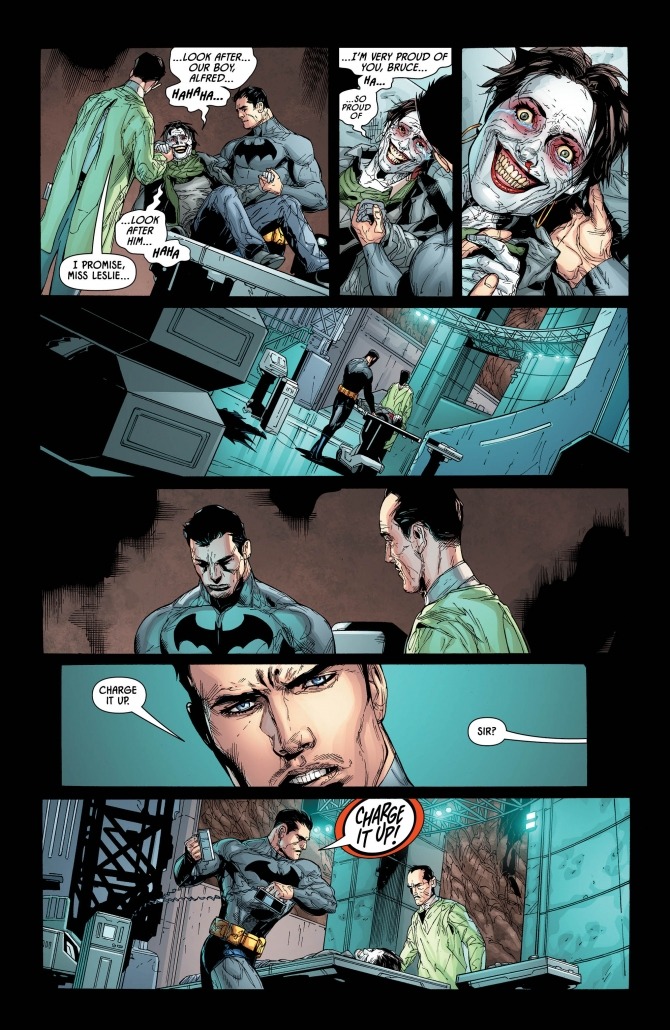 David Baron’s colors work perfectly with the line art. From her tears, and the discoloration around Leslie’s eyes, to the lights in the Batcave; Baron’s color choices are absolutely perfect. Rob Leigh’s letters, as always, are also phenomenal. Look at the difference between her dialogue and that of Bruce and Alfred in the pages attached. As I reader I can almost feel Leslie’s agony.

This arc is seriously hitting me where it hurts. Everyone is expecting Detective Comics #1000 to be spectacular, especially after the magical millennial anniversary issue of Action Comics, last year. 2018’s issue stood alone, and while I’m sure that ‘Tec #1000 will also be accessible to everyone, the fact that this is the arc that is leading into it is very special indeed. It feels to me that Tomasi and his collaborators are tearing Batman down, from the inside out, only to make him even stronger moving forward. This is pure Mythology.