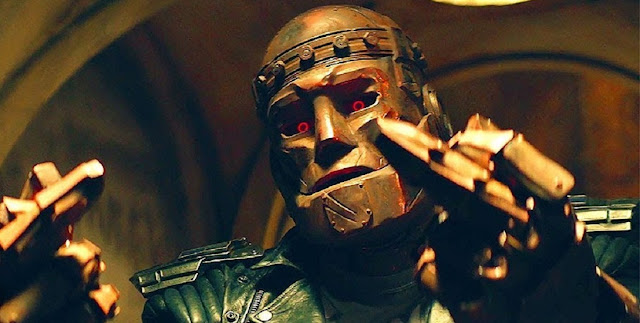 Road Trip! Yes folks, this week our band of misshapen misfits hits the road on a quest to rescue The Chief. Last week the gang managed to escape the Donkey, freeing Cloverton in the process. Their leader, however, is still missing and remains Nobody's prisoner.

That could well be the strangest paragraph I've ever written. Seriously, read that back out loud! 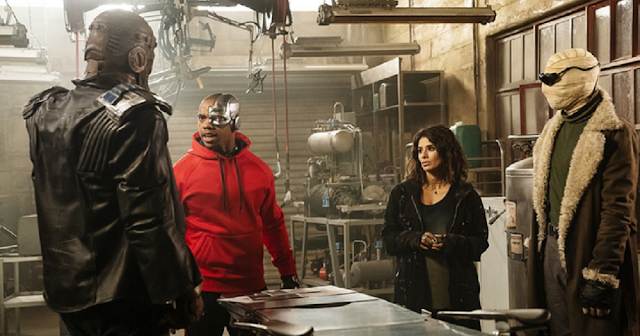 From the opening scenes with Jane putting up missing posters, this show turns the whacky up to 11. Things then come to a head, when she introduces a citizen of Cloverton to a more staple diet than he's previously been used to. Talk about brain food.

Back at the house Cliff, Rita and Cyborg discover a picture of the donkey (may he rest in pieces) taken in Peru. As leads go, it's not the strongest, but it leads our gang on a merry chase.

What ensues is one of the most fun pieces of TV I've seen, since last week's episode. 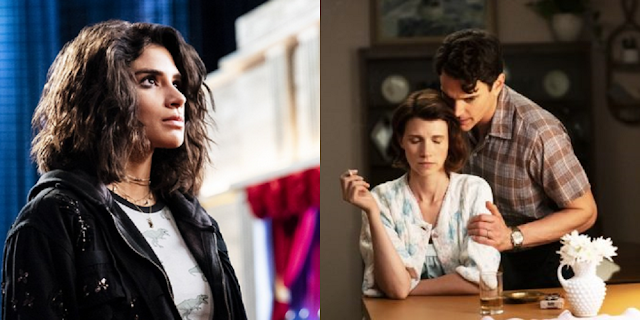 This chapter manages to tell a bonkers tale, yet still takes time to delve into the background of Larry Trainor. I really love how this show is slowly fleshing out every single character, giving them layers and depth and not just making them two dimensional, square jawed heroes. The tragic irony is that, if any one of those characters could have fitted that mould, Trainor would have been the one.

We get some great moments between Larry and his wife, as well as with his lover, John. One can only imagine how hard it must have been, trying to raise a family and pretend to be something he wasn't. I have no doubt that Larry loved his wife, but not only was he lying to her, he was lying to himself.

We also get another brief glimpse into Cyborg's origin, as we meet his mother, played by veteran actress Charmin Lee. 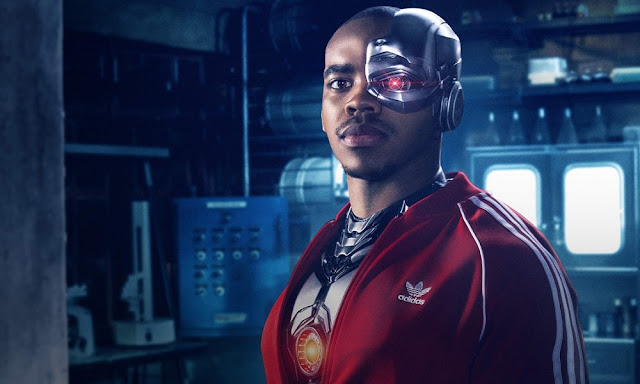 The drive to Peru is absolutely hilarious. If you thought that these characters got on each other's nerves at home, then you ain't seen nothing yet! Between Rita's driving, Jane's map-reading and Larry's Negative attitude, shenanigans ensue, and we get a road trip for the ages.

As you can imagine, the team meet some really interesting people on the way, and they take in a puppet show too. The thing about these marionettes is that you can't always see the strings. There's a puppet master behind the scenes who has a long history with Niles Caulder, and he makes his presence felt in this episode.

We also meet Steve, who goes on a real journey. I'm sure that this guy's a real party animal, but he needs to watch his vegetable intake, especially if he wants to get all the minerals and nutrients he needs. I also think he needs to think about working with others more. After all, two heads are better than one... or so they say.

Three episodes in and the momentum is really strong. This issue answers questions, raises even more, and sows seeds that we know are going to bear some crazy fruit, further down the line. We get to see Silver Tongue again, and we also meet Flit; that girl's all over the place!

Veteran Doctor Who director Rachel Talalay does a fantastic job on this episode, which is great to look at and beautifully acted. The script is strong the actors are all top drawer. The quality is incredible!

Credit and kudos also, to actors Riley Shanahan and Matthew Zuk; the men in the armour and under the bandages. These guys work really hard and make Matt Bomer and Brendan Fraser look good. Check out the incredible fight scenes! Cliff and Jane cut loose and several baddies have to split, as Robotman, Silver Tongue, Flit and Sun-Daddy clearly show that not a single Fuch is given.

I cannot wait for episode 4!