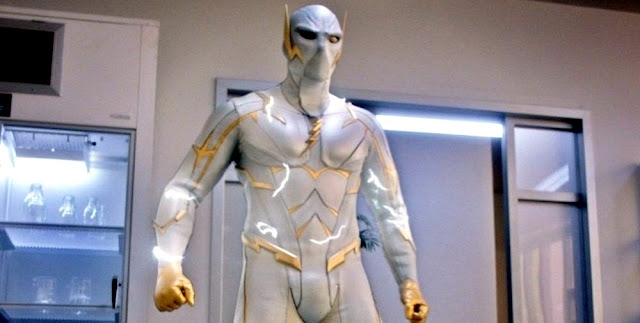 Director: Danielle Panabaker
Writers: Judalina Neira & Kelly Wheeler
Starring: Grant Gustin, Candice Patton, Jessica Parker Kennedy, Hartley Sawyer, Danielle Panabaker, Jesse L. Martin, Tom Cavanagh, Carlos Valdes, Danielle Nicolet, Kathryn Gallagher, Ese Atawo, Kindall Charters and B.D. Wong as the voice of Godspeed.
Review by Steve J. Ray
This episode was an absolute corker and well worth waiting for. We feel the repercussions of Nora’s perceived betrayal, and learn the full story behind her relationship with Eobard Thawne. Oh, and we also meet a certain fellow by the name of Godspeed… though the episode’s title and the image at the top of this review may have given that away. 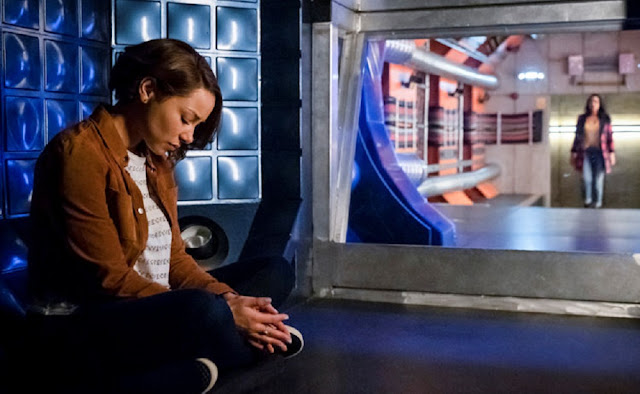 Having spoken to fellow writers, friends and Flash fans, some thought that Barry over-reacted at the end of the previous episode. Personally, I thought that his actions were justified, though his behaviour this week has me questioning his judgement after the fact.
His decision to lock Nora in the pipeline wasn’t too harsh a first reaction, in my opinion, but Barry’s decisions regarding both his daughter, and the Reverse Flash, have me very concerned. This isn’t the Barry Allen I know. 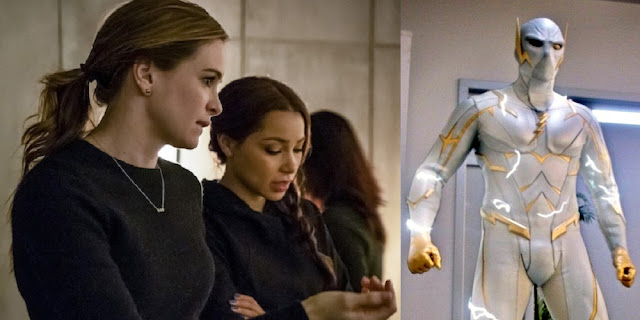 I’ve been a huge Danielle Panabaker fan for years, even moreso after meeting and interviewing her last year. This episode has made be an even bigger fan than I already was. Not only is she a very talented actress, Danielle made her directorial debut this week, and I’m really impressed.
She handled actors, action, complicated CGI and effects shots like a veteran. In my opinion this was one of the most tightly directed episodes of The Flash in the five years it’s been on air.
The flash-forward sequences set in Nora’s past (everyone else’s future) were beautifully managed. Danielle is clearly not only a talented director in terms of visuals, she really got some terrific performances out of the cast. The scenes between Jessica Parker Kennedy and Kathryn Gallagher (Nora’s “Bestie” Lia) are wonderful. The scenes between Nora and her parents, in both timelines, are heartbreaking. 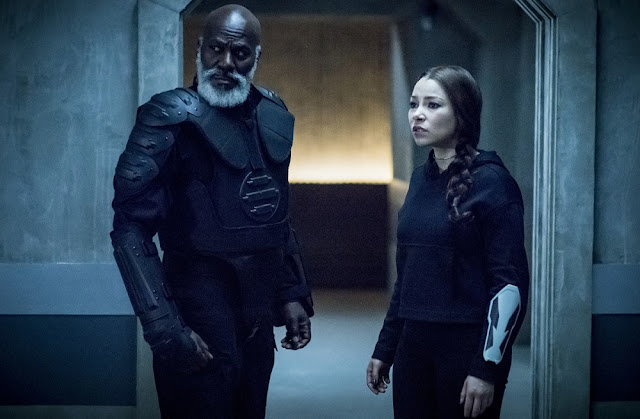 I loved the writing this week. Thawne was portrayed as a multi-dimensional character, and not just a figure of evil. Nora, while misguided, still comes across as both lovable and noble. The tragedies of her past make her a real hero, at least in my eyes.
As I’ve already mentioned, the one character who really surprised me this week, and NOT in a good way, is Barry Allen. He’s always been a character led by his heart, far more than his head. His behaviour in this episode, however, is uncharacteristically cold. His love of family has always been one of his greatest strengths, so the conclusion to this instalment was a real shocker. 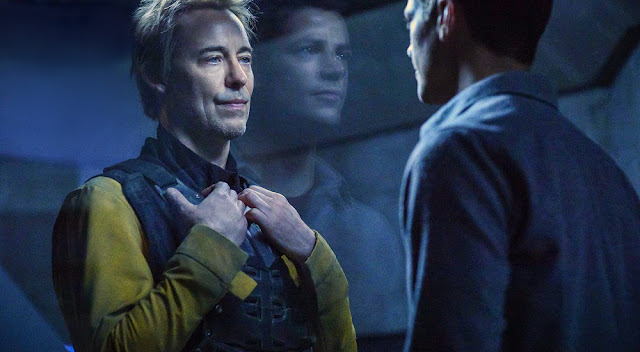 I realise that I haven’t even talked about Godspeed in this review, and there’s a valid reason for that: I really don’t think that this is the last we’ve seen of him. He was a formidable foe this week, but – as comics readers will know – we haven’t even seen a fraction of what he’s capable of. Danielle Panabaker has handled one heck of a great episode, whetting our appetites for a villain who will, I’m sure, prove to be a much bigger deal later on in the series.
This episode had heart, emotion, tears, action, and everything a fan could ever want from an episode of The Flash. I rate this one a solid: