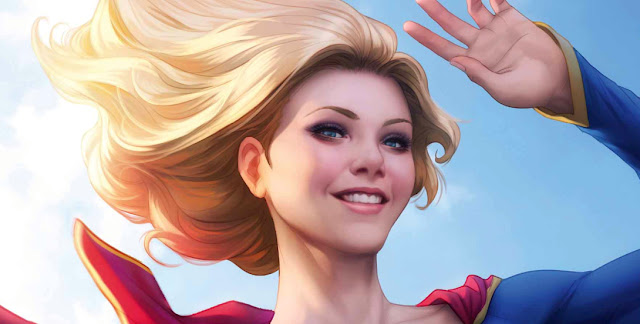 The reveal of the strange mockeries of Supergirl attacking the prisoners during their escape in the previous issue, comes to a head here. Kara battles against herself at every turn, literally and emotionally. Across space, everyone’s favorite rogue and super powered pet is searching space for Kara, with limited success. All the while, the true looming threat finally reveals itself. 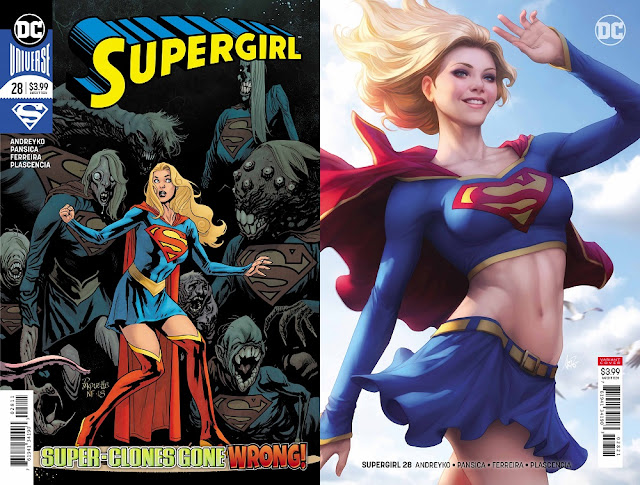 It’s a very difficult act to balance three different story lines, across great expanses of space, yet very clearly show how related they all are to each other. We see the clash between Supergirl and the abominations broken up with sinister villains and Zndr going the distance to find Supergirl. 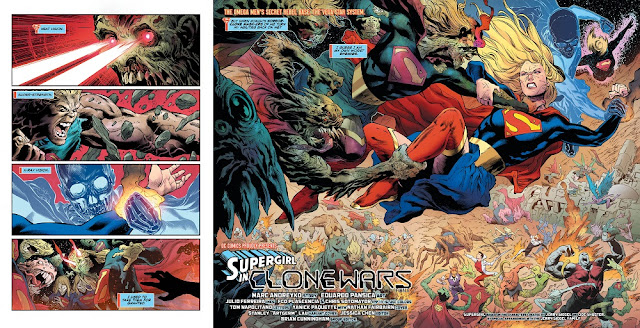 The focus on the battle does add pace and makes everything active and action-packed, but does mean that the in-between moments, when we catch up with Zndr, feel a little distracting. The jumps between the fighting and the character moments are totally necessary, so I shouldn't complain too much. It’s very easy to compare this issue to comic-book based movies. Gaps in the action are common in cinema, to let an audience member relax and get drawn back in. It’s interesting to see comics do this so well – but that doesn’t stop me wanting the grandiose fighting to continue. 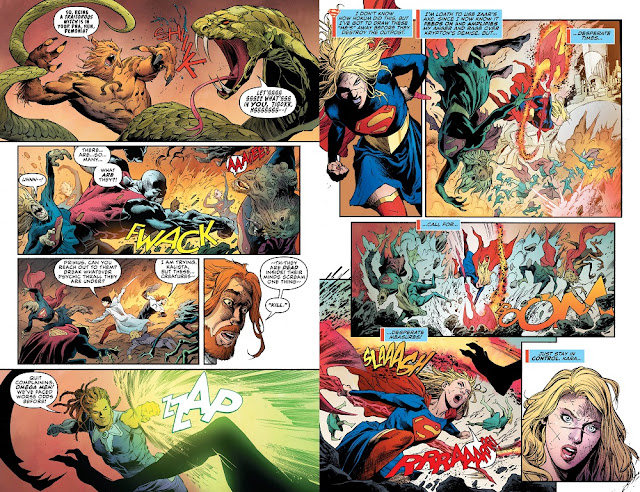 This is the intense action issue everyone needs between story arcs. The grand picture of what’s going on in Krypton’s past, and the name and mission of Rogol Zar still hold quite a bit of weight across the galaxies. We can expect the issues going forward to really test Kara and her growing struggle to control her intense anger.