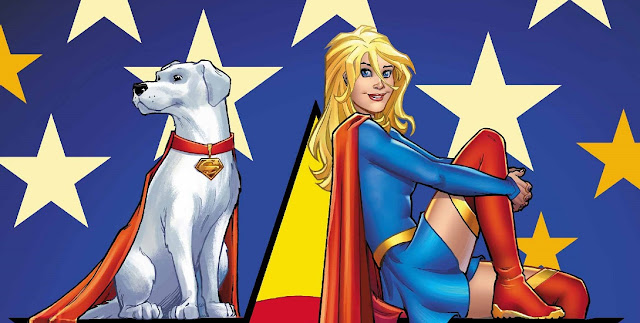 With Supergirl reunited with Zndr Kol, peace may be back on the table. Her search for the answers of Krypton’s past go on hold for just a little moment, as finding her way gives her time to reflect. All the while, the dangerous forces of the universe out to get her are still advancing. The issue gives us unexpected results of the bubbling anger within Supergirl, and the way she handles it manifests physically in this issue, which could have major consequences. 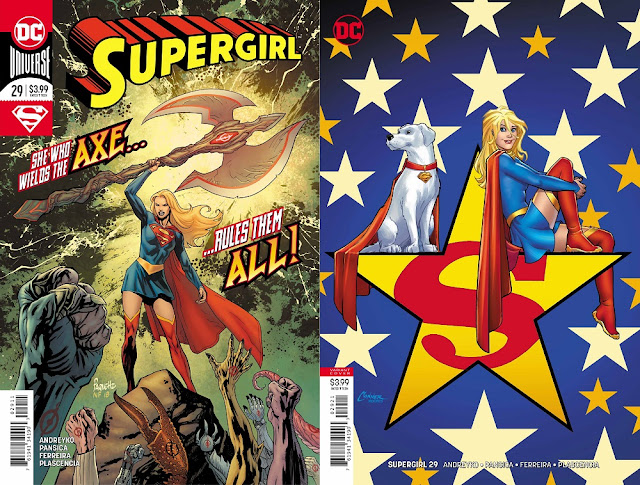 Positives
This issue has given Pansica and Ferreira time to get cosmic with their artwork. When the interstellar forces behind Rogol Zar reveal themselves, whole pages are given out to huge double page spreads of galactic swirls and the psychedelic panoramas of deep space. This is the kind of imagery I want from a Supergirl comic, and it’s done perfectly in this issue. 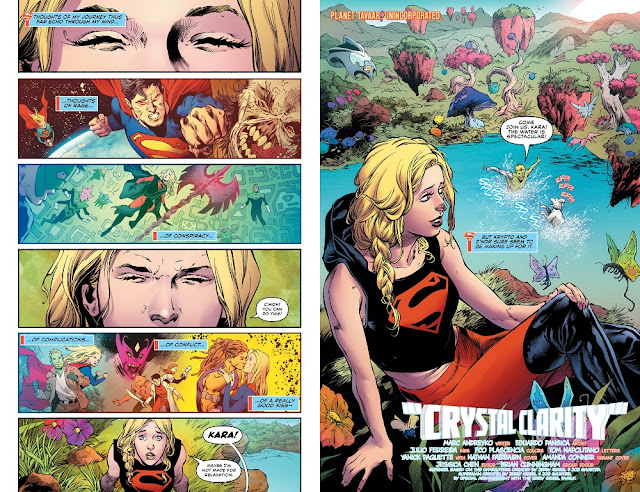 Negatives
As the story progresses, it’s very easy to see just how much the writing behind it begins to flounder. A lot of the early issue is spent with Kara's internal monologue, “I sure have been through a lot, better not make it awkward around Zndr.”
We’ve been following Kara for a few issues now, we know how she’s travelled. This is doubled down on with Zndr thinking, “I should probably tell her that my crystalline step mother wants to kill her”, but doesn’t. I have no problem with them summing up their feelings to readers behind on the collection, but there are more interesting and less page-costly ways of doing it. 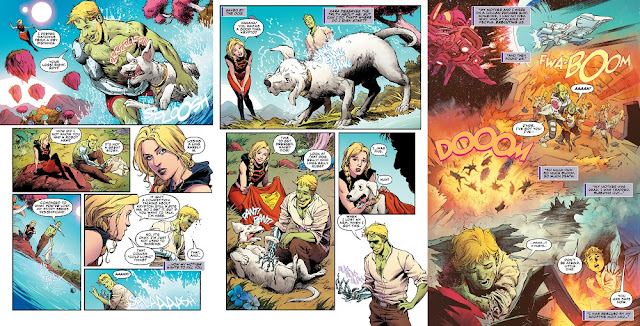 This issue is the most calm before a storm I’ve seen in a while. The jungle was lush and green, and our heroes were having a pool party. By that logic, issue 30 will be down-right apocalyptic, and that’s going to be a spectacle to right home about indeed.