Review: The Batman Who Laughs #5 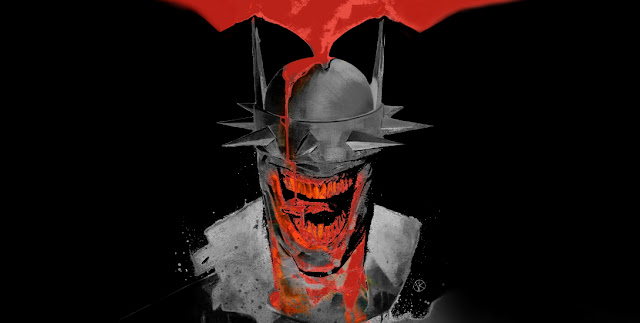 “The Batman Who Laughs” – Part Five 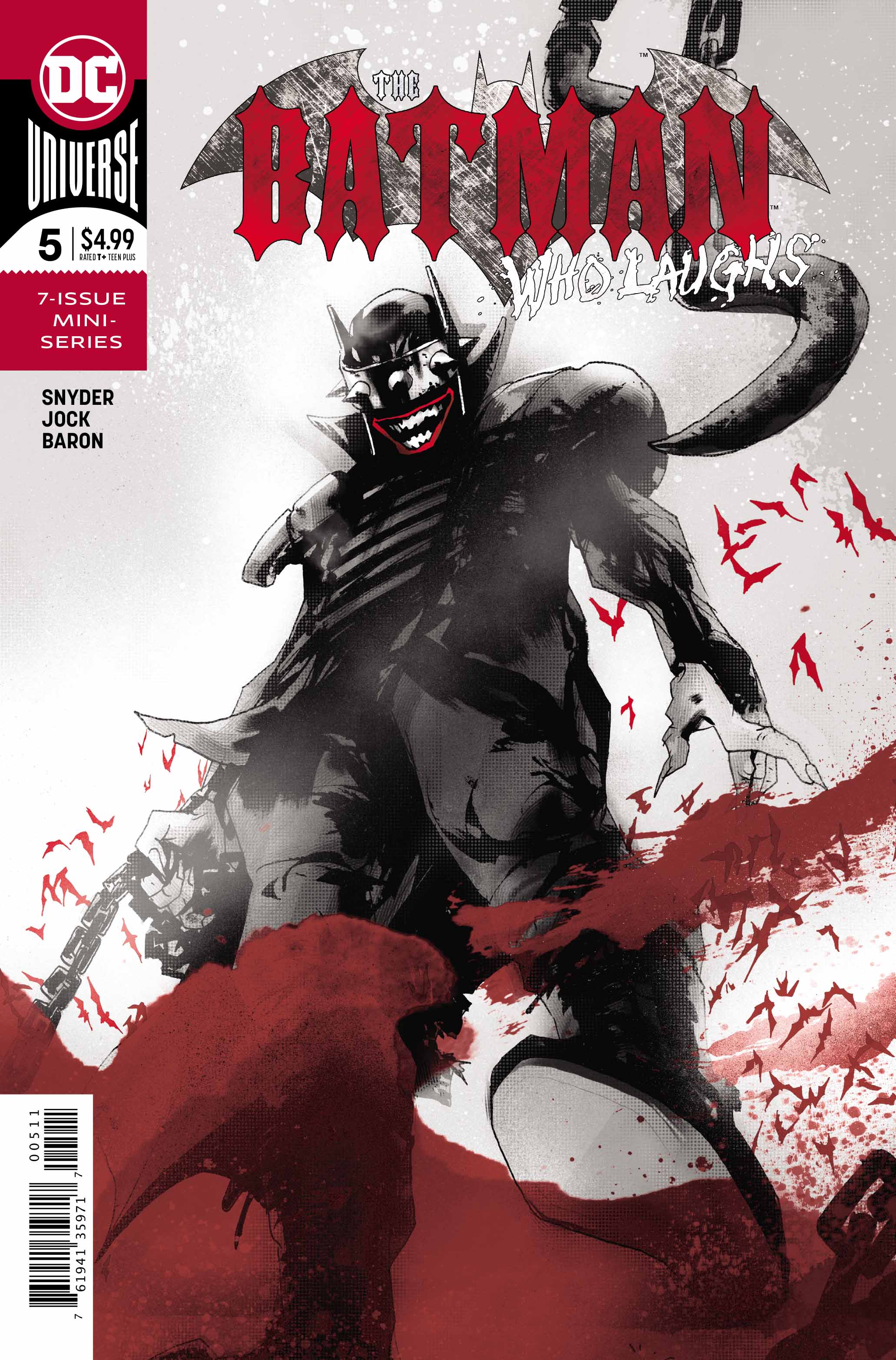 Writer: Scott Snyder
Artist: Jock
Color Artist: David Baron
Letterer: Sal Cipriano
Review by Steve J. Ray
The Batman Who Laughs #5 was due to be the penultimate chapter, but with the news of an added seventh issue and an ongoing Batman/Superman series following on, my excitement levels are higher than ever. Yes, dear reader, we’re going to be getting two more issues and we’ll see the Darkest Of Knights face the Man Of Steel too. Bring it on!
We left issue #4 with Batman under heavy fire from the GCPD, trapped in an alternate dimension where another Bruce Wayne had turned Arkham into a super-max penitentiary. The Batman Who Laughs had tricked the cops into thinking our Batman was actually him, seemingly with no way out. This is a theme that keeps playing out in this series, as Batman is battling himself. Of course, we’ve always known our hero to keep fighting and finding a way to win. He’s defeated foes stronger than himself, sometimes smarter than he is, and even those who are both. This time though he’s fighting another Batman, one that’s been dialled up to 11 on the crazeometer. 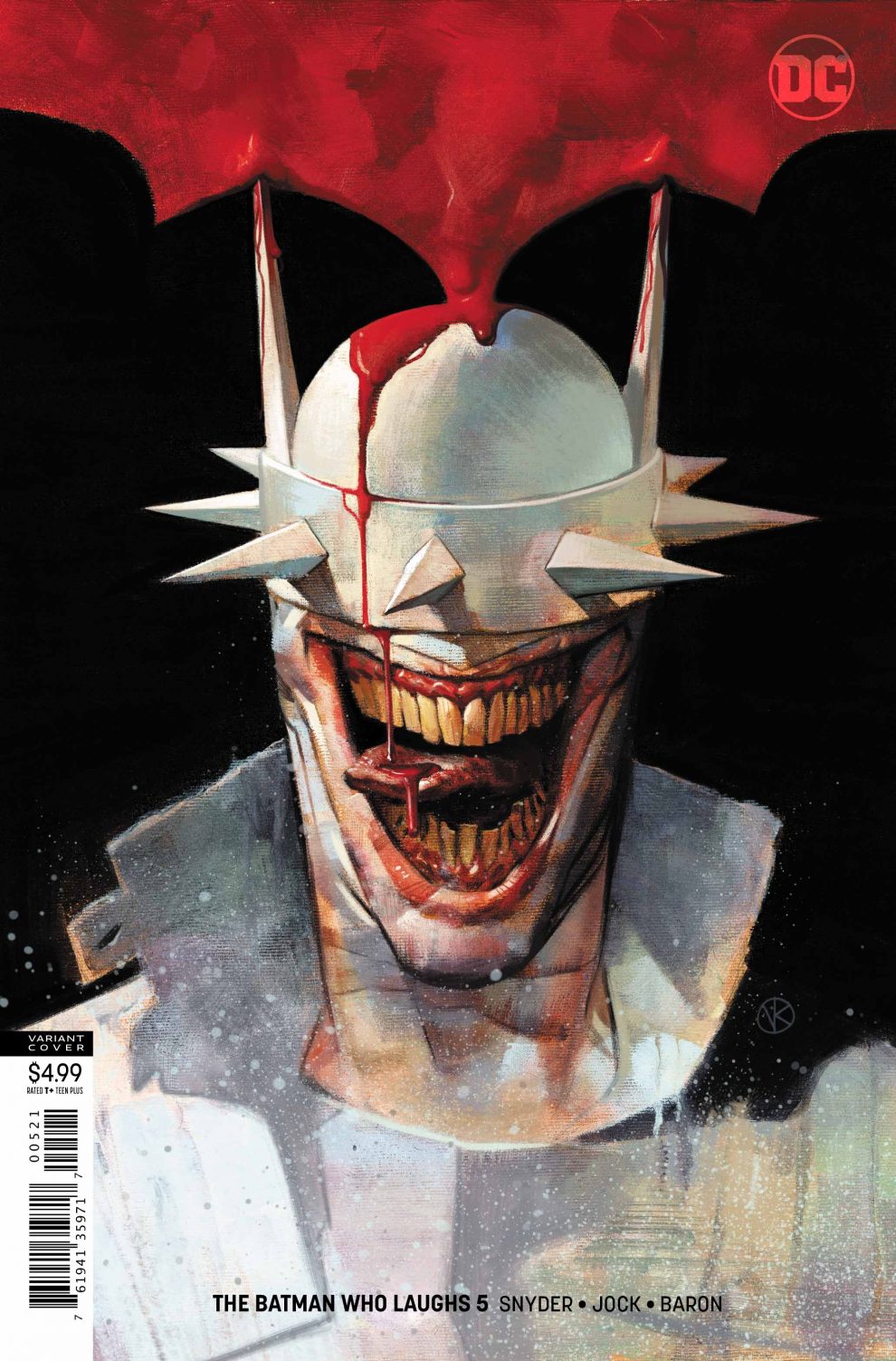 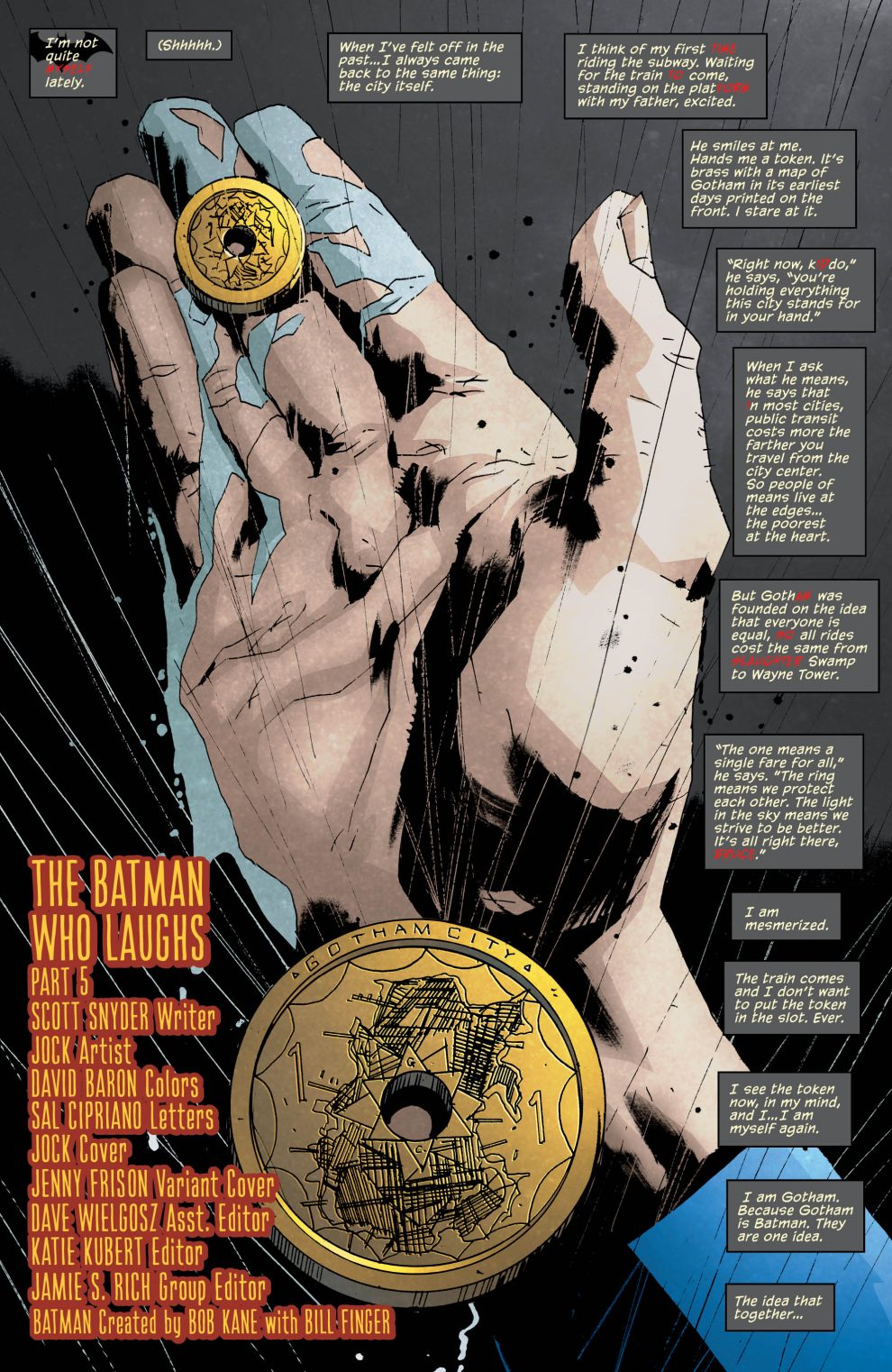 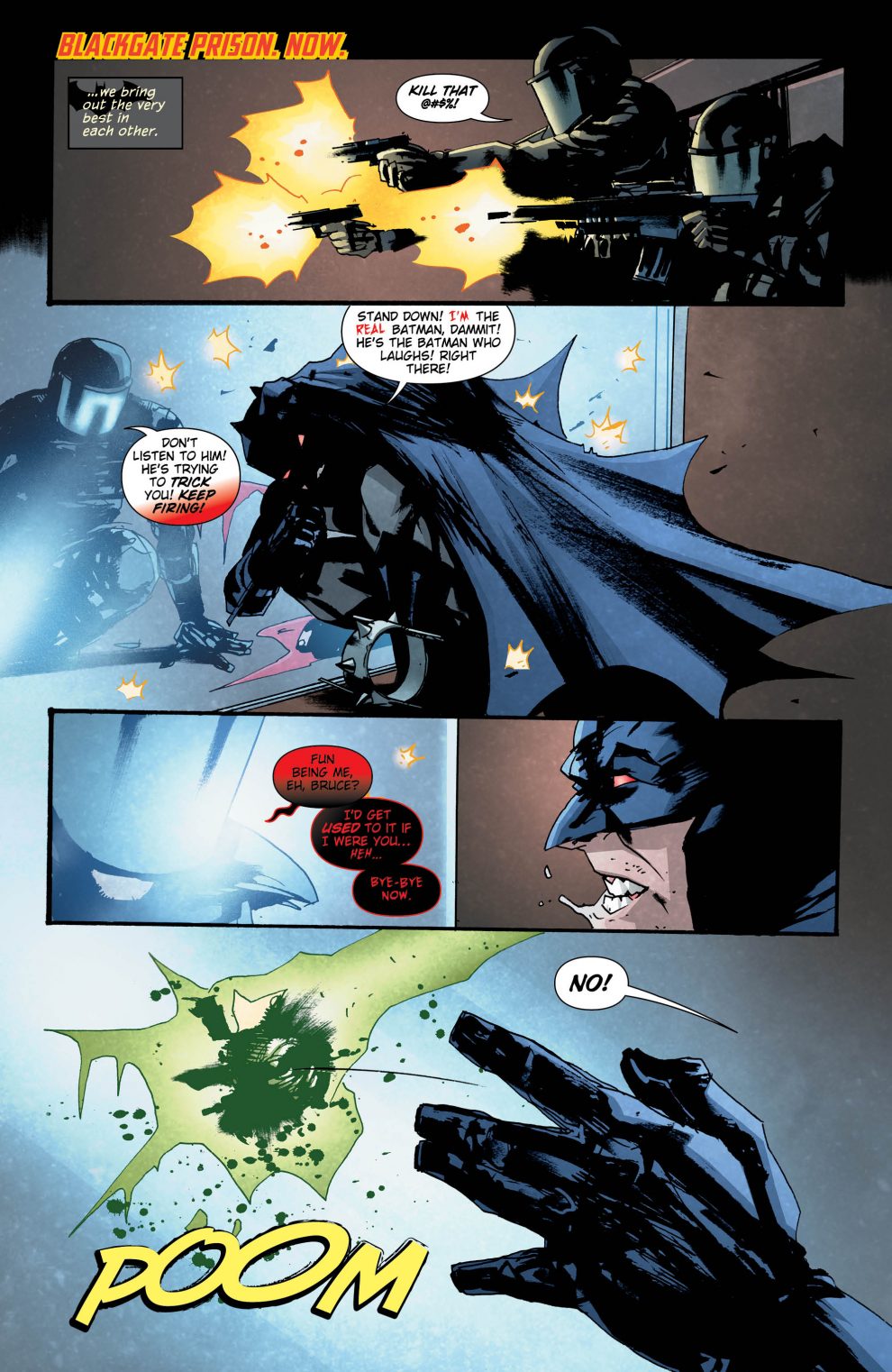 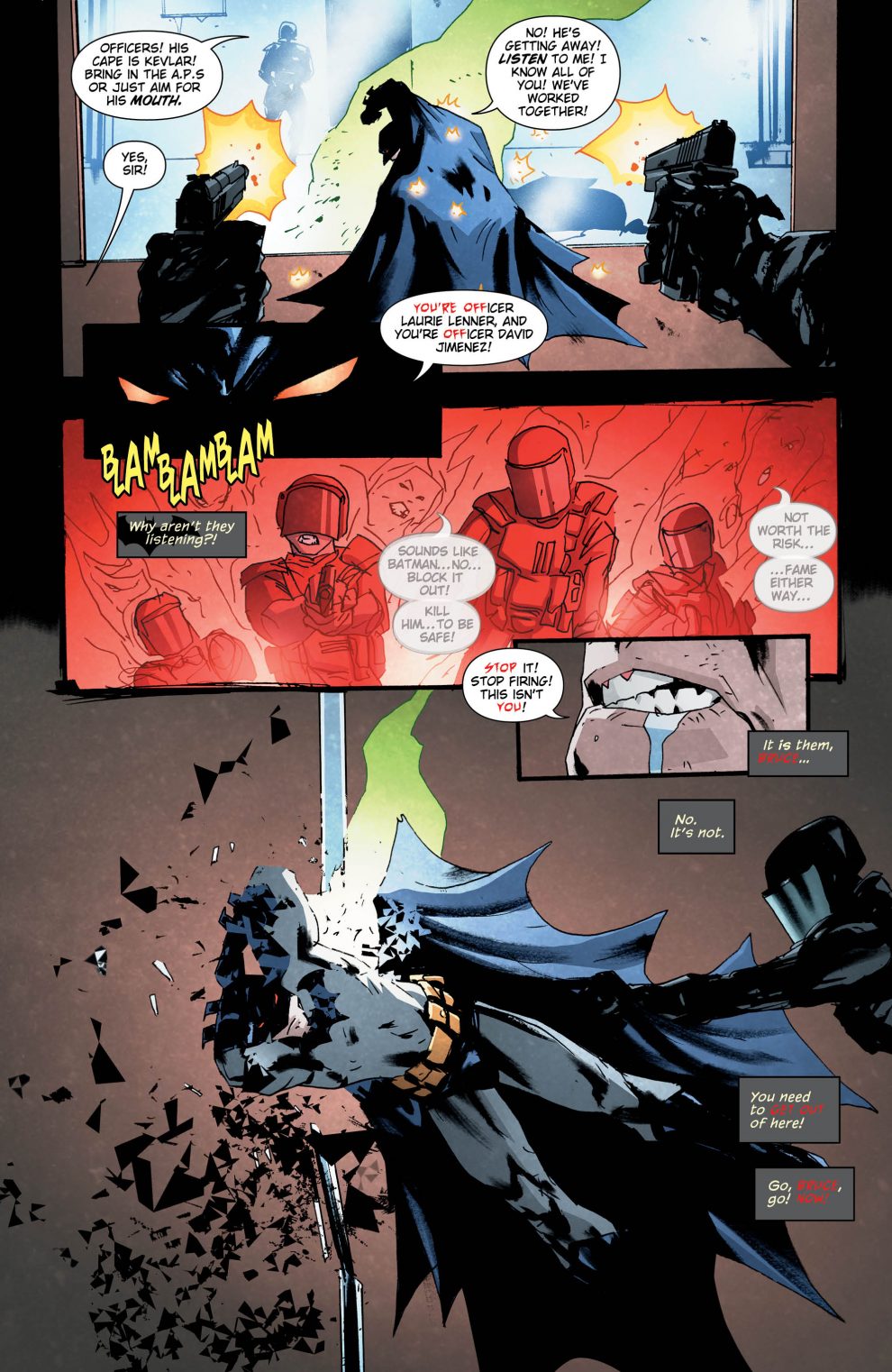 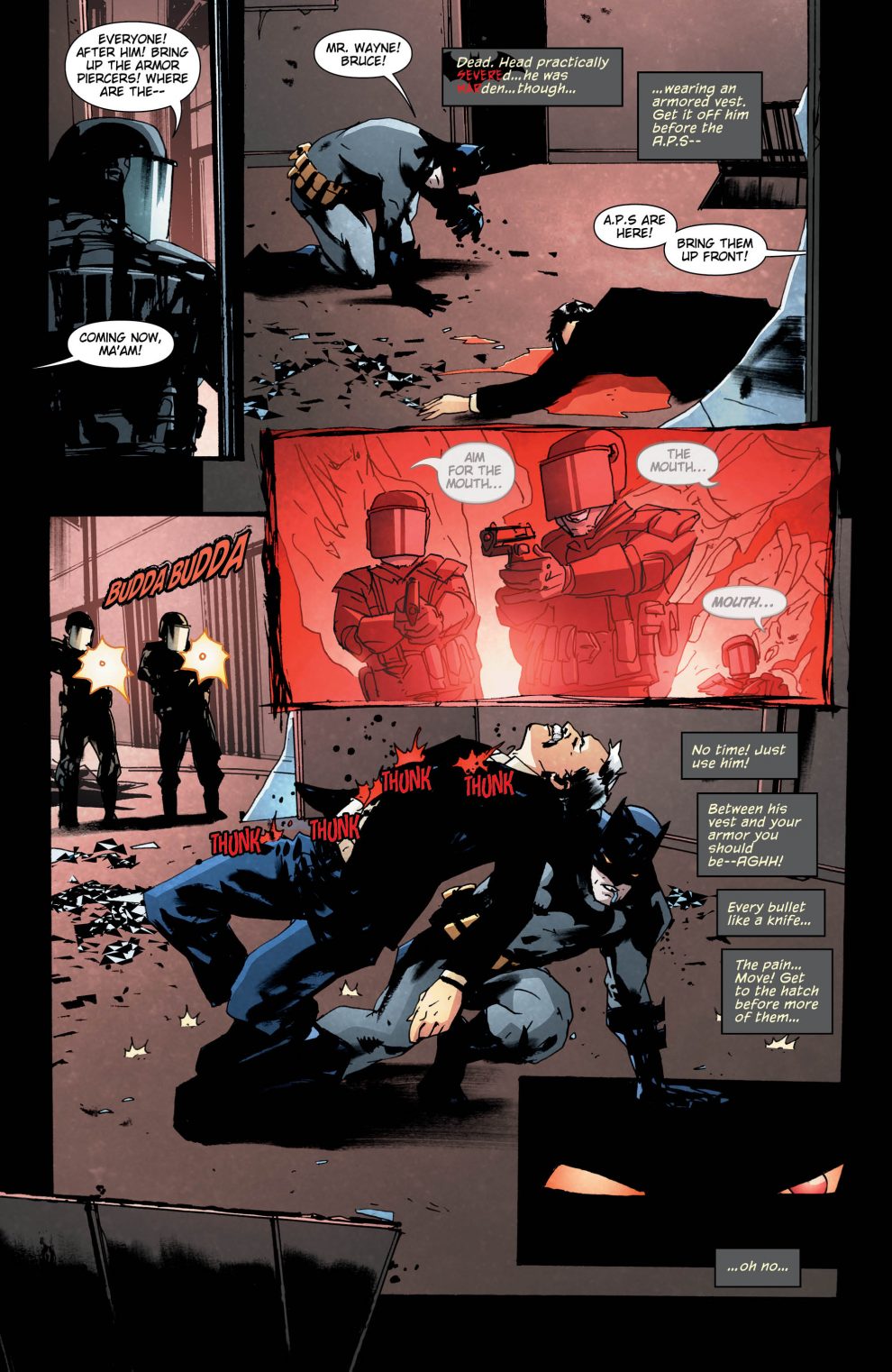 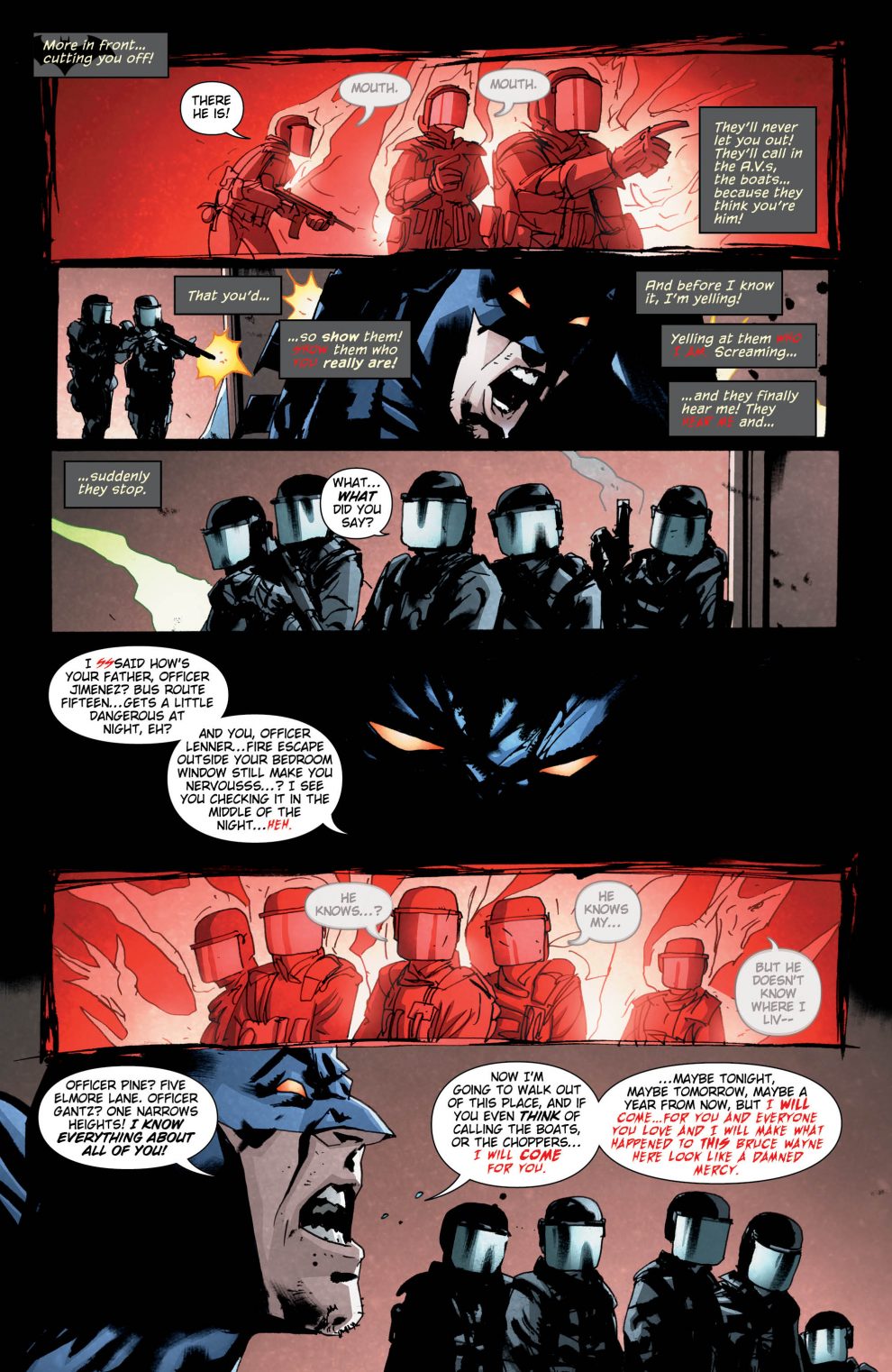 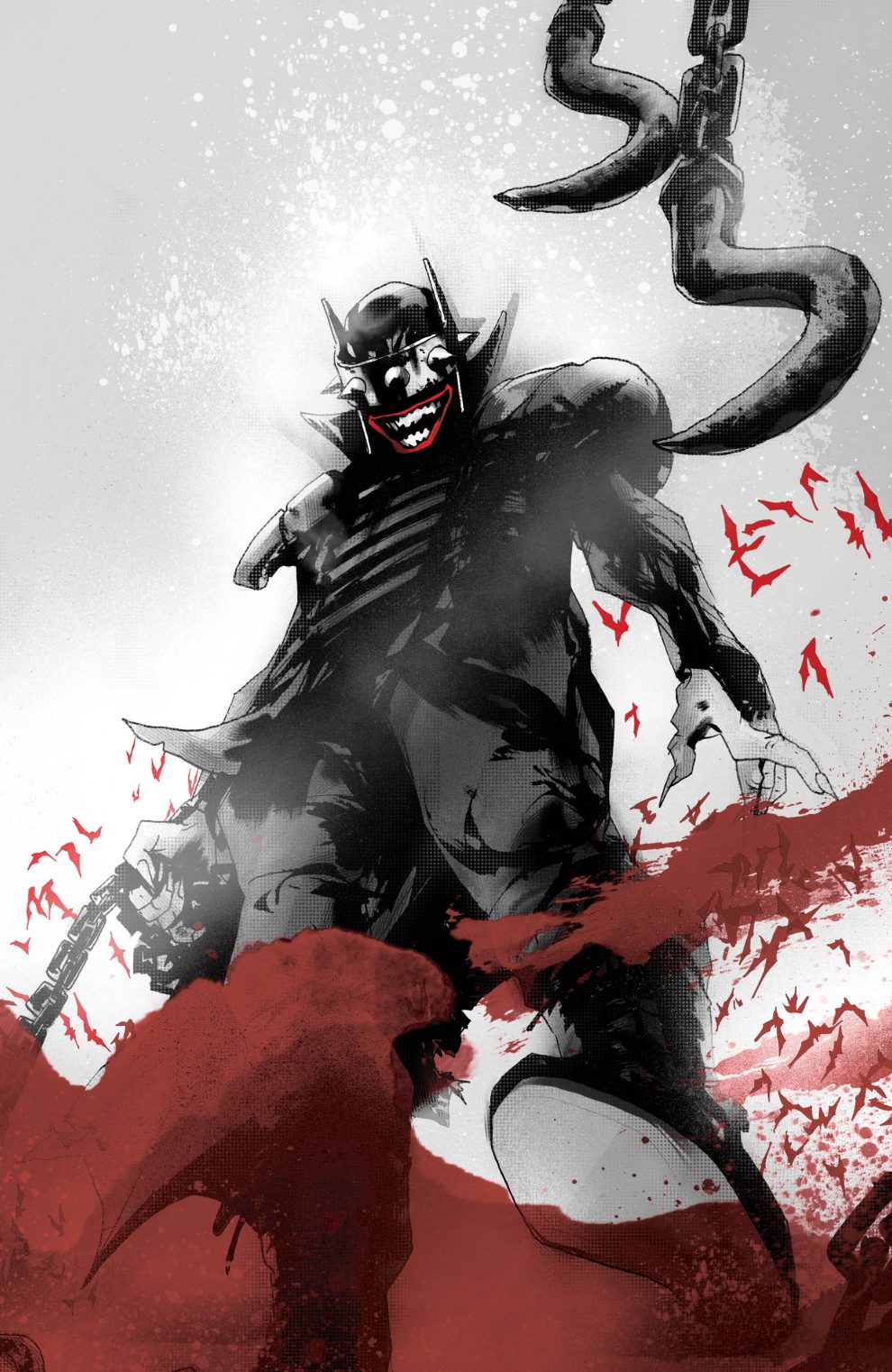 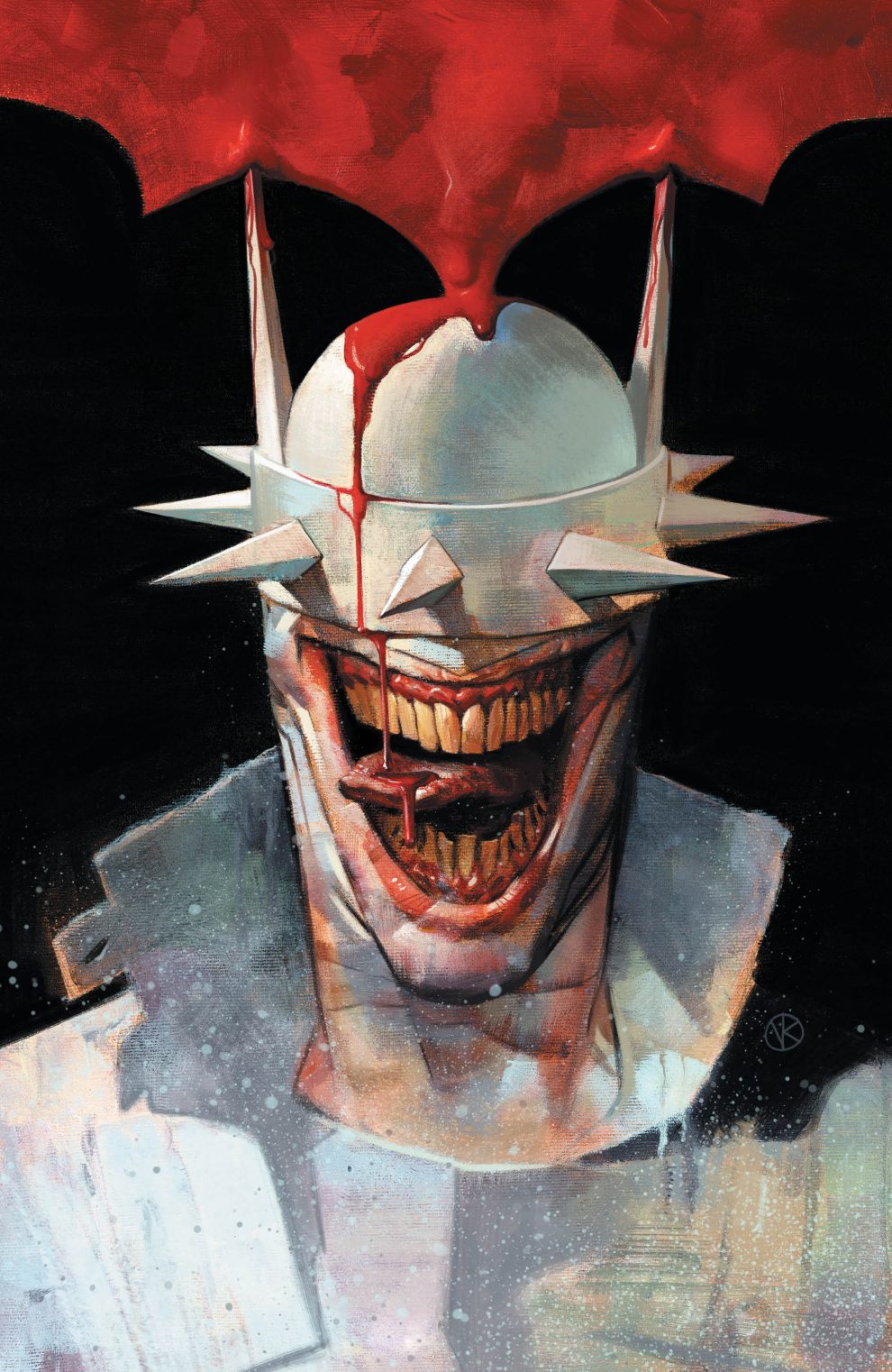 Scott Snyder is bringing the darkness like a polar winter. The sun seems to be setting with no chance of ever rising again. Batman’s predicament, as well as the situation Jim Gordon finds himself in, seem hopeless. The truth about the Batman Who Laughs’ killer Robins is finally revealed in this issue, and it’s a secret that I honestly wish had never been shared.
The art by Jock and David Baron never ceases to impress. The way that Batman, now wearing a copy of his enemy’s visor, sees the world in shades of blood red adds more terror to an atmosphere already dripping in crimson horror. This is a team of artists that is producing some pretty gorgeous nightmares. I’m actually typing these words at five minutes to midnight, so I know that these images will be resonating in my mind’s eye long after I snuggle up under my duvet and close my eyes. Thanks, guys… I guess.
Kudos also to Sal Cipriano, for his lettering of Batman’s inner monologue in particular. The invention of the cray-cray sans sanity font must be driving him literally mental. Just check out page one, reproduced above, to see what I’m getting at.

For once I can’t even guess at a solution to Batman’s dilemma, I honestly can’t see a way out. This series has me on edge, stressing and absolutely terrified for the fate of both Batman and the city he’s sworn to protect. It’s like some kind of exquisite torture.
Yet I’m loving every second.