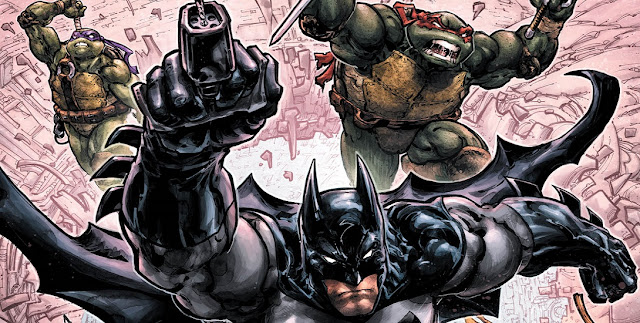 “Crisis In A Half Shell” 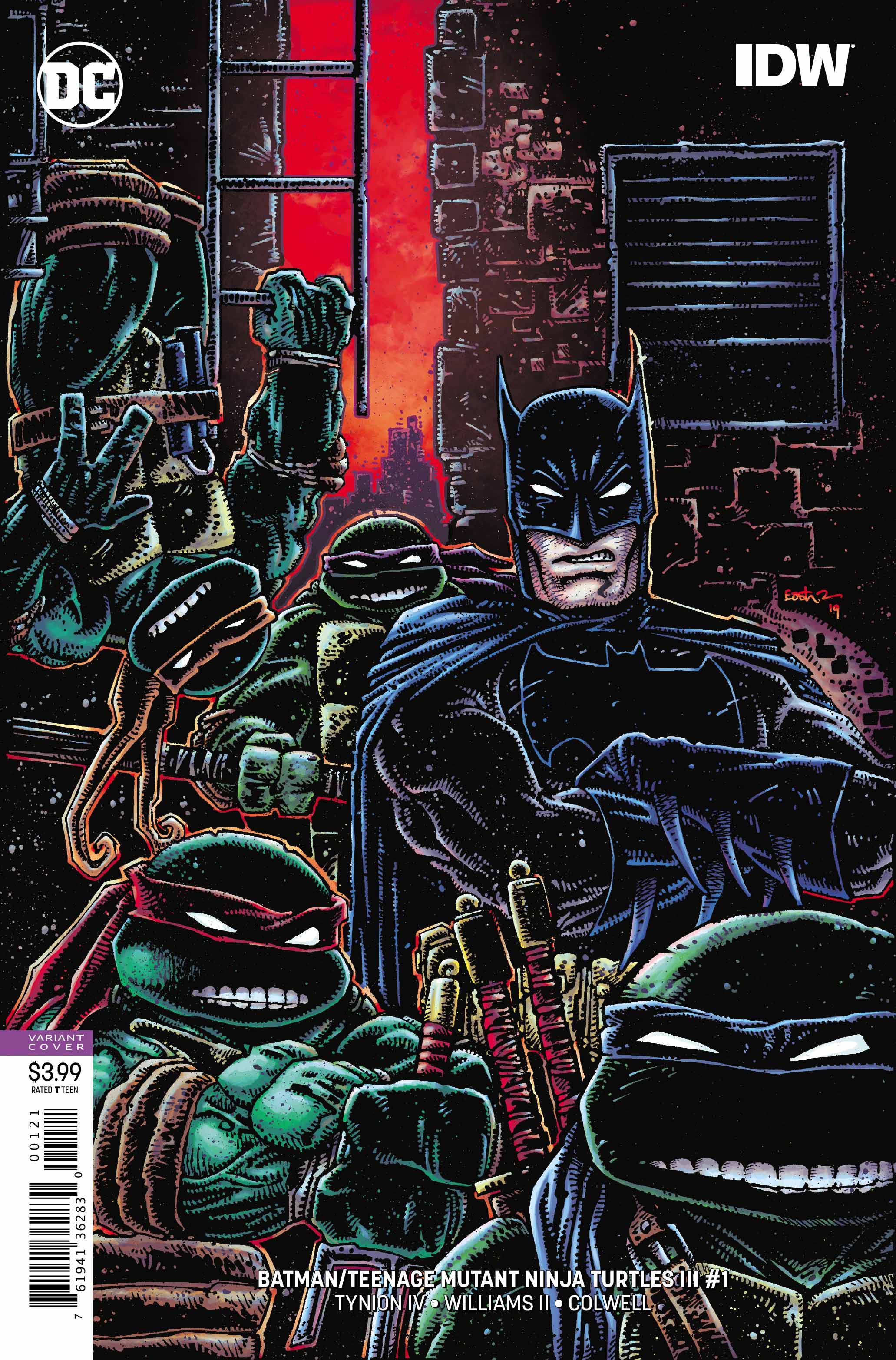 I'm a Batman fan. I know that seems like a no-brainer, but sometimes people follow a role because they feel like they have to, not because it’s something they’re passionate about, or even really want to do. It’s no secret to anyone who’s read my work on this website that I am a huge Batman fan myself. What may not be as apparent though, is that I also love the Teenage Mutant Ninja Turtles. Big time.
I narrowly missed out on reviewing the first two Batman/TMNT mini-series, but was fortunate enough to read and review the wonderful Batman/TMNT Adventures trade paperback collection (and interview its author, Matthew K. Manning). This book collected a separate, but every bit as awesome, crossover, made in the style of Batman: The Animated Series. So, as you can imagine, I’m very, VERY happy to read and review the third part of James Tynion IV and Freddie Williams’ trilogy.

The first issue has left me begging for more. As someone who grew up with Kevin Eastman and Peter Laird’s original Black & White Teenage Mutant Ninja Turtles comics, this series feels like a homecoming of sorts. I also own original copies of DC’s Crisis On Infinite Earths, back from when it was first released, and this series is as true to that groundbreaking storyline as it is to the Turtles’ own. “Crisis In A Half Shell” is set in a world where Batman’s continuity and that of the turtles are one. Yes, you read that right, and the spoilers end there. If you saw our recent article with a sneak peek at the character designs for this series, then you must have had questions. Some of them are answered the second you open this comic.
If you thought that parts I and II were cosmic and messed up, you ain’t seen nothing yet! A Cobra Joker, hyena Harley and a penguin… Penguin, are tame by comparison. The final two pages of this issue will leave you reeling, I promise. 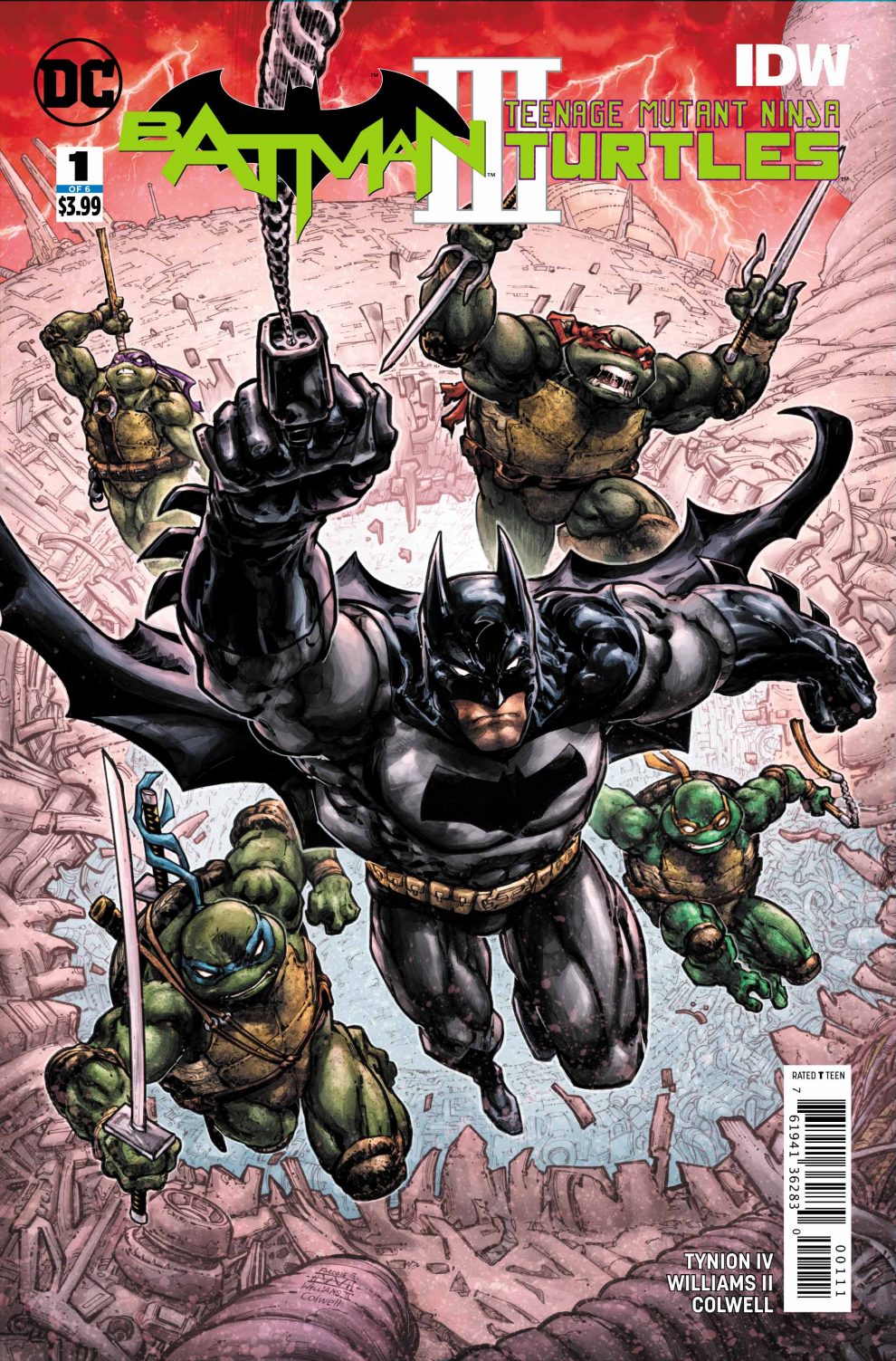 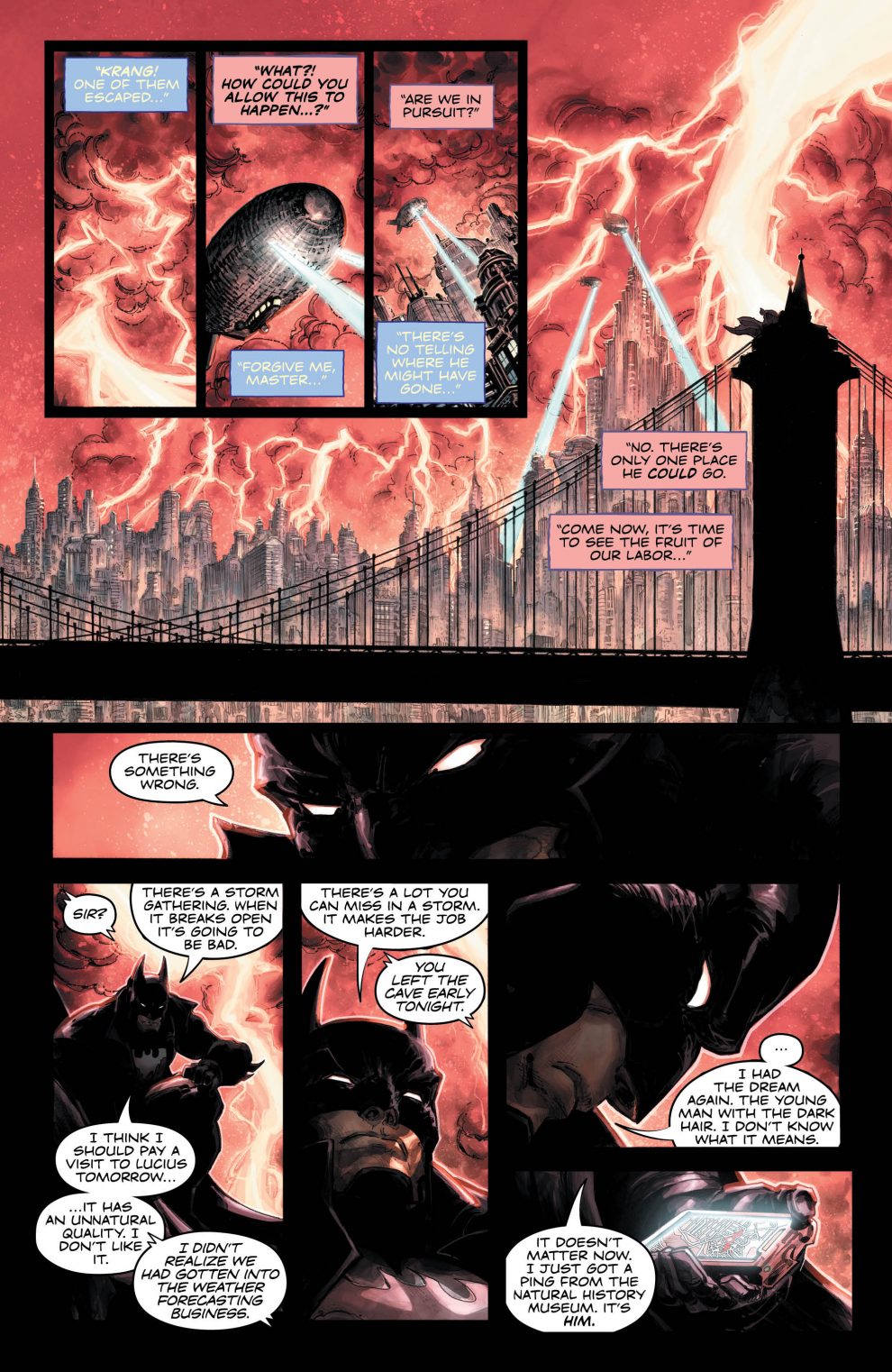 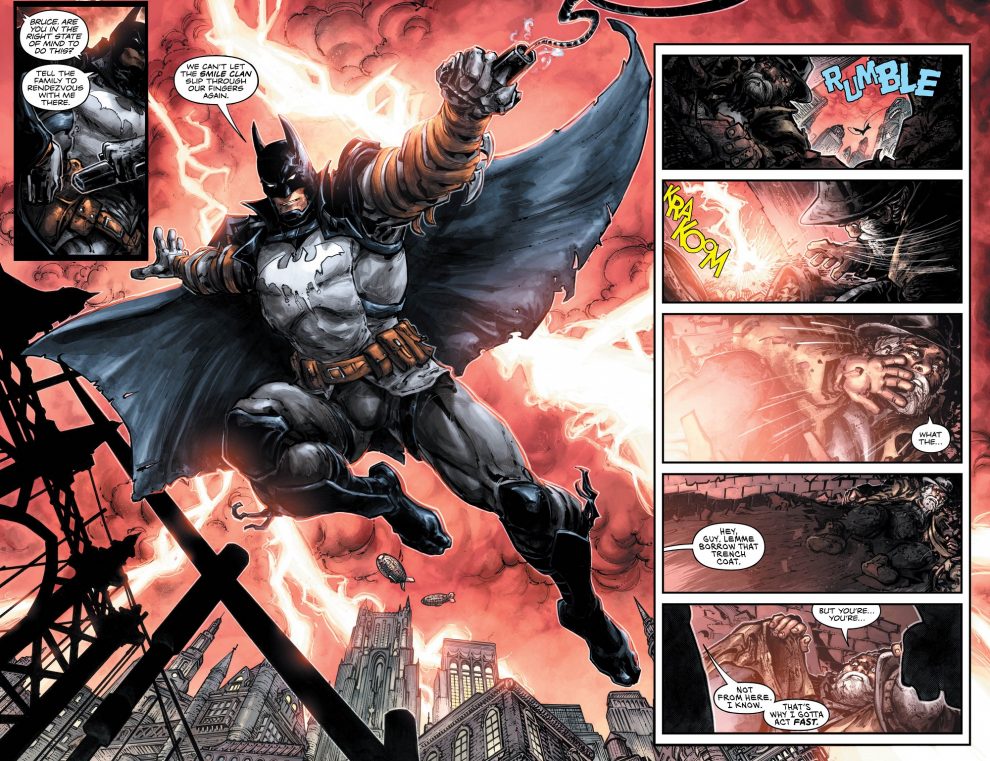 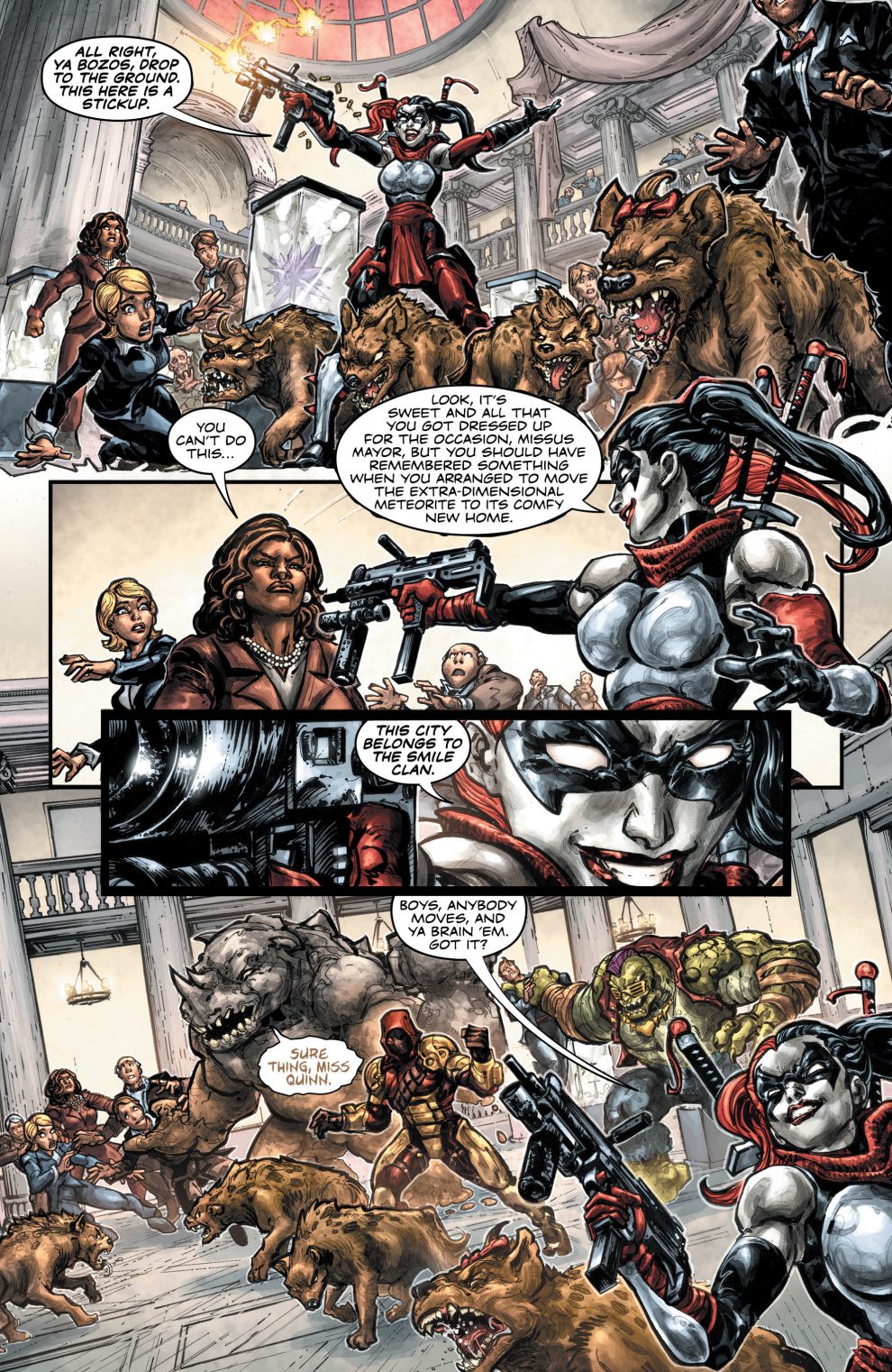 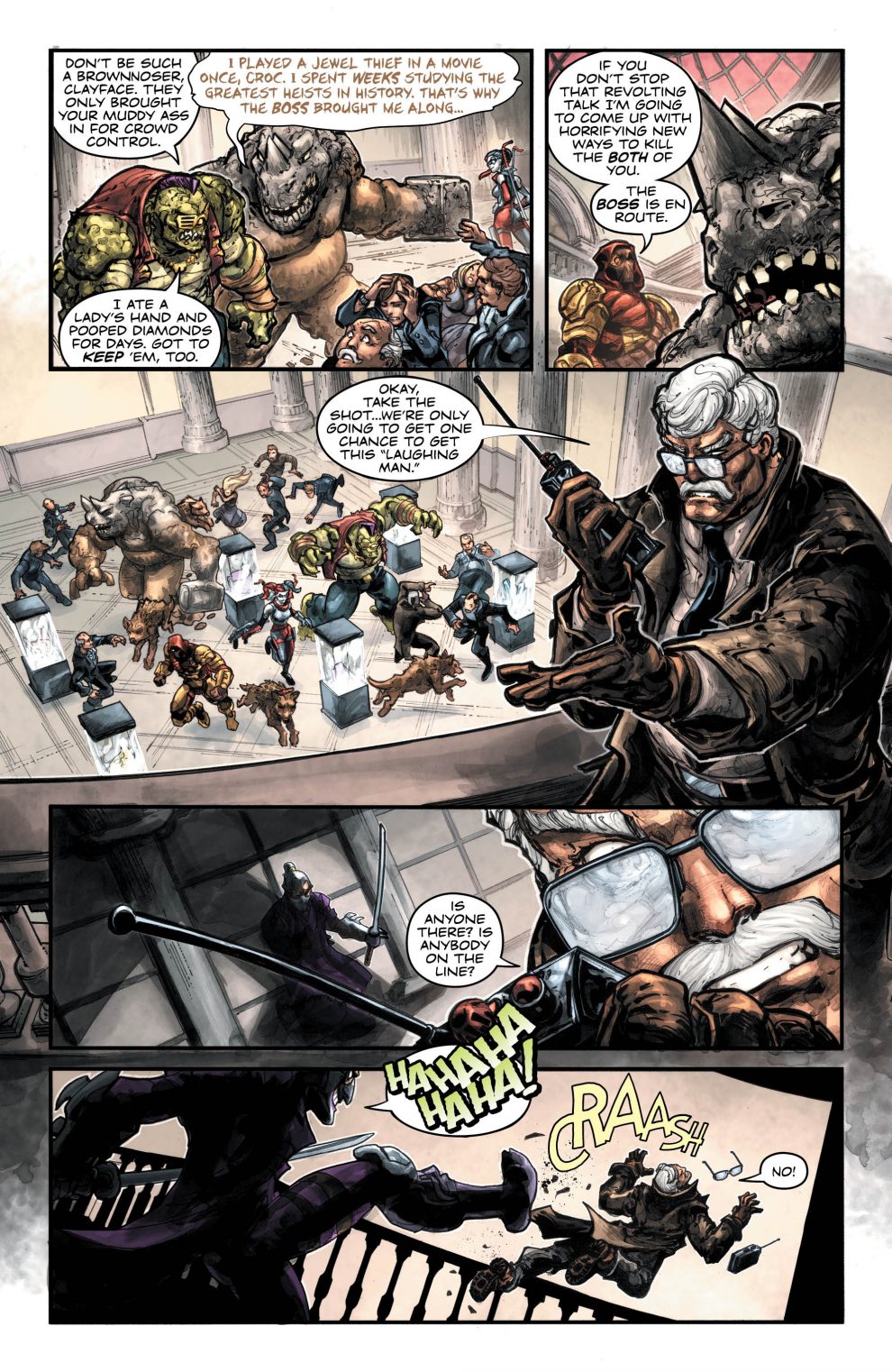 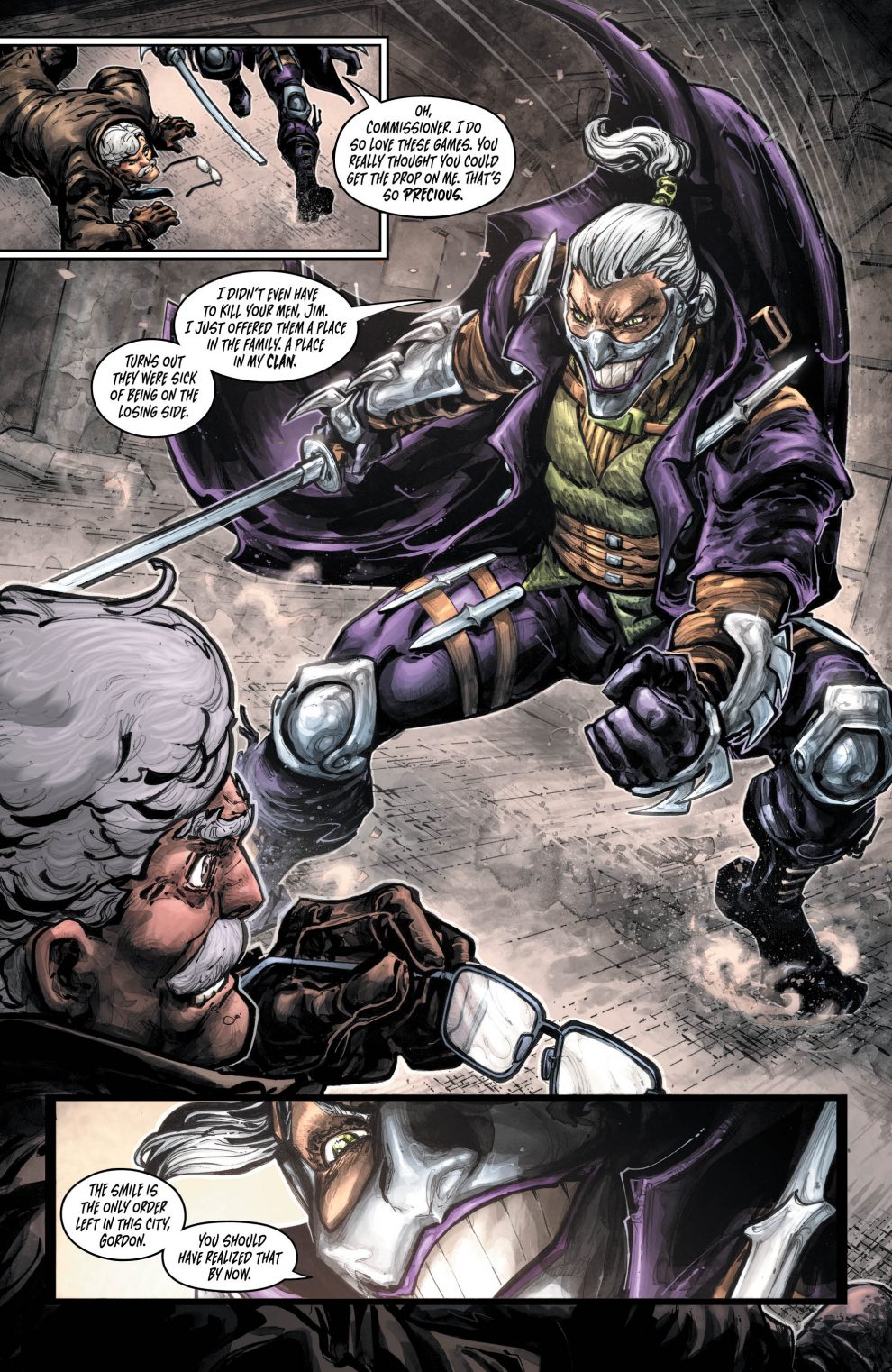 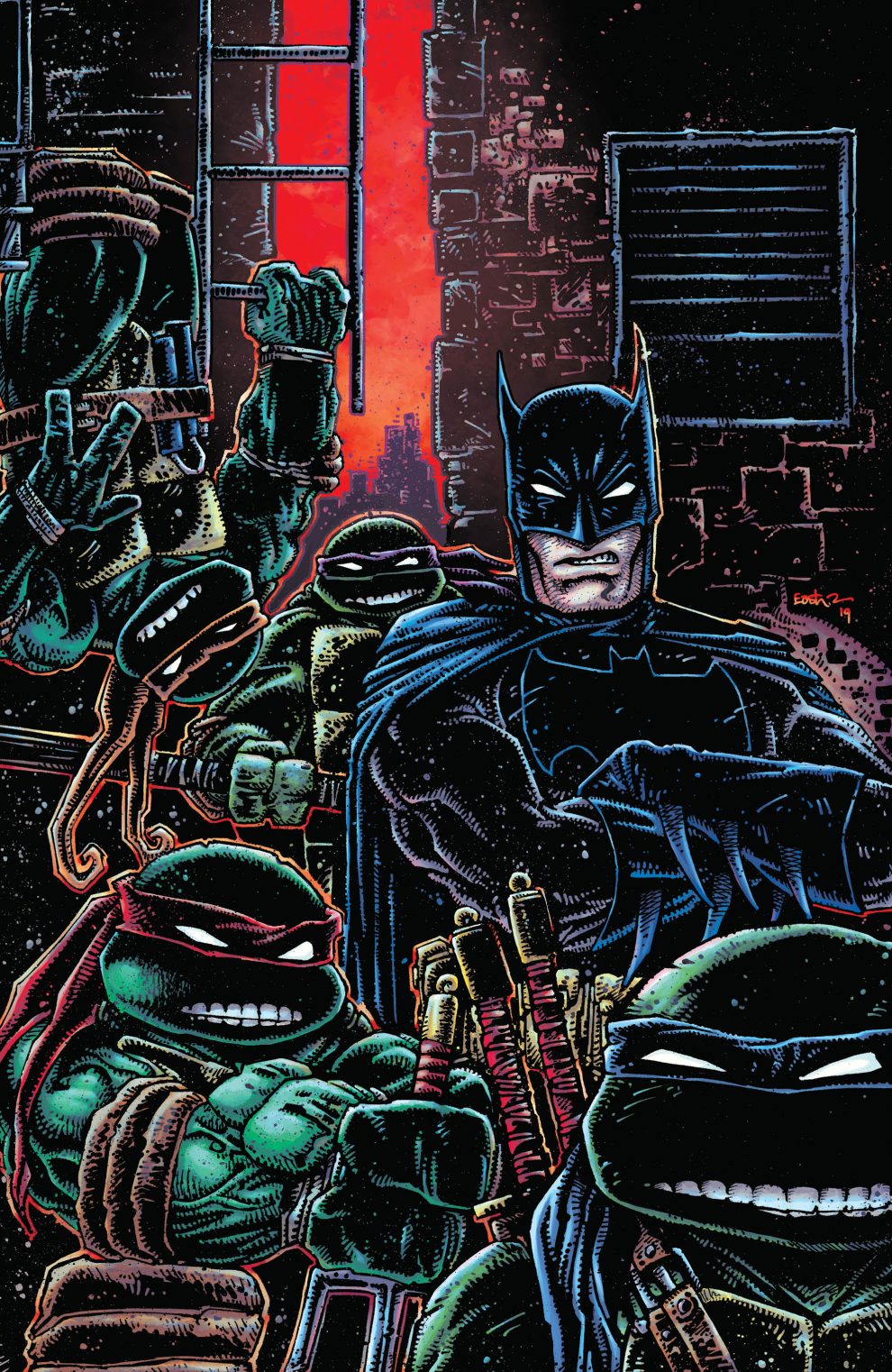 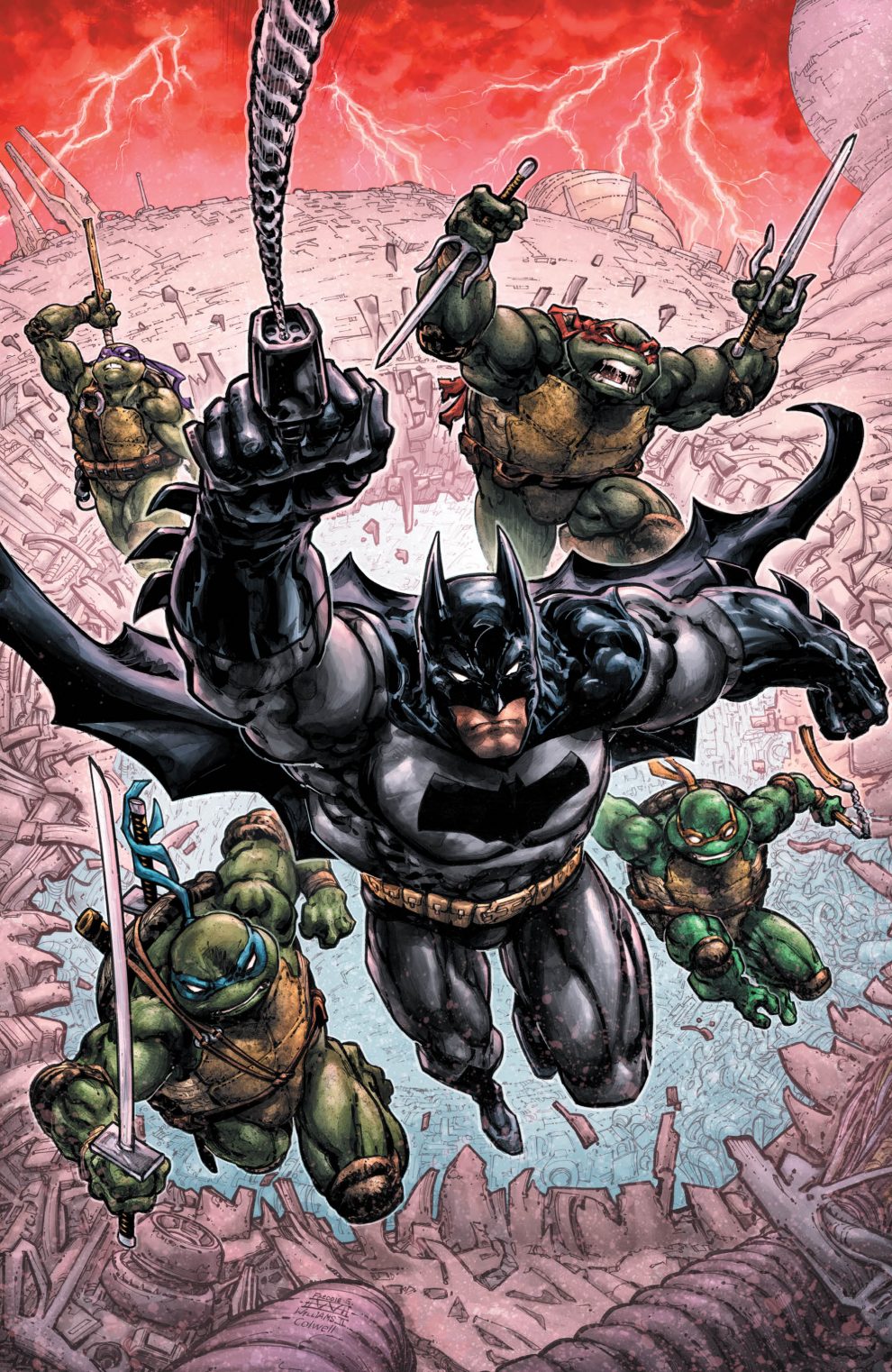 The script is tight, mysterious and action packed, and the art more than measures up. I’m so glad that the entire creative team from Batman/TMNT I and II has come together to complete the trilogy. The art of Freddie Williams II has always been ultra cool, but I think that he just gets better and better with every project. The fact that he’s working with the legendary Kevin Eastman makes this mini-series pure gold.
Veteran letterer Tom Napolitano is also back and working his retro magic. For anyone else into comics from the 80s and 90s his logo for this issue’s title will bring back fond memories. Color artist Jeremy Colwell is also on great form; red skies, lightning, glowing monitors and the flash of steel… this guy makes it all leap off the page.

Fans of the first two series, and the Batman/TMNT Adventures book, are in for a treat. Expect everything you loved from the stories that came before, with a touch of multiversal mayhem thrown in for good measure. If the next five issues are half as good as this one, I may have to lock myself in the house, put my local Pizza delivery company on speed-dial and just sit at home reading comics and munching on pepperoni perfection all day long.
Cowabunga!