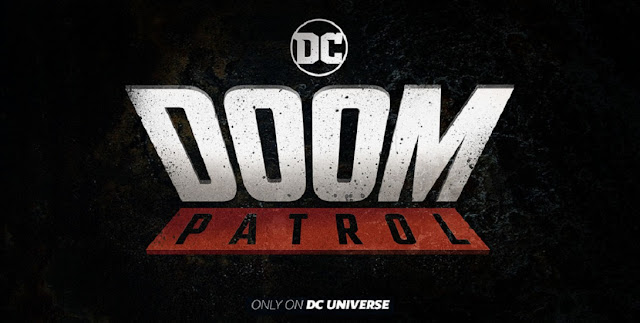 
Director: Rebecca Rodriguez
Writer: Chris Dingess
Starring: Diane Guerrero, April Bowlby, Joivan Wade, Matt Bomer, Brendan Fraser, Alan Tudyk, Timothy Dalton, Devan Chandler Long, Phil Morris, Tommy Snider, Julie McNiven, and Victoria Blade. With Riley Shanahan and Matthew Zuk.
Review by Steve J. Ray
Wow. Every episode of this series is excellent, but this one was pant wettingly good. We got to see old friends, learn secret origins and experience comic-book action like you wouldn't believe. The addition of Flex Mentallo to the cast really made everyone come together in a penultimate episode that I'm sure will lead to an incredible climax next week. 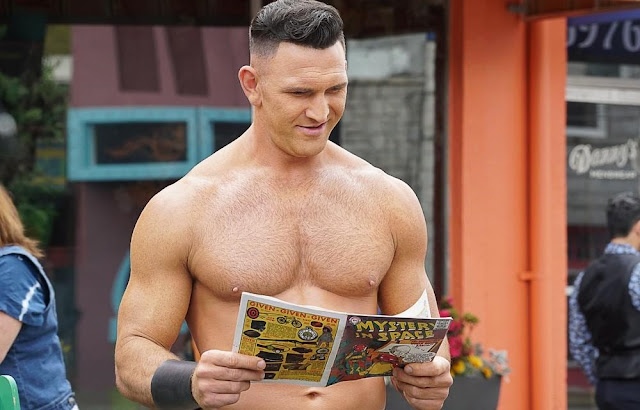 Anyone who knows anything about me knows that I adore comics. Horror, sci-fi, Fantasy, American, European, British, colour, black and white... I love them all. This episode digs into the truth about comics; reading between the lines and looking beyond the words and pictures.

Doom Patrol is beyond crazy and surreal, but it's made in a way that helps us learn, cope with and understand the crazy in our own lives. This fun-house mirror of a T.V. show has helped it's cast of misfits grow into better people, and has further opened my eyes as to what constitutes "Normal"... if such a thing even exists. Beyond even that, it demonstrates - in a fun and non-preachy way - that everyone has their own view of what "Normal" should be. No-one has the right to impose their own versions over and above anyone else's. 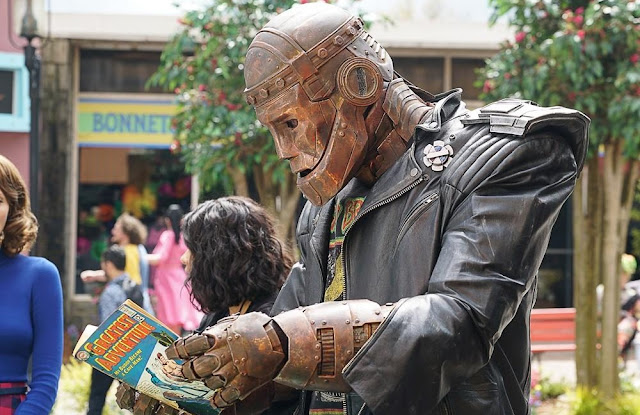 Beard Hunters, men of muscle mystery, multiple personalities and brains in metal casings. Rita, Larry, Cliff, Jane and Victor have all been locked in prisons, be they physical, emotional or mental, with this entire show being about them escaping these jails... whether imagined or otherwise. The parallel arc of freeing the Chief from the clutches of Mr. Nobody has been brilliantly written and dramatised.

The layers and complexities of this show are cleverly disguised by the comedy and insanity. Satire can often be cynical, but this series shows us the truth in ways that are so much fun. As unreal as the characters and situations in this show are, I dare you to find a more human, real and human cast of characters anywhere else. 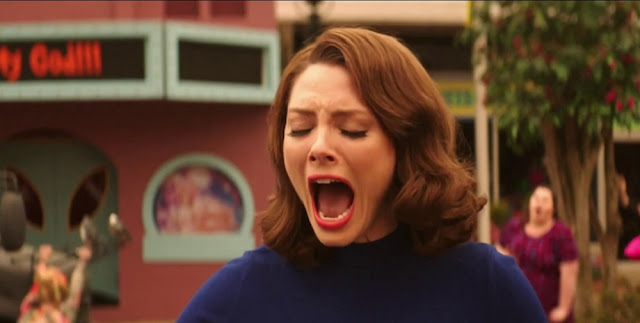 Everyone shone this week. Hero, villain, love interest, Street... all of them. The cast of actors delivered incredible performances throughout. I smiled from ear to ear when our heroes came together on Danny The Street, felt sorrow and heartache at the situation between Victor and Silas Stone, and punched the air when our heroes made some truly heroic decisions. April Bowlby's Rita and Diane Guerrero's Jane(s) in particular had some great standout moments.

This show is as well written, lavishly produced, beautifully directed and brilliantly acted as anyone could ever wish for. The final scenes blew my mind, and the revelations delivered cast new light on both Mr. Nobody and Niles Caulder.

Stock up on wipes and tissues, because I think that things are going to get messy.