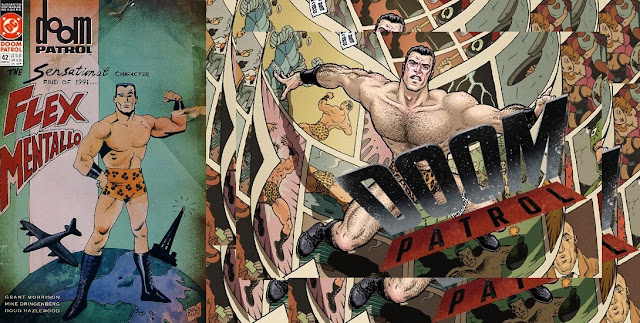 Remember that comic book Vic and Rita were looking at in episode 10? The one where the a figure was missing from one of the pages? Remember prisoner 722 from last week?
Do you see where I'm going with this?

Yes folks, this week sees the T.V. debut of Flex Mentallo, The Man Of Muscle Mystery" and the fourth wall gets broken like plates at a Greek wedding. 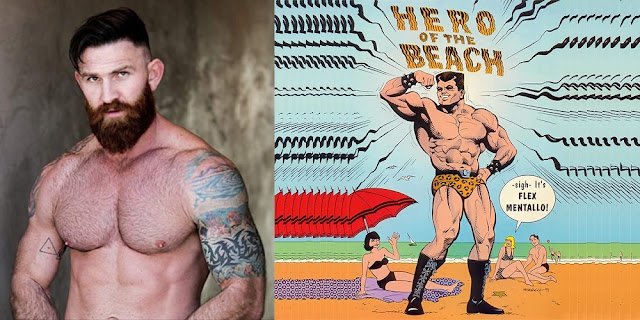 Tussle With The Muscle

Devan Chandler Long as Flex is one of the best examples of T.V. casting EVER. Not only is he ripped and chiselled, he exudes the warmth charm and all round wholesomeness that this character demands. If any character exemplifies honour, manliness and mom's apple pie, it's this fella.

Last week; Cliff, Rita, Jane, and Larry saved Cyborg from the clutches of the Bureau Of Normalcy, leaving chaos and devastation in their wake. Not only did they release all the evil organisation's prisoners, including the munching butts, they unwittingly found just the character they were looking for in inmate 722.

This week we learn the tragic story of a hero torn from his wife, his home and his time, and now all the pieces for the endgame (eat your hearts out, Avengers) are in play. 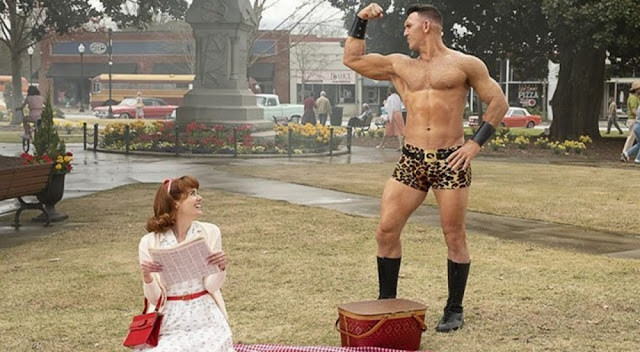 Ripped From The Page

With only two episodes left in this season the quest to rescue the chief is reaching its climax. After almost killing his father Cyborg has been removed from the board, leaving only Elasti-Woman, Robot Man, Crazy Jane and Negative Man to continue the mission.

How will Flex fit in with their plans? Will he even be able to, after the shocking events of this episode? Time will tell. The one thing that's certain is that this ain't no day-time soap opera and shiz just got (sur)real!

Every piece of casting, every character and every scenario feels like it got ripped of the comics page and placed on the screen. This show's bonkers brilliance continues unabated, whether Mr. Nobody likes it or not. 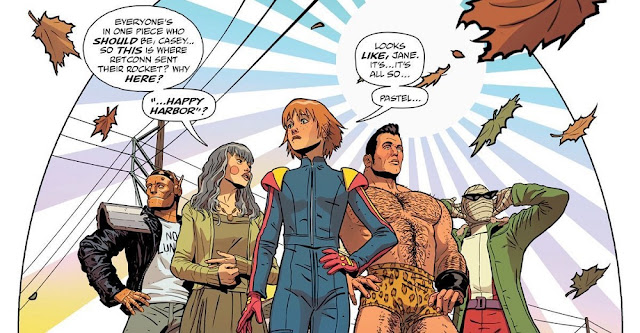 This episode delivered more than muscles and mayhem: The truth behind Larry and Rebis' symbiosis was revealed, a number of Jane's personas reached an understanding, Cliff swore repeatedly and Rita got advice from a former president of the screen actor's guild. Yes... that happened.

Mr. Nobody is waiting and I'm invested like a vault full of premium bonds. I love this series; I'll buy the books, the posters, towels and baseball caps. It's so much more than just another superhero show.