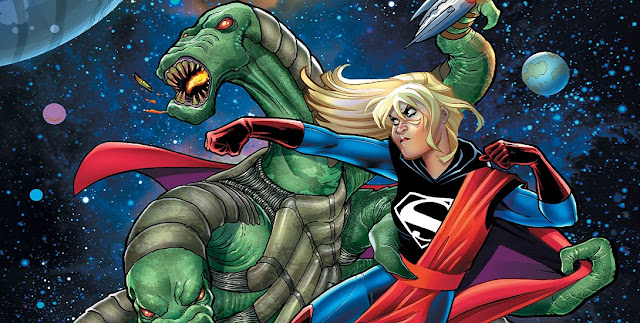 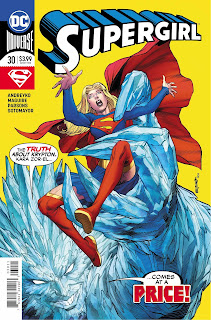 The truth comes out following the unexpected arrival witnessed in issue #29. Supergirl learns another detail about the forces that destroyed Krypton so many years ago and we see her fight a force from her distant past. In addition, we see the Girl Of Steel handle her emotions creatively. We’ve all seen her growing anger develop in the passing issues, and this time we this side of herself openly talked about and handled. Cosmic space battles mixed with emotional growth give us more depth than you’d normally expect from this title. 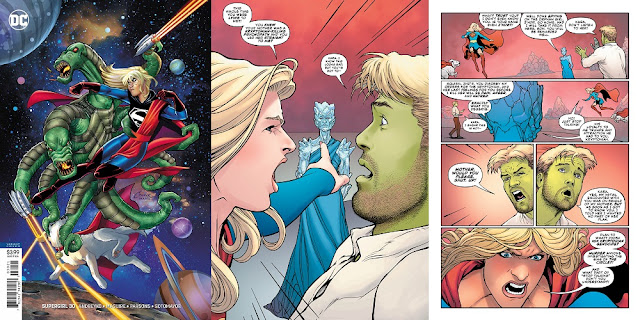 Positives
Like I said previously, this is a very layered issue. Until now, this was a fairly easygoing title. Sure the cosmic balance of very evil individuals destroying Krypton was on the line, but when is the Super family not involved with pure galactic evil? It’s this welcome new depth that we see Supergirl facing. The anger manifested literally, and her being able to deal with it, shows that the growth she’s undergone over the past few months is finally paying off. 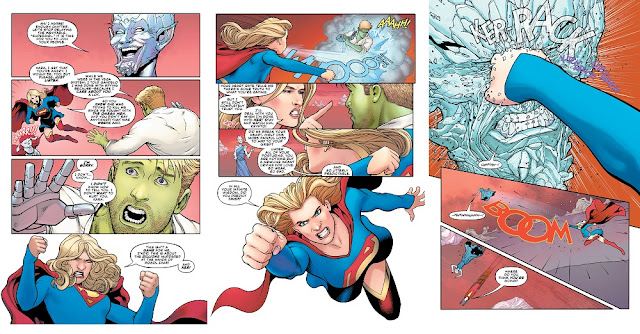 Negatives
While this progression is good, and the way she resolves to control her anger is a point of growth, I don’t know how well it came off. A dramatic turnabout in the issue worked as a wake up call, and Supergirl said, out loud, that she was done with her anger, despite her fractured trust for Zndr. I don’t know how well actually washes. Very few people say they’re done with a part of themselves and drop it immediately, that’s why New Year’s Resolutions fail. If we see her fly off the handle and work through it in a later issue, that’s different. Right now, it feels a little strange. 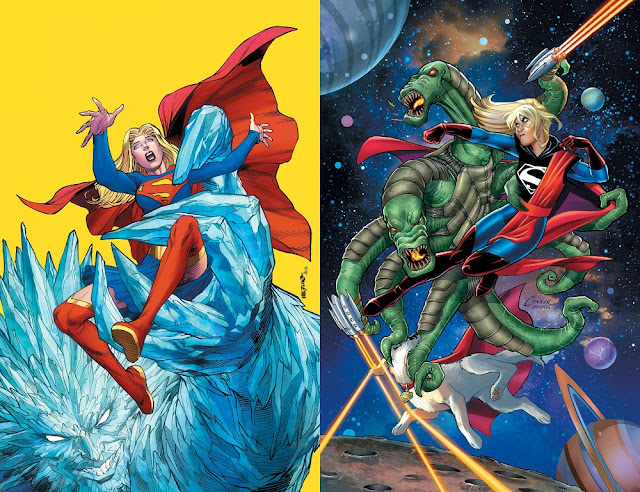 Verdict
My personal gripes aside, this issue had depth. With her allegiances all over the place, the title has been sent in a new direction. Supergirl's crusade to find the truth isn’t over and there's still so much that could happen. I’d pick this up to see the cosmic possibilities, if nothing else.