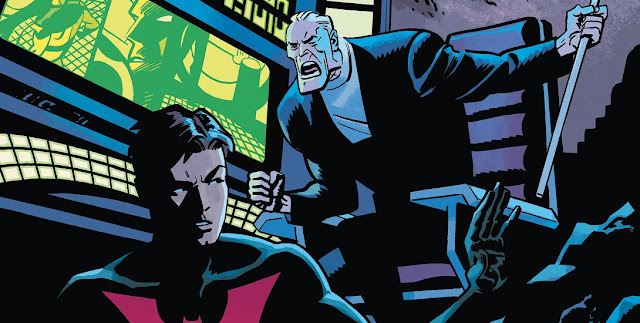 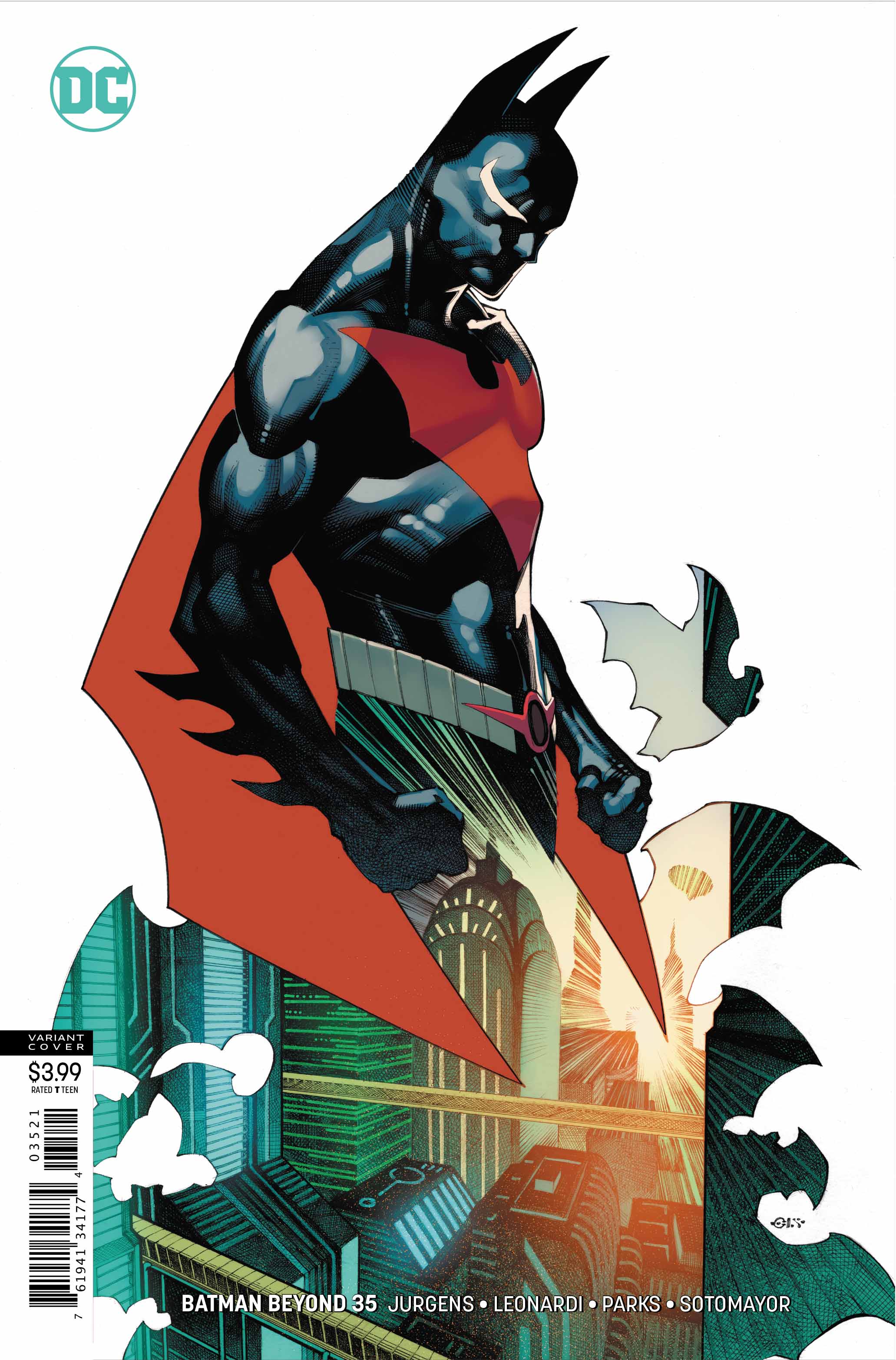 Dan Jurgens loses no time starting Batman Beyond #35 precisely where the previous issue’s conclusion left off. We see the two big bads of the current story together, with False Face, after having taken on Batman’s identity, entreating Split’s help. It works very well, leaving much up in the air.
There’s little that’s more scary than the hero speaking and acting in a monstrous way. We get this in spades this issue, but thankfully we get the reveal to the team in the cave, that Batman isn’t who he says he is.
This issue gives us the insight into the twins. We really see how they differ, from how they handle Batman’s ultimatum. In previous issues, we’d seen them fight Batman, so it’s not unreasonable for them to doubt him when he offers help. 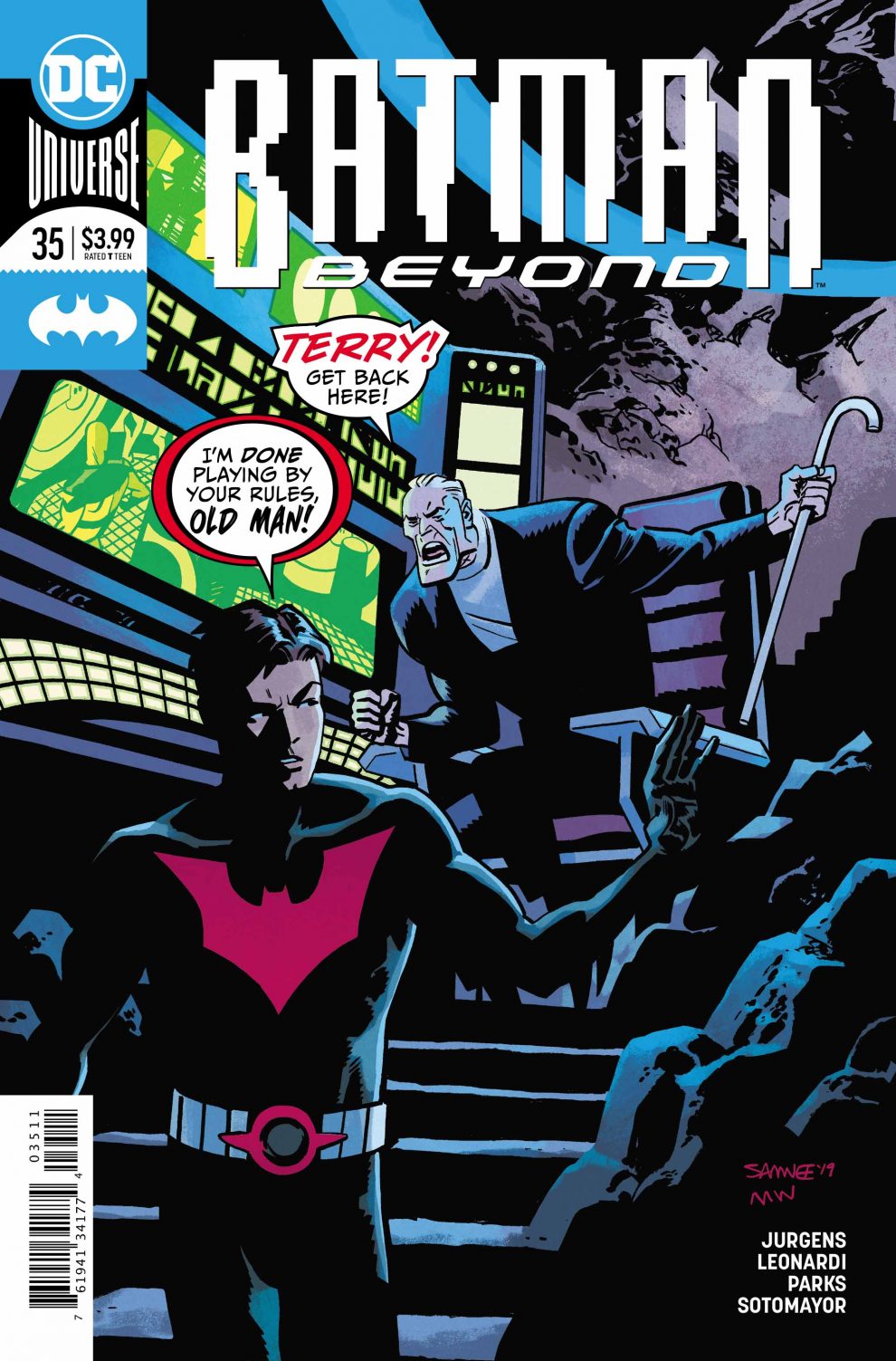 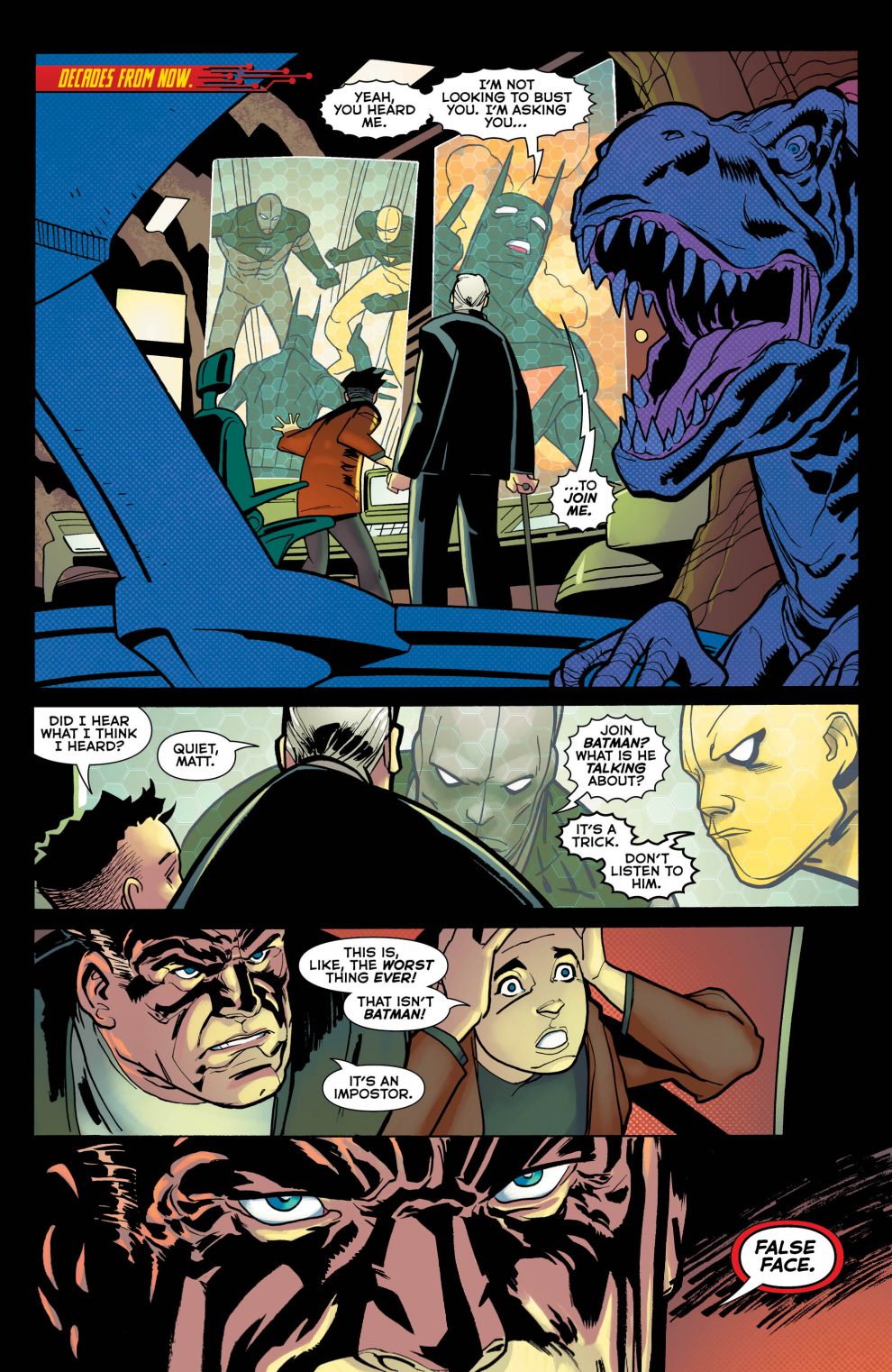 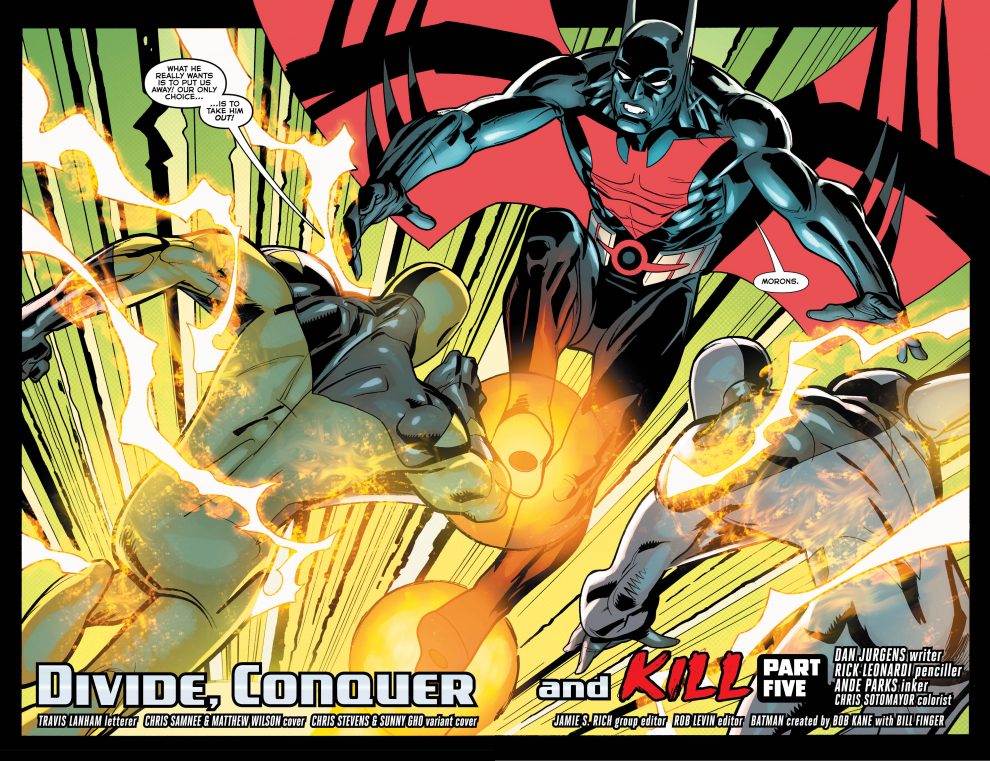 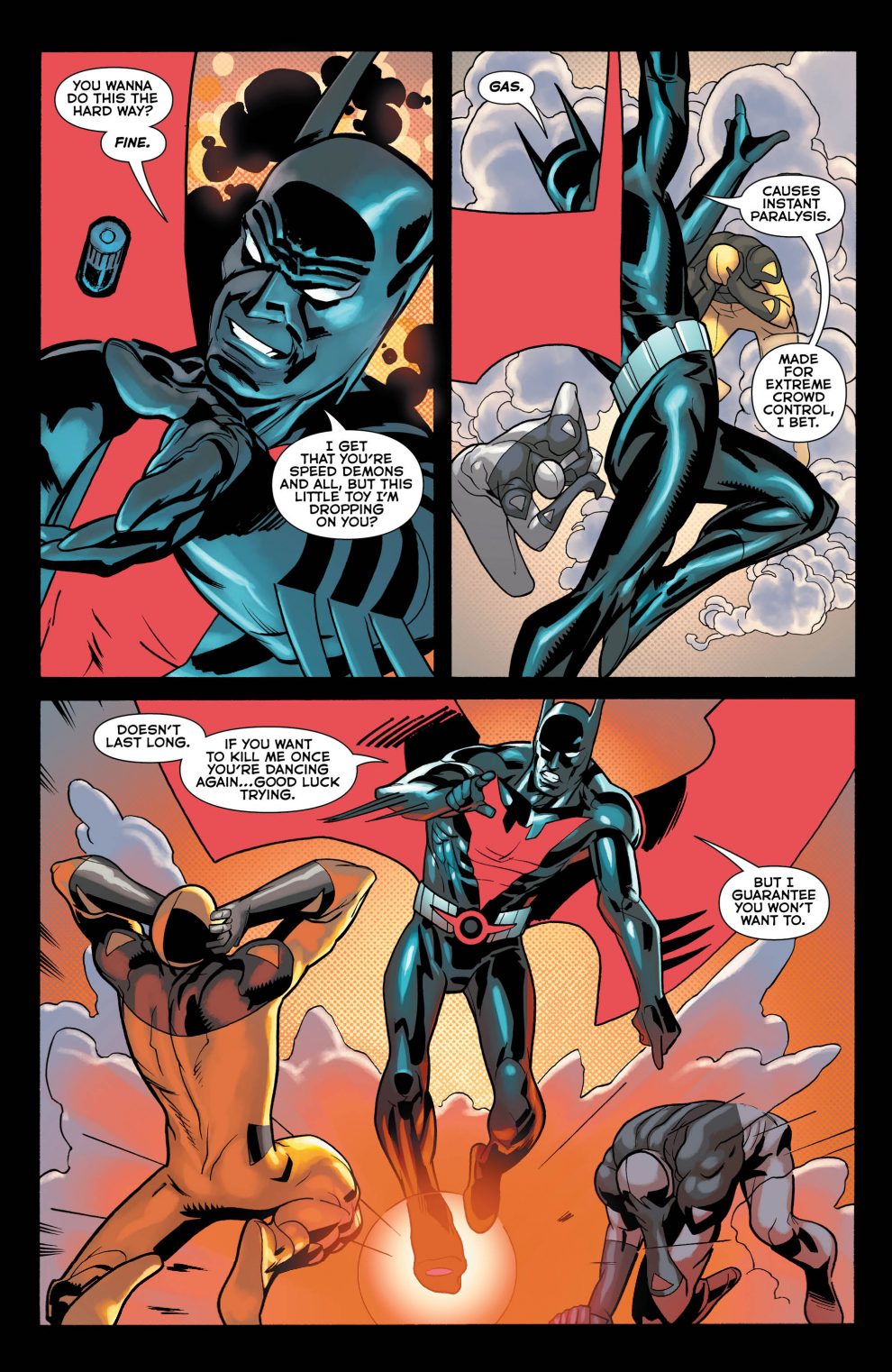 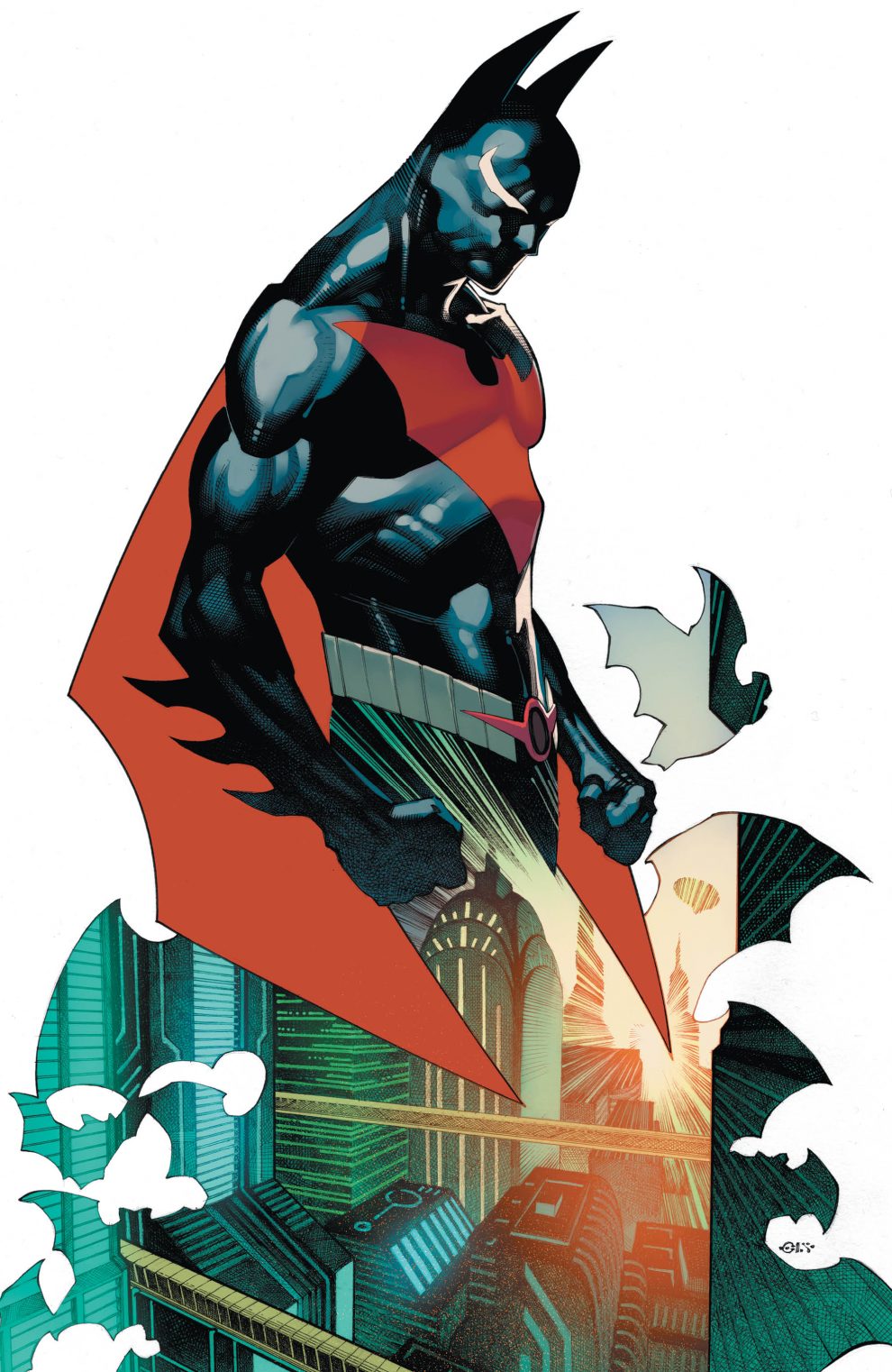 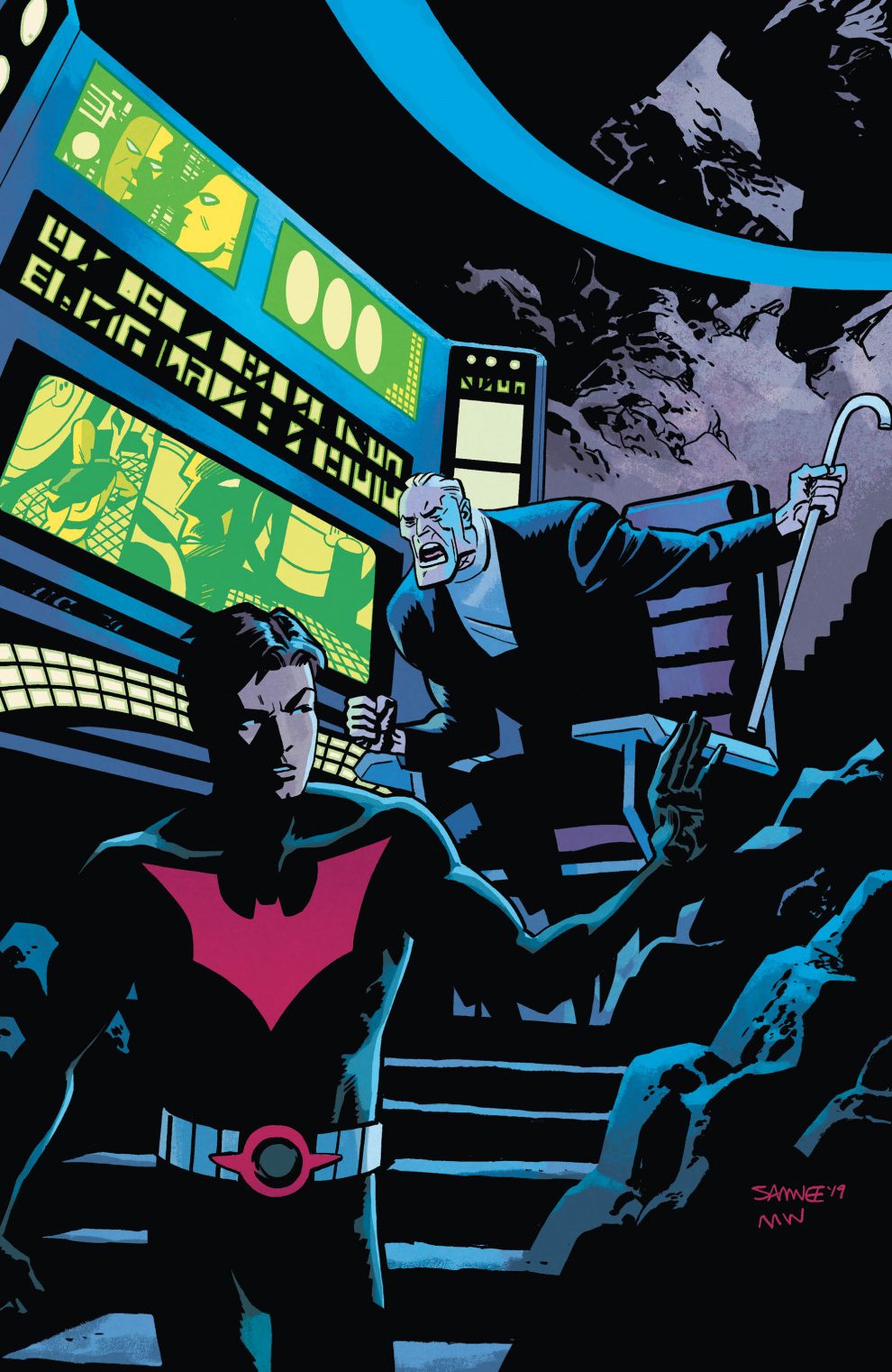 Batman Beyond is a unique title that gives deep dynamics between intense action and vibrant color in its scenes. Split moves in very bold ways, as is only natural for speedsters. Batman, whether Terry or False Face, looks grand and imposing. I deeply love how this issue handled the dip into the past we got for Split. The quick jumps between panels show how frantic the character’s past was, and the shocking reveal of how his speed powers are affecting him adds a level of sympathy for the villain.

Batman Beyond #35 pushes characters on the fringes, or plucks them from the recesses of this world’s past, and right into the forefront. The tension with two villains, and Bruce Wayne’s certainty of their plans, means two heroes are needed. We have much to look forward to as the current arc reaches a fever pitch in this installment.