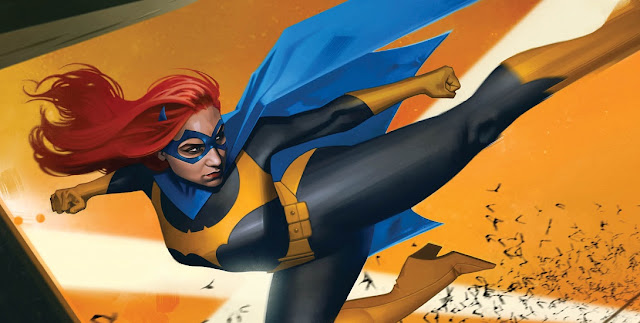 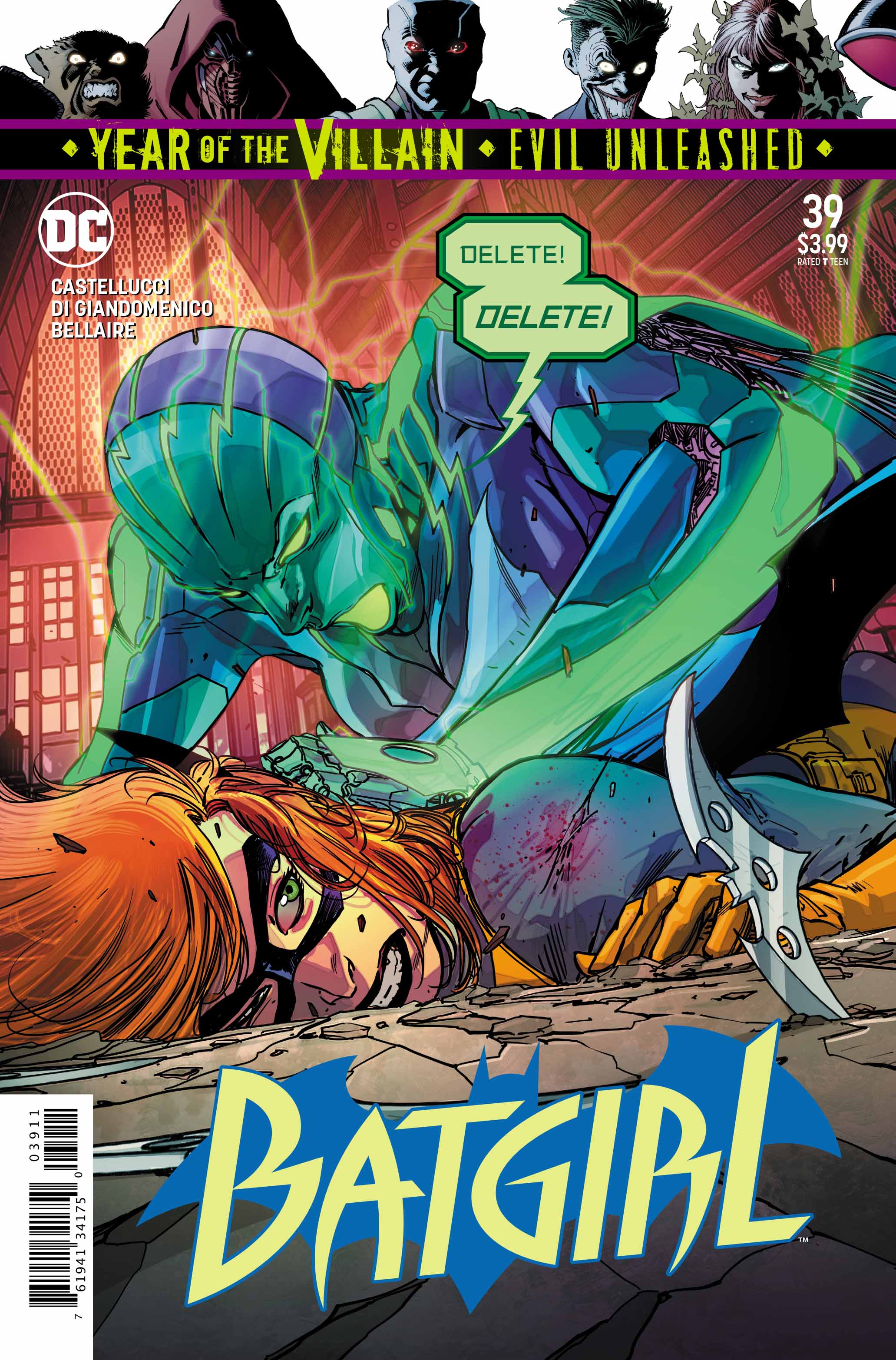 Review by Fay Clark
The last time we saw the fiery red-head in Batgirl #38 she was realising just how much trouble she was actually in. Barbara even invoked the name she used to use, planning to have Oracle figure out what was going on. Little did she know that the Oracle A.I. was planning her own reintroduction back into society, which she did with a burning passion in Batgirl #39.

We open this issue and get straight into the action. The way that writer Cecil Castellucci got me immediately involved with the storyline was great. There was an initial moment of confusion, then just when I thought I knew what was going on there was a reveal that spun me off course. That’s all within the first 5 pages of Batgirl #39. Castellucci went on to make a great issue. There were moments Batgirl’s voice was a little bit different that what we’re used to seeing, yet she still has the passion and drive we love to see from our red-headed heroine. There were some really nice civilian moments with Babs and Jason Bard wandering around Batgirl’s old stomping grounds. It was great to see more of Babs and her daily life. She even reached out to a few people we haven’t heard from in a while. 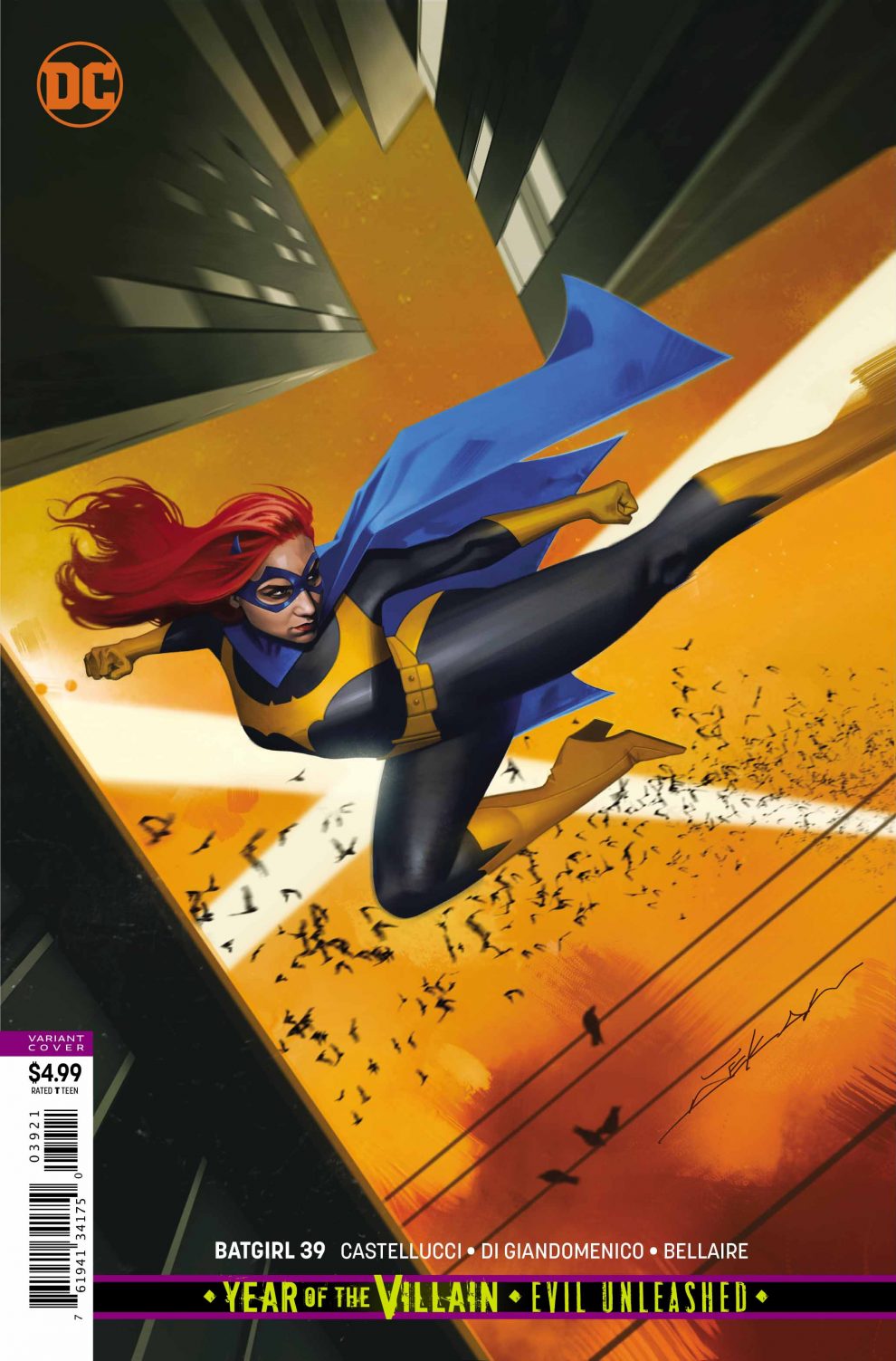 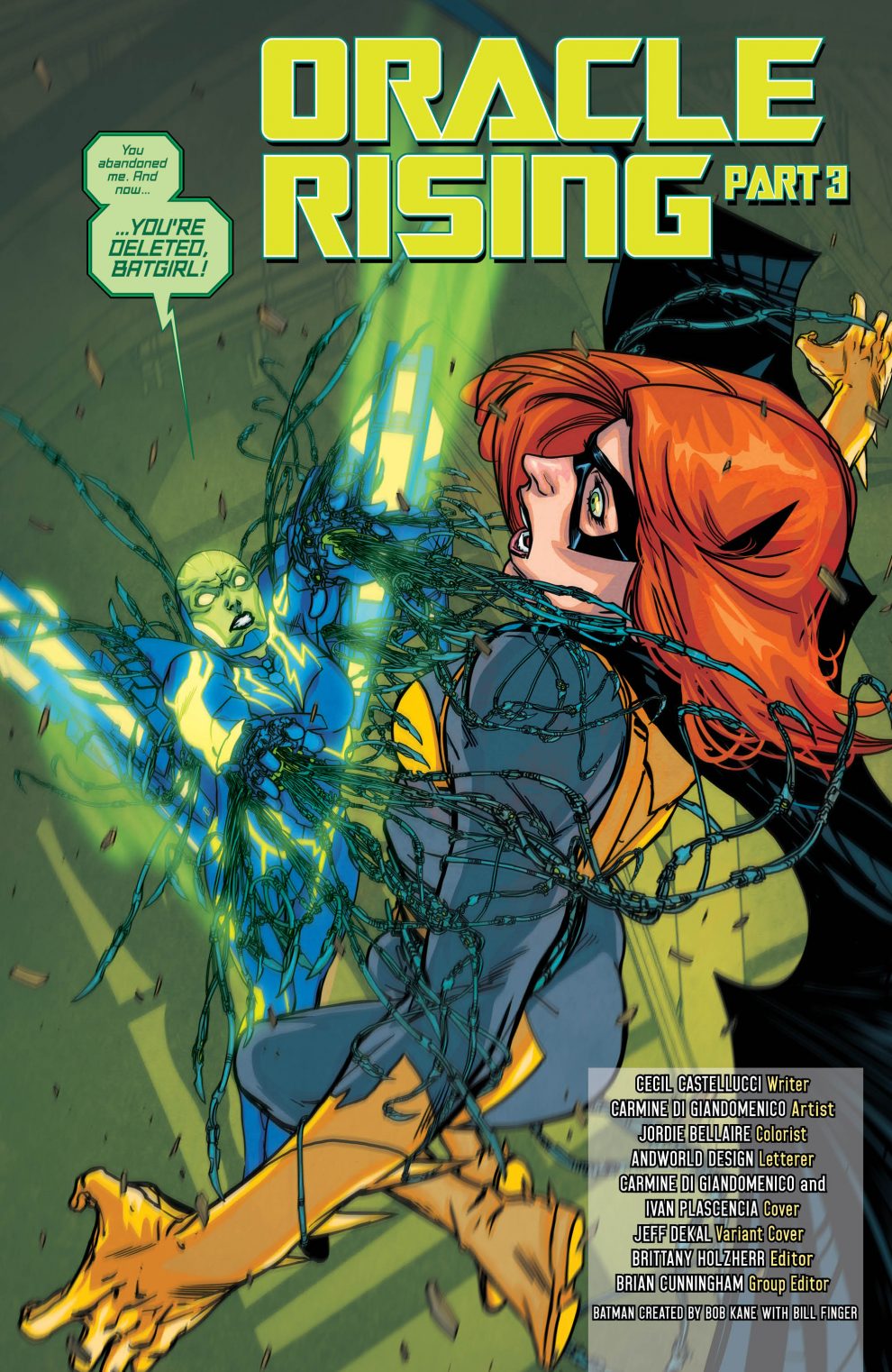 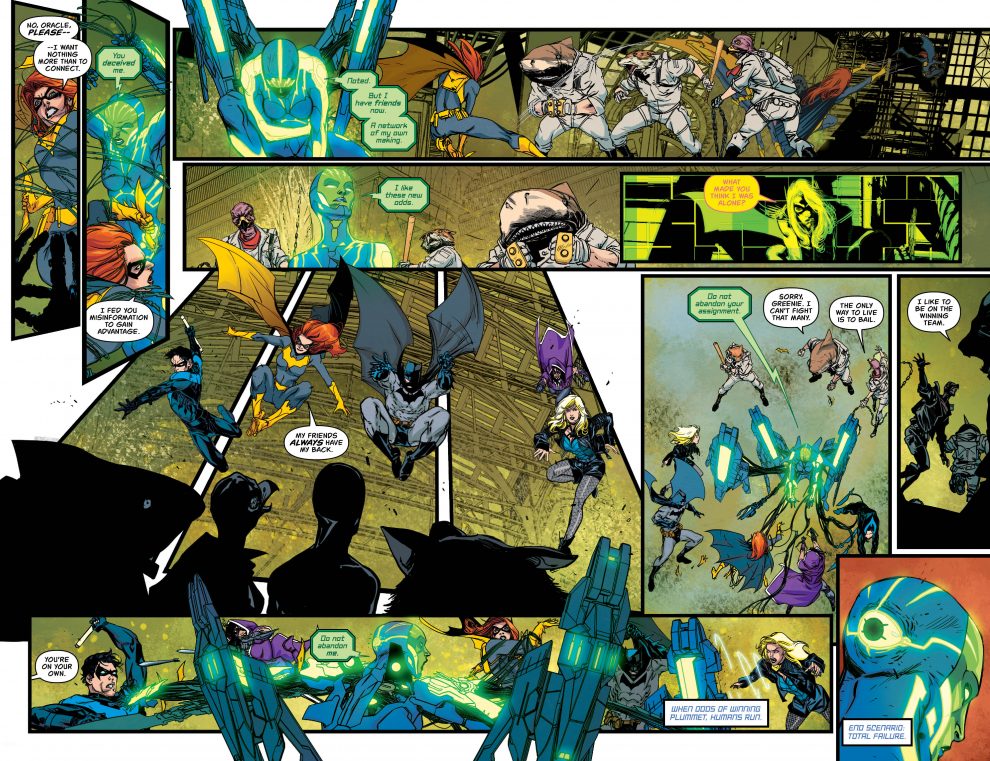 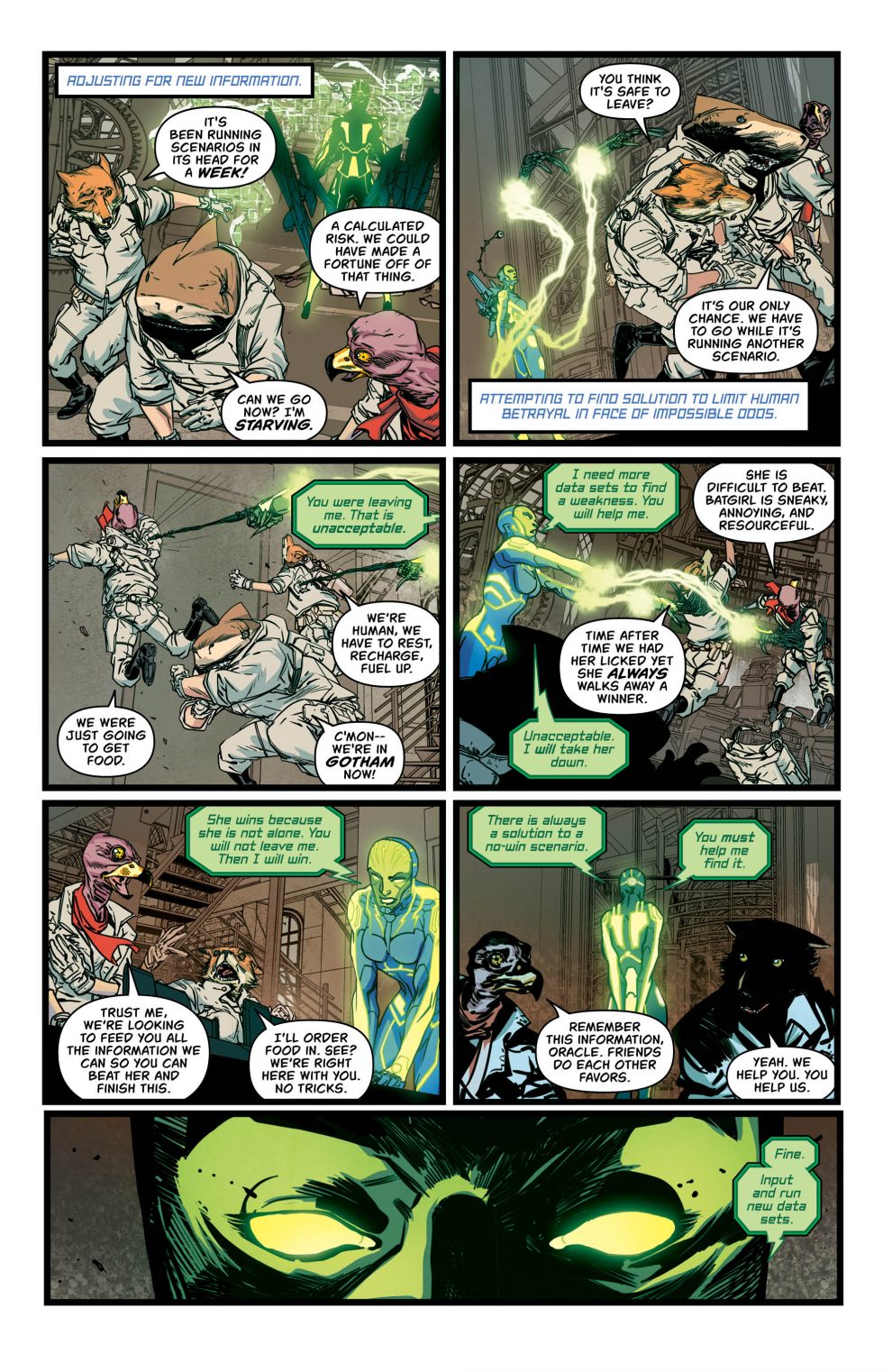 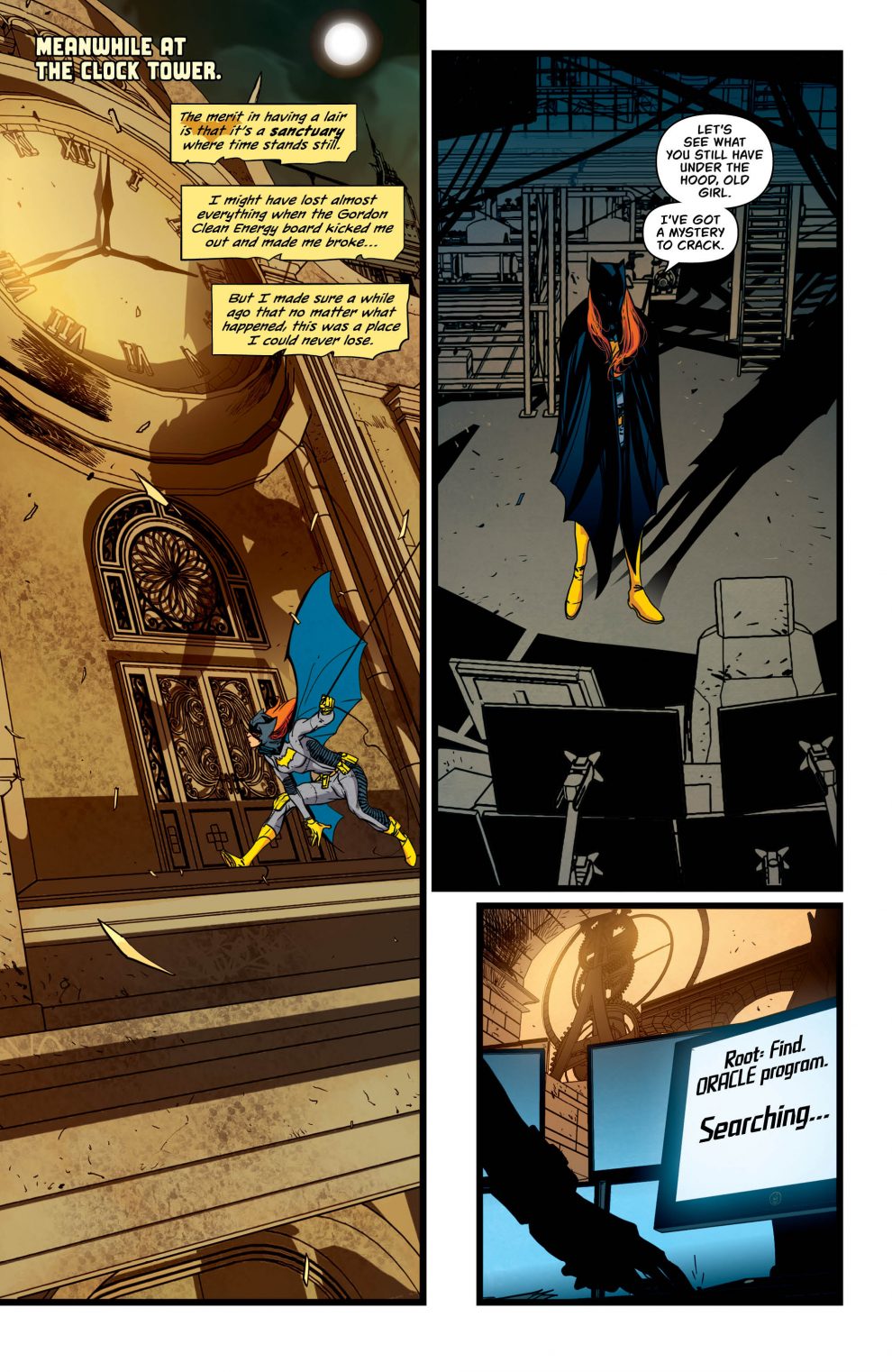 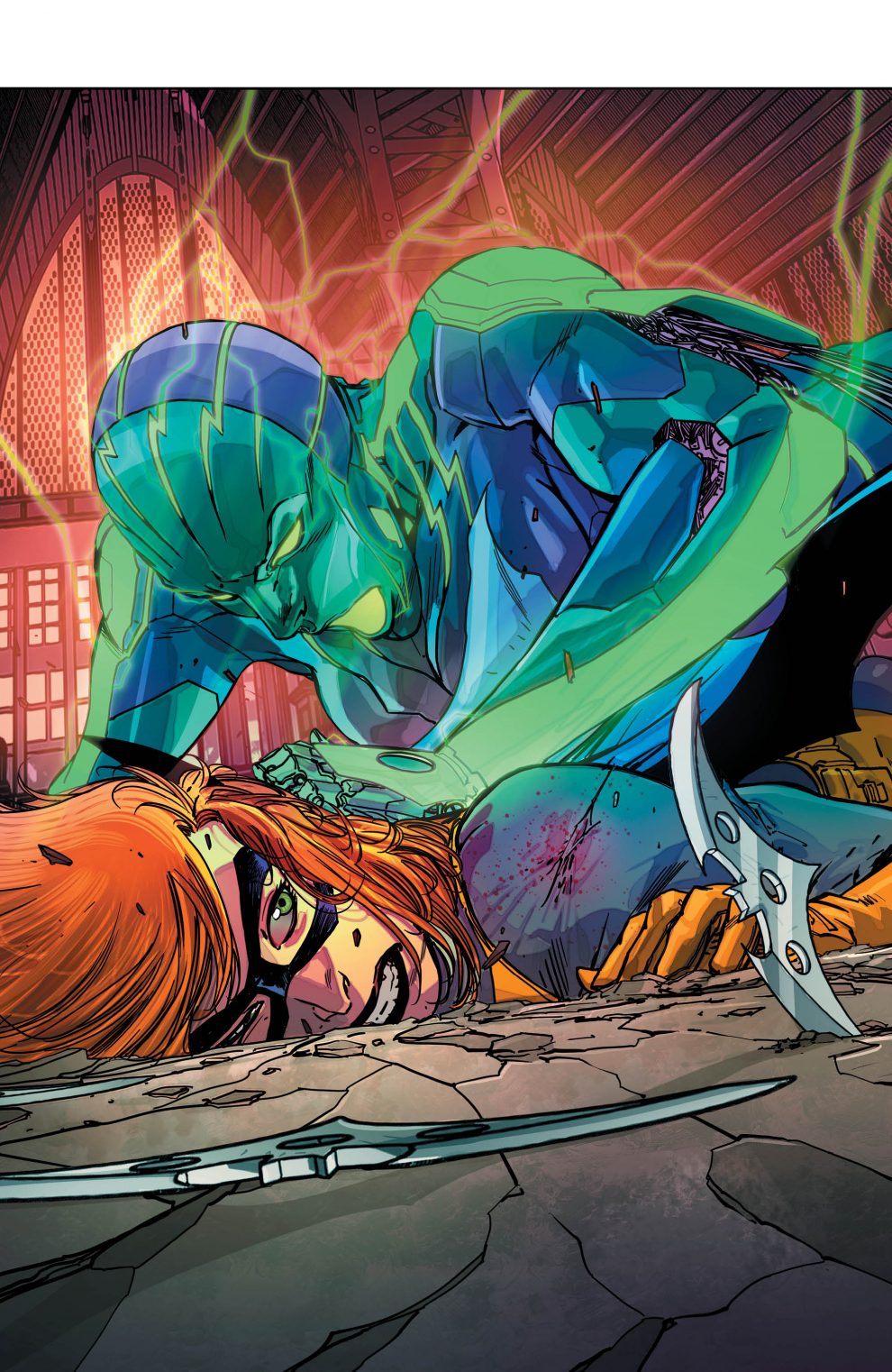 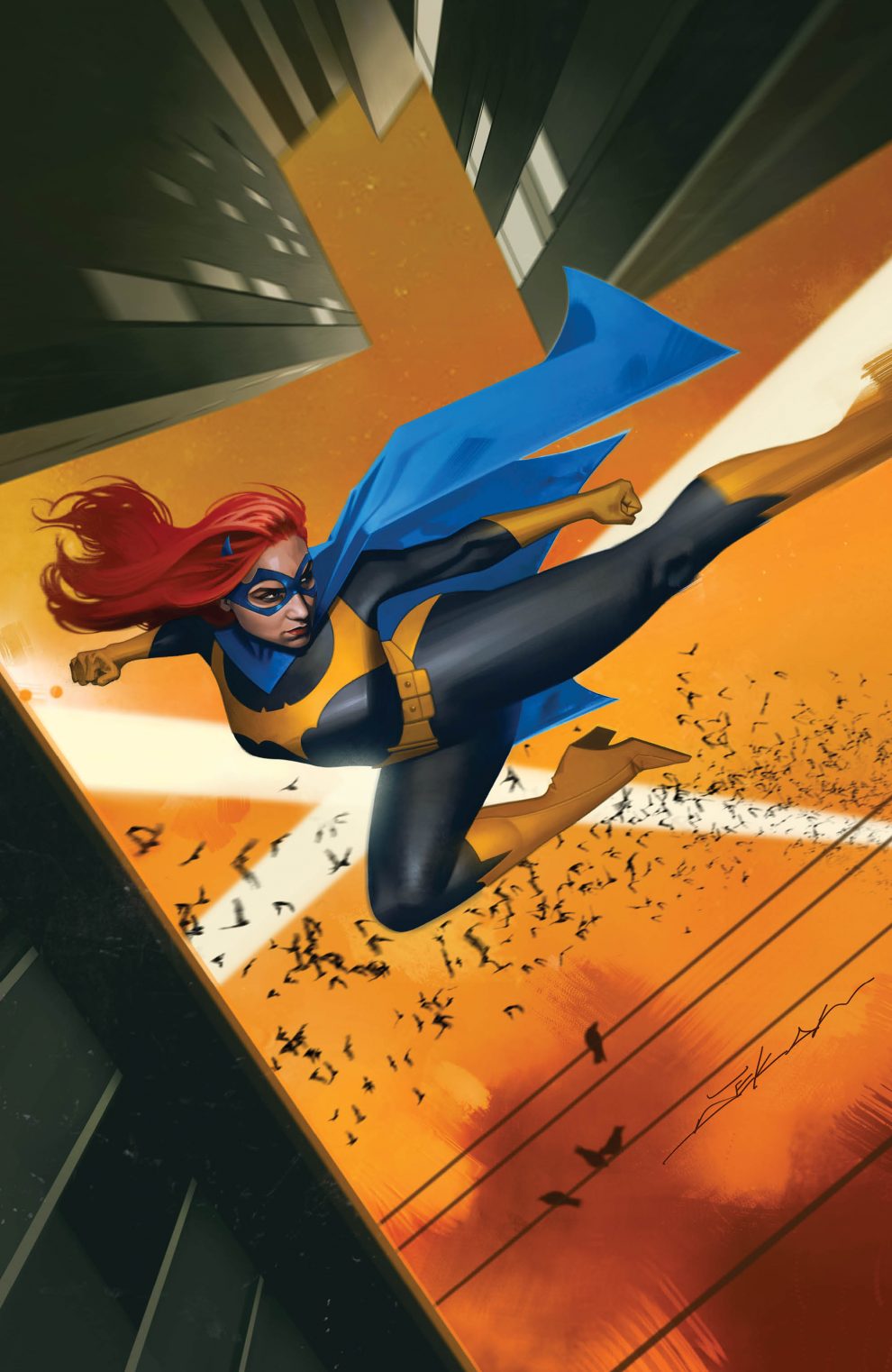 It’s very interesting to see what Castellucci is doing with Oracle, as there’s so much potential with the character, be it as a villain or otherwise. It’s almost like we get two stories for the price of one. We follow Batgirl/Barbara around and also get to see how the Terrible Trio are faring with their new friend.
We see some great work from our artists in this issue. It’s great to see Carmine Di Giandomenico and Jordie Bellaire working together and adding real life to these pages. The use of colour palettes to break up the story, so that we can easily tell which characters narrative we’re following is great. You can see the shift in the lighting and shadows used in certain panels that really bring extra emotion. It lets the viewer in on what they are thinking and how they want to play the game. Without having to be extremely obvious about it.

What an ending… it was outstanding! I really can’t wait to see how everything goes down in the next issue. Castellucci has really raised the stakes in Batgirl #39, let’s see what crazy things happen next month. Being able to see Babs relax a little bit more and hit the streets as herself rather than Batgirl was great. There seemed to be a little bit of a spark with a certain someone, so maybe that could come up at some point in the near future. There are so many different ways this arc could go, personally I’m rather interested to see what happens next.