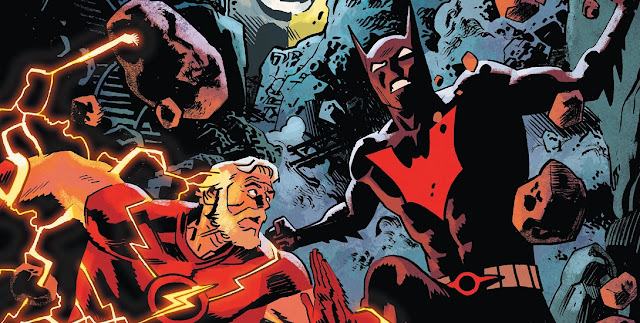 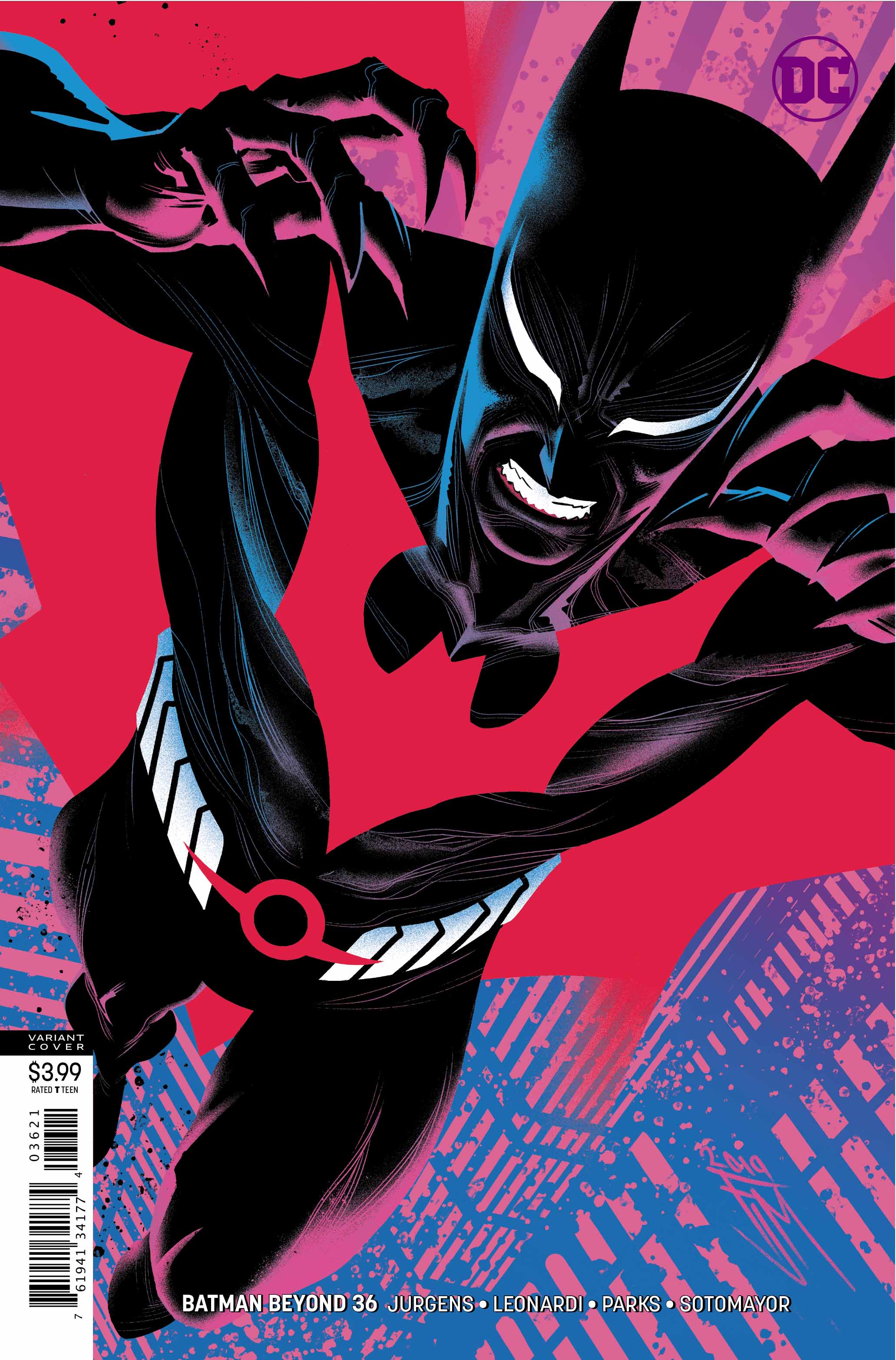 Review by Adam Ray
Batman Beyond #36 is the dramatic conclusion to the “Divide, Conquer, and Kill” storyline. The return of an aged Barry Allen’s Flash brings the speed back to Splitt. At the same time, the clash between False Face and Ace puts Terry’s fate in the balance. Our Batman is in the wind…
We have a hero of the past and a reluctant redemption case here to bring the clash to its thrilling end.
The focus is delightfully handed over to The Flash. A clash between speedsters always makes for a dramatic set piece, and we see them tussle across the Neo Gotham Skyline in truly satisfying flashes (teehee) and uses of color. The hero/villain interactions in this issue are deeply satisfying. 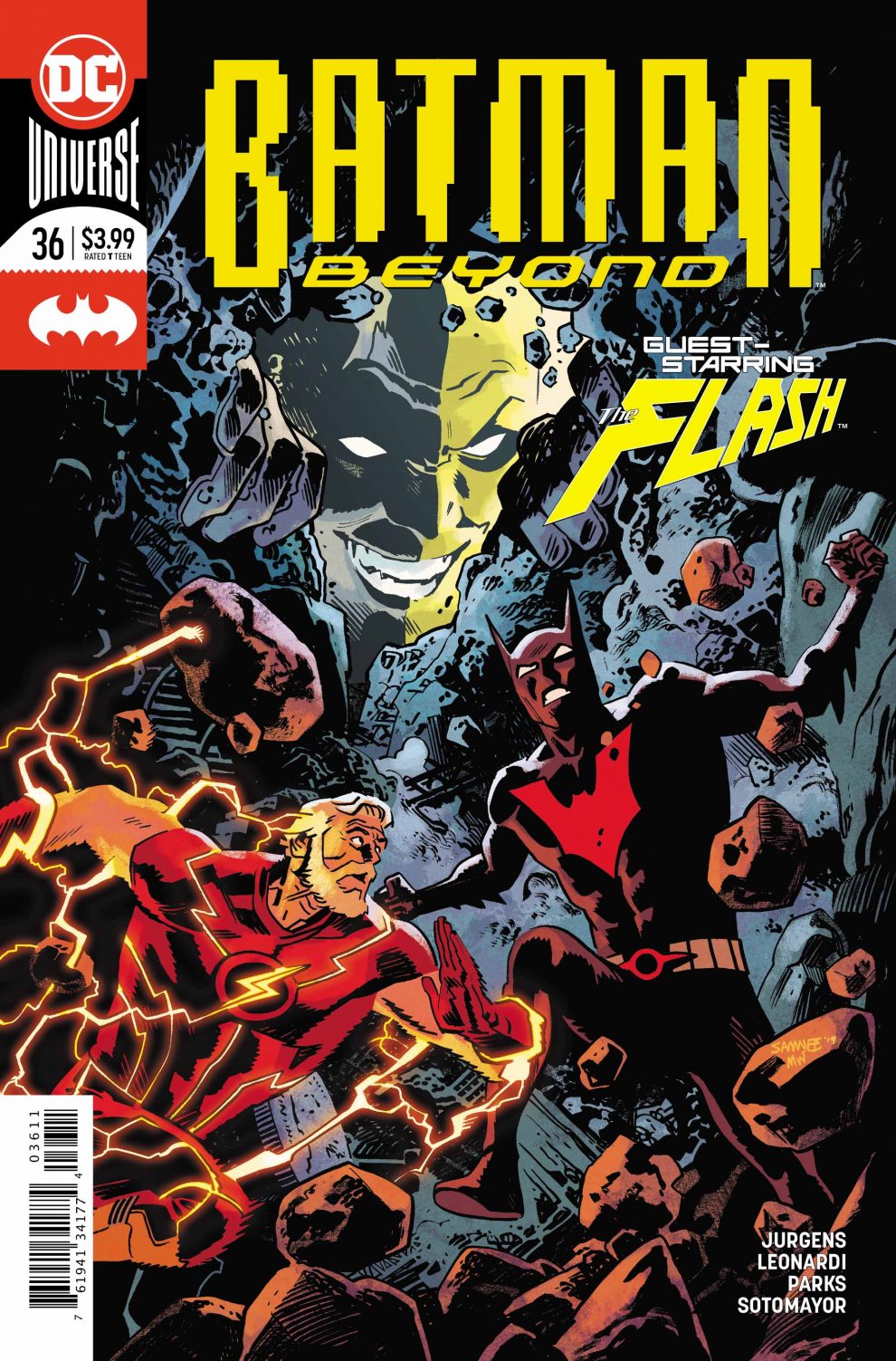 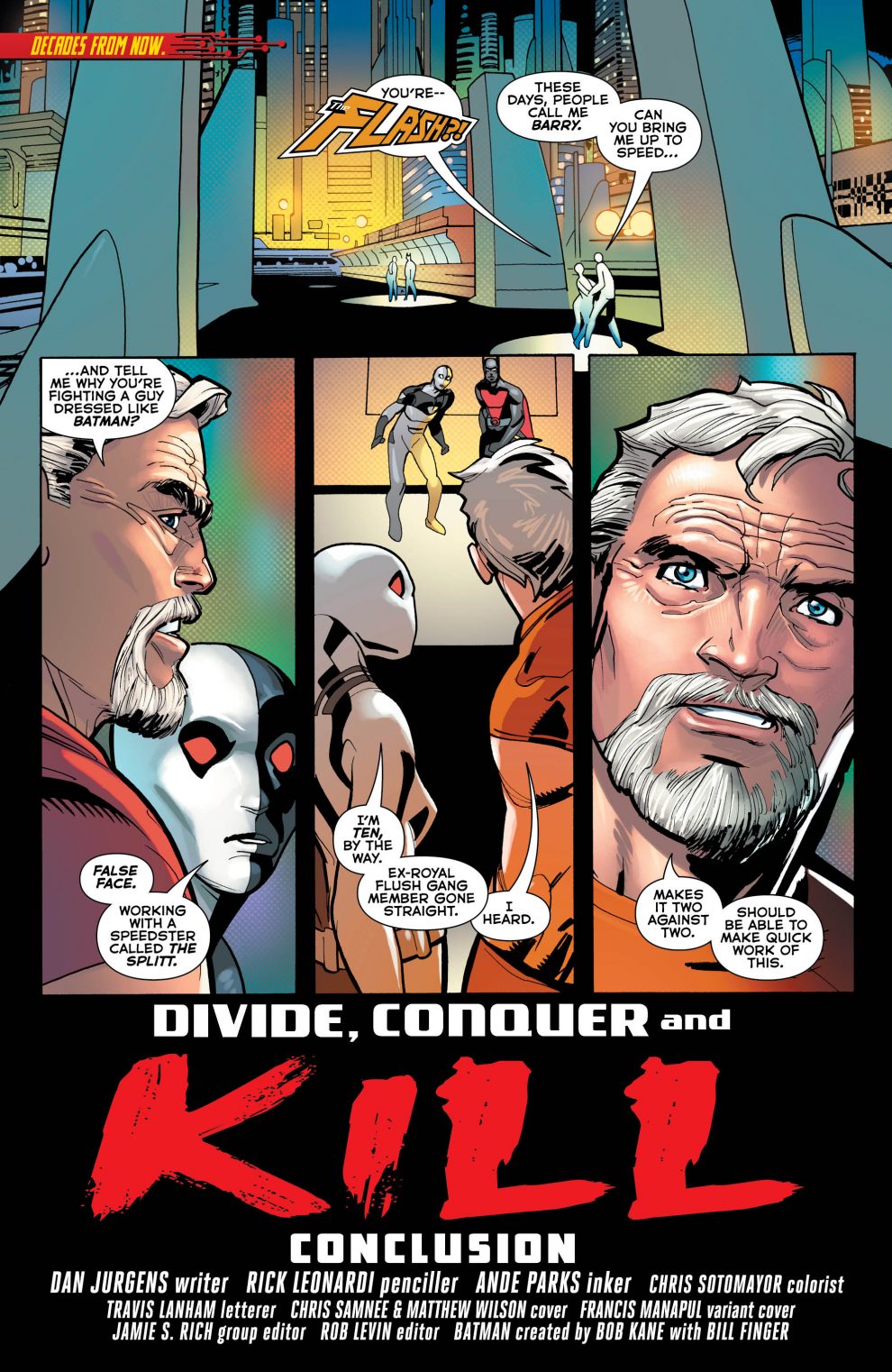 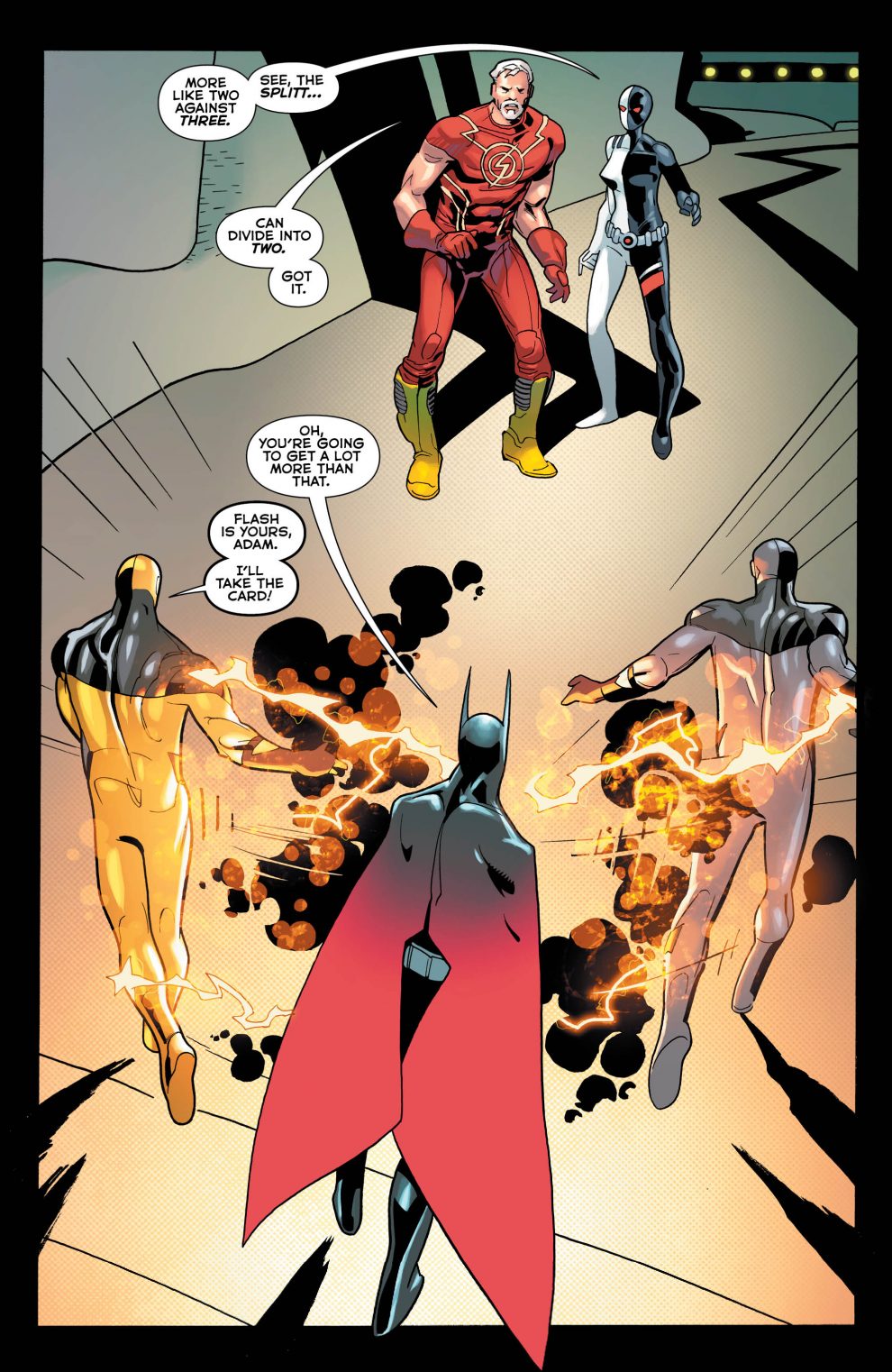 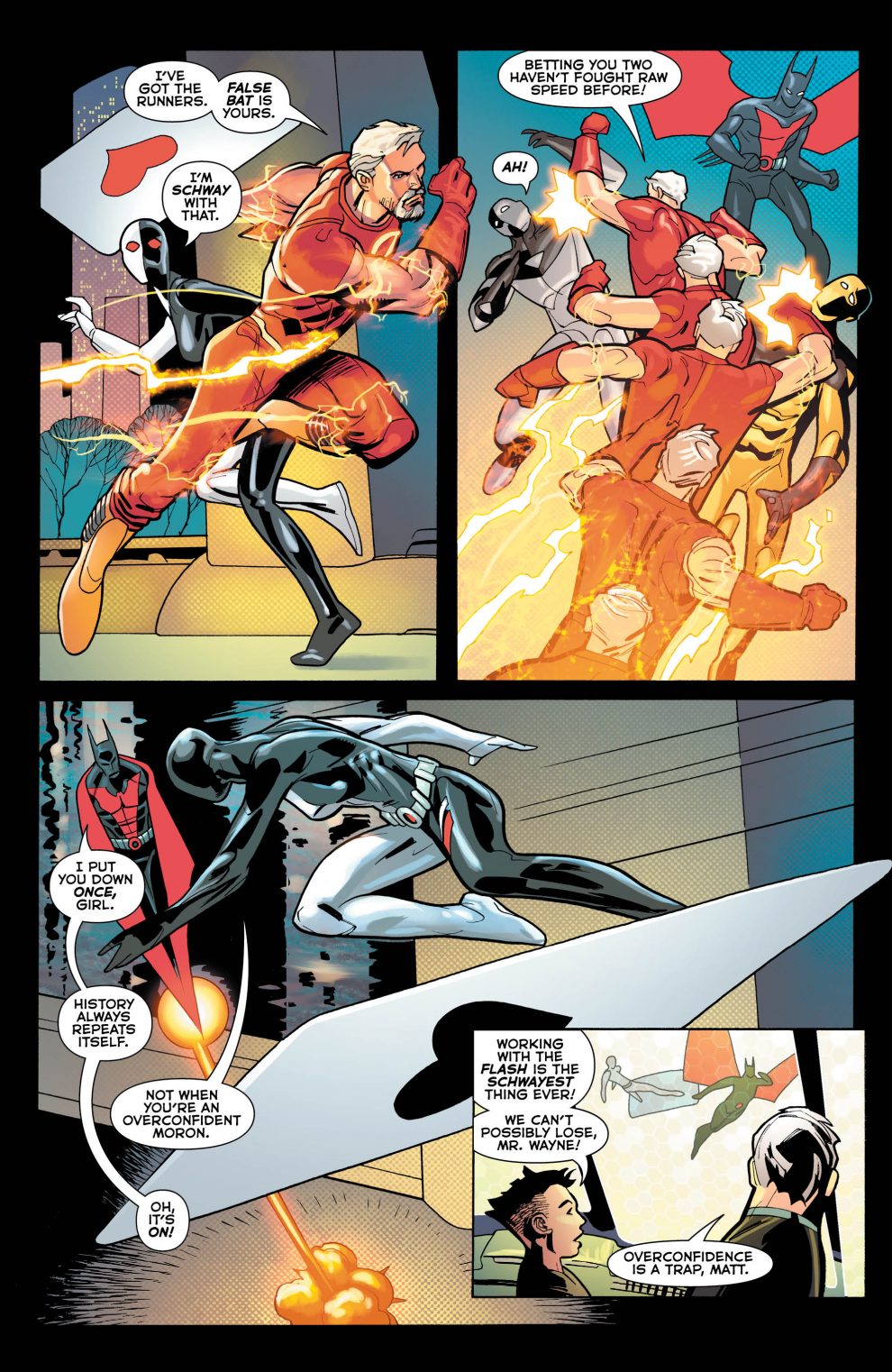 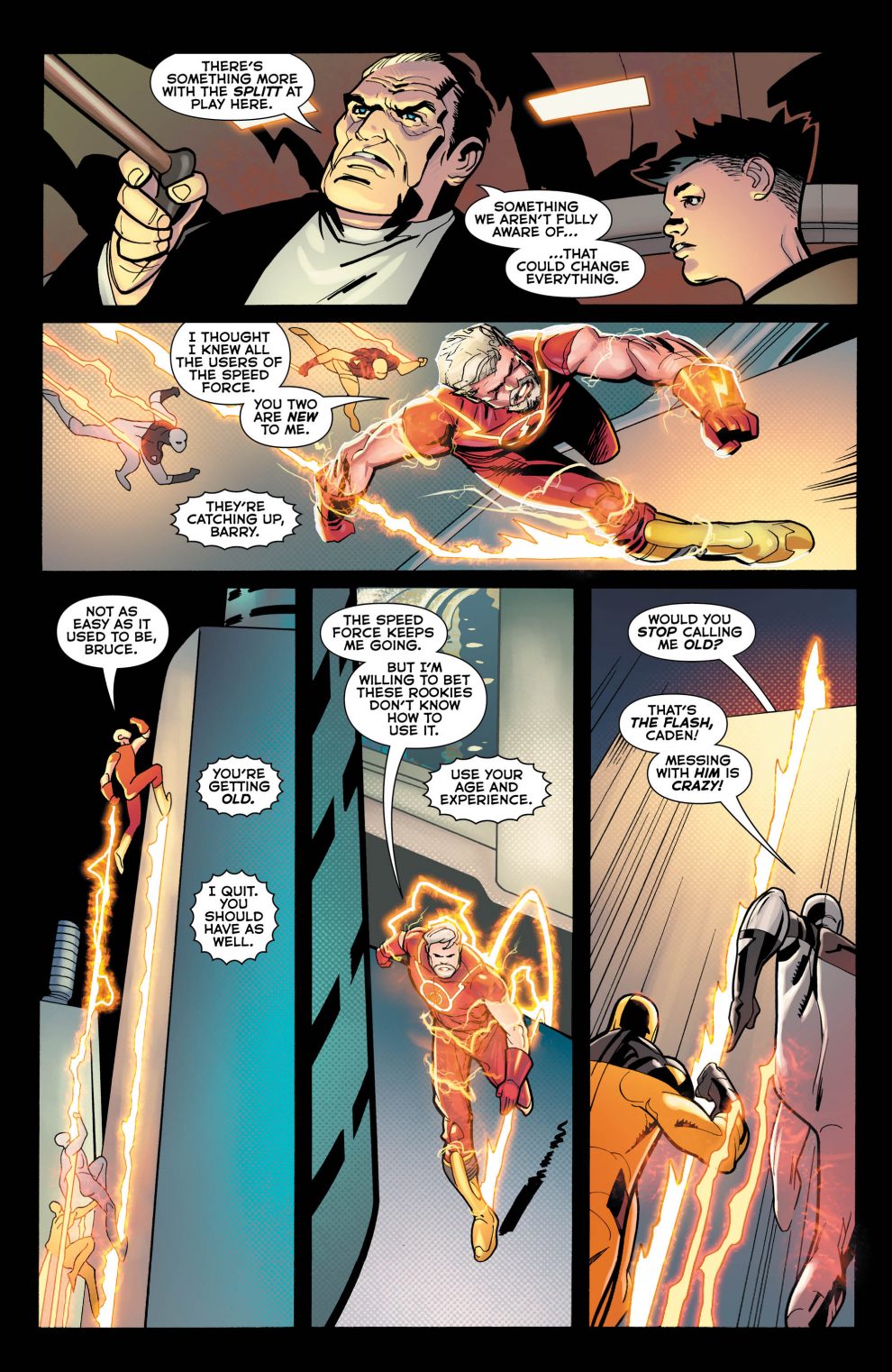 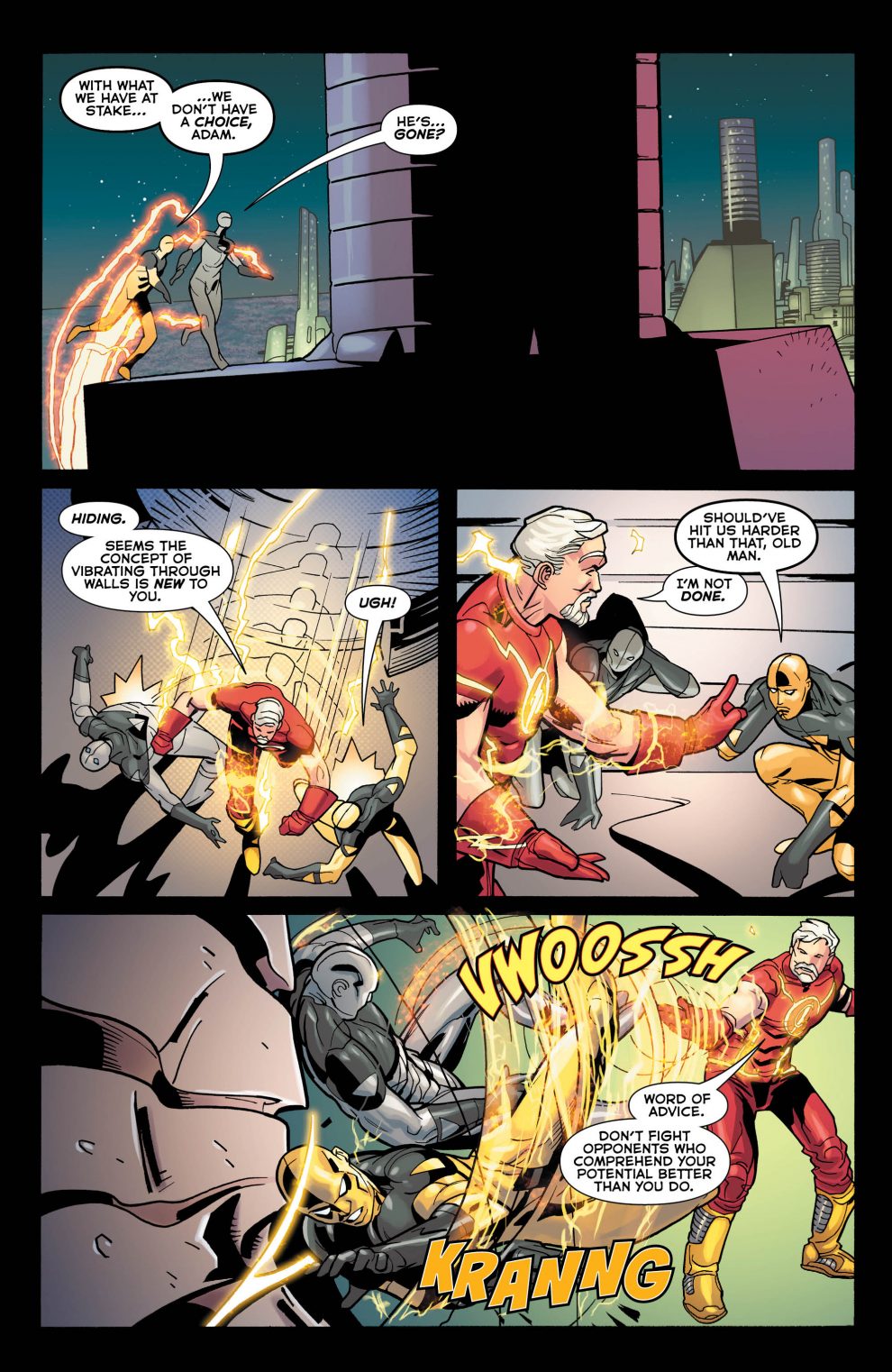 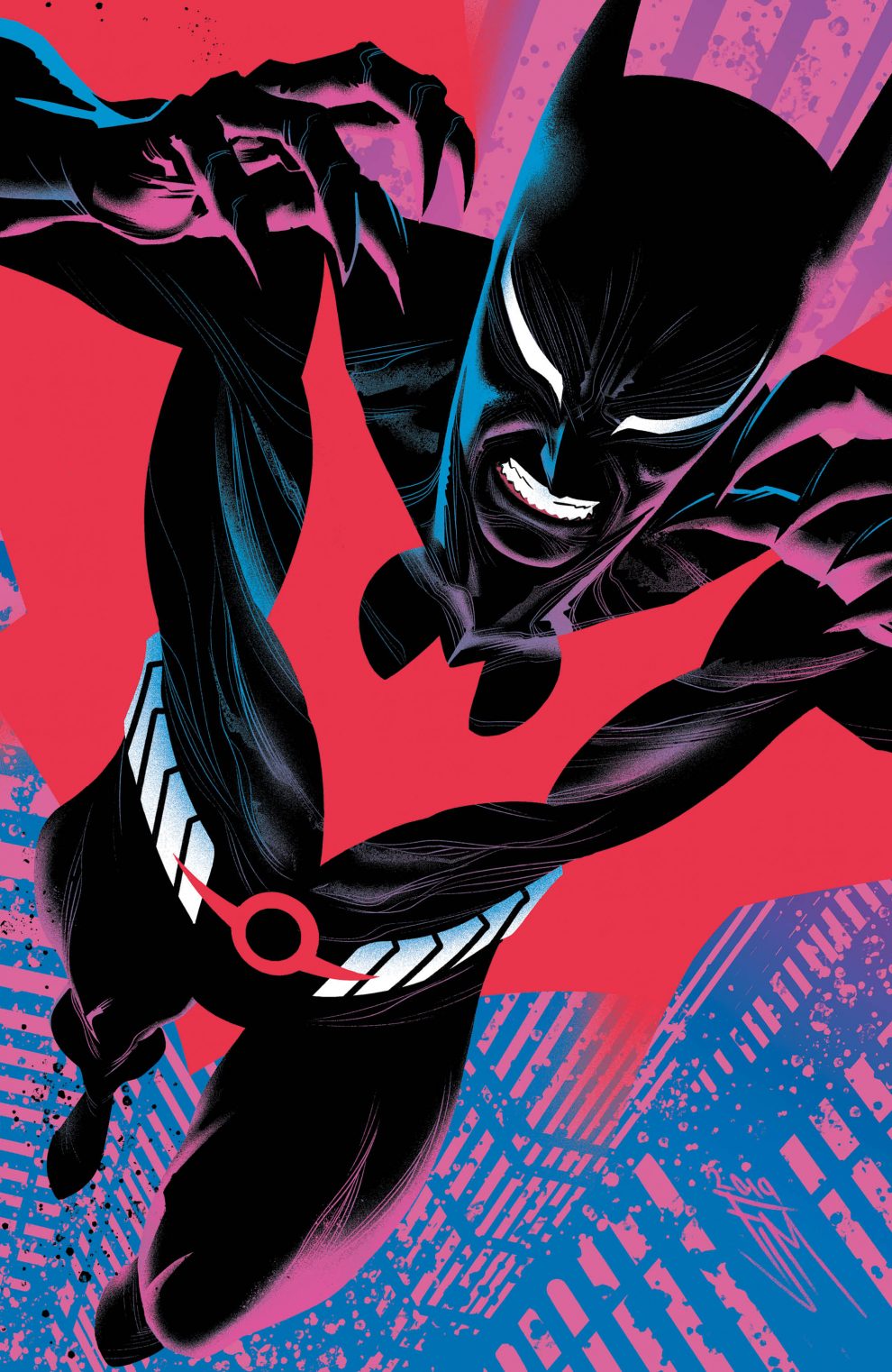 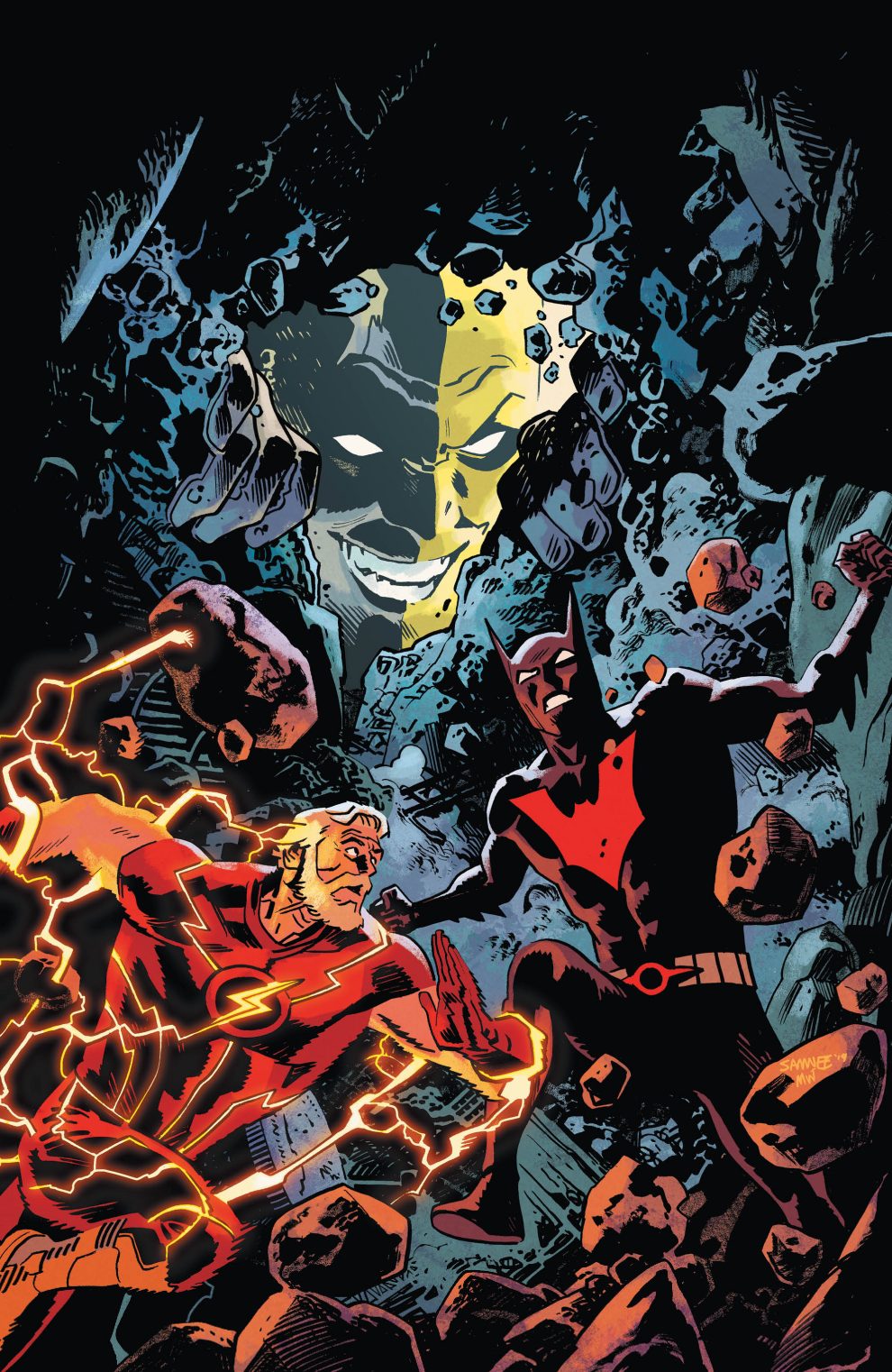 Batman Beyond has the wonderful advantage of being set five minutes into the future. Catching up with characters from our present; older, but still essentially the same, never gets old. Barry Allen’s kept his scientific mind, and confident tone. He’s lost nothing to age and gained a heap of maturity, as he’s grown over the years… much like Bruce Wayne. Jurgens handles the future Flash so well.
The clash between the force that’s pretending to be Batman and Ace is a shorter, but equally important one. We really feel that the weakness of the villain is put on show, reminding us all of the right way to do things.

Batman Beyond #36 ends things in a very uncertain way. Sure we get a clear ending to the storyline, but we don’t know which way is up. It’s a bold choice from Jurgens to leave readers on tilt like this. What does the future have in store for Batman of the Future? I’m sure many will want to read more to find out.