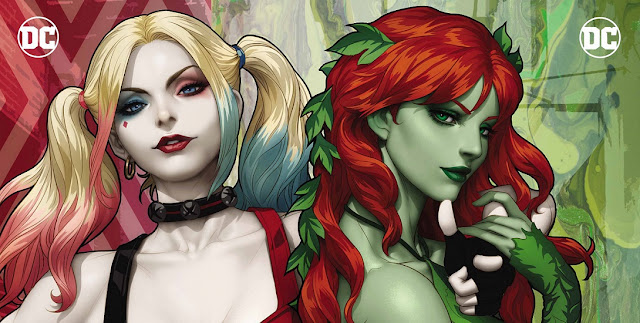 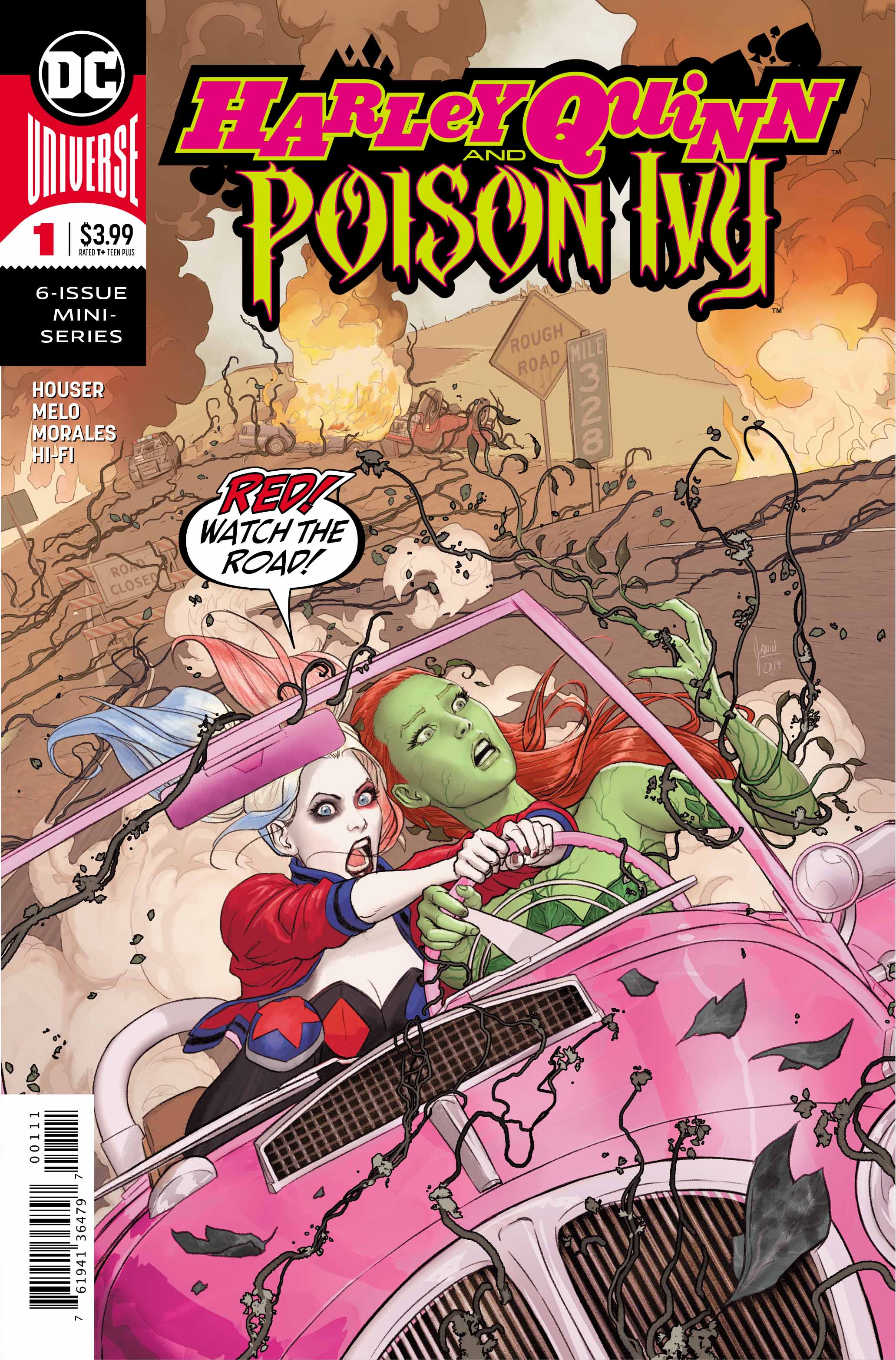 Well, looky here, we have our girls back in the brilliant Harley Quinn and Poison Ivy #1. I could not be more excited to have this near my eye-balls. Anyone who is keeping up with the Quinns knows how amazing Harley’s series has been lately, and now we get the added bonus of Poison Ivy. Immediately sign me up and take my soul for payment. I want to stare all day at a comic that brings my girls together again to get into all kinds of shenanigans. Trust me, chaos is about to ensue.

Vine Whip or Sledgehammer? Both? Both… Both is good!

Within the first few pages writer Jodie Houser had me hooked. I can’t believe that this is only going to be a 6 issue miniseries, as Houser has done so much in just one short chapter. She managed to set up a new storyline with Harley and Ivy, while staying true to their characters. Harley is a lovable, kooky weirdo, while Ivy is re-learning how to be herself again. Who best to help her than her Harley? Every sentence left me with a massive smile on my face. 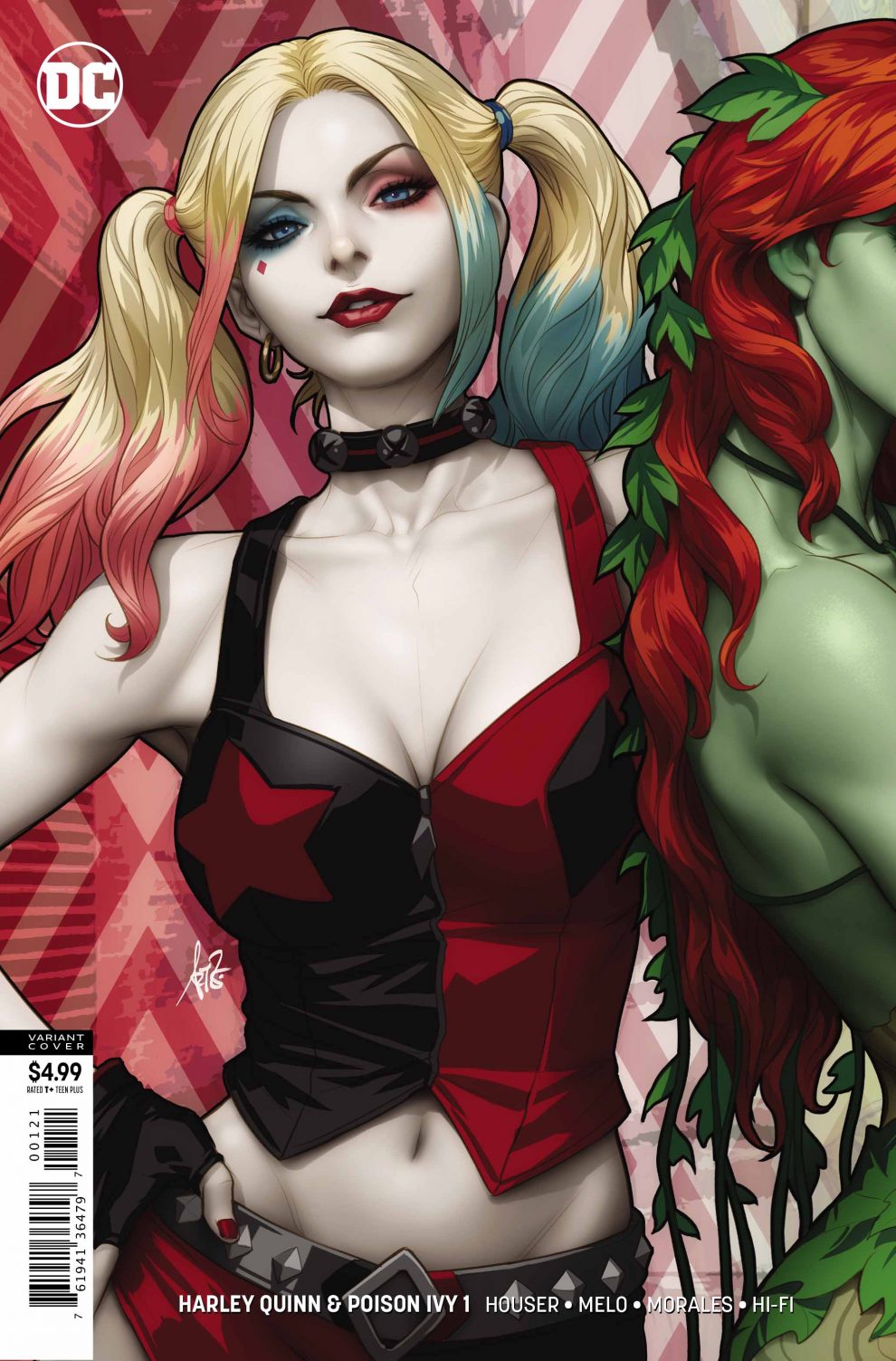 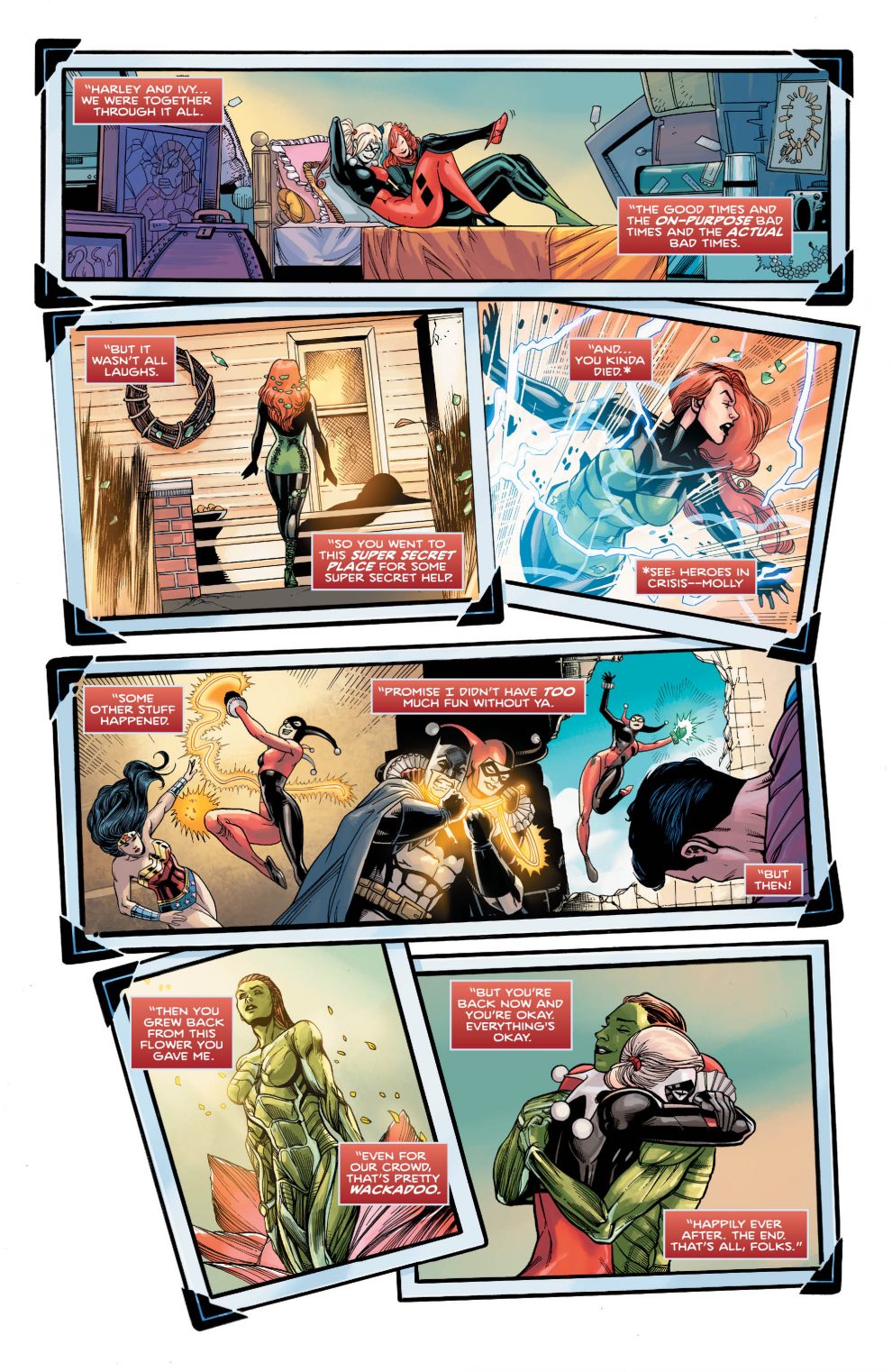 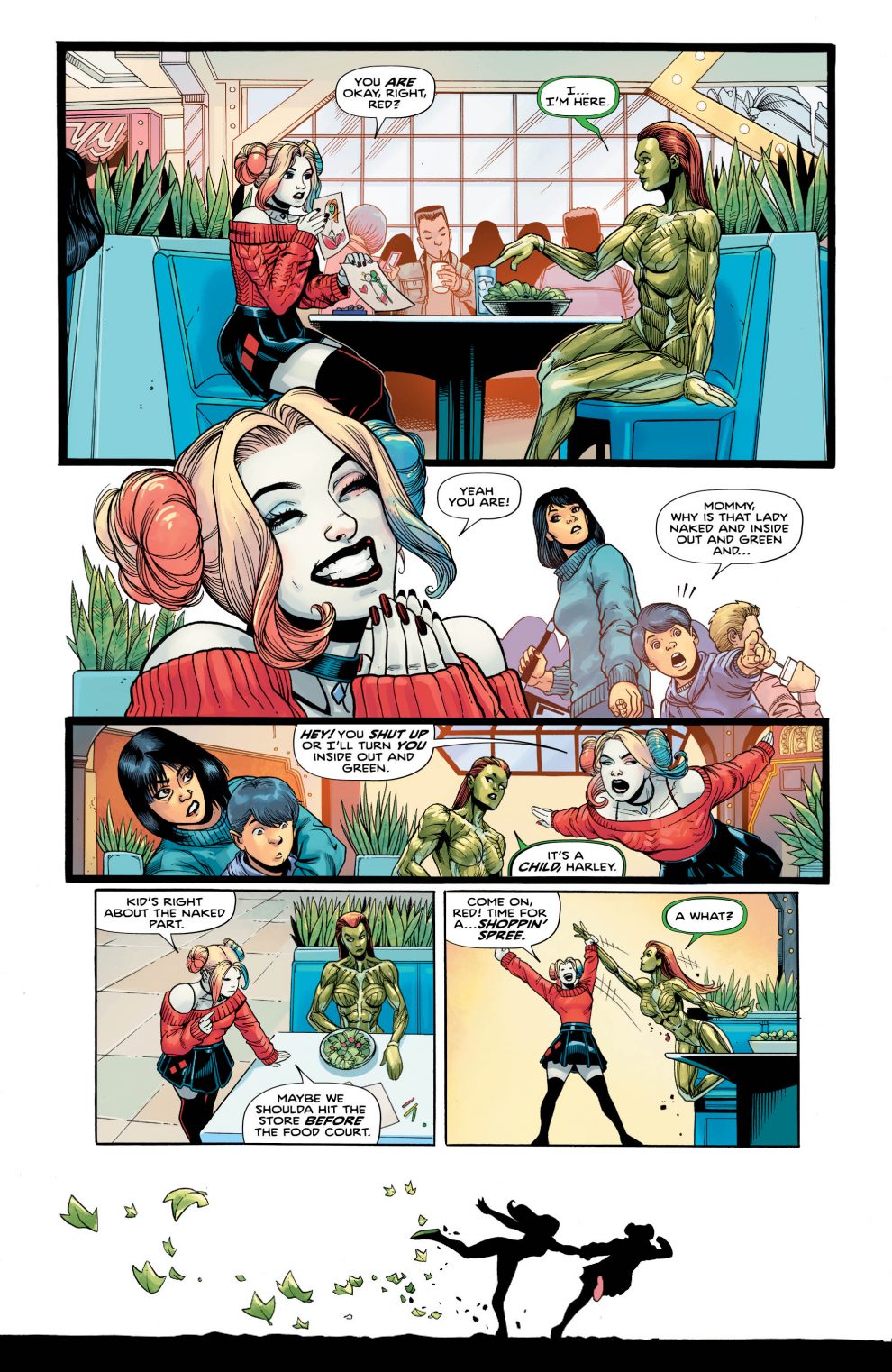 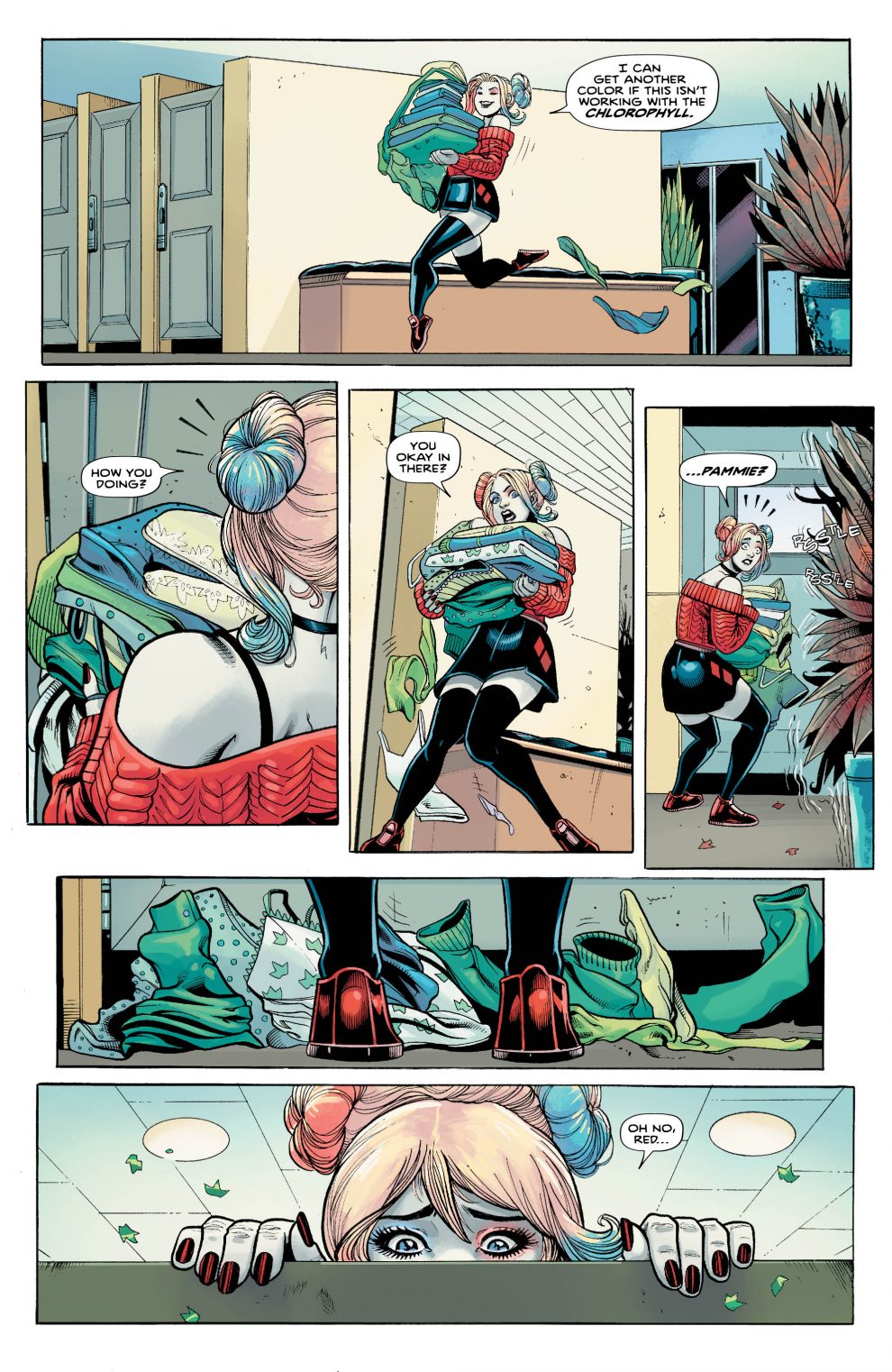 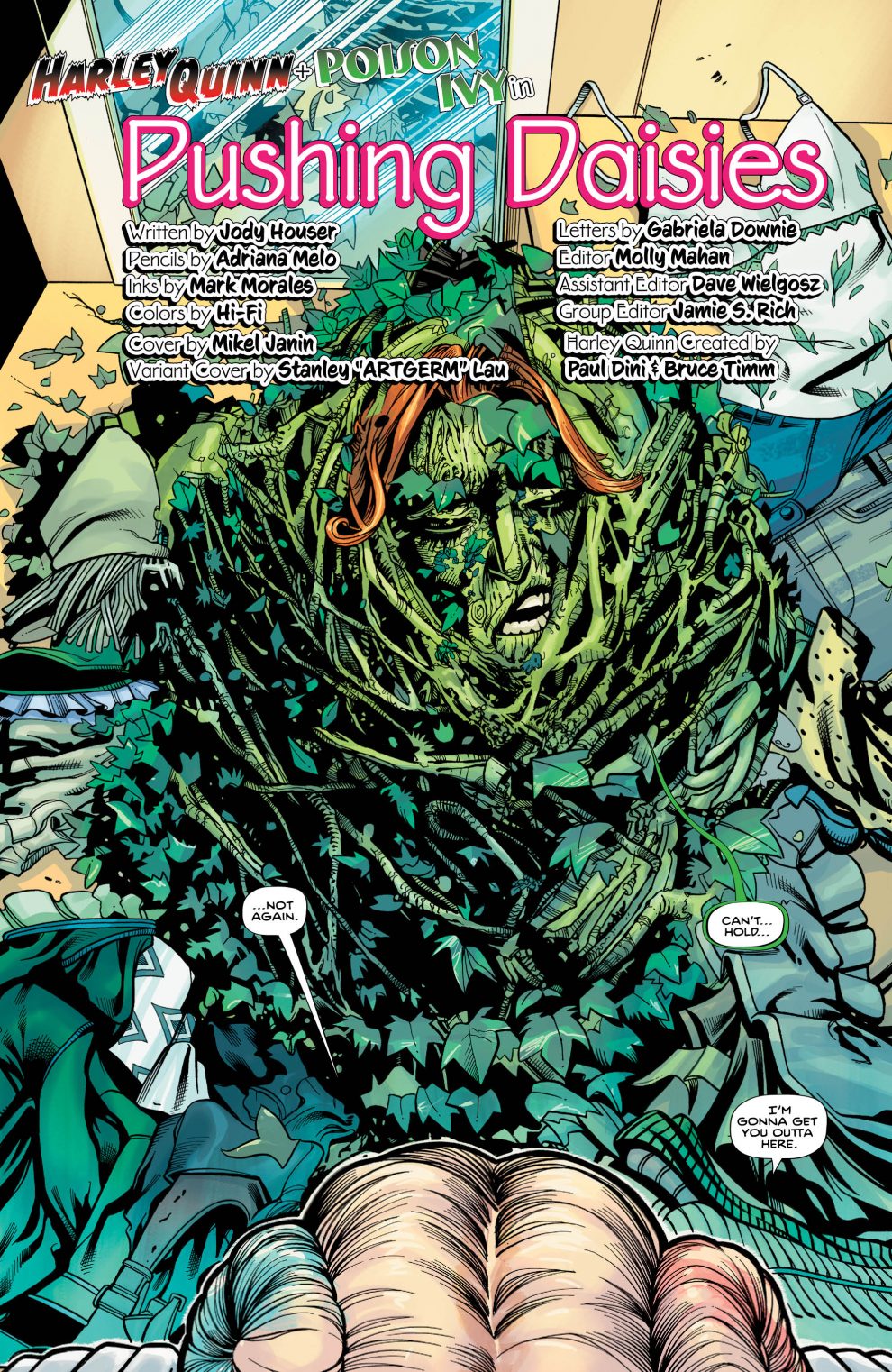 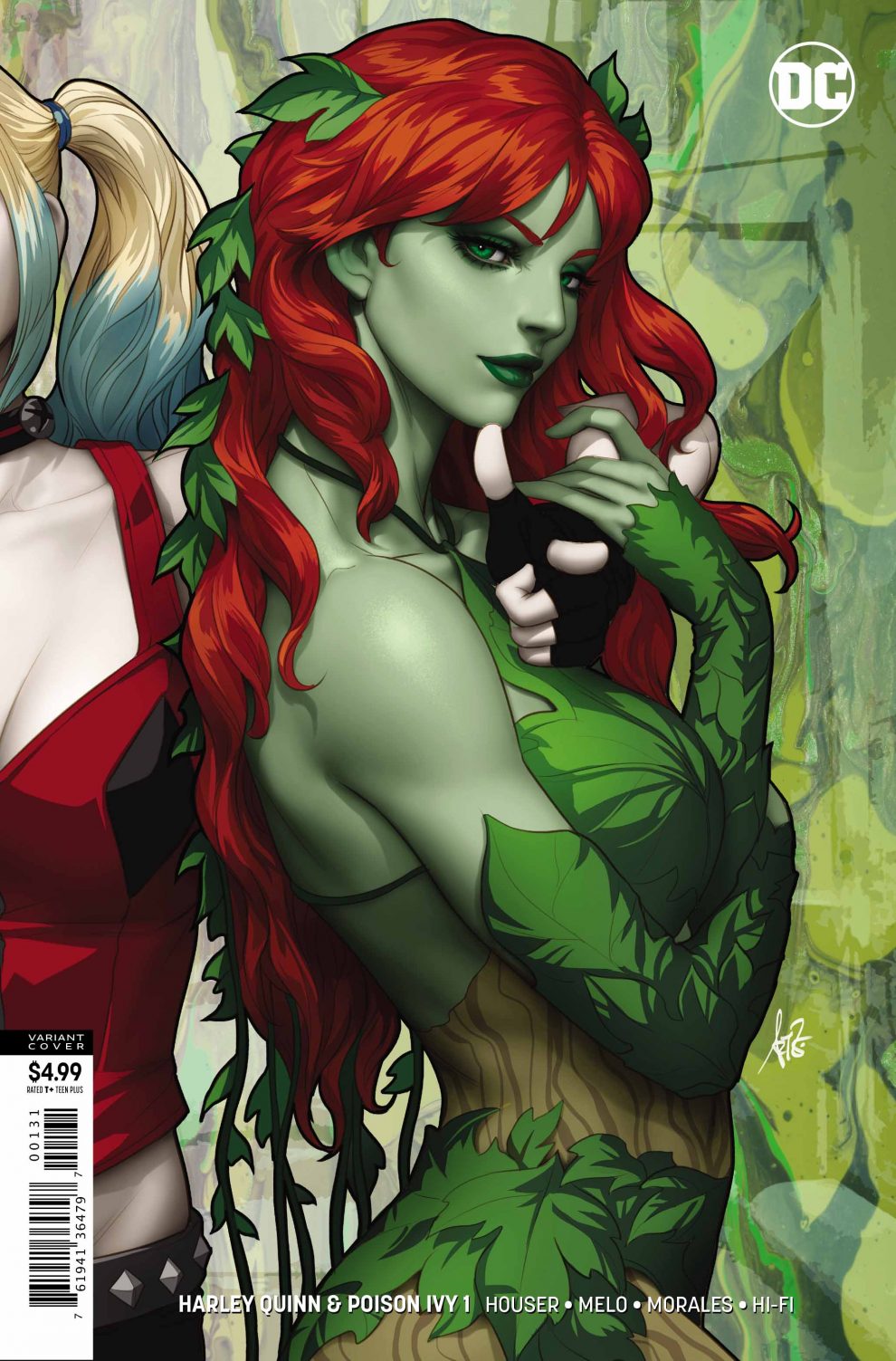 With Harley Quinn and Poison Ivy #1 being the start of the series, I thought there was going to be a lot of set up. I was wrong. We get to a major plot point by the end of the issue that will probably be the main focus for the rest of the series. With it only being a miniseries things had to start moving quickly, but it didn’t feel rushed or forced. For me the writing and plot cohesively moved together to get us to that ending.
Adriana Melo and Mark Morales as the artists in this issue did an amazing job. I opened the comic and right on page two fell in love with the design of the characters. I think Harley looks super cute and fashionable, as expected, while Ivy looks a little different to how she’s normally portrayed. Melo and Morales do a great job of slowly making her look more recognizable throughout the issue, to match up with the plot. There are definite moments where I look at Harley and Ivy and think, “this is it, these are my favorite versions of these characters.” That’s how much I like this artwork.

I want more, like… yesterday! I need all of them and I can’t wait to see what Houser does with this story, as it has so much promise. Anything that brings Harley and Ivy back together is exciting, but this I think stands above the rest. The artwork is stunning and the writing is masterful. I love it when Harley gets her sass on, and that is definitely something I want to see more of. Things are looking interesting for Ivy, Harley has had a wild idea. My girls are going on an ADVENTURE!!!