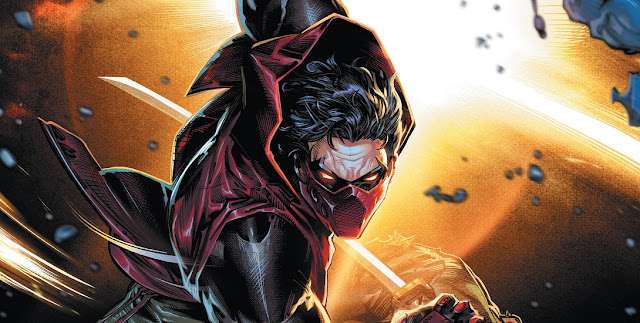 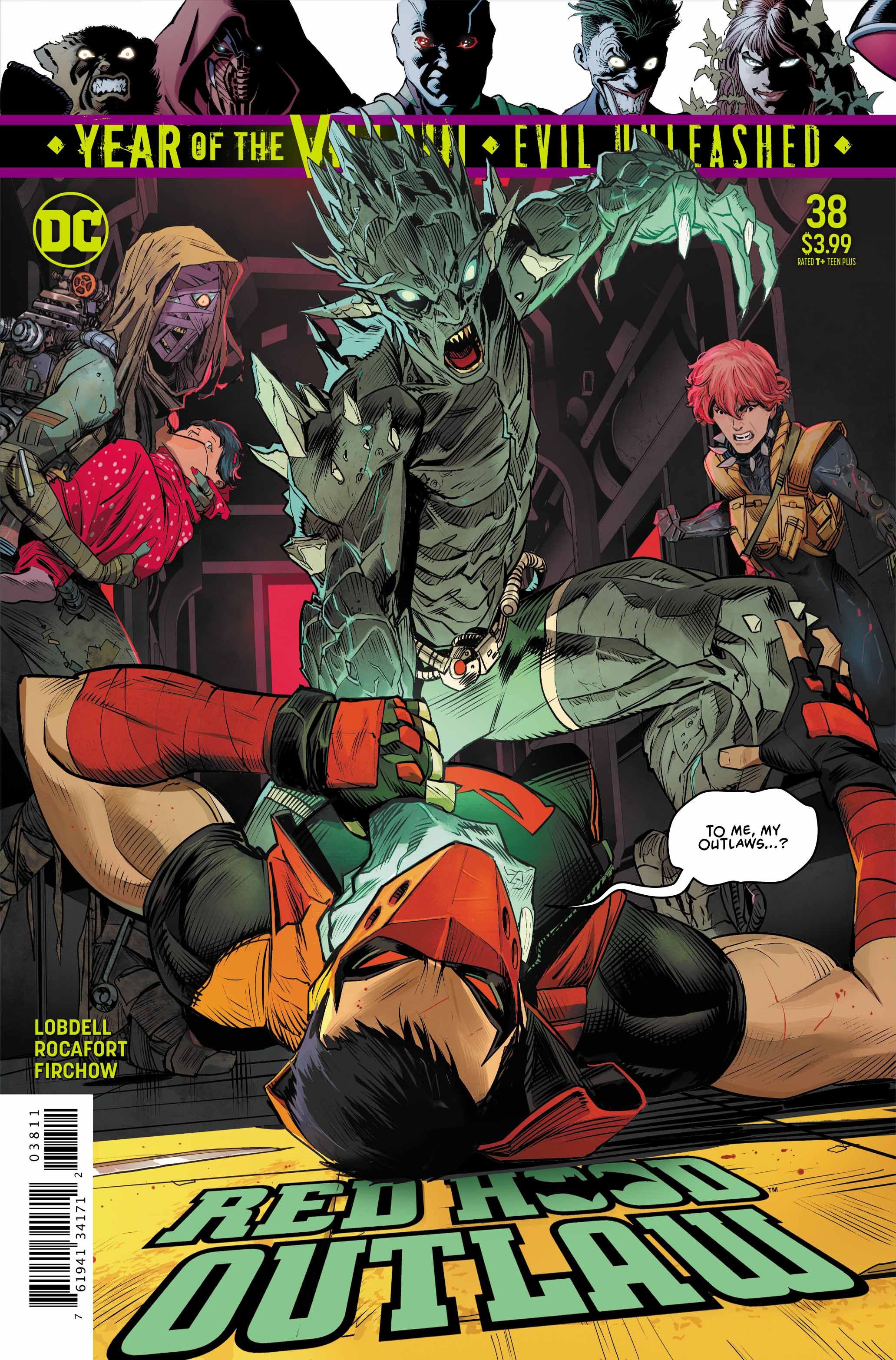 Red Hood is back and with even more sass than last time. You don’t think that’s possible? Then read Red Hood Outlaw #38 and you will realise that Jason Todd can always up the sass. Some genius put him in charge of a group of young, not so impressionable mischief makers. Being one himself, there really isn’t anyone better to take the next gen on a field trip. Red Hood is ready to be the top teacher at Evil school.

I don’t foresee the day when I ever become bored of Jason Todd. The man has such depth of character, is so intriguing, and yet, at the same time, is a completely useless adult. We get to see in this issue why in particular he isn’t the best at being the only adult in the room. Lobdell writes Red Hood extremely well, he has really tapped into the potential of the character. Jason is one of those guys that you just think can do anything and it would still work and make sense, Lobdell has made the perfectly clear by putting him in charge of a group of snotty children. Payback for Jace being a little brat sometimes, maybe? 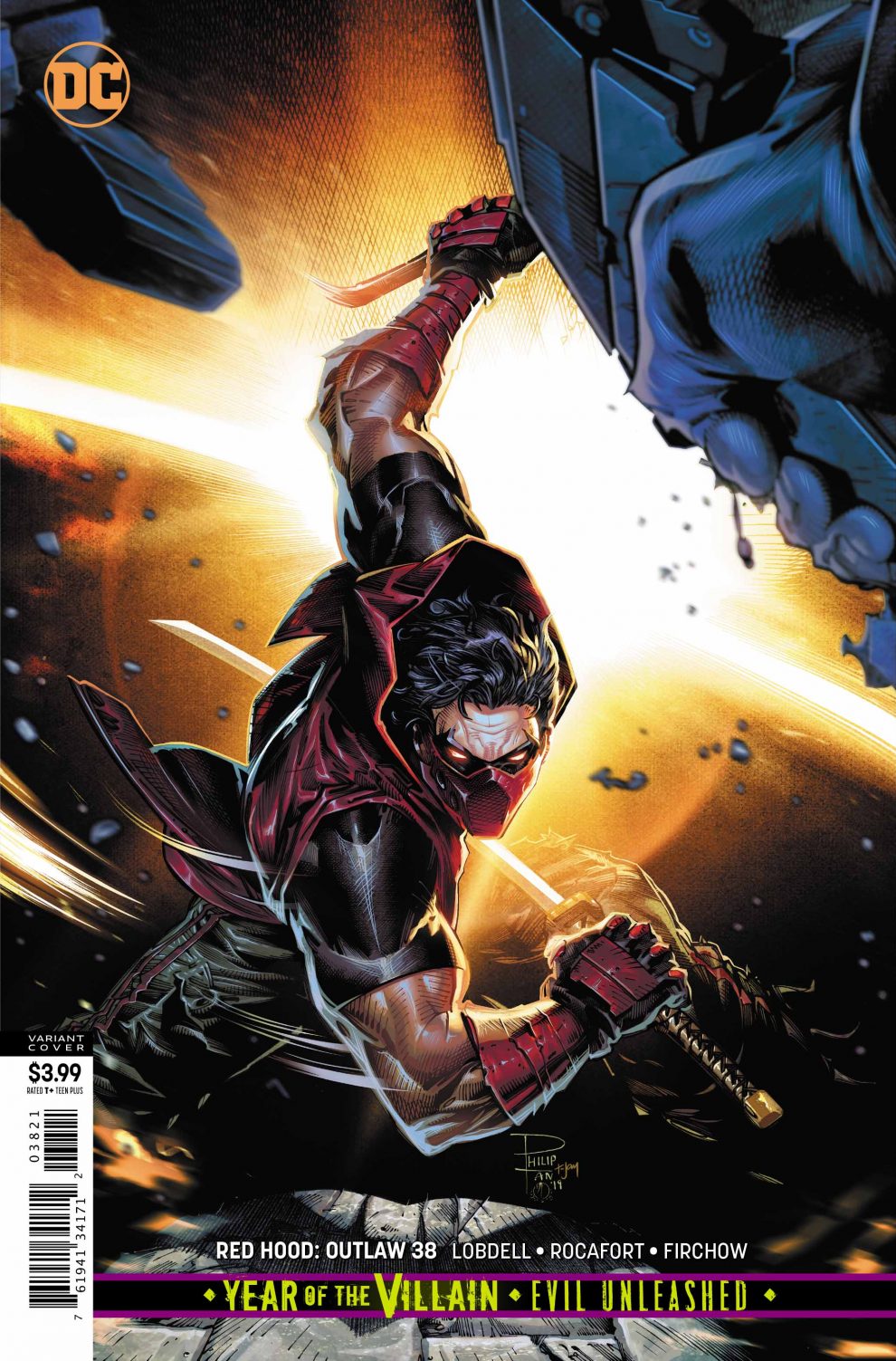 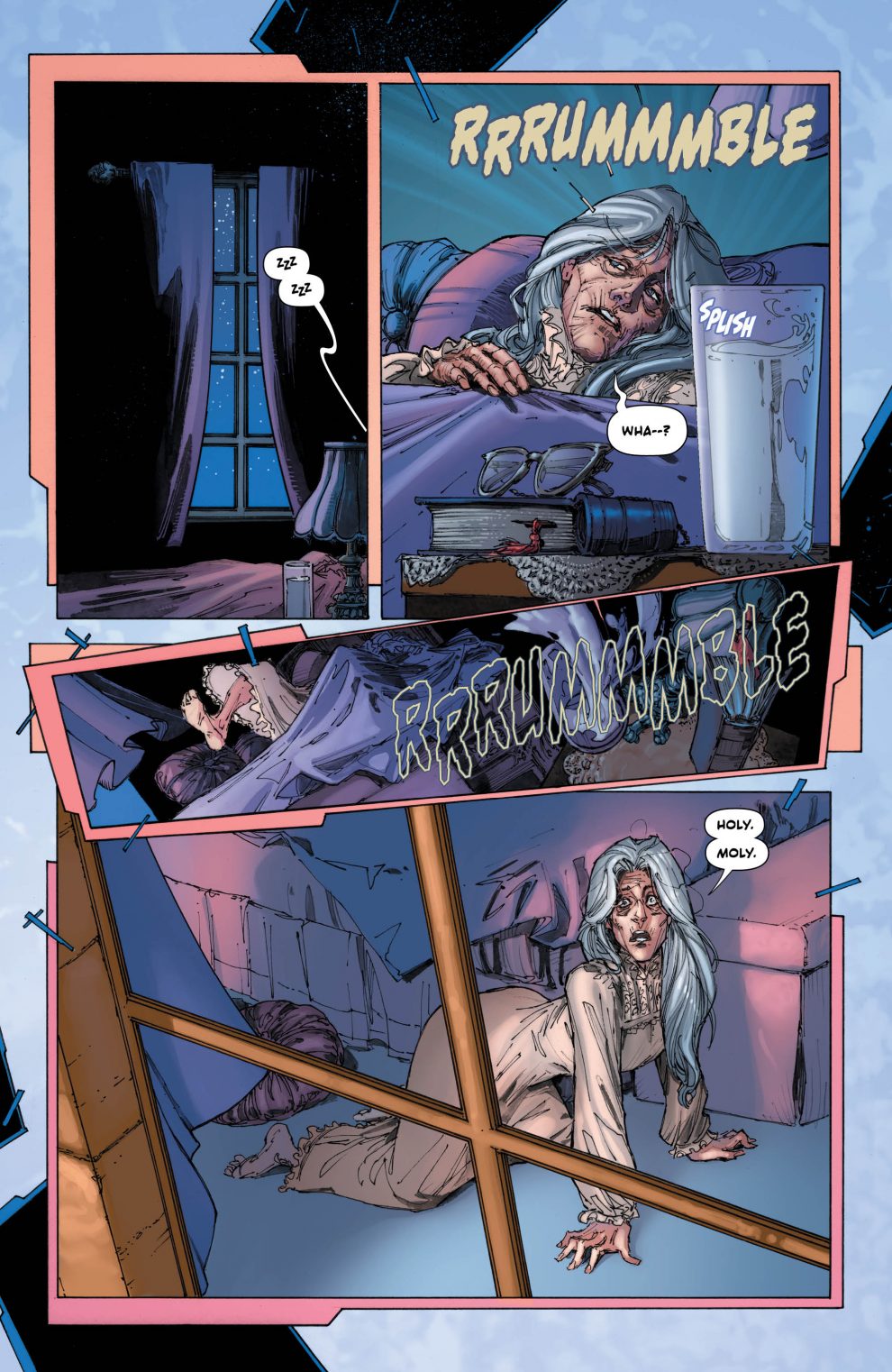 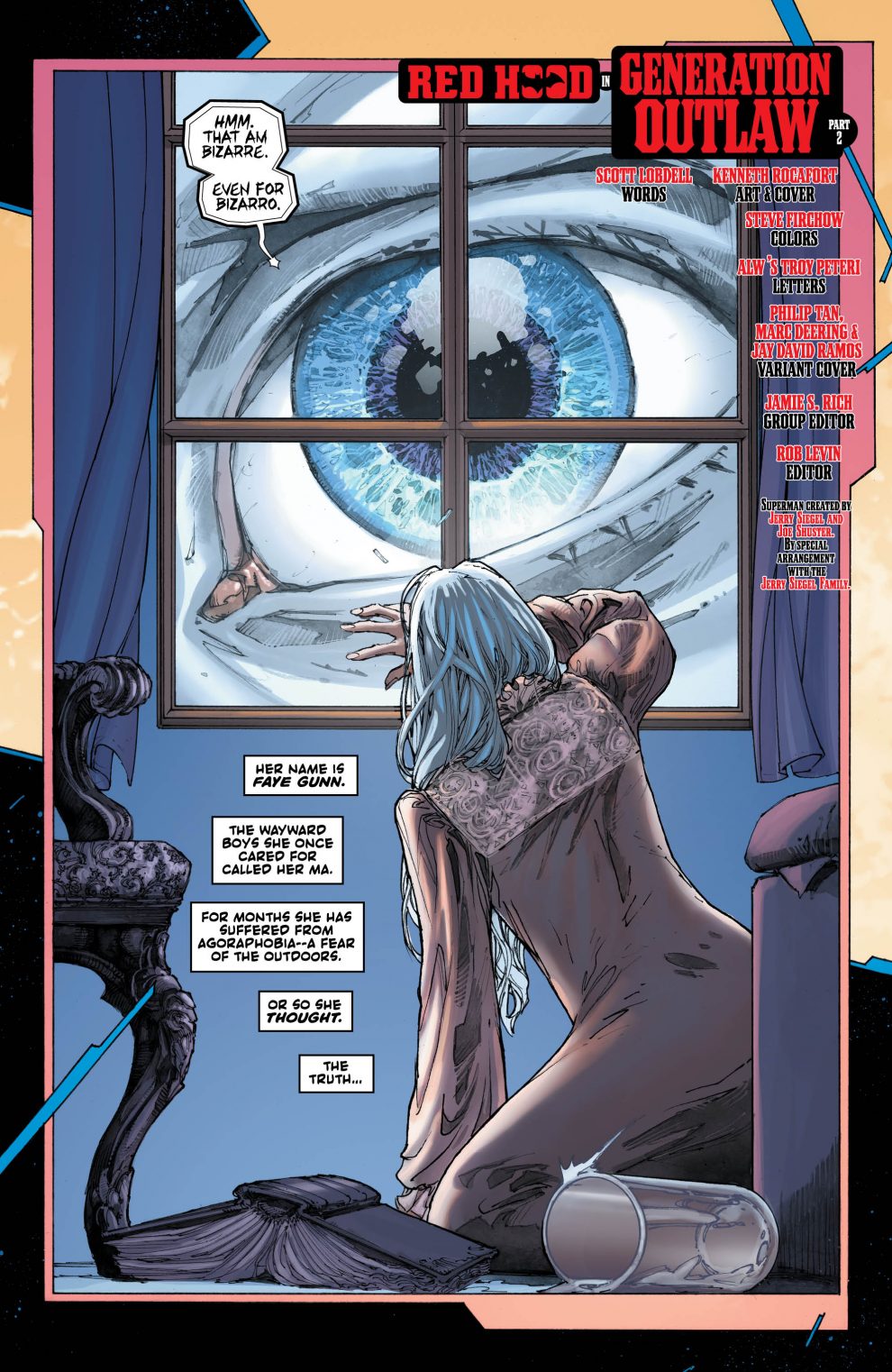 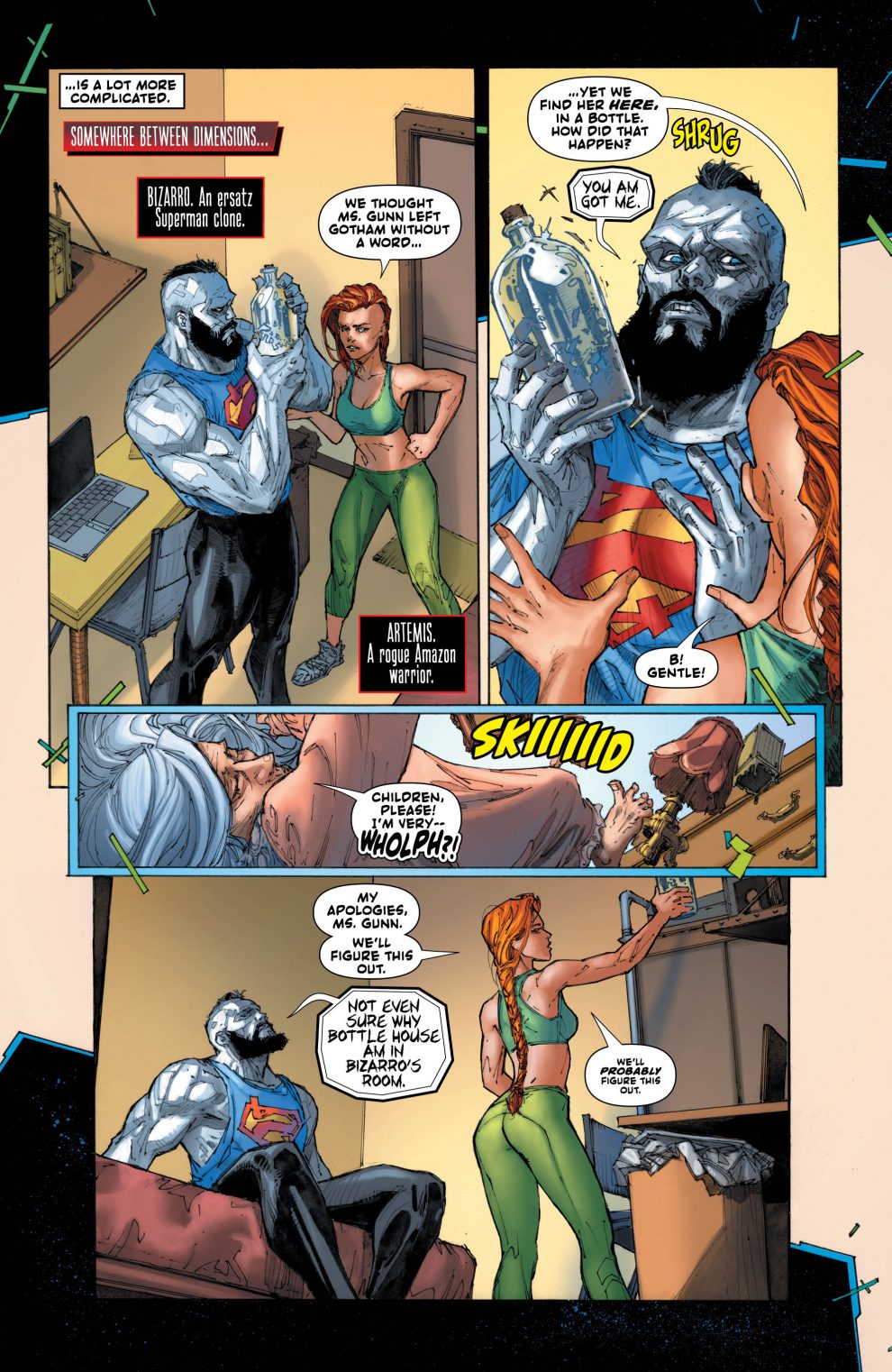 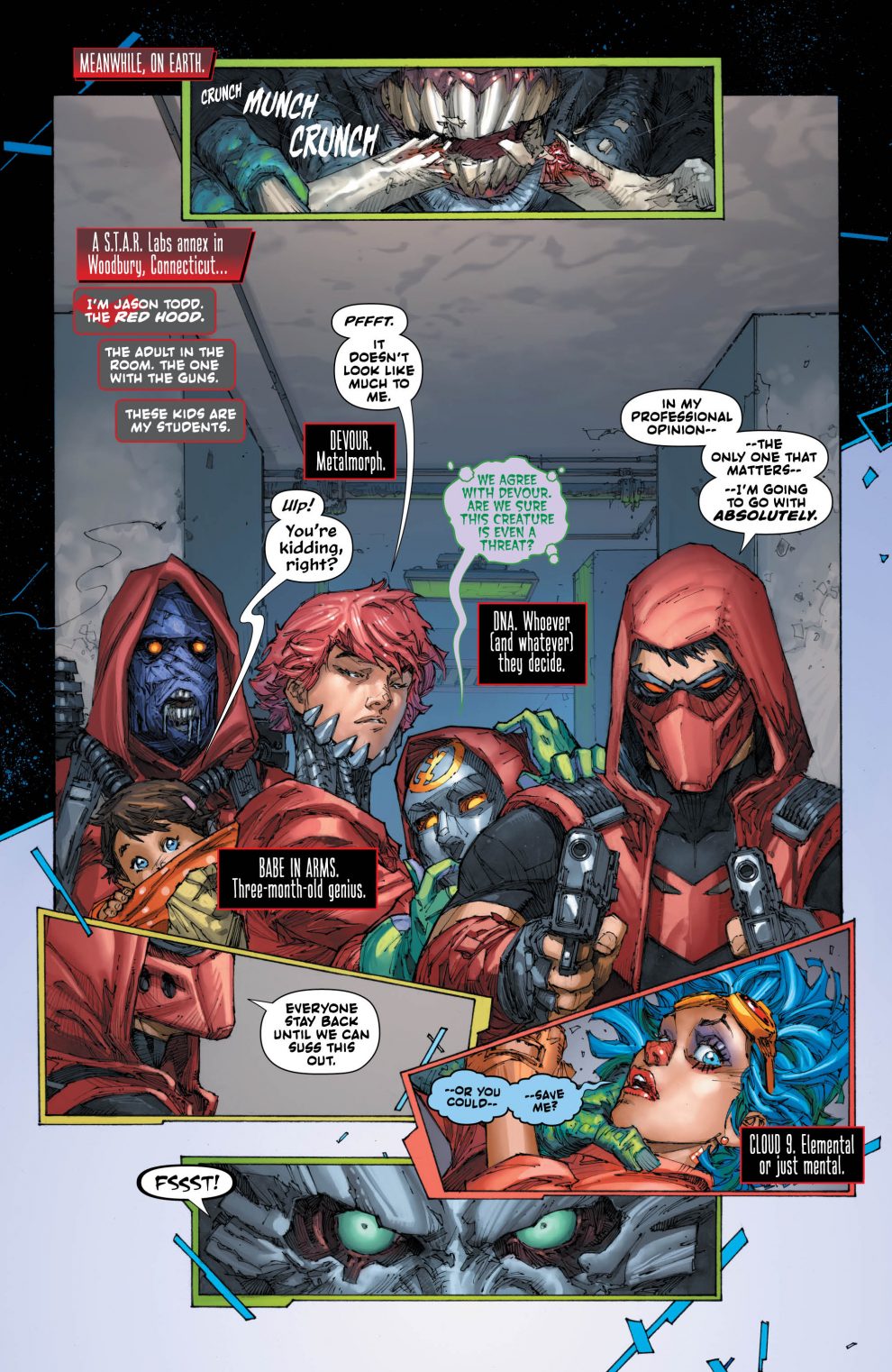 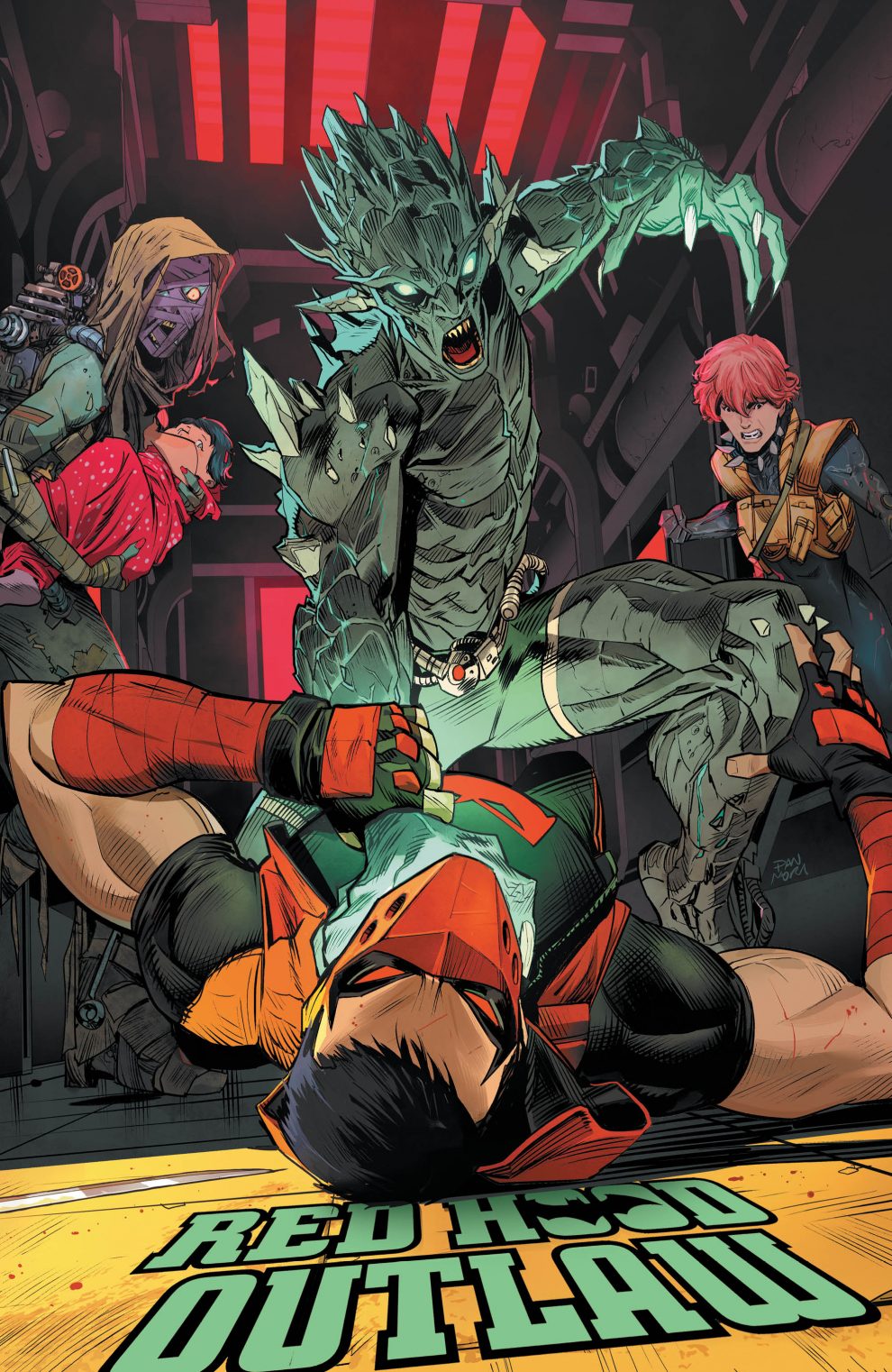 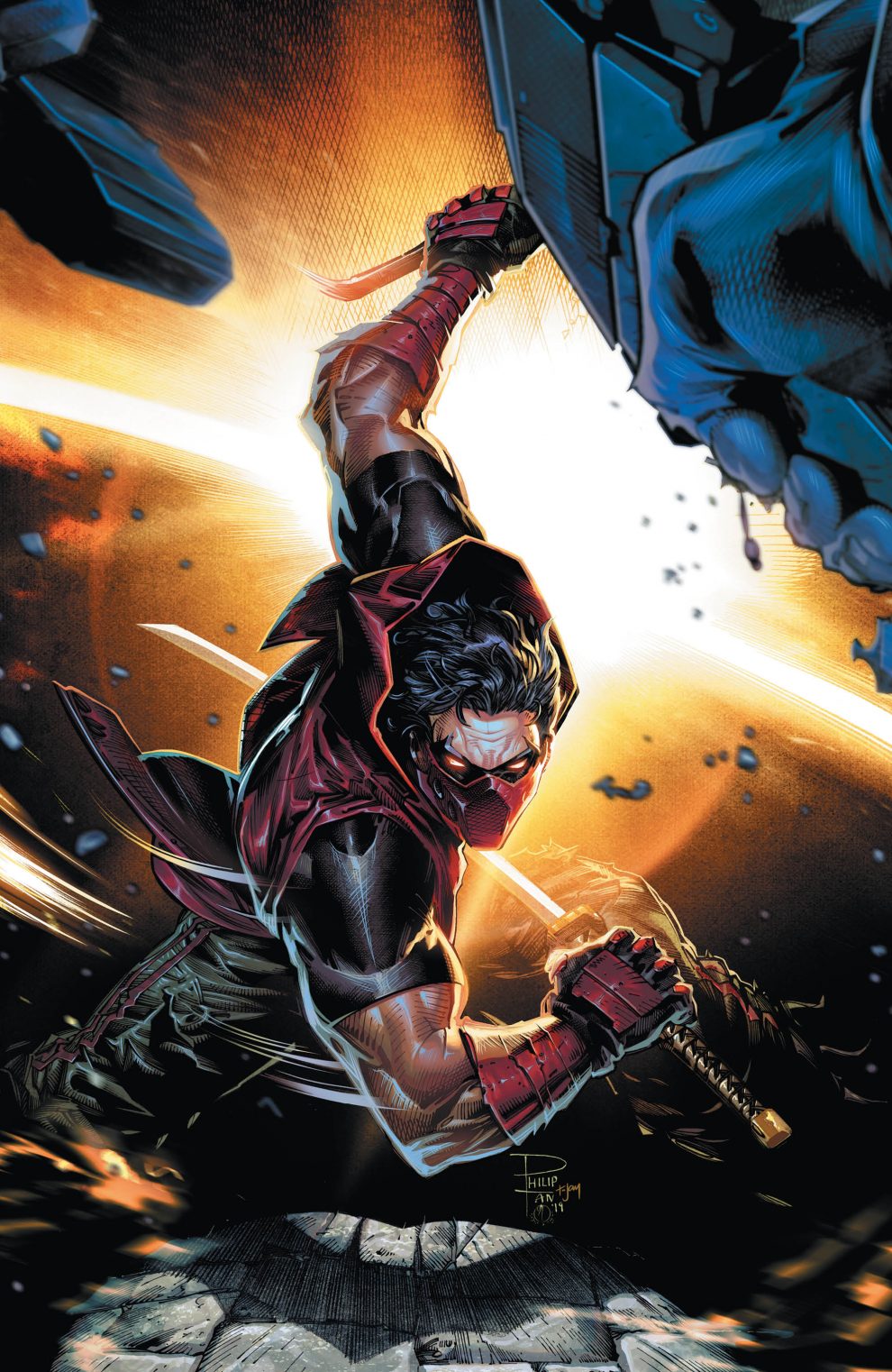 There were some cracking interactions between the kids themselves and Red Hood, as their teacher extraordinaire was giving them the best/worst field trip. We also got to see some more of my favourite comedy duo; B and Red Her (Bizarro and Artemis). They seemed to have gotten themselves mixed up with some interesting other dimension shenanigans. Can we please appreciate how supportive they are of each other? I think we all need an angry recovering Amazon and a heart bigger then my brain backwards man in our friend group. Jason will be very lucky to have them back (hopefully at some point!).
Now we get to the part where I don’t shut up about how much I love the art style and the uniqueness of every single character being brought to life by the amazing Rocafort and Firchow. Honestly Red Hood Outlaw #38 just dragged me right out of my seat and onto the page. The fight scenes were outstandingly drawn and very entertaining to look at.

Excuse me, do you have a moment to talk about our “return-from-the-dead-bad-teacher-sass-man-Jason-Todd”? You do? Great! I’ll be talking about him for years to come, especially with issues like this coming out on a regular basis. There’s so much going on with the story; we have Red Hood, the next Generation of Outlaws, and our favourite double act.
The way this issue ended completely killed me! I didn’t know whether to laugh, scream or email the writer to ask him what was going on! I will for sure be picking up the next Red Hood Outlaw!