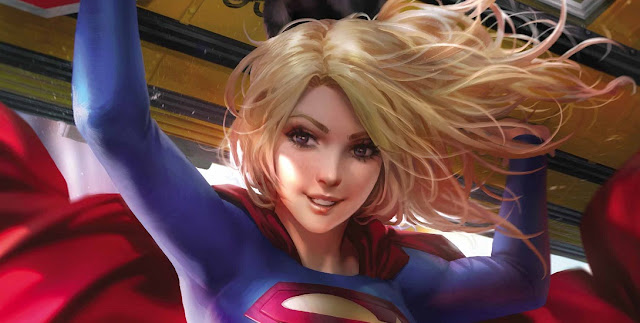 Writer: Marc Andreyko
Artists: Kevin Maguire, Scott Hanna and Eduardo Pansica
Color Artist: Fco Plasencia
Letterer: Tom Napolitano
Review by Adam Ray
Summary
The dramatic conclusion to the “House of El United” storyline is here. We find the party responsible for the destruction of the Kryptonian homeworld, after the previous issue’s battle. Throughout, Supergirl struggles with how long her journey has been across the universe. She reminisces, and gives us a very direct insight into how she’s feeling. After a brief tangle with interplanetary law, we really see a nice resolution to an arc many issues in the making.

This issue has some wonderful moments of character expression in the artwork. An entire scene is given to Supergirl, and we really feel her internal struggle. A lot of the issue is her describing how she feels, but this blend of detailed art and clear text that really shows the character in ways that only a handful of films have been able to demonstrate as clearly. 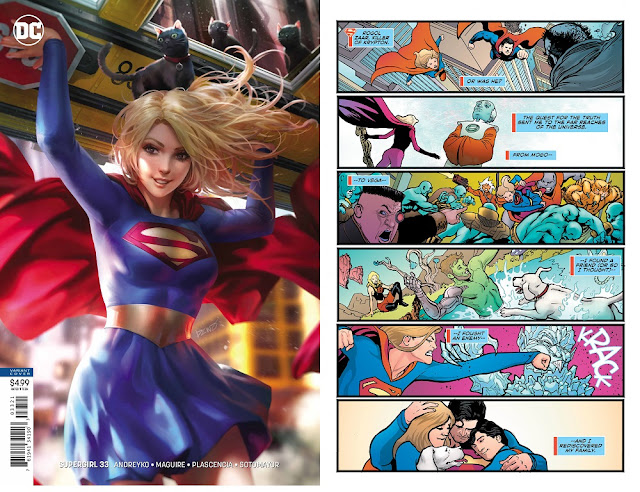 Negatives
I’m not sure what this issue really achieved. It had the title that closed the “House of El United” storyline, but there's nothing here that clearly concludes anything. Our heroes are escorted from one set piece to another and we get heartwarming, but muddled, scenes where Kara speaks to the men in her life: Superman and Zndr. We get the logic behind why she’s going back to Earth too, but one of it has the oomph you’d expect from a grand finale.
Another thing that doesn’t really register is the way Kara expresses her feelings. It’s very easy to be told that she’s angry and it’s easy for us to hear that she appreciates Superman as a diplomat, but if a reader is simply told these things, it becomes difficult to connect to those sentiments. If we're shown with some dialogue or action how she feels, then we get to experience it with her. That would make it feel far more sincere. 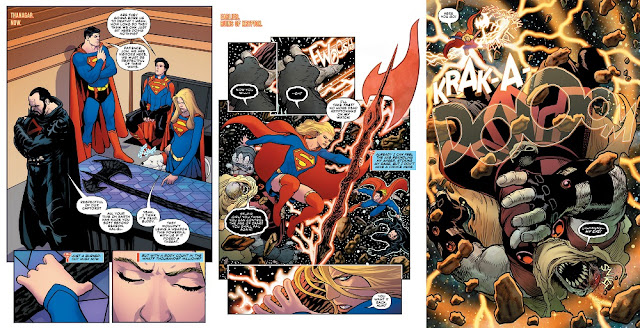 Verdict
Supergirl #33 is a satisfying ending to an extended storyline. With the direction that the character has traveled, we can expect anything to happen going forward. While this series may not have had the rousing conclusion we were expecting, Supergirl as a title can grow to new heights from this foundation.