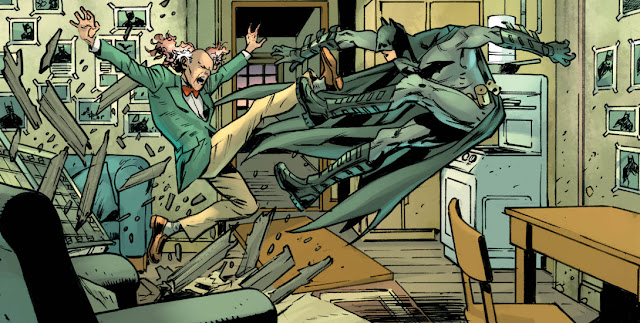 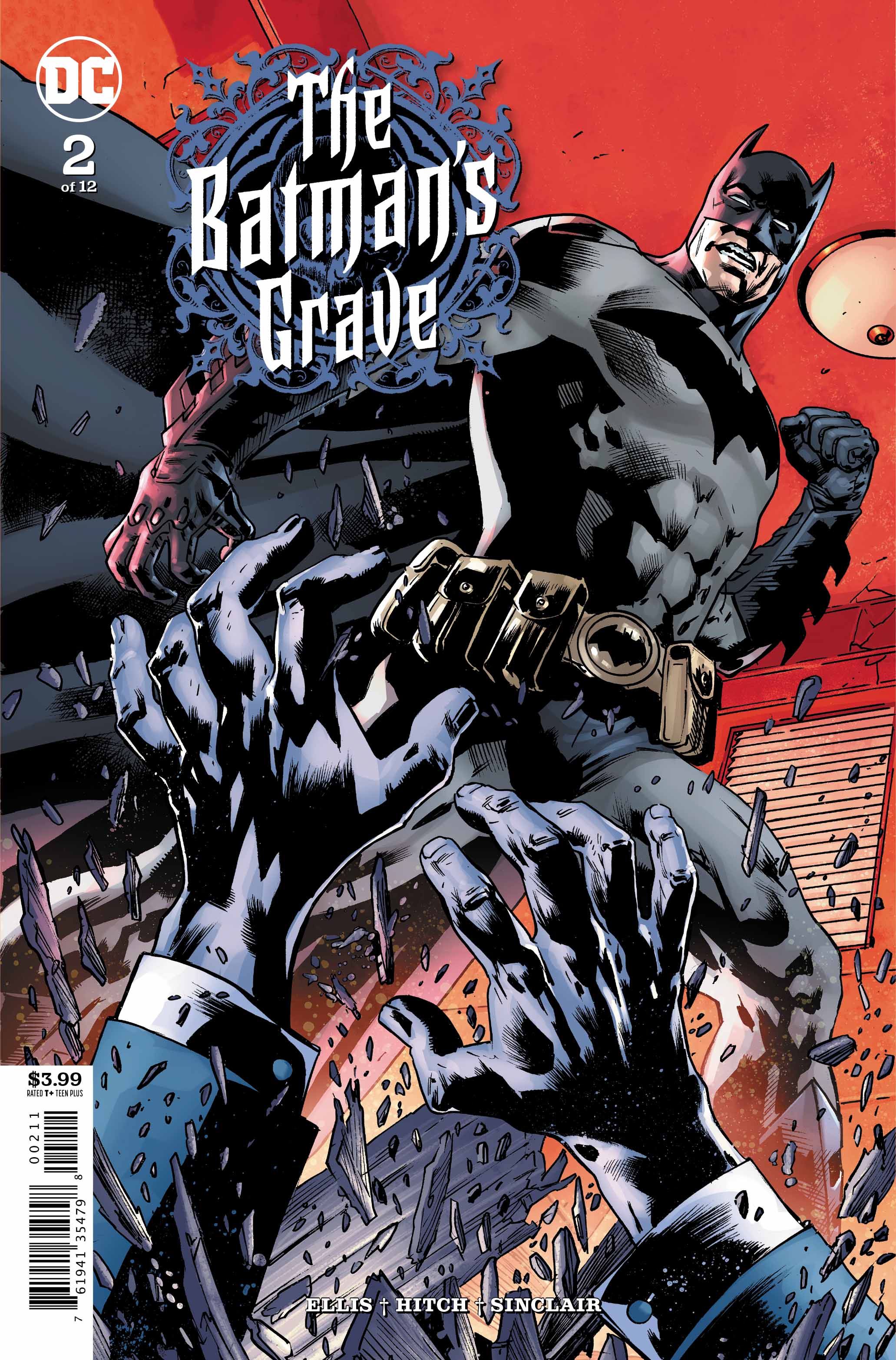 Review by Max Byrne
The first issue of this limited series from DC Comics was “part police procedural drama, part philosophical musings on Batman’s place in the world, all wrapped up with one hell of a cliffhanger ending. The Batman’s Grave #2 is certainly a simpler reading experience, with a strong emphasis on action, of the hand to hand combat variety. How strong is the emphasis? 11 pages, to be precise. Yes, Bryan Hitch displays all his flair for depicting hard hitting, visceral action, as Batman and the mysterious murderer -who has emerged from his hiding place – proceed to lay waste to each other with everything they have.
This happens to be one of the best elongated fight scenes in recent memory, with Batman taken to the very edge of his fighting prowess in order to prevail. The fact that his opponent is shrouded in mystery (until the end of the issue) adds to the unpredictability of the fight, as the Caped Crusader hasn’t got any prior experience to draw upon and use to his advantage. With an erratic and wild fighting style that echoes The Joker, this Art Garfunkel doppelganger is a worthy foe for sure. With a desperation and urgency that we don’t always get to see in a Batman fight, this is must read stuff and then some! 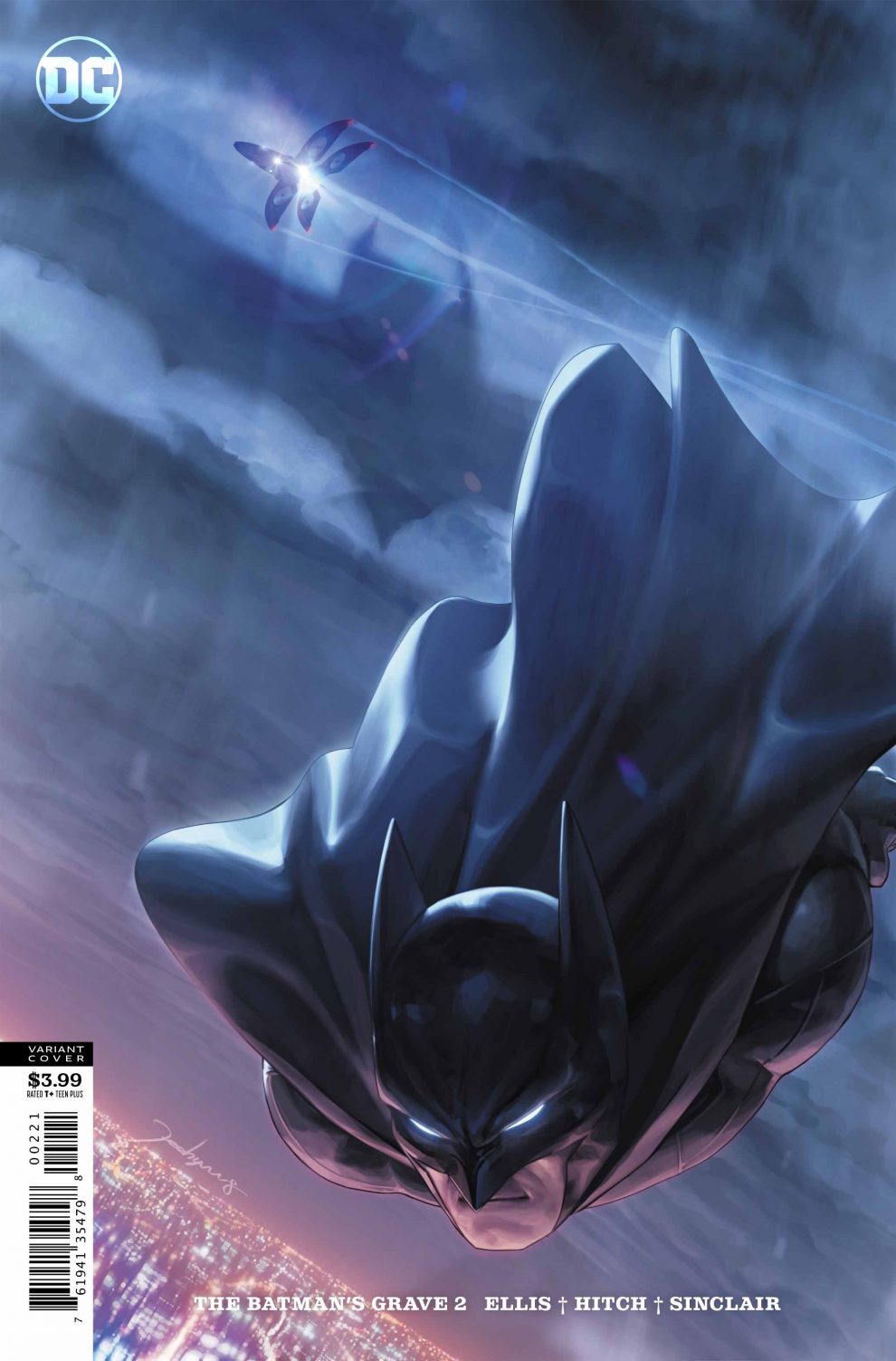 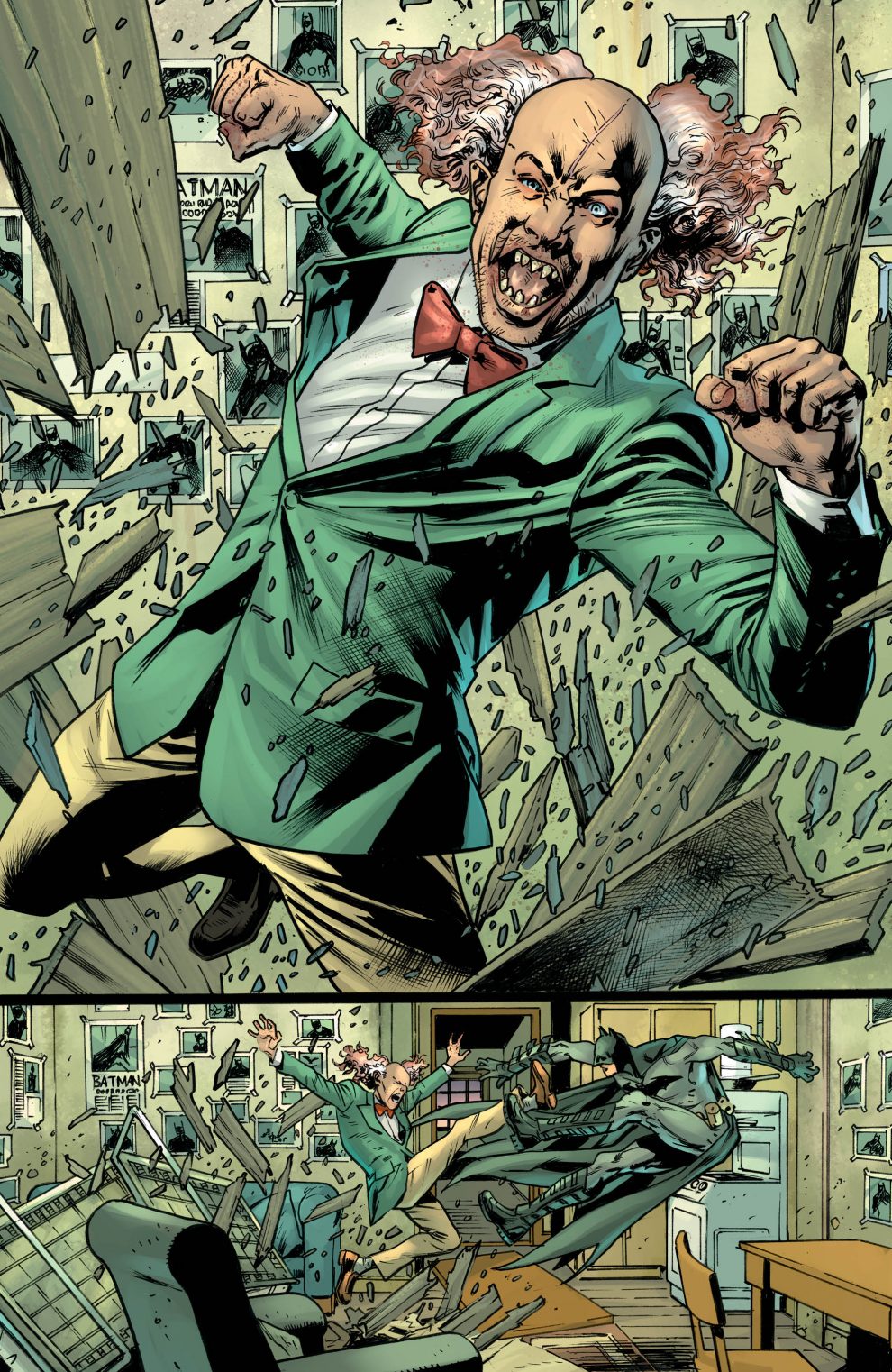 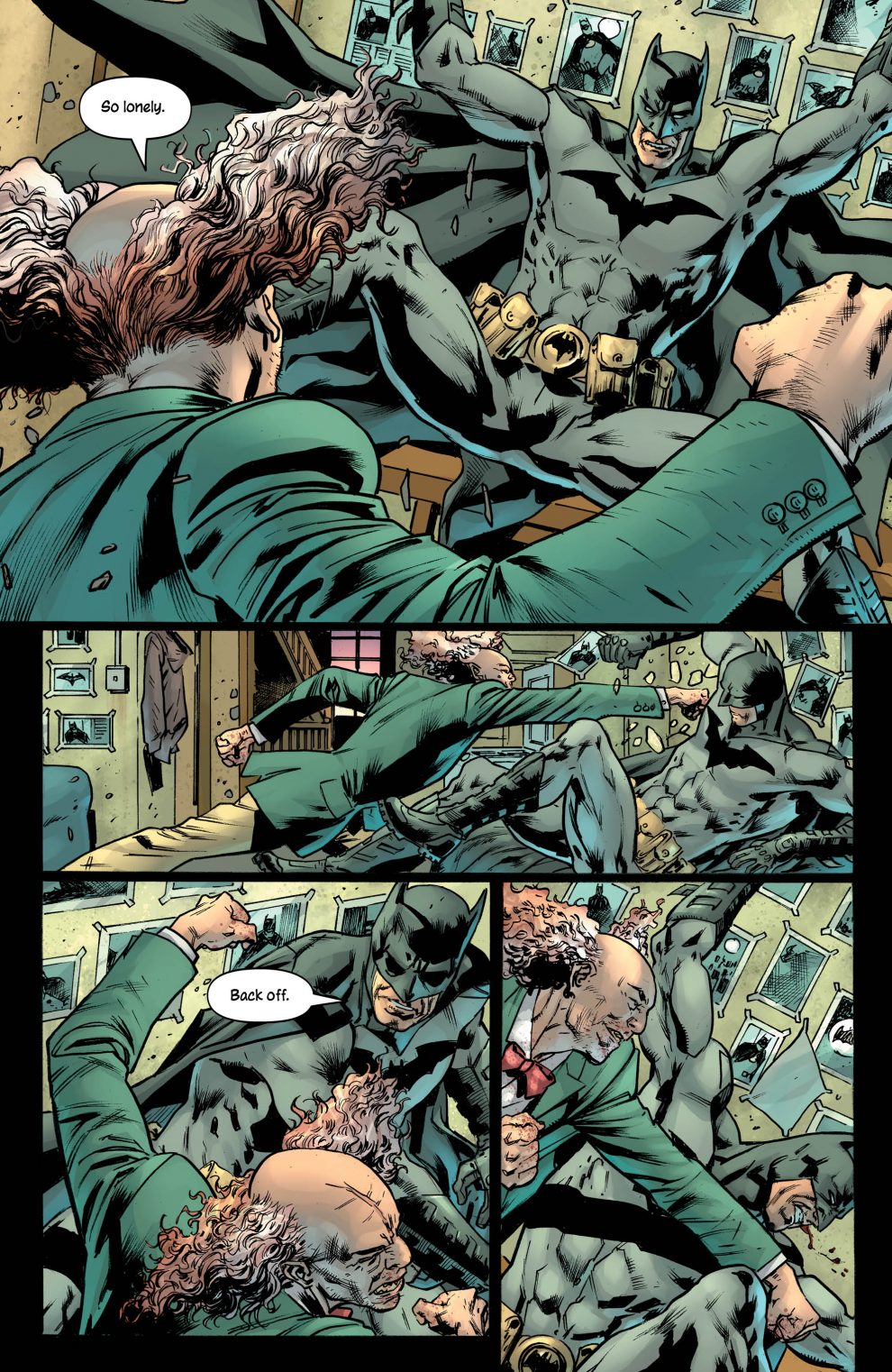 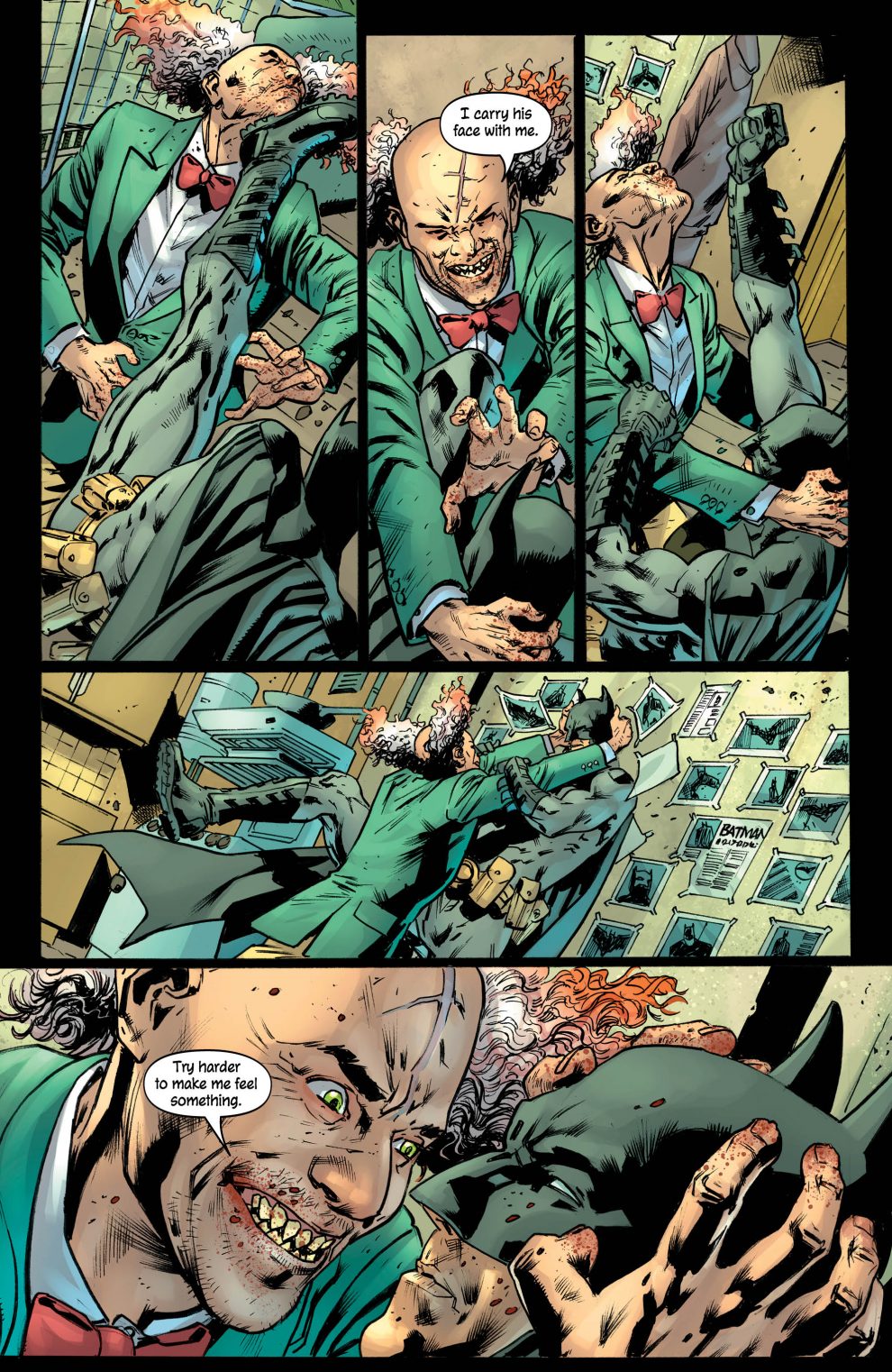 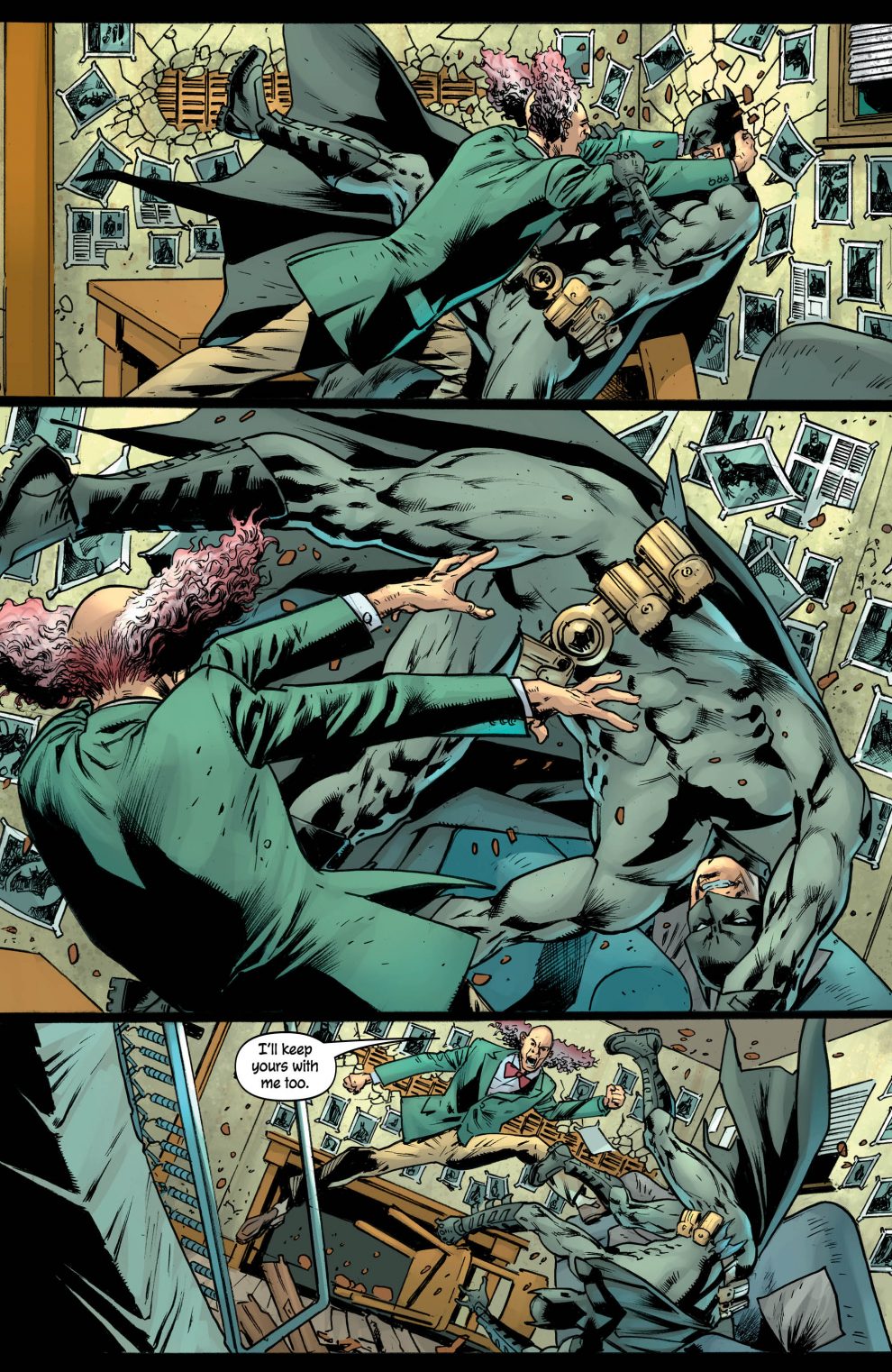 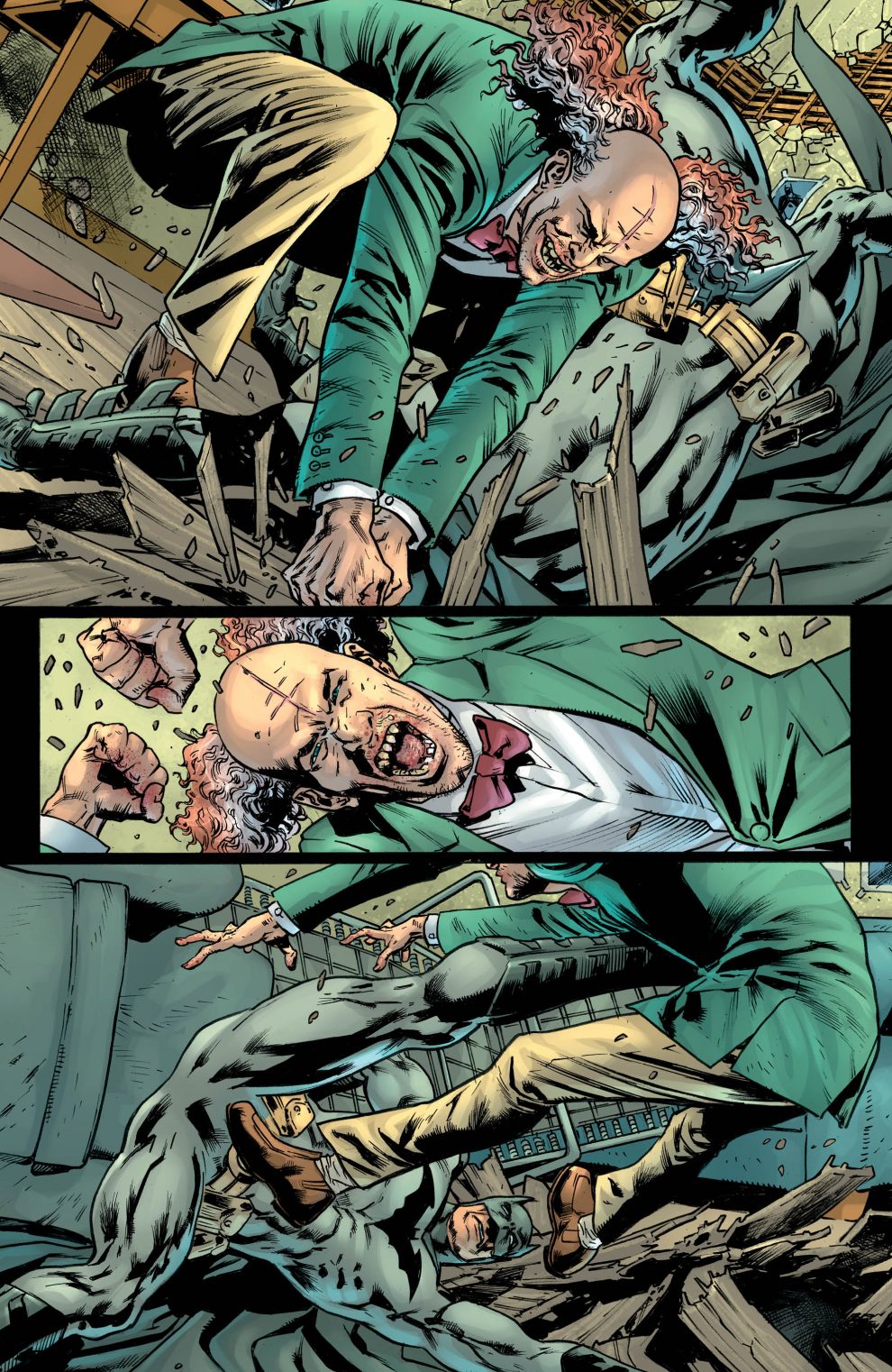 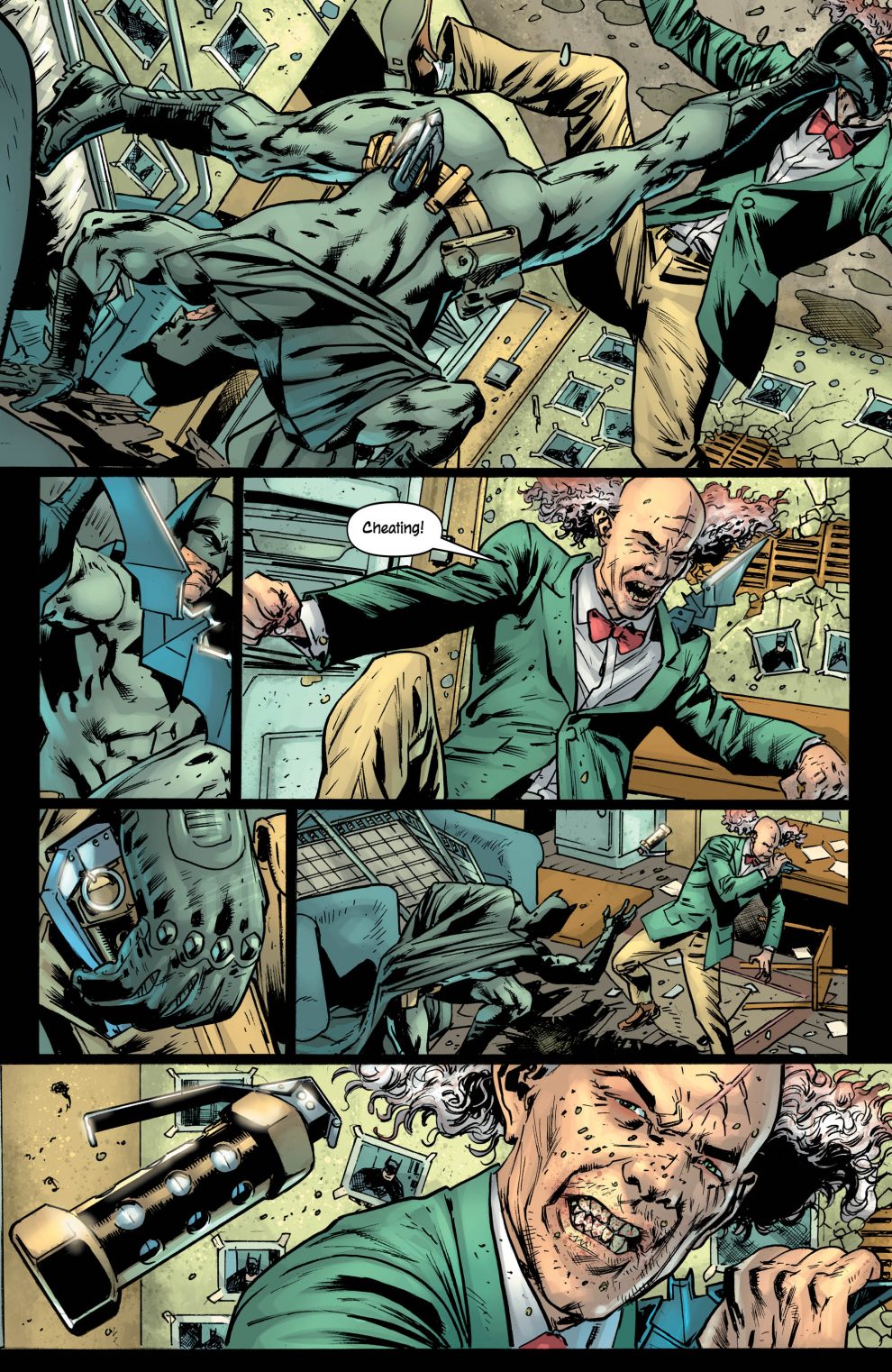 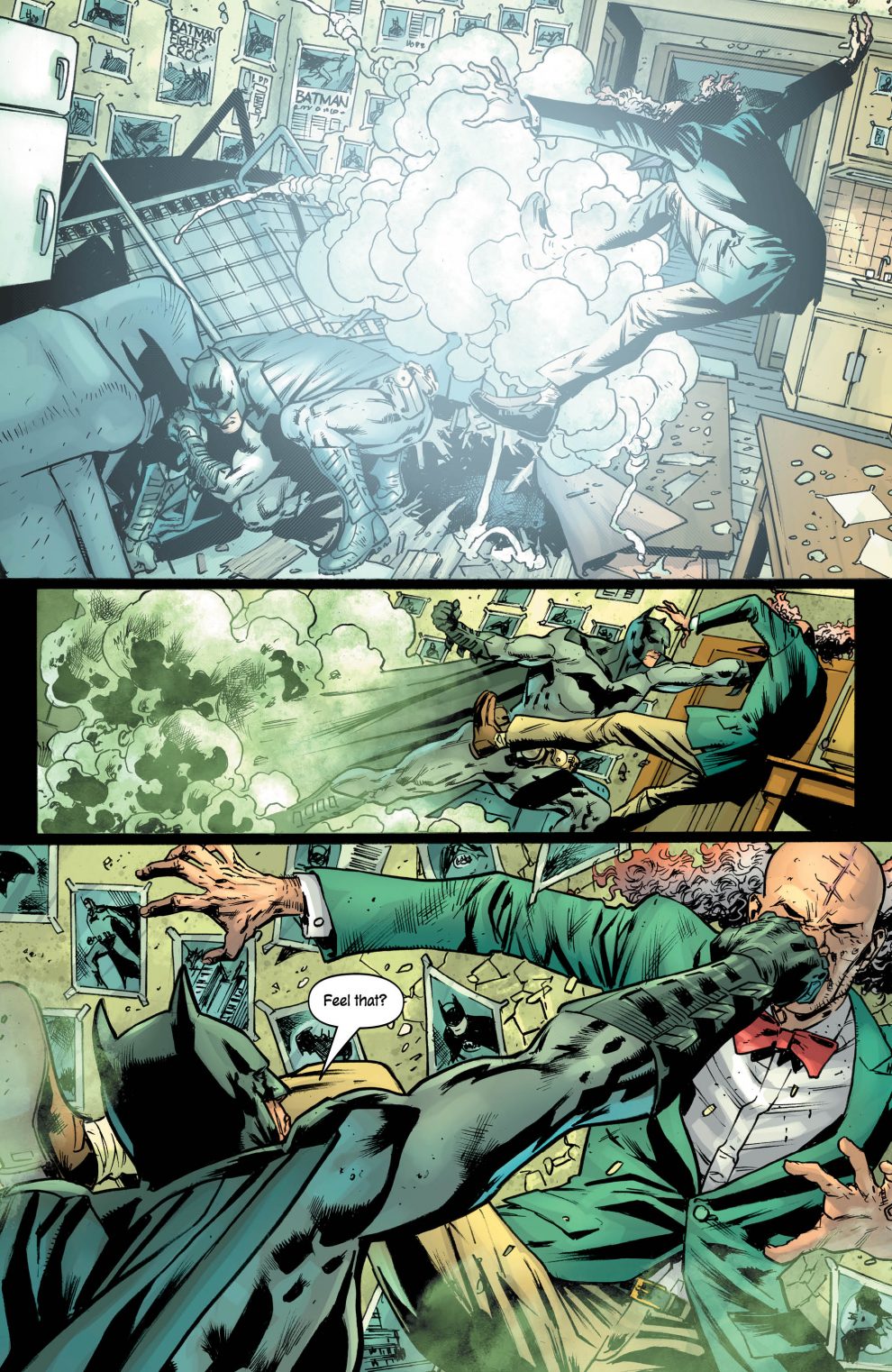 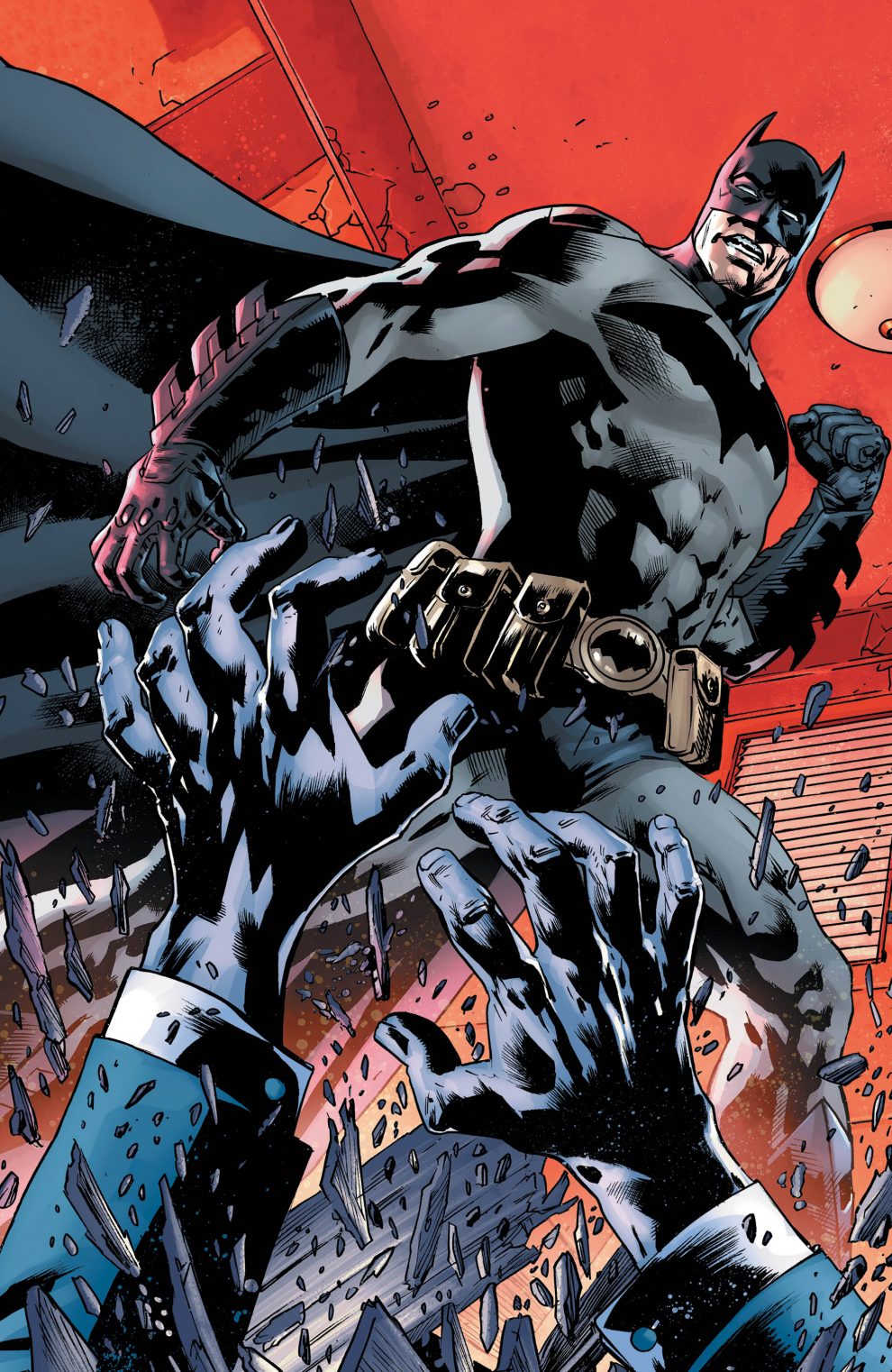 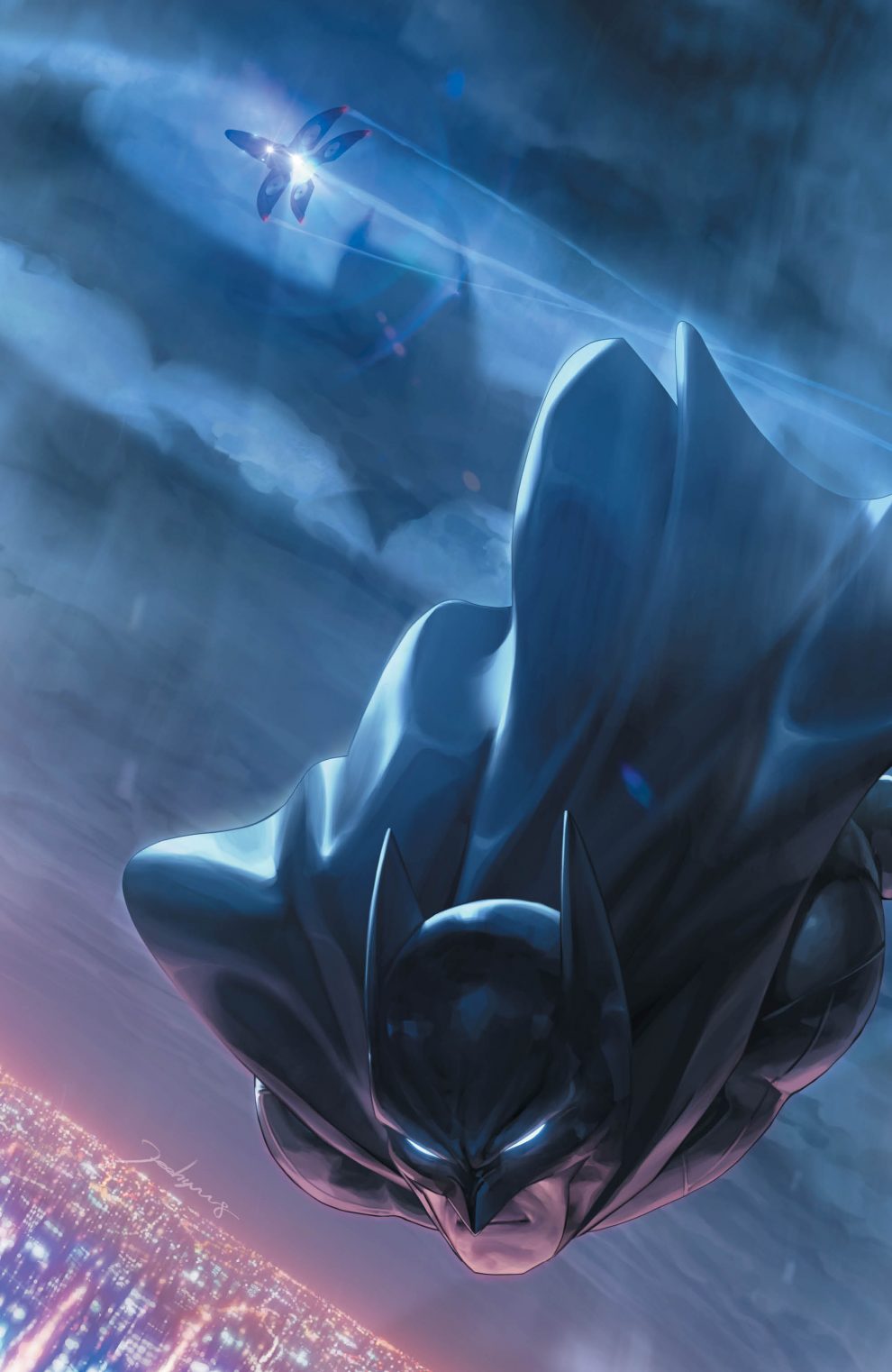 Juxtaposed with this carnage is the immediate aftermath back at Wayne Manor, a picture of pseudo-domesticity. A hungover Alfred is an intriguing sight to be sure, for once too impaired to serve Master Wayne. It’s a nice touch from Warren Ellis, as it shows the dichotomy of Bruce Wayne. One part vigilante, but also a man with a real life without the cape and cowl… albeit one stage-managed for the general public. The relationship between the two is nicely examined here, very much a case of two family members existing in a real situation, almost as if their crime-fighting mission doesn’t exist. We’re seeing Bruce Wayne the man, if only for a couple of pages.
With an ending to the issue that sets up Batman’s next case, this limited series is really gathering pace. As the story unfurls through its 12 issue run, I get the feeling that this is definitely a series worth getting invested in, with rewards for the reader if they do so.

This is an issue that gives the reader their fix of action in its first half, and then a more measured, cerebral approach in its second half. The creative team of Ellis and Hitch have hit the ground running and have created a title that promises much. With mysteries yet to come and more of an explanation in the pipeline for the graveside scenes in Issue 1, this run should send the reader on a journey that involves many twists and turns.