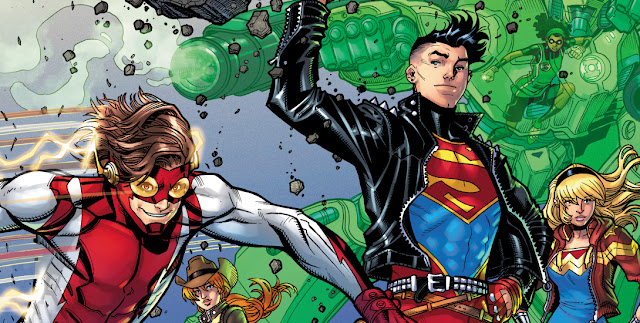 "Lost In The Multiverse" - Part Four 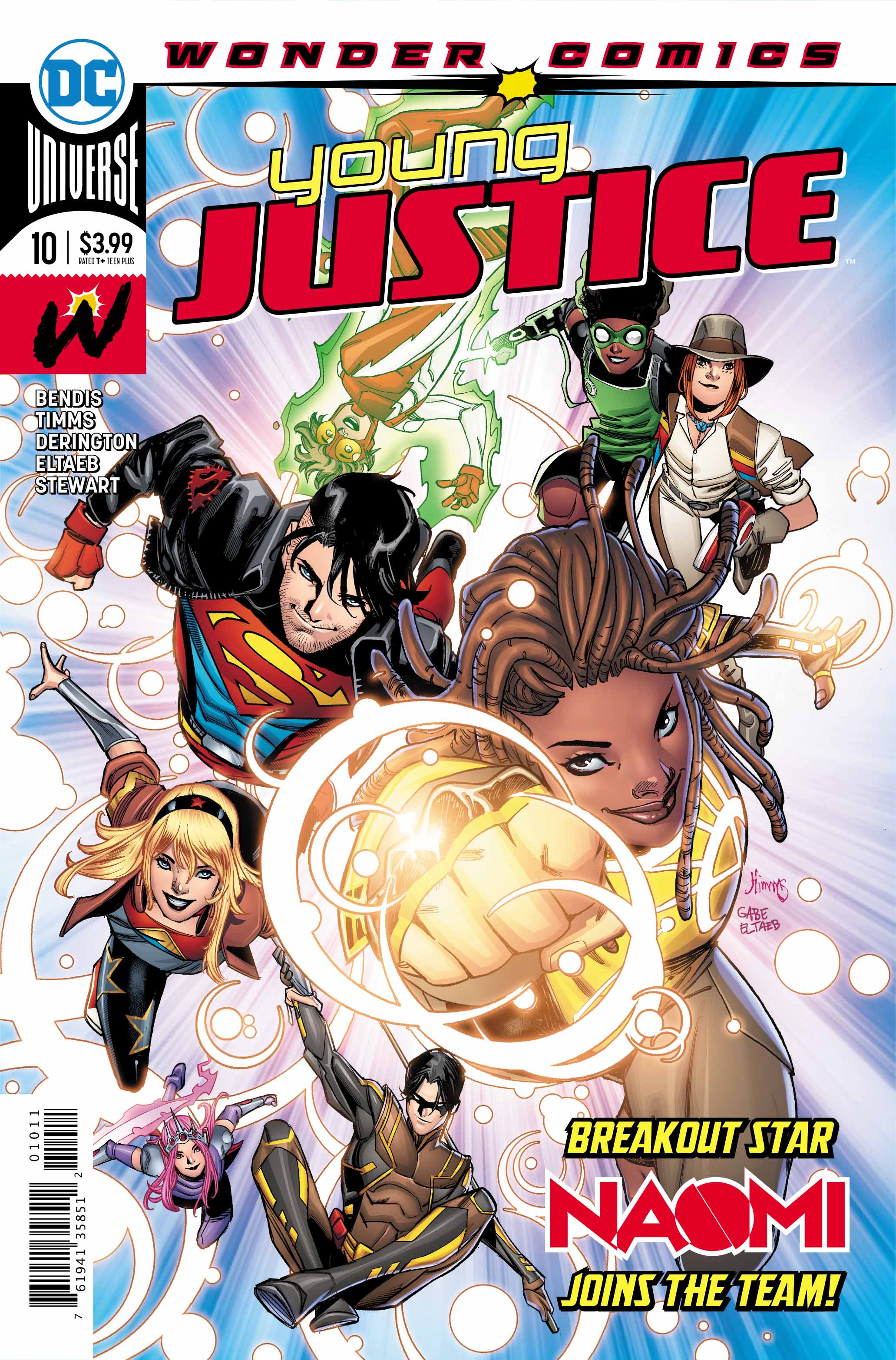 Young Justice #10 has dropped out of the multiverse and landed on our shelves this week! Brian Bendis has continued his trend this week too, giving us more information about the one and only Jinny Hex.
Last issue ended with our young heroes looking a little worse for wear, looking for a way out of the multiverse and back home whilst continuing to fight evil versions of themselves. We also got the first look at Tim’s new costume and code-name!

What’s In A Name?

Tim Drake’s new costume is fantastic. It’s so sleek, and completely different from anything we’ve seen him wear before. It kind of reminds me of something that Dick might wear as Nightwing. The colours are also similar to his colour scheme as Red Robin, while being just different enough. I look forward to seeing it action some more and discovering any new tricks that Tim may have up his sleeves. Simply put, I love the redesign by John Timms & Nick Derington. Drake is a much cooler name, too, and it’s about time that Tim got out from the ‘Robin’ mantle. 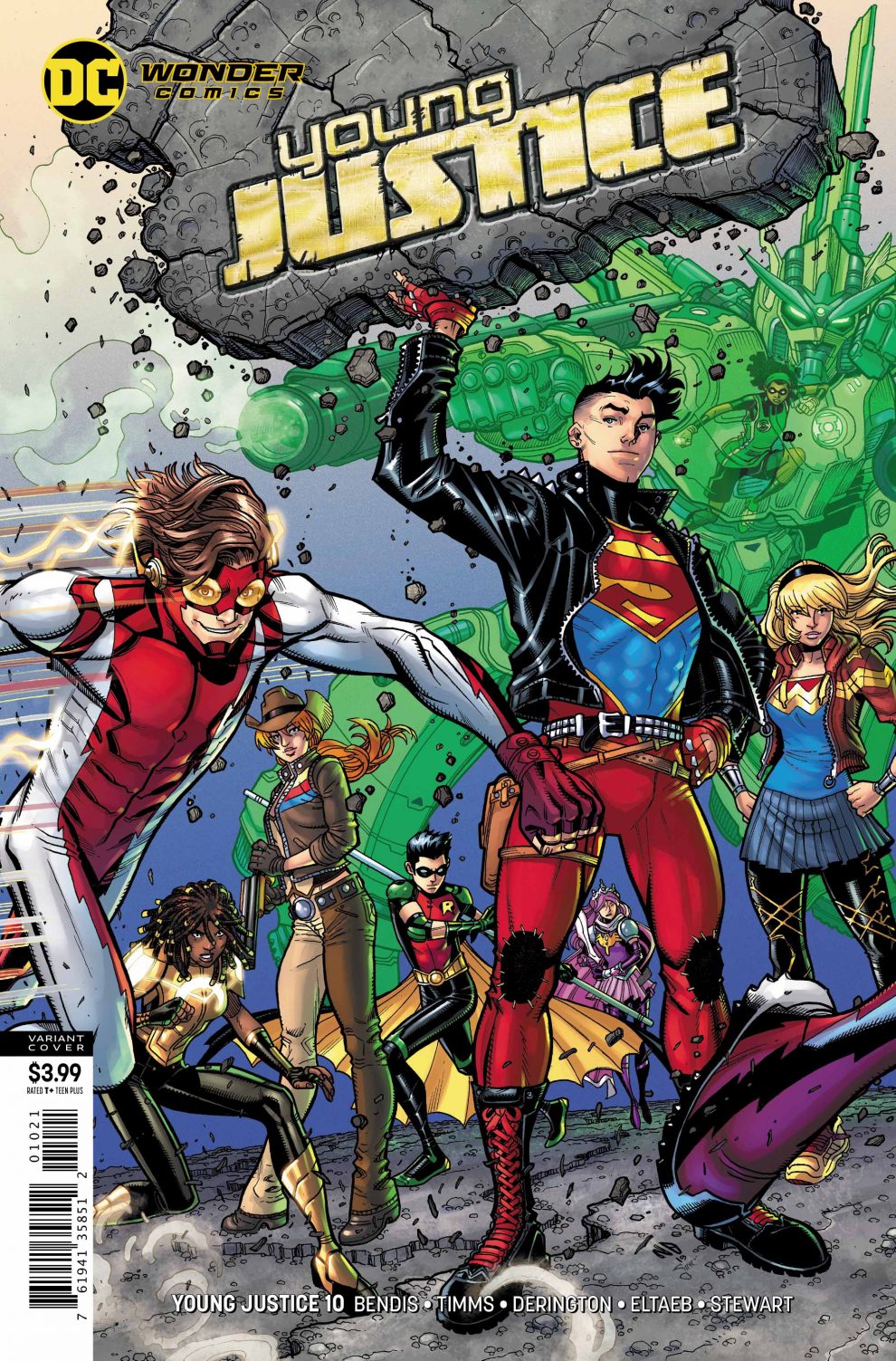 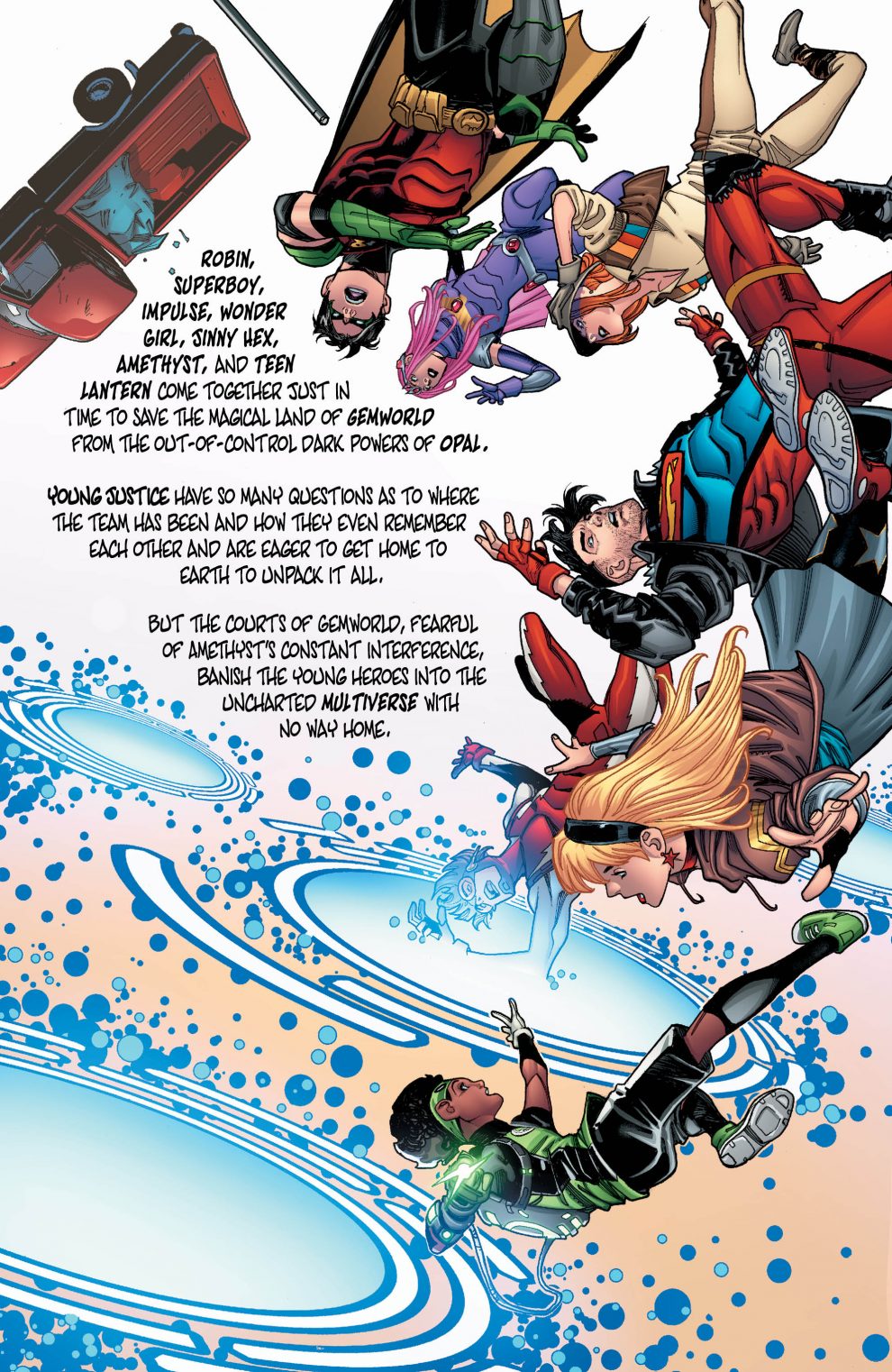 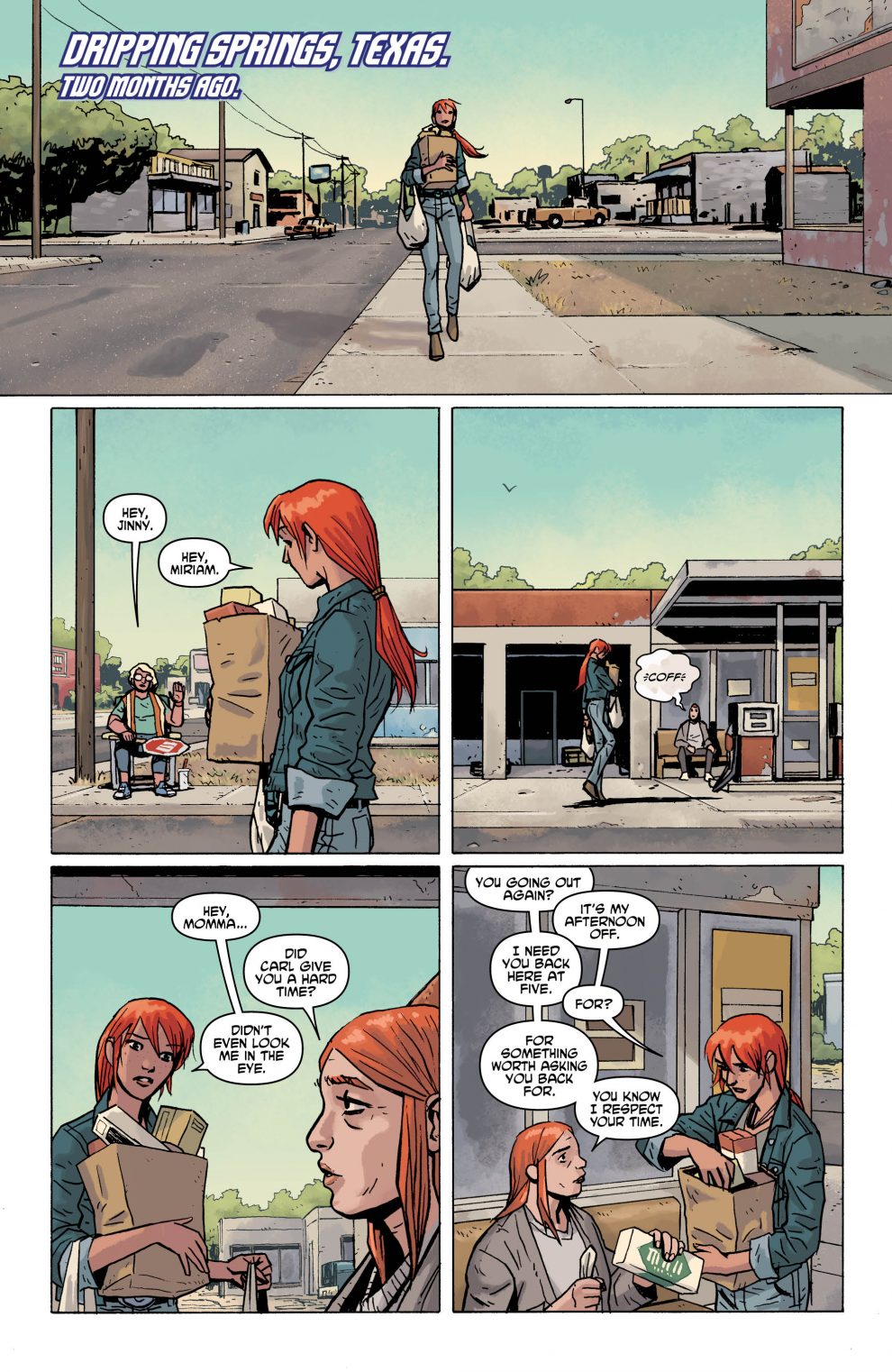 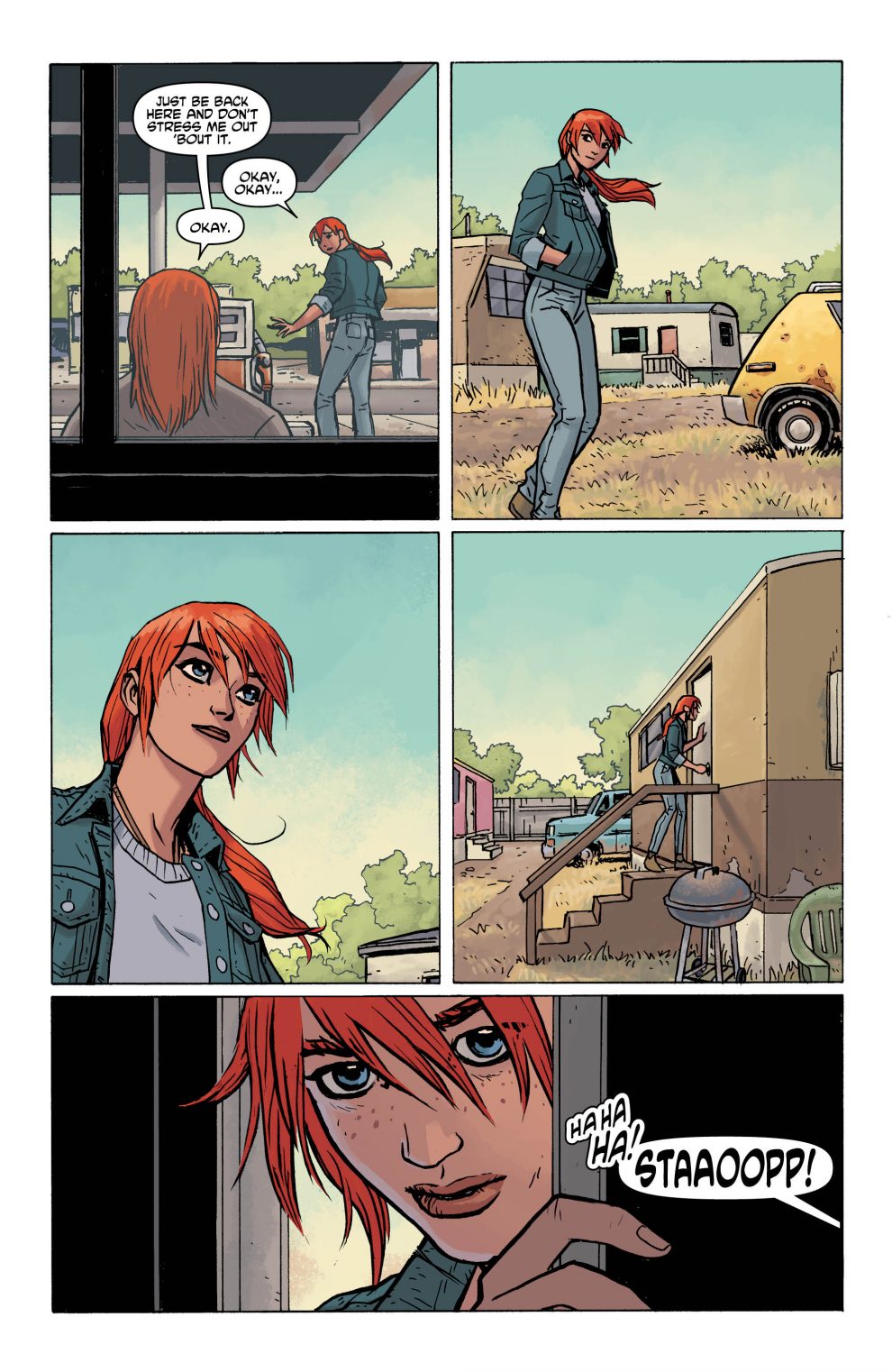 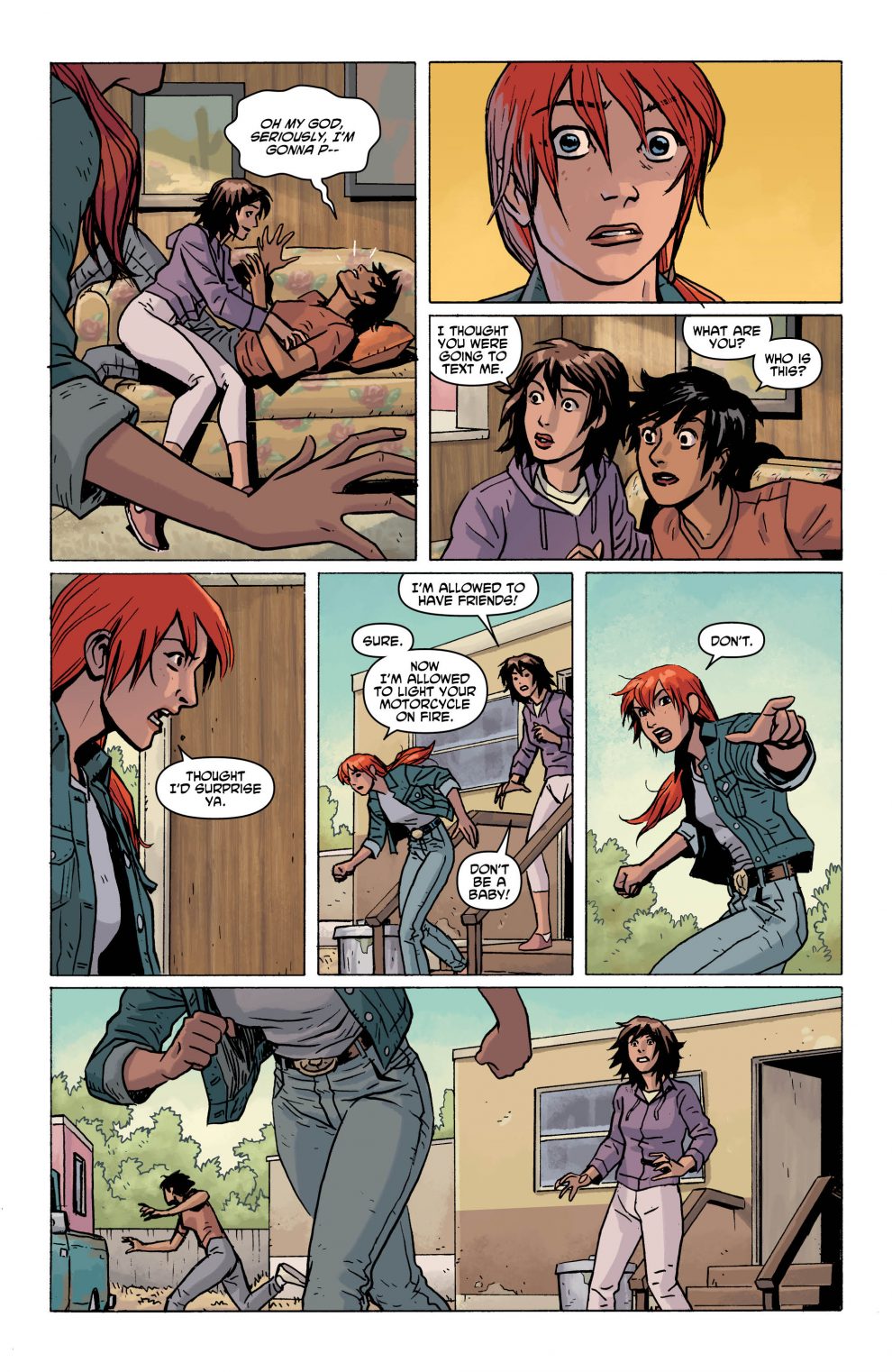 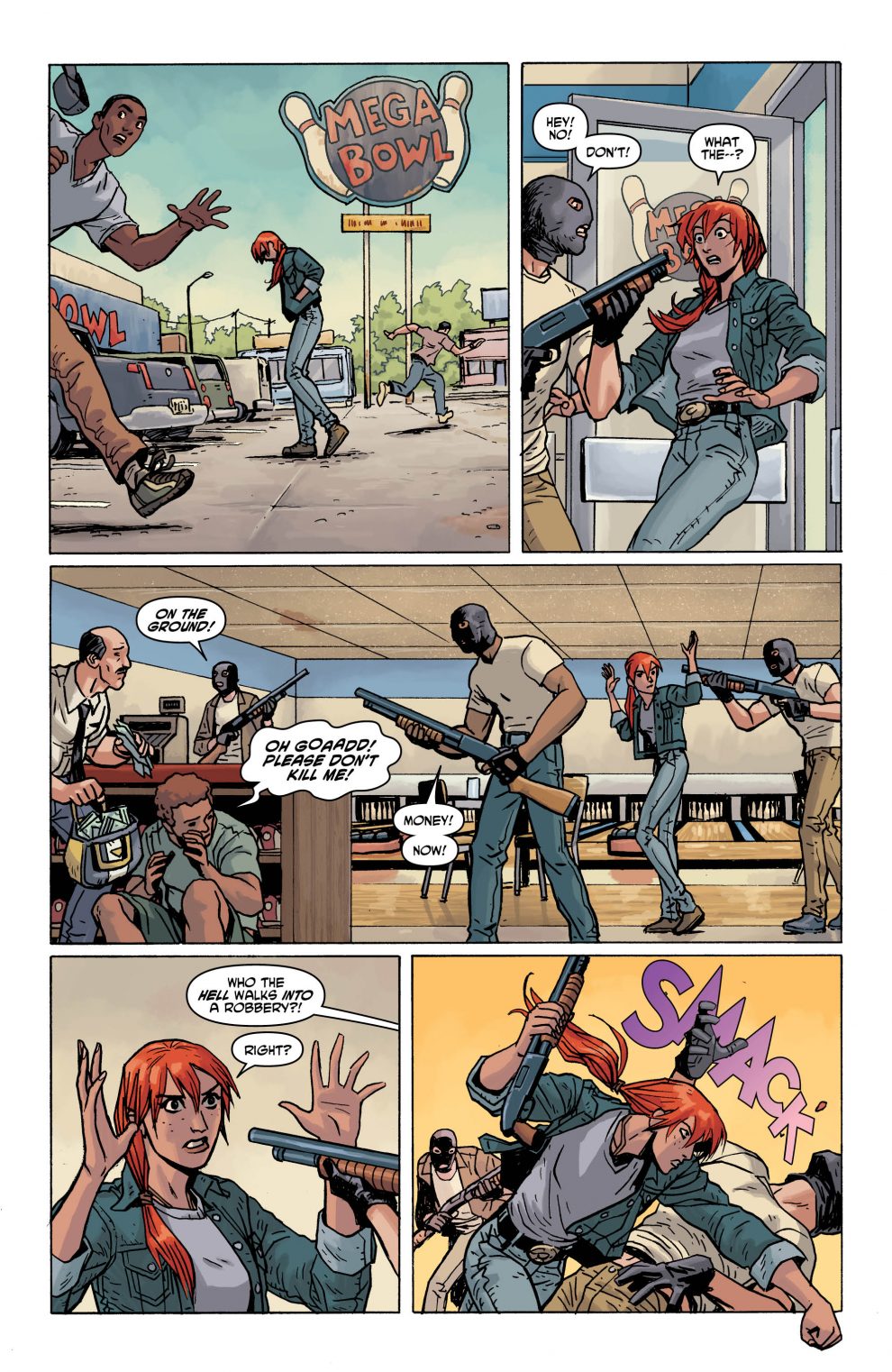 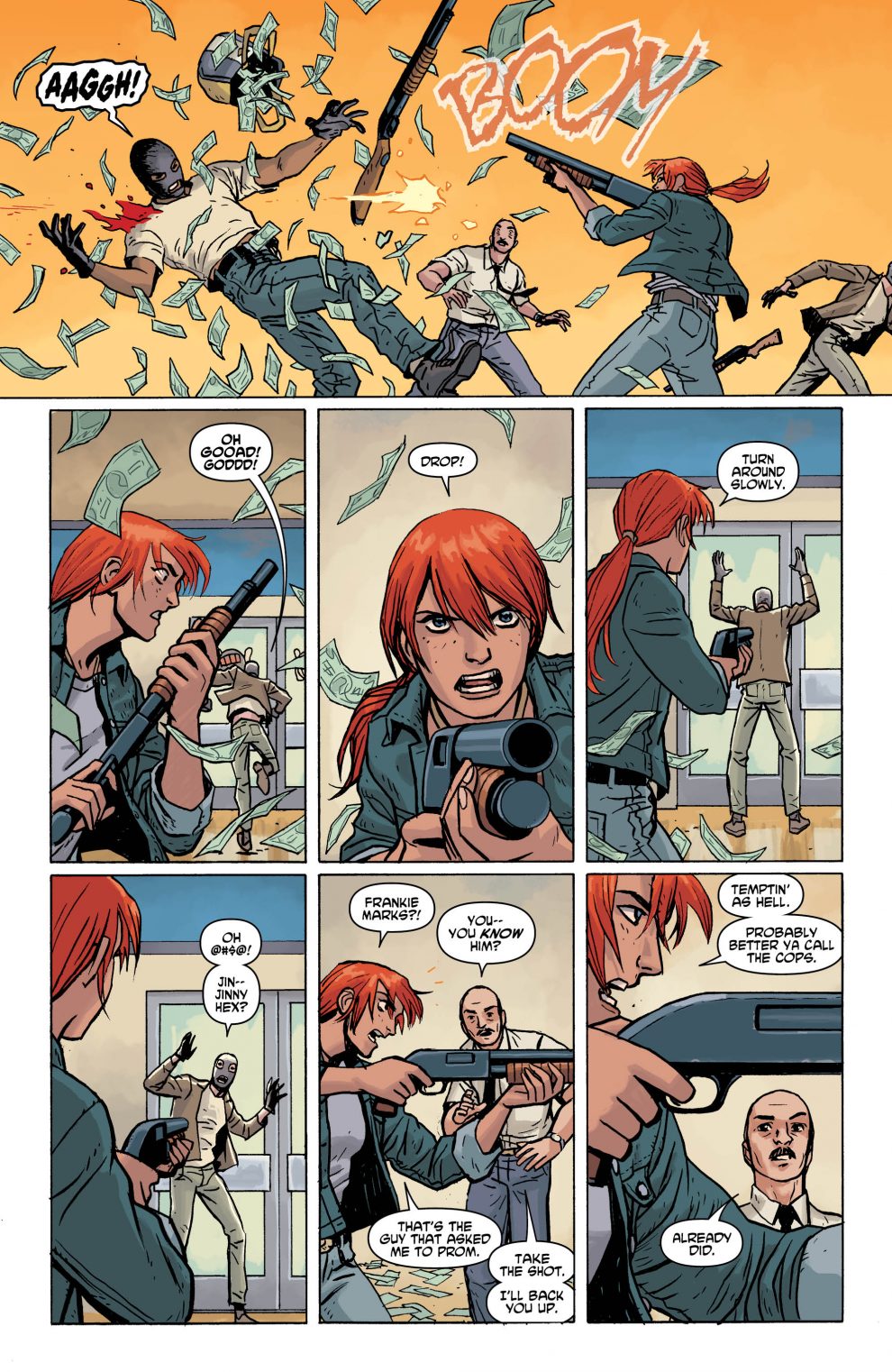 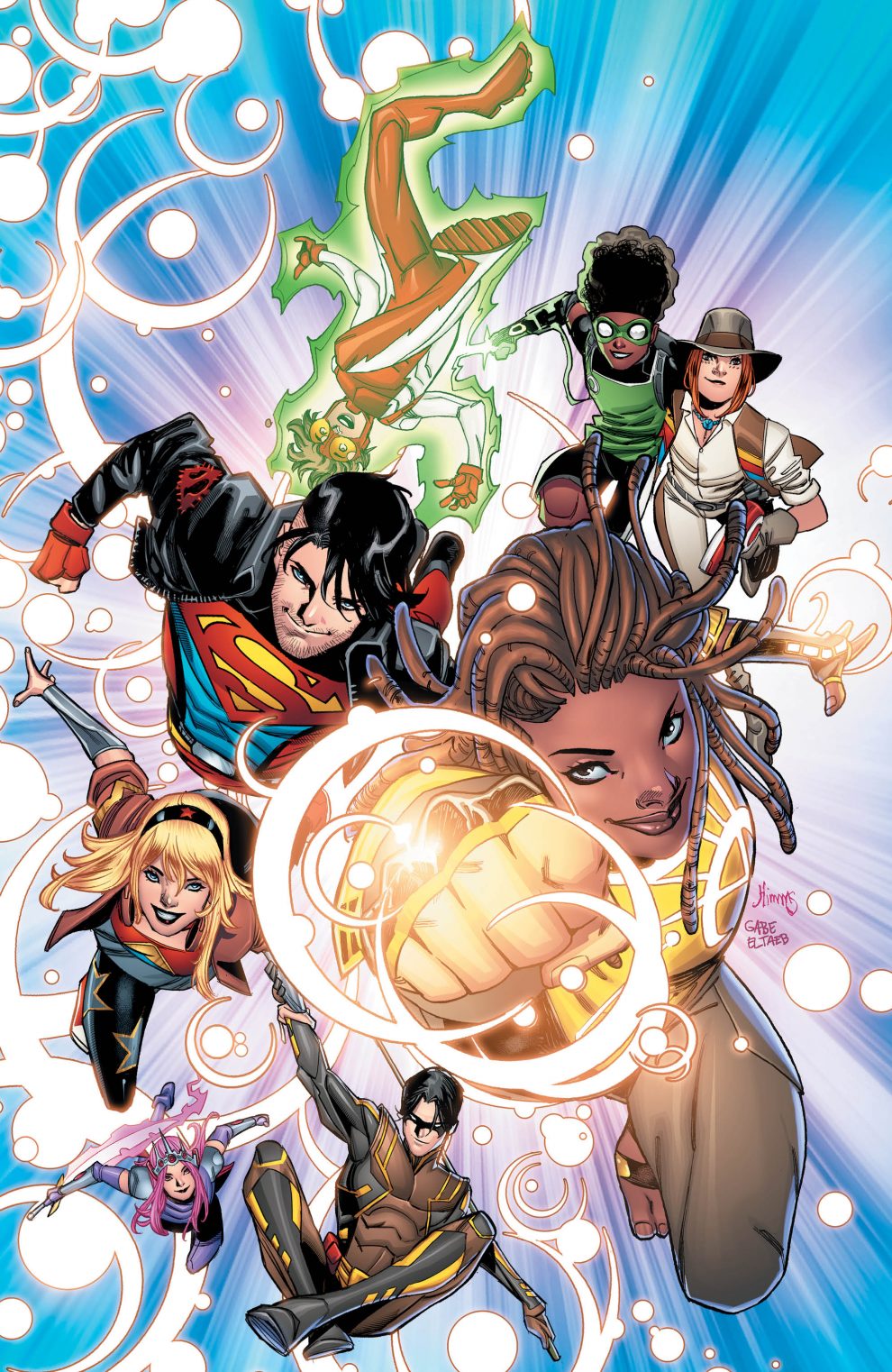 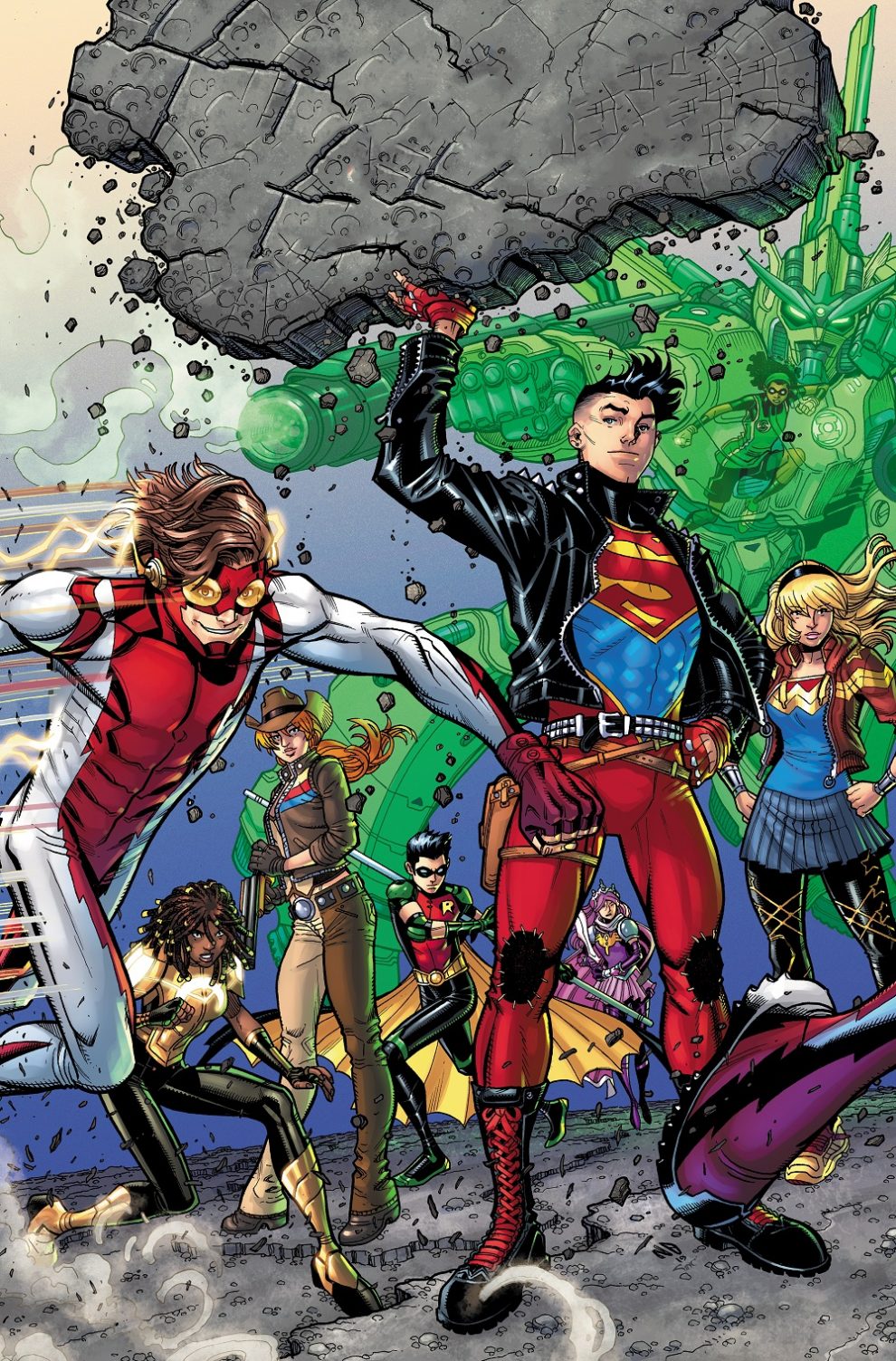 The Hex family have some very difficult history of their own… starting off with Jonah and following through the generations to Jinny. The biggest mystery so far in the Young Justice comics has been what’s in Jinny’s box, and this issue we get to find out. Turns out it’s everything. Everything is in the box.

Serving Up Some Young Justice!

The Young Justice team is really coming together. I feel like things have been pretty hectic since the first issue, and they really need to try and calm things down and to get to know each other more. There have been some throw away lines that might want further looking into, too. The main thing is also that there’s still no real leader, though the newer members seem to follow the older members for the most part.
I can definitely see Drake and Superboy leading the team together. With Wonder Girl providing a calm head and voice when the two come to odds. Sound familiar?
The team are currently moulding into a mini Justice League and I love it!

Young Justice #10 was another well written issue. Bendis seems to know the characters very well and even surprises us with some twists and turns. DC obviously trust him to give him permission to redesign a fan favourite character like Red Robin.
Although there were two artists working on this issue it was very difficult to tell that. The colour artists also manage to keep it relatively the same throughout the issue.
I always look forward to this comic. I love Young Justice and everything Bendis and the team are working on over there. Bring on issue #11!