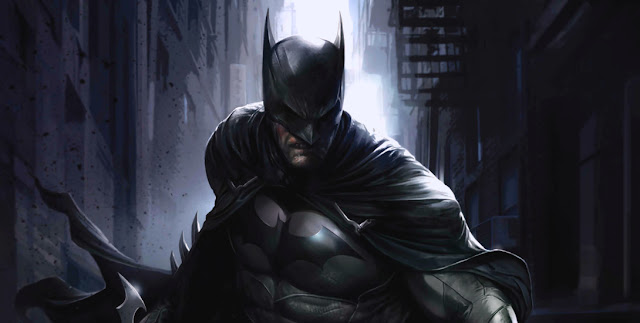 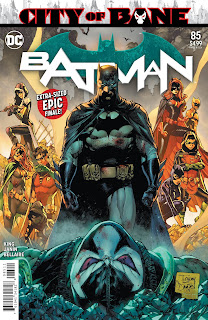 So, the end has arrived. After a seminal run that has spread across over 80 wonderful issues and 3 and a half eventful years, Tom King's magnum opus has reached its final curtain. It's been a run that's been engrossing, challenging, heartbreaking, thought provoking and, ultimately, incredibly rewarding. It's my opinion that in the years to come, this run will be fondly remembered and take its place amongst the very elite.

Crafting a story arc that has lasted this long is a herculean task and the sheer work involved should not be underestimated. With events that literally took place years ago being revisited to drive the final narrative, the multi-layered and subtle changes of direction that King has employed has massively resonated with me, as a fan of subtext and symbolism.

The biggest question mark hanging over this issue was whether or not the ending would be satisfying enough to satiate the fan boys sufficiently. In my opinion, this issue and the whole run, in fact, was expertly crafted. True to previous form, the timeline of the book is non-linear. Literally picking up where we left off in issue #84, with a prone Bruce at the mercy of Thomas Wayne. What we get from there is a constant flip-flop, back and forth between the events that ensue in that room, and what followed, after the generational confrontation was over.

Whilst some naysayers might argue, with some justification, that this effectively acts as a spoiler for who comes out on top in the battle of the Wayne men, I applaud this choice as it works very well as a storytelling device, showing the stark contrast in life for Bruce in a pre and post Thomas world. 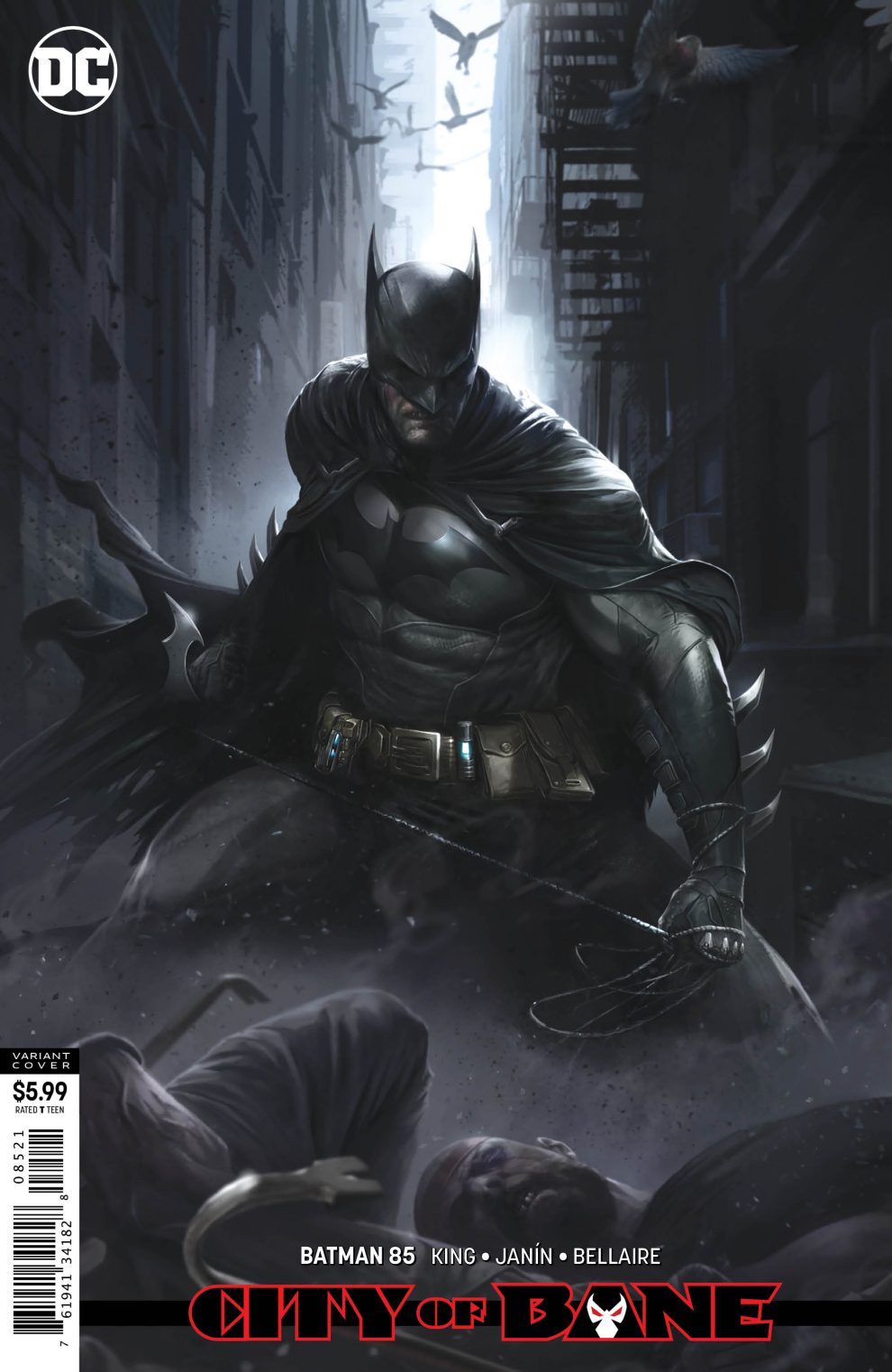 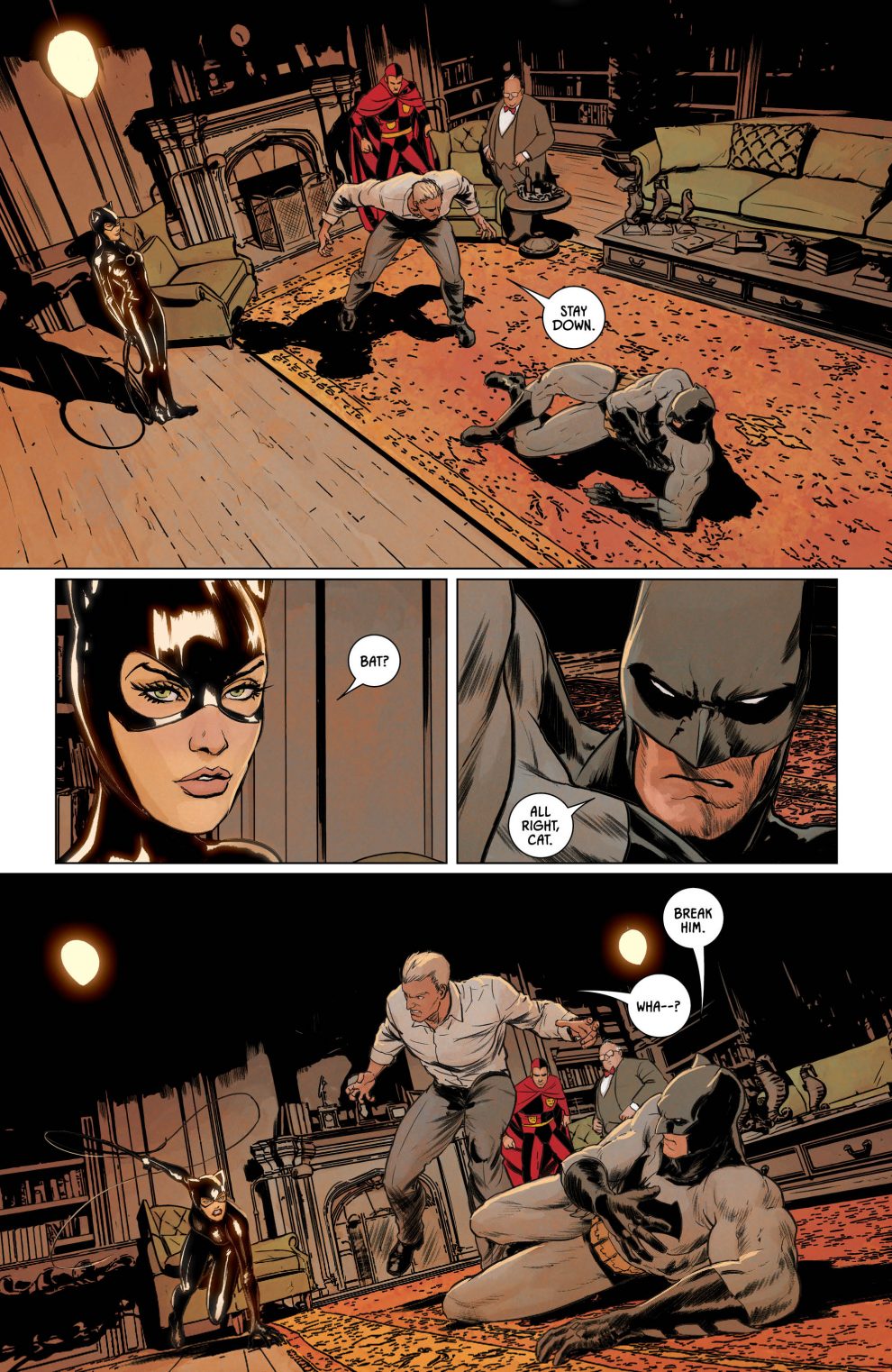 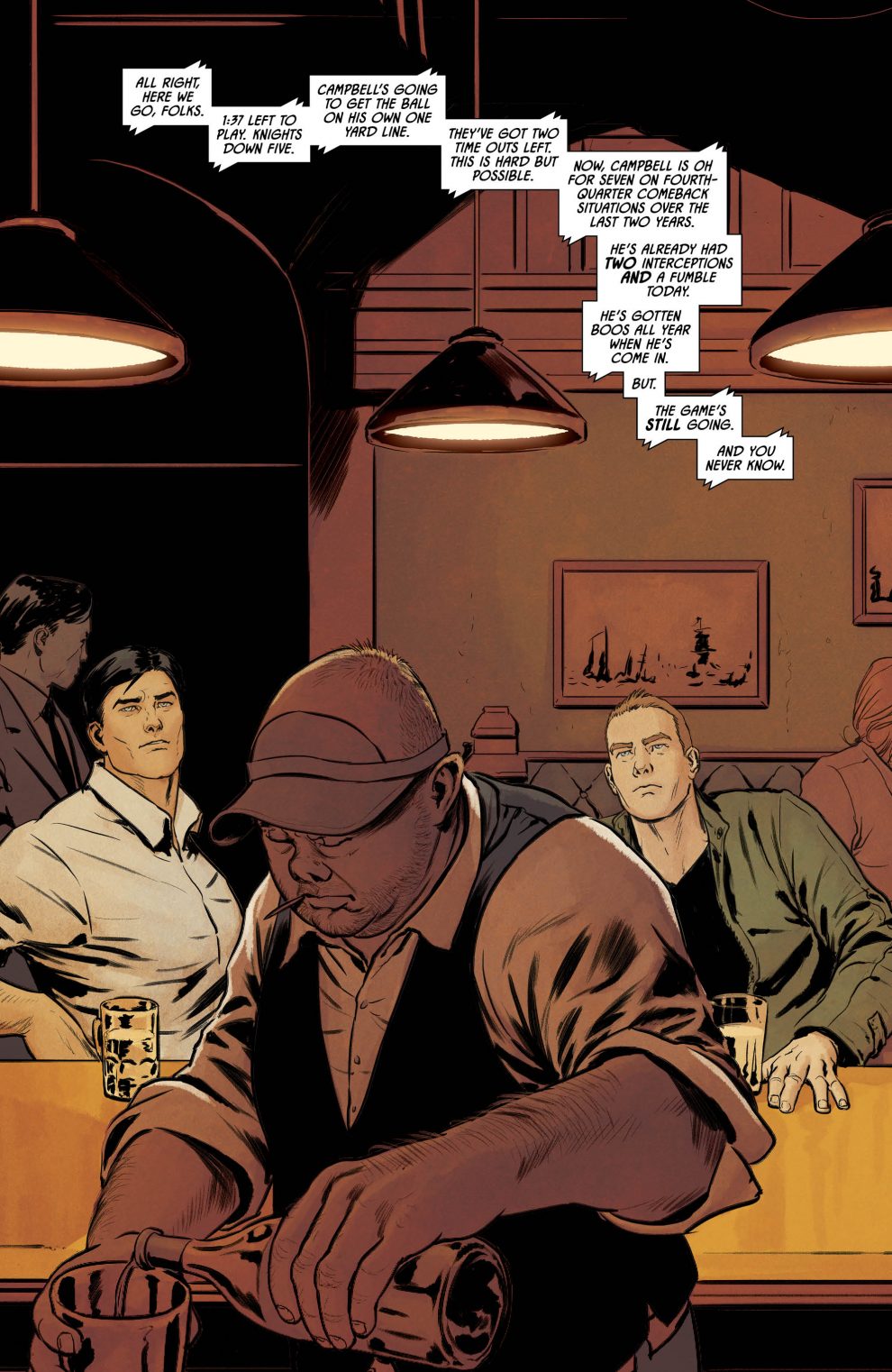 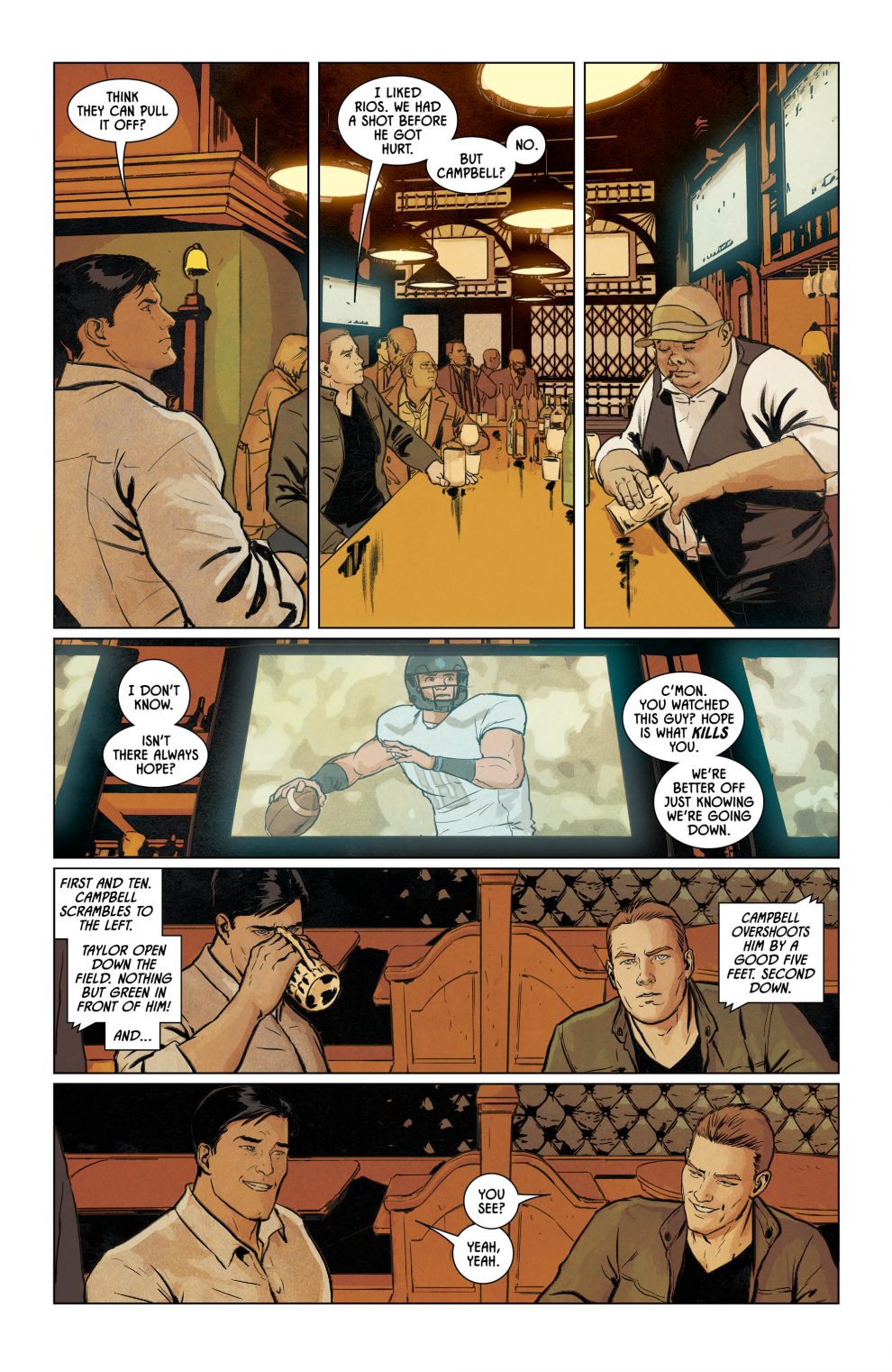 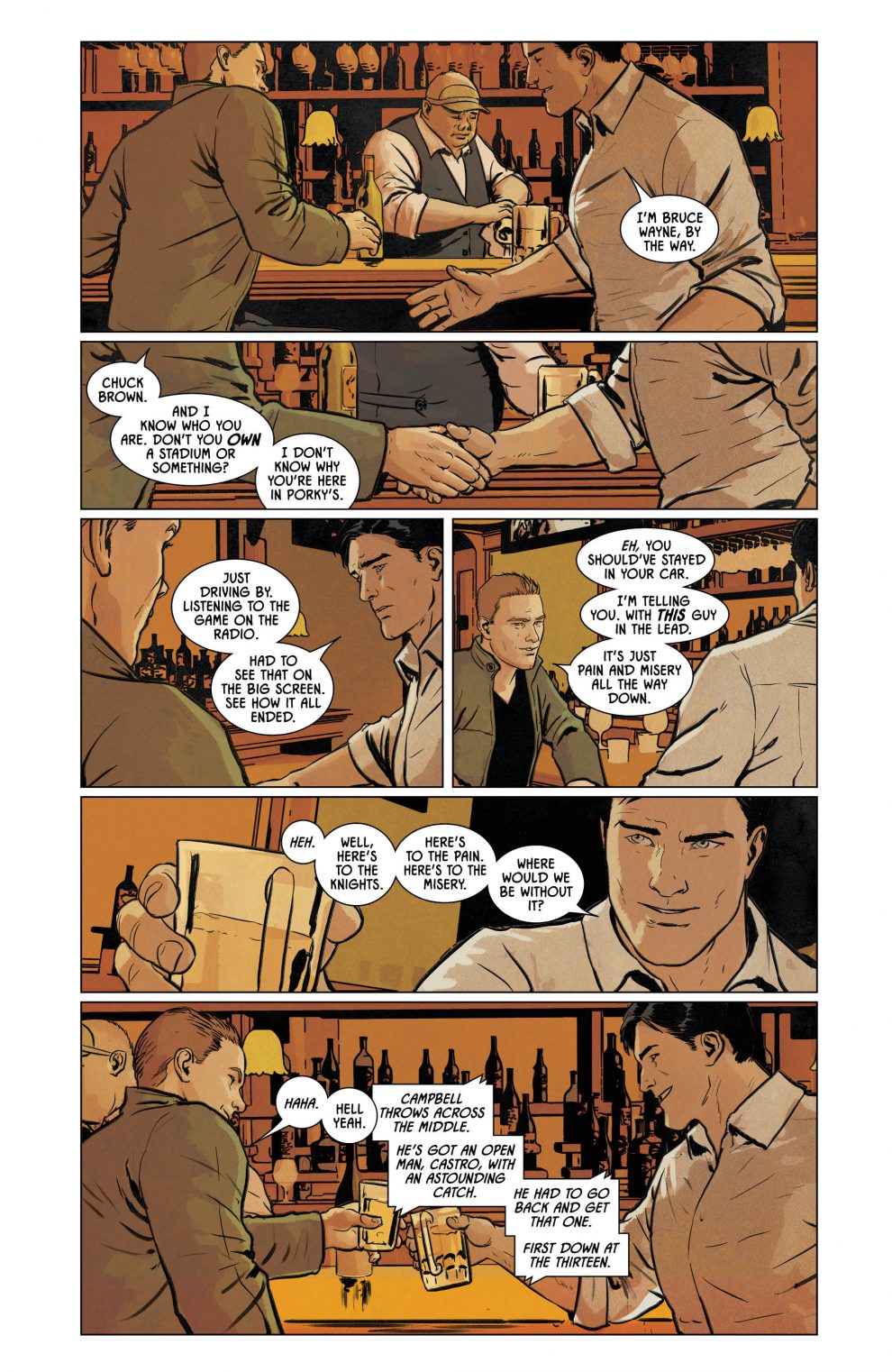 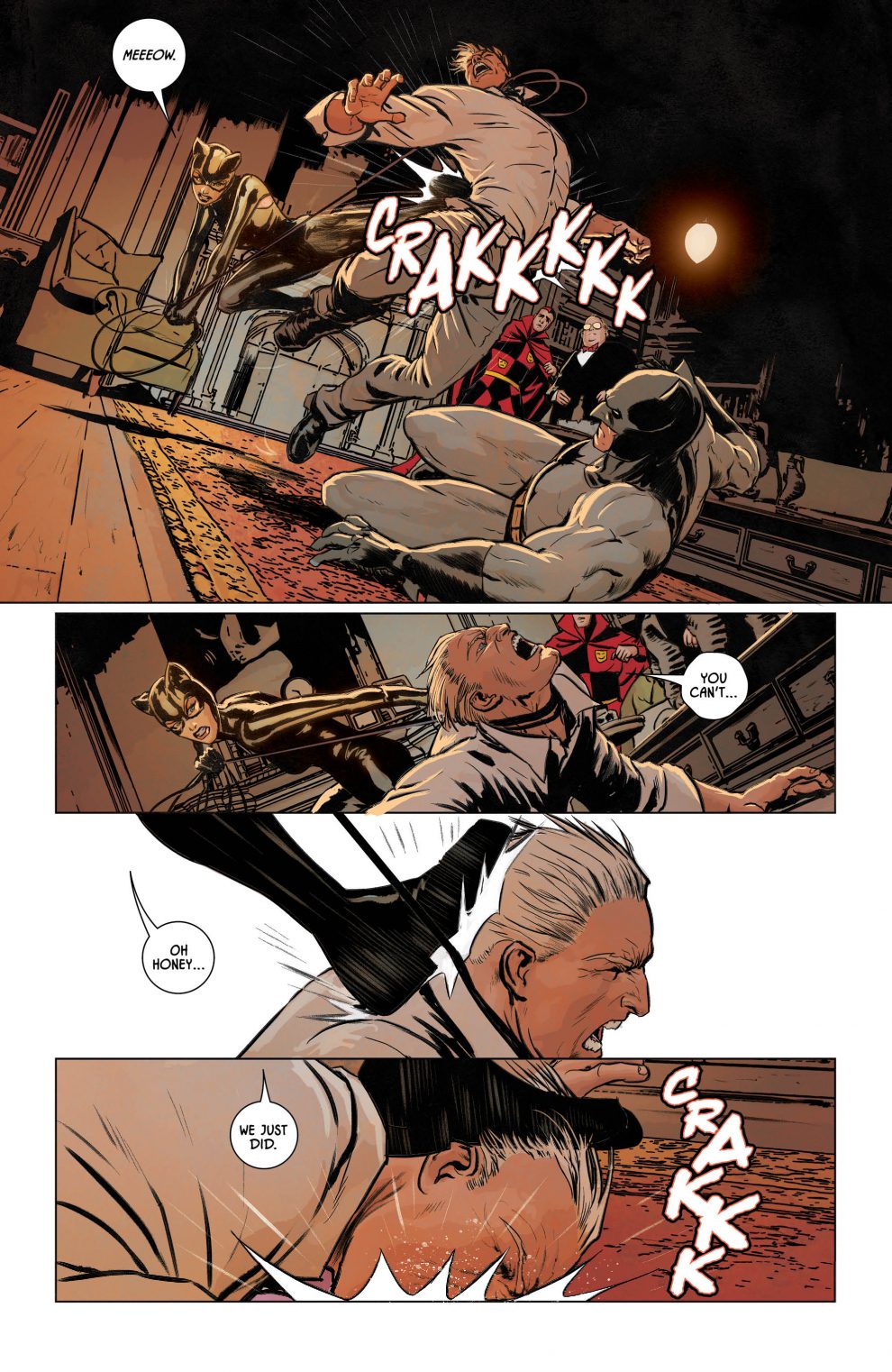 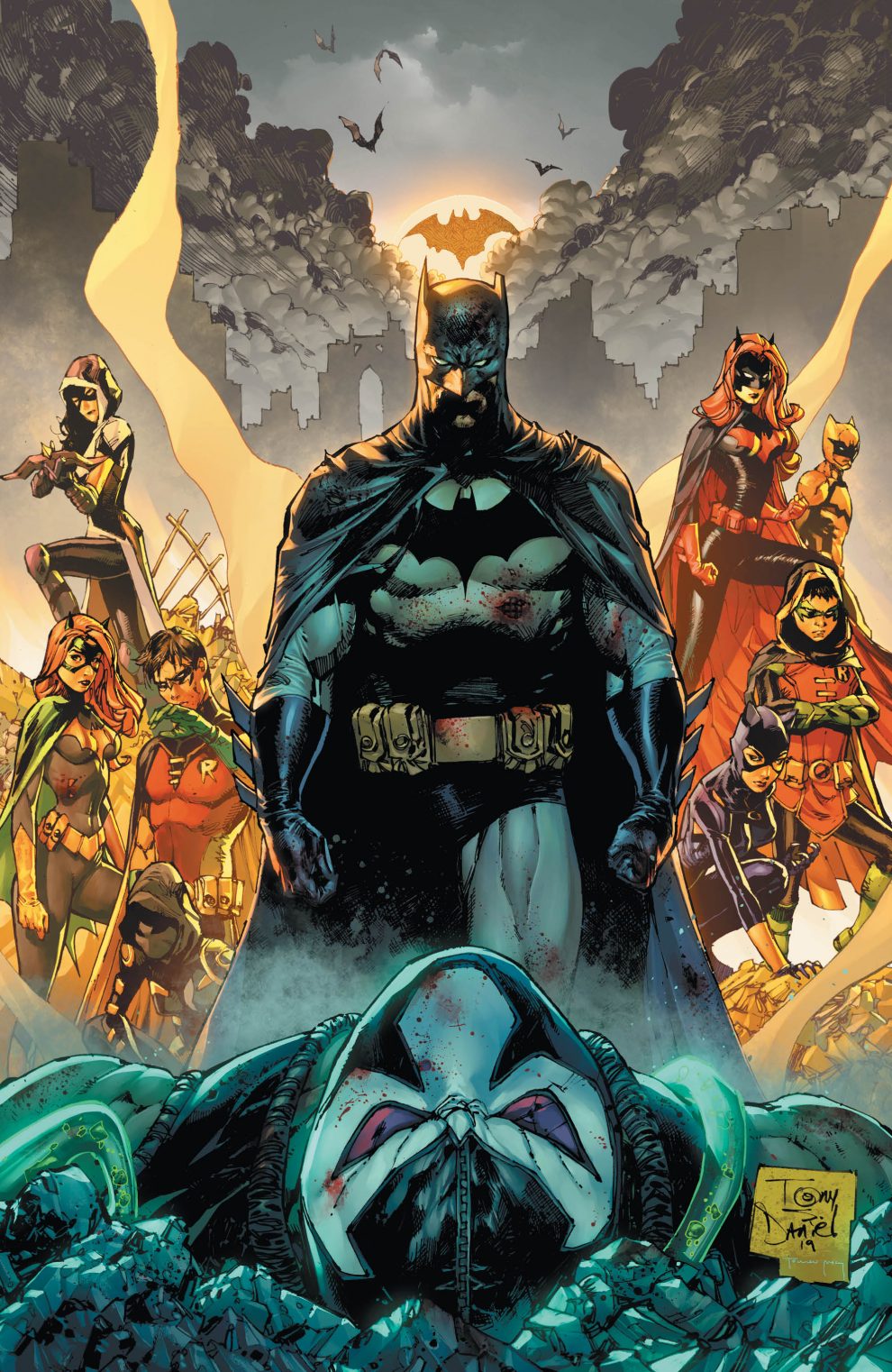 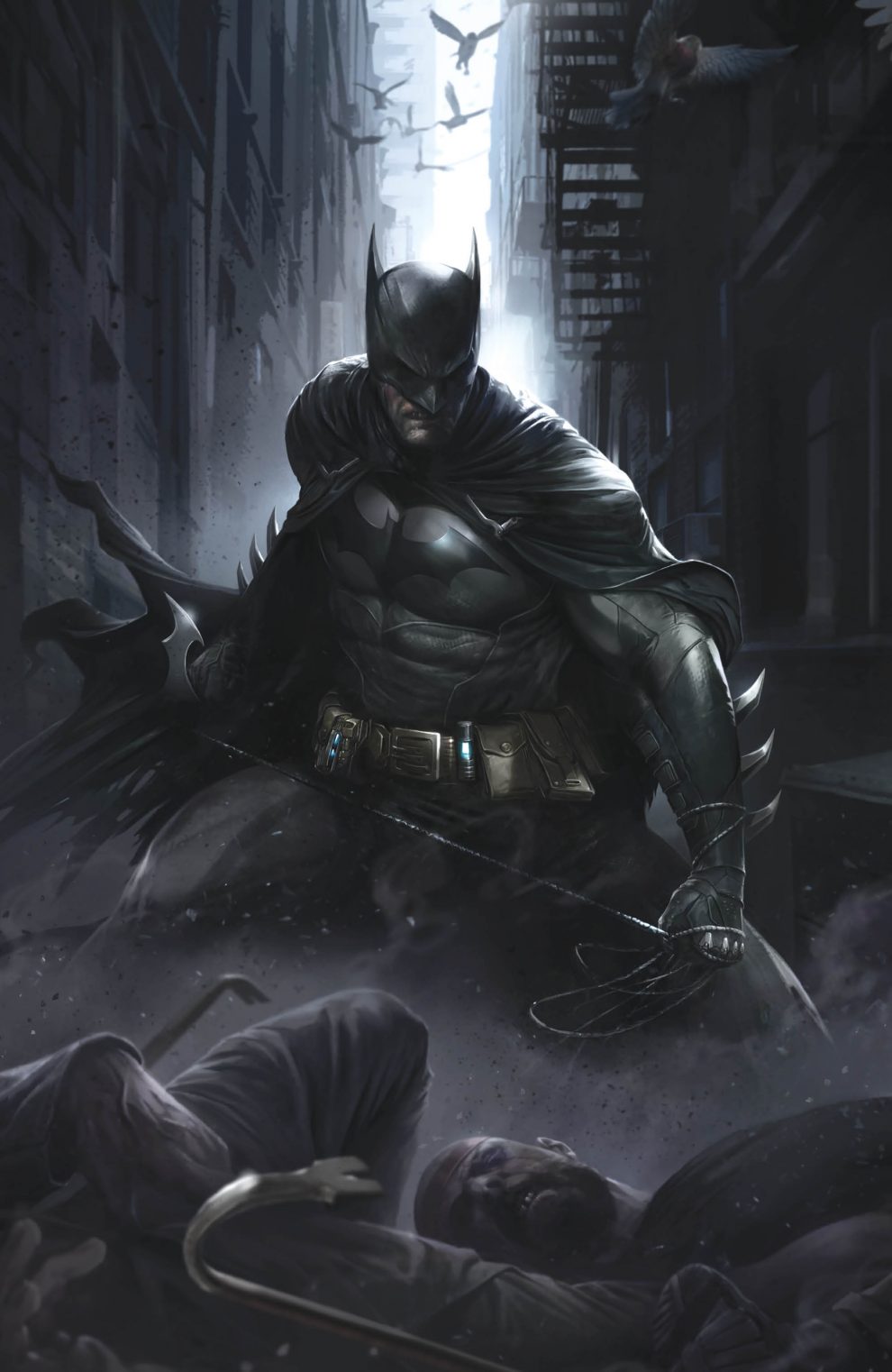 As always, the emotional heft of the issue is dialled up to 11 and is certainly enhanced by the work of Mikel Janín. This incredible artist has been a real asset to this run; his figure work is full of character and really helps to give the reader a window into seeing what each character is thinking, by way of wonderful facial expressions, something that Janín is very adept at.

With the stunning colours added to the mix courtesy of Jordie Bellaire, this is very much a dream team at the peak of their powers. Without wishing to jump headfirst into spoiler territory, there are a few pages in this issue that will make your blood run cold. Thomas Wayne is depicted in a manner that can only be described as Hannibal Lecter-esque, with those cold eyes staring out from behind a mask. Looking as evil as anybody ever could, it's an image that will live long in the memory.

As previously mentioned, the action is split between the present and the future. It's those glimpses of what's to come that provide a new sense of optimism for the Dark Knight, as we get to see him spend time mending fences with the people in his life and moving forward in his personal relationships.

With King taking the Bat/Cat relationship into an all-new 12 issue limited series in 2020 (Batman/Catwoman), it's certainly fair to say that the relationship between Bruce and Selina has never been stronger. It may not always run according to plan, and I'm sure there will be bumps in the road this coming year, but these are two characters that are forever intertwined and I hope they get the happiness together that most people want to see, even if only temporarily...

As a standalone issue and the end of a monumental arc, Batman #85 is a great read. With the reigns of the title being handed over to James Tynion IV moving forward, I can say with 100% conviction that King is leaving the book in the best of hands, and also in a state that is every bit as solid as it was when he took over from the ubiquitous Scott Snyder.

Tom King's tenure has been a multi-faceted, involving and cerebral affair and easily one of the best books of the last few years. Whilst event titles such as DCeased, Doomsday Clock and King's own Heroes in Crisis have grabbed the headlines, this has consistently been one of the very best books available.

This series is a treat for long time devotees and newcomers looking for an entry level book to sink their teeth into. It's high level stuff for all to enjoy, and one I certainly plan to revisit further down the line.