Review: Batman And The Outsiders #8 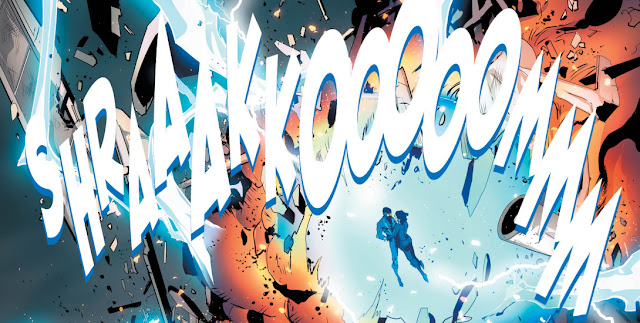 "A League Of Their Own" 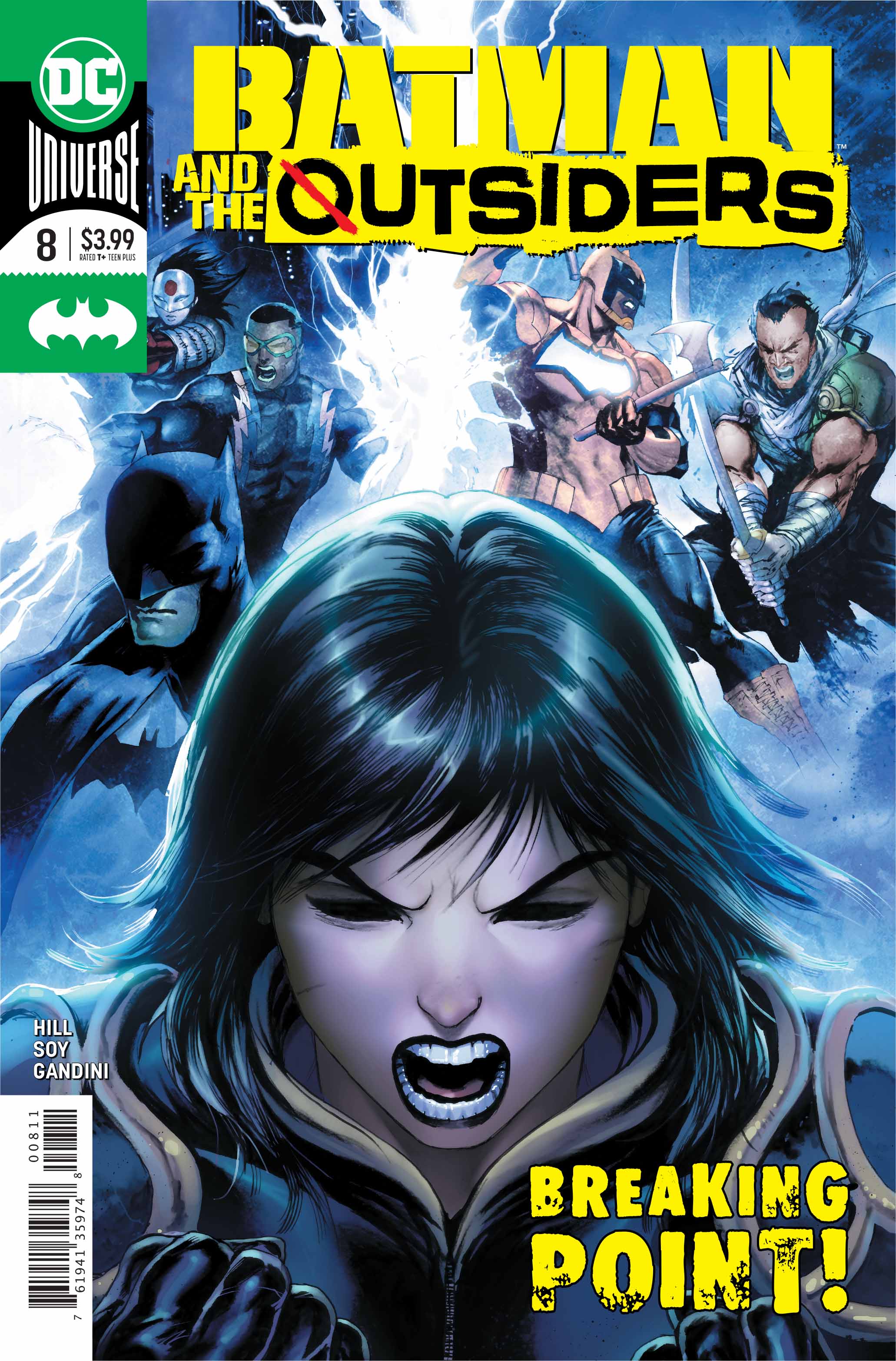 Batman And The Outsiders #8 sees some truly stellar work by the regular art team, and the start of a new story arc. Sofia has been saved, but Kaliber has betrayed the Outsiders and Ra’s Al Ghul has attempted to lure Duke Thomas to the dark side.
Bryan Hill is weaving a tale of intrigue, deception and mind-games.
I’m really loving the dynamics and character interactions between the members of this new team. Cassandra Cain and Duke have bonded in combat, as have Katana and Black Lightning. I really feel the genuine friendship and camaraderie between all of them, with the irony of seeing Batman, their leader, as the outsider of the group. Sofia is also developing as a character, mindful of her past and fearful of her future. It’s great to see her trying to fight the brainwashing and physical conditioning that Ra’s and the League of Assassins put her through.
Team books are hard to write, but Bryan Hill manages to do so extremely successfully, both here and on DC Universe’s Titans TV show. He writes character dialogue beautifully too. Look out for a wonderful scene between Batman and Black Lightning, where Bruce lays his soul bare to Jefferson, sharing his grief at the death of Alfred. To me this makes Batman more human, relateable and approachable. 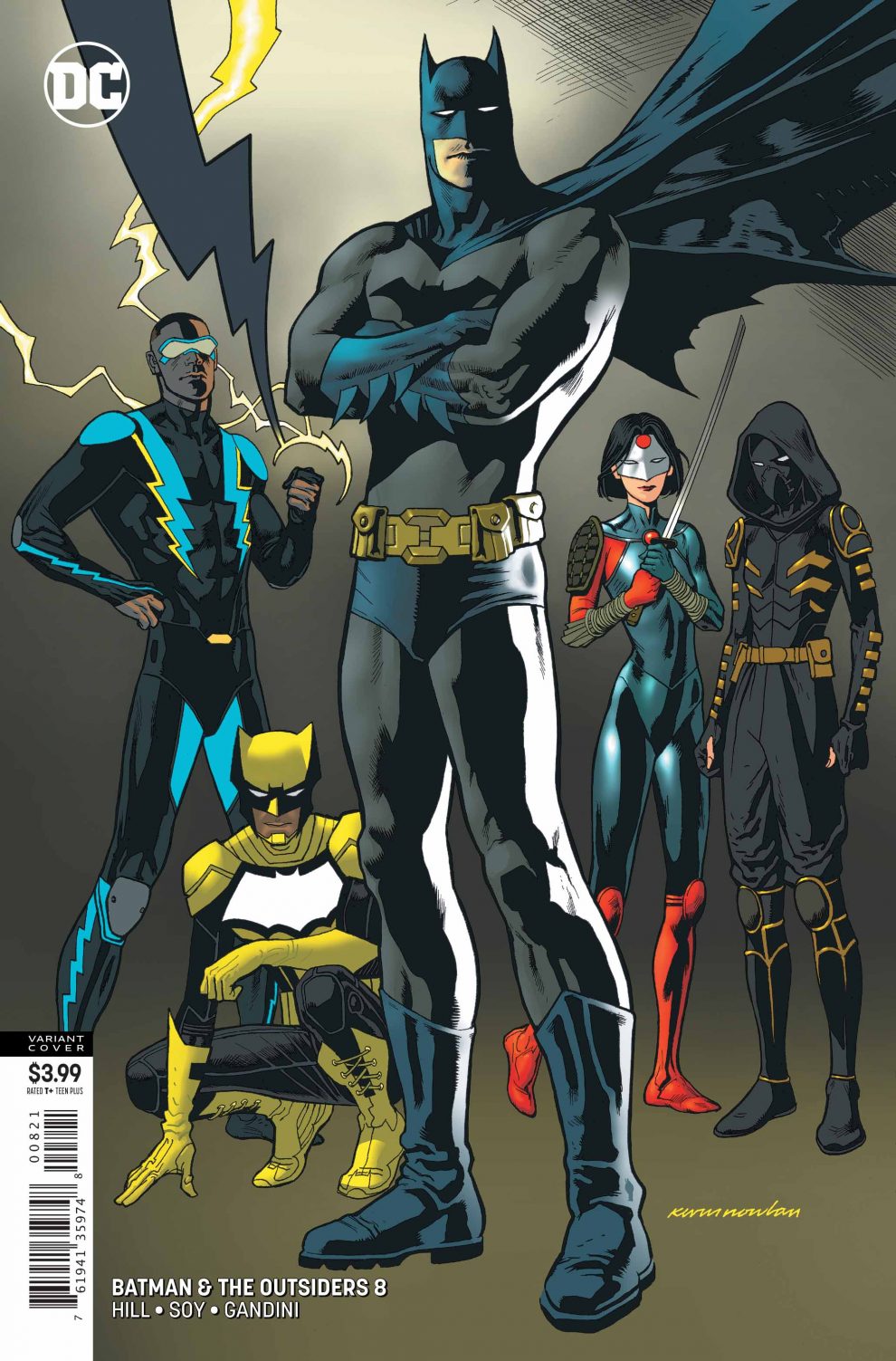 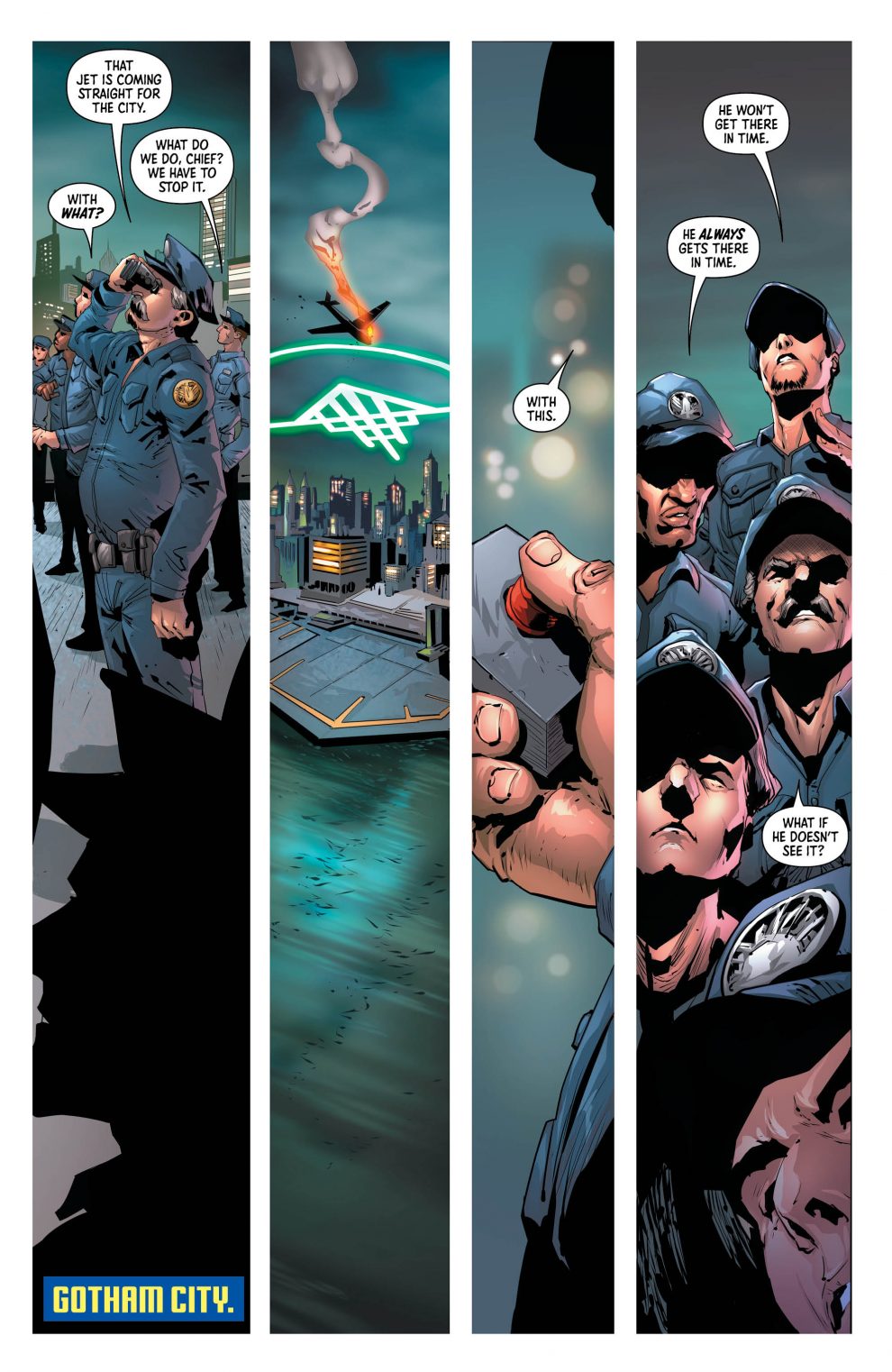 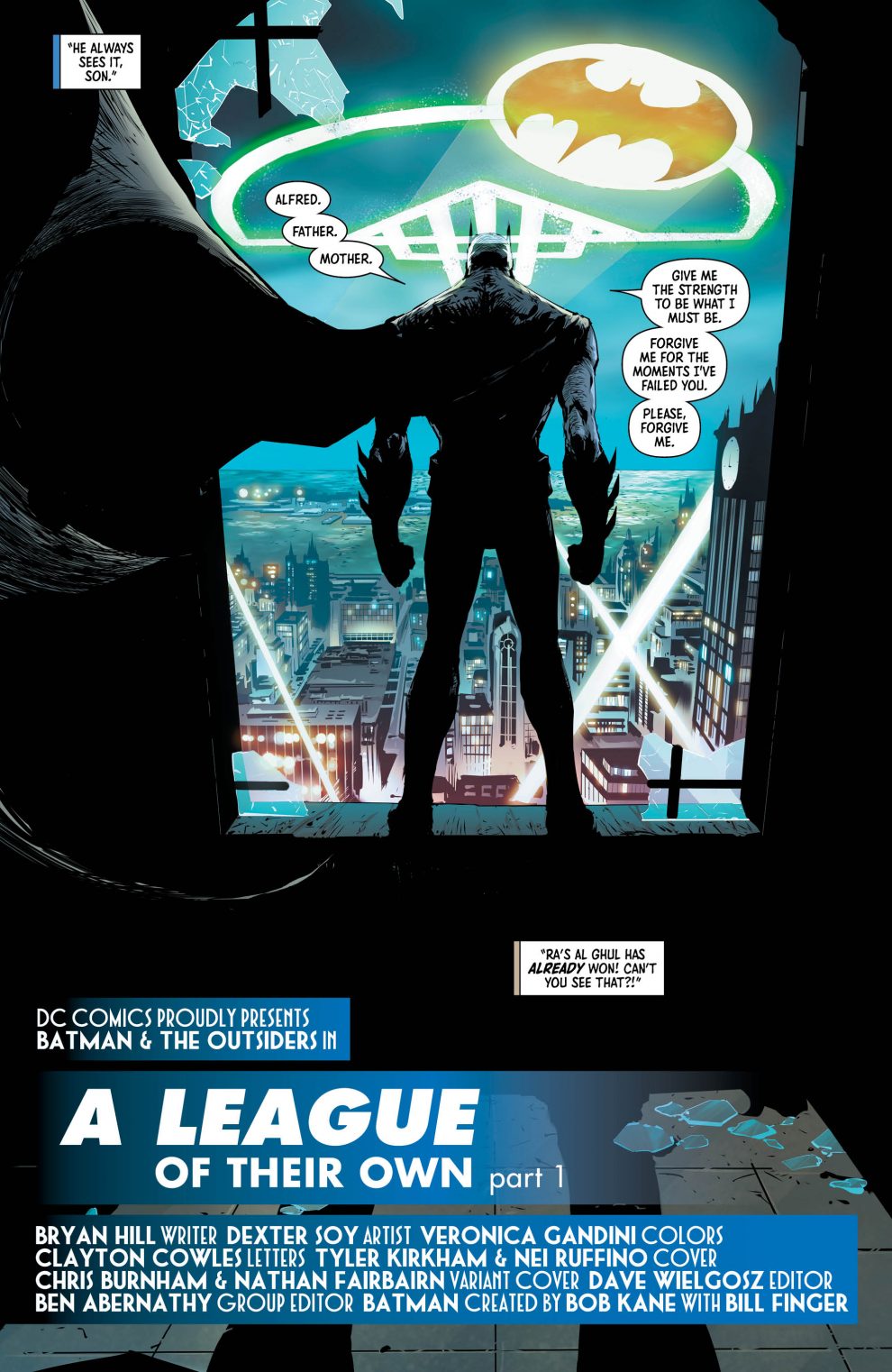 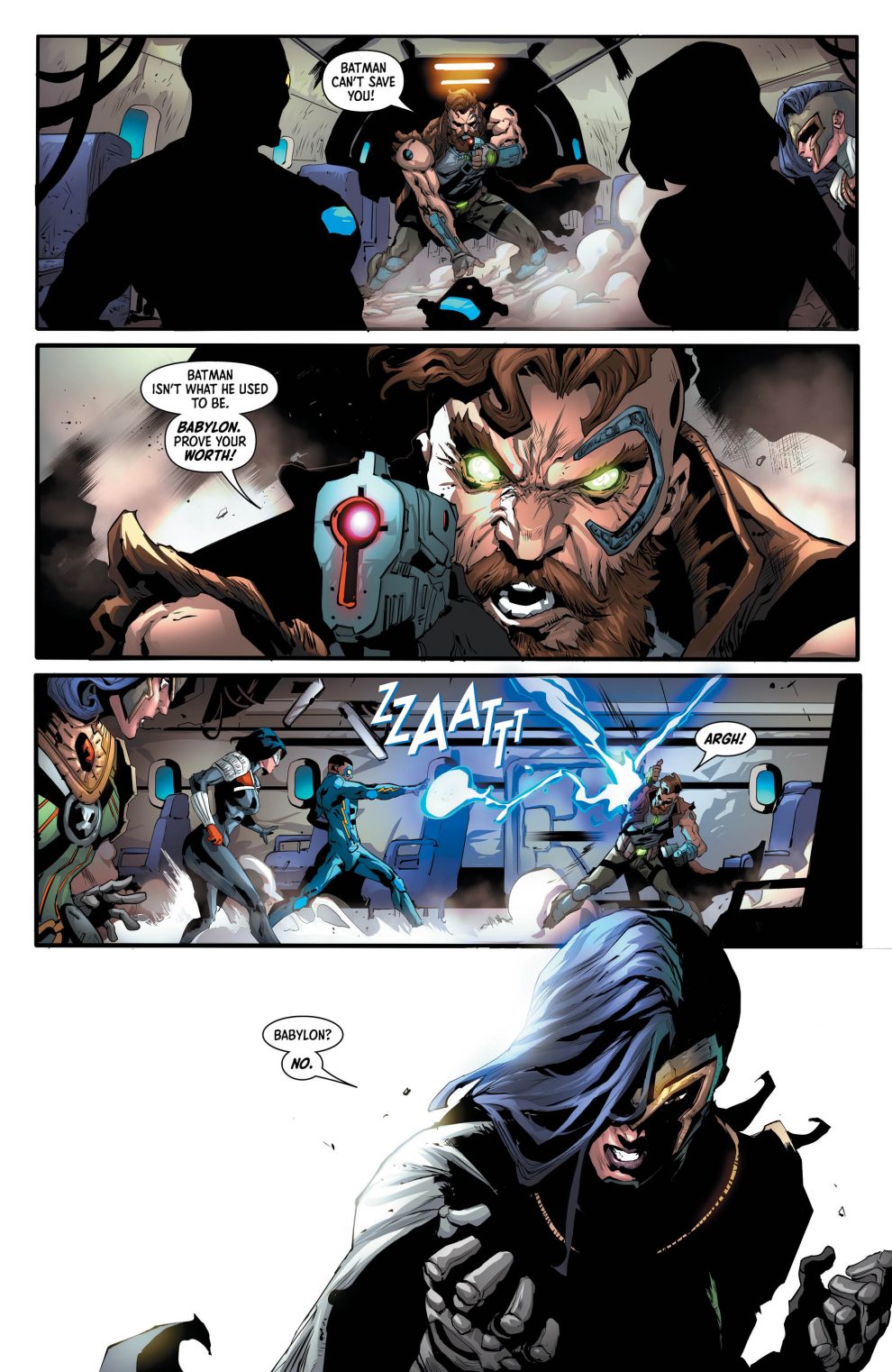 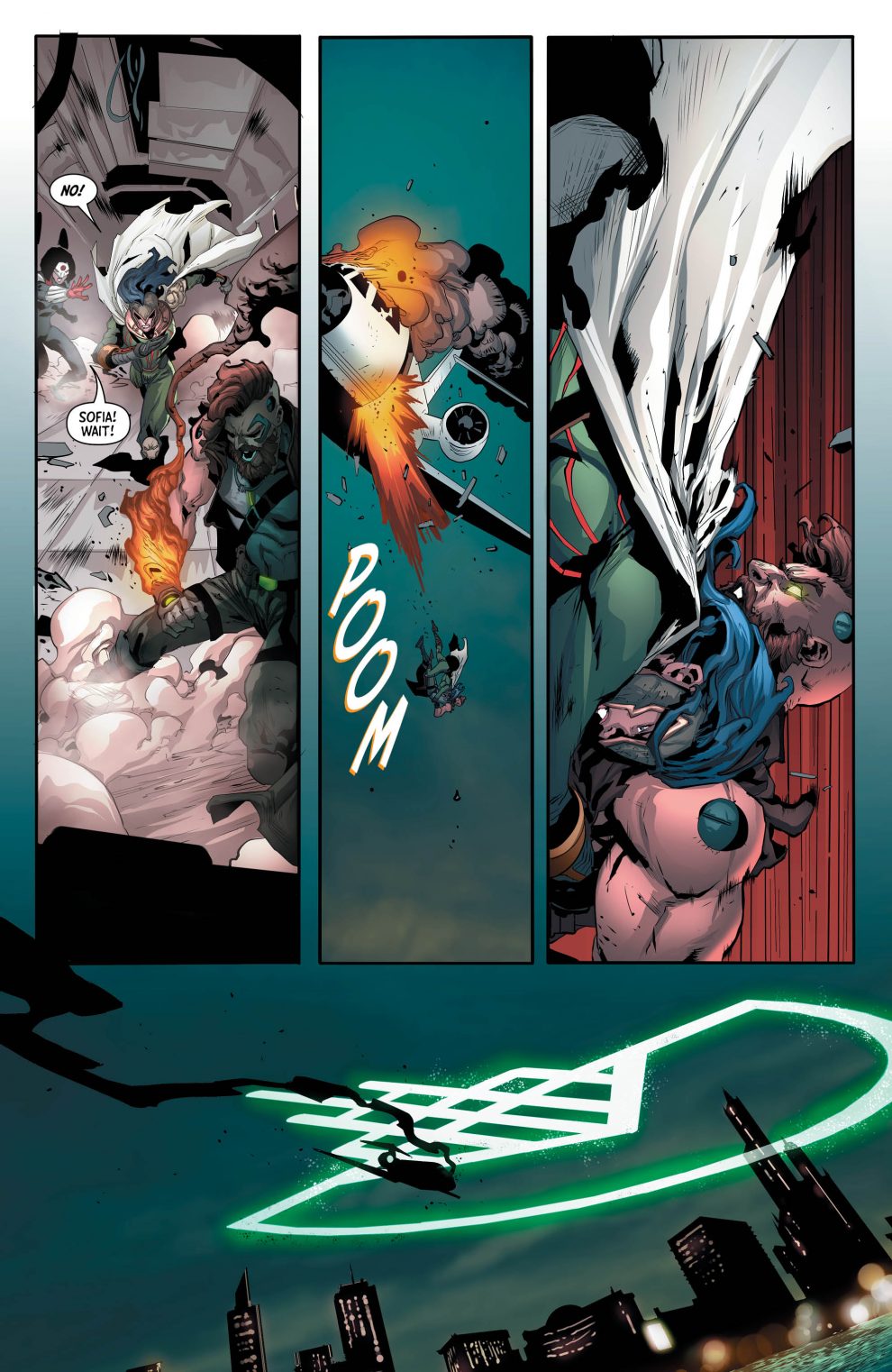 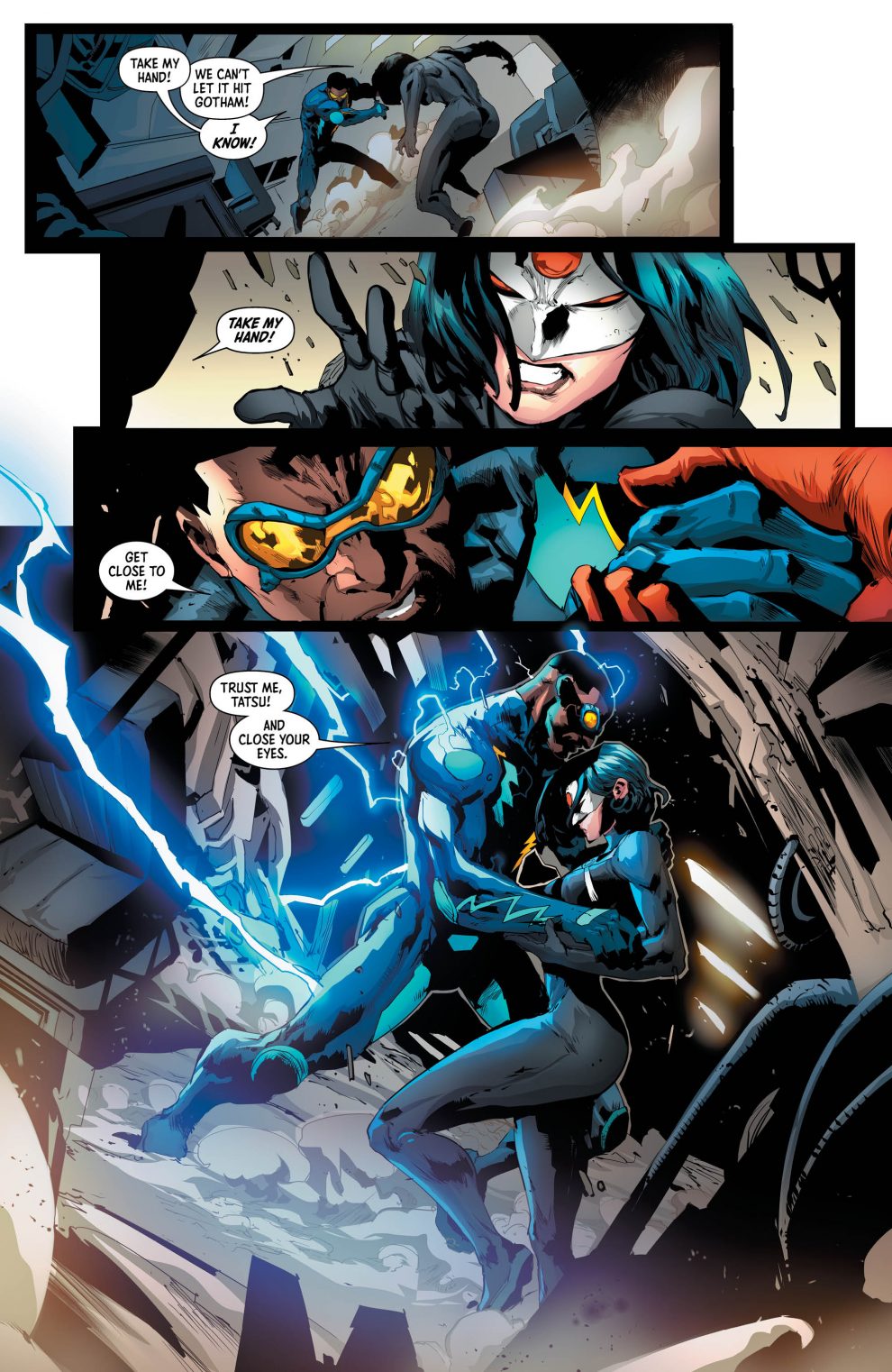 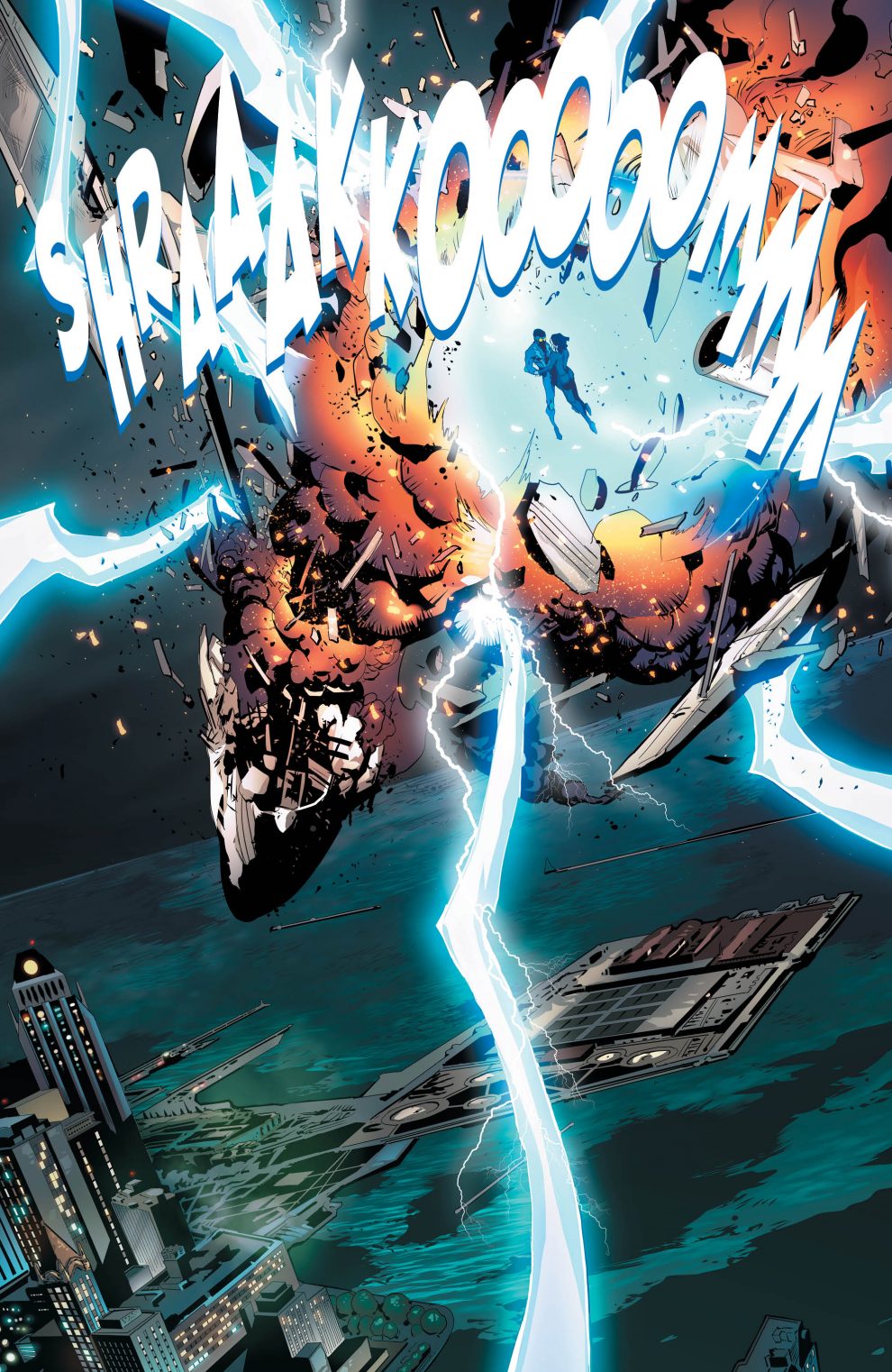 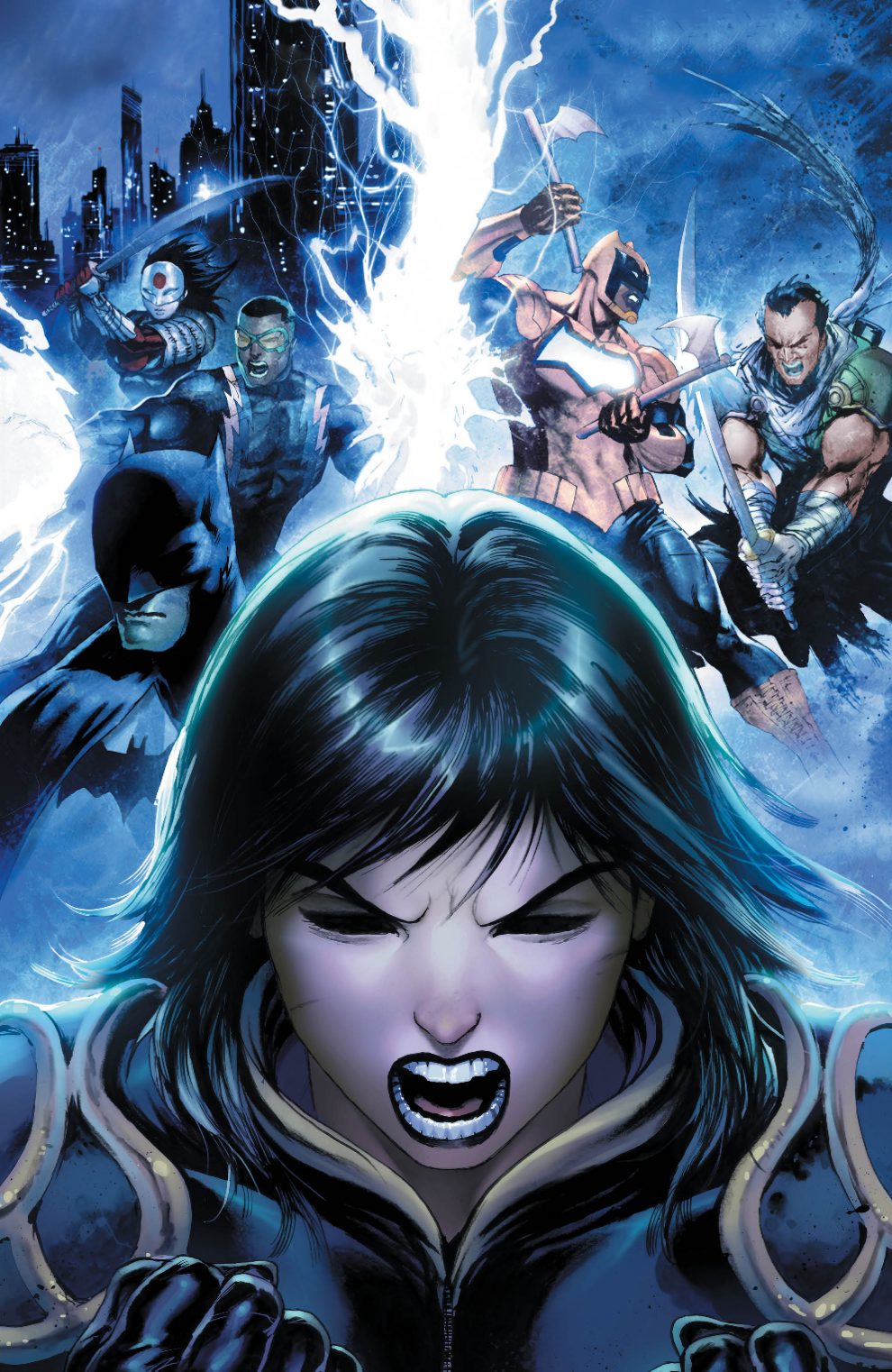 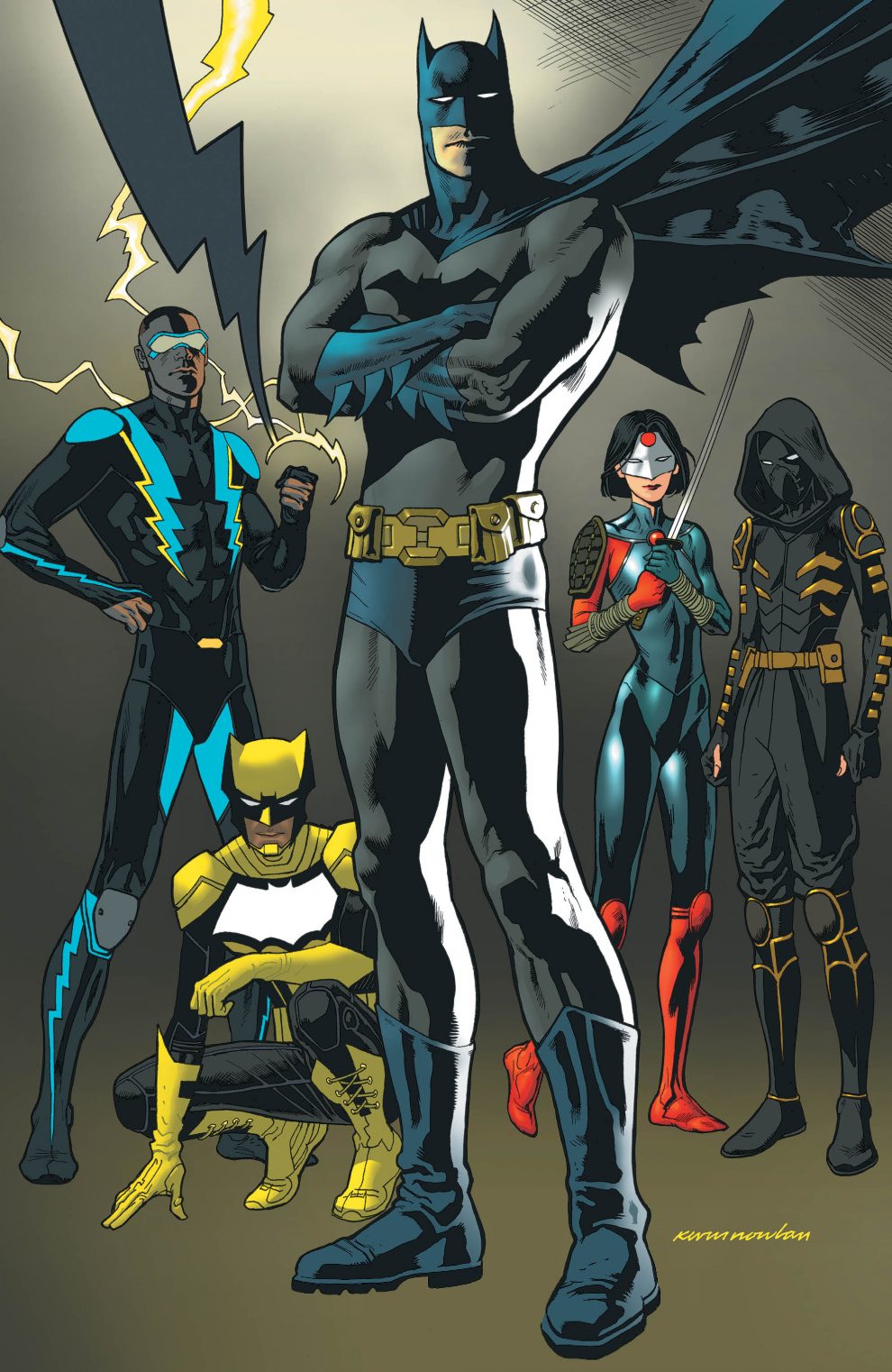 SHRAAAKKOOOOOMMM! Nice. Have I mentioned how great the team of Dexter Soy, Veronica Gandini and Clayton Cowles is? I have? Nothing’s changed.
Look at pages five and six – reproduced above – to see the perfect marriage of line-art, color and lettering. Dexter’s high contrast black and white, illuminated and enhanced by Veronica’s sublime sensibilities, with both being crowned by the rambunctious rotulations of Clayton. Page six was crafted by three individuals, working as one.
This is why I love comics.

Ra’s Al Ghul is a complete $#!+
Sorry...
Ra’s Al Ghul is as evil as they come. His partnership with Shiva can only bring chaos, doom and despair to the Dark Knight Detective and his team-mates. Batman And The Outsiders #8 was another great read, delivering a comic with heart and soul to go along with all the bluster and bravado.
What I really want is for Batman to knock Ra’s on his smug keister, though… and sooner, rather than later.