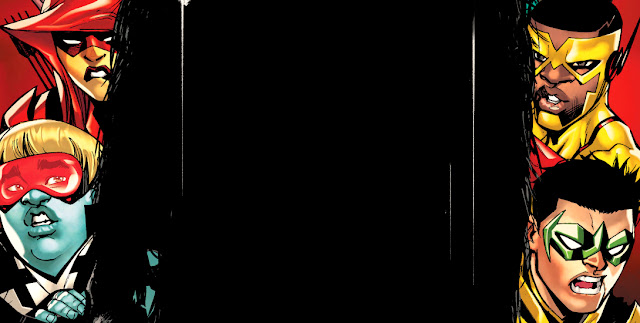 Teen Titans #37 “And It Begins” finally reveals the identity of Robin’s nemesis, the villain that has been plaguing the team for months and who has taken them to breaking point. After over a year Adam Glass and Bernard Chang have finally uncovered the identity of the Other. Let me say right now that, once again, the writing on this series has knocked me for a loop. 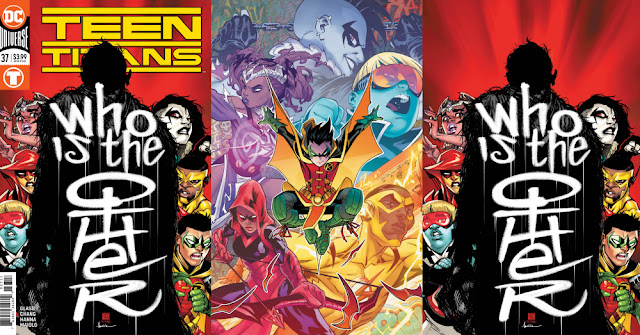 This title has delivered solid writing and art consistently for well over a year now, and this issue is no exception. In a comic that’s regularly full of surprises one of the greatest was seeing Bernard Chang credited as co-writer. Adam Glass has been writing up a storm in this book since he took over, and seeing the series’ main artist add another feather to his cap has made me very happy.
Regular DC Comics News readers will already know that I’m a huge Bernard Chang fan, having followed his work for many years. This isn’t Mr Chang’s first time at the writer’s desk, as he also wrote the brilliant Batman Beyond #13. I was worried at first that the art might suffer with Bernard pulling double duty, but then I saw that the issue’s visuals were in the very capable hands of Bernard, his partner in colorful crime, Marcelo Maiolo, and legendary inker Scott Hanna.
Look at the art DC has kindly provided for this review. Scott Hanna is such a talent that the finished book could have been drawn entirely by Bernard Chang, and I don’t know if it would have looked much different if this had been the case. This is doubly astounding as, according to the credits page, Bernard only drew layouts, and not finished pencils. Astonishing.
Marcelo’s colors and Rob Leigh’s letters, as always, add the finishing polish to a brilliantly crafted comic-book. I particularly love Leigh’s brilliant speech bubble design for the Other.

Honestly, I couldn’t find any. The character development is phenomenal, the action astounding, the surprises shocking and the art astonishing. After the completely jaw-dropping Roundhouse reveal from issue #34, I didn’t think that I could be surprised that much again by this series. Guess what? I was wrong. Not only was the reveal of the Other’s true identity a gut punch, but his plan is a real revelation too. Oh, brother… this guy is messed up!
Oh… and the final page delivers yet another huge surprise. Nicely done. 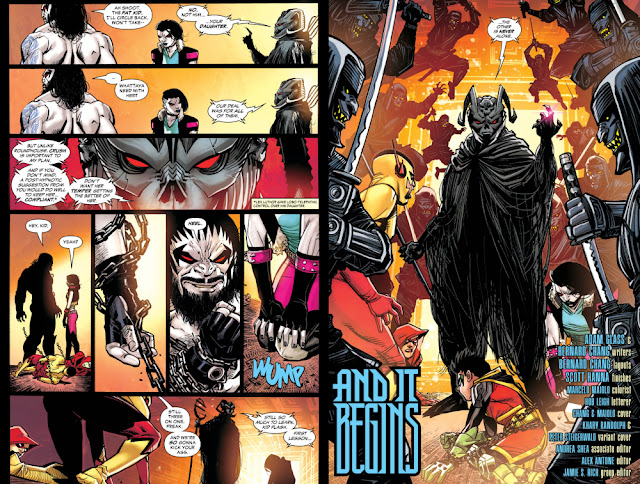 Teen Titans #37 works on every level. The Other is a vintage comic-book villain, and his true identity is totally fitting, yet still a complete surprise. This isn’t just a major league baddy in disguise, or a struggling D-list villain trying to rise in the ranks, this is someone with a real history and long standing axe to grind with Robin. Readers who have followed the adventures of Damian Wayne from the very beginning will no doubt enjoy the reveal as much as I did.
Yessir… this issue’s a keeper.