Review: Batman And The Outsiders #9 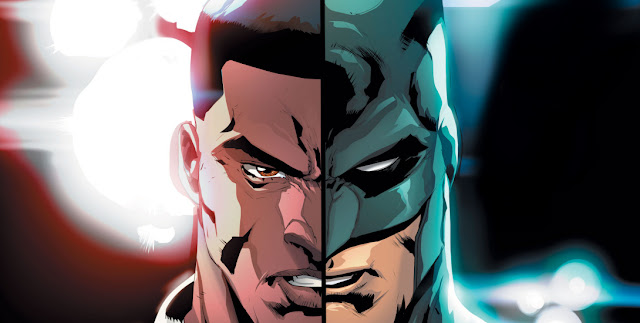 "A League Of Their Own" Part Two 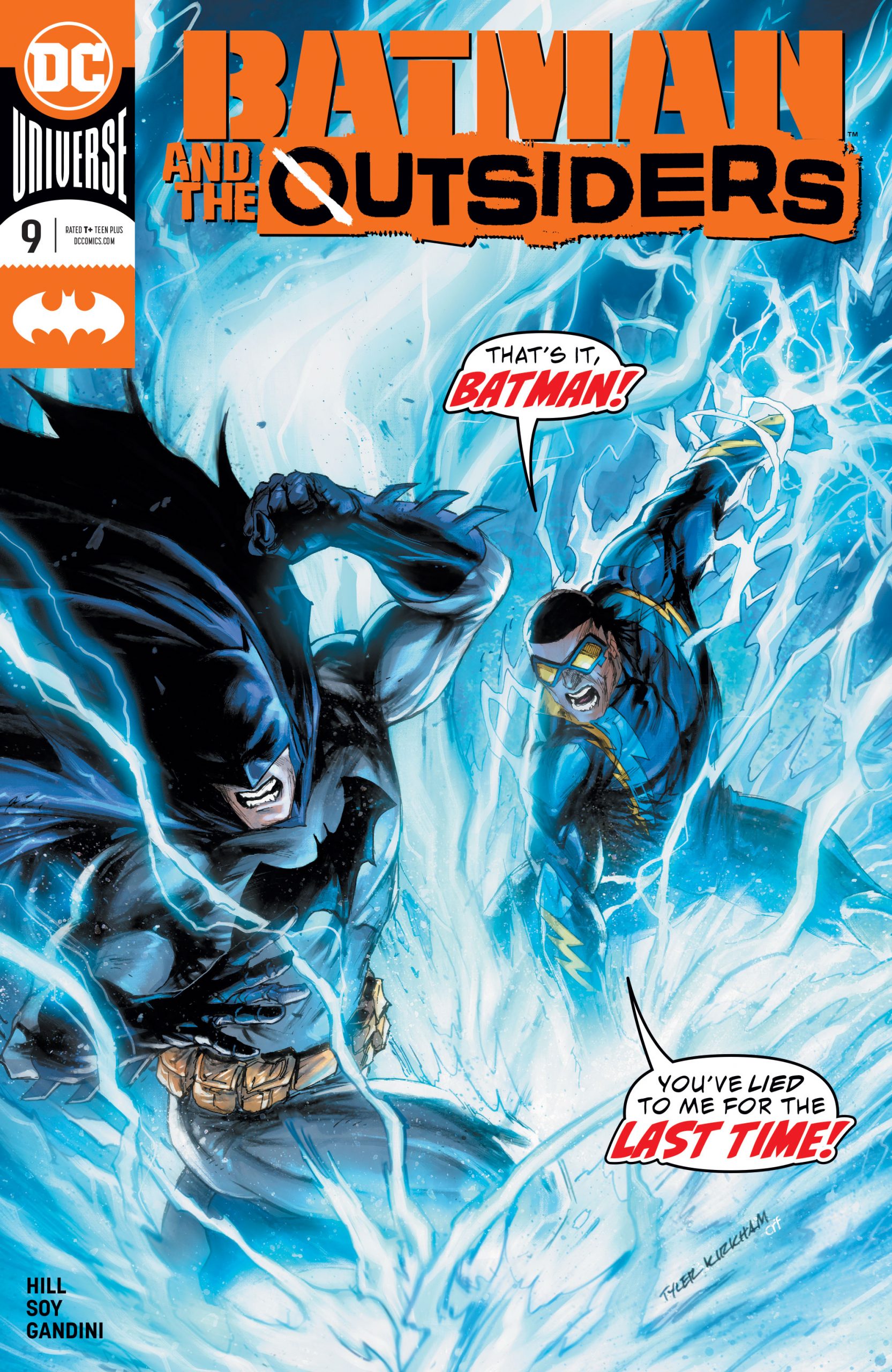 Batman And the Outsiders #9 is a comic that’s bursting with emotion. Batman’s still reeling from the death of Alfred, and that’s just the tip of the iceberg. Black Lightning is desperate for revenge against Ra’s Al Ghul, and we also have two teenagers at odds with their mentor and leader. The beauty part is, though, this isn’t just an angst filled feels fest, we still get the action, thrills and superheroics that only a writer as seasoned, and as in love with the comic-book medium, as Bryan Hill can deliver.
I’m really loving the relationships that are developing between both Duke Thomas and Cassandra Cain, and Jefferson Pierce and Tatsu Yamashiro. The parallels between both duos are beautifully handled, visually, and with some spot-on, naturalistic dialogue. There’s a lot of conversation and soul searching in this series, and this issue, but that’s one of the things that sets it apart from many of its peers… in a good way.

As I’ve mentioned, Batman And The Outsiders is a comic where the visuals and script work incredibly well together, and this is no doubt due to the fact that this is a creative team that is just that… a team. Dexter Soy and Veronica Gandini have a relationship and chemistry that is bordering on alchemical. Both artists work together supremely well, with each one bringing about the best in their artistic partner, and from the script and action written by Mr Hill. 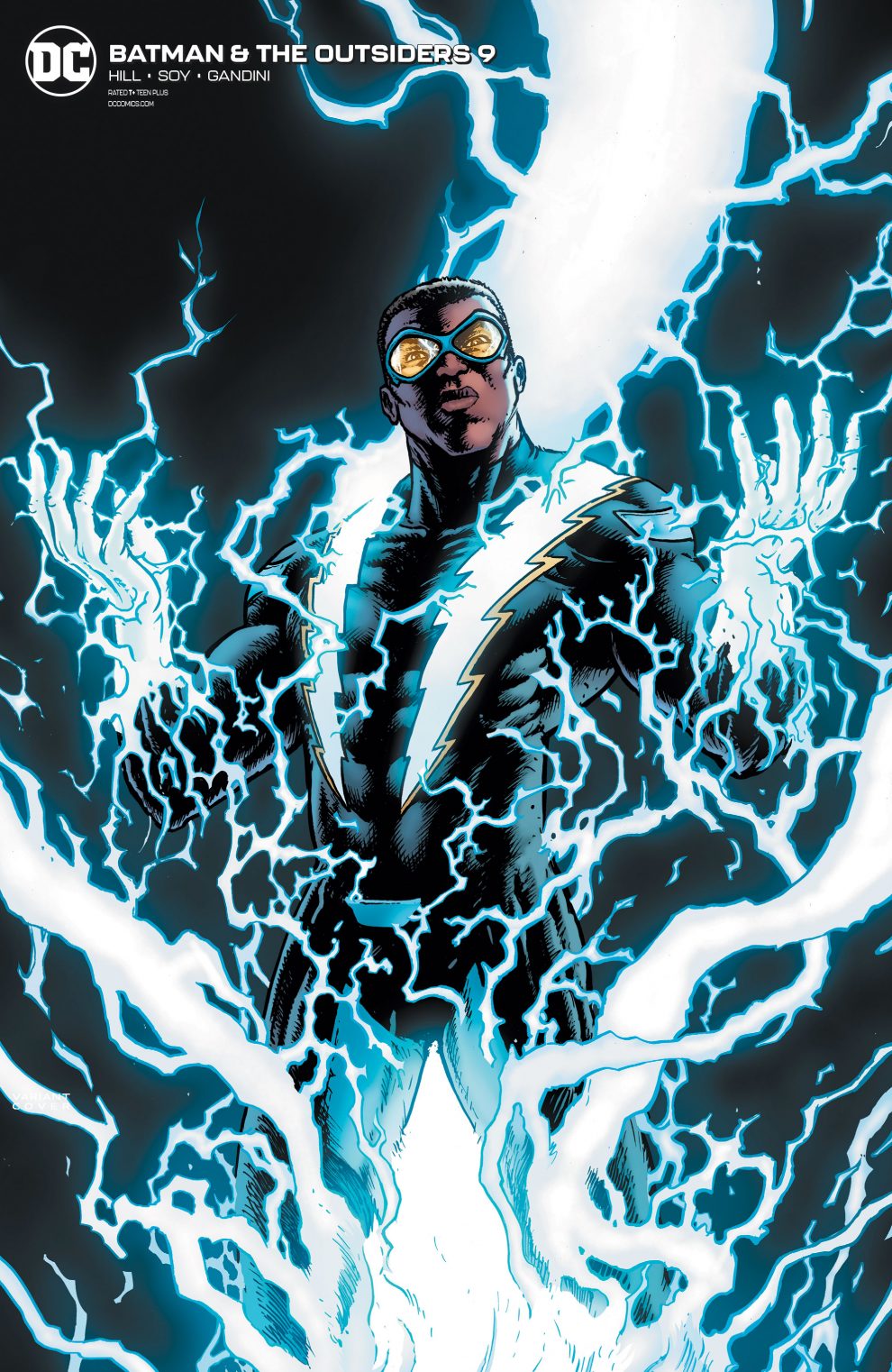 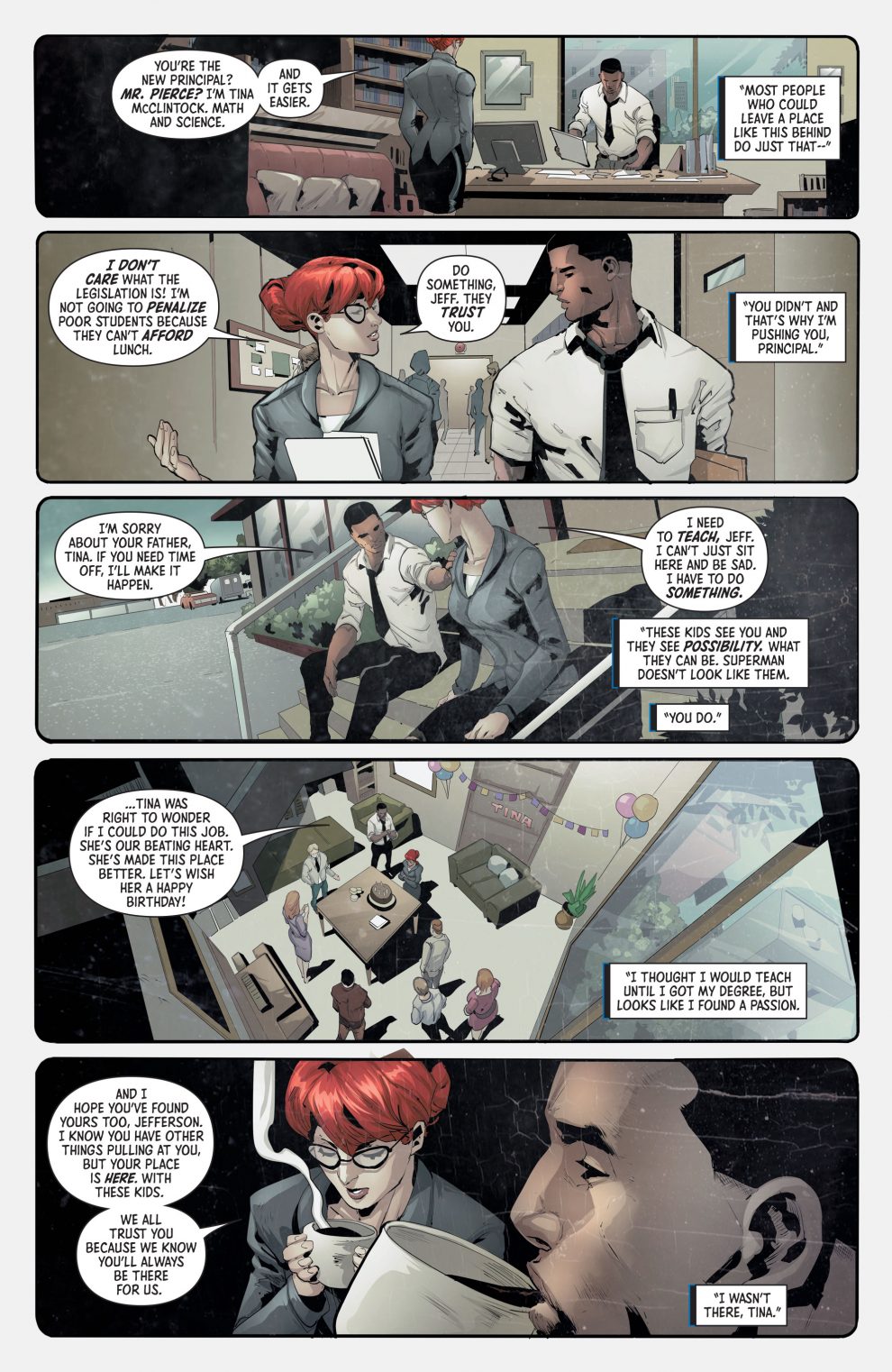 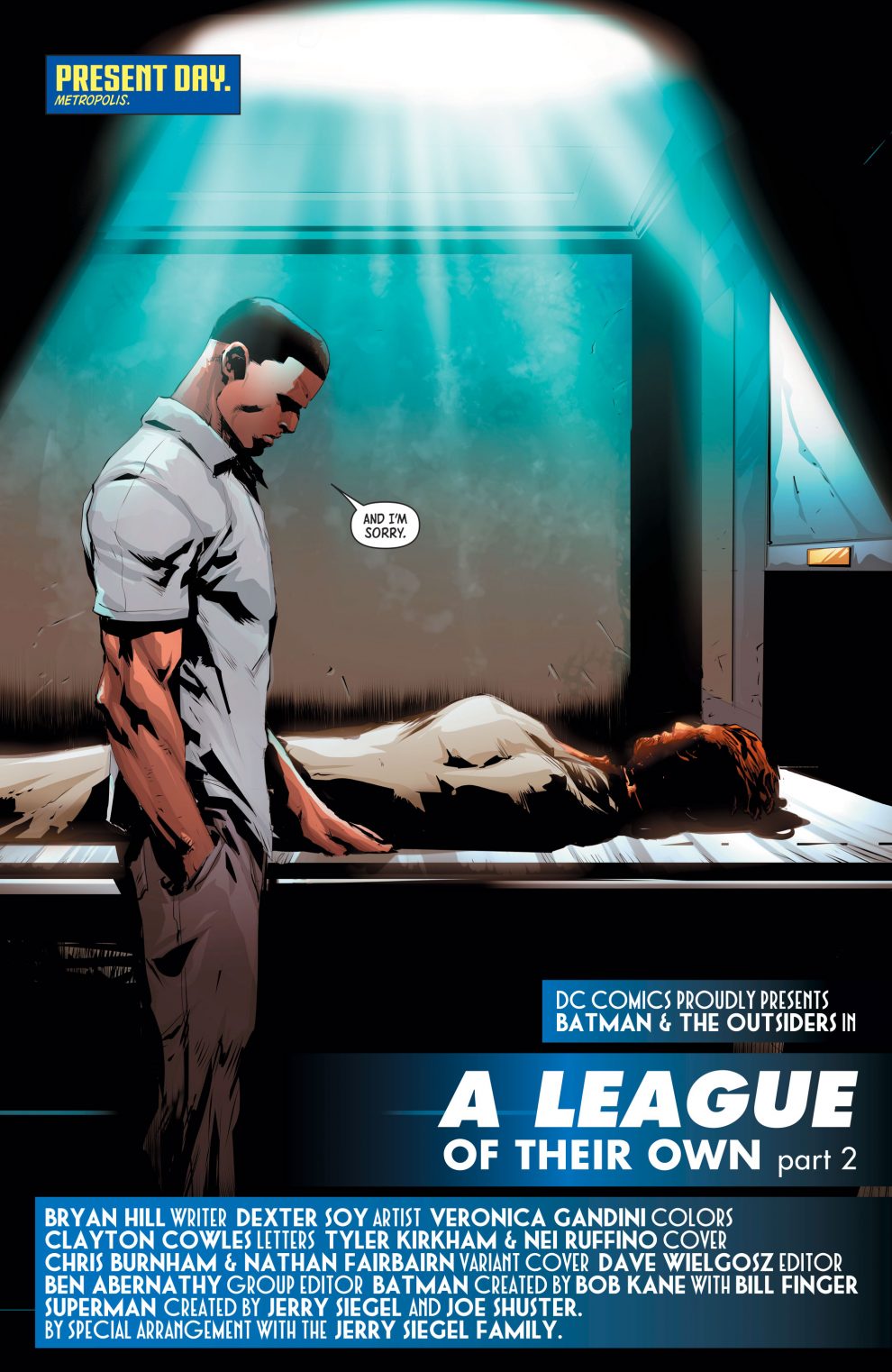 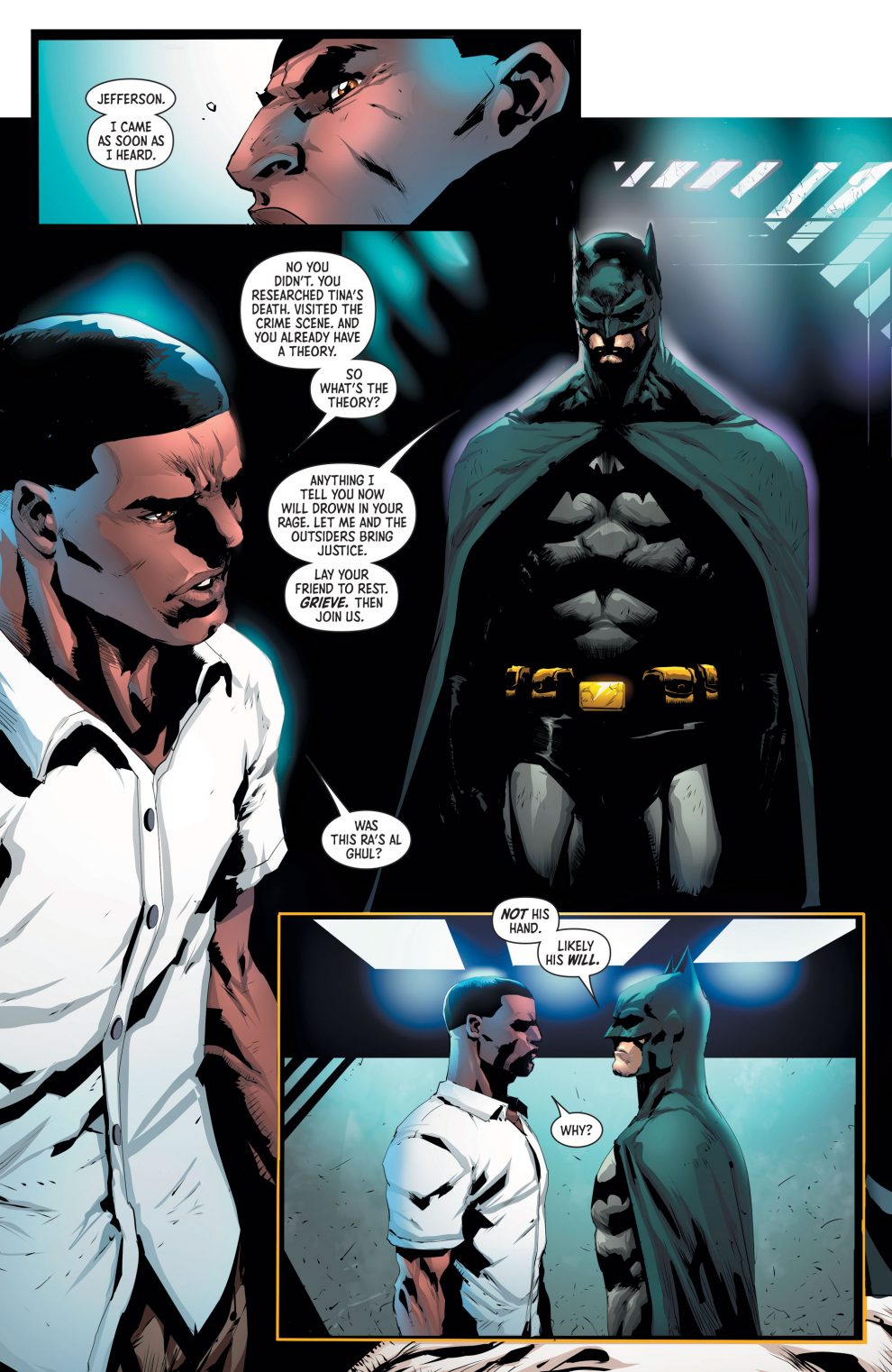 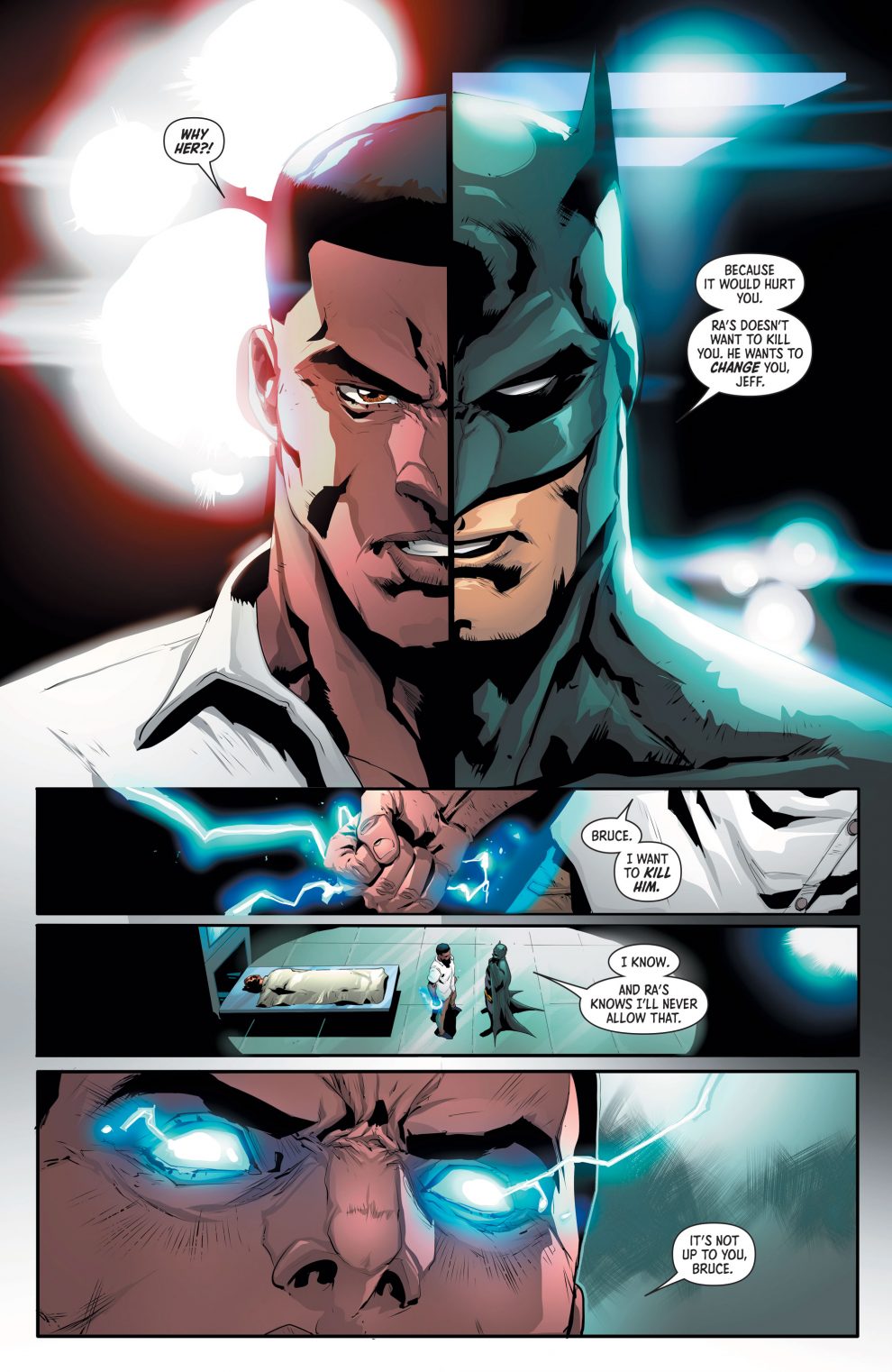 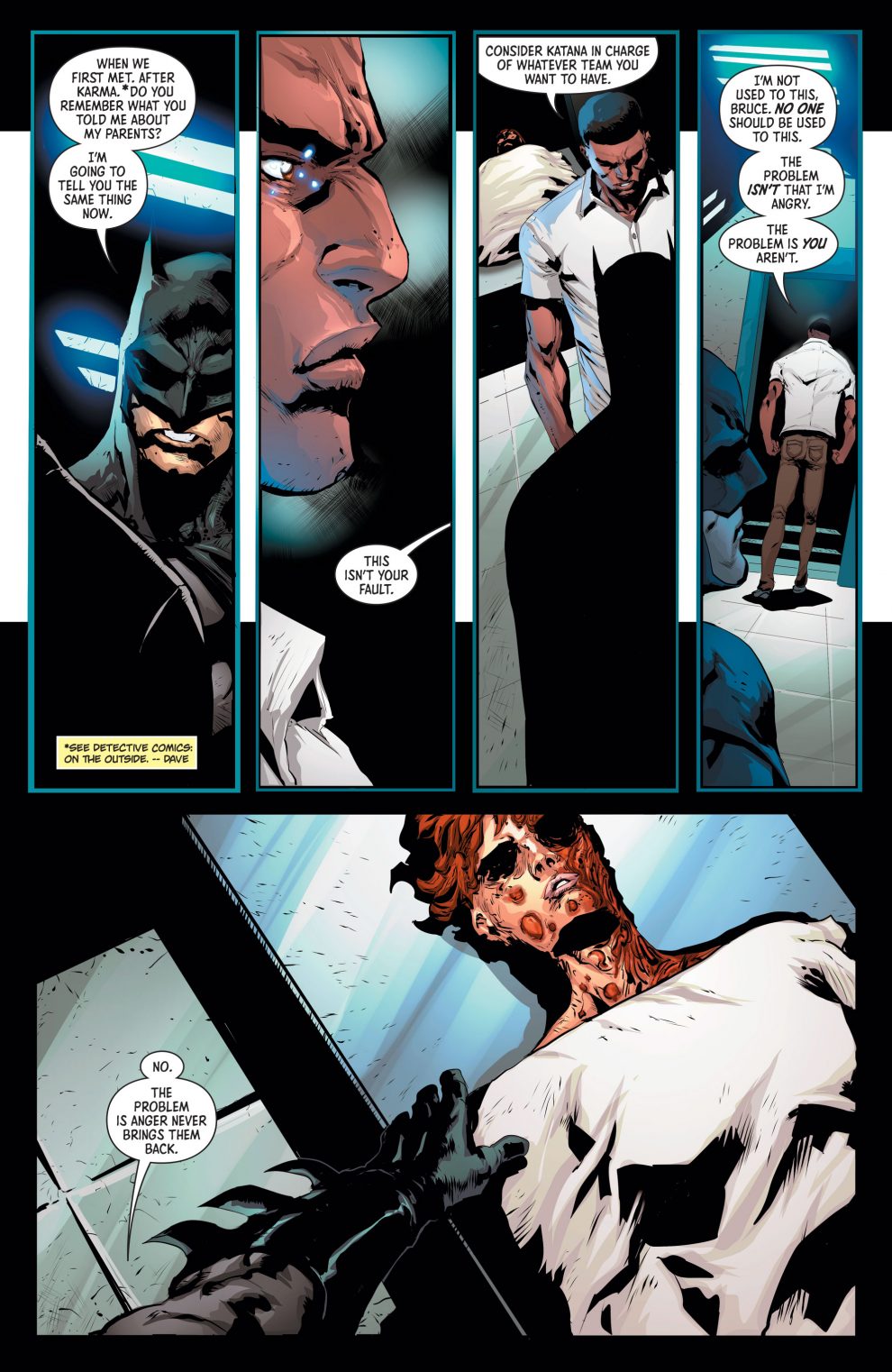 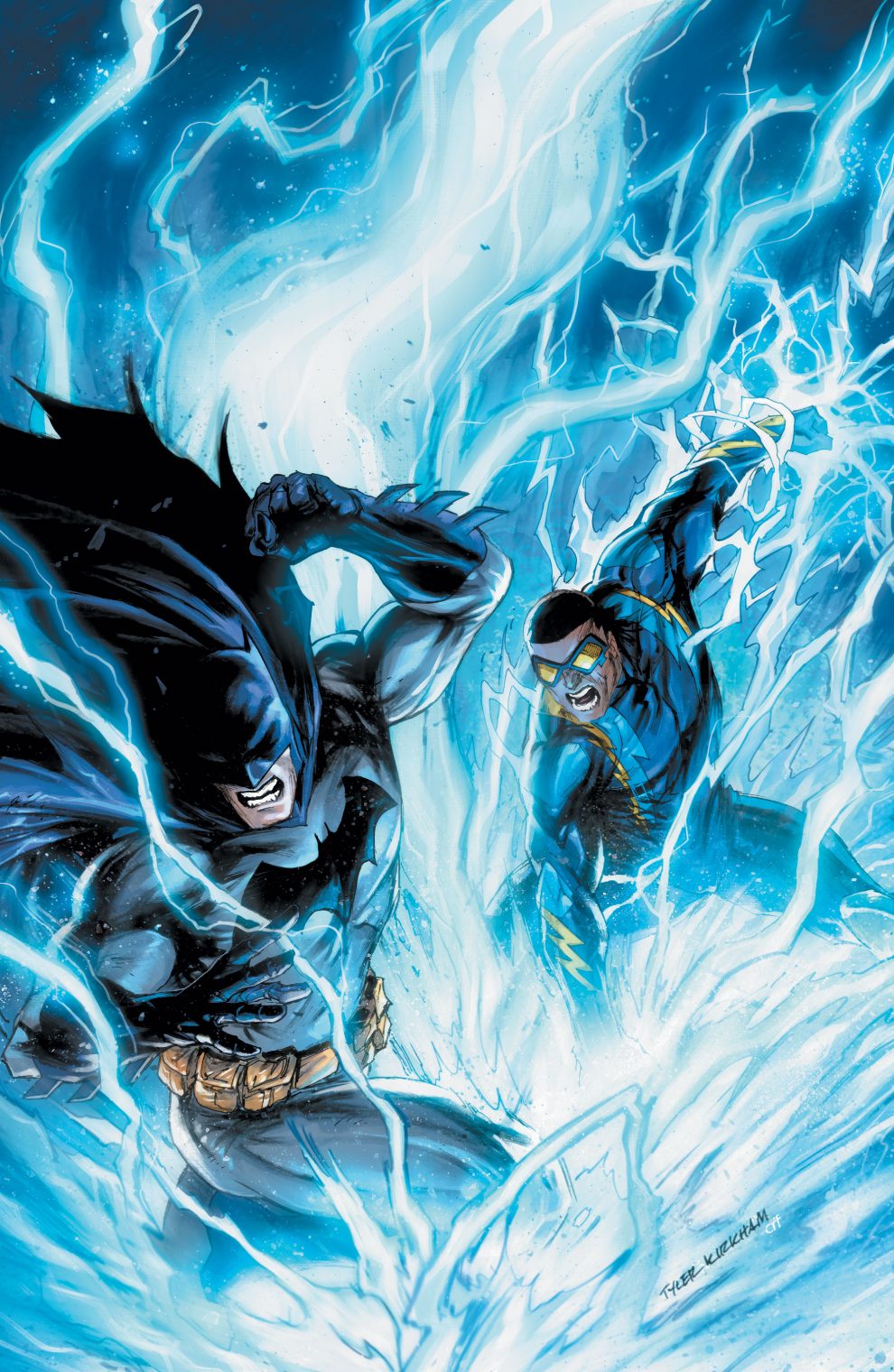 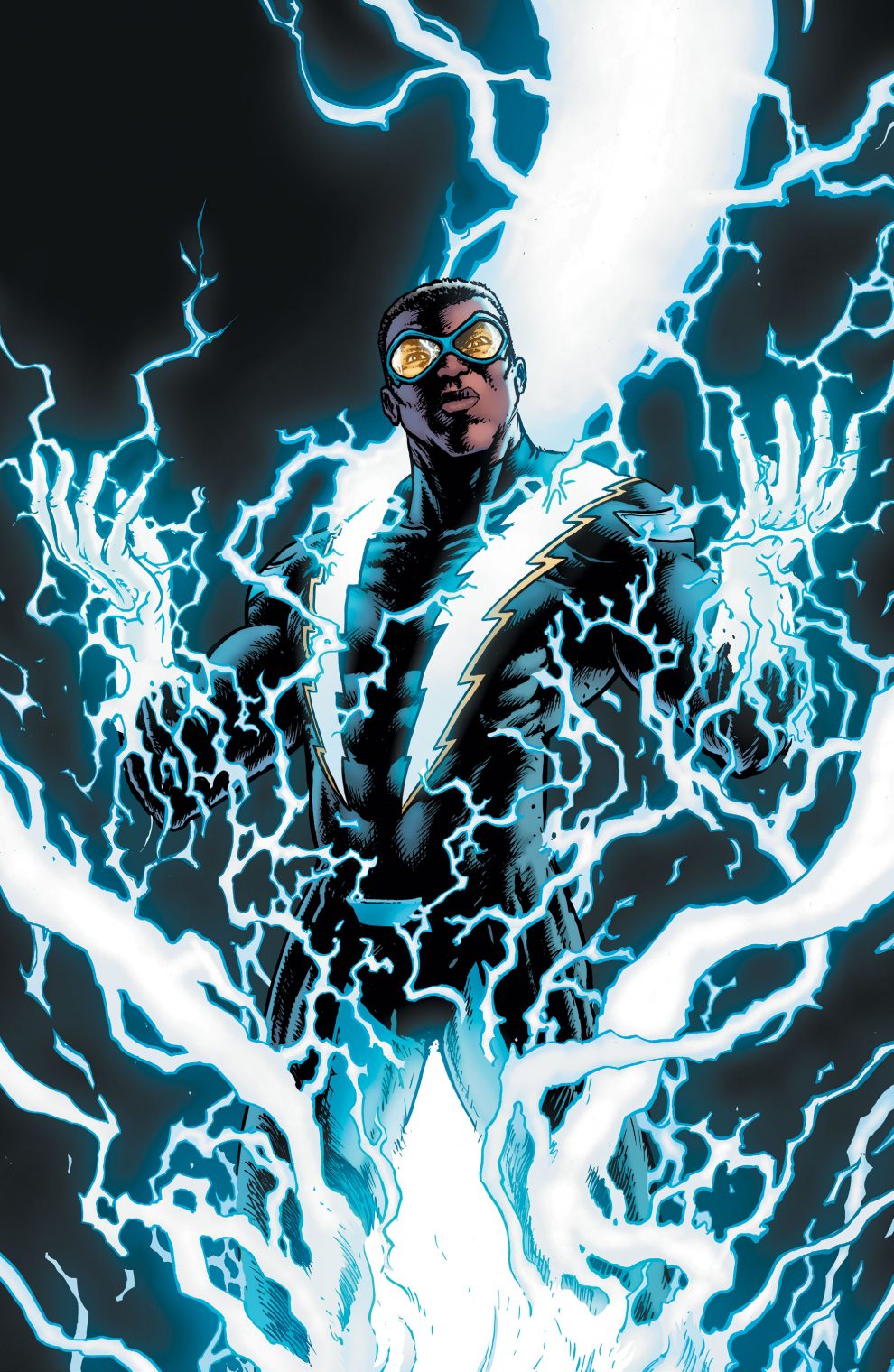 Look at page two of this issue for a prime example. Can’t you just feel the emotions Jefferson’s experiencing. I love the way he’s standing, almost like a lost schoolboy, one hand tentatively reaching for his dead friend, and the other in his pocket, with the shadows trying to invade the scene from the sides of Veronica Gandini’s beautifully realised, and realistic, morgue ceiling light, which is trying to keep them away… both from the deceased, and from overwhelming Jefferson’s broken heart. Then the tension is broken, by the one shadow no-one can escape; The Batman himself.
I would love to own the art for page four of this book. I’d frame it and hang it in my office.
Once again Clayton Cowles has more than a little dialogue to contend with, but he still has fun with a couple of Cassandra Cain kicks, and the metallic echoes of a Batarang embedding itself in the ground at the feet of Orphan and the Signal. Lovely work. Subtle, yet extremely effective.

Batman And the Outsiders #9 continues to build the tension. Yes it’s a more thoughtful and wordy issue than many of its predecessors, but it’s delivering the consequences of the previous arc, while simultaneously turning up the pressure, teasing us with what’s still to come. A two page cameo and a final page cliffhanger help to make this issue a middle chapter full of promise.
The Outsiders have yet to fully gel as a team, but with puppet masters like Ra’s Al Ghul and Shiva tugging at strings from all angles, one can’t help but fear that they never will.
This is sophisticated storytelling, and I’m hooked.