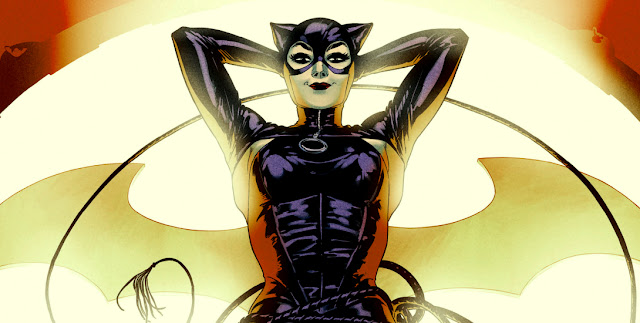 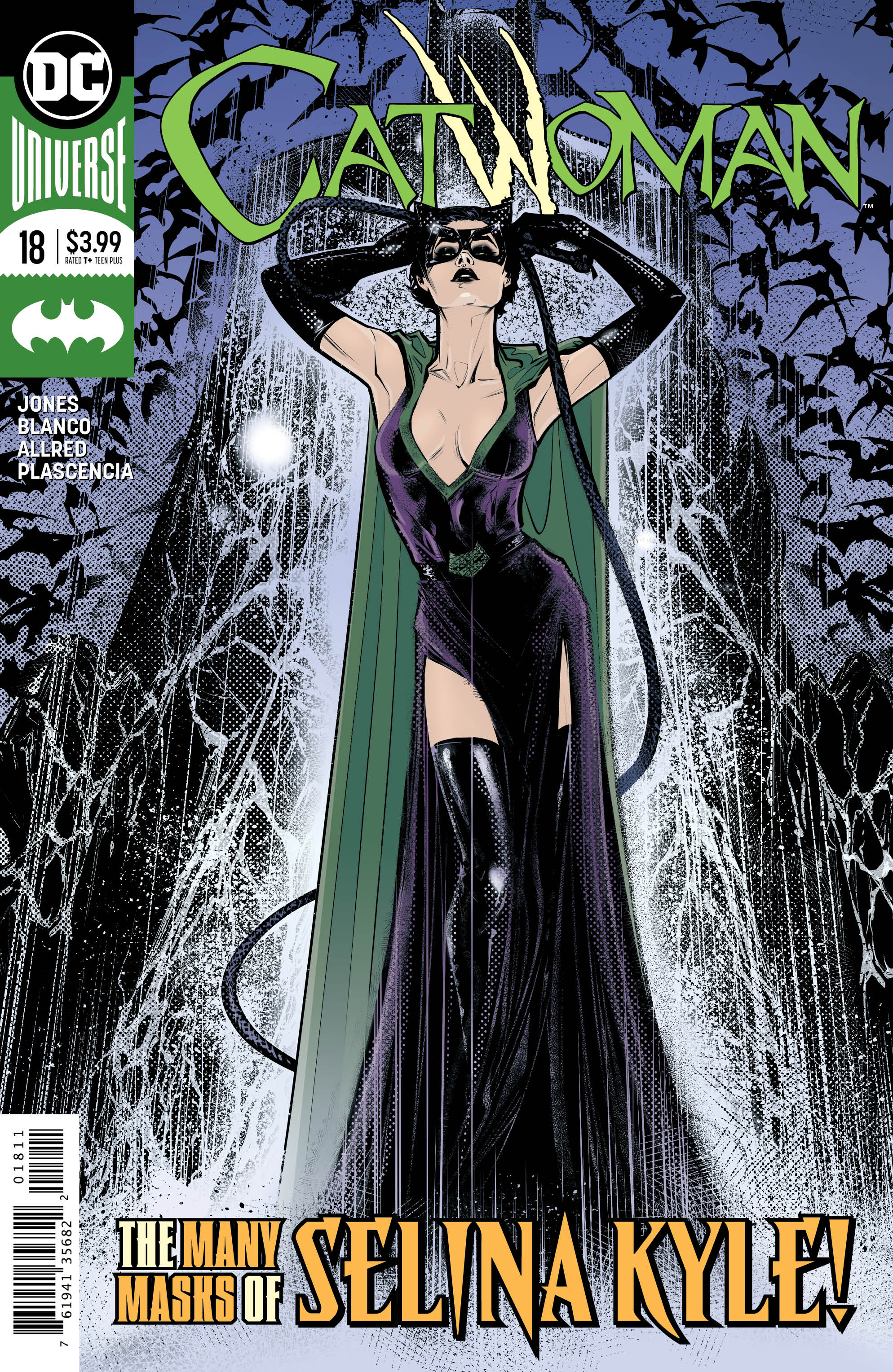 Review by Adam Ray
Selina has powerful friends in Catwoman #18. If you remember the end of issue #17 she’s just met up with the magician, Zatanna, a cornerstone of the DC Universe. Seeing her with Selina in this issue works perfectly, and is a pleasant surprise. She starts to help her feline friend in her efforts to understand the mysterious issues pressing her and her enemy, Mrs Creel. At the same time, Jones does what I call “masterful summarising”. The entire issue perfectly helps us glide through to the next direction of the story, a hard thing for a single issue to do without being too preachy. 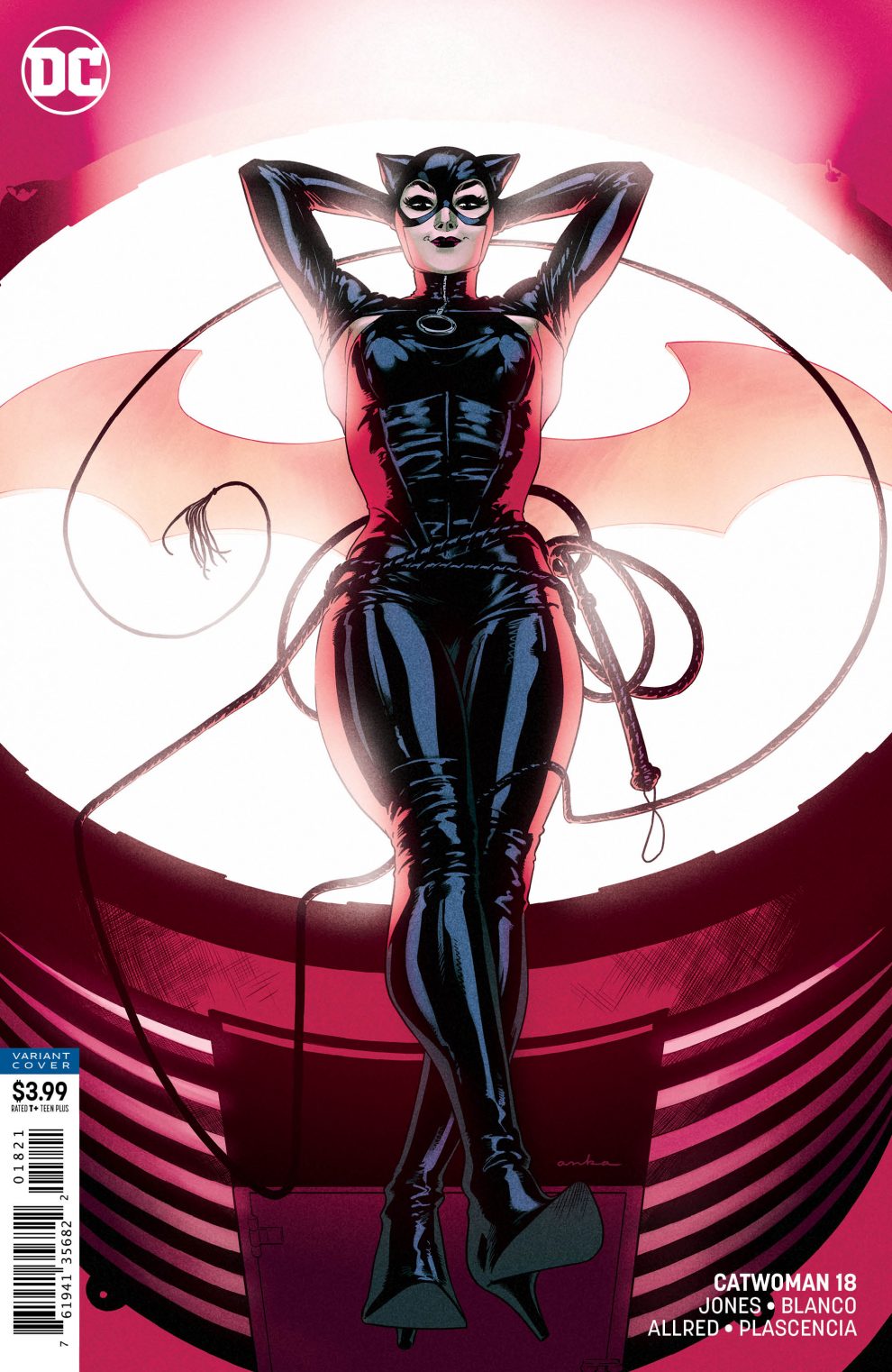 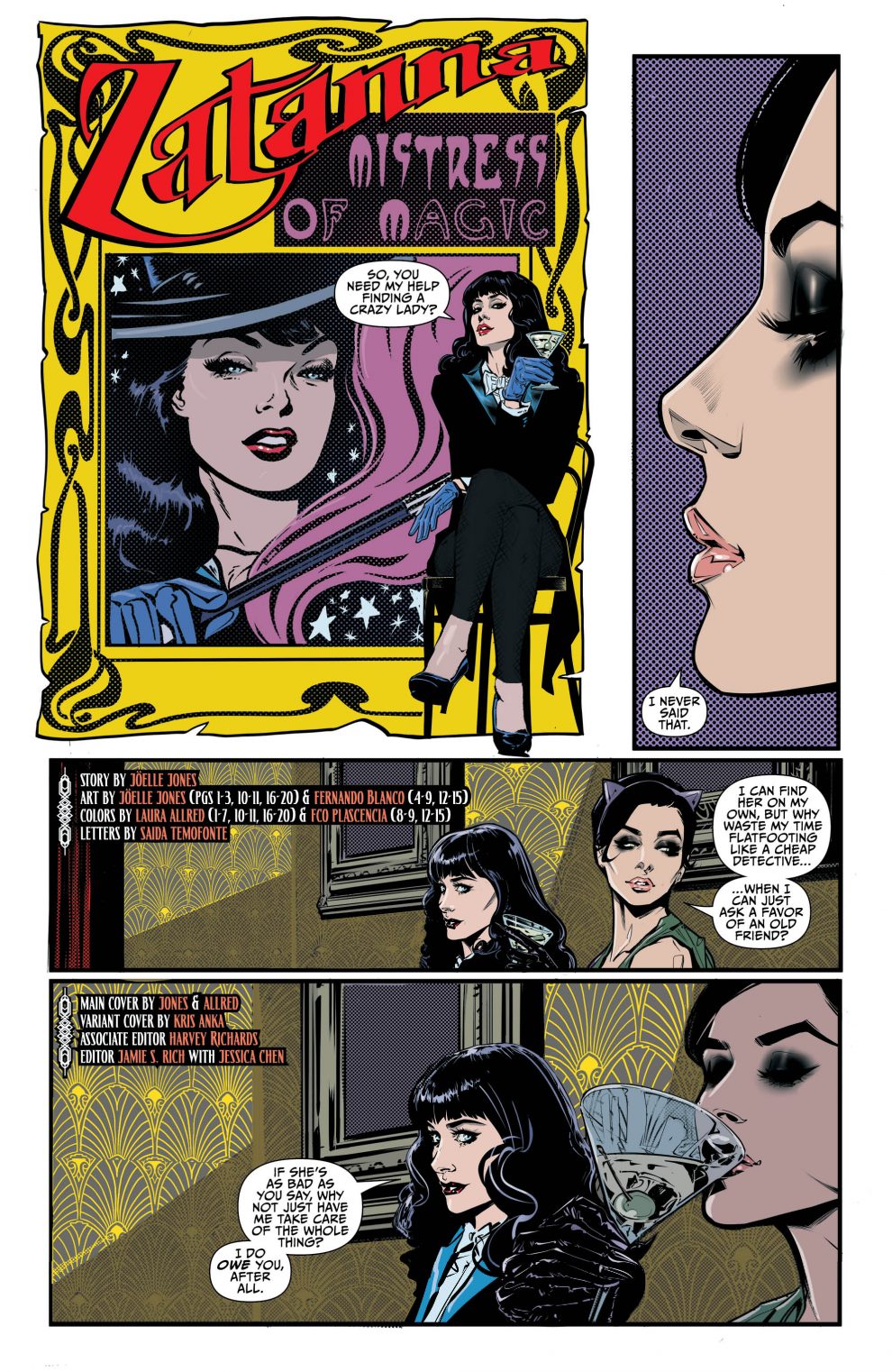 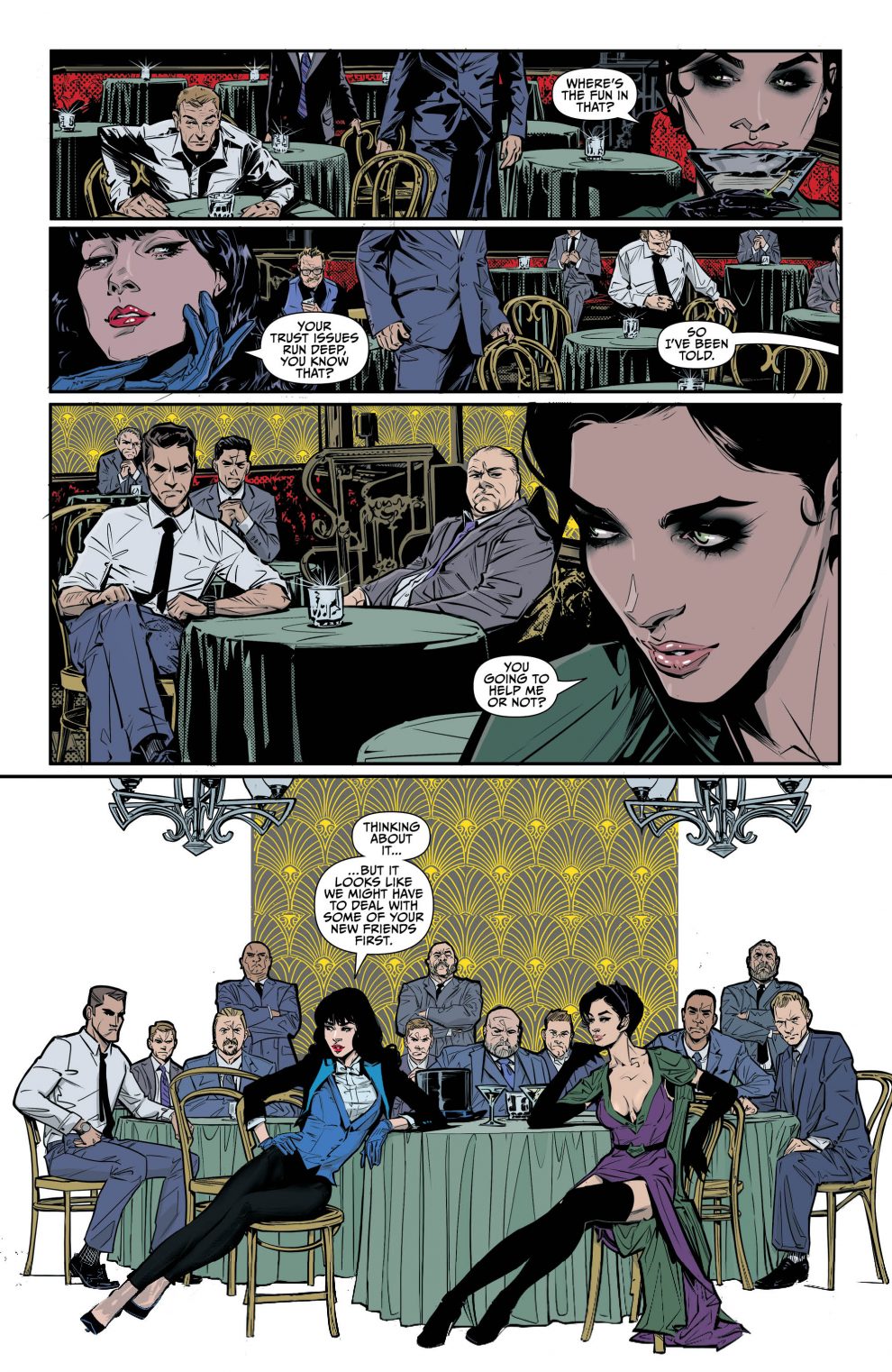 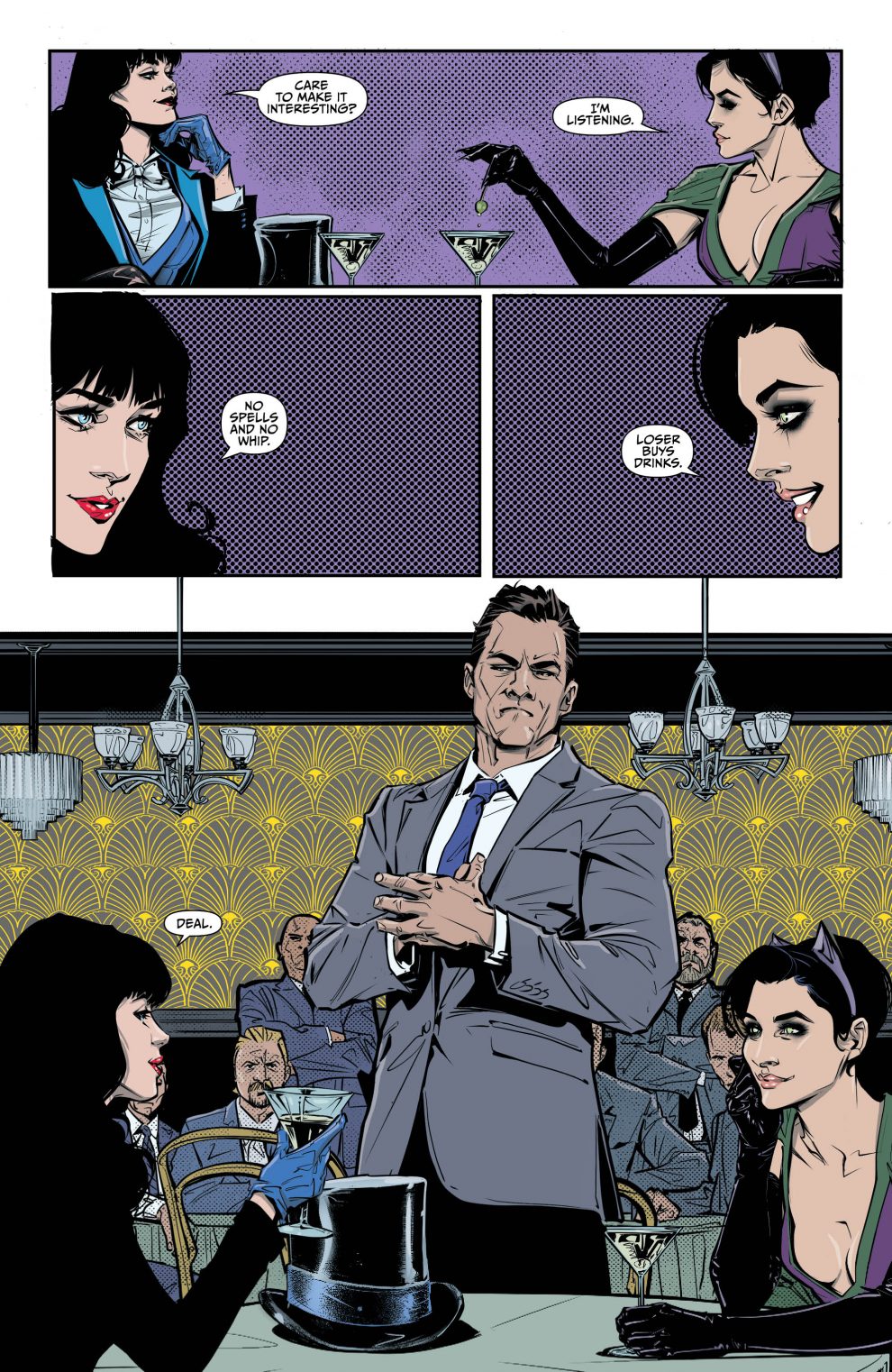 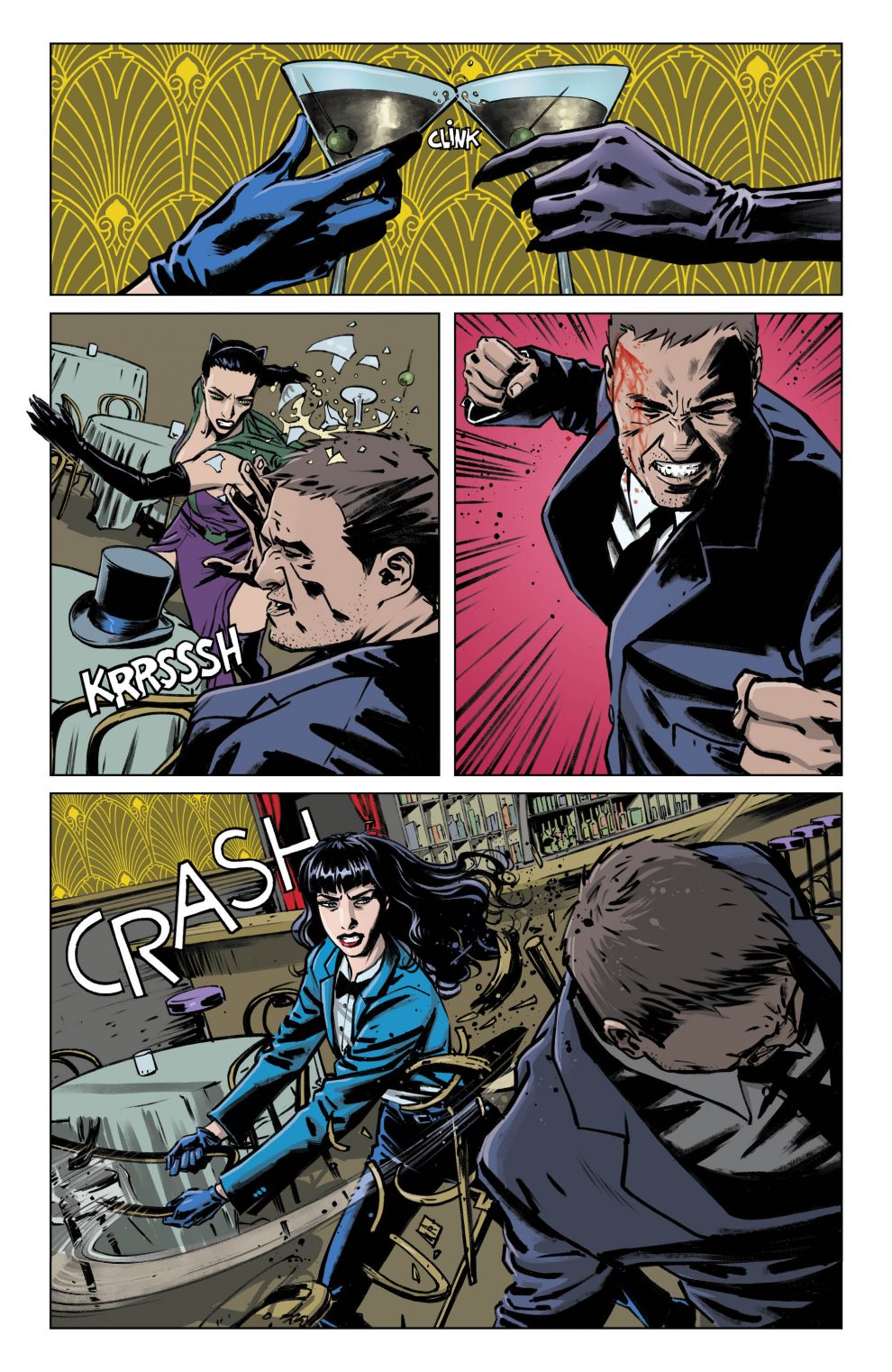 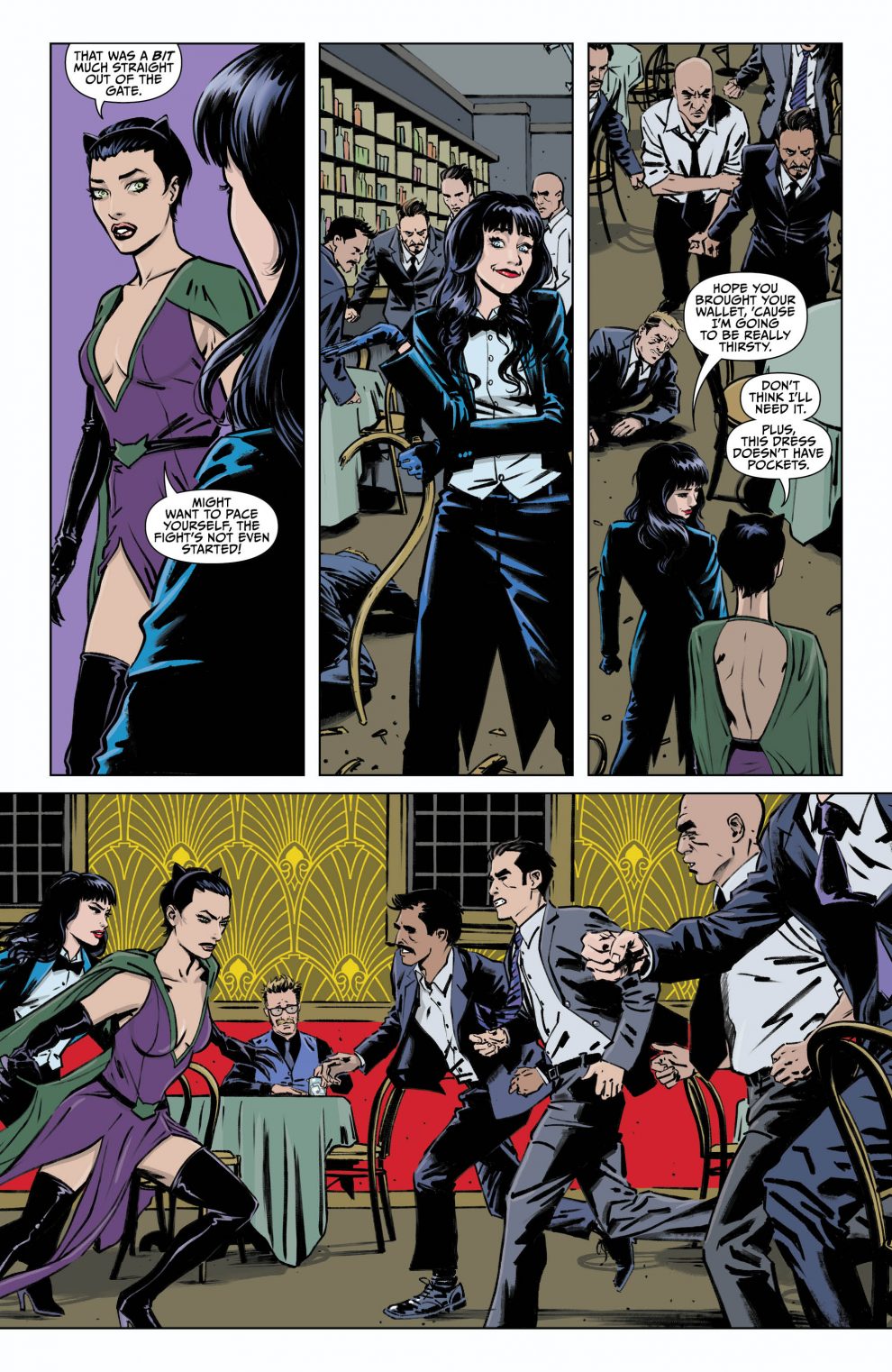 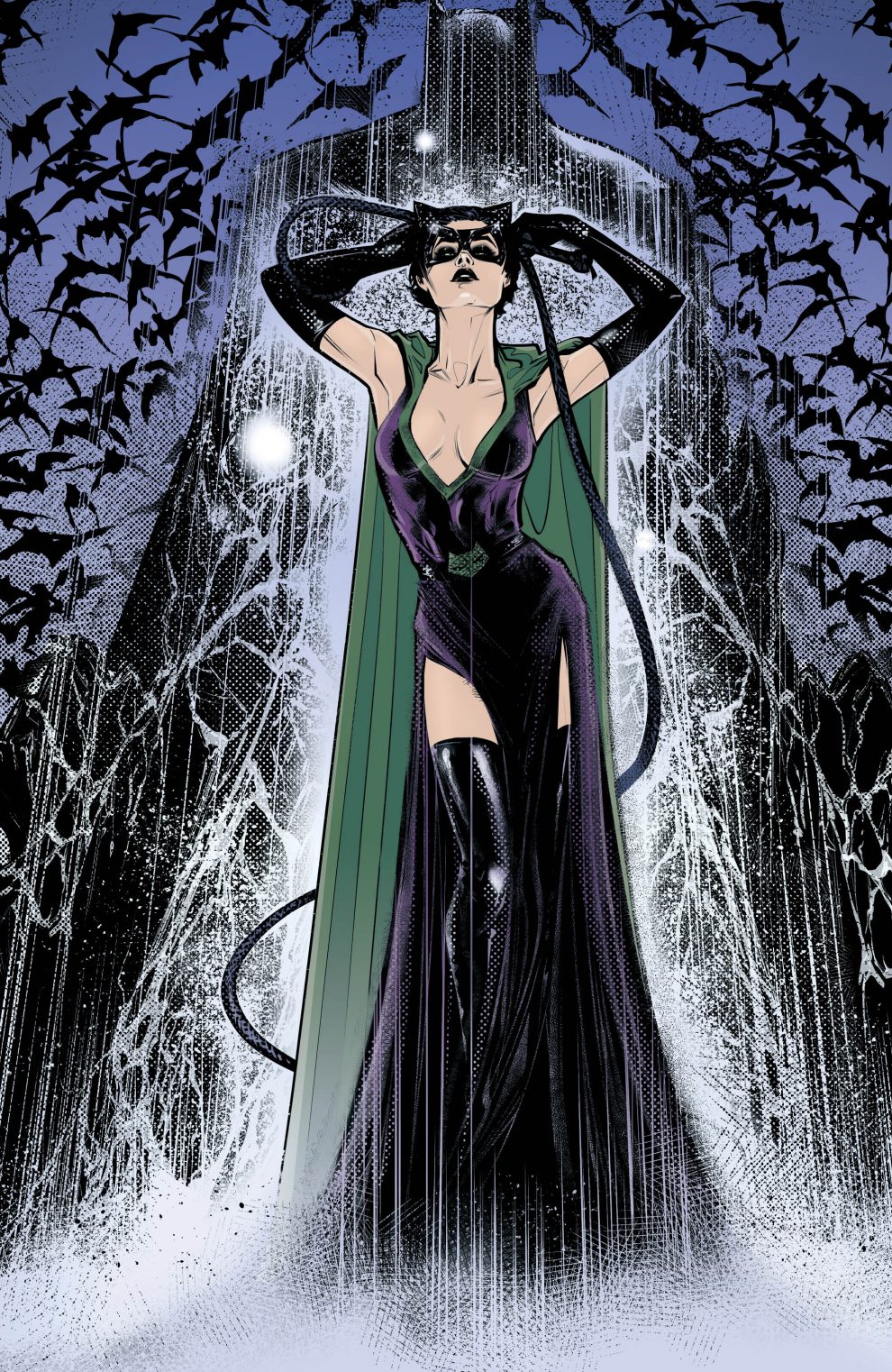 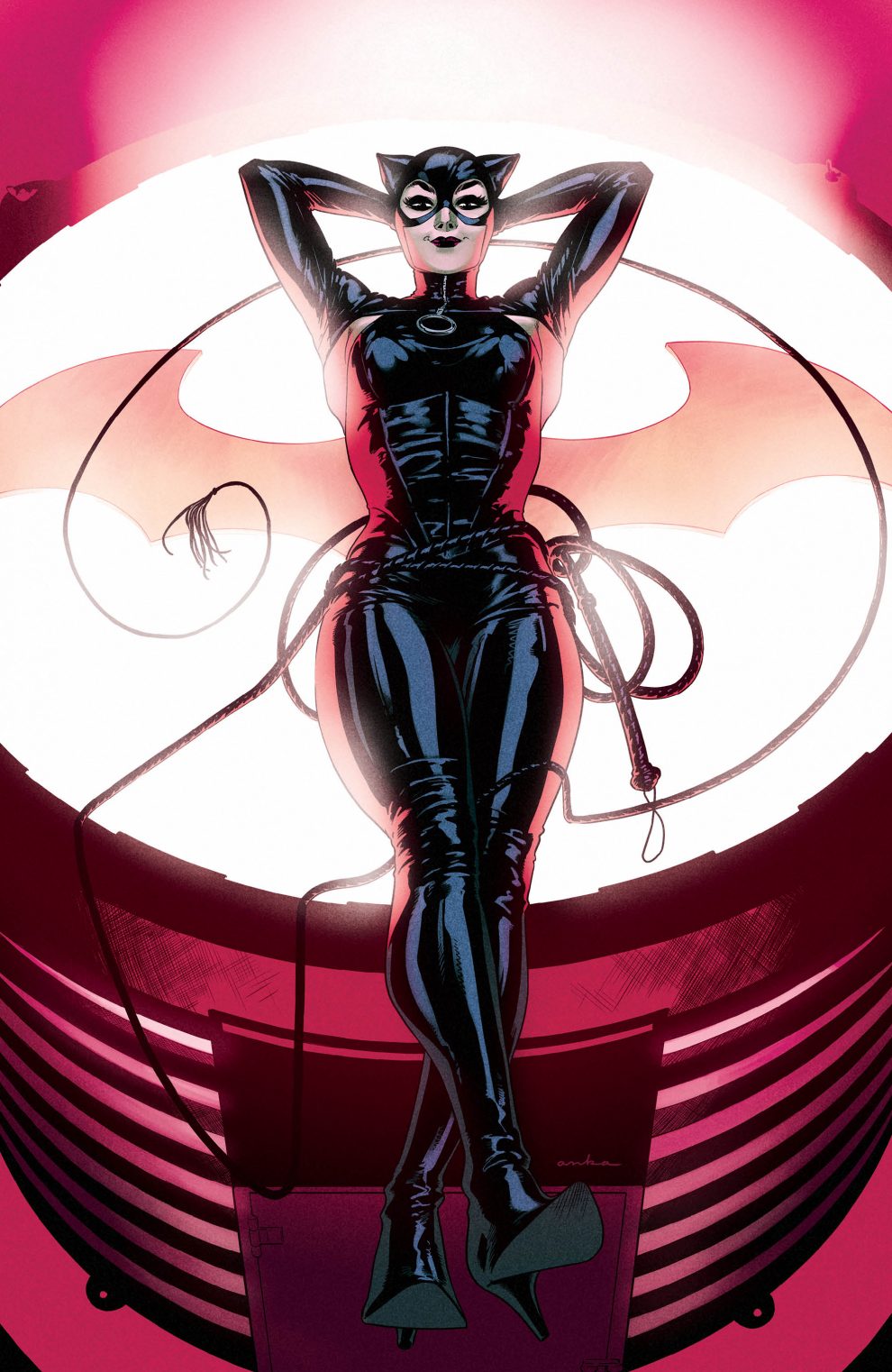 The “masterful summarizing” I was talking about was excellent. When the main action cuts away, we get a run down of the events back home. Unlike the usual hit of exposition, it doesn’t feel stuffy. I have to applaud Jones’ short nature, only giving out information that’s important. The whole section is written so sincerely in another character’s voice. It feels like the well-intended kid from Villa Hermosa.
The issue’s a lot of fun. The girl talk devolves quickly when we realize that two women are alone in a parlour with lots of unsavoury men. It’s a real testament to the diversity of the character, that cameos in this issue. Zatanna handles herself very well in a barroom brawl with no magic. It’s a special story when someone, who really isn’t the focus of the issue, can come in and still be shown sincerely in another light. We’re treated to many double page spreads of the ladies running and taking names.

We’re shuffled along from one set piece or another, in Catwoman #18. The issue perfectly sets us on a fever pitch towards a bubbling point. We all have much to be excited about going into the next instalment.