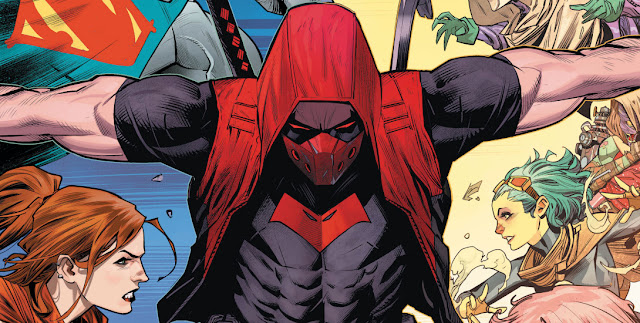 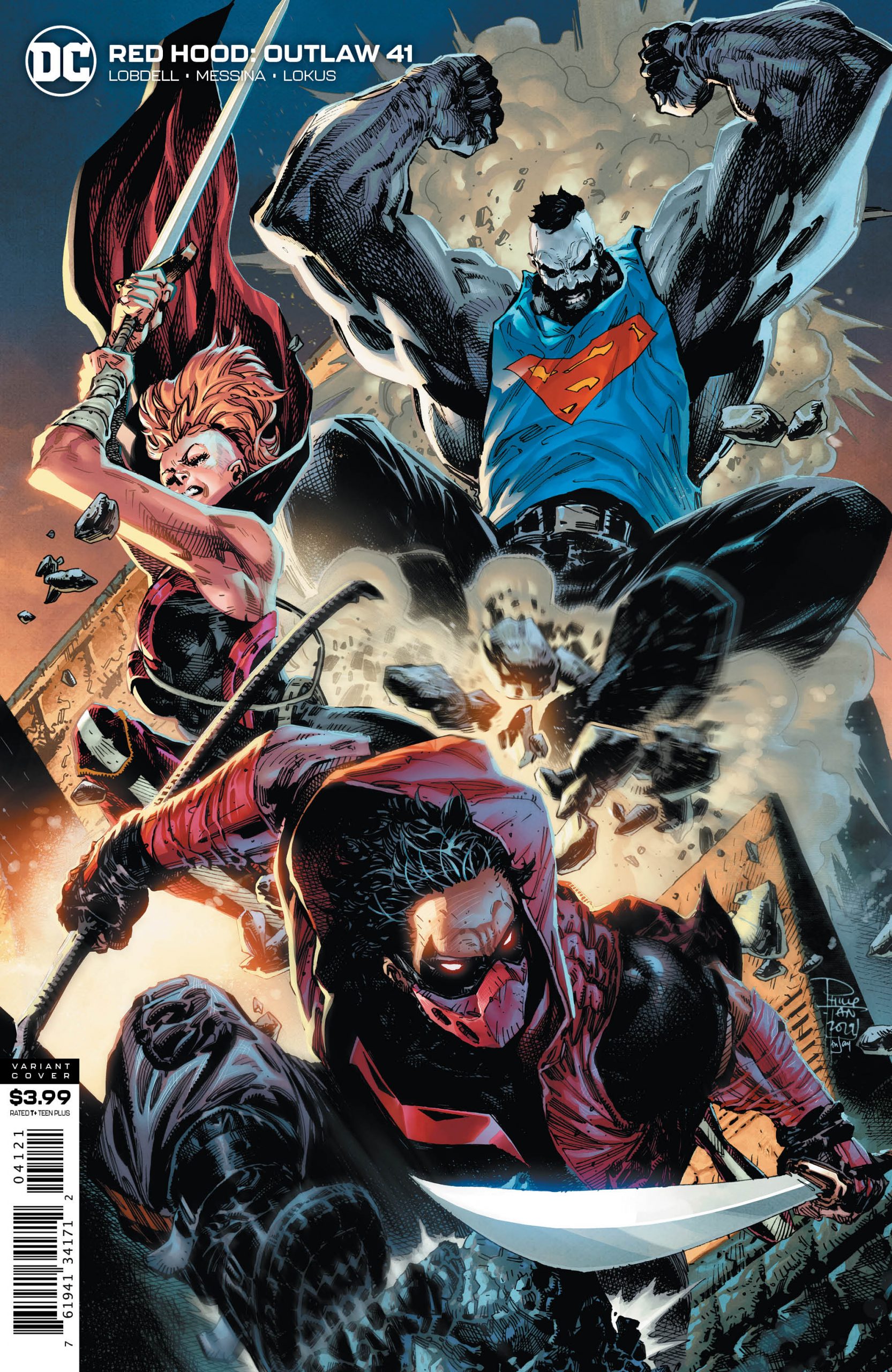 Jason Todd was not ready for the twist at the end of the last issue. The last time we saw our down and out hero he was, well… down and out. Big things are happening in the small and enclosed space underground that our team of Misfits calls home. In Red Hood Outlaw #41 we get returning heroes and a creepy child, always a recipe for entertainment. Will Red Hood be able to get through to his friends, or will they throw him a through a wall instead?

Amazonians and Gentle Giants, I think we can all agree that Scott Lobdell really knows how to write a comic. The suspense he creates is nothing short of genius, yet you can tell he doesn’t take everything too seriously. We can see this clearly in the humor he uses when writing his dialogue, along with the awesome twists and plot jokes he adds in. There are so many times in Red Hood Outlaw #41 that I just wanted to praise Lobdell for his cleverness. The interaction between the generation outlaw classmates are, as always, amazing. They’re still split off in small groups for the most part, but seeing them grow and bond with each other I can only imagine what Red Hood would say. He’d be such a proud teacher! 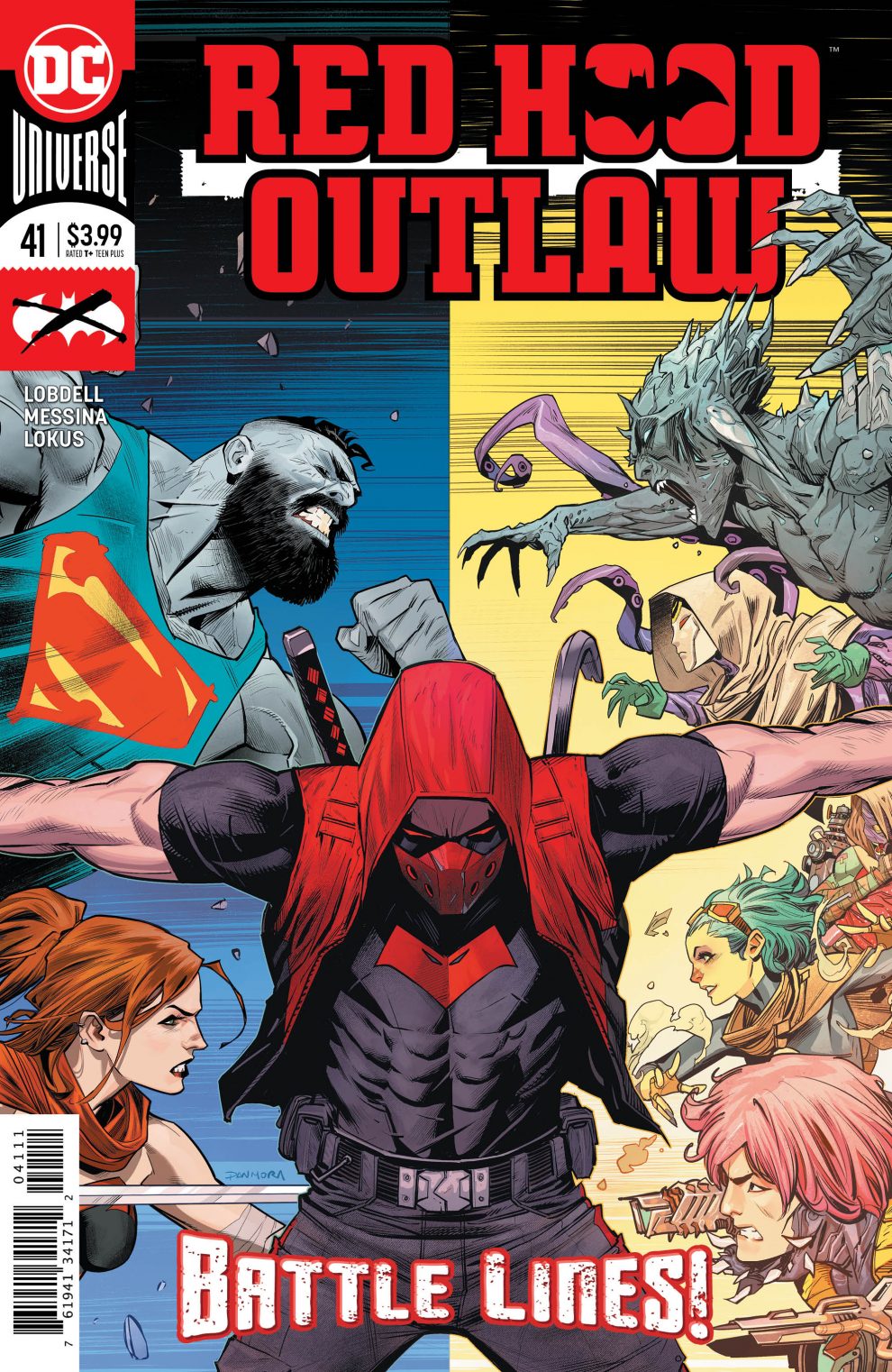 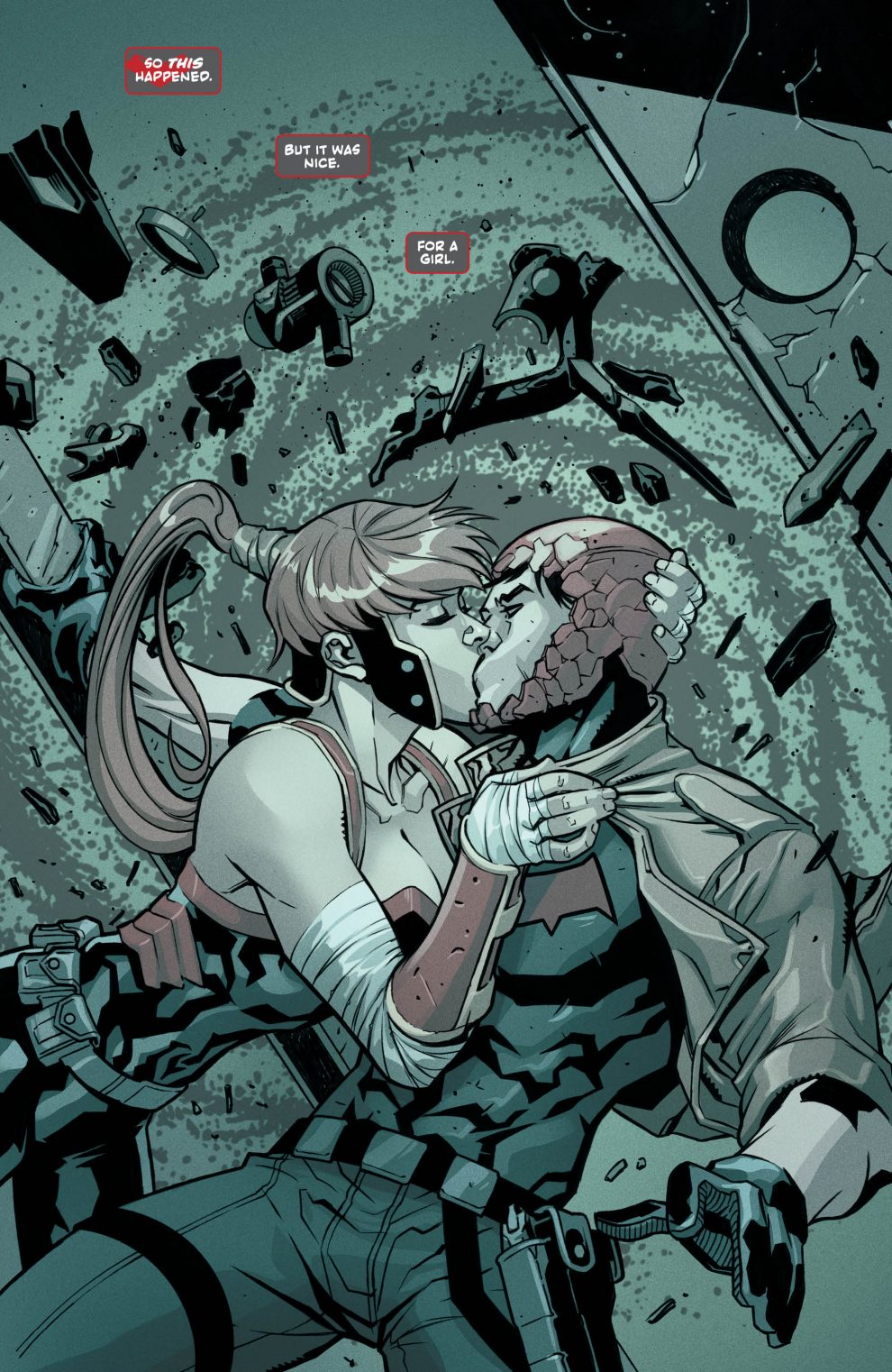 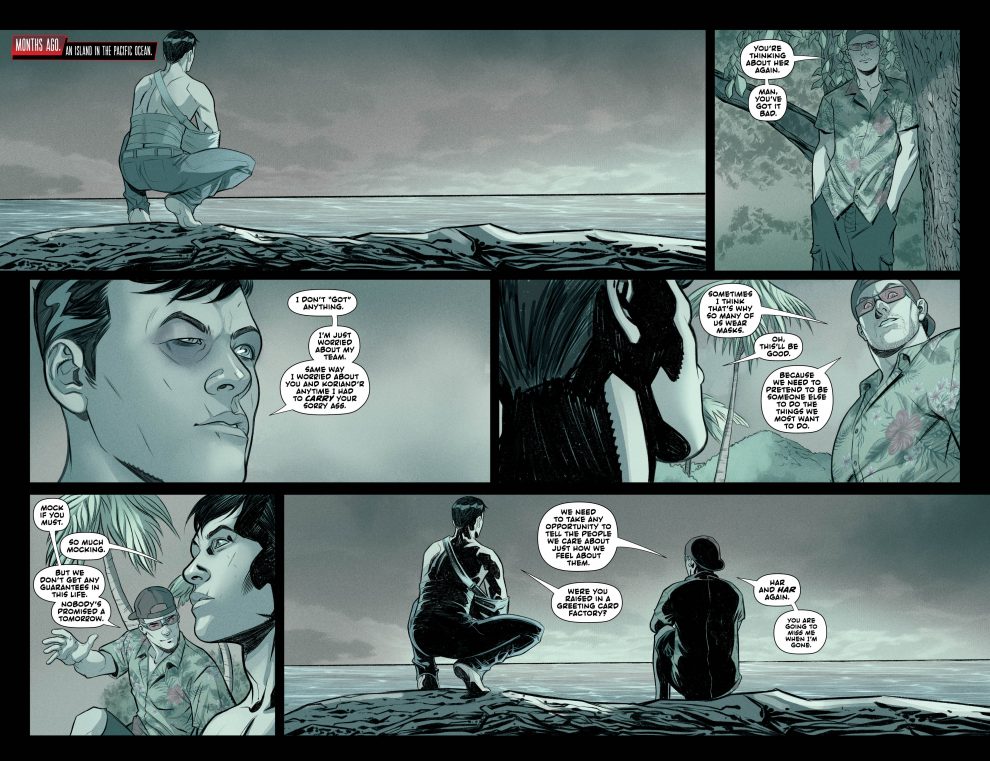 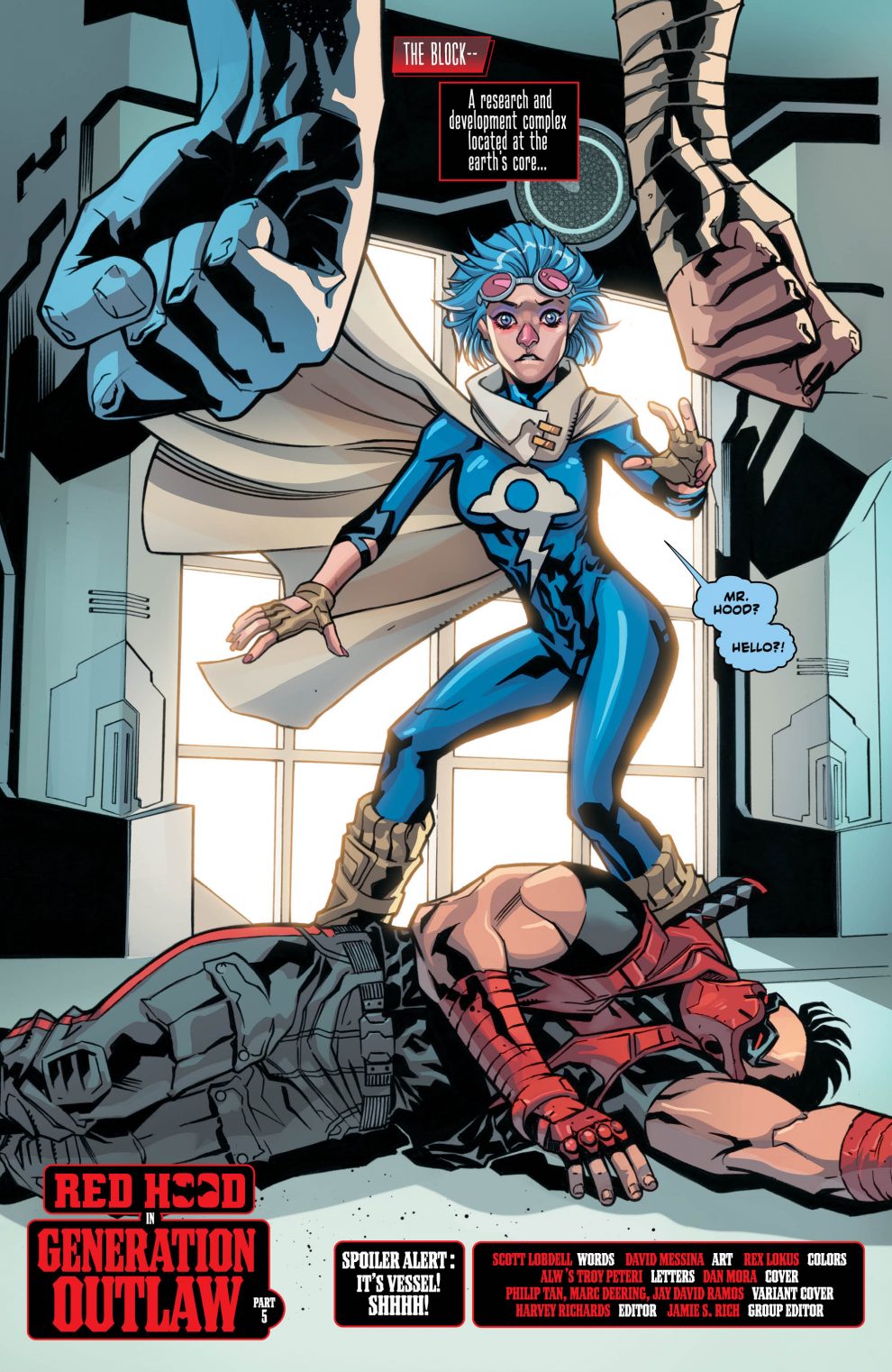 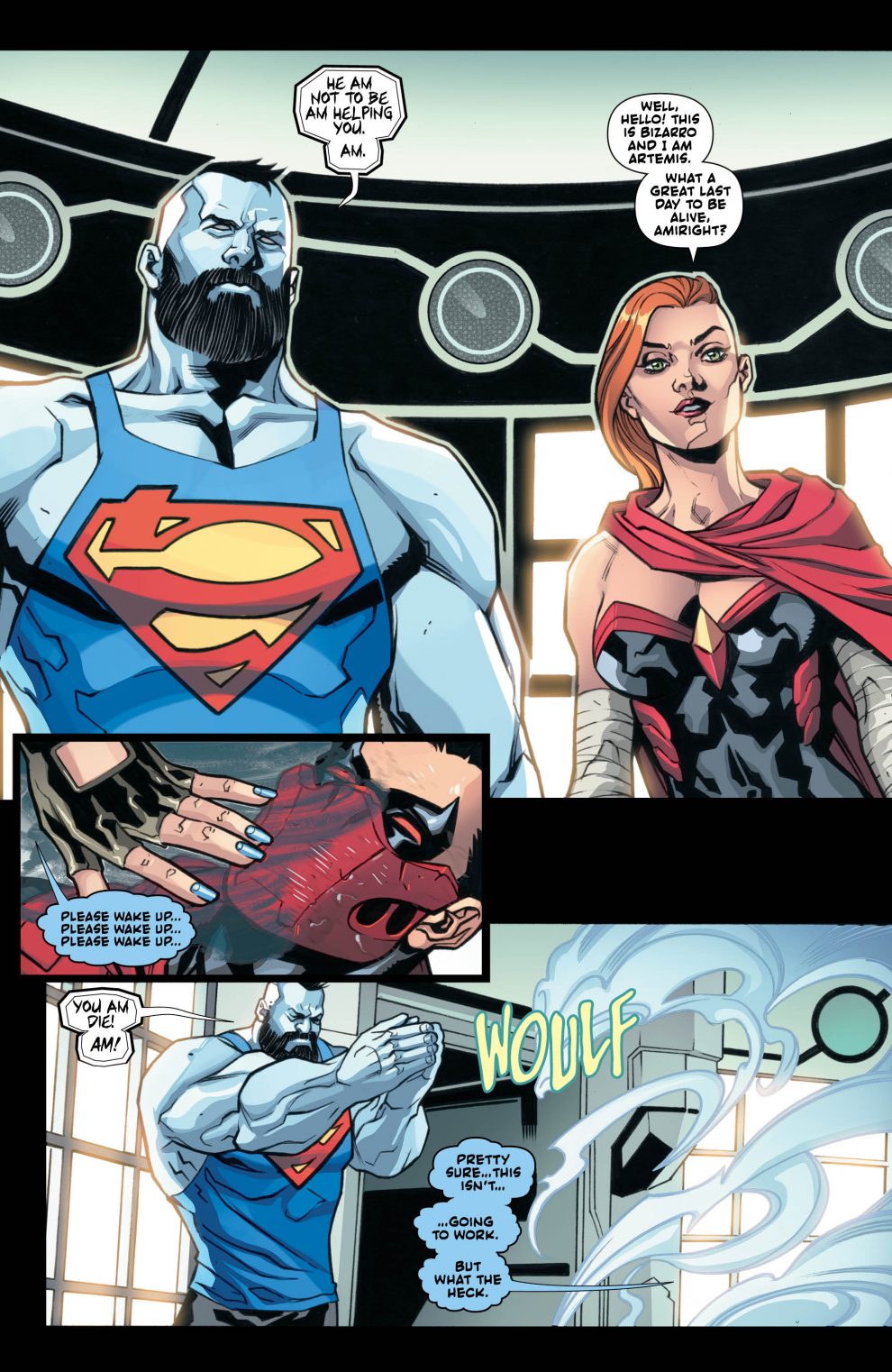 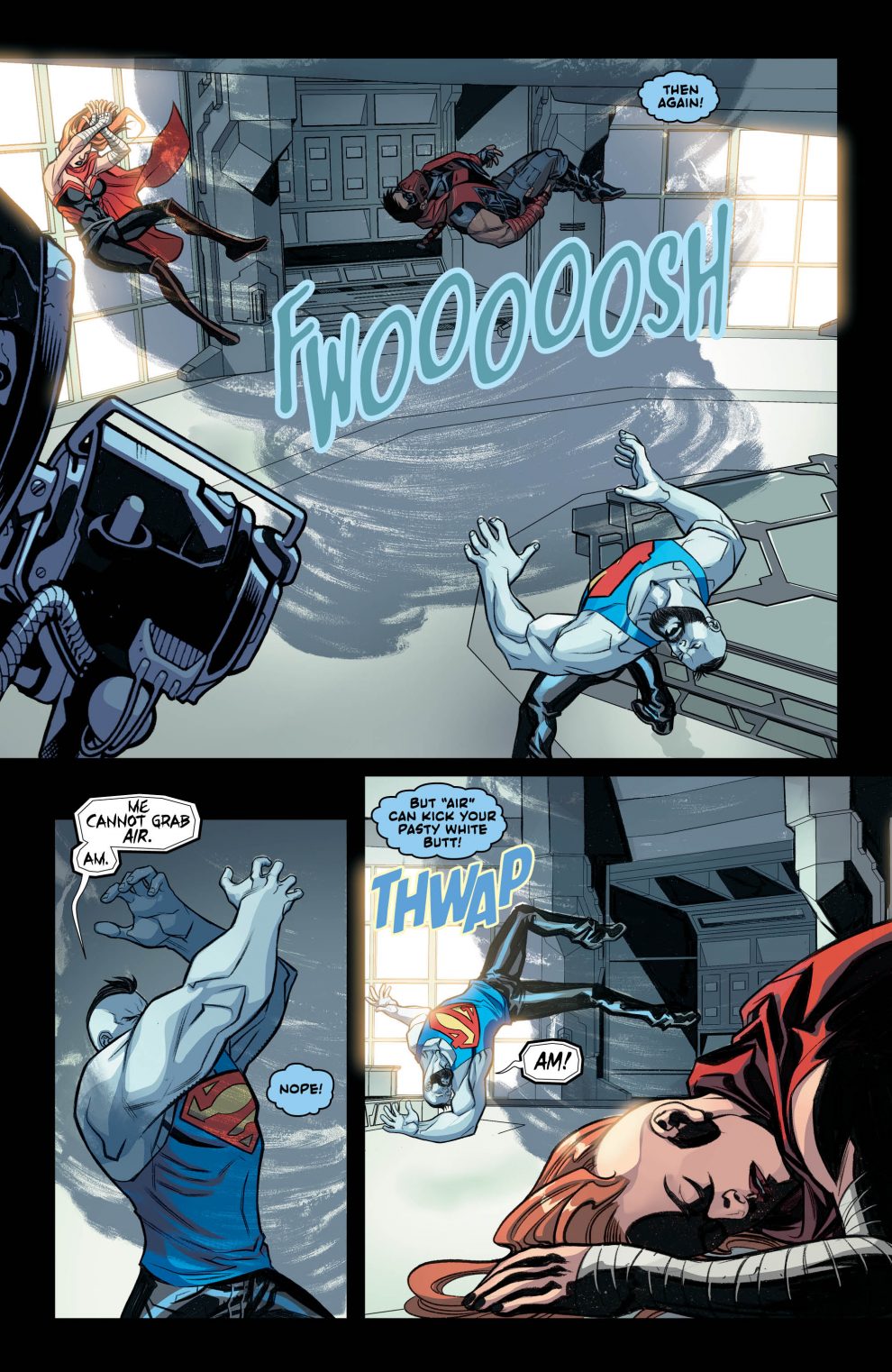 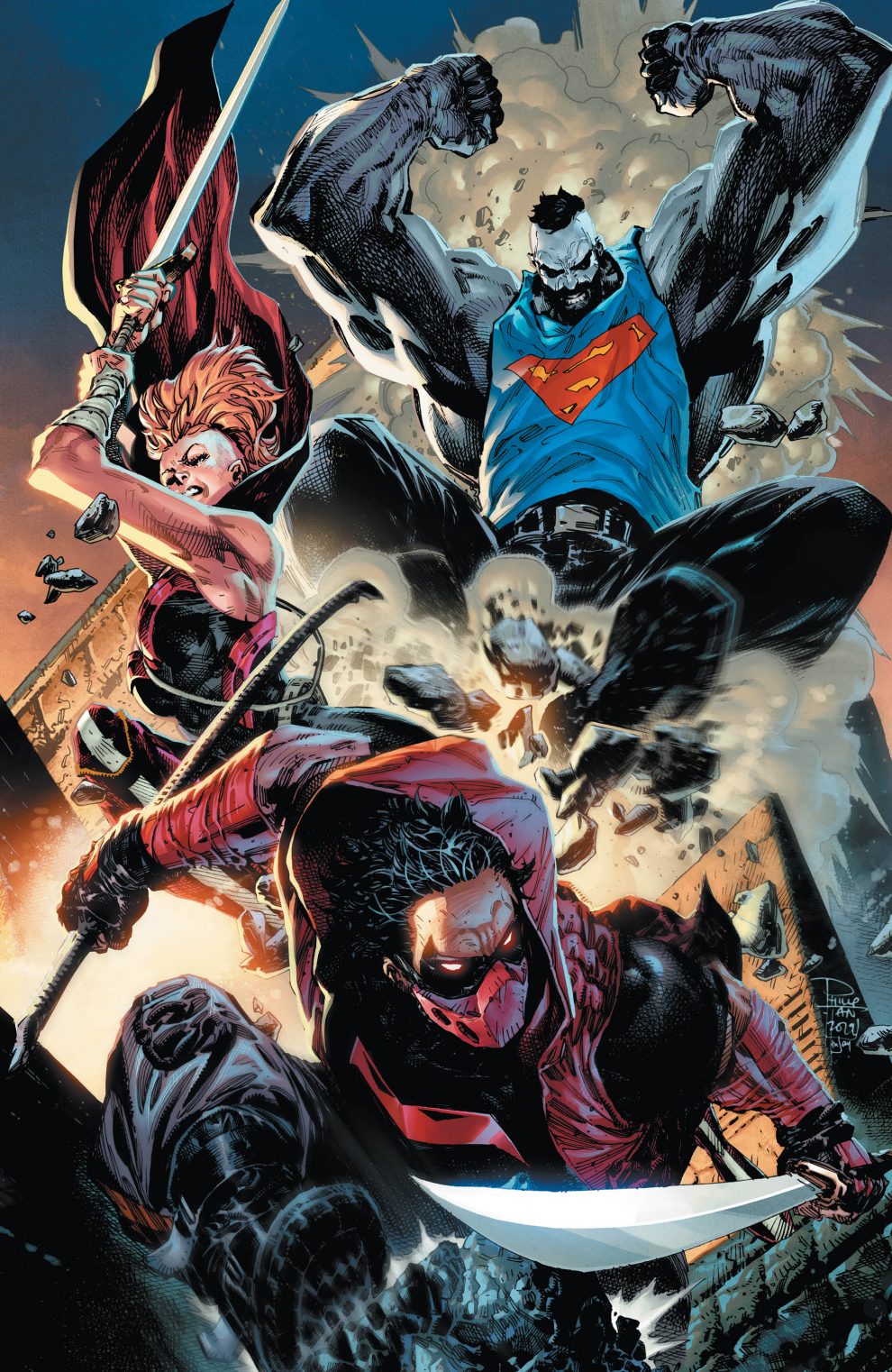 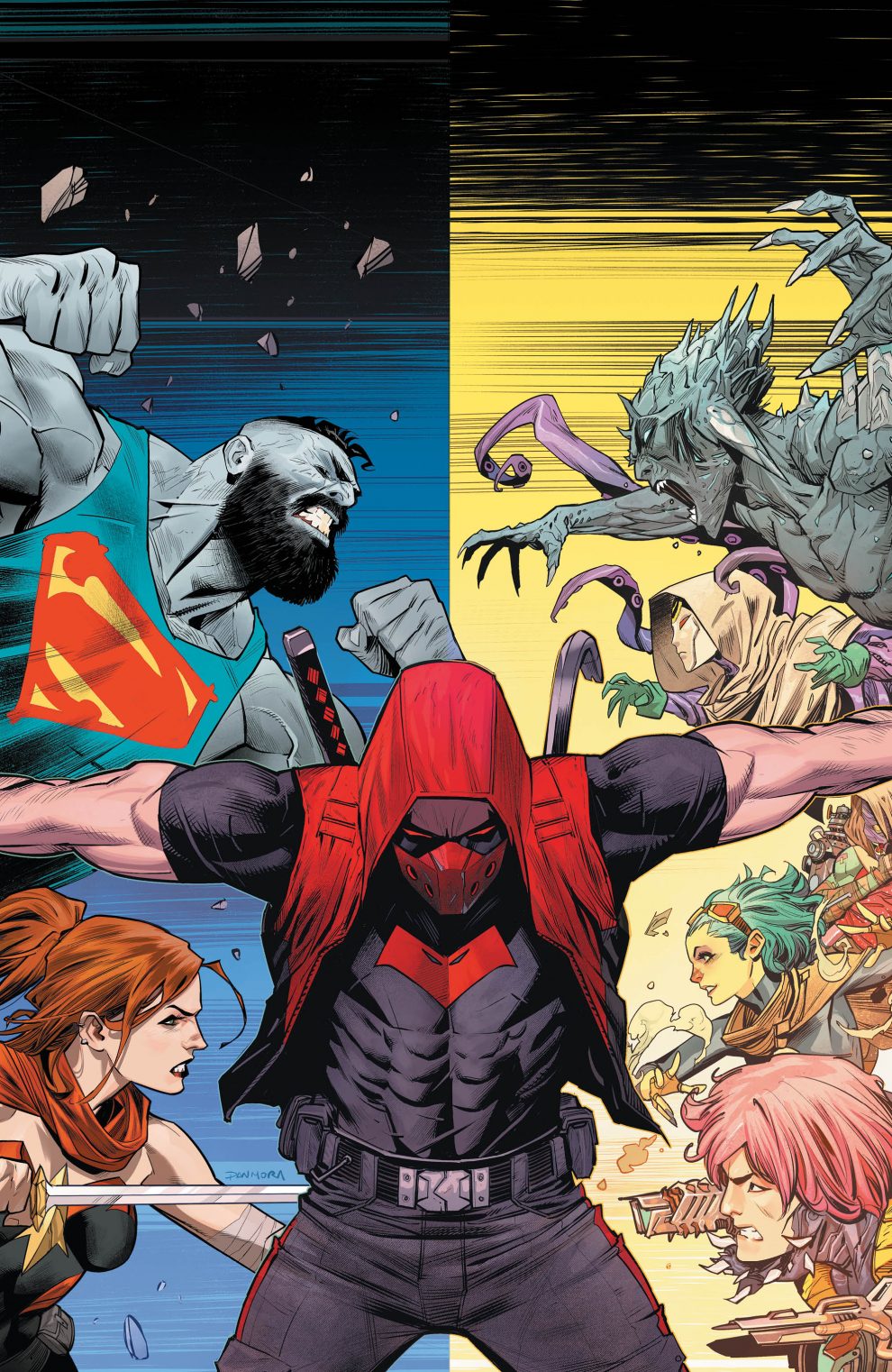 Artemis and Bizarro are back baby! A little bit weirder than normal, I have to admit, but we love them just the same. Red Hood Outlaw #41 really makes you appreciate the side characters. I mean, really… Jason’s one lucky masked man! Even in the gut wrenching flashback we get even more amazing characters and friendships.
The way Scott Lobdell plans everything and sets it all out really tells you how much time goes into planning a story line like this. Things have come back into play from a while ago, yet everything still makes total sense.

Is Red the color of Love, Anger… or just a Hood?

There’s so much happening in Red Hood Outlaw #41, I’m impressed as usual with the artwork. So many characters and different backgrounds to pay attention to. David Messina is, as usual, right on the money when it comes to depicting our favourite disaster group. The way the characters are drawn really shows their personalities shining through. This is helped immensely by the color artist Rex Lokus. With every character there seems to be a hue shift to match who’s currently in the panel, which all adds a little something extra to the atmosphere.

Once again we have an amazing Red Hood comic, that can only lead to more. Everything was fun, and violent, and interesting, and exactly what we’ve come to expect from a Scott Lobdell comic. I genuinely have no idea where we go from here, as there are so many ways Jason can throw us through a loop.
I can’t wait to see how our next Generation of Outlaws handles life now.