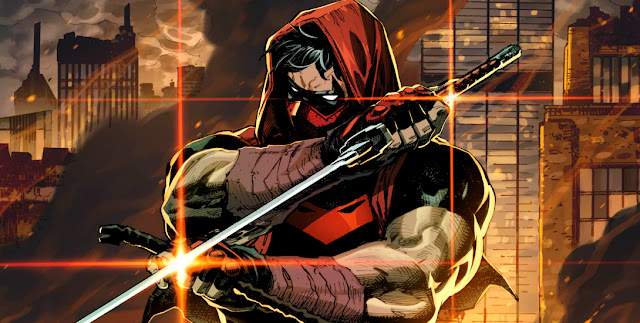 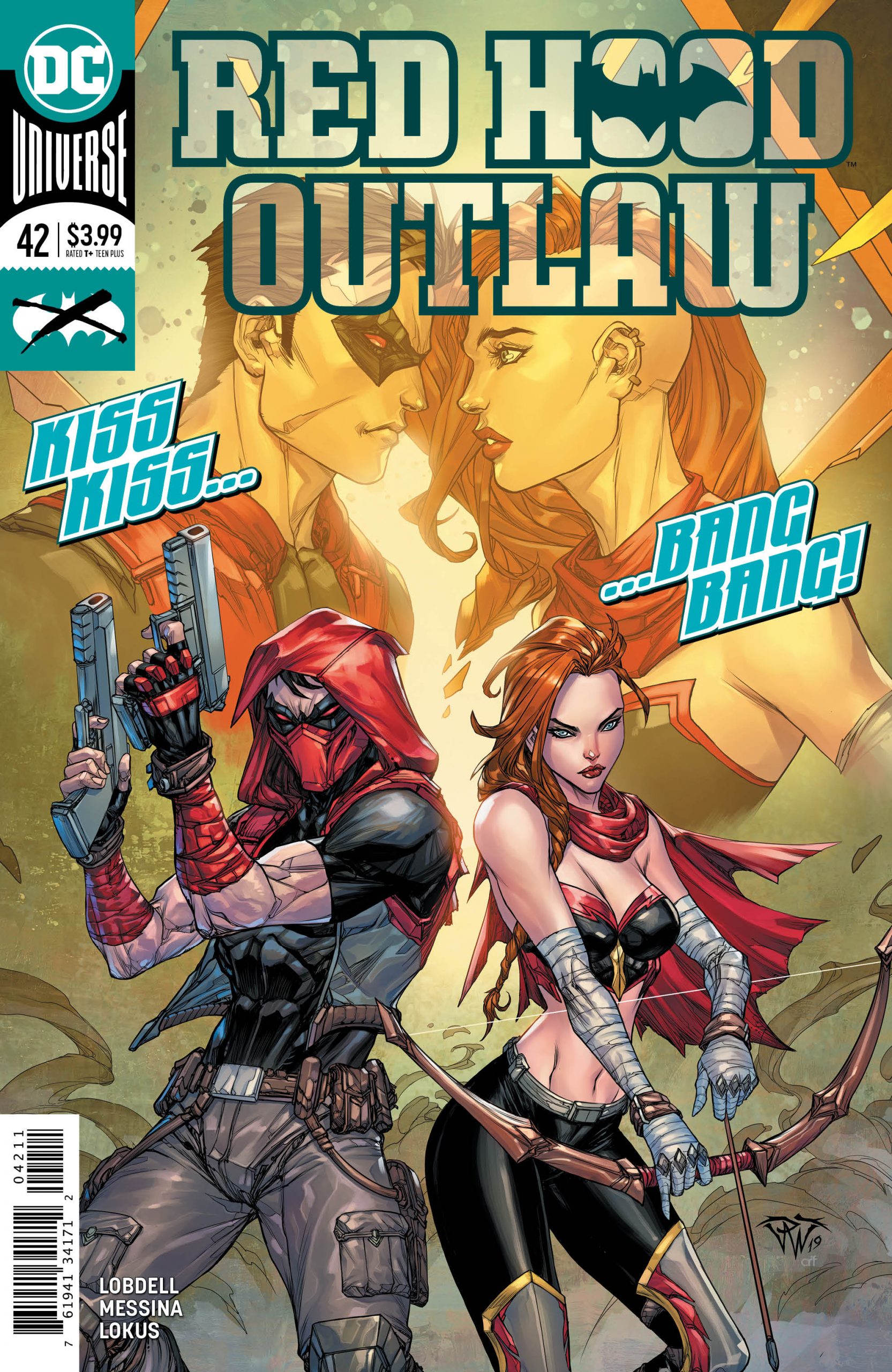 Review by Fay Clark
We’re back… everyone’s back! Things are returning to whatever counts as normal around here (but there are more shenanigans to come, so don’t worry). After everything Jason went through in the last issue, we finally see him getting to spend some down time away from the kids and re-connecting with his former teammates, in Red Hood Outlaw #42.

Has The Prince Of Gotham Found His Princess?

Listen, every time I need to review an issue of Red Hood I always end up screaming about Scott Lobdell’s writing. The day that changes is the day he leaves, and I never want that day to happen. He puts so much emotion and feeling into his comics. Lobdell really knows how to take you on a roller-coaster ride. Jason has already been through so much as of late, and Scott keeps throwing things at him. Our scoundrel can roll with the punches though, so I’m sure he’ll be fine.
Artemis and Bizarro are finally home. Seeing them at piece and not having to fight for their lives really is something we haven’t seen in a while. Knowing that Lobdell can write a fight, it’s great to see him weaving a calmer scene, with deep emotion attached.
Jason Todd’s a complex character, he’s smart and violent, loyal and kind. He’s troubled and hurt too, but most of all he’s grieving. Still. Everything that’s been going on Red Hood hasn’t given him the time he needs to mend. One scene in Red Hood #42 really, finally lets Jason lean on someone else and just accept that he doesn’t always have to be okay with everything that’s happened. All I can say is, it’s about damned time. 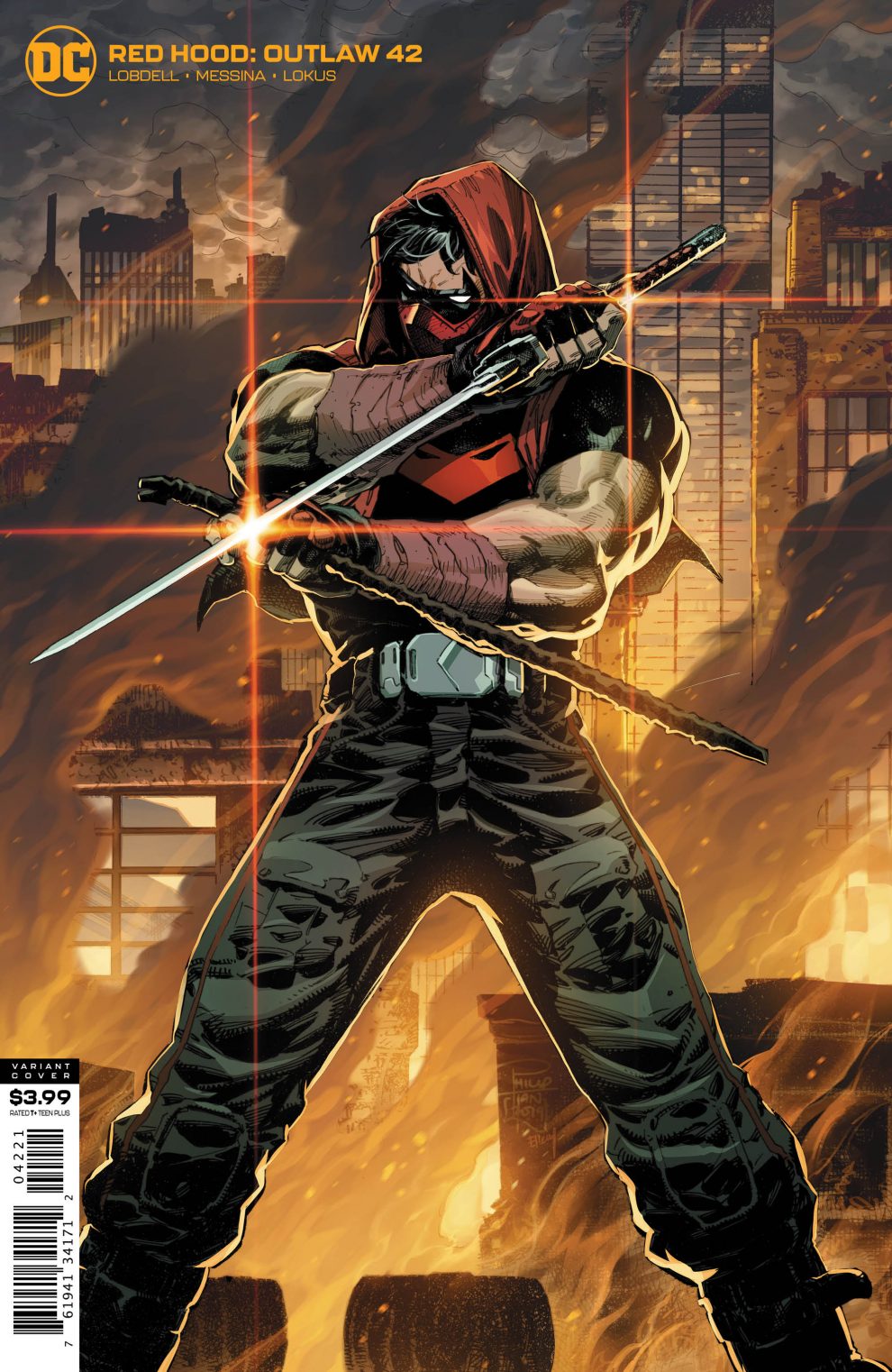 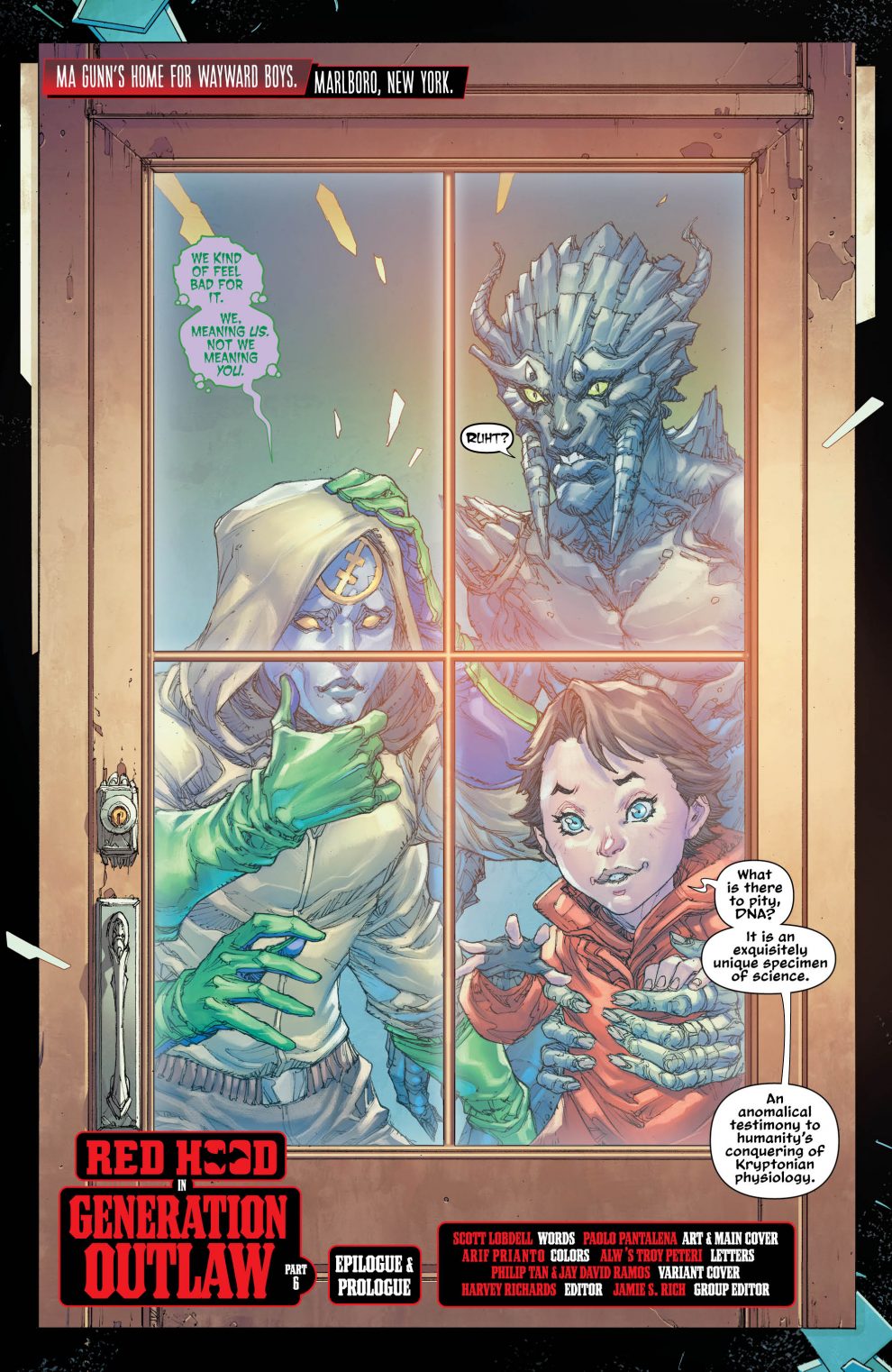 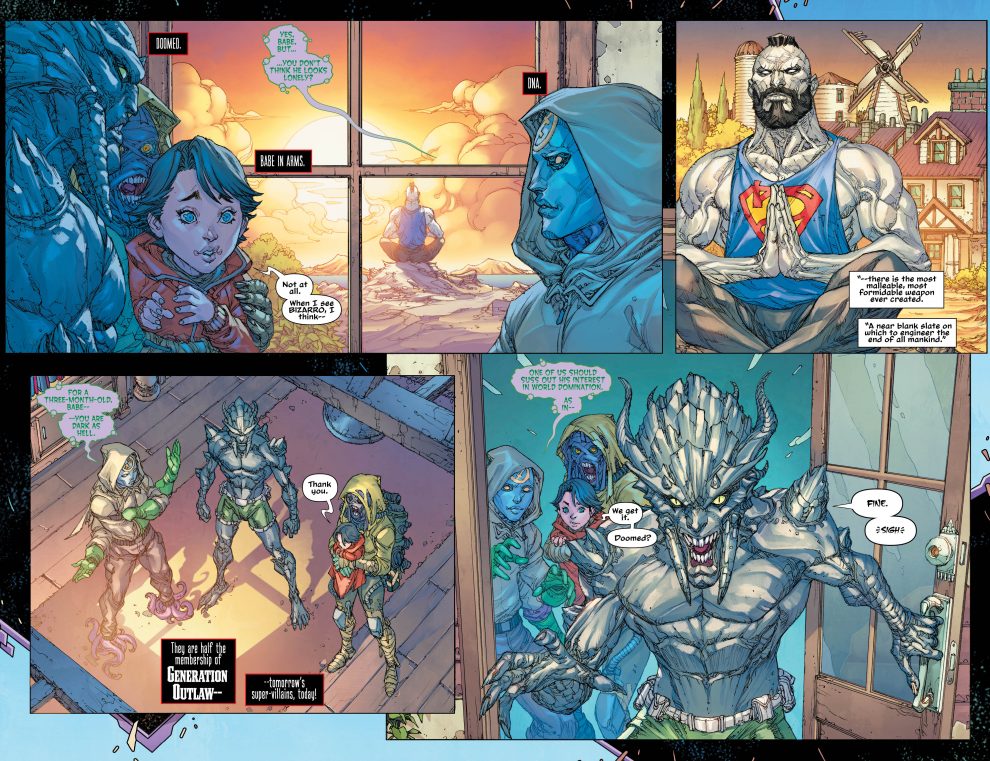 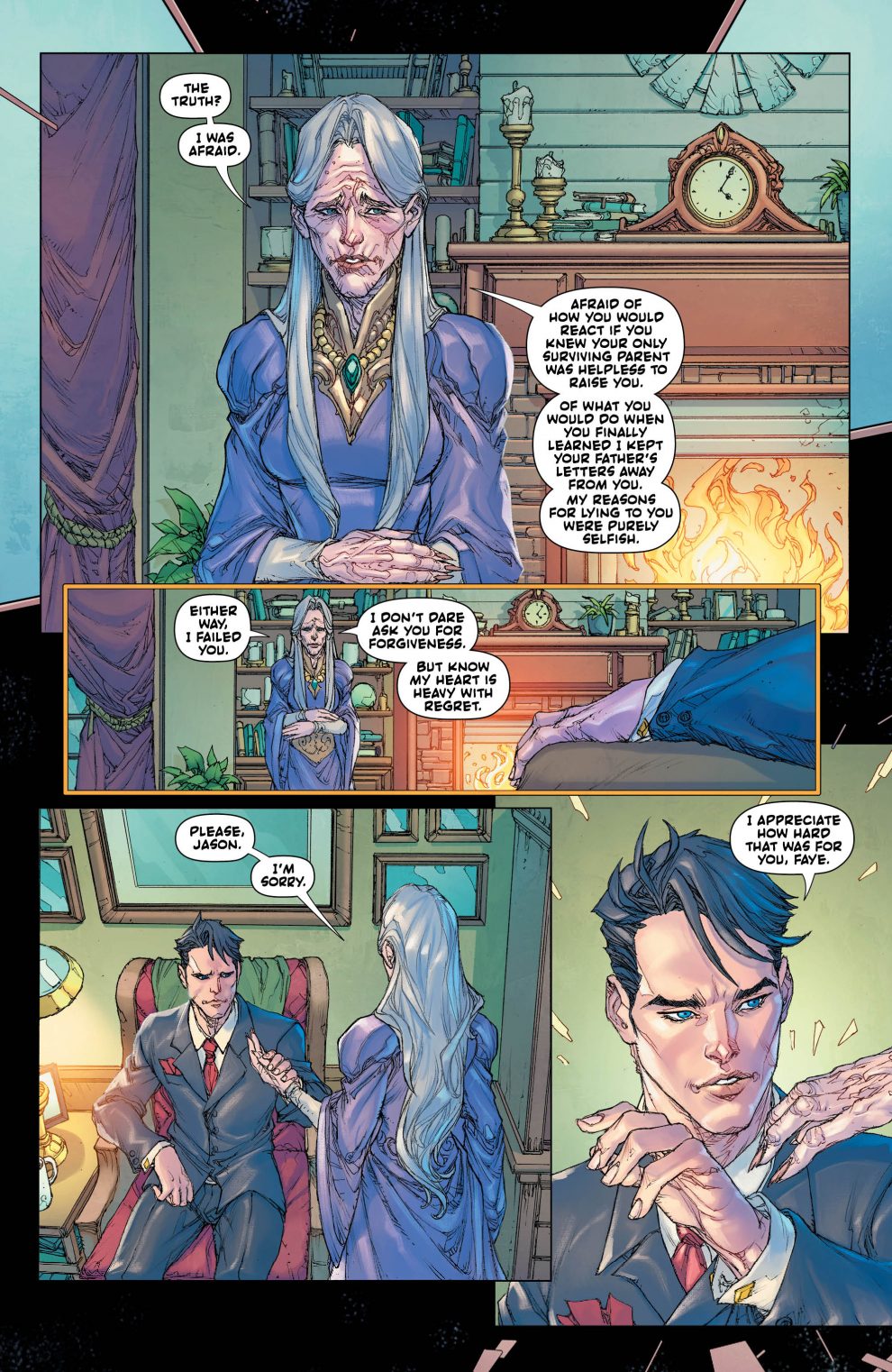 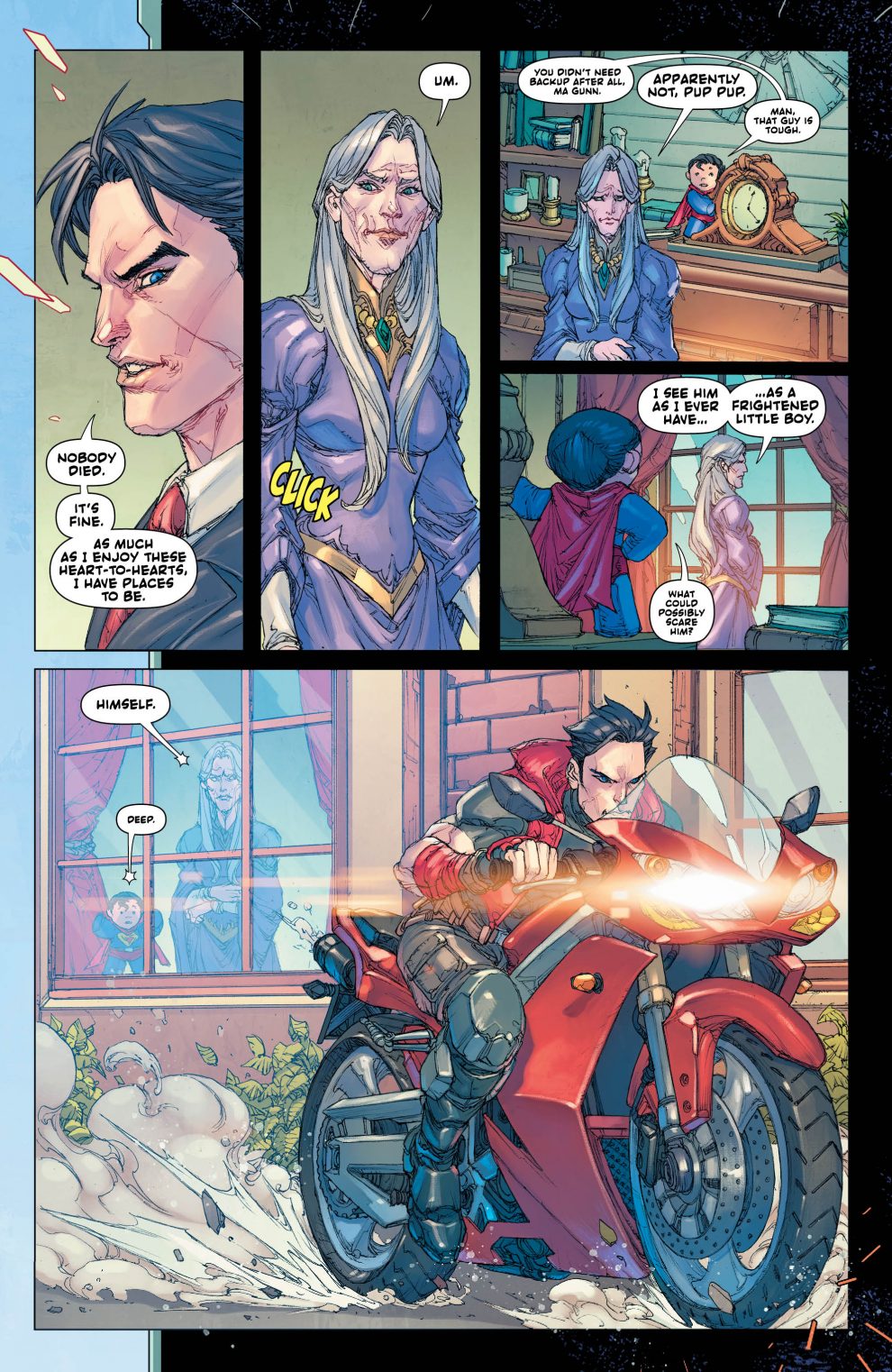 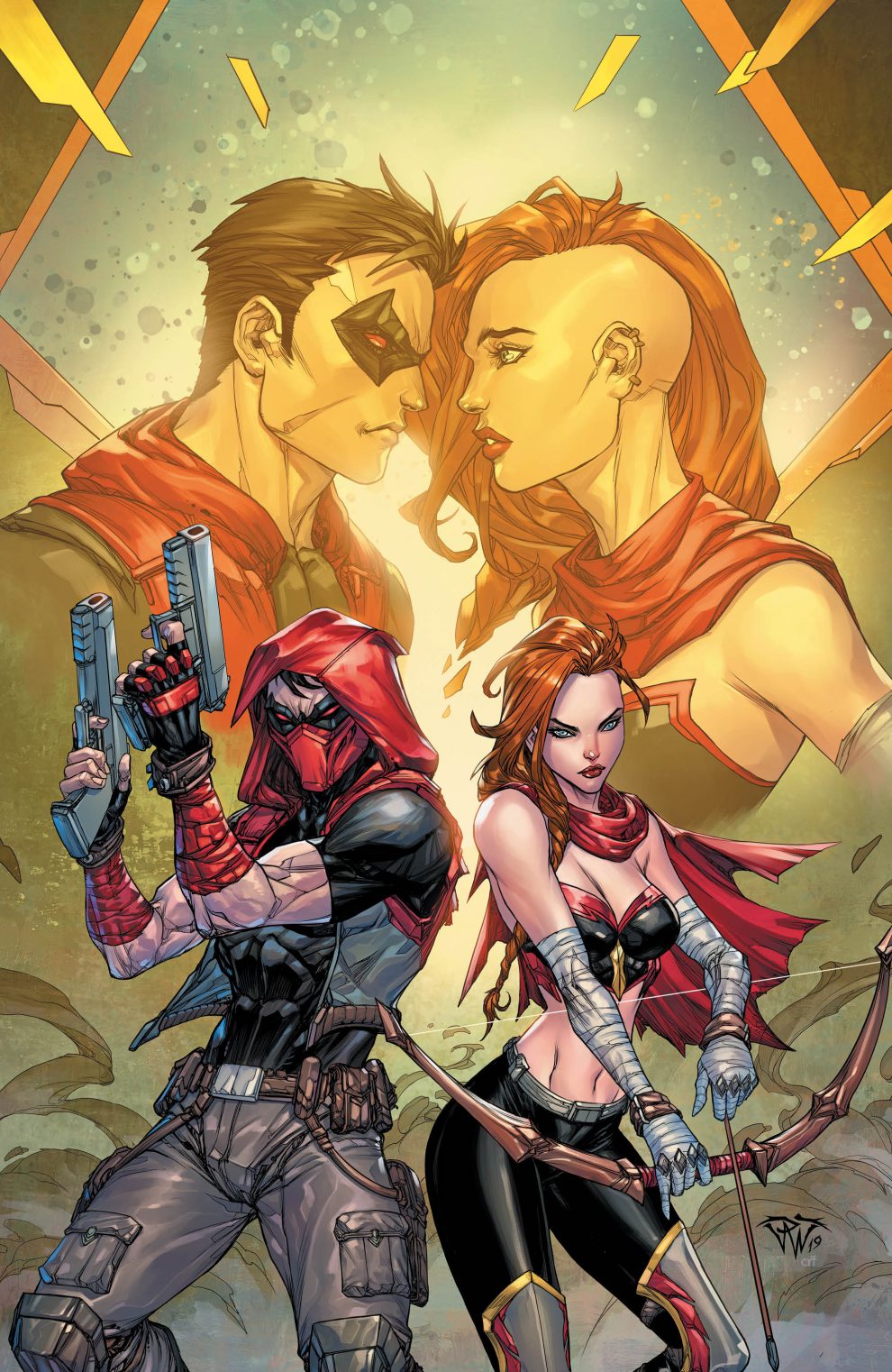 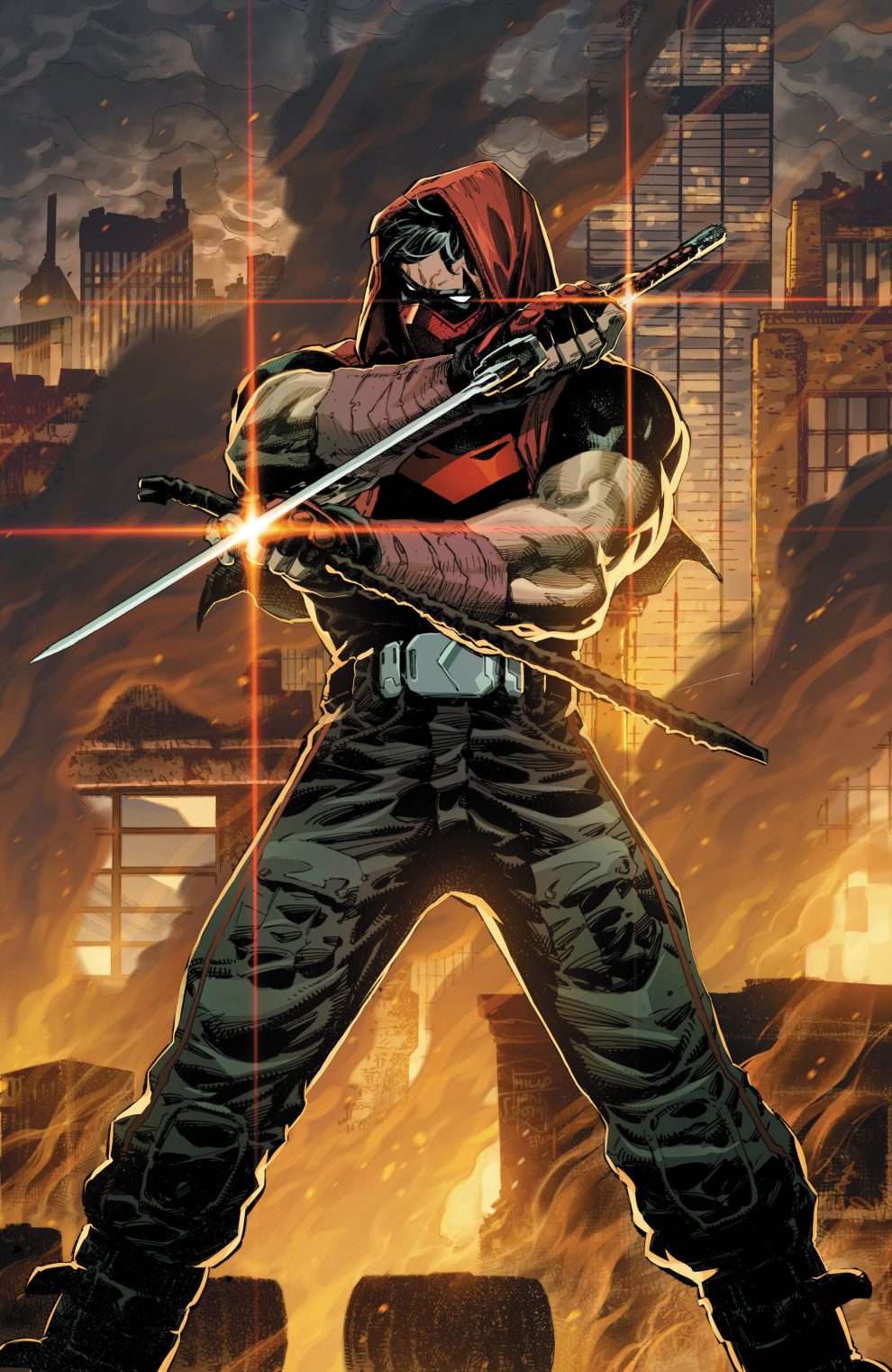 The Nine Panels Of Pantalena

Everything about this issue is an artistic triumph. I take my hat off to Paolo Pantalena and Arif Prianto. The theme of red that runs through the comic really draws your eye to the next panel. Everything’s so well drawn and created by the art team that you can feel like you’re right there with the characters in the story.
There are these nine panels in particular that I found breathtaking. They involve two people, cropped to be able to see the upper body only, the emotions so brilliantly portrayed on Jason’s face are really what sealed the deal. Such humanity, such depth, such emotion. Seeing Jason face slowly moving through expressions like that really helps you empathise with the character… and that boy needs all the love he can get!
There’s a full page panel near the end of the issue that’s simply beautiful to behold. The detail of the piece and the way everything just flows so naturally from one part of the image to the next is just classically well done comic book art.

Everyone needs Red Hood in their lives, it’ll just make it that little bit better. The sass, the life lessons, the friendships. Honestly there isn’t much more anyone could ask for. After this lovely little respite, I’m pretty sure something big’s going to be coming next… the calm before the storm, as they say. Then again, when have things not be stormy for Jason?
I’m going to check back in next issue to find out what he’s up against. Whatever it might be will definitely be interesting, I can already tell you that!