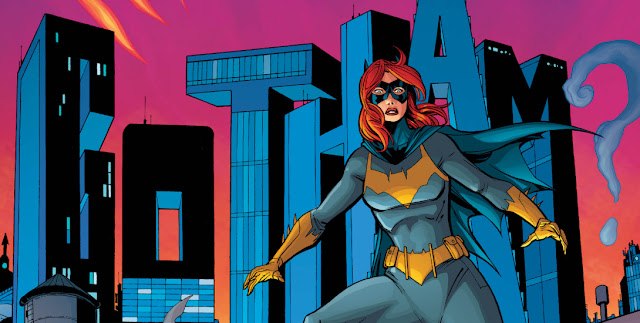 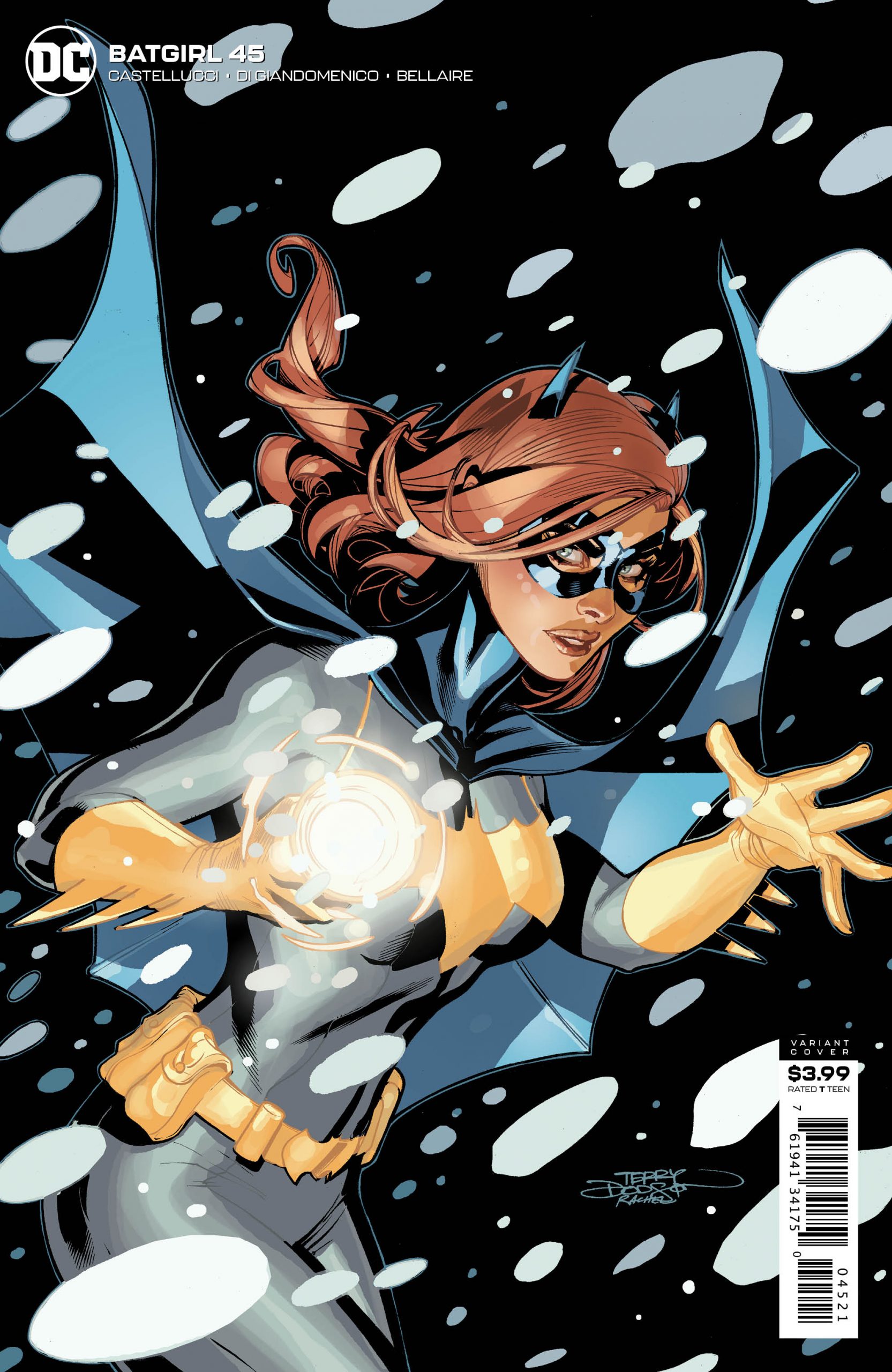 There were some strange goings on in the last Batgirl issue, and let me tell you it keeps getting weirder in Batgirl #45. After fighting off a dragon in a fantasy world, Barbara probably just wants some time to regroup. Well, when does Batgirl ever get what she wants? Stumbling into a new mystery, will our heroine be able to use her brain and skills to figure out what’s going on?

There are things I never thought I’d see Batgirl have to face, and after that last fantasy based story arc,  I thought there would officially be nothing left that would surprise me… until Cecil Castellucci delivered Batgirl #45. Once again this stellar writer’s creative mind has lead us to a place where Batgirl could be in serious danger. The plot line is well thought out and completely unpredictable. 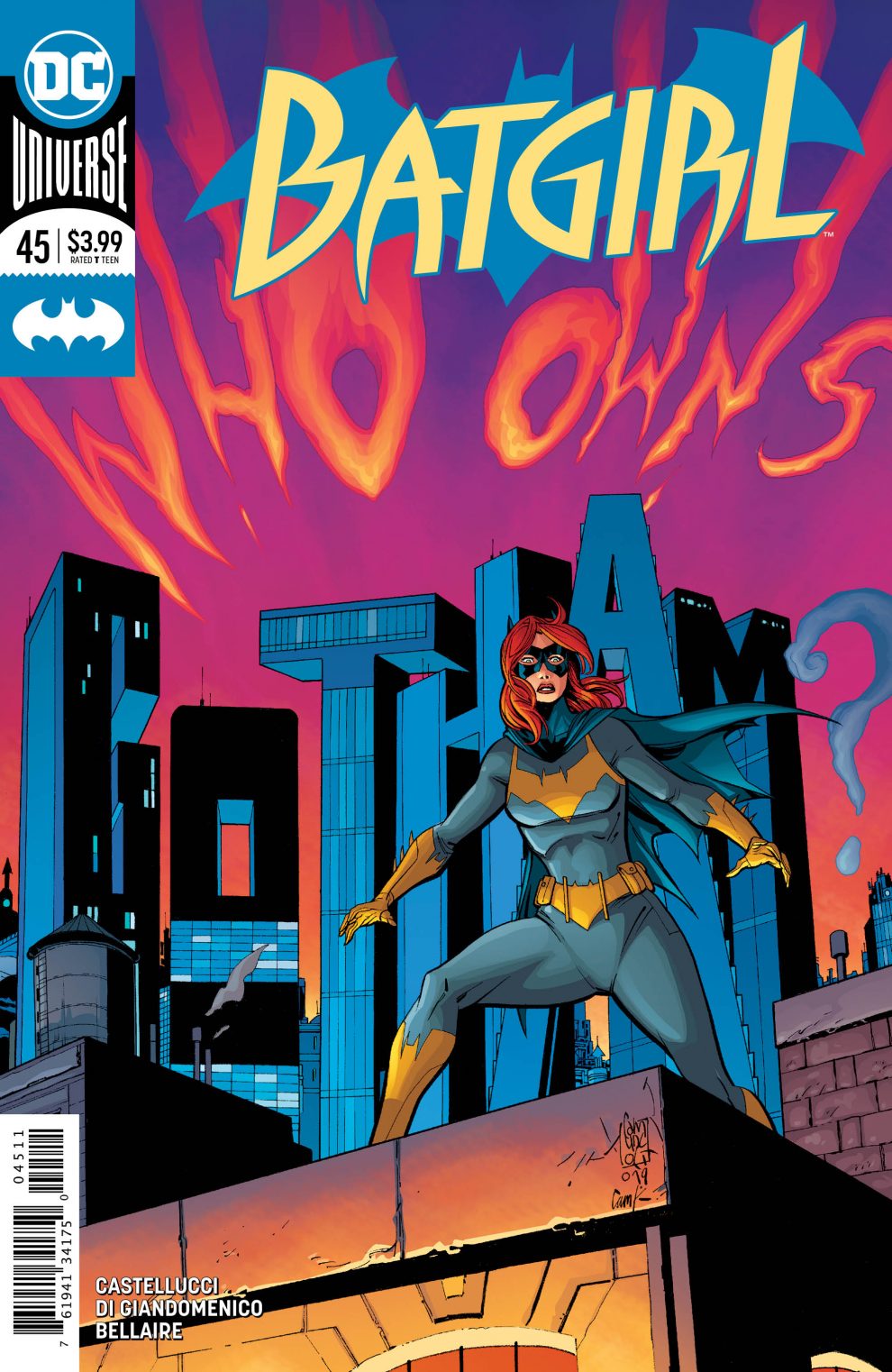 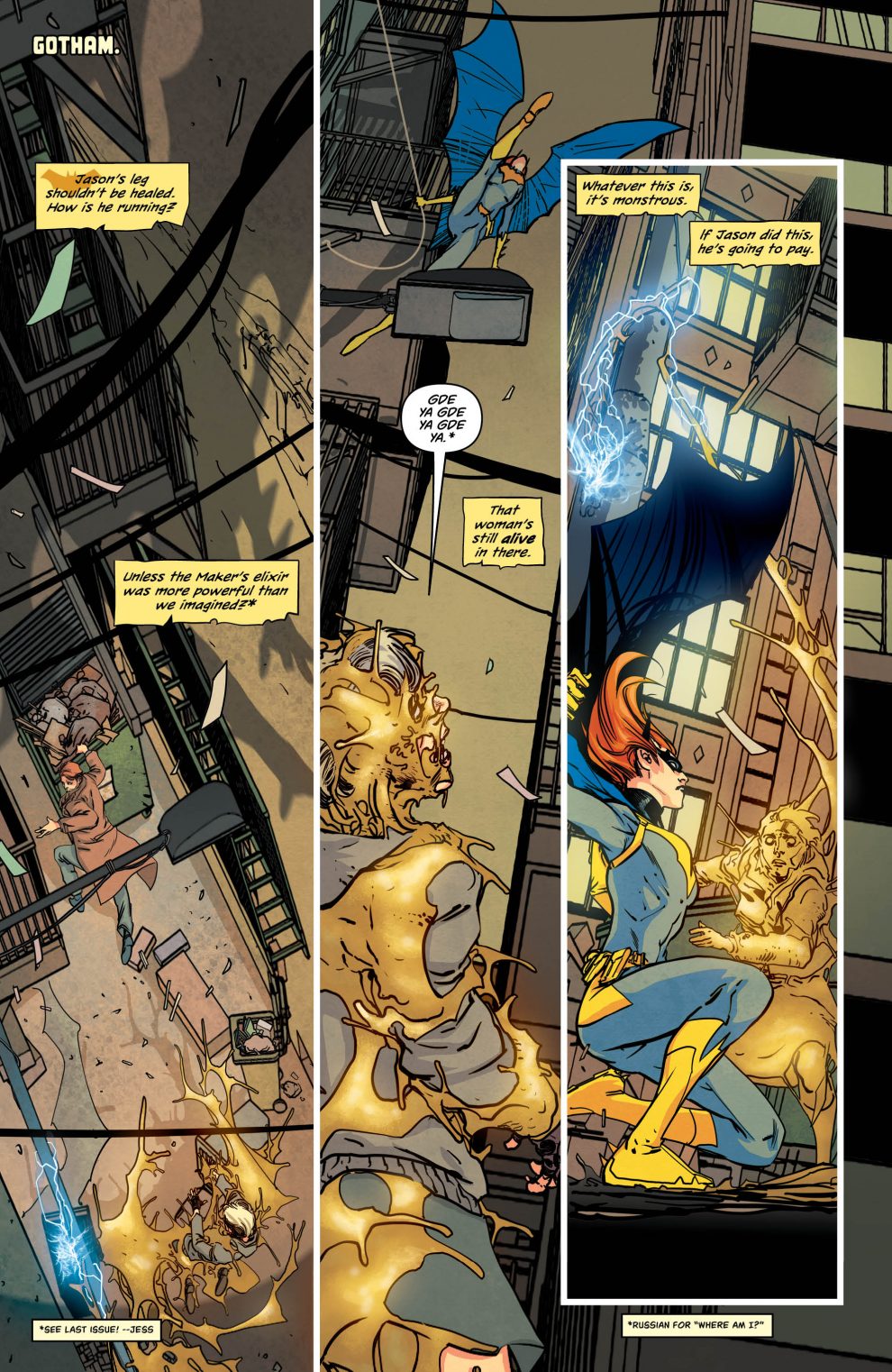 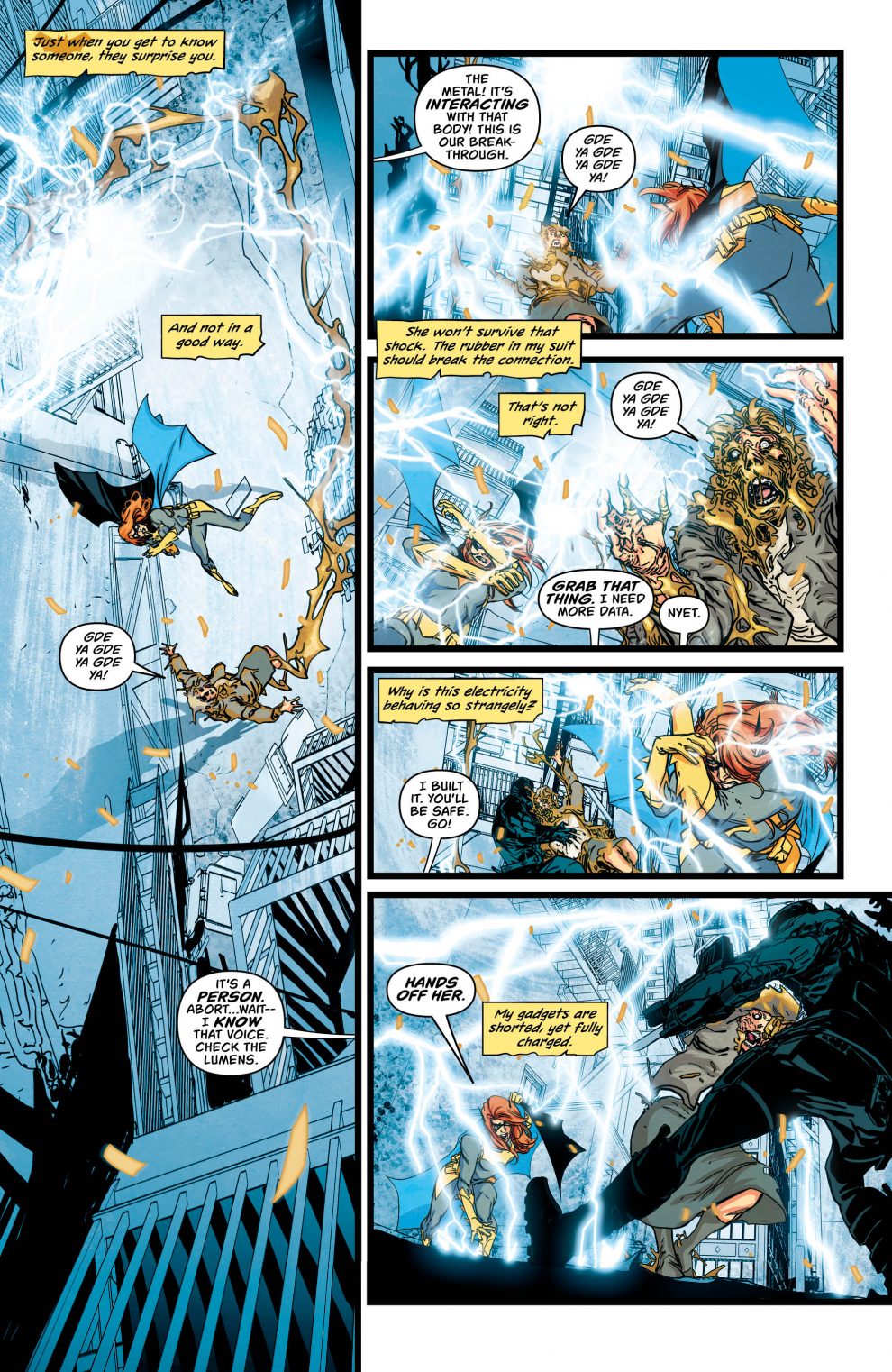 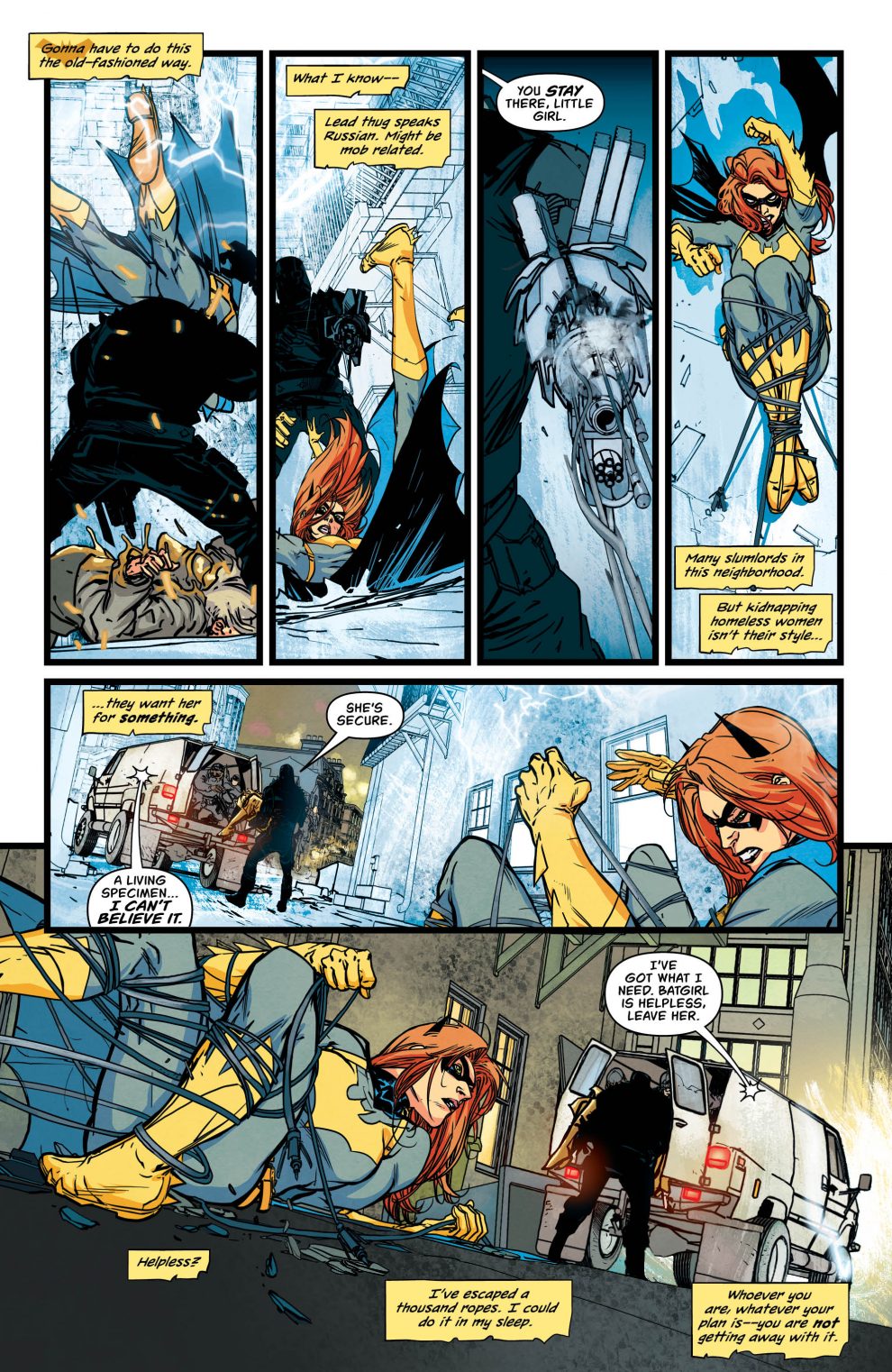 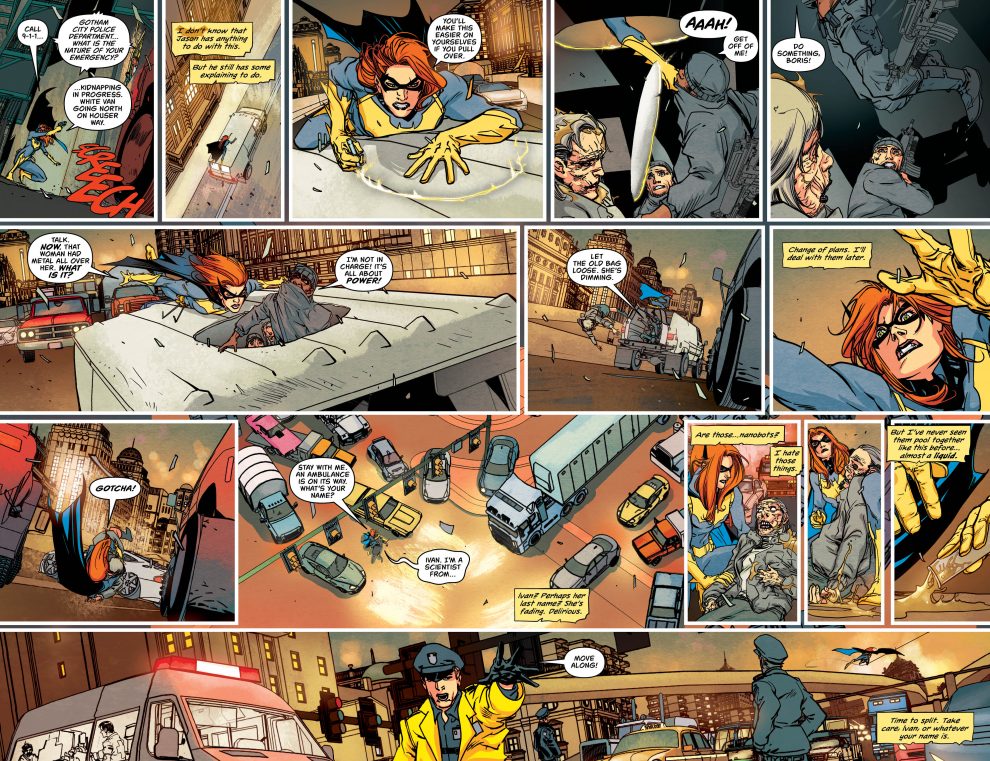 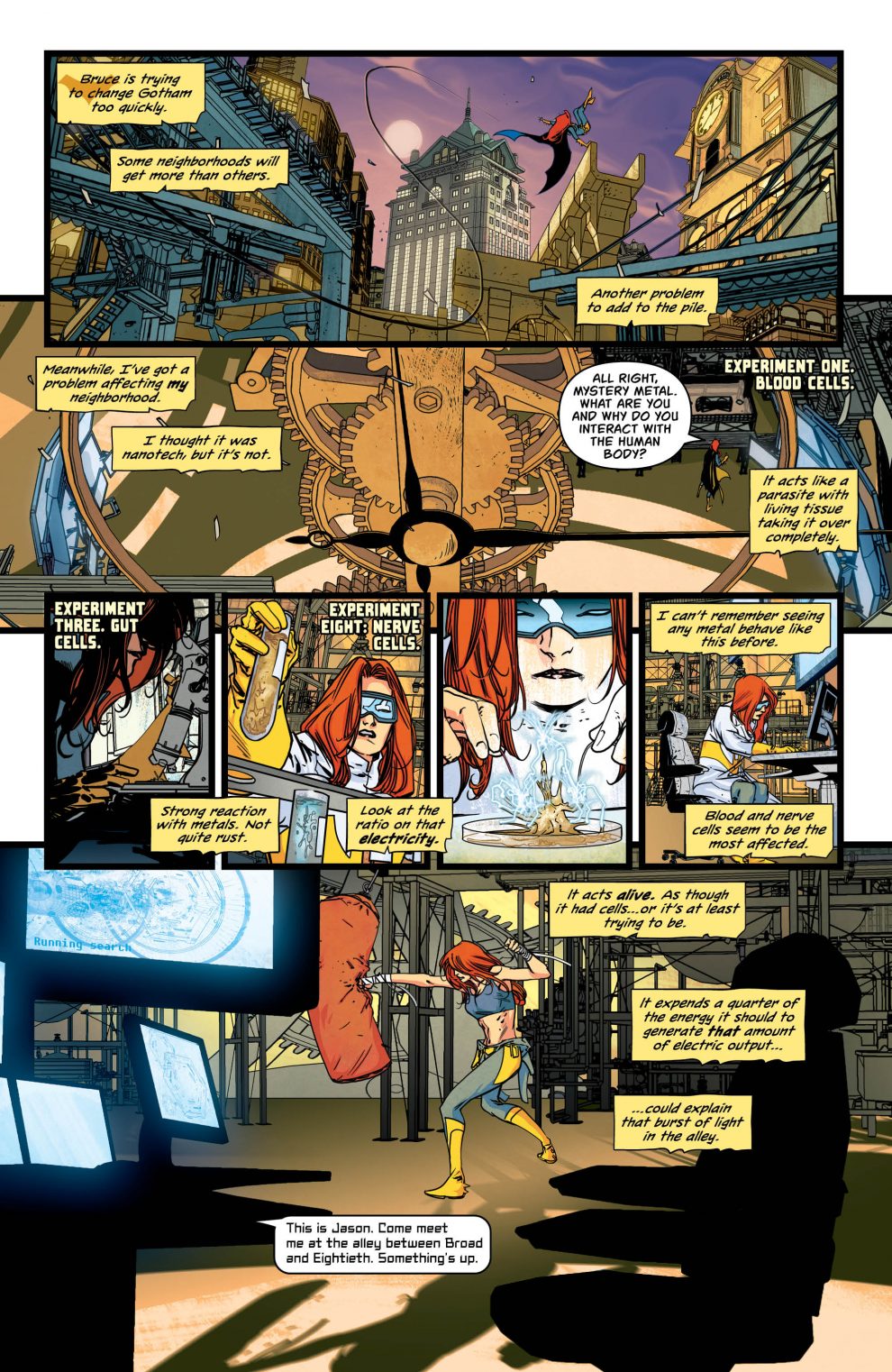 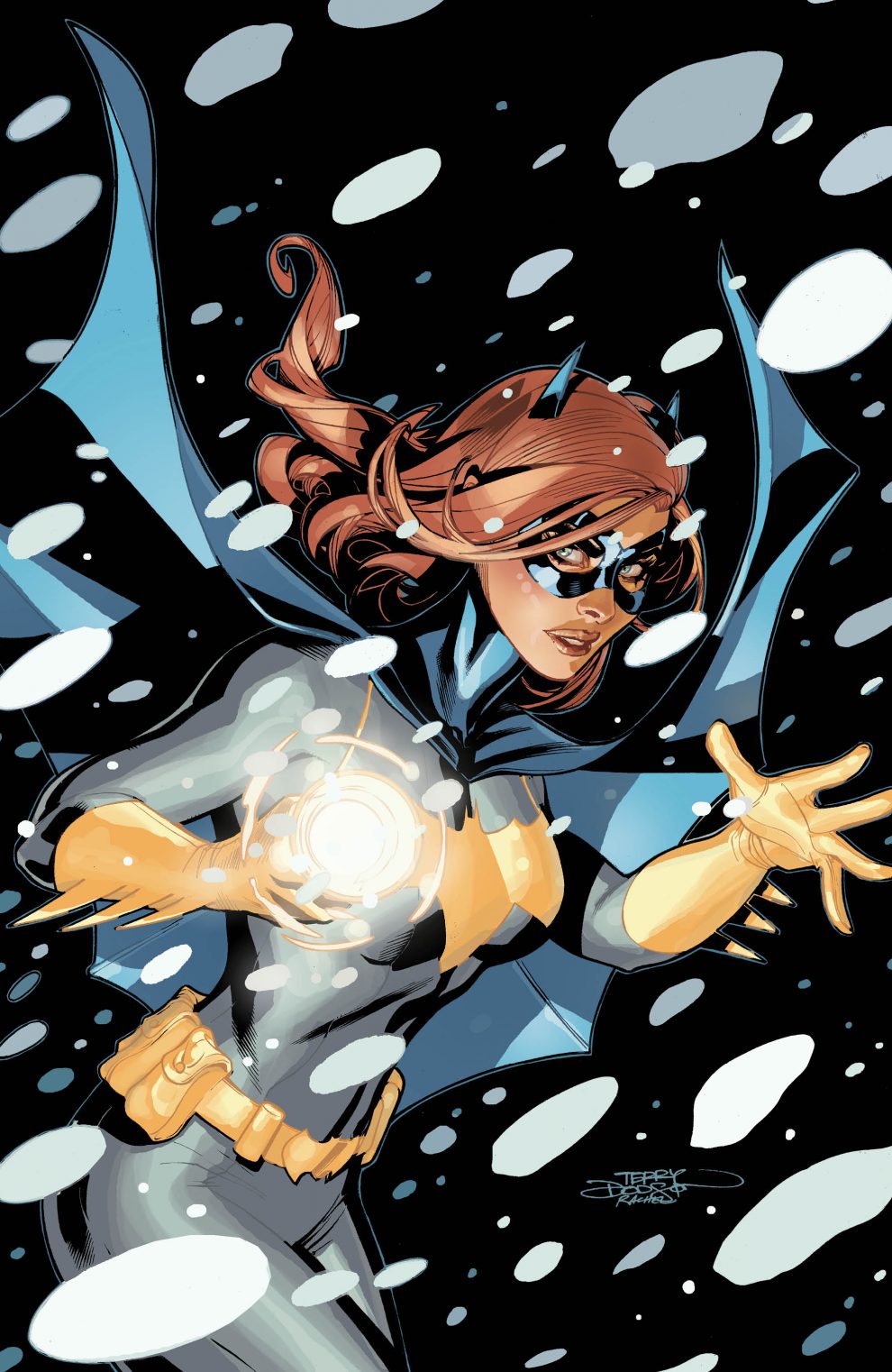 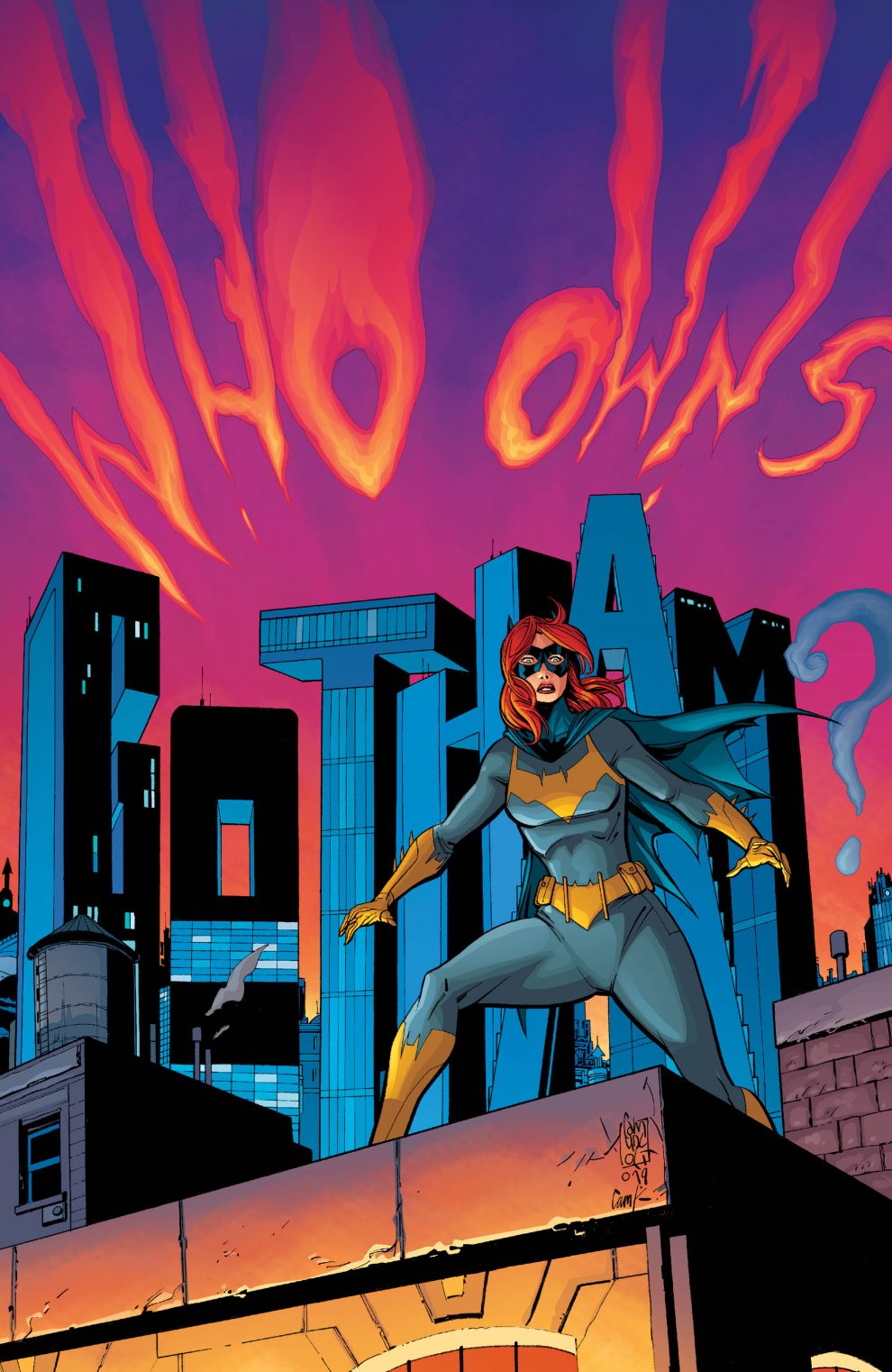 Batgirl has a very strong monologue in this issue, and it stands to reason that she can work anything out in her head… if she just thinks about it long enough. With a little help from the well written and explained tech she has in her headquarters/really cool clock tower. Cecil makes sure we know all of Barbara’s thought process, so we can follow along with her and uncover the mystery, as Batgirl does. Giving the reader the opportunity to figure out what might happen, as Barbara does, but if you don’t get it there is no need to worry. Batgirl will be there with the save, having figured out what the bad guys are up to with their creepy plans.

Gotham is a Melting Pot

We have an old favourite back as an artist in Batgirl #45. Carmine Di Giandomenico and Jordie Bellaire have created a stunning issue. Not only do we get to see more of the Watchtower, all the cool tech and gadgets, but we get to see Barbara at work dealing with her day to day life. We haven’t been able to see much of that over the past couple of issues, so it was great to get back to the everyday. Di Giandomenico and Bellaire are also a great team when it comes to a fight sequence, as they deliver a great one in Batgirl #45. It might even have a special surprise tucked in there too!

I didn’t think Cecil Castellucci could hook me anymore with her plot lines, especially not after the dragon. I’m happy to be wrong. There are many moving parts to what’s happening here. Batgirl’s crime fighting life is coming into contact with Barbara’s work and love life, and a new villain on the block with a weird new way of hurting the citizens of Gotham has reared her head. Batgirl might just have a bit of trouble with this one, but check in next issue to find out!