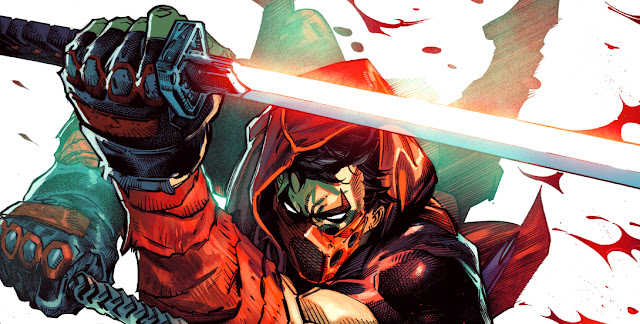 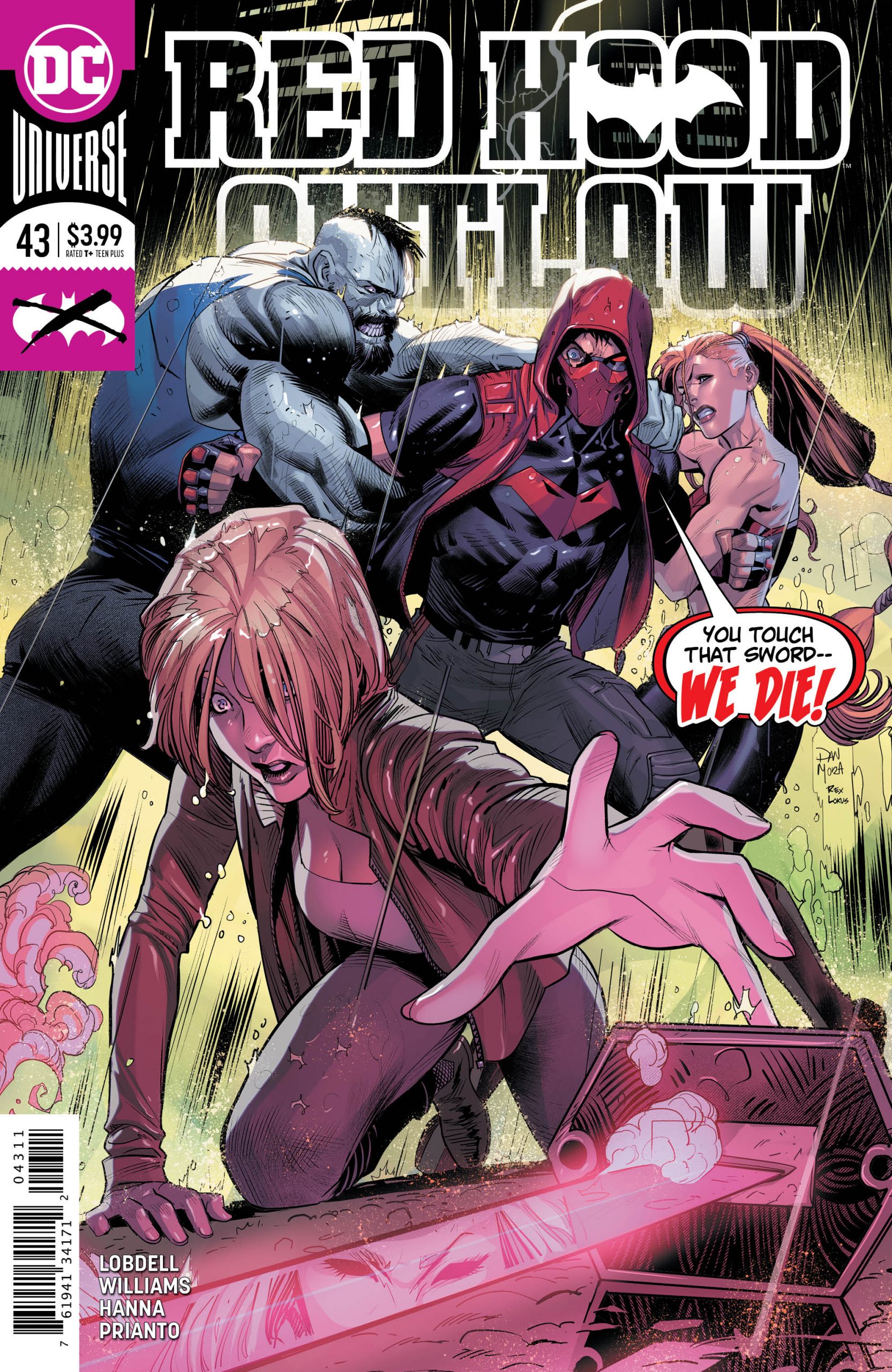 Jason, Artemis and Bizarro: Three’s company. The Triangle of awesome. Back in action, and back to work, THEY. ARE. BACK! Okay, okay… I’m just super excited to see the disaster squad back together again. Red Hood Outlaw #43 really puts the team through their paces for their first “mission” alongside each other in far too long.

Who you calling Mortal?

Scott Lobdell, you are awesome. All of the dialogue in Red Hood Outlaw #43 is hilarious and completely in-tune with the characters. Yes, I’m starting early on the praise train for this issue… Choo-Choo! Lobdell’s depiction of Bizarro really stands out to me in this issue, and I loved everything that came out of his speech bubbles. I think we might be seeing a new, and maybe slightly improved, version of some characters here. 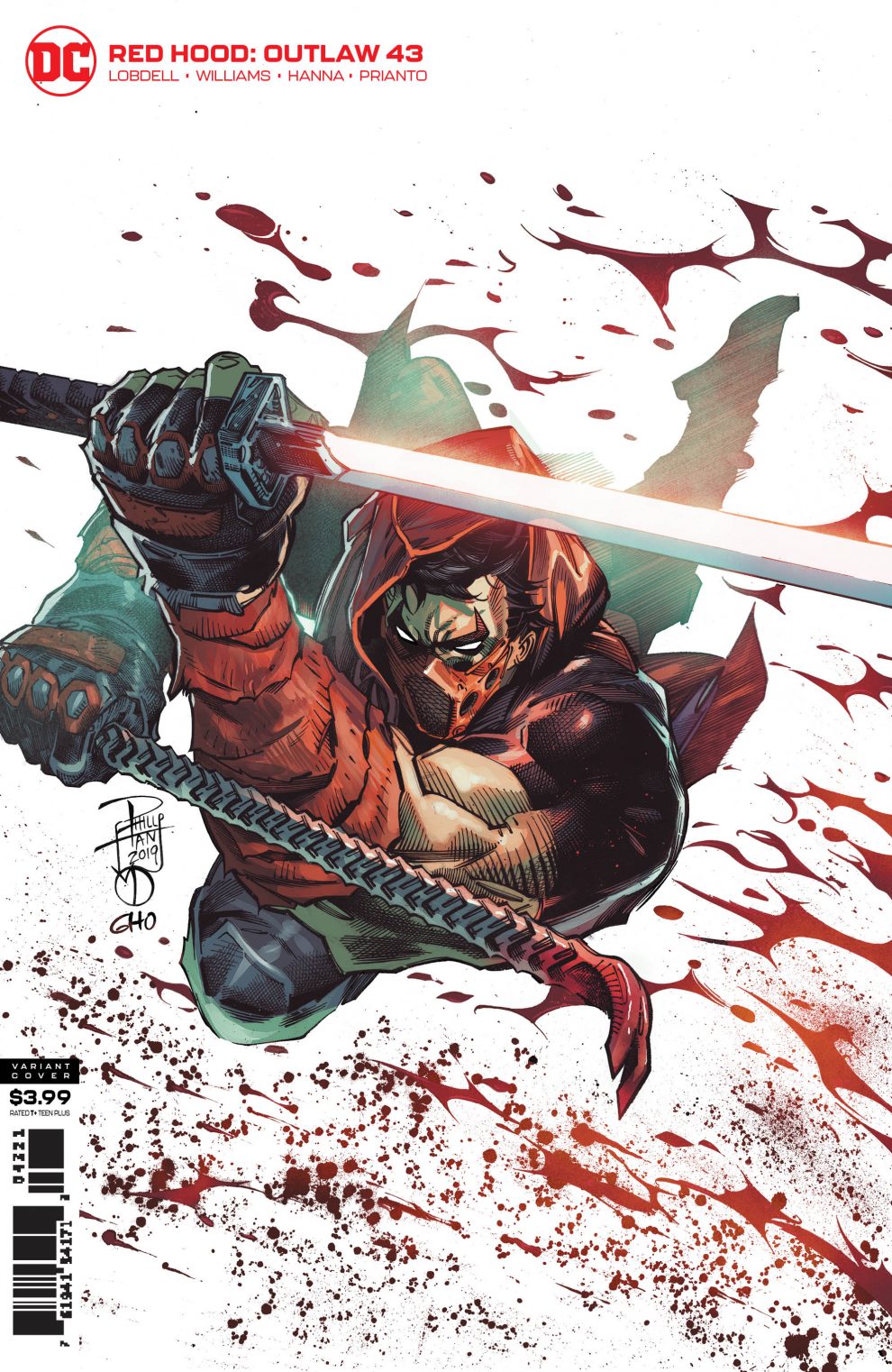 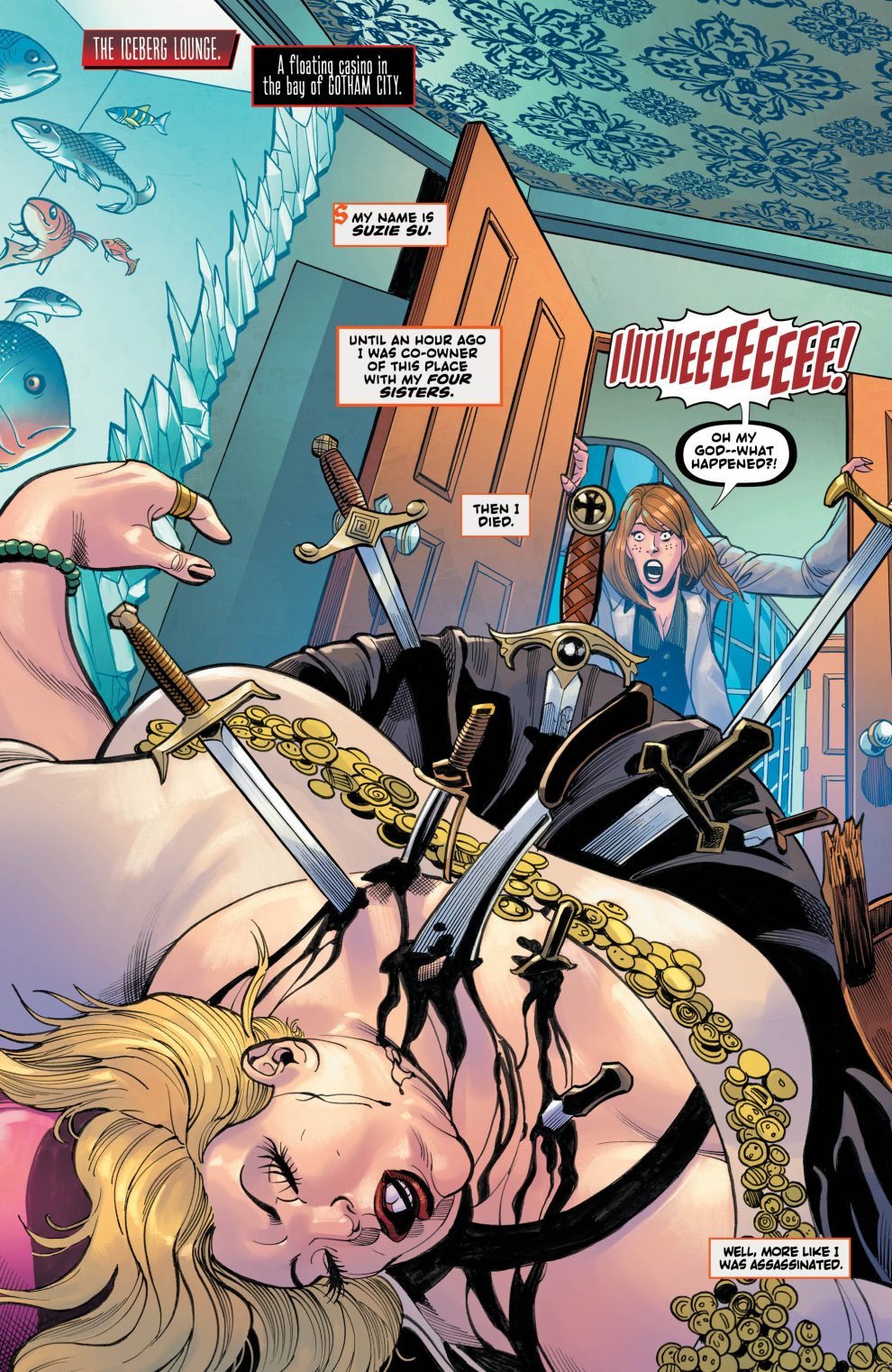 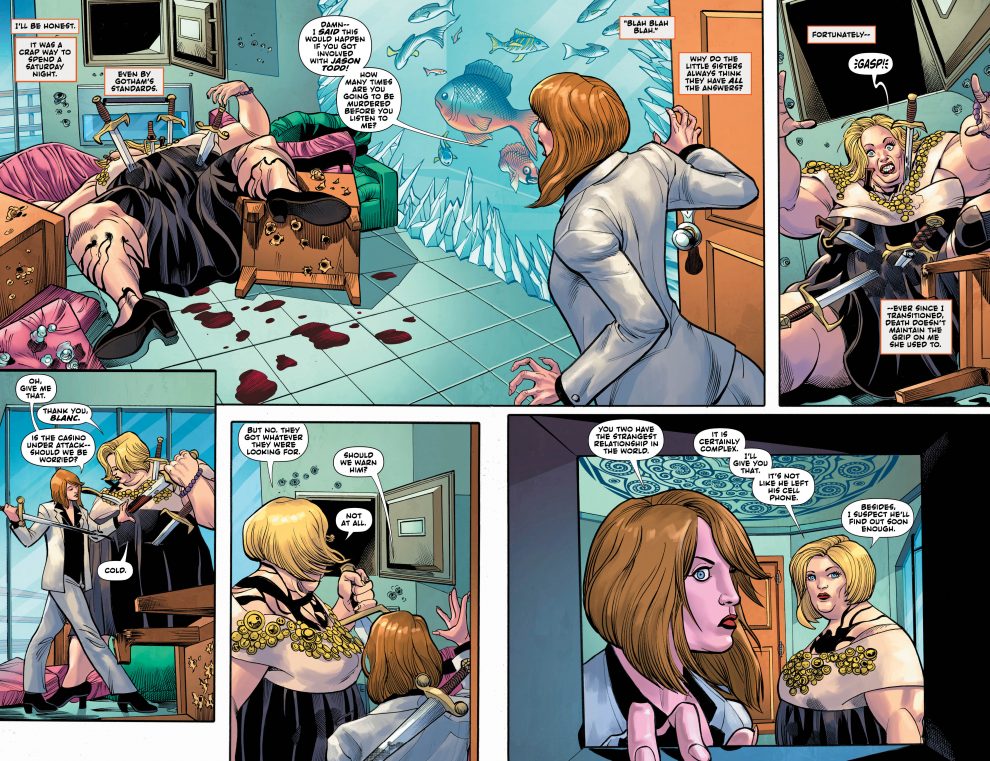 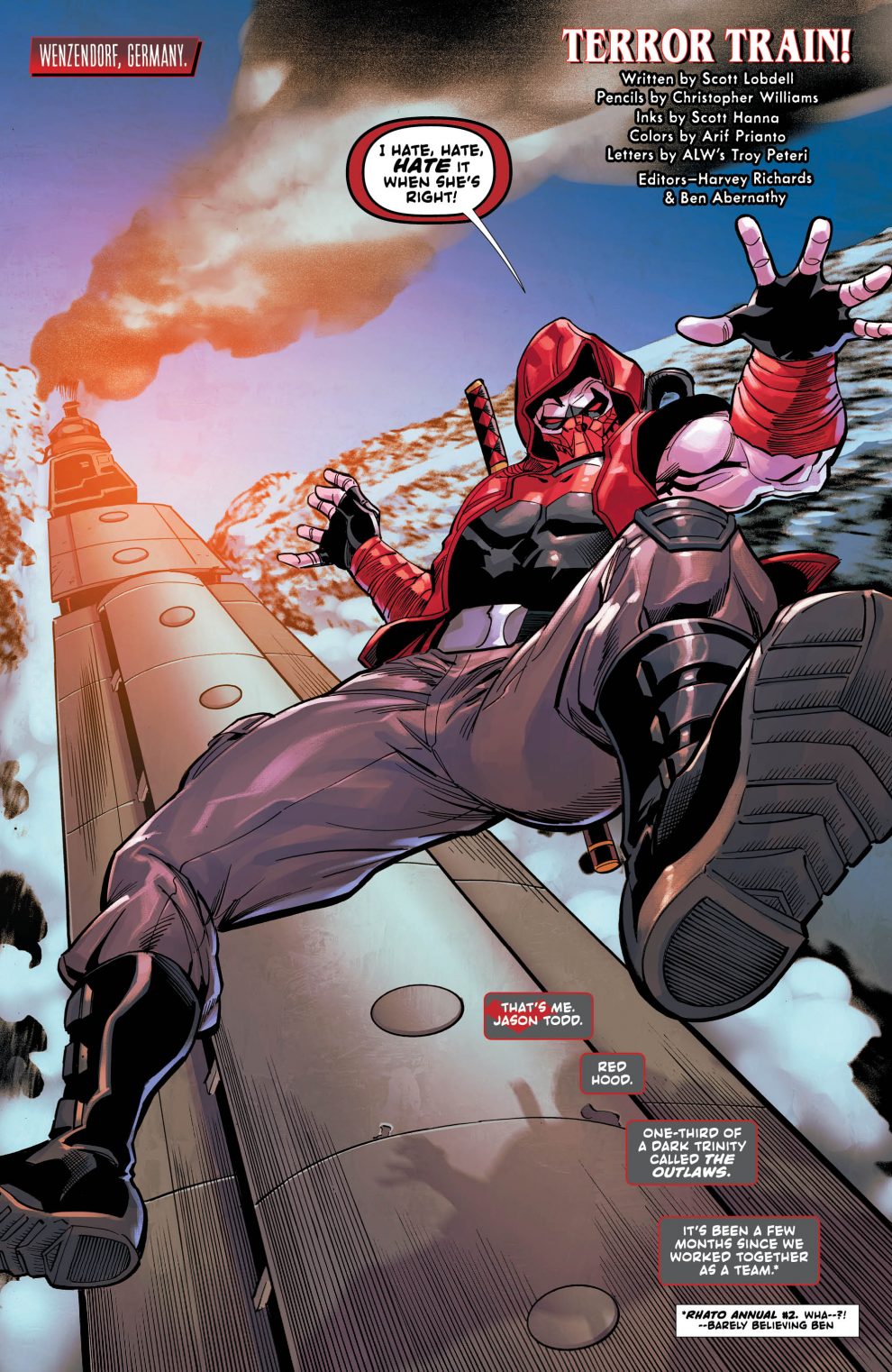 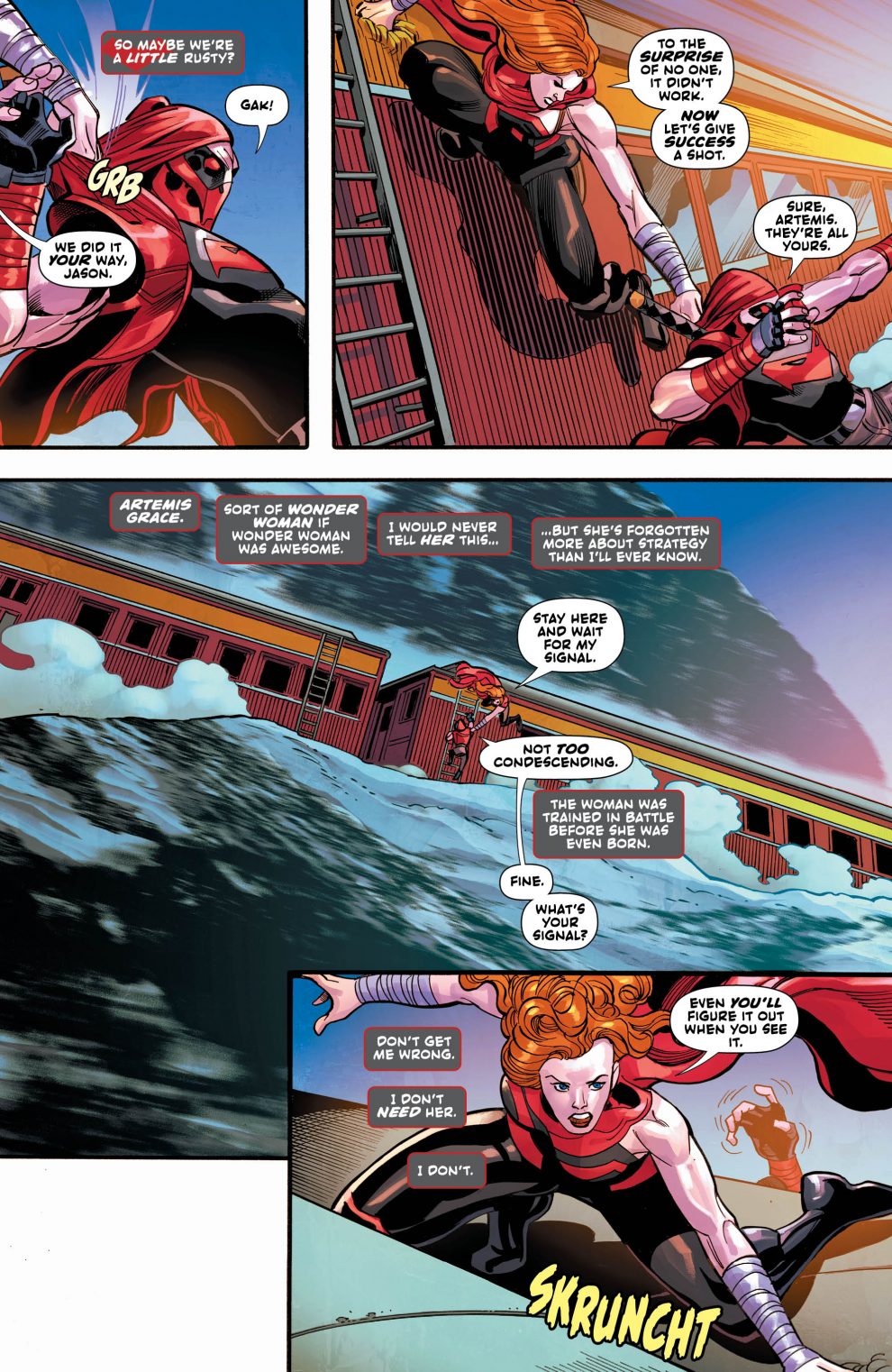 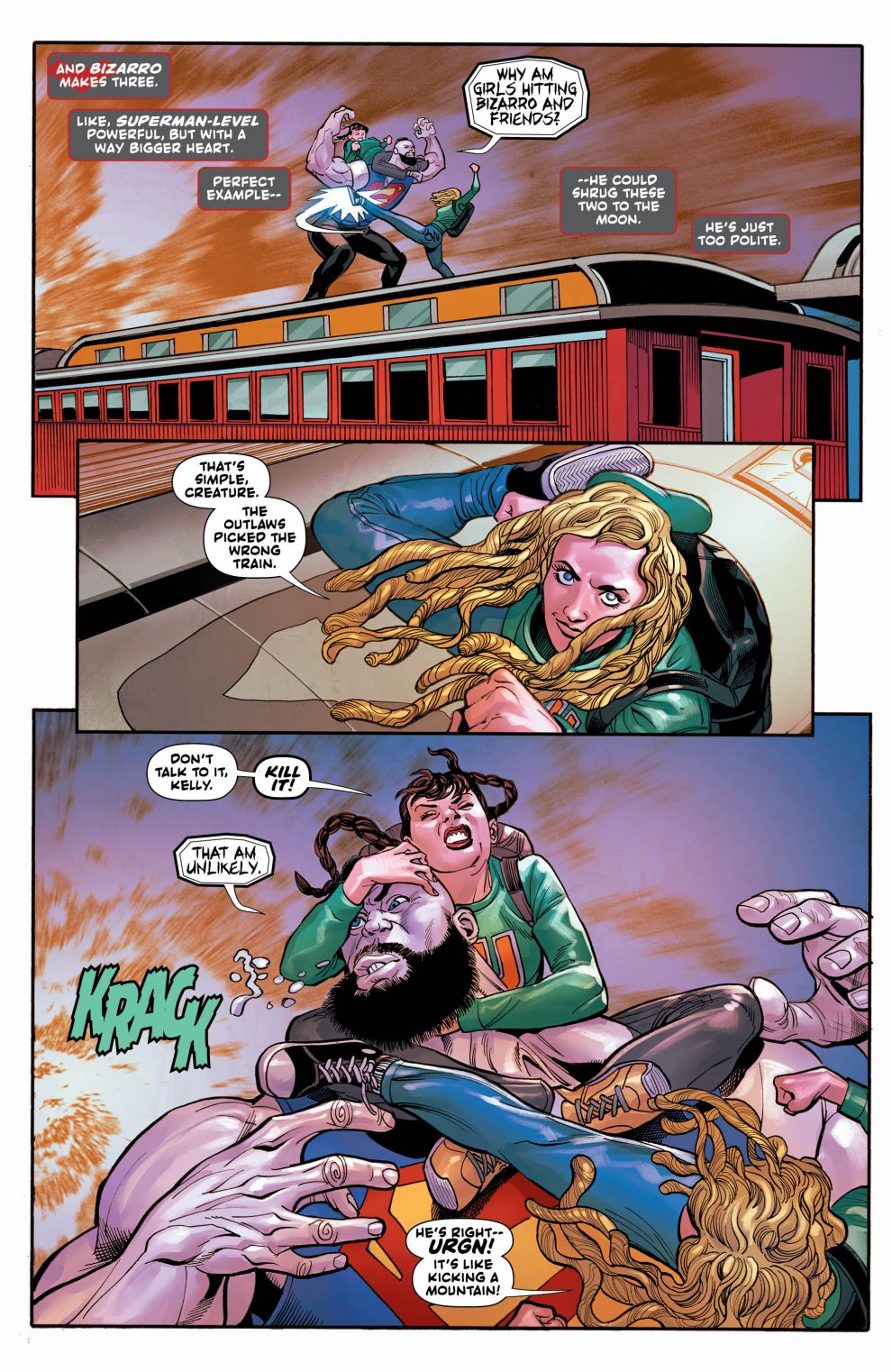 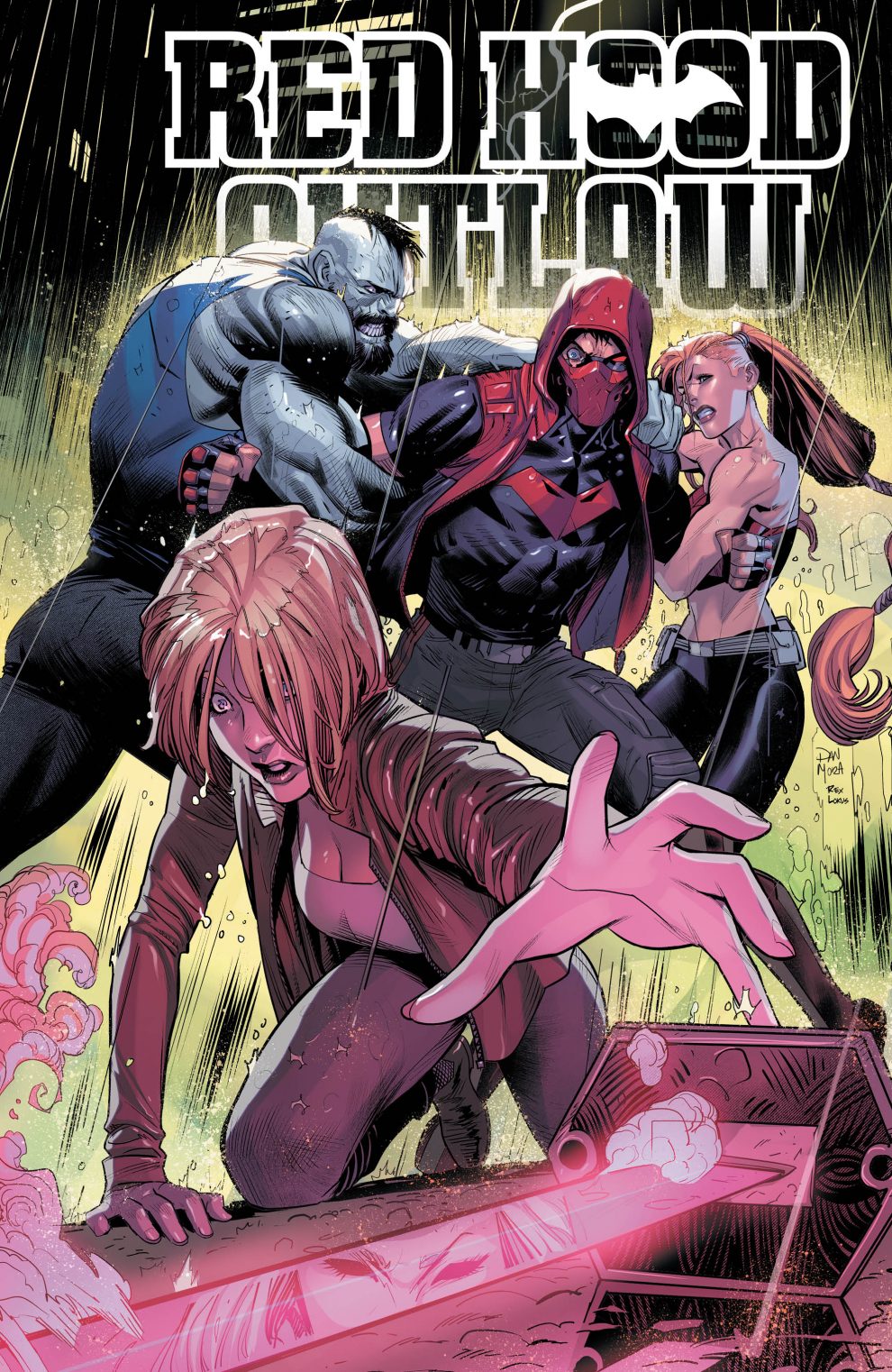 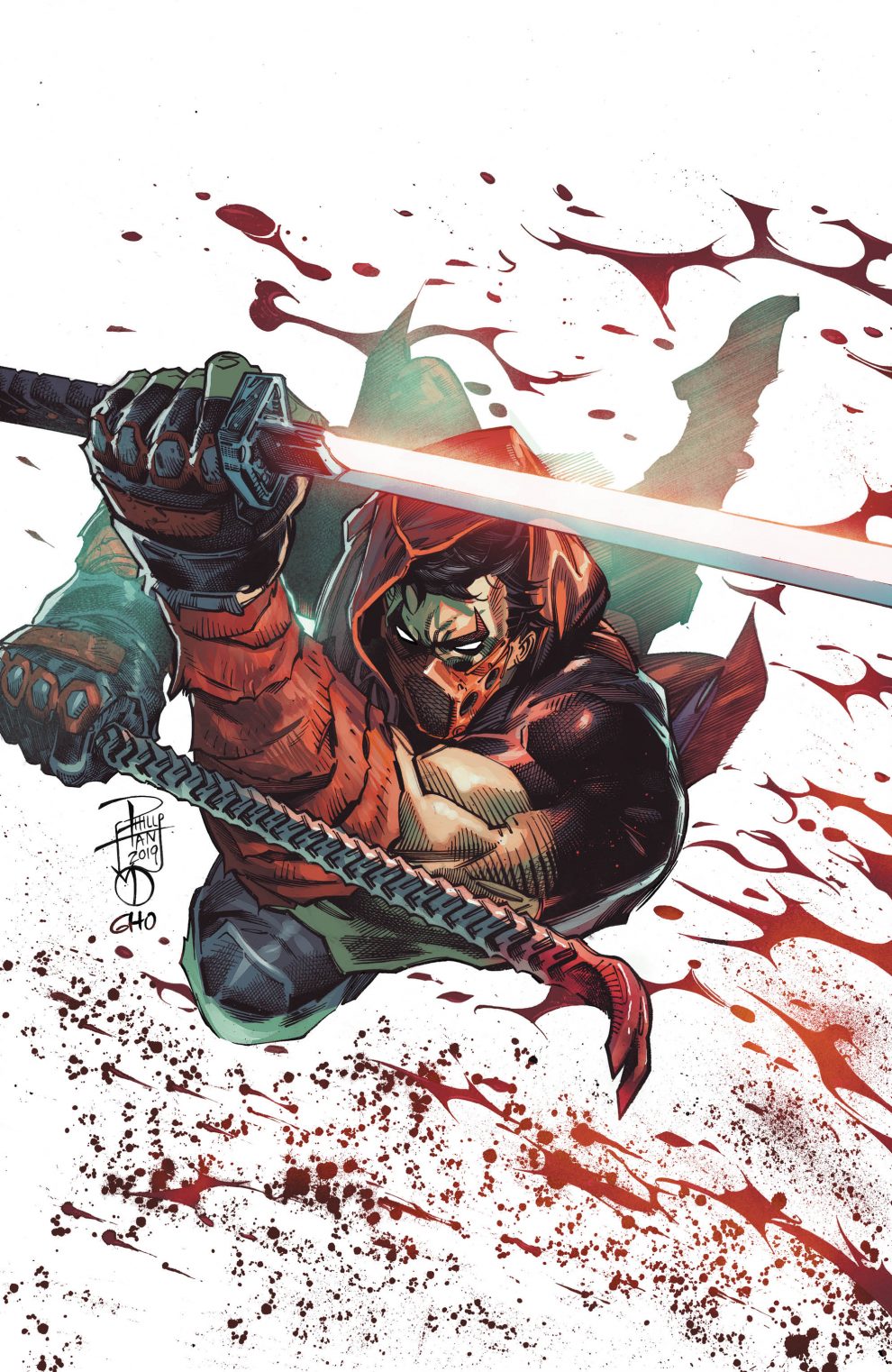 Scott really has a knack for writing his guest characters as well. We get scenes with people not part of the main triumvirate, and every single one of them is great! We spent time with a whole cast of characters in Red Hood Outlaw #43 and I, for one, am glad we got to catch up with them. They do, however, leave me with even more questions about what’s going to happen next, but I’m not worried… Lobdell has it covered.

There was so much going on in this issue, I was super impressed with the detail Christopher Williams put into the backgrounds of his panels, and the shadows and highlights used by legendary inker Scott Hanna really highlighted all of it. Arif Prianto’s color art, particularly when the team was outside vs when they were inside, is insane. The motion blur used on the background to show the “Terror Train” moving at high speed pace was such a nice detail to add in.

I’m in love with the writing style of Scott Lobdell, he really has a way of making the characters jump off the page. I want to jump into the page, so that I can be an Outlaw! I’m very interested to see how Jason, Artemis and Bizarro get back to their old “normal” team dynamic and how that will affect everyone else that had a side role in Red Hood Outlaw #43, because I’m hooked!